Once again the photo tank is getting close to empty, so please send in your wildlife photos.

Today’s odonate photos come from Mark Sturtevant, whose notes and IDs are indented. Click on the photos to enlarge them. Mark adds that you can see his most recent photos on his Flickr page.

Here is a set of dragonfly pictures that were taken two summers ago. I seek to photograph nearly any kind of arthropod, but my thoughts are never far from dragons.

Clubtail dragonflies are an enormous family. Most species are boldly marked with black and yellow, and then there is that ‘clubbed’ tail, although that is often not so distinct in females. This striking individual is a female arrow clubtail (Stylurus spiniceps). a species quite common in the ‘Magic Field’. The picture was focus stacked from a small number of pictures taken by hand.

There is a quick story attached to this find, which is that the dragonfly was found for me by another dragonfly. I was following a male dragonfly that wasn’t even a clubtail when it suddenly paused to inspect a branch before moving on. On that branch was this fine female arrow clubtail! I have seen before that males are very attuned to spotting other dragonflies in their endless pursuit of a mate, so I’ve learned to watch their behavior to help me find a perched dragonfly that I would have overlooked. 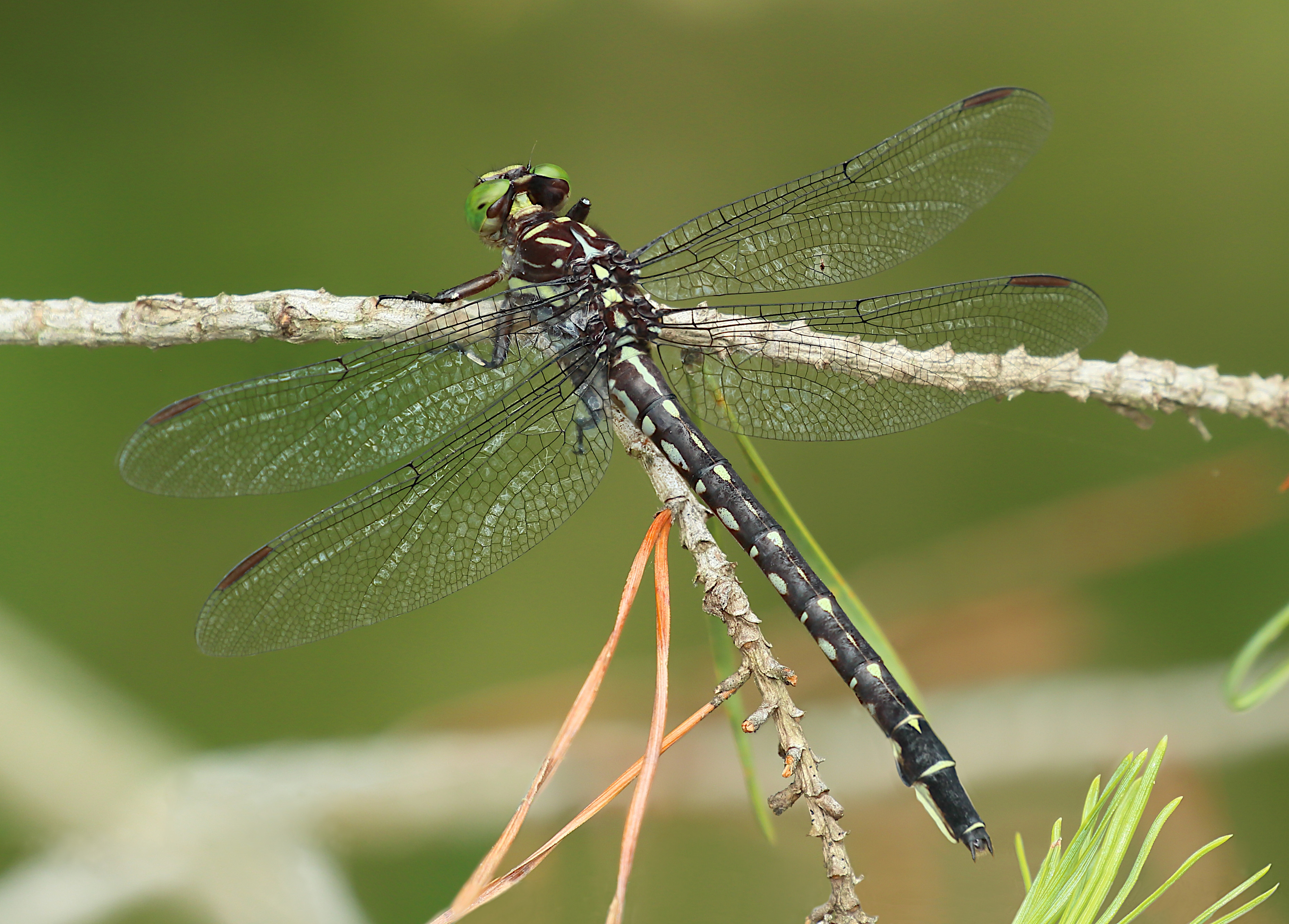 The next picture is another clubtail, and a goal of mine is to get better pictures of it. This is a male Dromogomphus spinosus, but its common name is black-shouldered spinyleg. The name is very literal, as you can see from its shoulders and wicked looking hind legs. 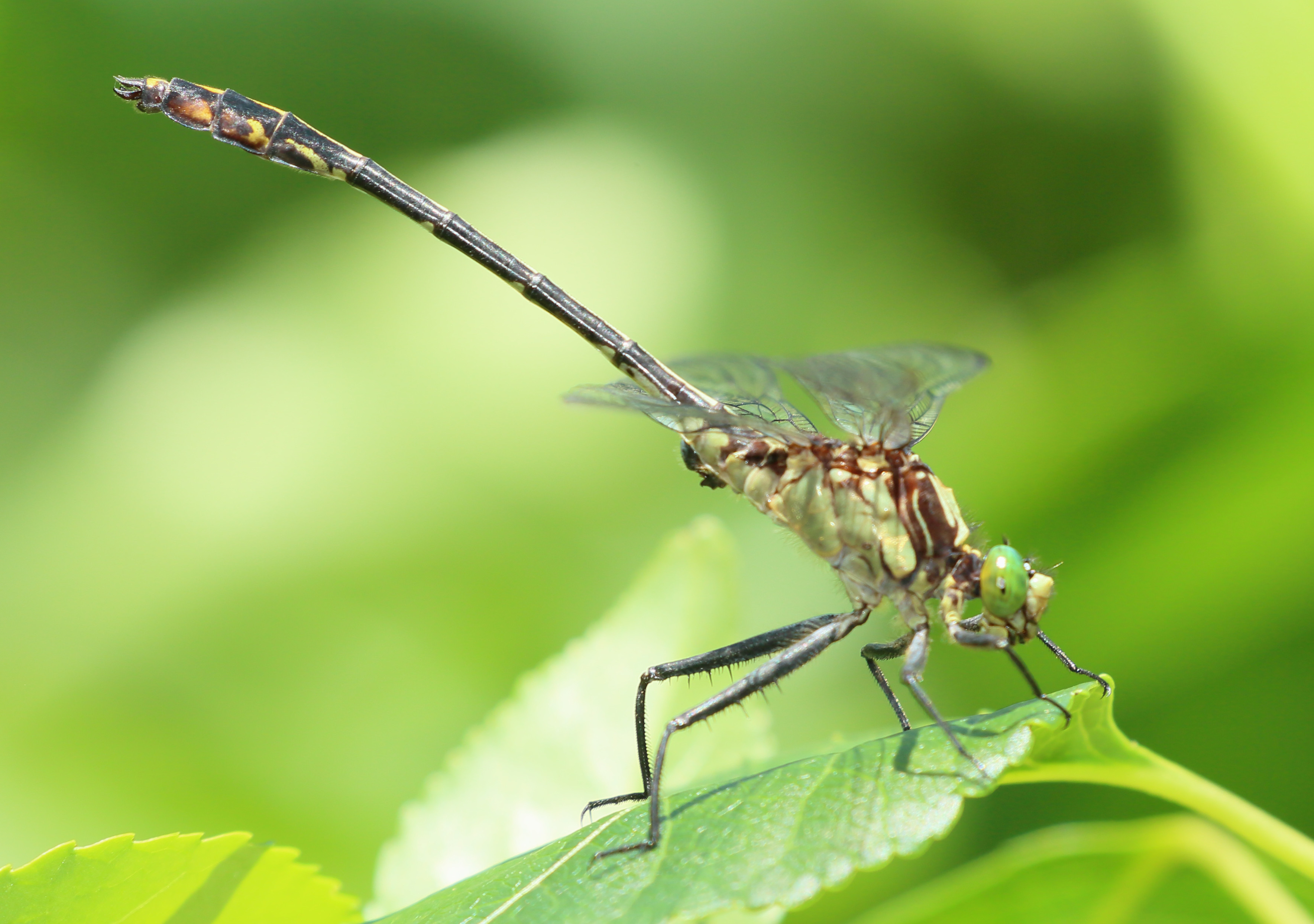 The next two pictures are different species of “mosaic darners”, which are a group of darner species with intricate markings and a strong resemblance to one another. The first is a male green-striped darner (Aeshna verticalis); the second is a female lance-tipped darner (Aeshna constricta) – at least that is what I think they are, and I could easily be wrong. Other than the differences in appendages at the rear of the abdomen, which mainly identify the sex, there is scarcely a difference. You can’t rely too much on the slightly different colors since that is pretty variable. 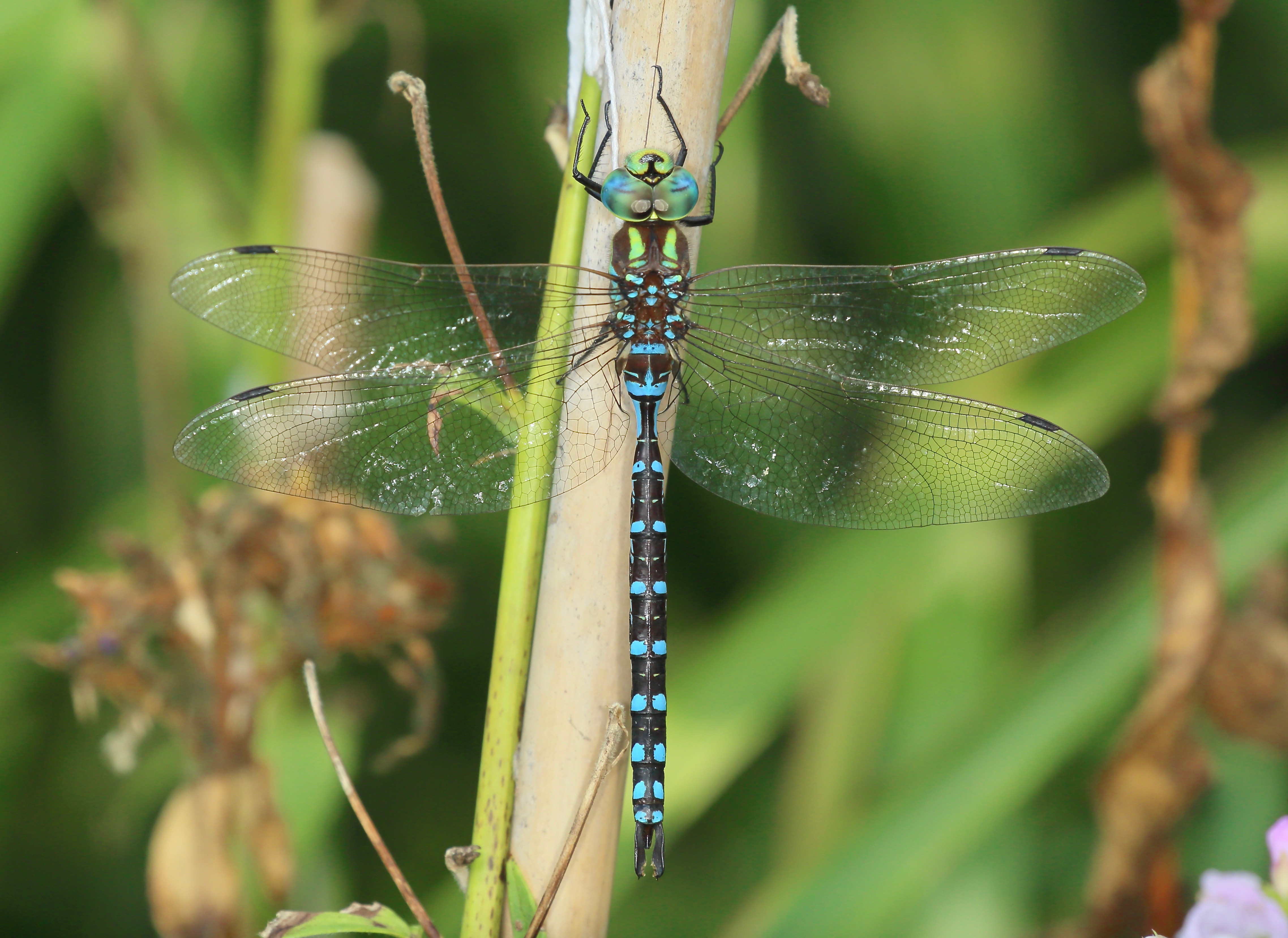 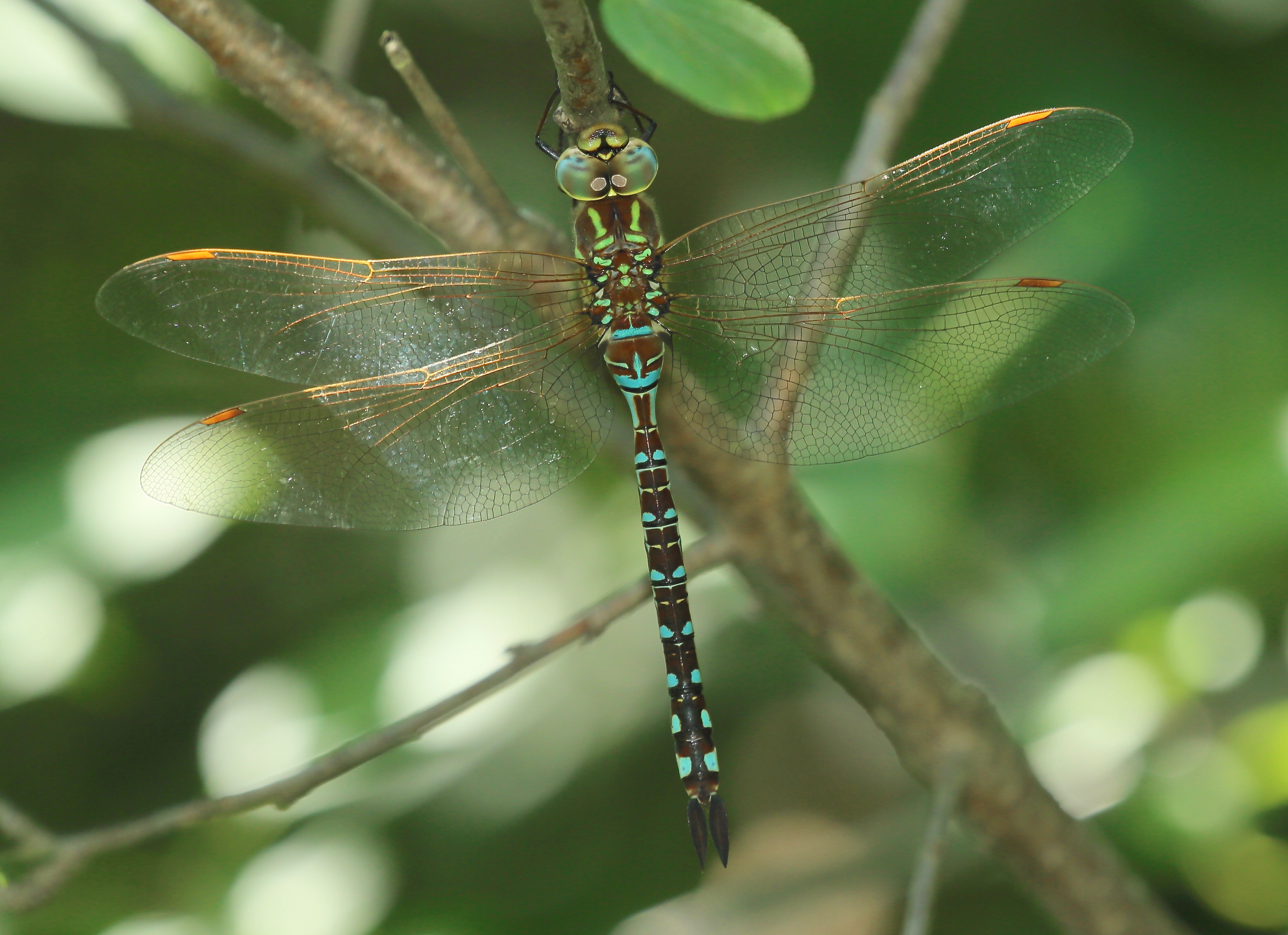 I was out photographing insects with a camera buddy. After a long summer day goofing off in fields and woods with cameras, we were slogging it back to the parking lot when a drab and “fluttery” dragonfly landed along the trail right in front of us. What the heck was this?? It was a female fawn darner (Boyeria vinosa), a completely new species to me, and one I thought I might never see! Fawn darners are one of a small number of dragonfly species that become more active late in the afternoon. They will continue to fly well into dusk. 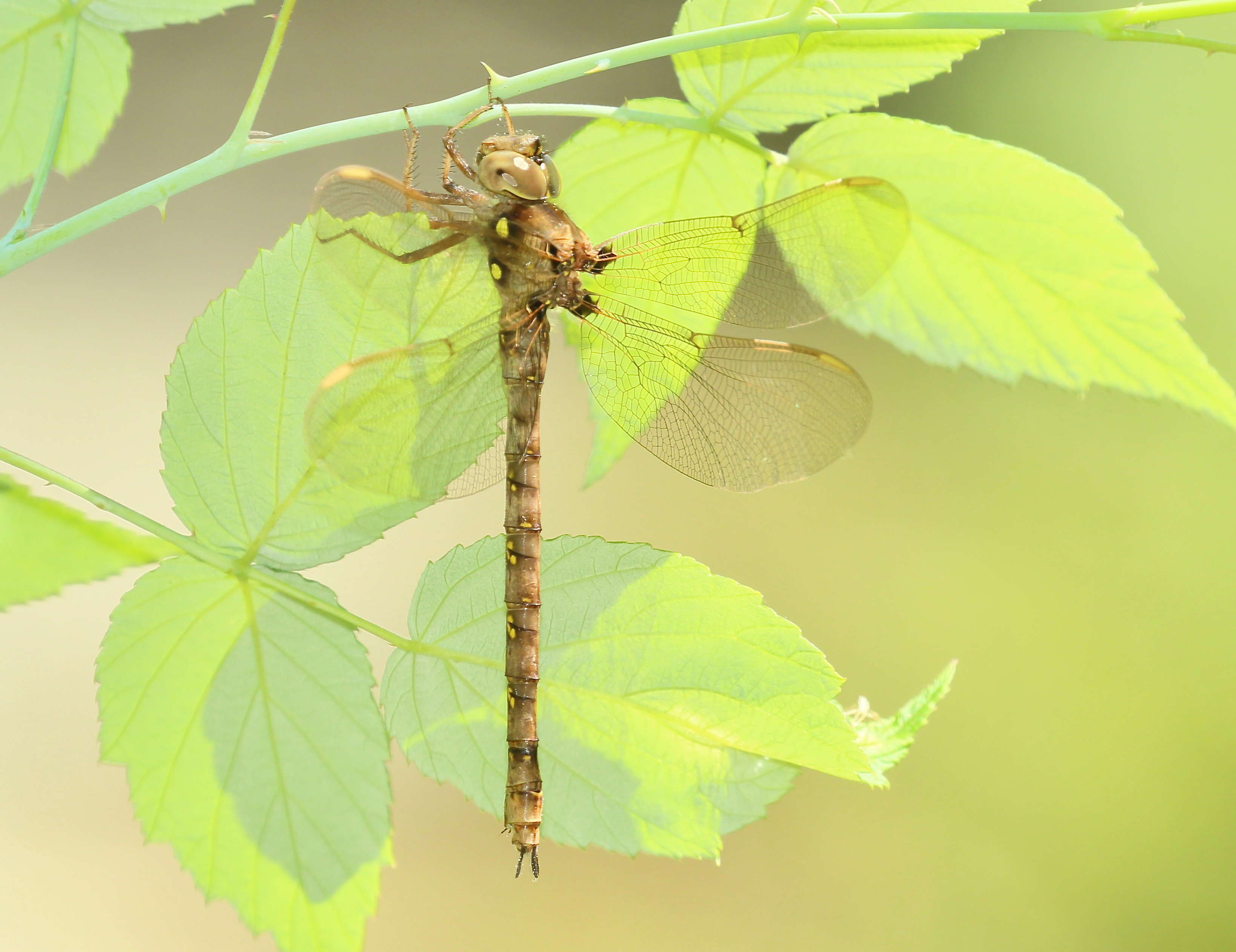 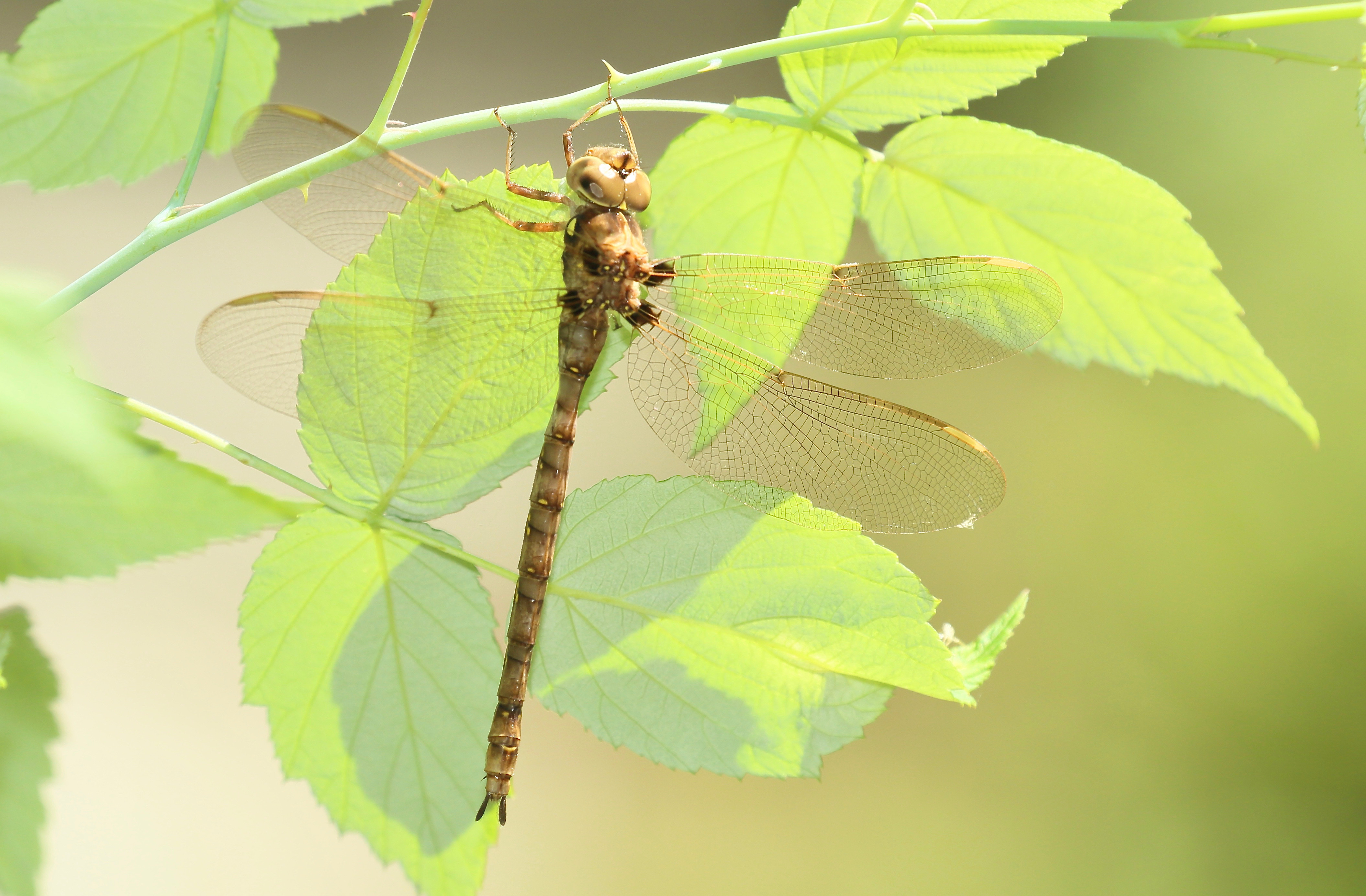 In closing, here are some egg laying pairs of green darners (Anax junius). While they were securing the next generation, a frustrated male was dive bombing them but I was never fast enough to catch that. 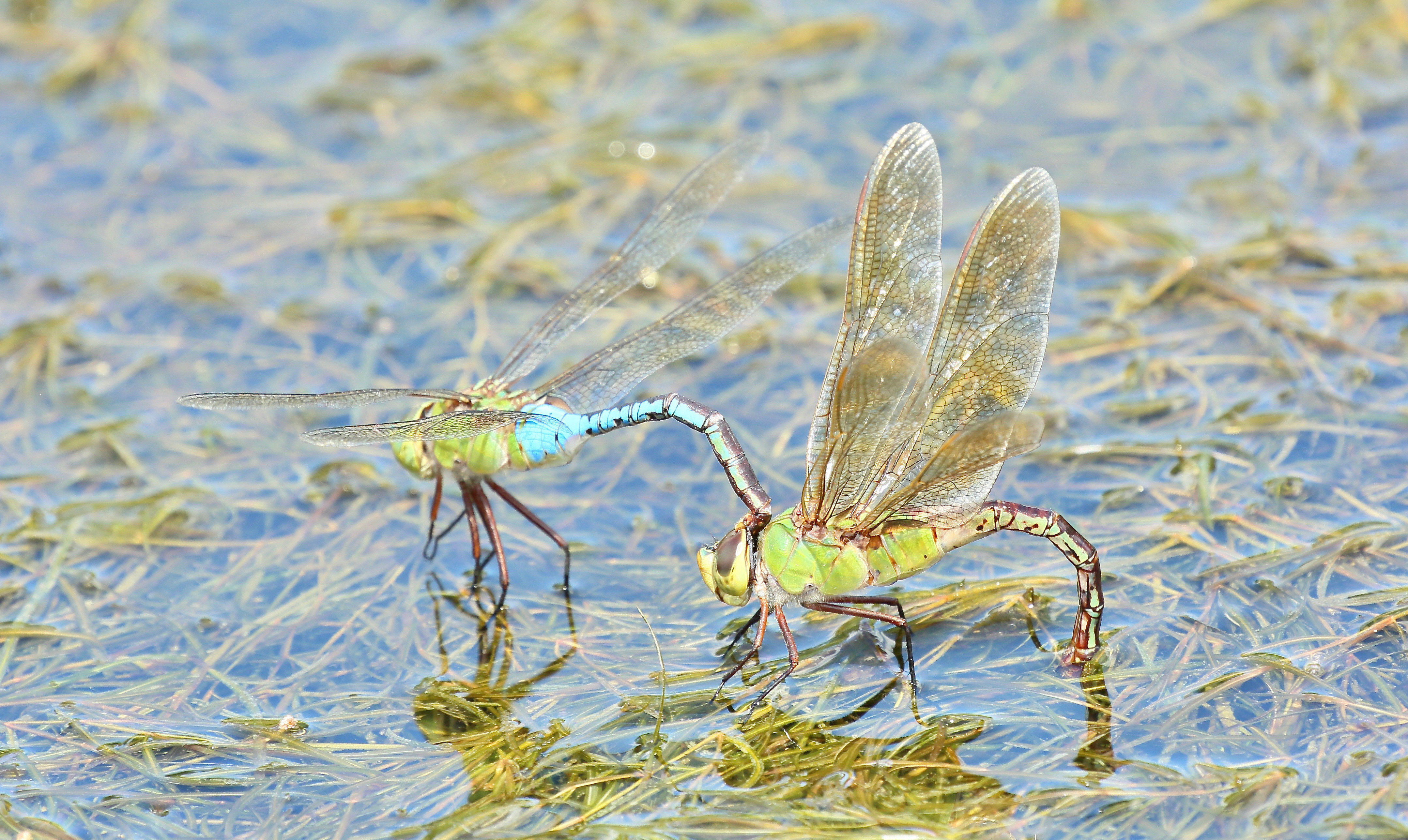 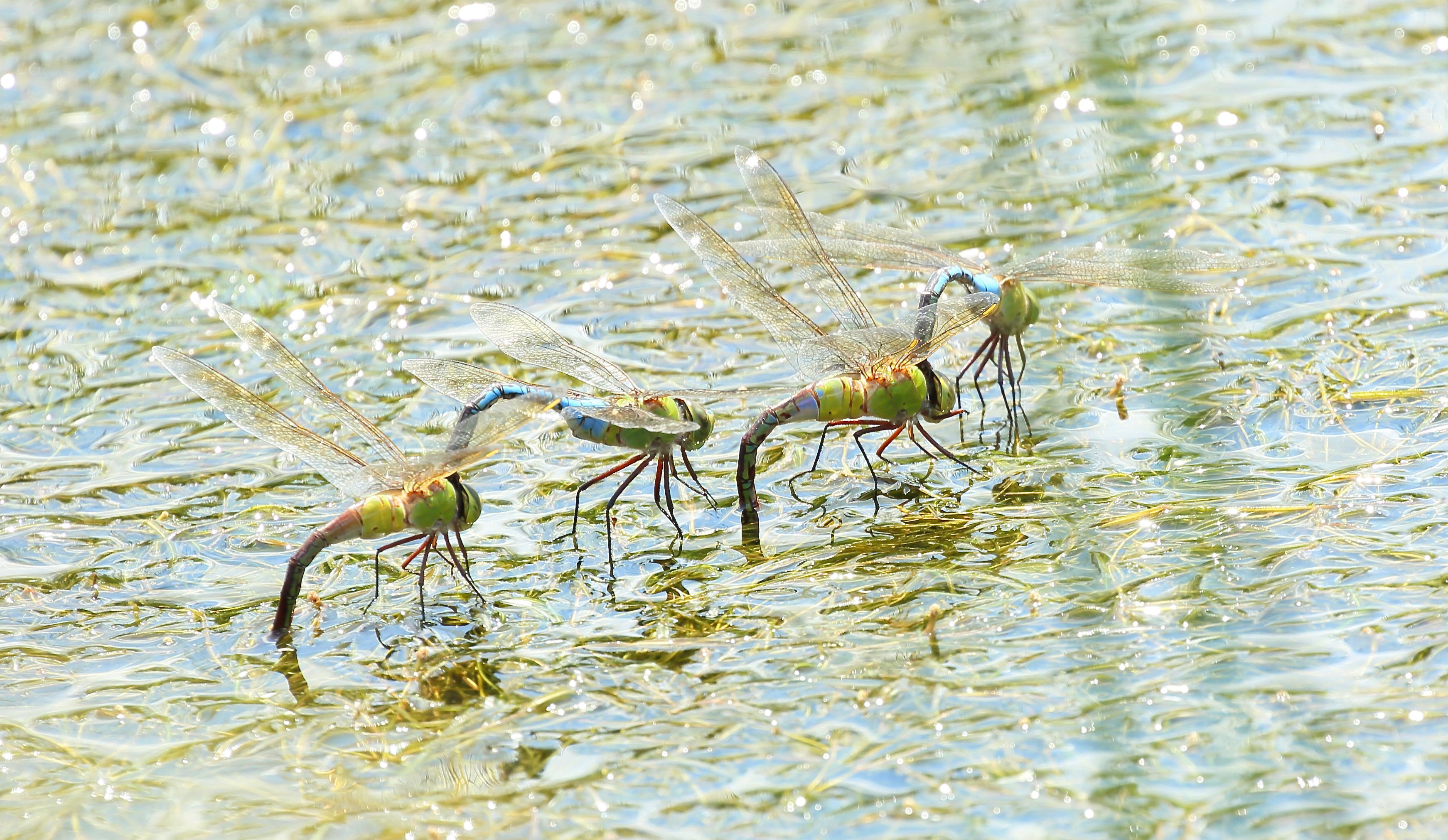