Here’s a 26-minute presentation from the Institute of Art and Ideas by neurophilosopher Patricia Churchland, someone whose work on consciousness I’ve always liked. I like it because she sees the problem of consciousness as not some kind of unsolvable philosophical mystery, but as a scientific problem whose solution comes down to this: if you understand what physiological and neurological phenomena give rise to consciousness and the perception of qualia (sensations), you’ve already solved the problem. What is required for us to be conscious is THE explanation of consciousness, and the rest is commentary. Or so I think.

Here are the website’s notes on her talk:

Have you ever made a decision and wondered why you made it? Or wondered where your morality comes from? Renowned philosopher of mind and founder of Neurophilosophy Patricia Churchland takes us on a journey into the brain, the nature and data of morality and the origins of nonconscious decision-making.

Patricia Churchland is a the distinguished founder of neurophilosophy. A pioneer of eliminative materialism, Patricia heralds a radically different way to understand the brain, arguing that ideas like pure morality and reason will eventually be abandoned in favour of a purely scientific view of the human mind.

Because of her mechanistic approach to the problem, she analyzes and explains what we know about the neural basis of consciousness and unconsciousness.  How do anesthetics like propofol and ketamine work? What can restore consciousness when it’s vanished, as in comatose people? You may not consider this a satisfying approach to understanding consciousness, but it’s the only one that, in the end, will make inroads on the problem.

Churchland also discusses the neural basis of reinforcement learning, of pleasure (the interaction of dopamine with specific neurons), and of maintaining life goals (a conscious phenomenon) as well as attaining those goals (unconscious processes, as are the “execution of well-honed skills”).

I was pleased to see criticize panpsychism several times; that’s the harebrained idea that every bit of the universe, including electrons, rocks, and pizza, is conscious. I won’t embarrass the purveyors of this nonsense by naming them, but Churchland tells us, correctly, that their approach to consciousness (roughly, “when the little conscious bits of matter get together in a brain, we get big-time consciousness”) tells us absolutely nothing about the mechanism of feeling pain, how anesthesia works, or other scientific questions about consciousness.

Click on the screenshot to her her short talk: 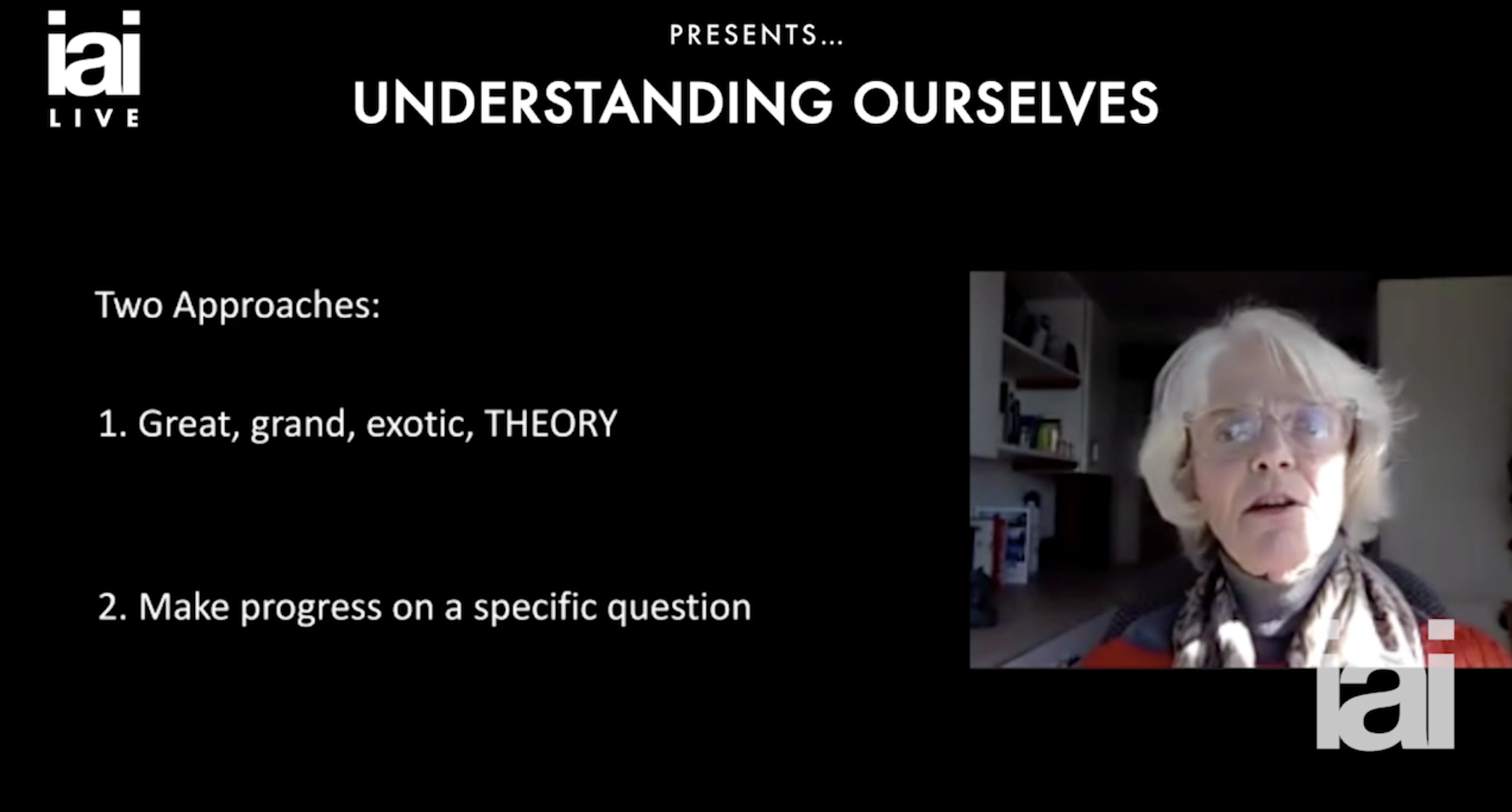 16 thoughts on “Patricia Churchland on consciousness and the brain”