I am running dangerously low on photos, and worry that I will have to cancel this feature or make it more sporadic. If you have good wildlife (or “street”) photos, please send them in pronto. If you’re an American, you have a long weekend coming up to peruse your photos.

All photographers’ words and captions are indented, and you can enlarge the photos by clicking on them.

We have a potpourri today, the first coming from reader Jonathan Storm. 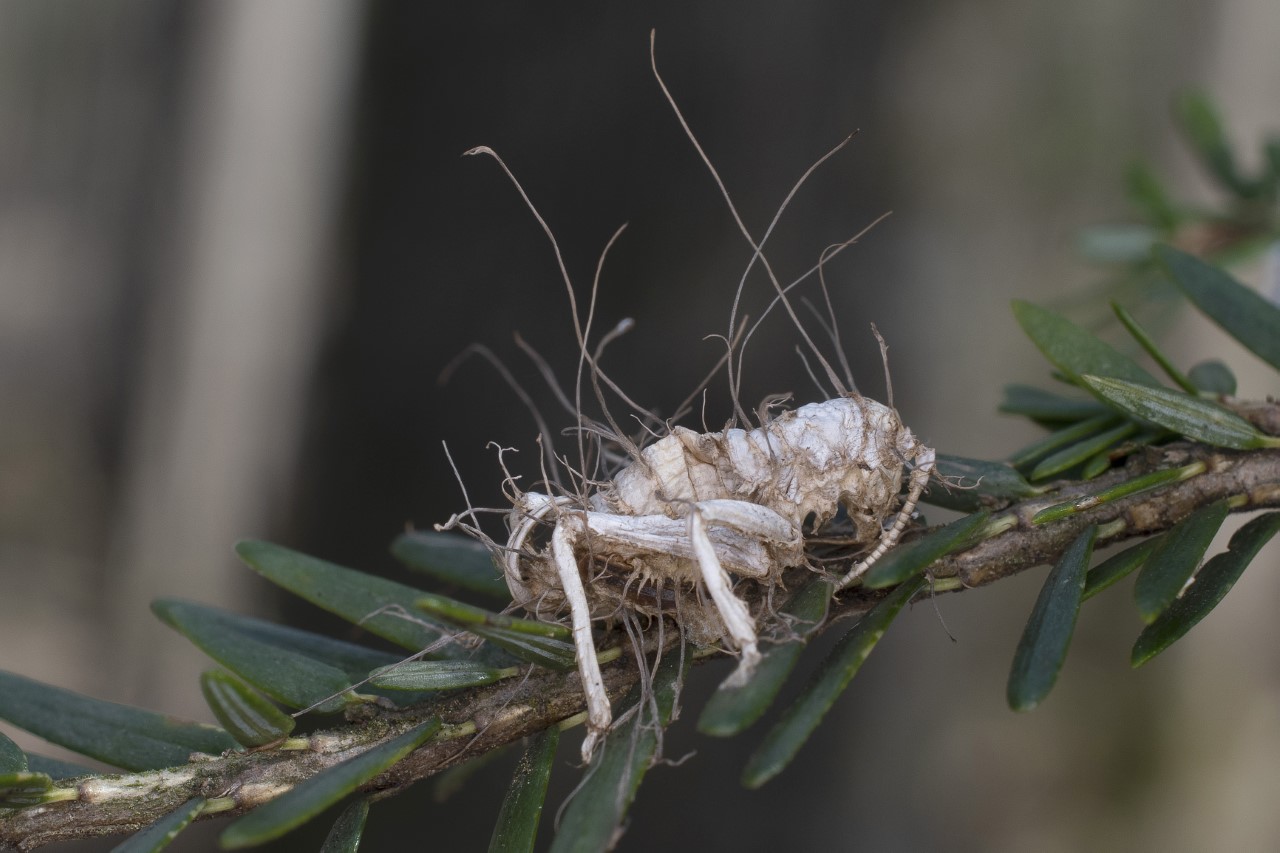 My granddaughter, Jennifer Lawson, photographed this moth on 02 May 2021 in the family yard in Arlington, Texas. I think this is the prettiest photograph that I have seen of Antheraea polyphemus.

As I’m not a biologist, I had no idea what it was, but I was quickly able to identify it as the Cyclops moth.  Indeed, several websites so identify it and note that it is named for the race of one-eyed Cyclops famously described in the Odyssey. The sites even say that Cyclops means one-eyed.

But, it doesn’t!  Besides, this moth has two eyespots.  Cyclops means “round eye”.  And this photograph shows the eyespots as very round or spherical.

Jennifer’s father, Clint, told me, “ We used to tell our baseball umpires ‘if you had another eye you’d be a cyclops ‘“. 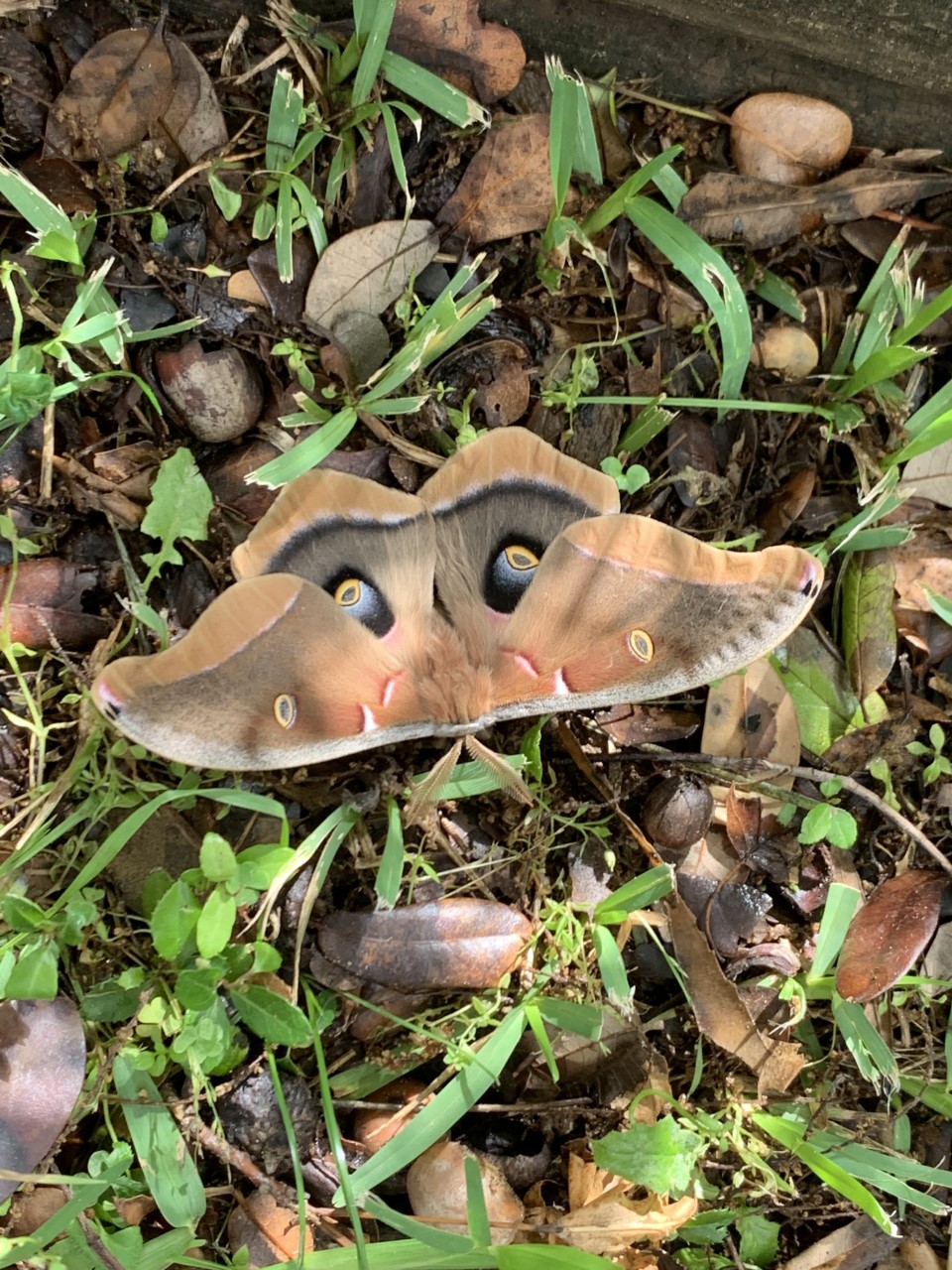 And a pair of Great Tits from reader Pyers:

A Great Tit (Parus major) saying hello from the nest box in my garden: 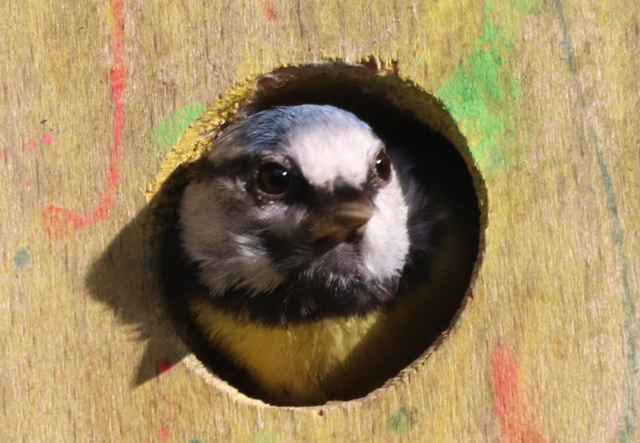 And have a female Great Tit. the even more cute partner of the one I sent you the other day 🙂 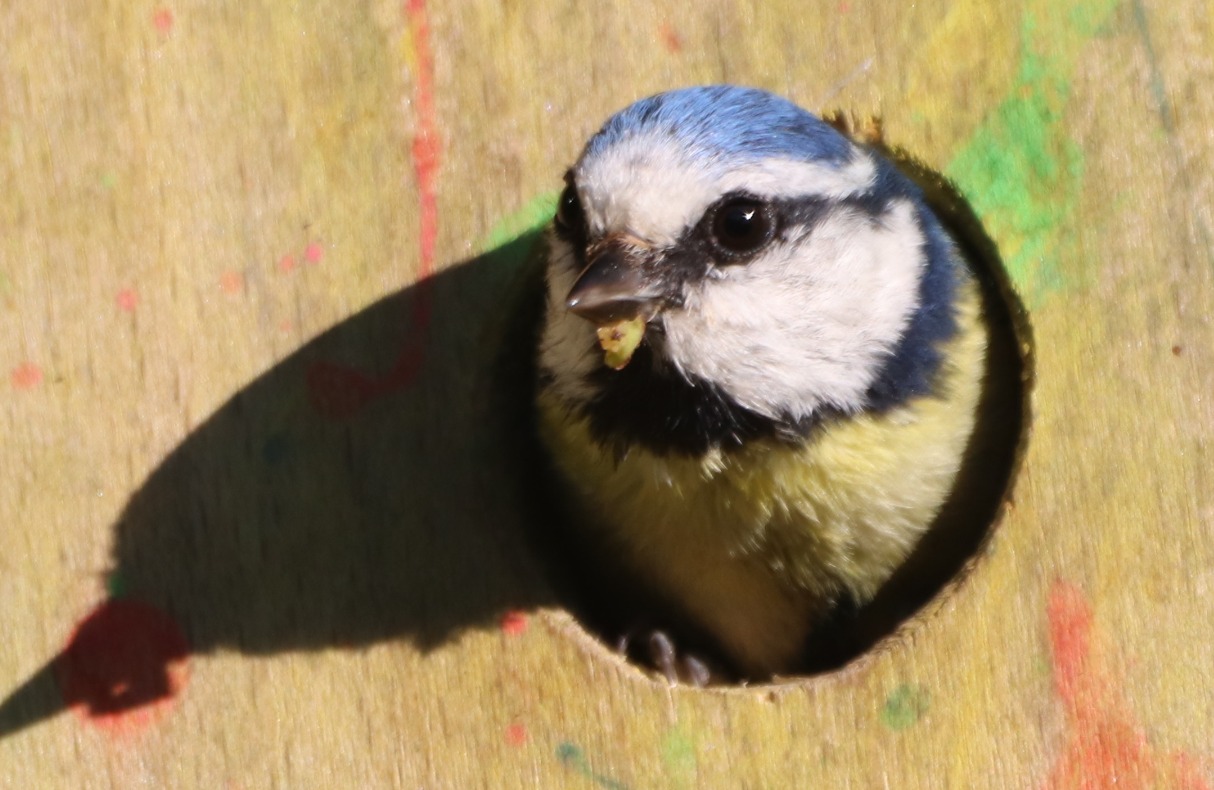