Another person returning after a photographic hiatus is Mark Sturtevant. Here are some of his photos; click on them to enlarge.  His narrative and captions are indented.

And PLEASE send in your wildlife photos!

Broad-headed bugs are seed feeders, and the adults are unremarkable in appearance. But the nymphs are really good ant mimics, and in keeping with the rule about such mimicry, they also scurry around like ants and so are challenging to photograph. This broad-headed nymph is Alydus eurinus, and it is a mimic of a local species of carpenter ant. 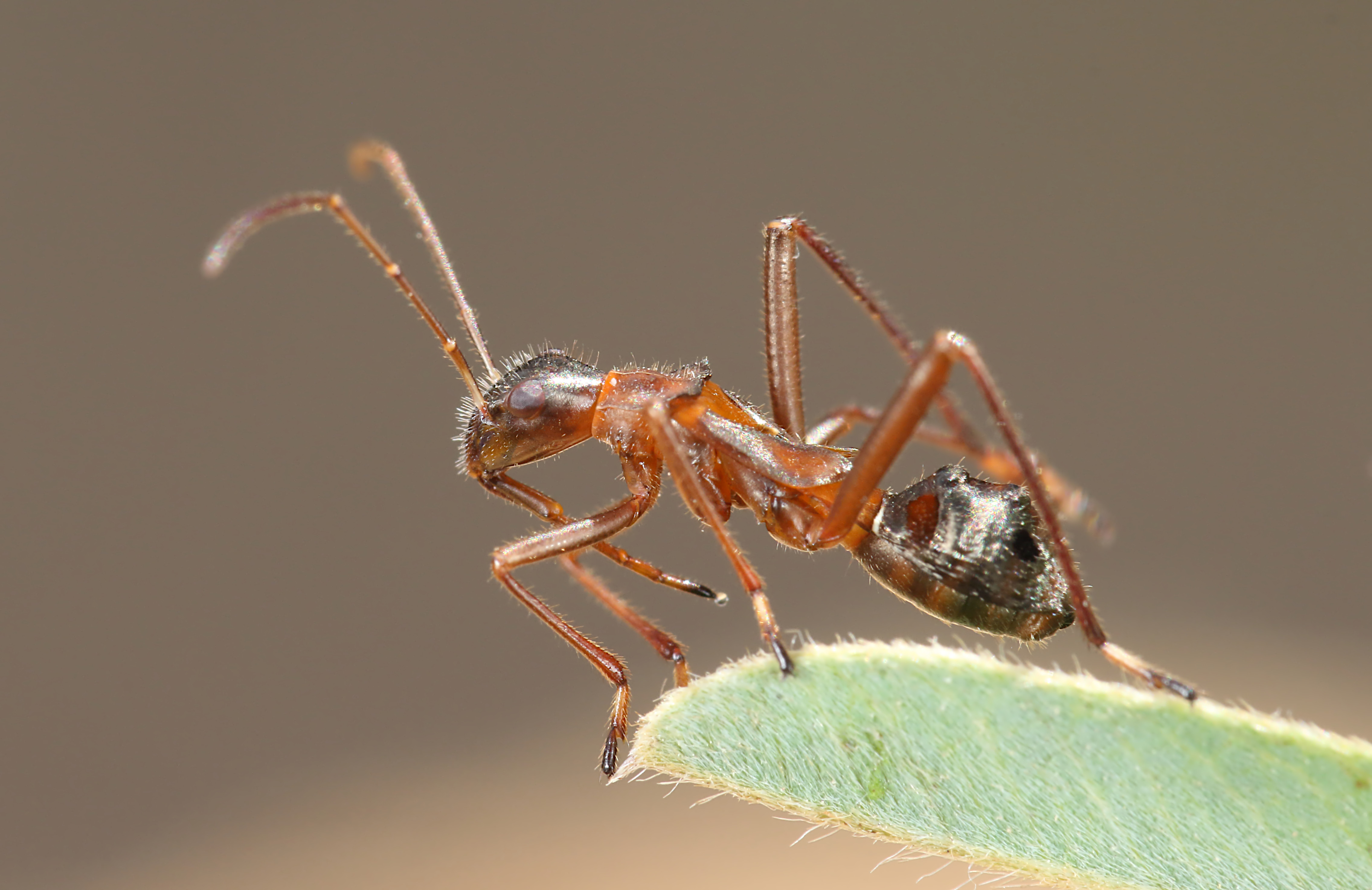 Next is a portrait of a fragile forktail damselfly (Ischnura posita). It’s a posed picture, since I’m carefully holding it outside of the frame. 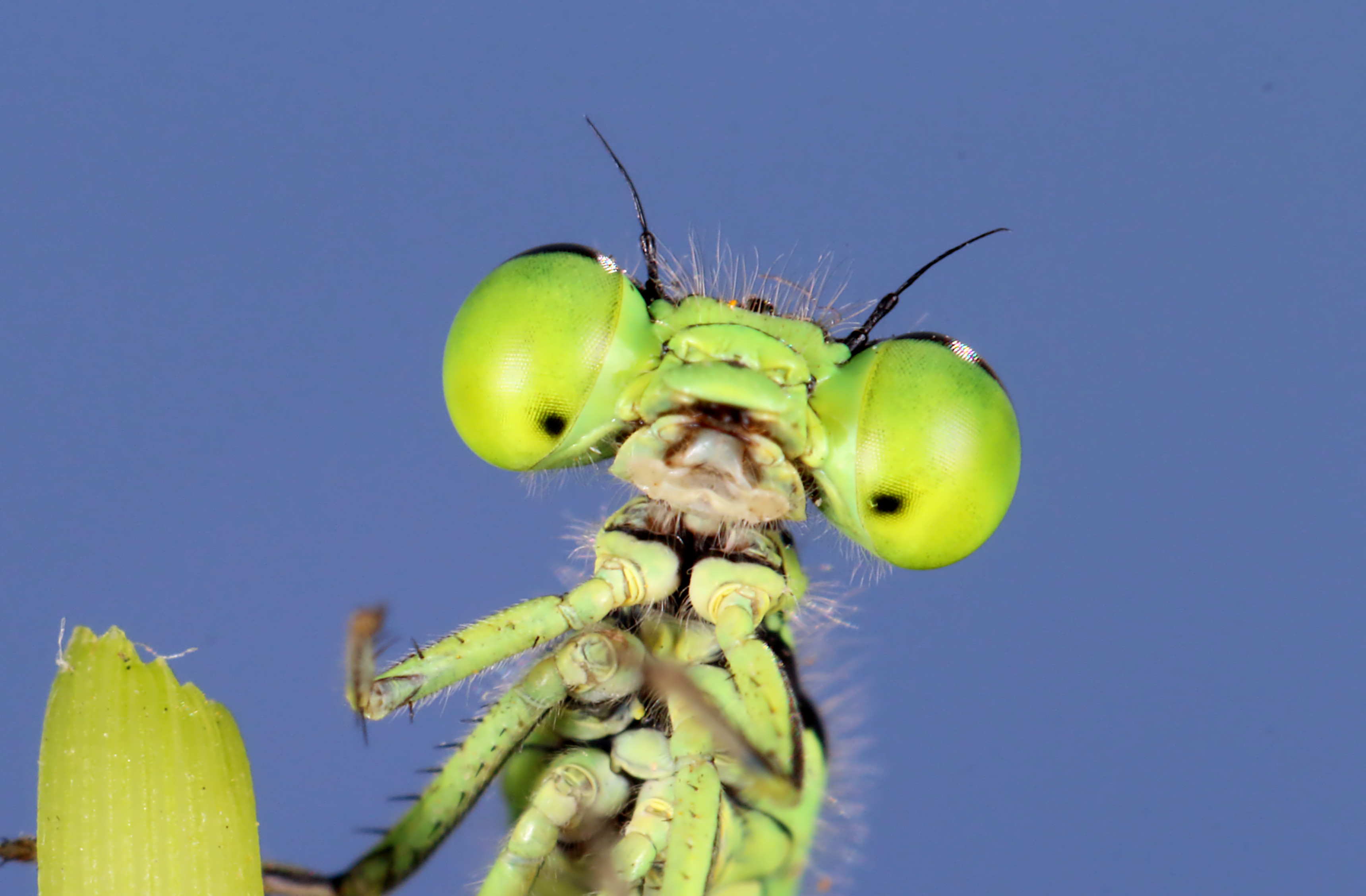 In most fields I can pretty easily find some praying mantises (mantids?). I get two species where I live, although both are imports to the U.S. Here are examples of a green form and a brown form of the European mantis (Mantis religiosa). The other species around here is the much larger Chinese mantis, and you will see lots of pictures of one in a later post. 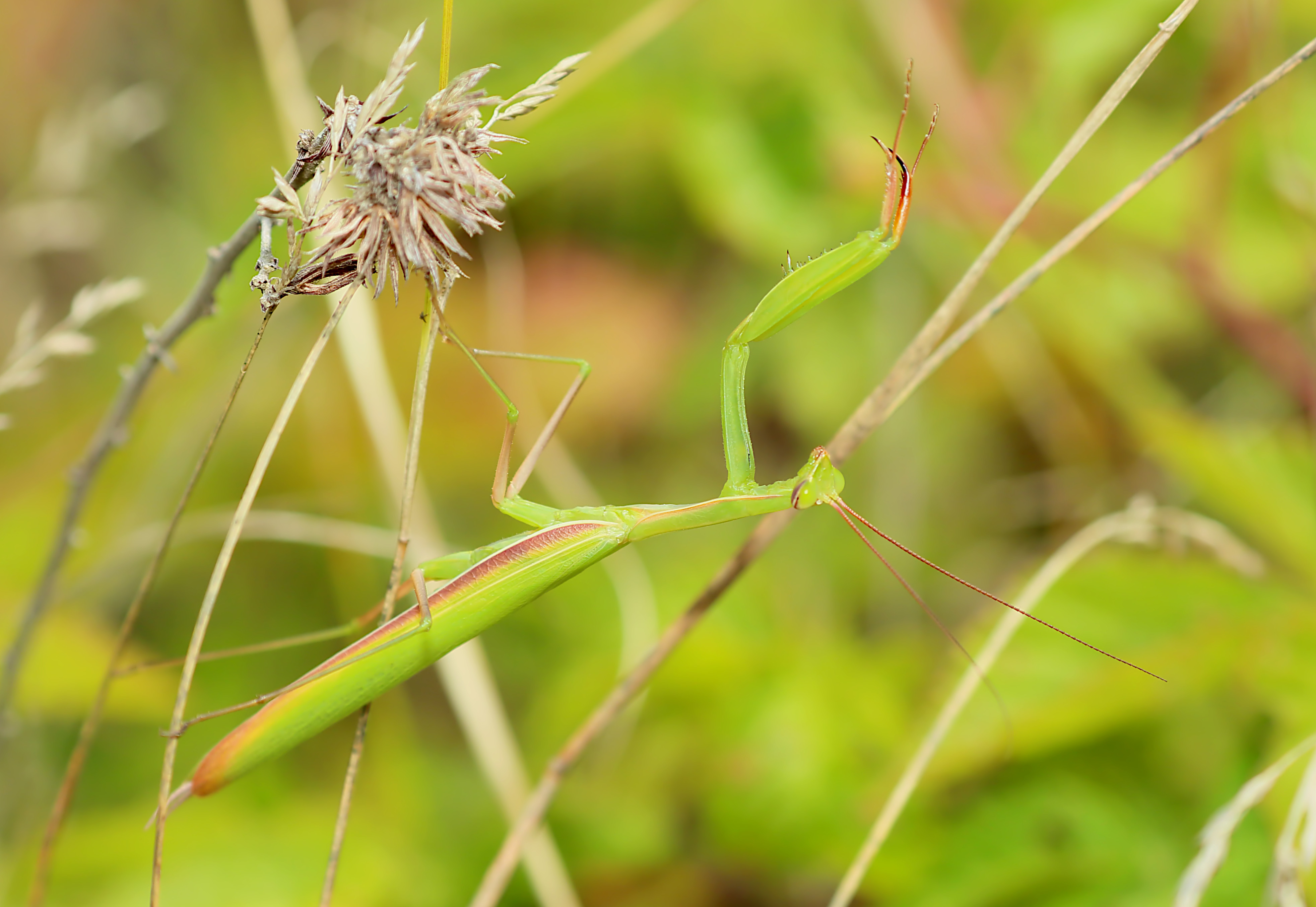 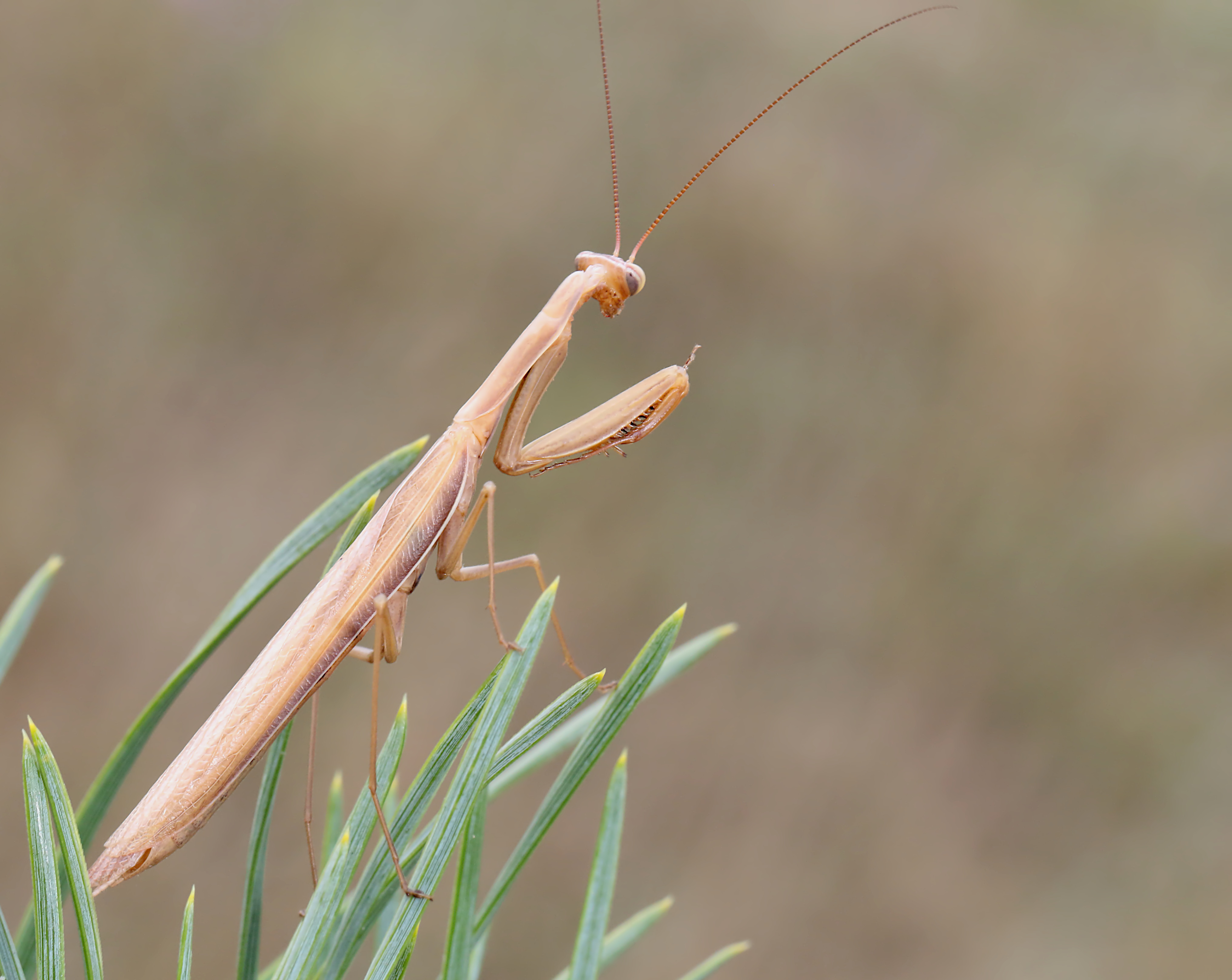 Next, can you spot the mantis in this picture? It’s not hard, but do keep it secret for others to have a go. 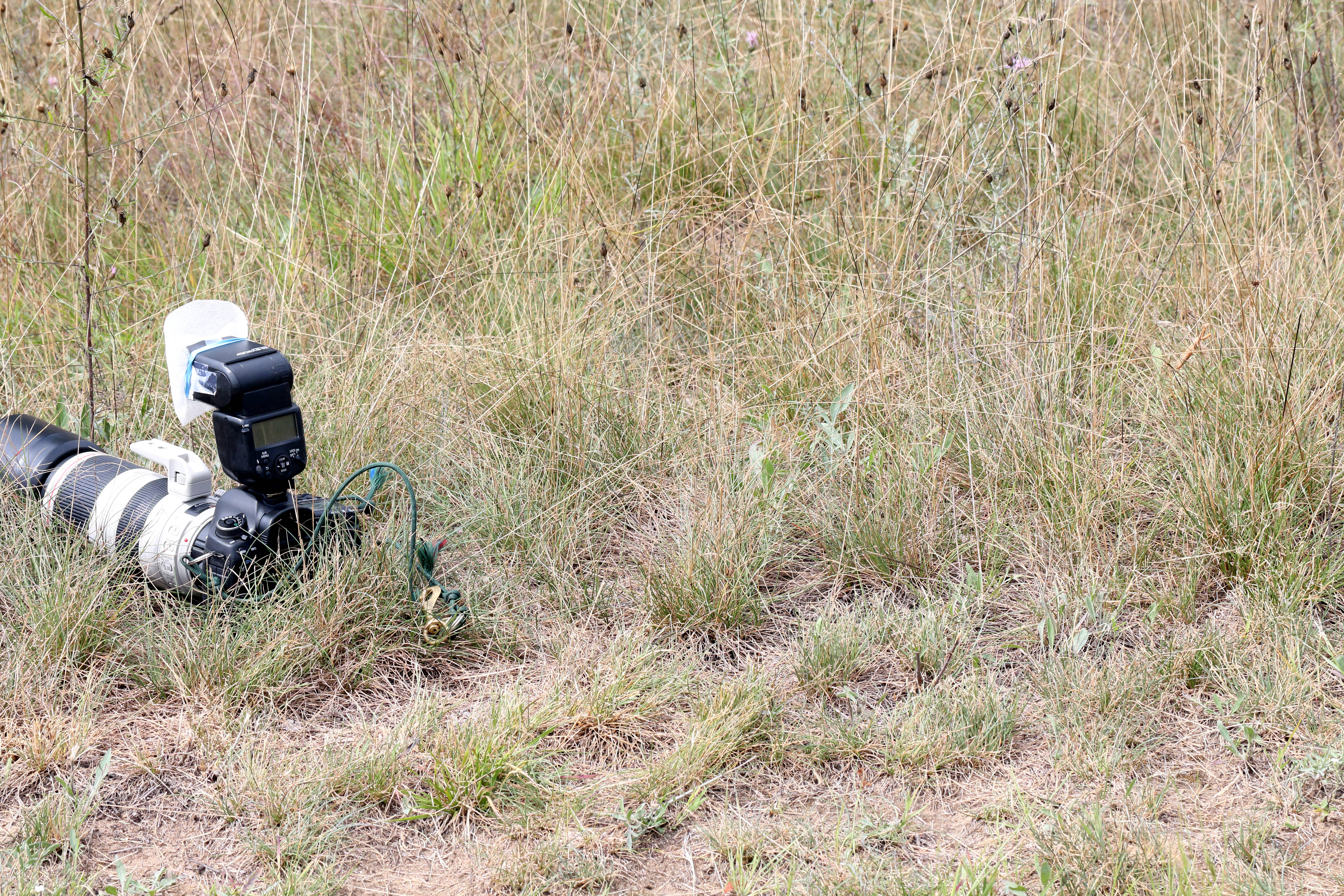 Next up is one of our most common butterflies, the painted lady (Vanessa cardui). I’ve come to very much admire them as they are among the most abundant butterflies in the world. Painted ladies are known on almost every continent, and many populations migrate long distances in numbers so large that they can even become visible on radar. Painted ladies are admirable butterflies. 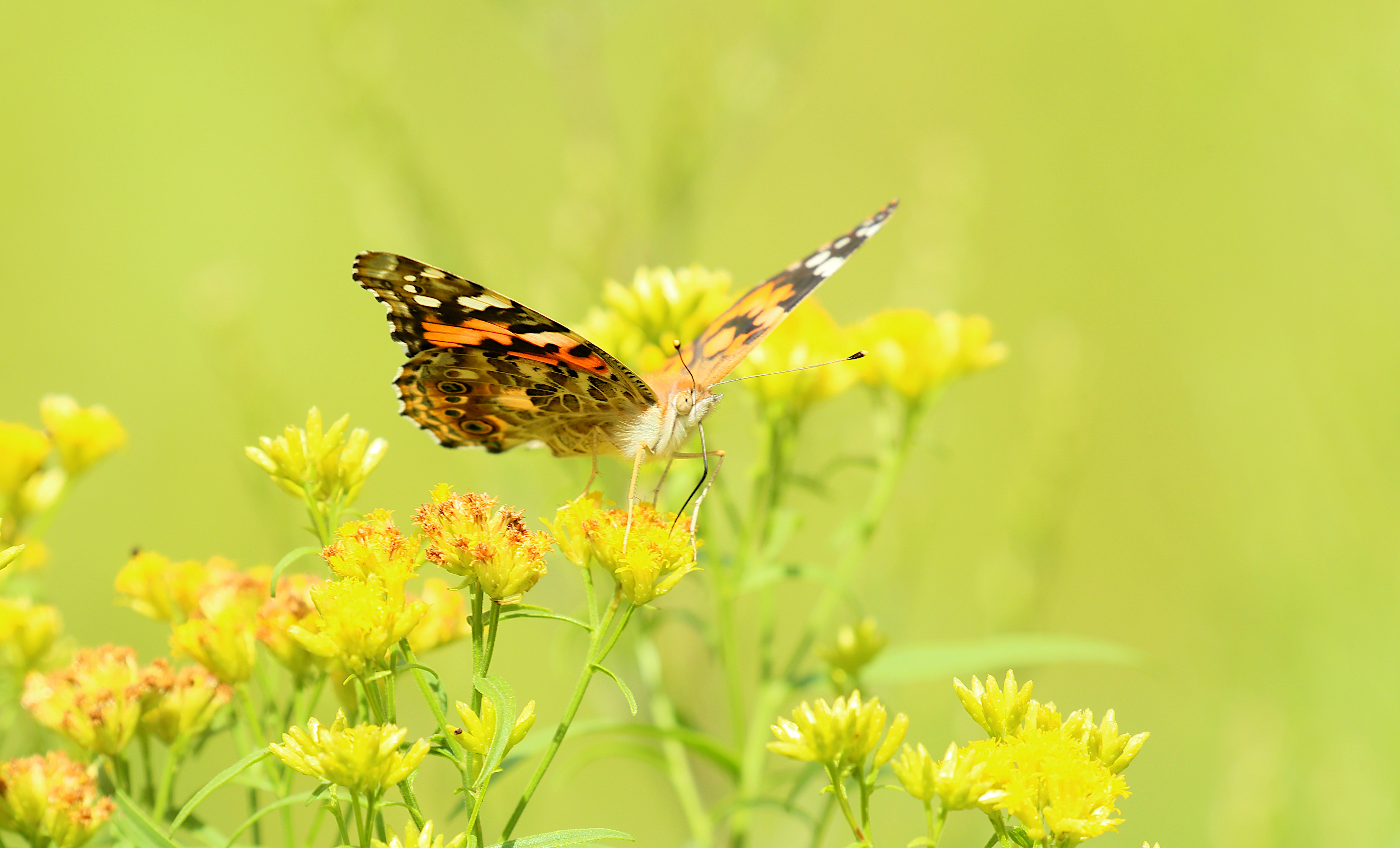 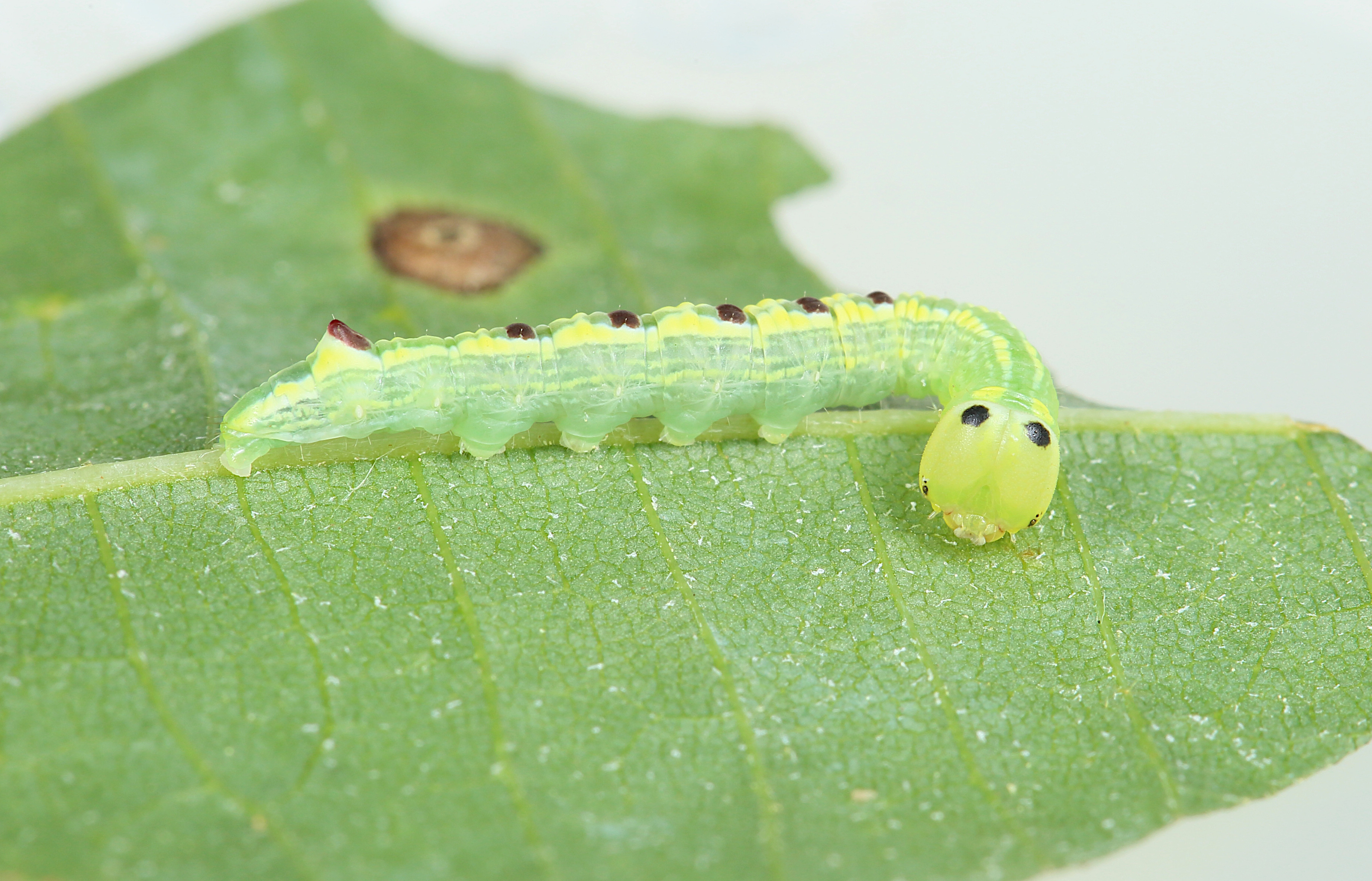 On summer nights, the trees and bushes around my house become quite noisy with various tweets and chirps of male insects, all singing energetically to attract a discriminating female of their kind. A great website for hearing the songs of different insects is found here: http://songsofinsects.com . It’s a fun place to do some exploring.

I had been using a flashlight for a couple summers to try to photograph singing males of this species from around my house. But getting pictures of a male in full song is challenging! First, they seem to “throw” their chirping so they can be hard to locate precisely. Cupping one’s hands over the ears helps to pinpoint them, although that does not always work. But even when spotted, they are easily spooked into shutting down and then they move to a different location. Anyway, this is my best picture so far, but I want to do better. 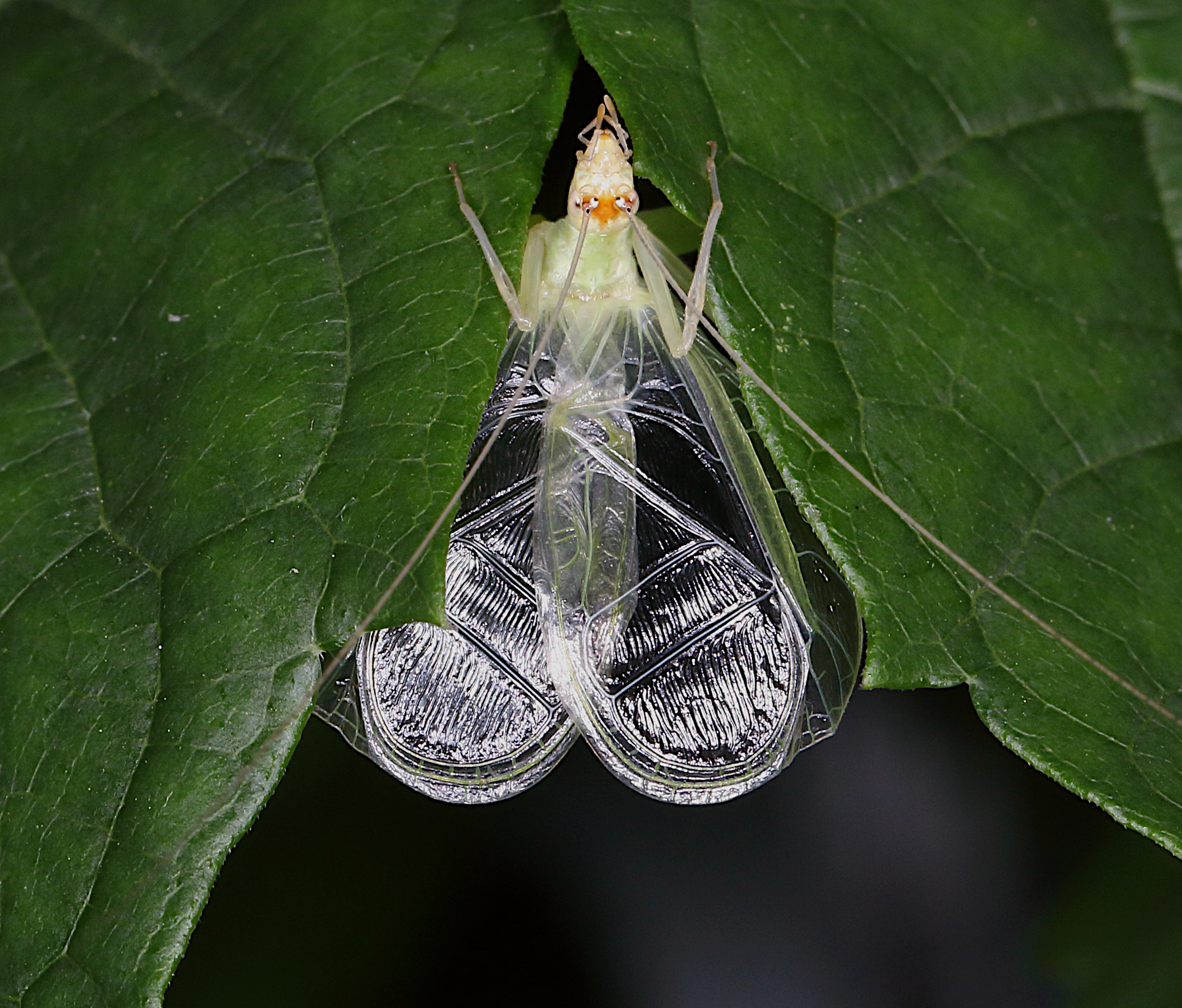 I often see male tree crickets in this pose, leaning out from a gap between the leaves and singing their little hearts out over the long summer nights. Perhaps they use the leaves to amplify and direct their sound?

Finally, here is that hidden mantis from the previous picture. But you probably already spotted it. 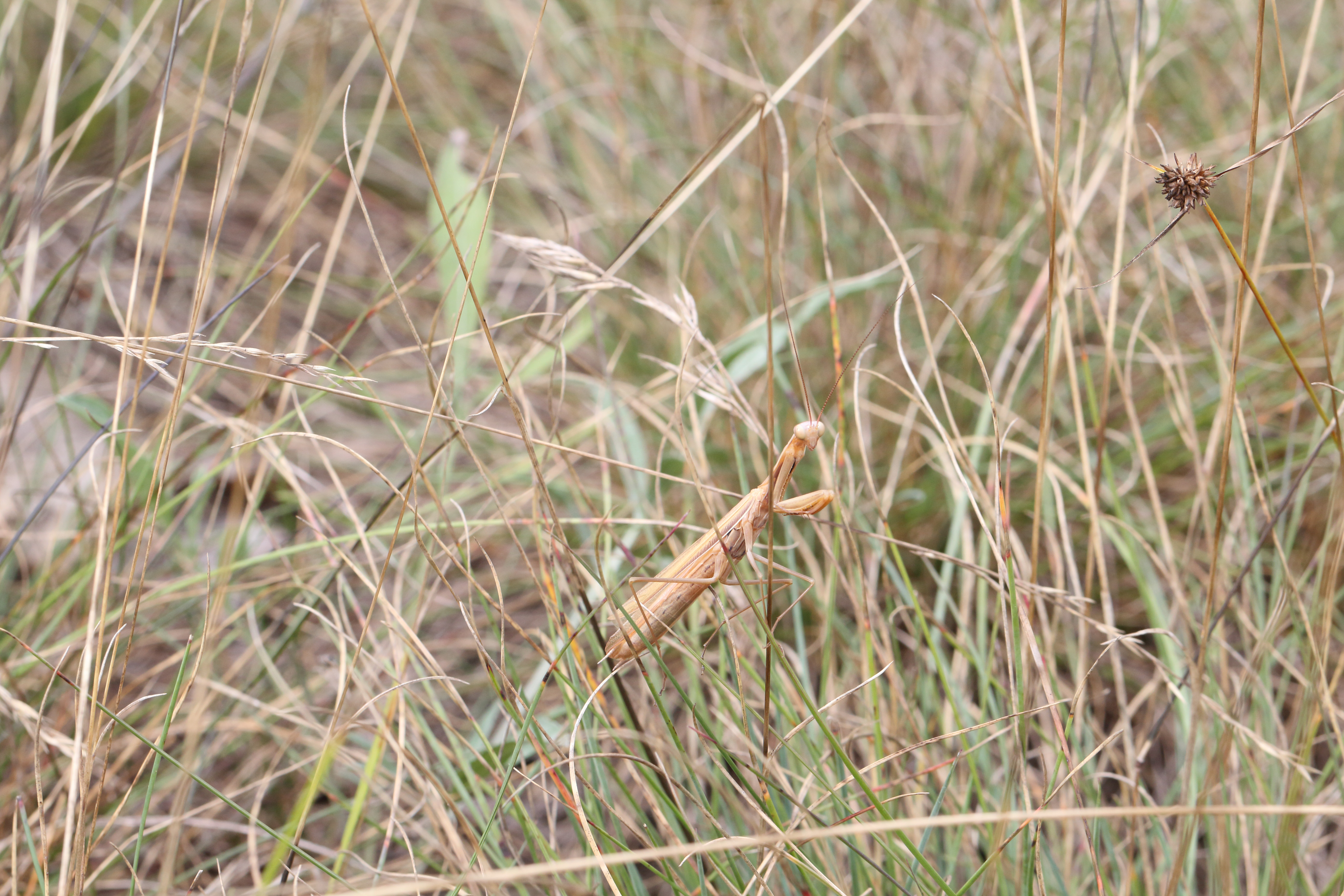