My friend Andrew Berry, a lecturer and advisor at Harvard’s Museum of Comparative Zoology and the Department of Organismal and Evolutionary Biology, sent me a nice email that I asked him to turn into a post for me. He kindly obliged. Darwin’s Arch, which recently collapsed in the Galápagos Islands, was described in a NYT article. Here’s the original landmark 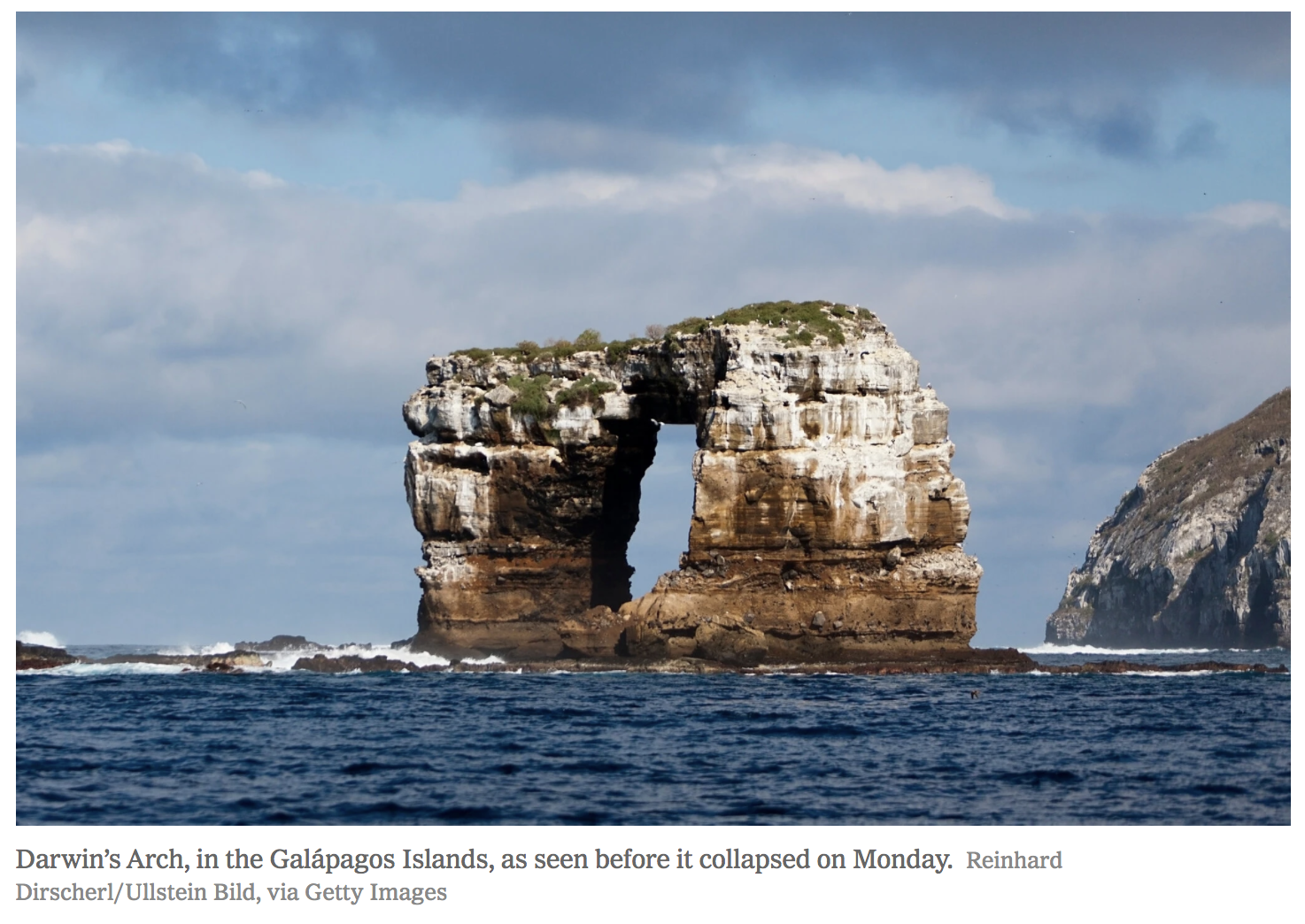 Andrew knew a bit of a parallel, which he describes below. Andrew’s words are indented.

I saw your mention of the recent collapse of ‘Darwin’s Arch’ in the Galápagos.

Here’s a nice parallel.  One of Darwin’s key offsiders was Joseph Dalton Hooker (the middle name serves to distinguish him from the US Civil War general—definitely not a Darwin confidant). Hooker was one the era’s leading botanists, and was for many years the director of Kew Gardens.  In 1844, Darwin chose to confide in Hooker about his heretical ideas. This, for Darwin, was a big deal: he had been quietly and privately nurturing his evolutionary schemes more or less since the return of the Beagle in 1836 and he felt in need of a scientific sounding board.  He was still a long way from being ready to go public: it wasn’t until 1858, 14 years later, that A. R. Wallace’s intervention forced his hand on this.  Darwin’s famous letter to Hooker states, “I am almost convinced (quite contrary to opinion I started with) that species are not (it is like confessing a murder) immutable”.

One of the reasons Darwin picked Hooker for this role was that, like Darwin, Hooker had considerable expedition experience.  They both accordingly had a global perspective on biogeography.  Specifically, Hooker had gone on the James Clark Ross Erebus/Terror expedition (1839-43) that established a key early benchmark for the exploration of Antarctica. Roald Amundsen, the great Norwegian polar explorer (who beat Robert Falcon Scott to the South Pole in 1911) pulled no punches about the expedition’s significance:

“Few people of the present day are capable of rightly appreciating this heroic deed, this brilliant proof of human courage and energy. With two ponderous craft – regular “tubs” according to our ideas – these men sailed right into the heart of the pack [ice], which all previous explorers had regarded as certain death … These men were heroes – heroes in the highest sense of the word.”

En route to Antarctica, the expedition’s first major port of call was Kerguelen Island, which is about as far from anywhere as you can get on planet Earth — central far south Indian Ocean. 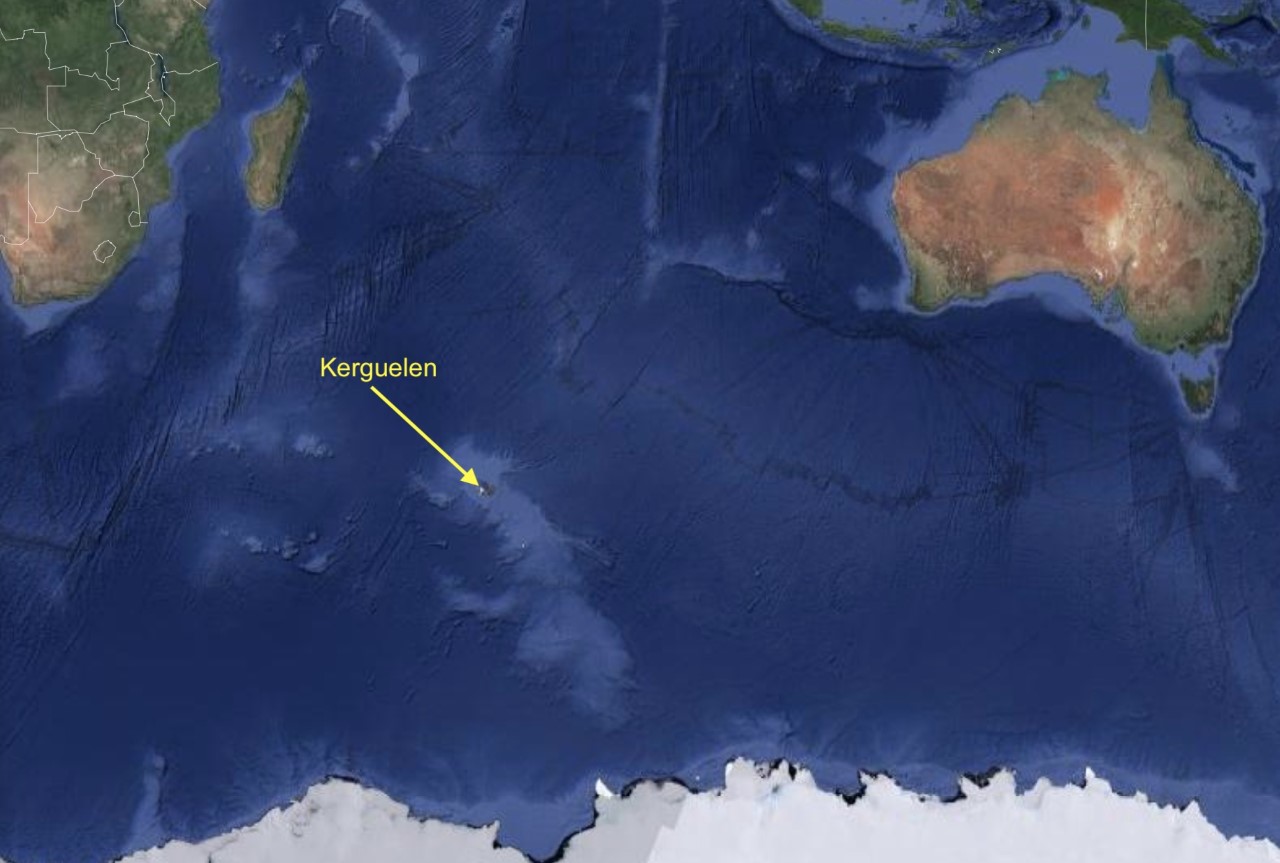 Arriving in May 1840, the expedition spent two and a half months there before heading on to Tasmania, and, from there, Antarctica.  Kerguelen was thus the first place in which the young Hooker (he was 22 at the time) got to analyze and describe a previously largely undescribed flora.  That things turned out this way is a truly remarkable coincidence.  Late in life, Hooker recalled being raised as a boy on tales from James Cook’s voyages.  In particular, little Hooker had been impressed by this image from Cook’s 1776 visit to Kerguelen (the islands were formally discovered four years previously by a Frenchman, Yves-Joseph de Kerguelen-Trémarec). Note the impressive natural arch on the horizon at the far left of the image. 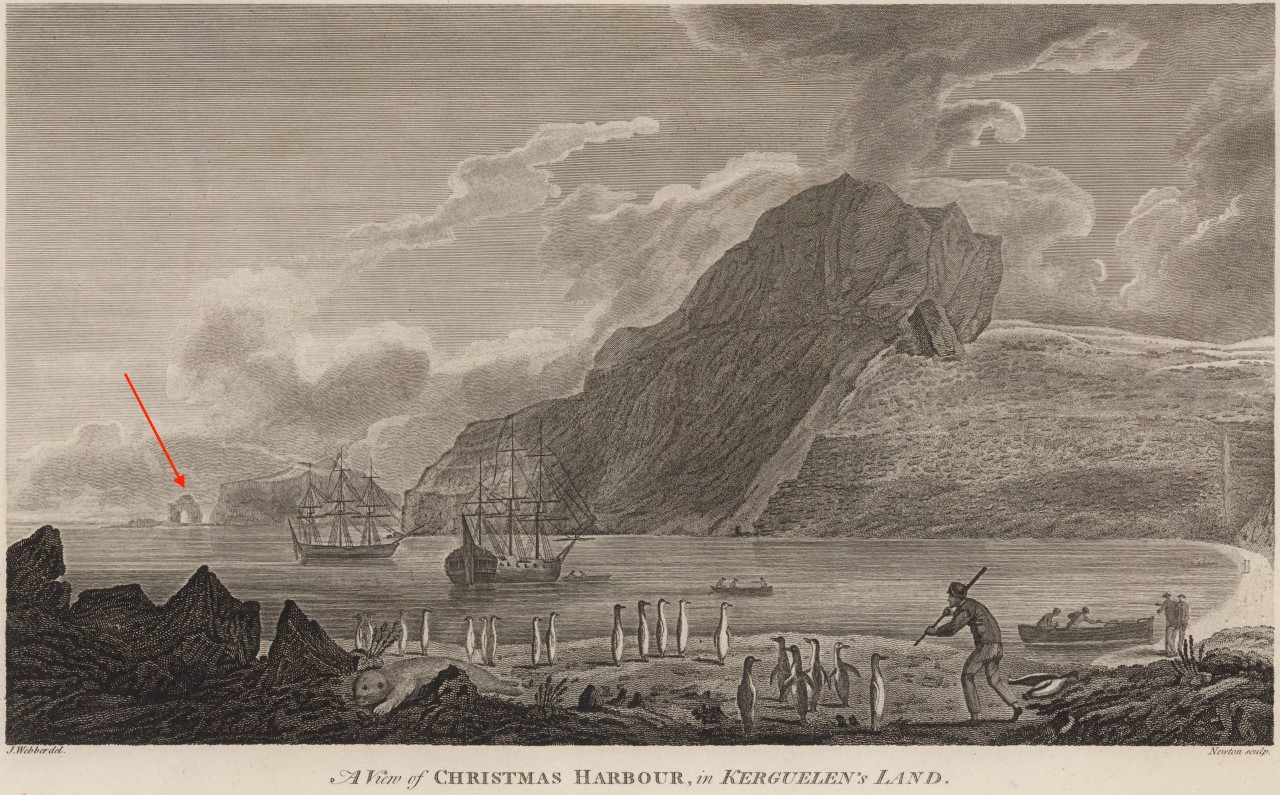 “When still a child, I was very fond of Voyages and Travels; and my great delight was to sit on my grandfather’s knee and look at the pictures in Cook’s ‘Voyages.’ The one that took my fancy most was the plate of Christmas Harbour, Kerguelen Land, with the arched rock standing out to sea, and the sailors killing penguins; and I thought I should be the happiest boy alive if ever I would see that wonderful arched rock, and knock penguins on the head. [JAC: Hooker should be canceled for thinking that!] By a singular coincidence, Christmas Harbour, Kerguelen Land, was one of the very first places of interest visited by me, in the Antarctic Expedition under Sir James Ross.”

What is the relevance of all this? Because, some time between 1908 and 1913, the arch on Kerguelen that so thrilled Hooker went the way of Darwin’s Arch.  Happily the ideas of both Darwin and Hooker have proved more resilient than the landmarks they’re associated with. 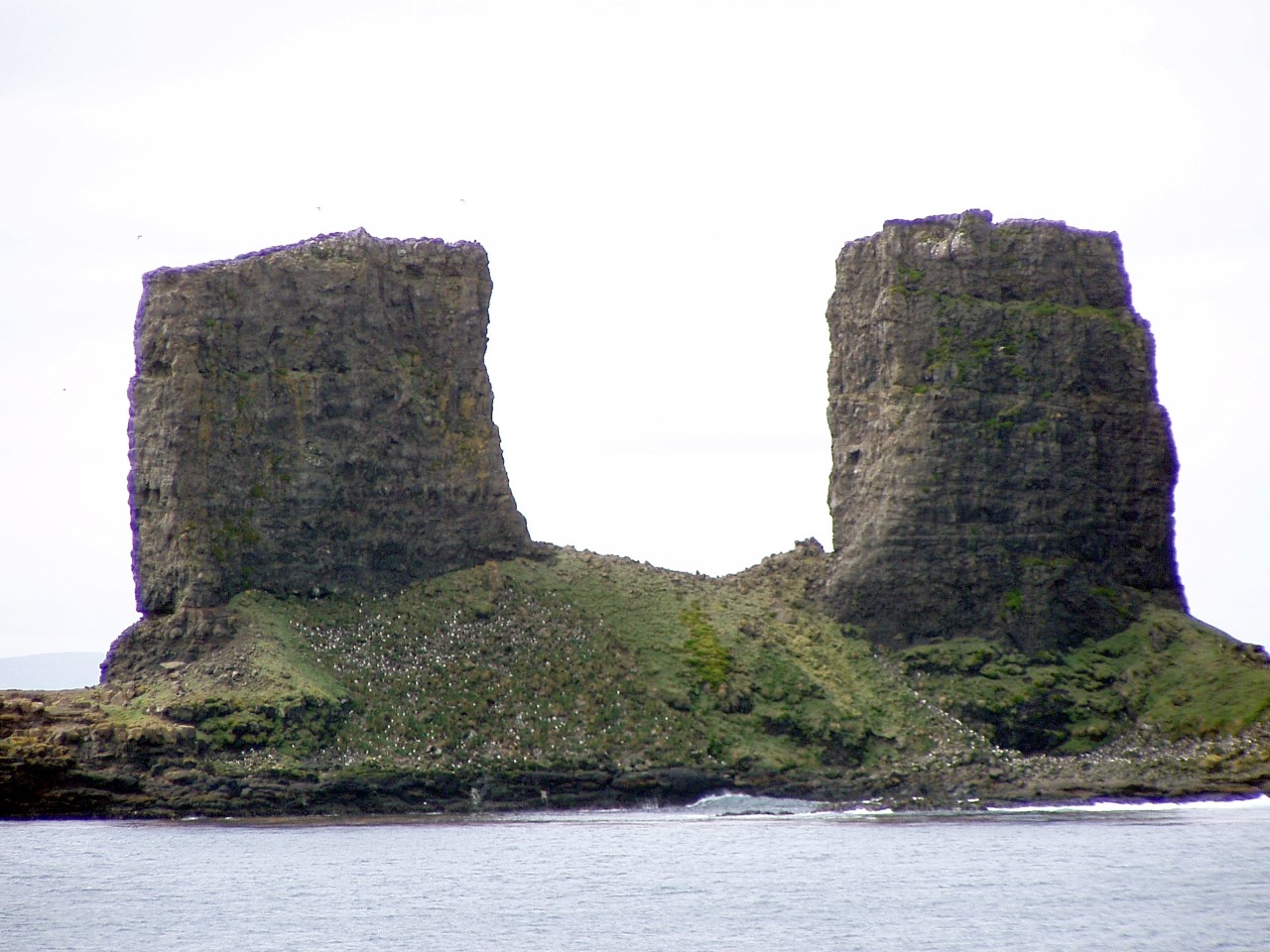