I am running worryingly low on readers’ photos, so PLEASE send in your good ones. I don’t want to have to cancel this feature or put it up sporadically. Thanks!

We have a potpourri of photos and movies today. Readers’ captions are indented, and you can enlarge the photos by clicking on them.

The first two photos are by Andrea Kenner.

Here’s a photo of my first sighting of a Brood X cicada. The baby is sitting on the sidewalk in Hyattsville, Maryland. I’m not sure which species he is (there are three). Here’s a link to the Wikipedia page. 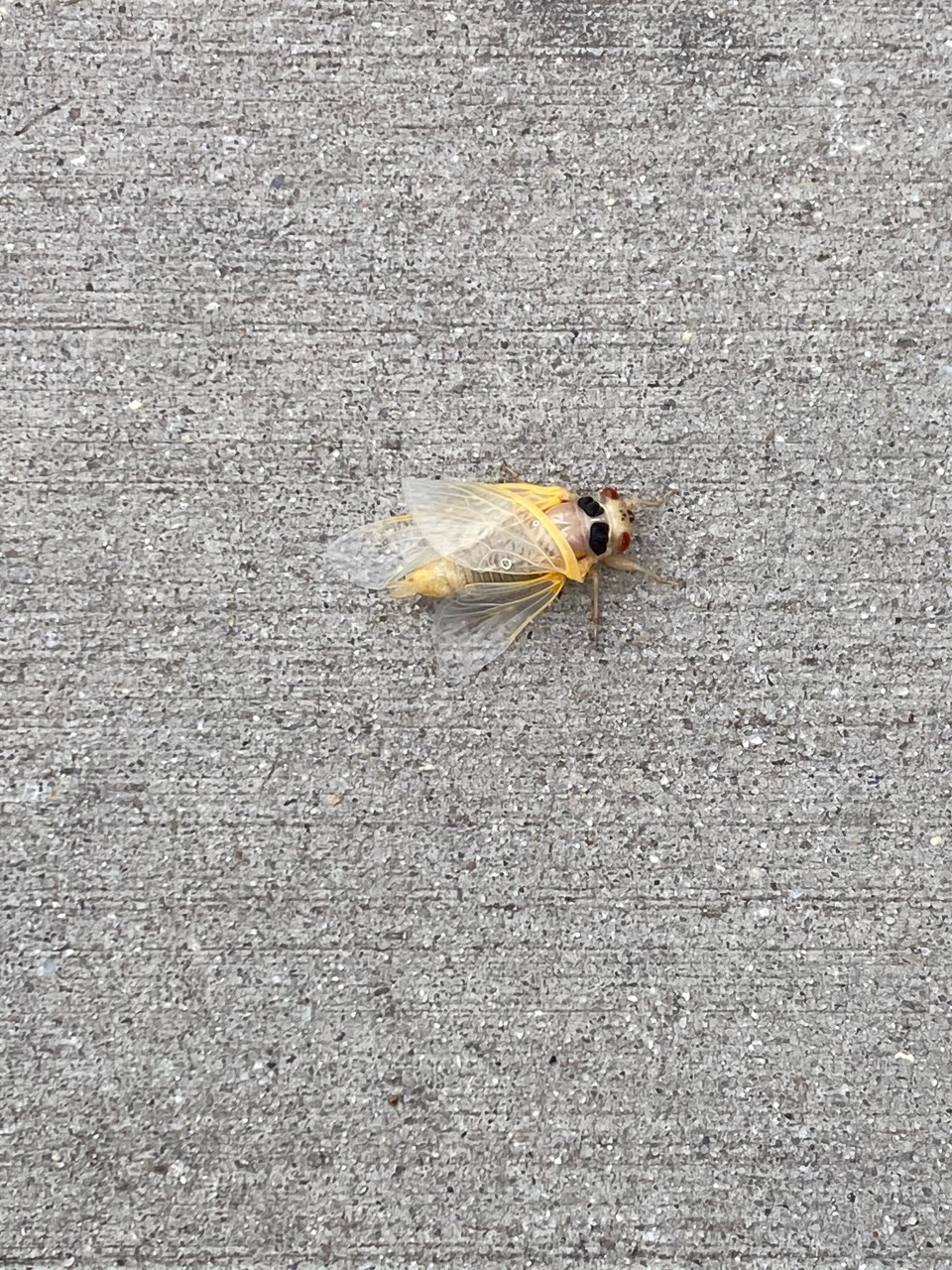 I took this photo in my front yard in Prince George’s County, MD, and posted it on Facebook. The tree is an Eastern Redbud (Cercis canadensis). An entomologist in my neighborhood identified the bee as a Hairy Footed Flower Bee (Anthophora villosula), a recently introduced species in the Mid-Atlantic region. 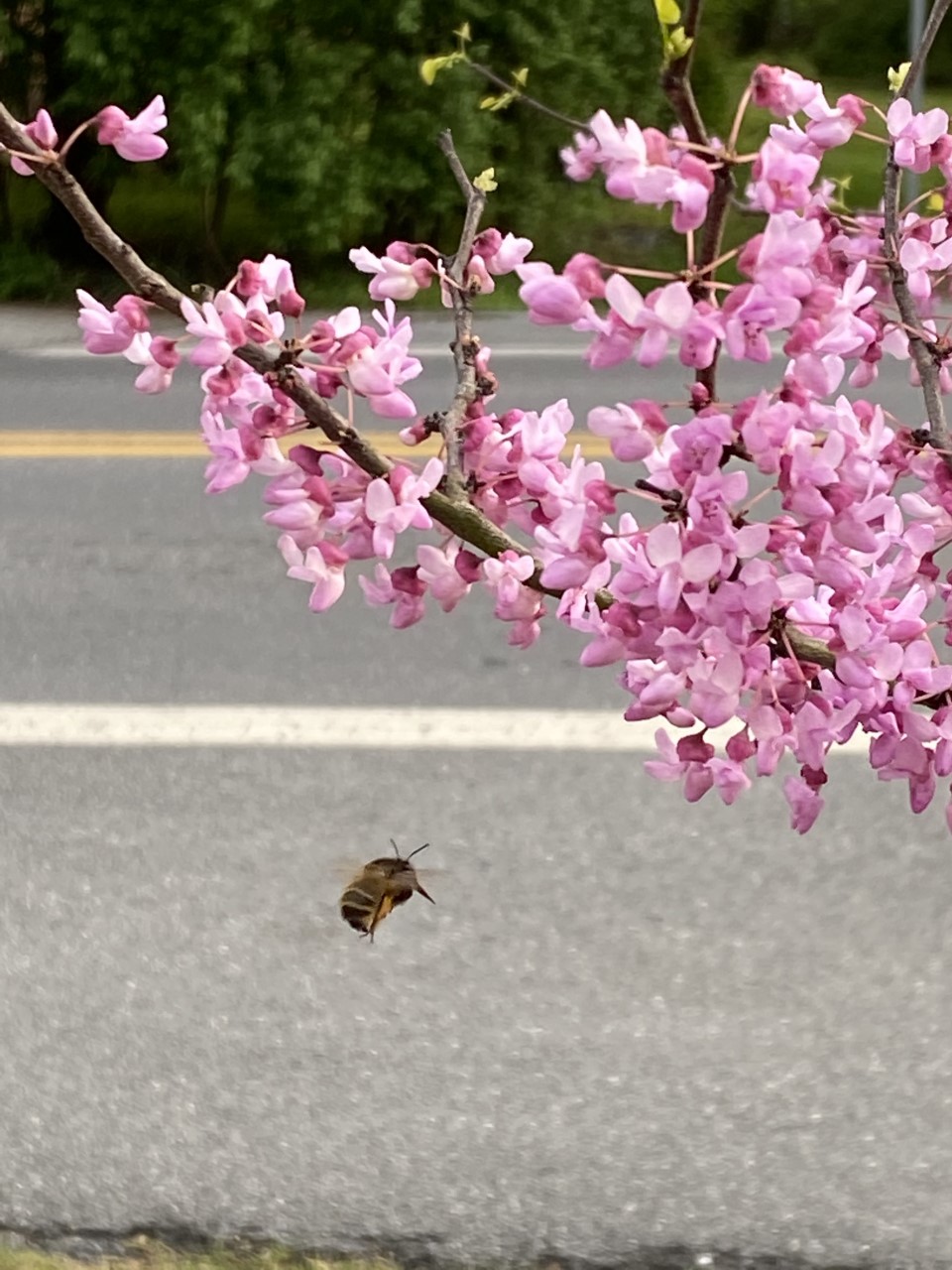 It is hard to see the tiny fawn hiding behind my air conditioner. 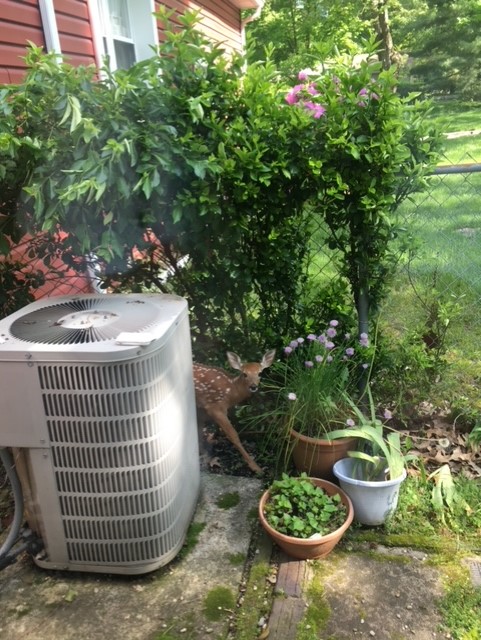 A duck video from Brian Tarr:

I’ve been an avid lurker on your excellent website for several years, and have finally plucked up the courage to share a bit of wildlife with you. This is a sord of mallards which I filmed this last winter in Łuków, Poland, by the Southern Krzna River in the central park. I thought it a bit unusual to see so many, because I figured they would have flown south by then. As you can see, they are quite accustomed to humans, as people often come with their children to toss them bread (not the ideal diet, as I learned from you).

Please feel free to share this with your readers, if you so choose. I would love to get some feedback about migratory patterns. (Possible aberration due to climate change?)

And a parasitized grasshopper from Jonathan Storm: 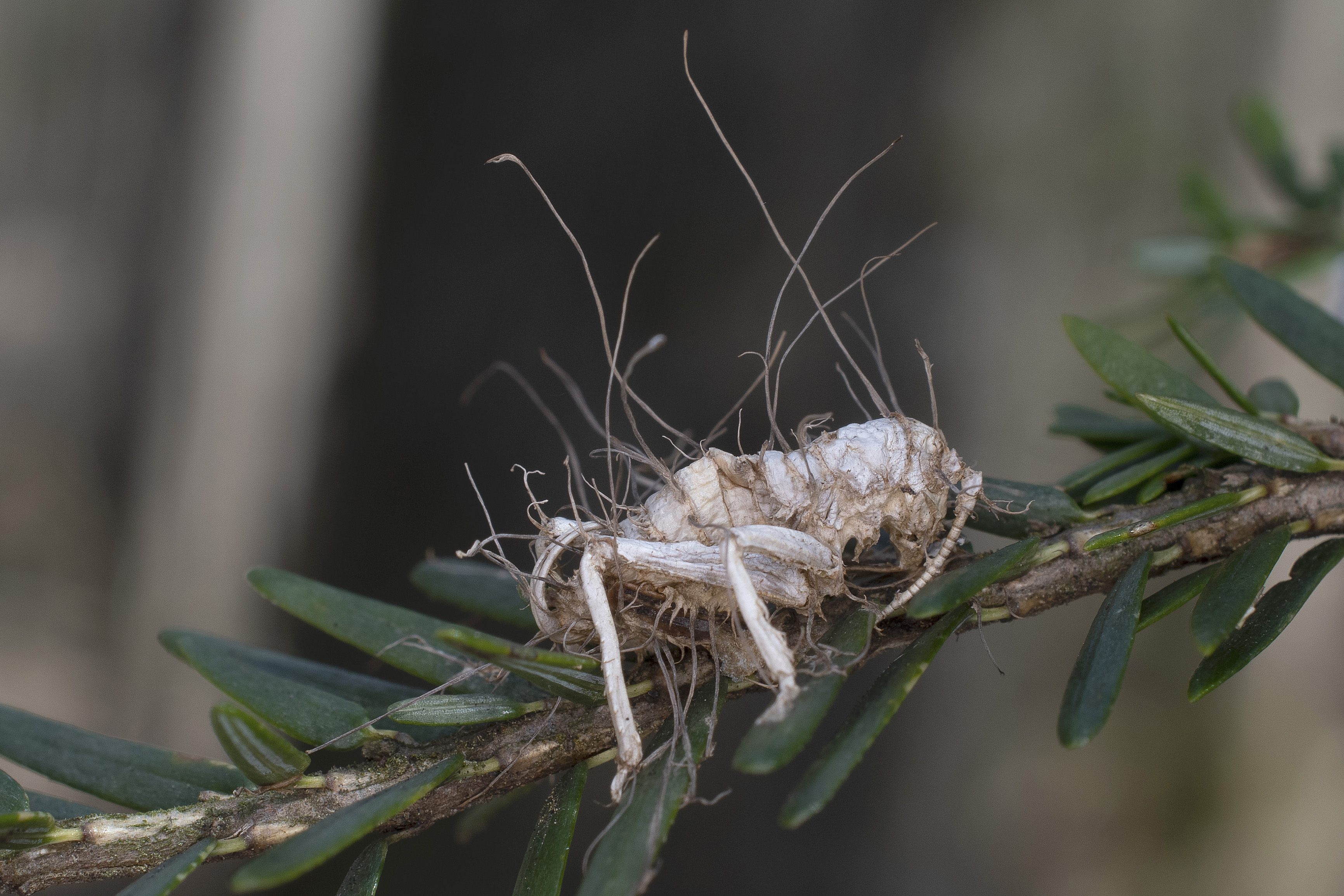 And a video from Jonathan: