Please send in your photos. I know that a lot of you have good photos saved, and what better place than here to have them admired?

Today’s photos come from regular Mark Sturtevant, who graces us with pictures of arthropods. His captions and IDs are indented, and you can enlarge his photos by clicking on them.

These are some of the focus stacked pictures of insects and spiders that I took over a year ago.

The first is a nymph of the beautiful and well camouflaged coral-winged grasshopper (Pardalophora apiculata). These are common among the mosses and lichens that abound in a place I call the Magic Field, but the nymphs don’t appear until very late or very early in a season since they spend the winter as nymphs. One can well appreciate how this grasshopper can’t be seen in this environment unless they move! The stacked picture was made by focus bracketing 3 or 4 hand-held pictures (I don’t recall exactly), with the focus increments done by slightly scootching the camera forward each time. I’ve done this sort of thing many times, and it demonstrates that you don’t really need fancy equipment to get the pictures for focus stacking. 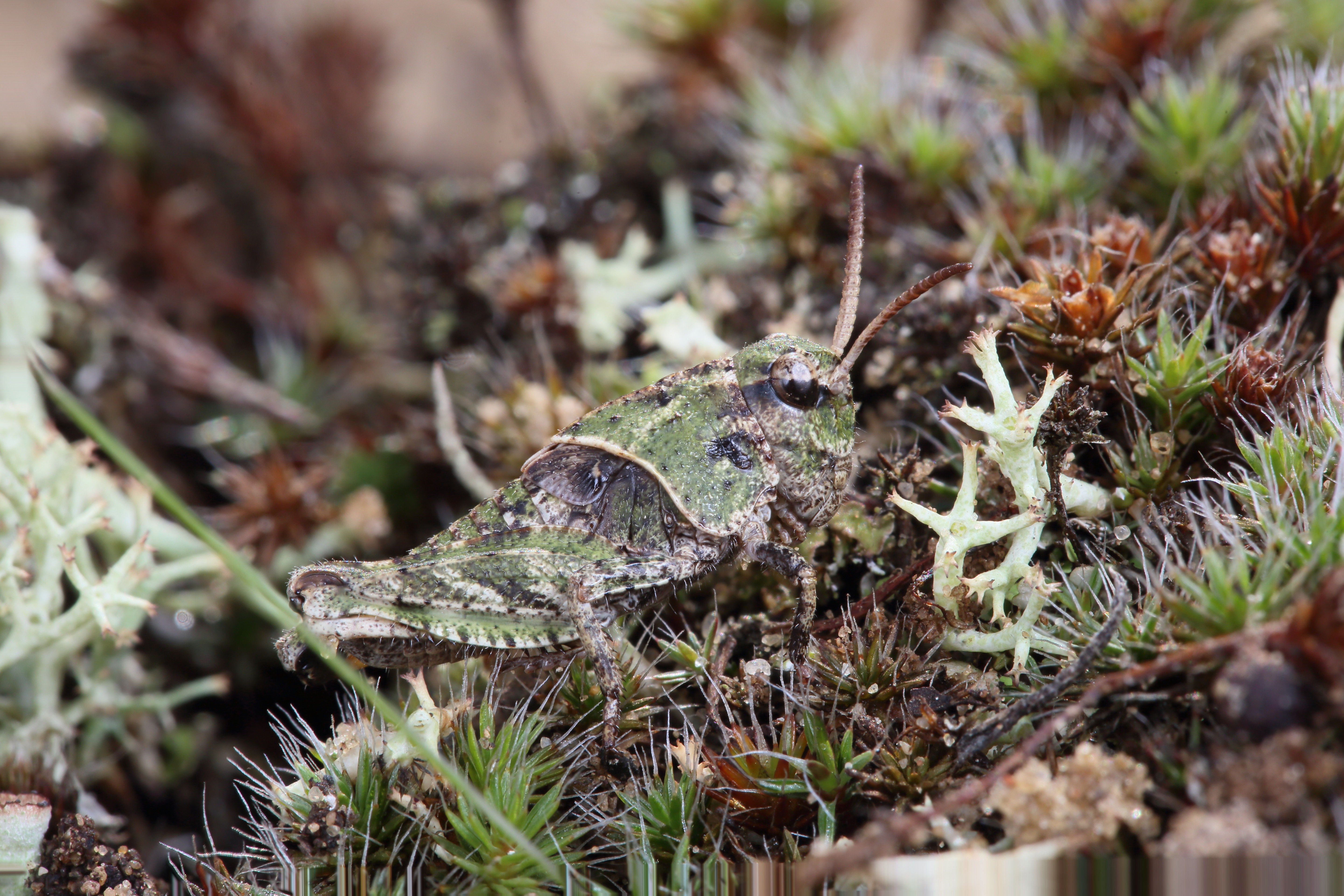 Next is a more ambitious stack of Northern marbled grasshopper (Spharagemon marmoratum), another band-winged species that is also common in the Magic Field. Here the pictures were taken with the help of the Helicon Fb tube, a device that enables a camera to do automatic focus bracketing. I don’t know the number of pictures, but there were “lots”. 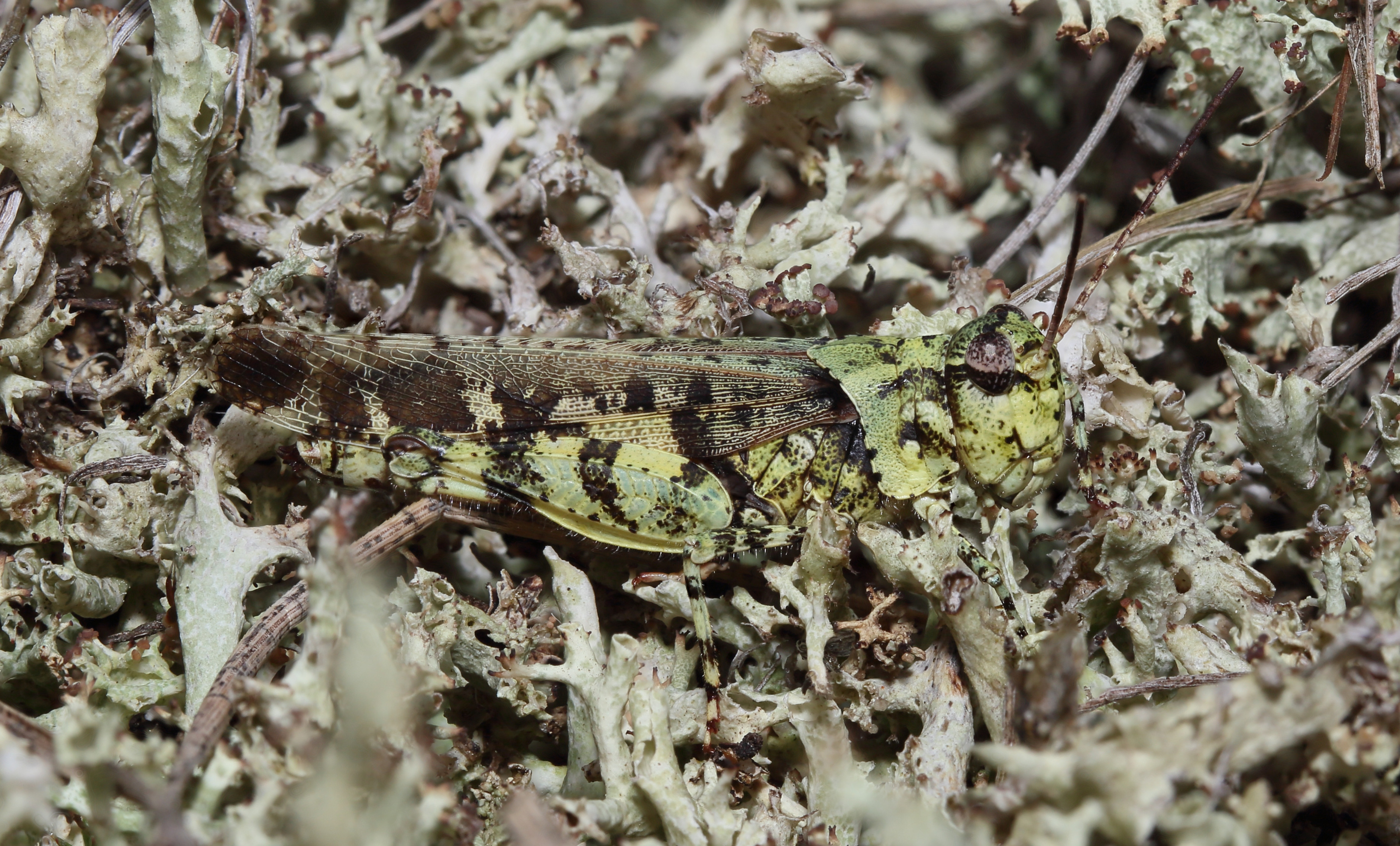 While I was taking the above stack, my macro-buddy who shares my interests took this picture of me. This patch of ground is near a trail so it’s a bit trampled, but you can see abundant lichens and star-shaped puffballs. The terrain I think is referred to as an “oak savannah”. 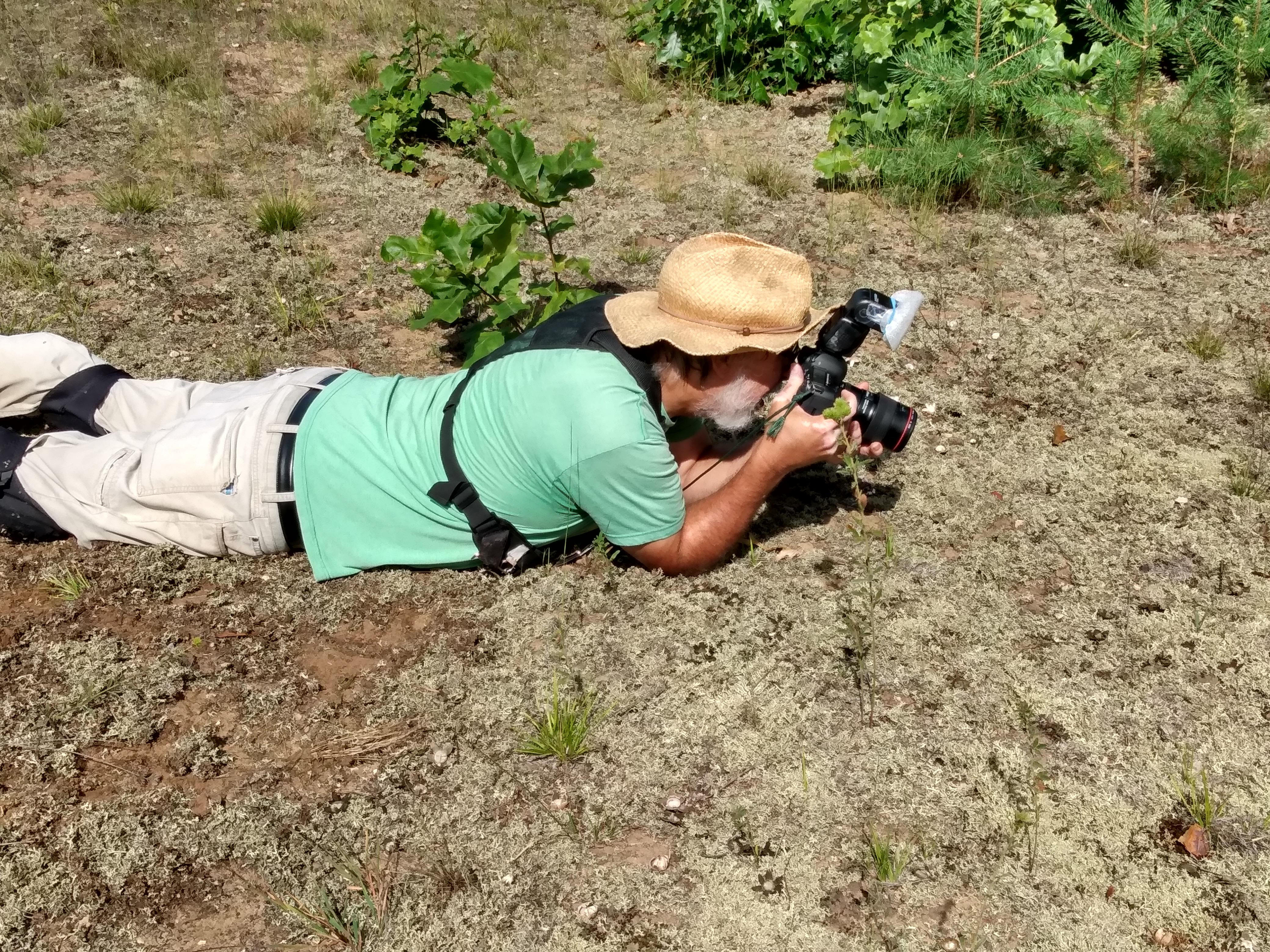 The next picture is a focus stacked micro-landscape of the ground cover in the Magic Field, taken in the early morning light on a crisp autumn morning. I don’t really know what some of these things are, and perhaps a reader could enlighten us. 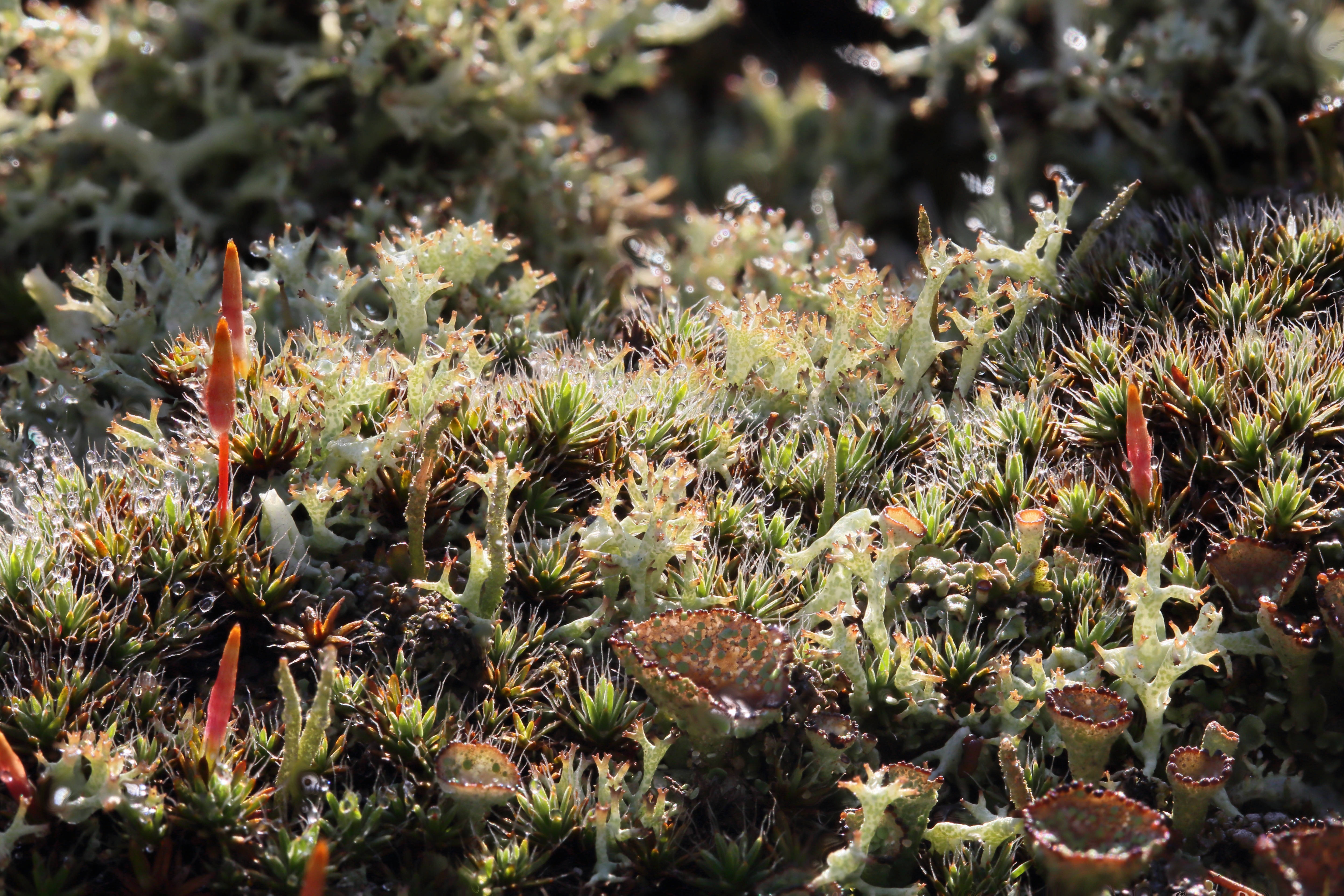 Pictures that follow are all staged indoors in my “studio”, which is the dining room table either before or after dinner. Here, the camera would be mounted on a tripod clamped to the table, and many pictures are taken with very small focus increments under the assistance of the Helicon Fb tube.

The first three of these are of a kind of “bark” crab spider.  (Bassaniana sp.).  These are typically not found on leaves. Rather, they prefer to lurk on tree trunks and in detritus. 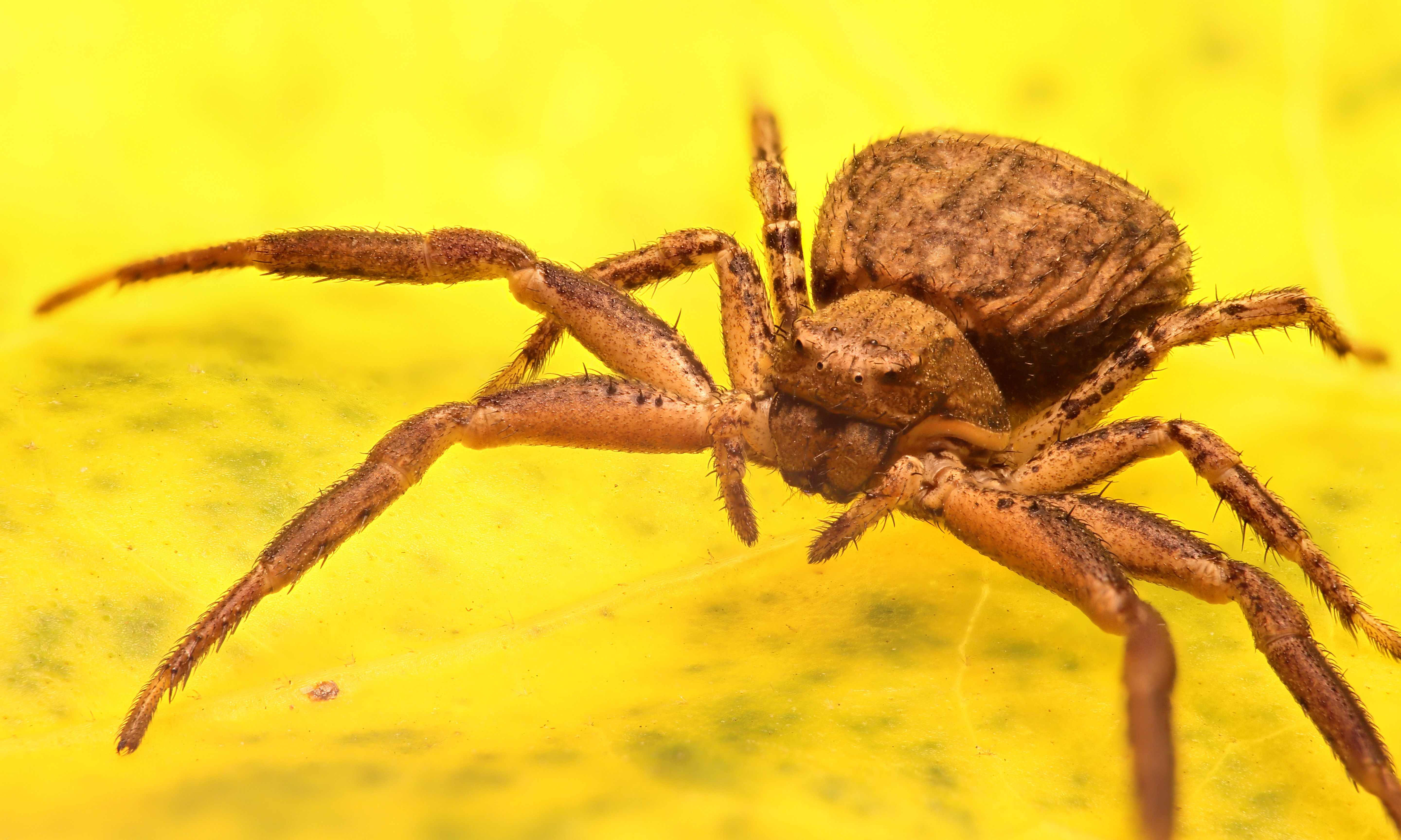 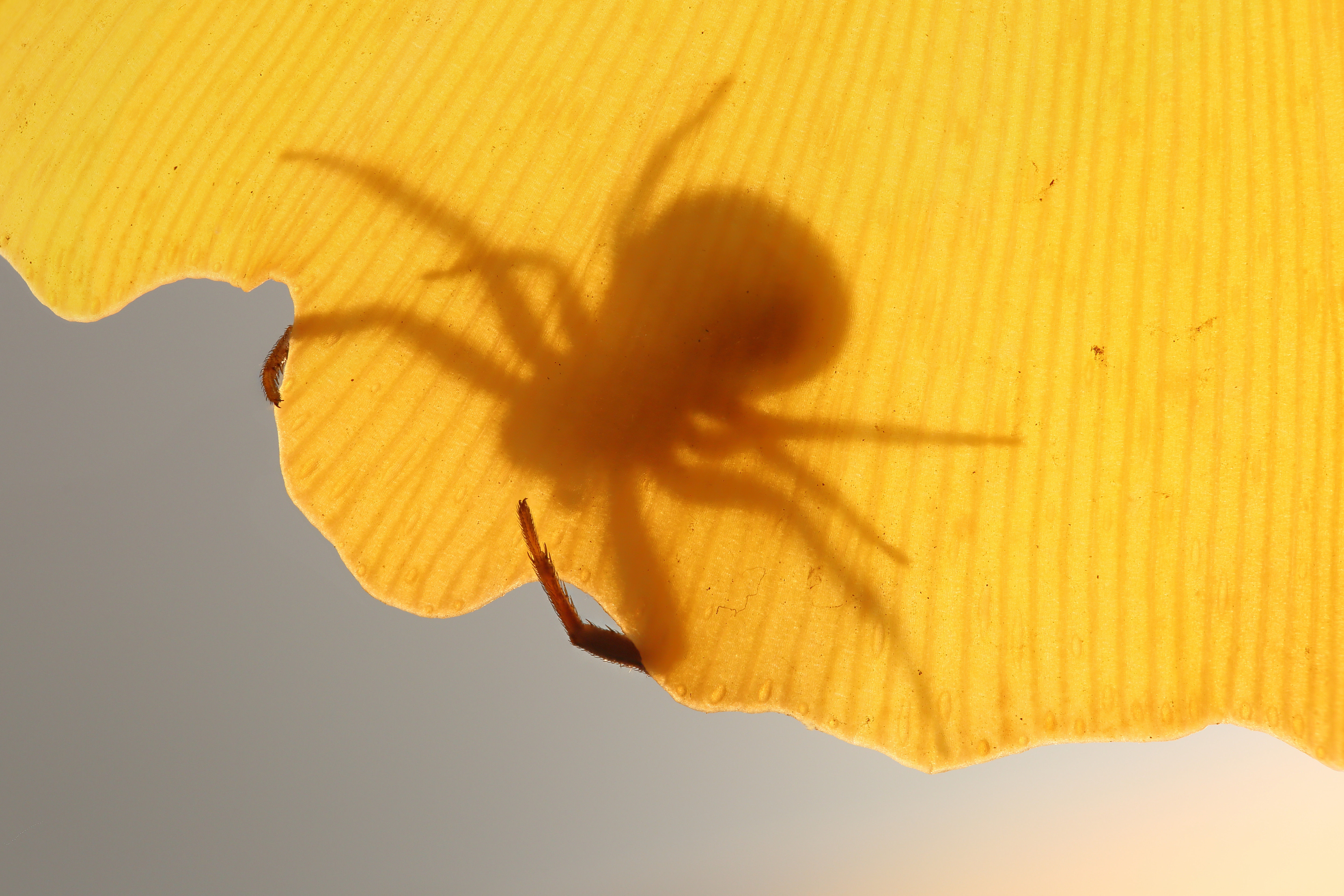 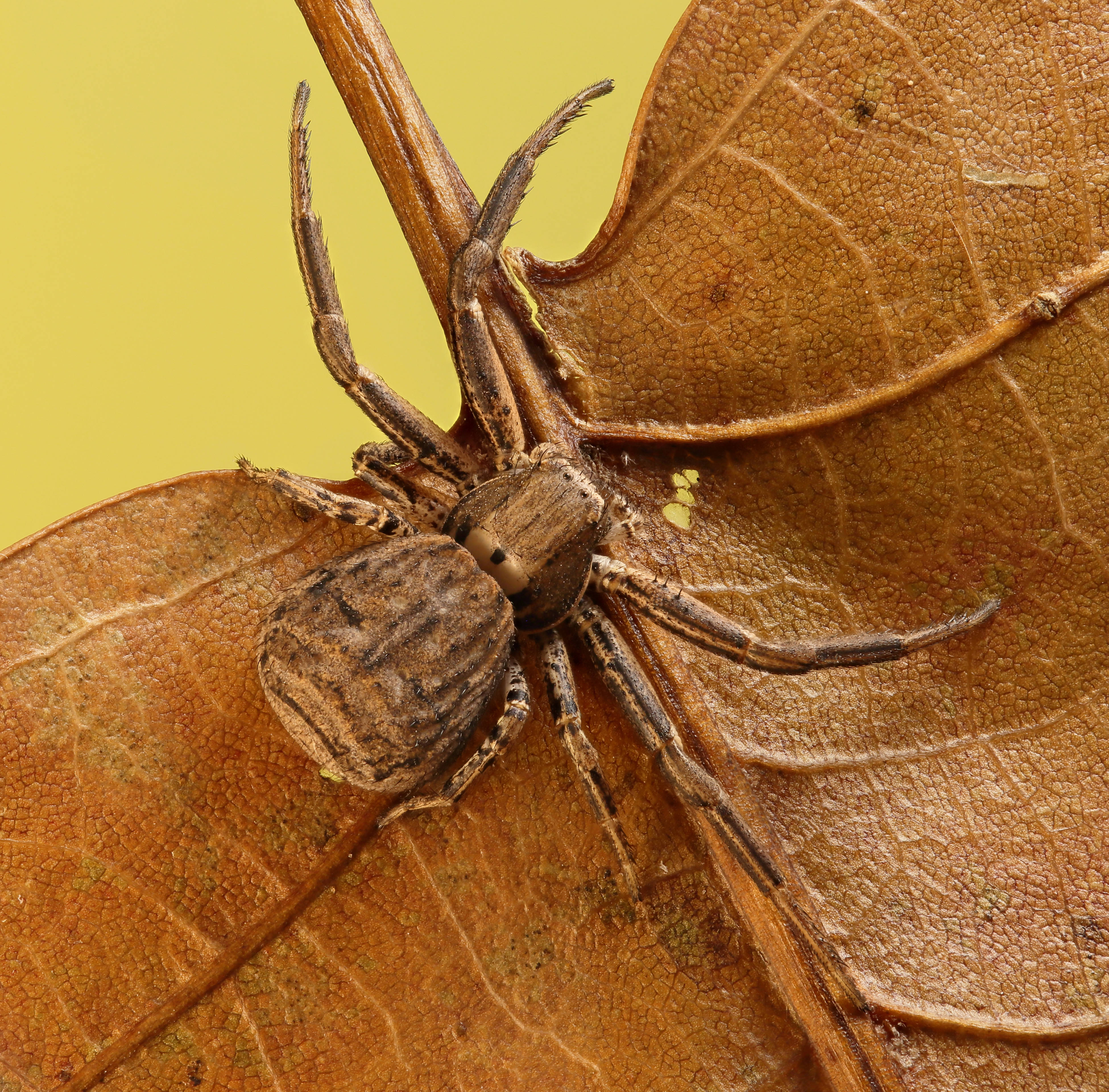 Finally, here is another staged picture of a flower crab spider this time, probably Misumenoides formosipes. I found her as they are often encountered—by seeing an insect on a flower that looks “wrong”. This one had done well since she had taken a honey bee that had unwisely decided to forage on her patch of goldenrod. I took her home with the intention of doing this stack, but by then the goldenrod flowers were wilted and she was restless. So I gave her a yellow flower from our garden, and she immediately snuggled down into it. During this session she was a total sweetheart since yellow flowers were her happy place. I call this picture “The Queen On Her Throne”, and it stands as one of my personal favorites of all my pictures. 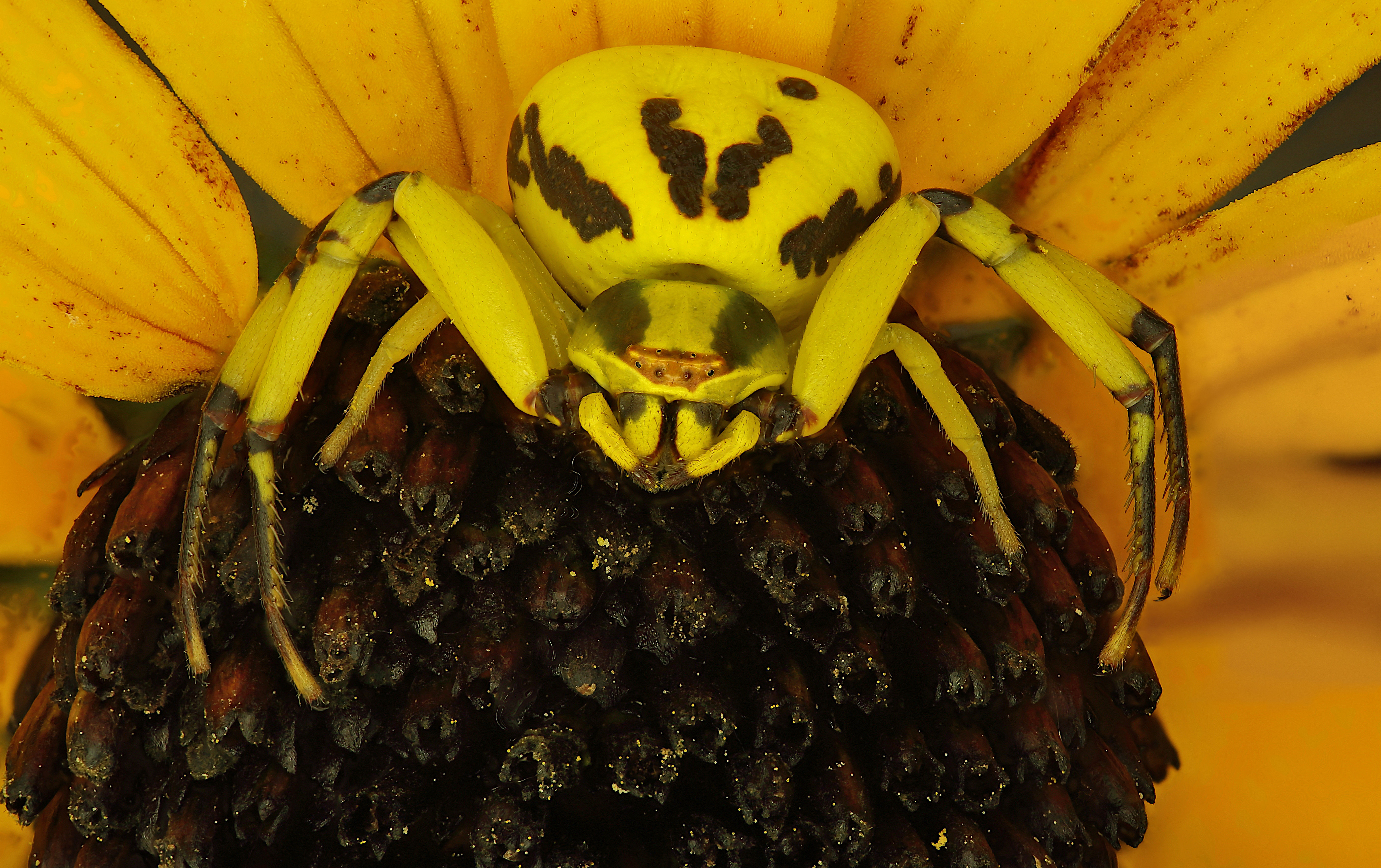