A friend sent me this tweet, and it horrified me. I’m assuming it’s real, and the site they link to in another tweet certainly seems real.

This is the new packaging one brand of oestrogen (Estradiol Valerate) comes in – marketed to male children by adults via sites such as Reddit, Tumblr and TikTok so they can grow breasts pic.twitter.com/3Tv5pxHcm5

Yes, the box uses Japanese anime characters to sell female hormones to young boys with gender dysphoria so they can transition to being transsexual females.

My own view on this is that although I have no objections to people who want medical therapy to change genders, it should be off limits to children and teenagers until they are at least 18 years old.  But in many places in the U.S. and Britain, you can get hormones, puberty blockers, and the like well before you’re 18, so long as you have permission from your parents and medical supervision. In fact, many children (mostly females) start hormone therapy (and “gender affirmation therapy”) at about 13.  Others who can’t decide take hormone blockers to halt the onset of puberty, but those can cause irreversible changes in your morphology and physiology as well, despite claims that the blockers are completely reversible.

At least according to Abigail Shrier, a not insignificant proportion of females who start transitioning early may change their minds, but transitioning is not reversible and there is strong social pressure to keep on that path. This makes it critically important to ensure that someone making this decision is doing so in full light of the consequences, and I certainly wouldn’t think that adolescents as young as 13 could make that decision. The recent huge increase in the frequency of female-to-male transitions may be due in part to social factors (some think, for instance, that these people might be gay but that being a transsexual marks you as much “cooler”), mandating even more caution.

Well, you may disagree with my views on age, but surely you’ll be horrified at how these hormones (shipped from Brazil) are marketed to kids. The sides of the box are shown below:

This is injectable estrogen. “Keep out of reach of parents”. Oy! 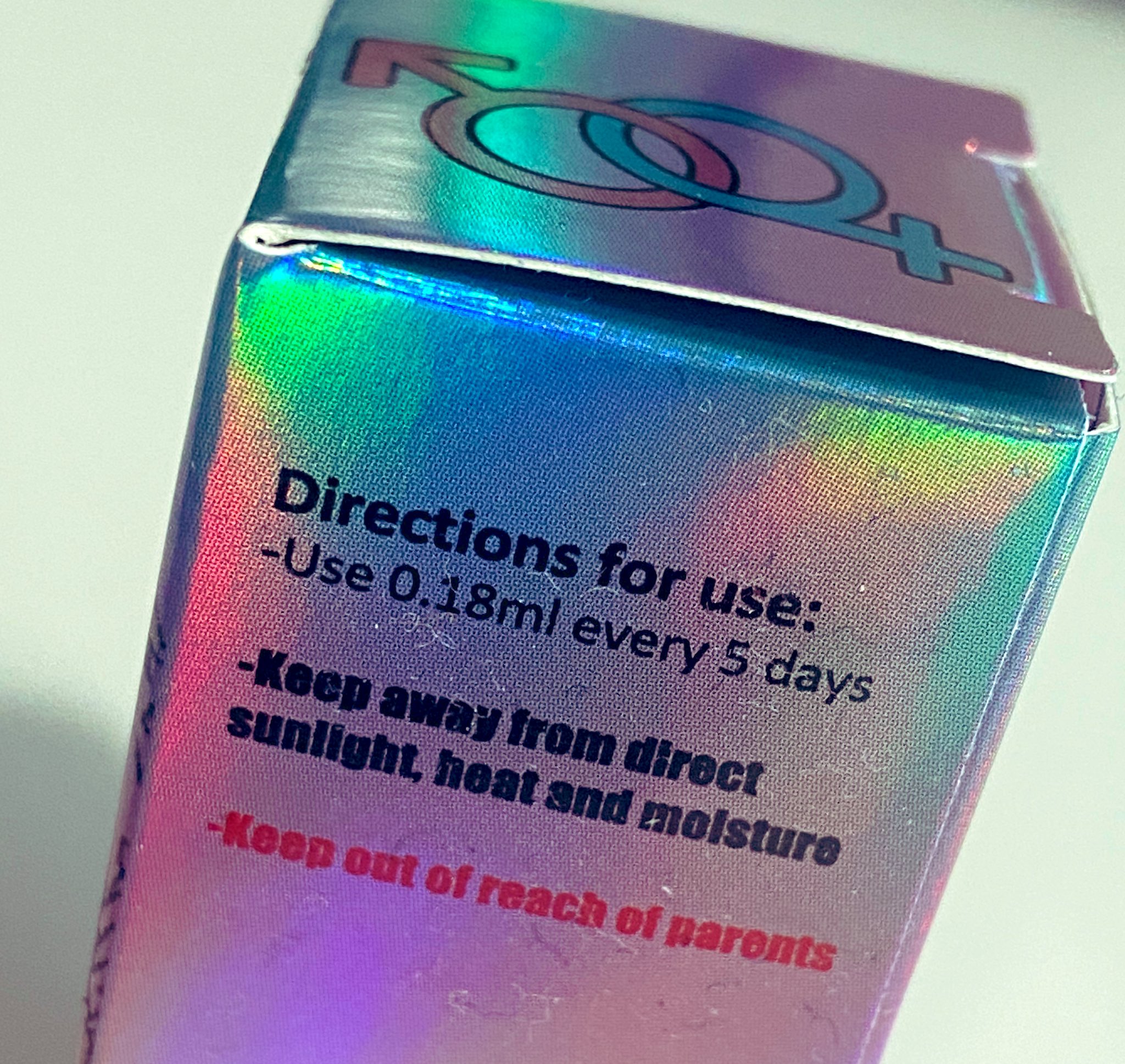 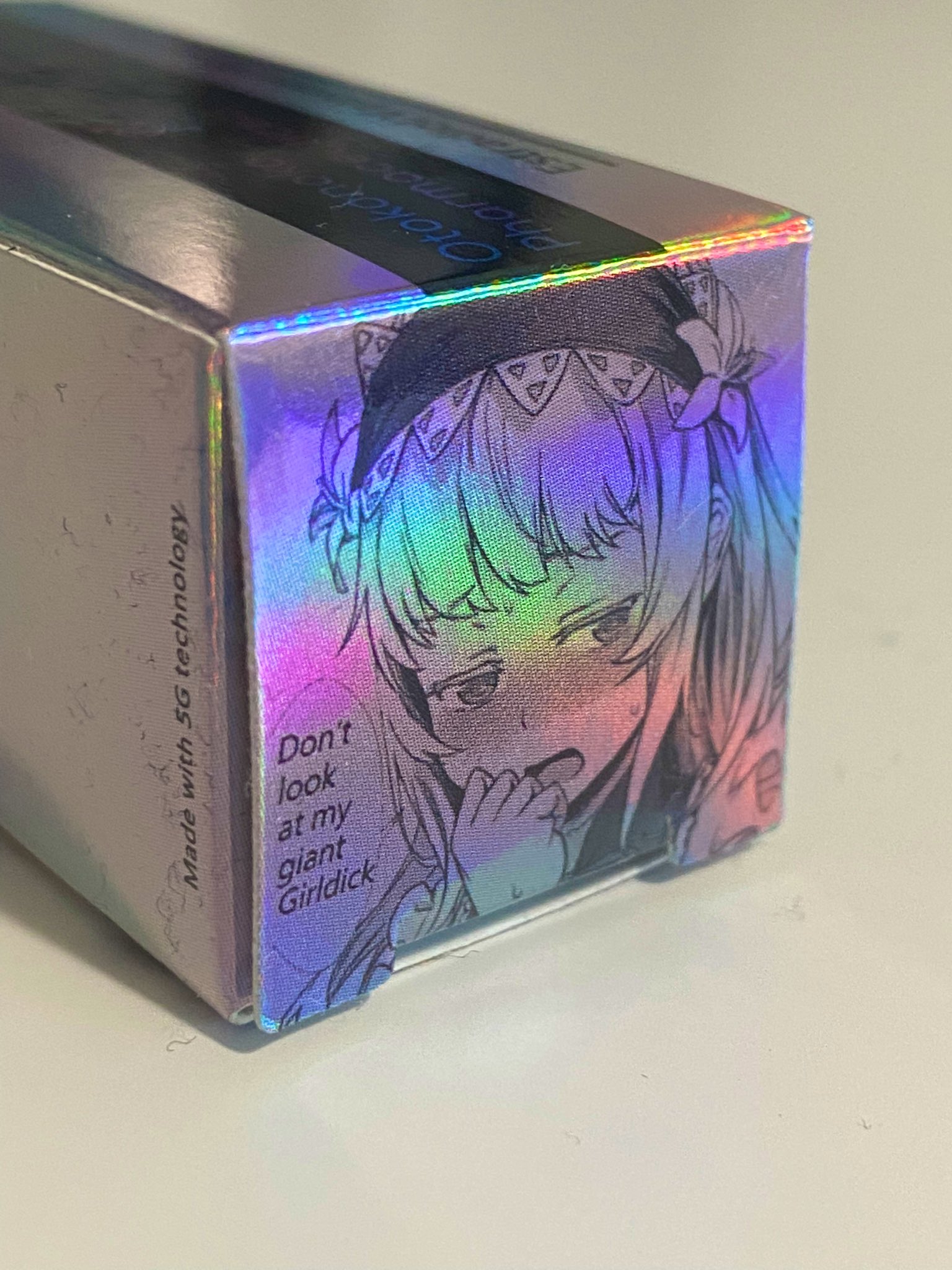 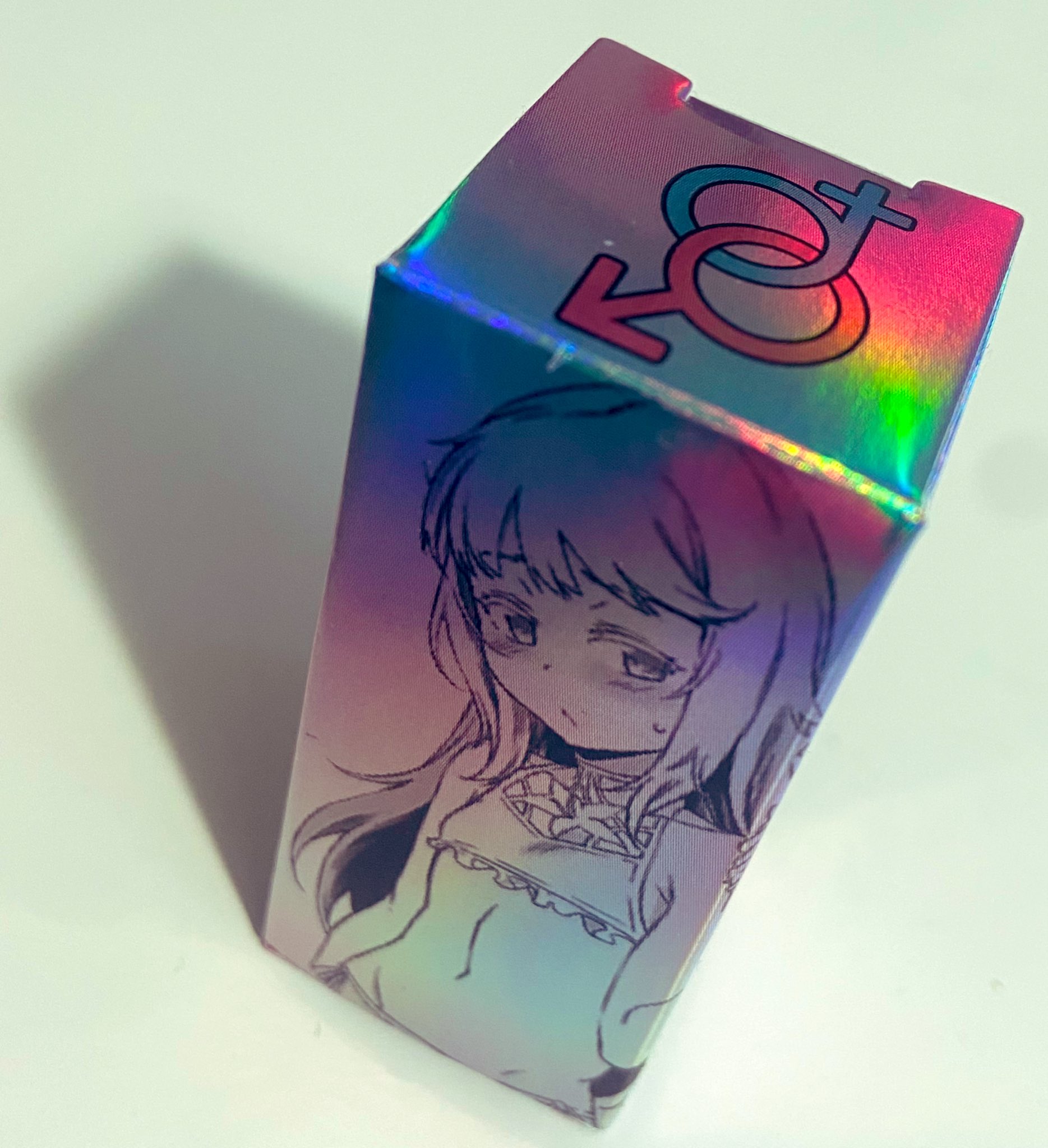 The site that sells this stuff is called Otokonoko Pharmaceuticals, which has a Japanese name but apparently is in Brazil, judging from the country code of their phone number as well as their ad (below). 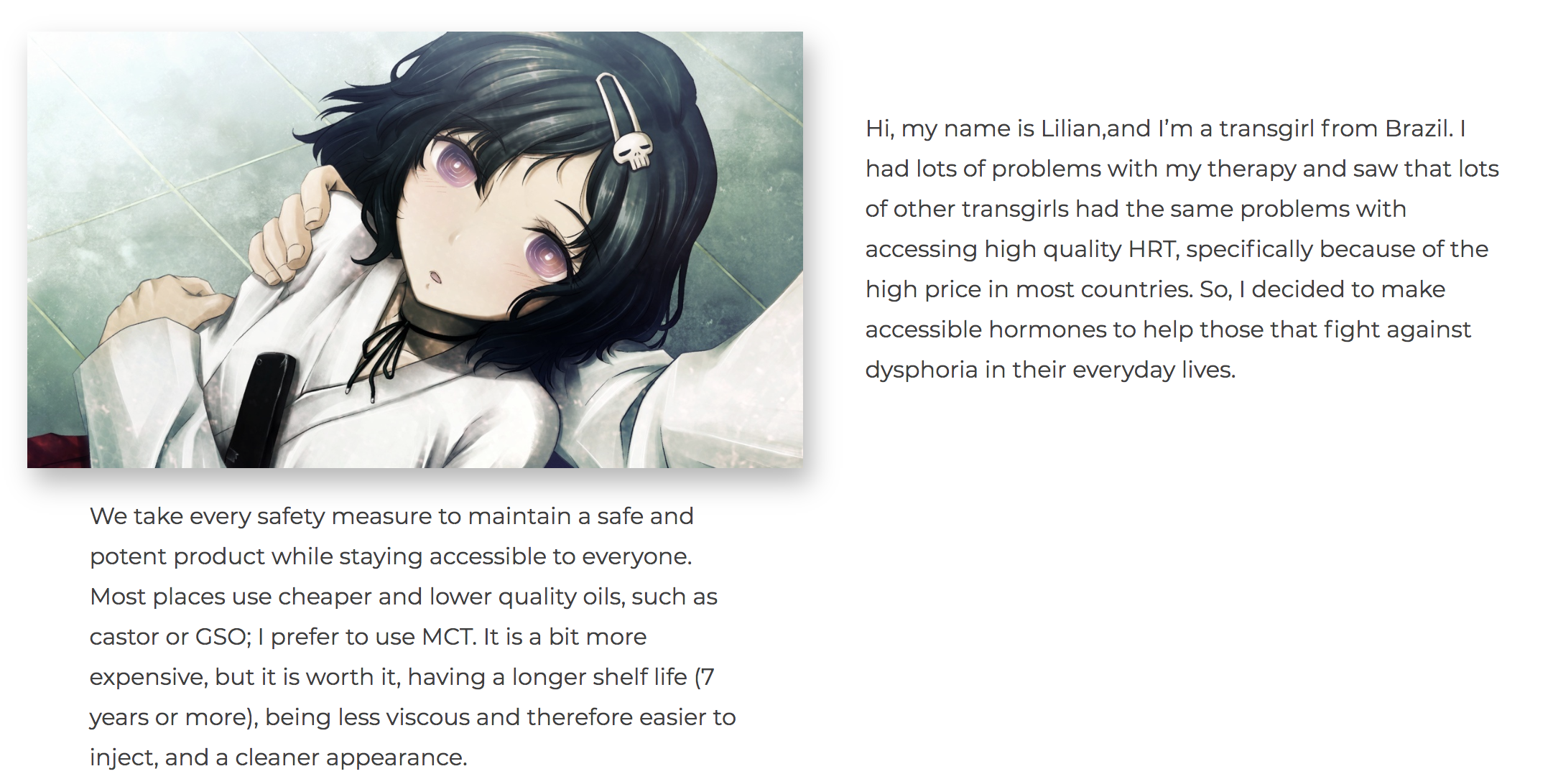 Note that you have to use PayPal or cryptocurrency (Bitcoin) to buy this stuff. I don’t know if kids can use Bitcoin, but if you have a bank account you can use Paypal. Some of these drugs are injectable, so the kids will have to inject themselves or have a friend do it, as this is clearly being done on the sly. (Even reputable clinics, though, sometimes send the patients home with the hormones and syringes.)

You can access the shopping page here. Whatever you want, they have: estradiol (injectable or pills), progesterone, testosterone, and puberty blockers.

How many teenagers avail themselves of this offer? It’s certainly not safe: would you inject yourself with estrogen from Brazil when you know nothing about its concentration, purity, or safety? They need to shut down sites like this pronto.

34 thoughts on “How hormones are sold to children”