UPDATE: My friend Andrew says that this book, by paleontologist George Gaylord Simpson, was pretty good (click on screenshot to buy): 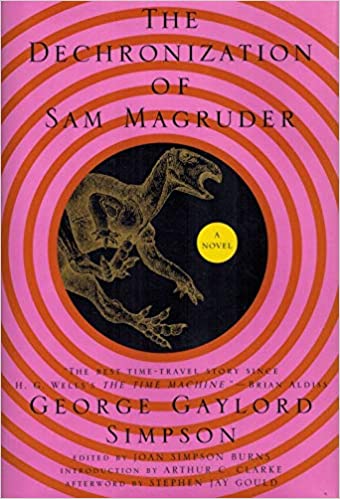 I’m pretty puzzled by this short Spectator piece by Richard Dawkins, as the pudding has no theme. 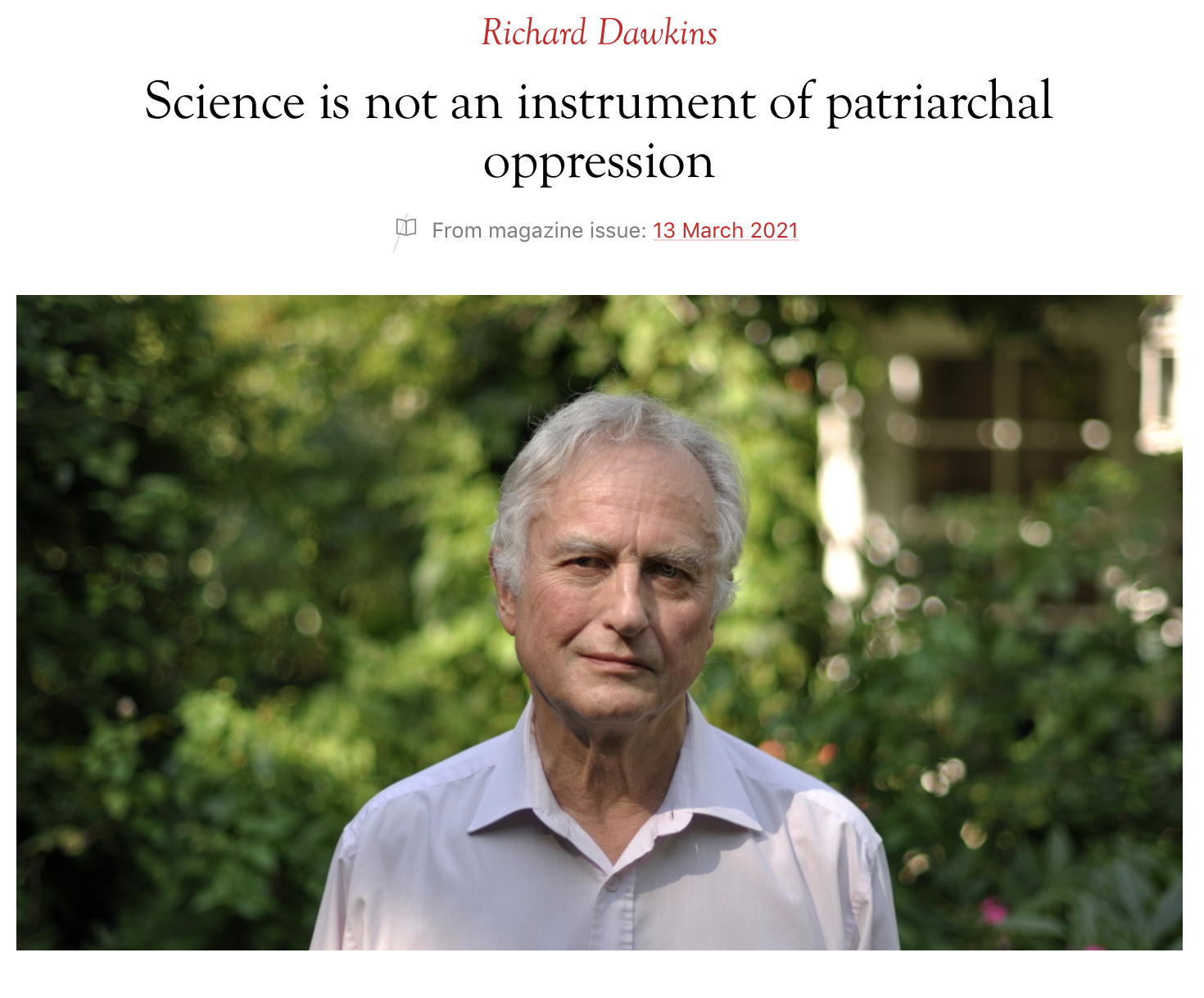 A summary of the contents:

a.) A claim that science is not a social construct, though of course it is in an important sense: The profession of science was constructed by humans, and its “rules,” such as they are, were also formulated by humans, though this was through trial-and-error rather than an a priori Diktat. Even Richard corrects himself here:

Science is not a patriarchal instrument of colonial oppression. Nor is it a social construct. It’s simply true. Or at least truth is real and science is the best way we have of finding it. ‘Alternative ways of knowing’ may be consoling, they may be sincere, they may be quaint, they may have a poetic or mythic beauty, but the one thing they are not is true.

The second and third sentences contradict each other. Science cannot be “true”, just like plumbing or dentistry can’t be “true.” What is considered “true” is what science finds out using empirical methods, and those truths are provisional (though some are nearly certain).  I do appreciate, though, that there are no other credible ways of knowing, for I’m arguing with Adam Gopnik at the moment (he thinks there are).

b.) Richard is baffled by Wokeness.

Strangely, when I have expressed hostility to woke nonsense, a significant reaction from American readers has been: ‘Well, people like you brought it on yourselves.’ Mystified, I dug deeper. Apparently the permissible spectrum of opinion is so all-or-none, so left-or-right, so yes-or-no that you can’t oppose both Trump and the loony left simultaneously. I’m now nursing an urgent worry: President Joe Biden needs to go out of his way to distance himself from this mental virus or he’ll play into the hands of the Trumpers in the 2022 and 2024 elections.

I agree with the last sentence. Biden has done some great stuff, and will do more, but he’s going to make some missteps in the direction of Wokeville. That doesn’t detract for a second from the vast improvement we have in him over Trump, but I anticipate that I’ll have to kvetch about some of his policies in the near future. Right now, though, I’m immensely pleased with our new administration.

Richard also gives a mixed review to Pluckrose and Lindsay’s book Cynical Theories, liking it in general but also finding it “obscurantist.”

c.) Richard has some new books coming out, including a novel.

This week I find myself in the unusual position of putting to bed two new books at the same time, plus the audio reading of an earlier book, Unweaving the Rainbow. Of the new books, Flights of Fancy is about how animals and humans defy gravity and get off the ground. The second, Books Do Furnish a Life, is a collection of book reviews, forewords, afterwords, book-related writings in general. Some editorial voices were raised against the Powellian title, on the grounds that it sounds retrospective. Fair point, but if you can’t be retrospective when you’re rising 80, when can you?

Happily, there’s no rule against being prospective at the same time. Accordingly I’ve just started work on my first novel. Provisionally called The Genetic Book of the Dead, its scientist heroine reconstructs the genome of australopithecines. Will she actually bring a new Lucy to life after three million years? The bulk of the novel, of course, will explore the social, political, ethical, theological etc implications of such a resurrection.

Ummm. . . novels differ from popular science, and I’m worried that this one will be overly didactic. What made me even more worried was Richard’s statement after it: “This fiction business, it’s harder than I thought. How do you write convincing dialogue?”  That is something that one can improve at, but my view is that you’re either a born novelist or you’re not one. In fact, I know of no good fiction by scientists, though I’m told that J. B. S. Haldane wrote a good sci fi book.

At any rate, I’ve never seen Richard write an essay that didn’t have a theme that was coherent and eloquently espoused. In contrast, thie piece seems like a collection of random thoughts. But Flights of Fancy is the book I most look forward to, though the essay collection should also be good.

57 thoughts on “A brain dump from Richard Dawkins”