The weather is warming up here, and Honey may begin building her nest within a few weeks. Let’s hope it isn’t on the east side of the biology building like last year, a location requiring some provision for a soft landing for the ducklings. I’m also hoping that Honey and Rosie (Rosalind) don’t breed at the same time, either, as that may lead to more kidnappings this year.

By the way, photos of Rosie’s bill show a remarkable similarity to that of Dorothy’s bill taken last year, so there’s a fair chance that Dorothy has come back again with Honey. More data to come. . .

But today let’s not worry; let’s enjoy some photos of our favorite mallards.

First, an itinerant hen and her handsome drake. I am not feeding any ducks other than Honey, Rosie, and the drake Shmuley, as I don’t want the pond crowded with ducks, nor do I want more than two broods of ducklings if I can avoid it. 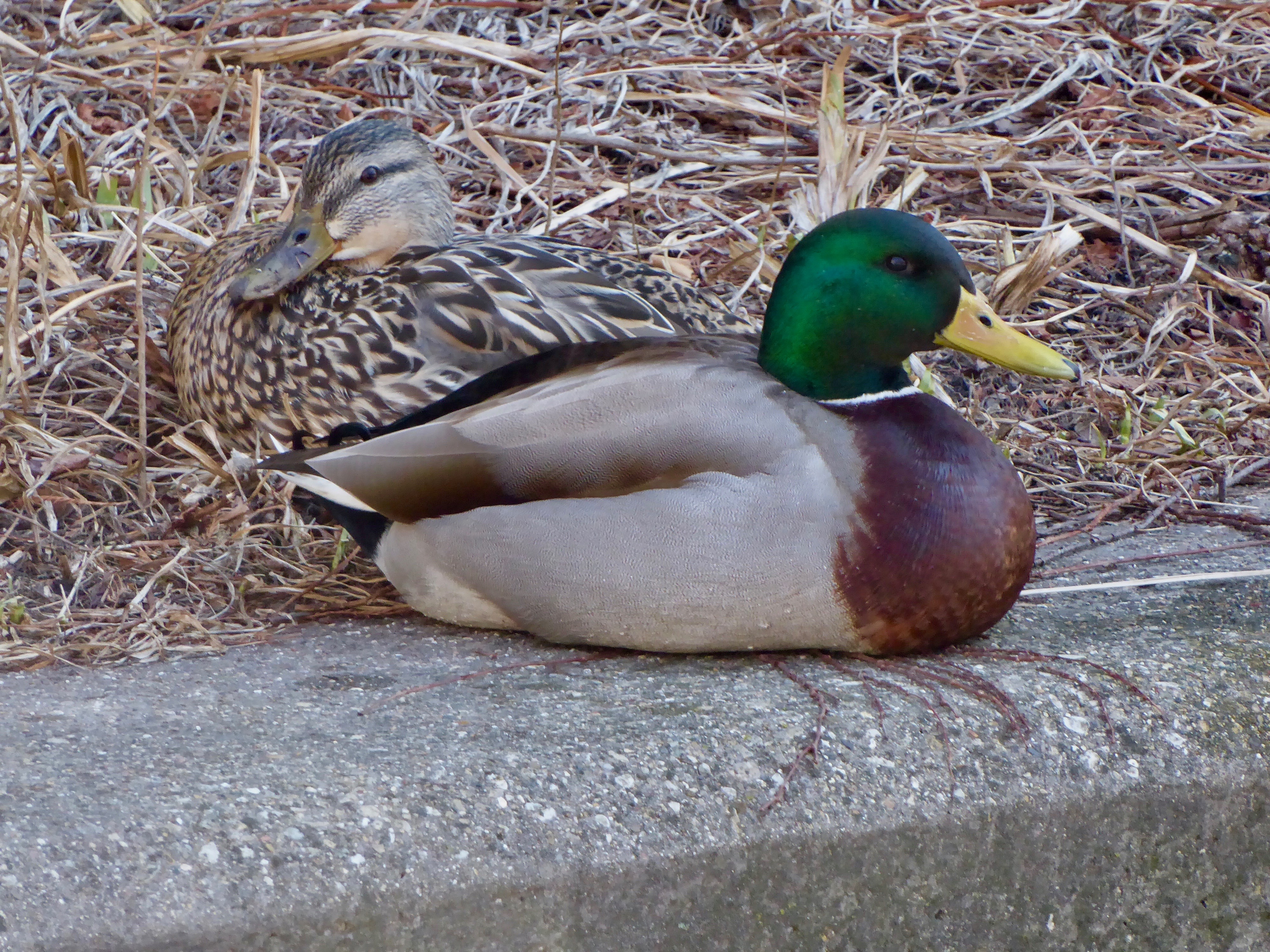 The ice on the pond is melting rapidly, and will be gone in less than a week. Below you can see Honey, Rosie, and Shmuley (“Honey’s Armada”) driving the other ducks out of the pond and onto the ice: 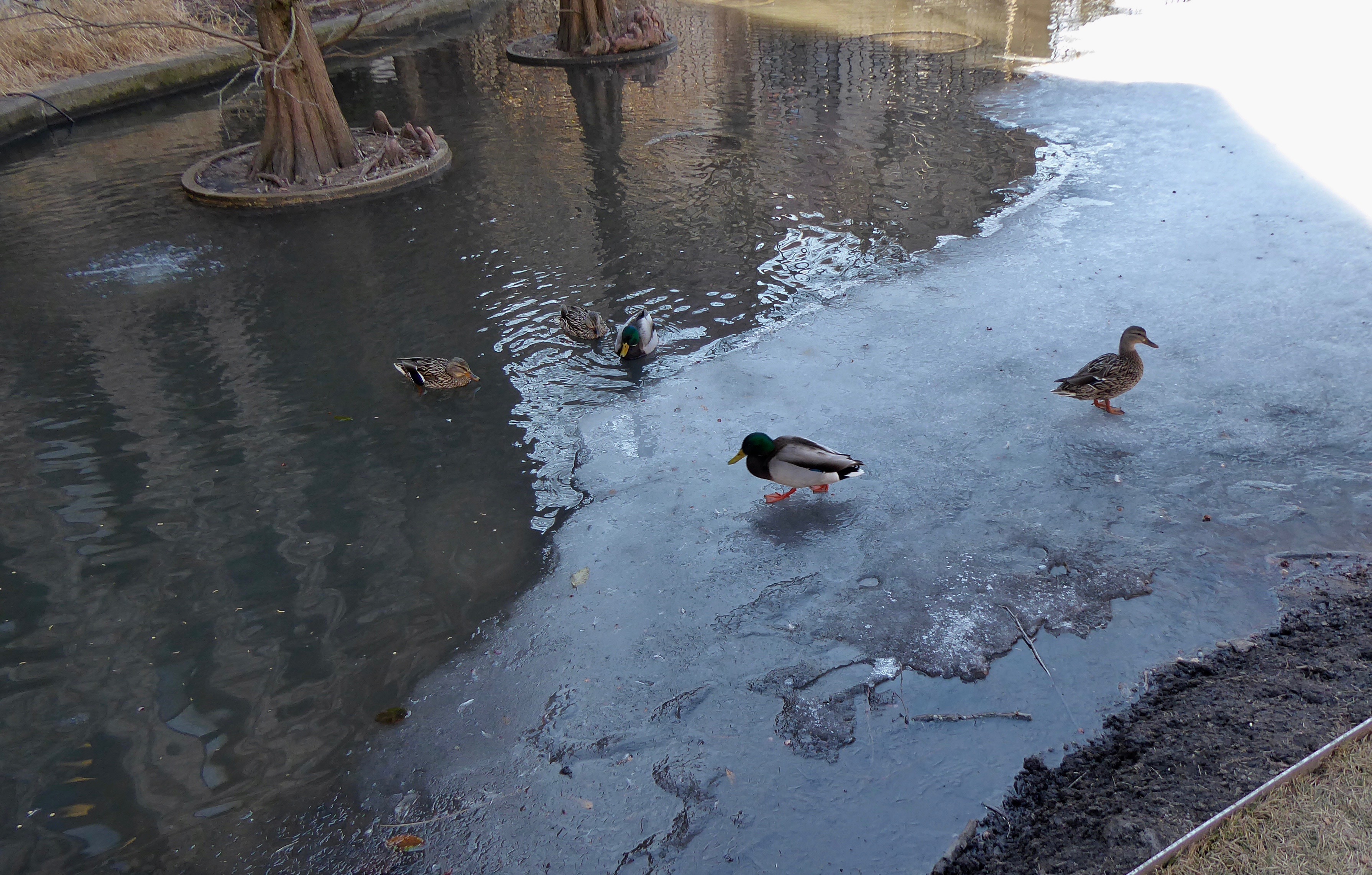 The Armada, with Honey to the left: 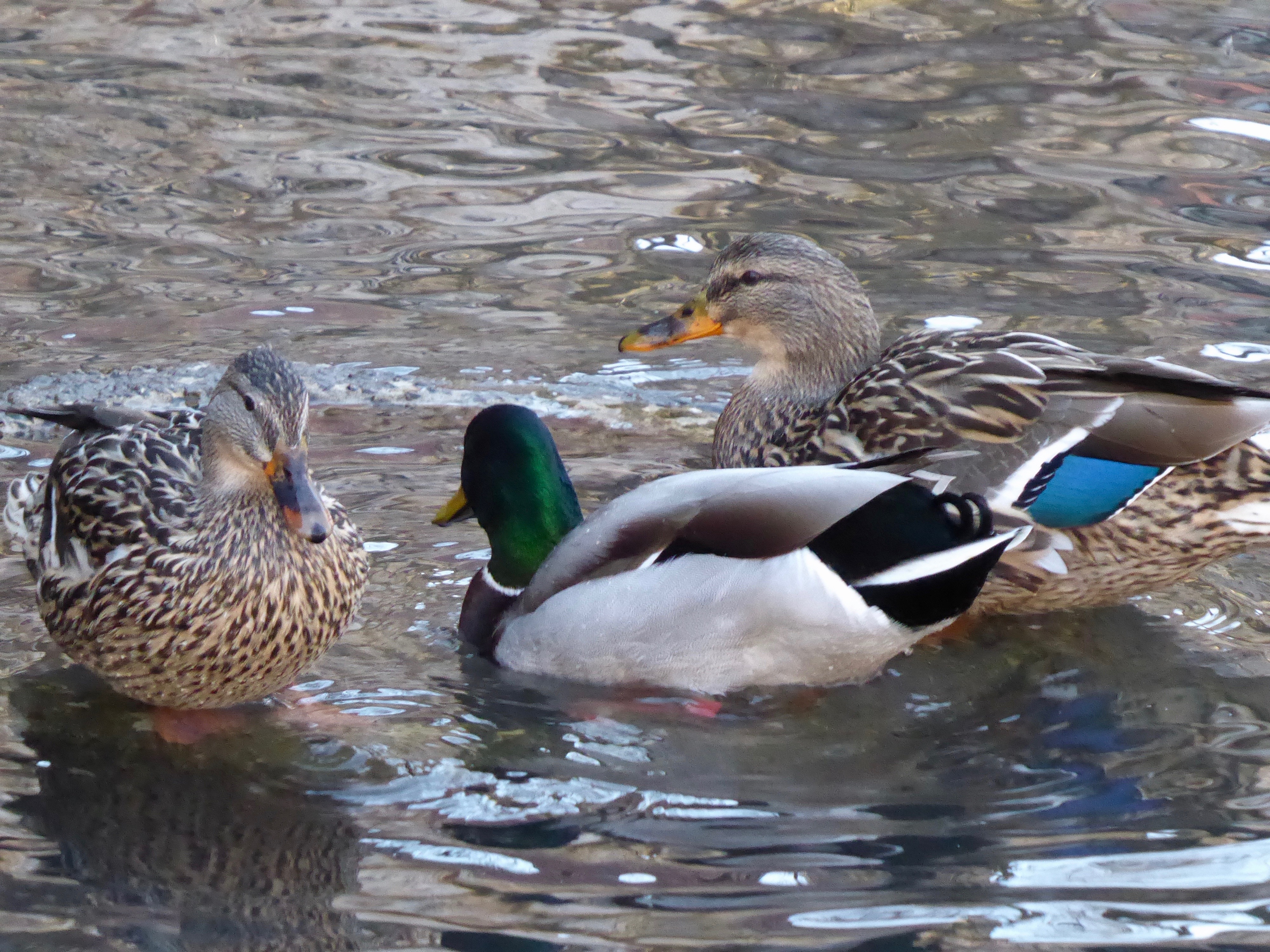 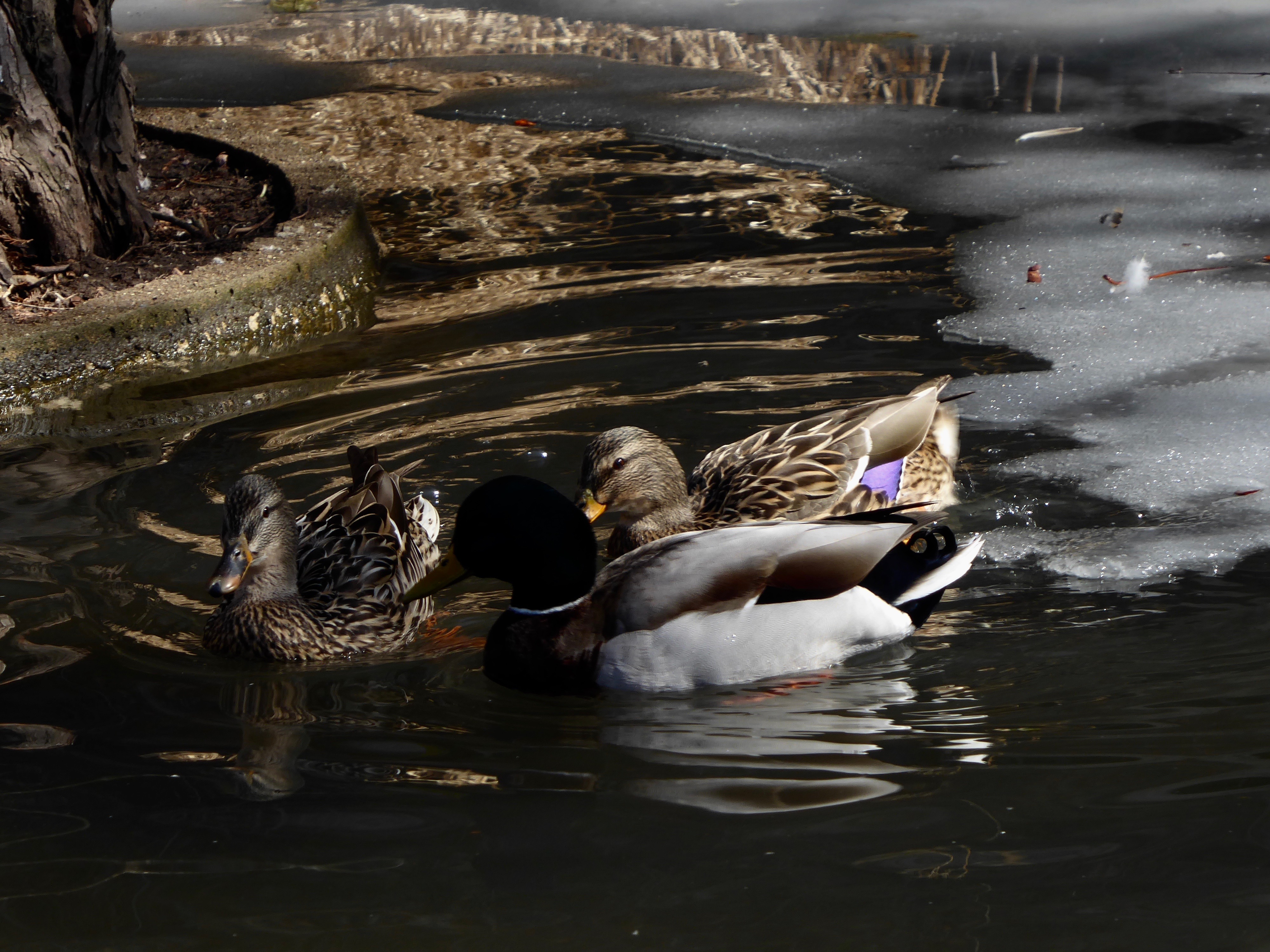 Honey and the father of her future ducklings (I think, for paternity isn’t assured without a PCR test). I did see them mate, but that’s not dispositive. 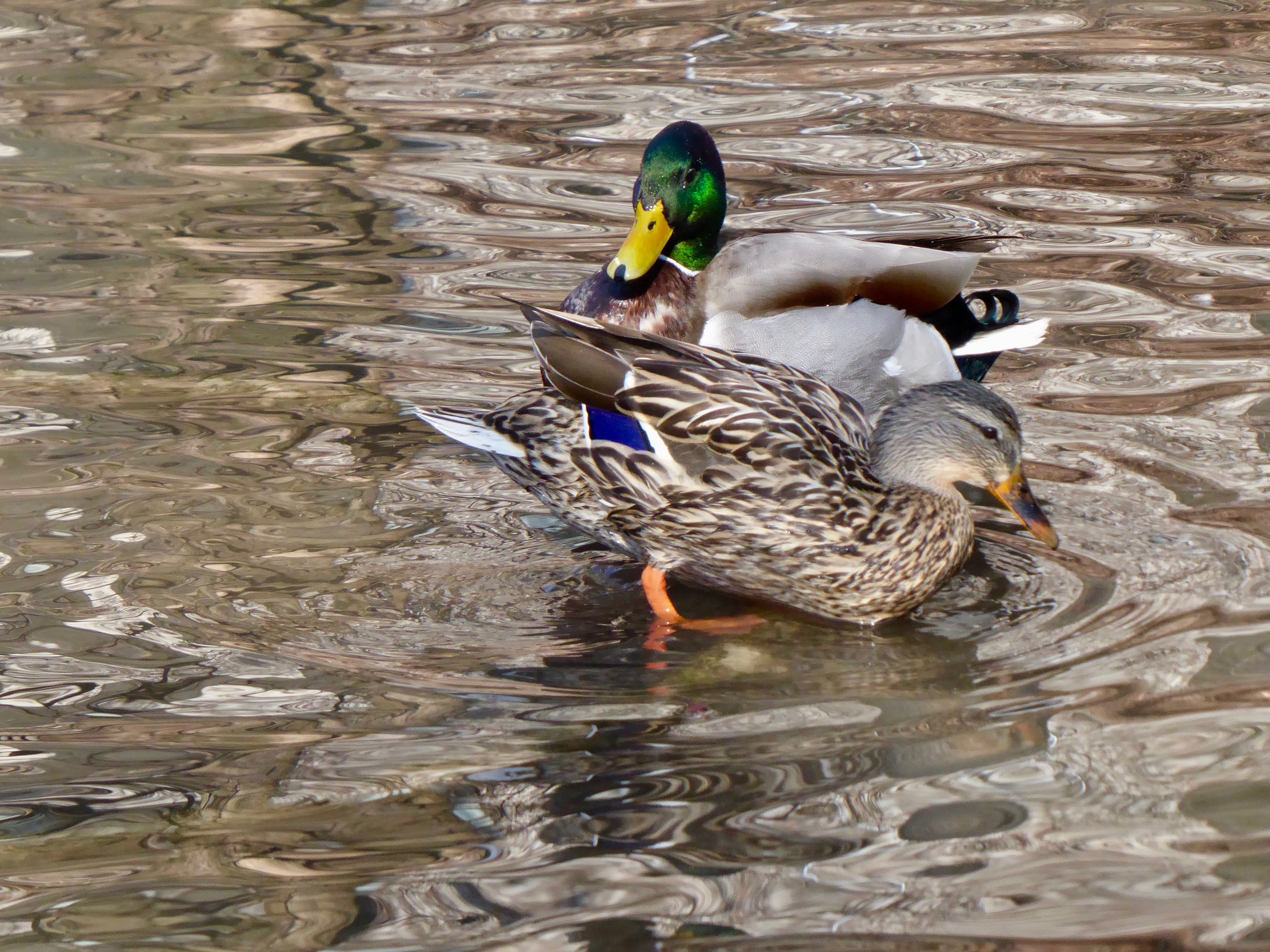 After lunch yesterday, the Armada retired to the South Duck island for a vigorous preen and a snooze. Here are two videos of the preening:

And single shots of the preening. Rosie is the main subject. 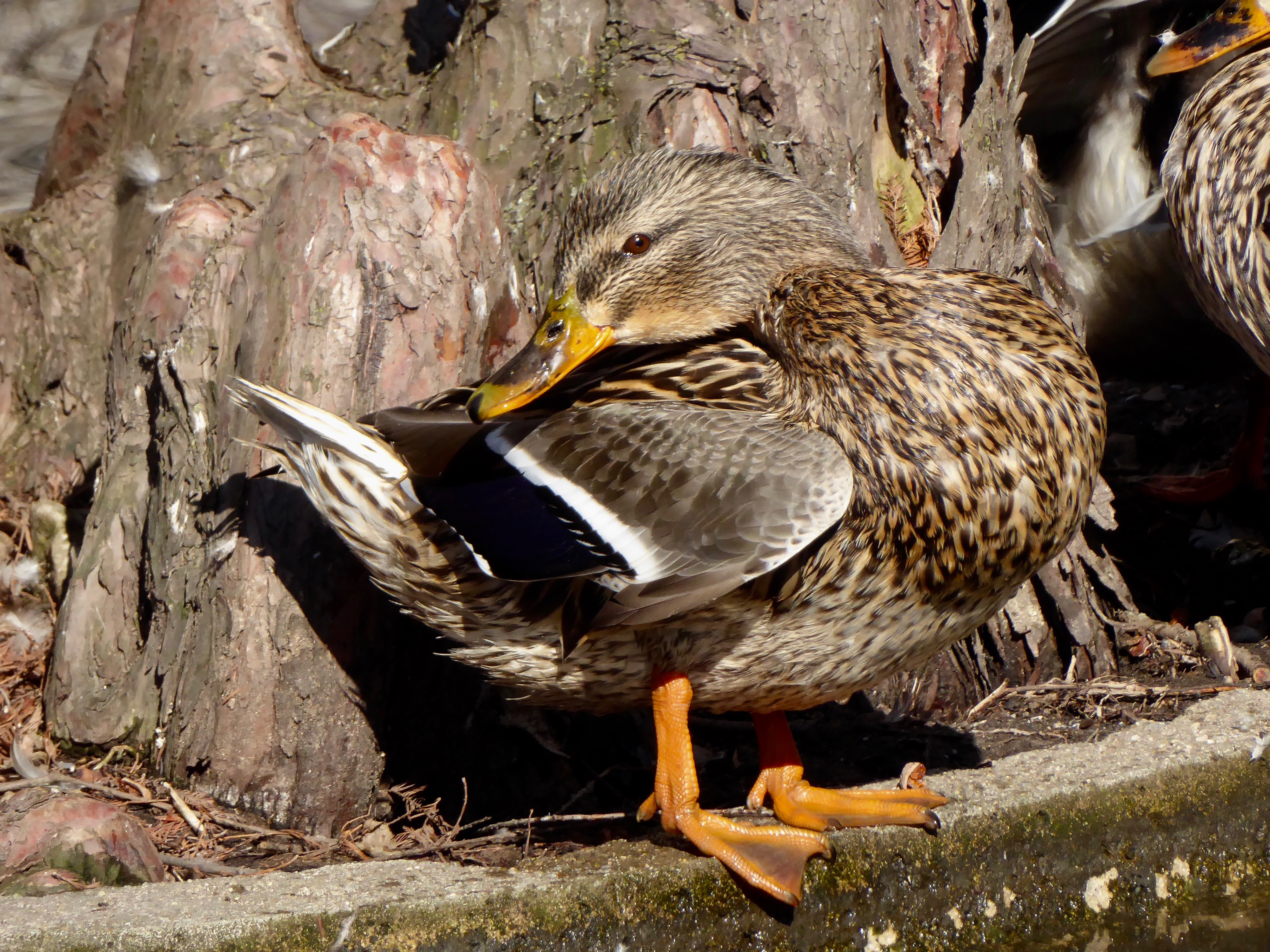 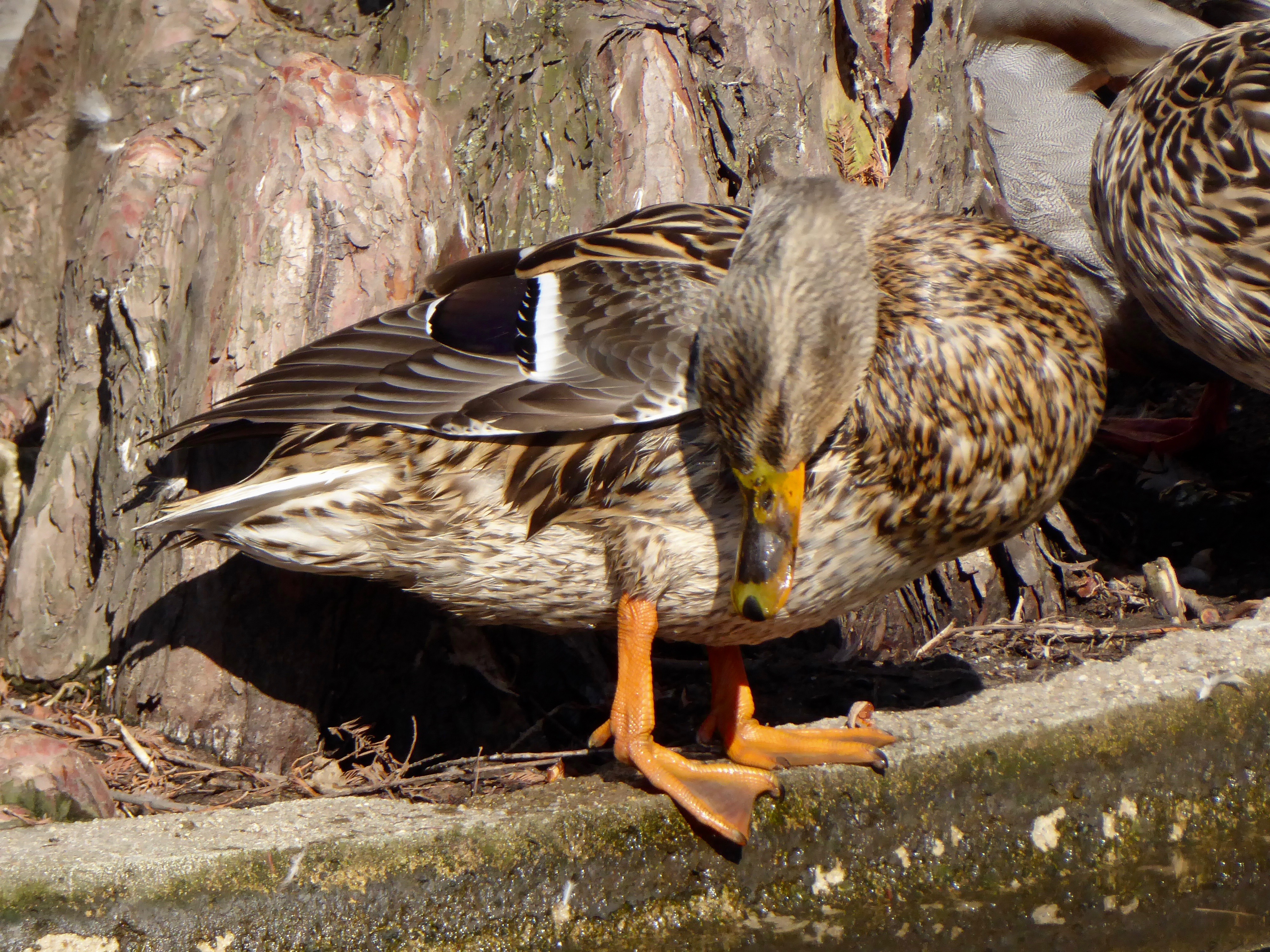 Note the serrations (“teeth”) on the bill, which act as strainers when the ducks dabble, taking in mouthfuls of mud and water that are then expelled with the goodies retained—much like a baleen whale. 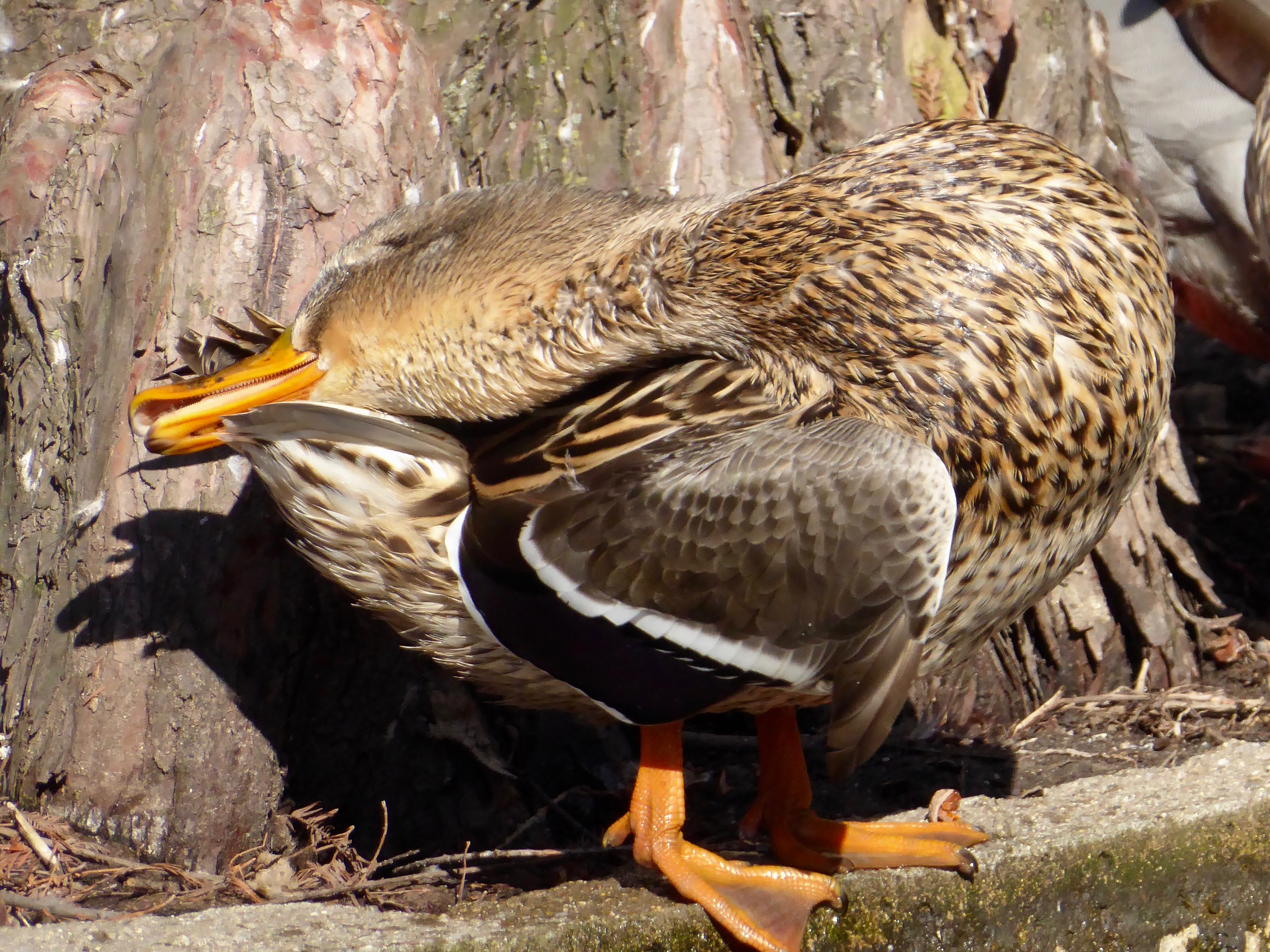 Honey and Rosie: BFFs. Remember how Honey and Dorothy were BFFs too last year? That is, until they produced ducklings within two days of each other. 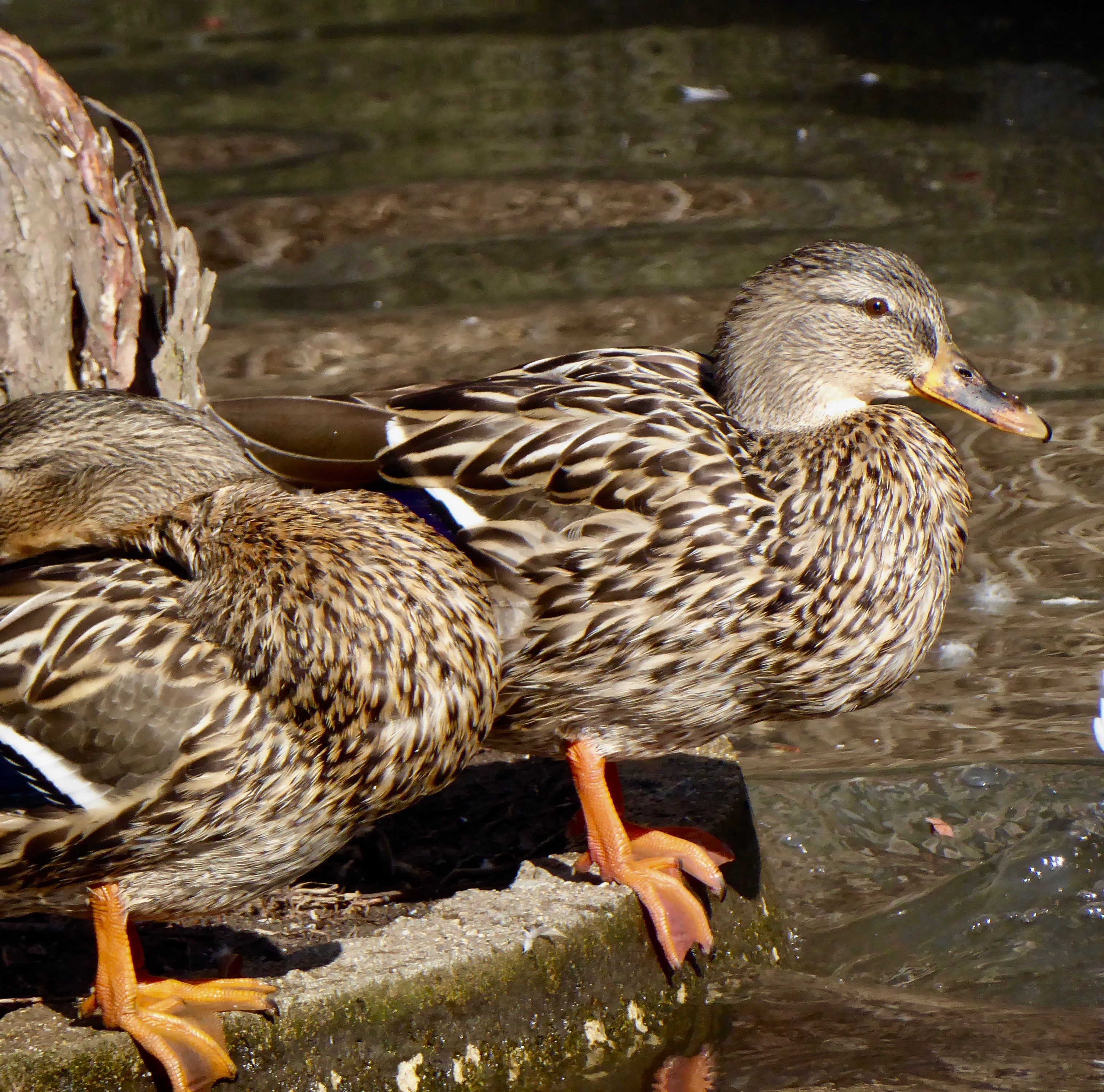 Honey’s Armada (Honey to the right): 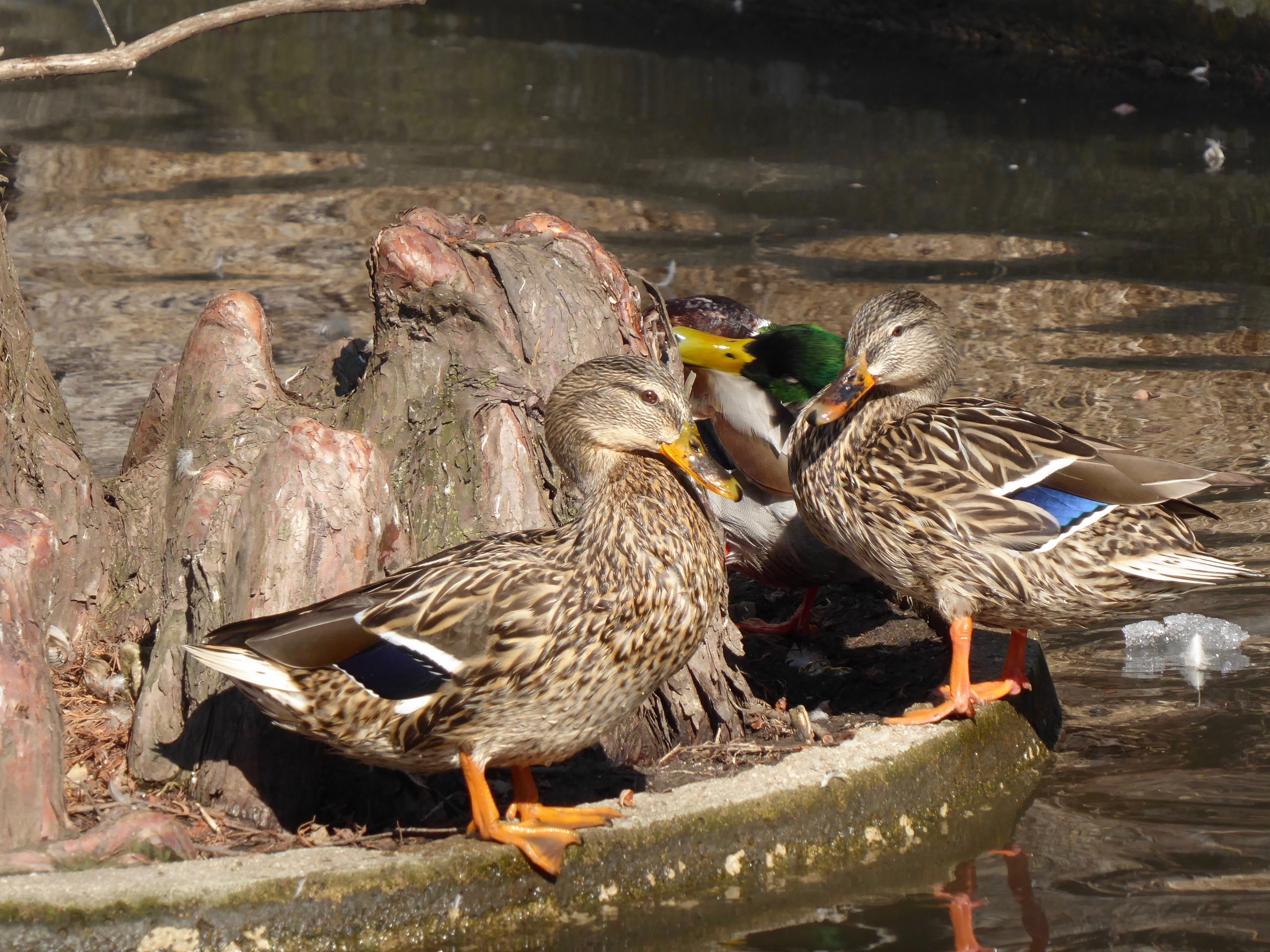