Yes, I’ve exaggerated with the word “canceled”, but if English departments were like police departments, you could say that Shakespeare is getting “defunded.” Unfortunately, I am not an expert on the Bard, having read only the most famous of his plays (and all of the sonnets), so all I can say is that he is not just an expert in constructing intricate and absorbing plots, but a genius, probably unparalleled, in the use of the English language. His preeminence is justified, but of course he’s a dead white male, and of course there is Othello (who doesn’t come off so badly, as Shakespeare was no white supremacist), and most of all there’s Shylock.

But crikey, that was the late 16th and early 17th century, and Shakespeare gets off pretty well compared to what were probably the attitudes of his English countrymen.  Nevertheless, he’s being downgraded, and this is expected given the way things are going. The criticism doesn’t seem to mention Shylock because, after all, who cares about stereotyped Jews?

The article below is of course from a conservative venue: the Washington Times. But that doesn’t mean that the quotes (indented) are fake, so if you find a fake one, let me know. Otherwise, I’ll give a few excerpts, as I must take my wintery constitutional before I watch the Mars landing. Click on the screenshot: 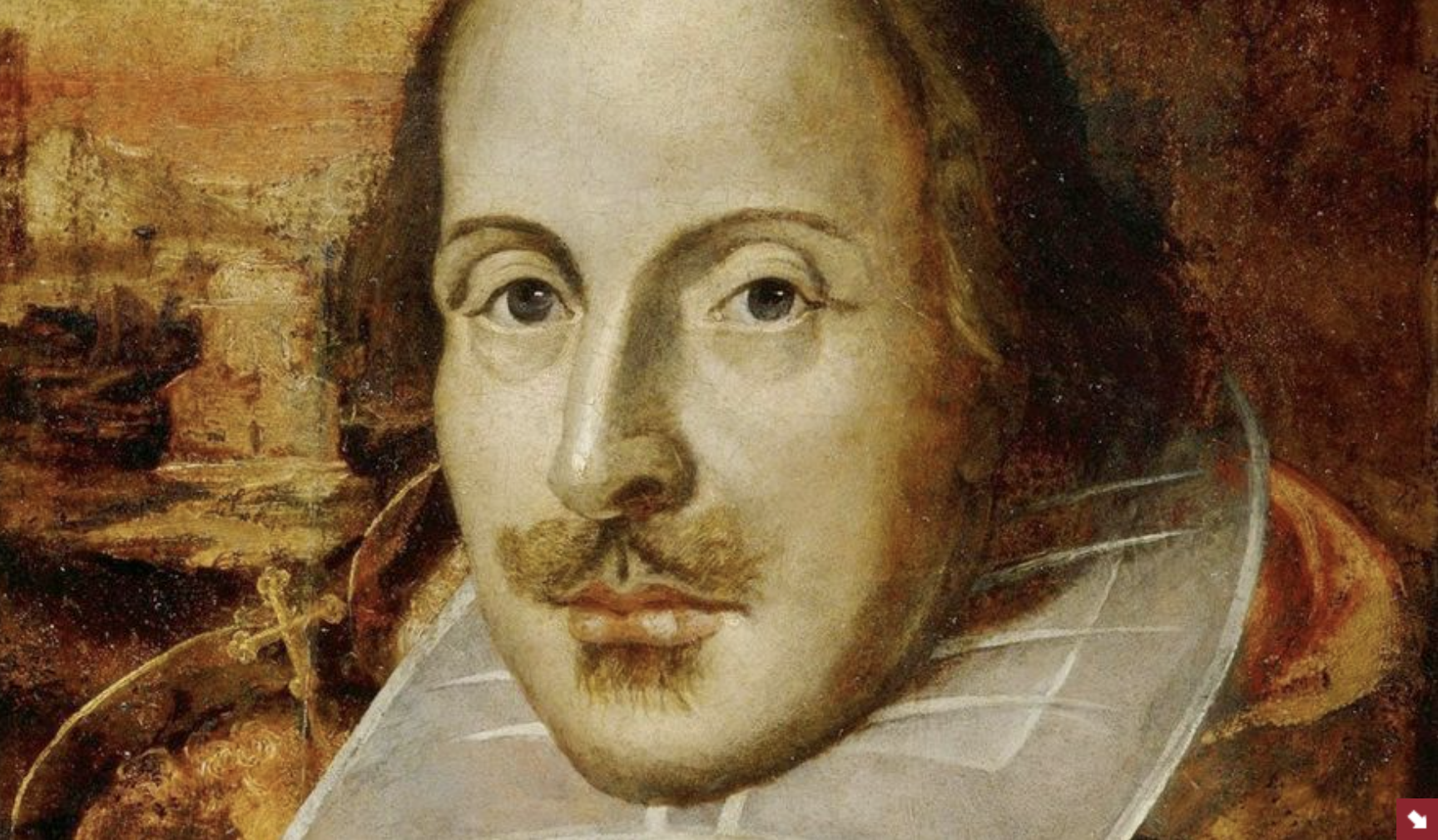 So let’s put Shakespeare in the dock. “Mr. Shakespeare, you stand accused of these sins:”

For the new breed of teachers, Shakespeare is seen less as an icon of literature and more as a tool of imperial oppression, an author who should be dissected in class or banished from the curriculum entirely.

“This is about white supremacy and colonization,” declared the teachers who founded #DisruptTexts, a group that wants staples of Western literature removed or subjected to withering criticism.

The anti-Shakespeare teachers say fans of the plays ignore the author’s problematic worldview. They say readers of Shakespeare should be required to address the “whiteness” of their thinking.

If Shakespeare must be taught, these educators say, then it should be presented with watered-down versions of the original or supplemental texts focused on equality issues.

I suppose this is because those Montagues and Capulets who were always quarreling were MEN, ergo the family feud exemplified toxic masculinity.

Being an irrelevant hack:

This is among the most ridiculous of the comments, but remember that Woke ideology rejects the idea of a meritocracy. And Shakespeare, often considered the greatest of English-language writers, is triply bad because he was a white male as well as a great writer, so he needs to be taken down a few pegs. For example:

The School Library Journal, which describes itself as “the premier publication for librarians and information specialists who work with children and teens,” joined the fight this year and offered young adult novels as alternatives to Shakespeare.

The librarians also showcased an essay questioning the contemporary value of the playwright responsible for classics such as “Hamlet,” “Macbeth” and “King Lear.”

“A growing number of educators are … coming to the conclusion that it’s time for Shakespeare to be set aside or deemphasized to make room for modern, diverse, and inclusive voices,” said the essay, titled “To Teach or Not to Teach: Is Shakespeare Still Relevant to Today’s Students?”

“Educators grappling with these questions are teaching, critiquing, questioning, and abandoning Shakespeare’s work, and offering alternatives for updating and enhancing curricula,” it said.

Set aside! Defunded! This reminds me of Professor Philip Ewell, a black professor of music theory at Hunter College in New York, who said this about Beethoven (quoted in the New York Times):

Last April [Ewell] fired a broadside at Beethoven, writing that it would be academically irresponsible to call him more than an “above average” composer. Beethoven, he wrote, “has been propped up by whiteness and maleness for 200 years.”

Check out the link.

And talk about damning with faint praise:

“We believe that Shakespeare, like any other playwright, no more and no less, has literary merit,” wrote Lorena German, a teacher who penned #DisruptingShakespeare and is often engaged in Twitter discussions on the subject. “He is not ‘universal’ in a way that other authors are not. He is not more ‘timeless’ than anyone else.”

You mean that every author is equally timeless? Shakespeare doesn’t speak to us any more than, say, the author of Jonathan Livingston Seagull? All must have prizes!

Well, I’ll leave out the kvetching about wokeness that also permeates the article; the critics above speak sufficiently to the malaise afflicting the humanities. Anyone who can argue that Shakespeare is no more timeless than anyone else must not only argue that he’s revered simply because he was a heterosexual white male, but must also argue that every other author and playwright who ever lived is just as good as the Bard. And that’s just nuts.

93 thoughts on “Shakespeare gets canceled”