For a few years I’ve had email conversations about “ways of knowing” with Adam Gopnik, who writes for the New Yorker and has also published several books. Our conversation has centered on whether science is the only way of knowing, or whether there are other ways of knowing as well. Adam defended the arts in this respect, and we’ve had some vigorous back and forths about whether music, painting, and literature in particular can be ways of knowing. I wanted to formalize our thoughts in a systematic way, and so I asked Adam to join me in a series of exchanges on the “Conversation” site of Letter. I just put up the first letter, which you can read by clicking on the screenshot below.

Our discussion critically depends, of course, on what we mean by “science” and “ways of knowing”. I’ve tried to define those carefully in my first letter, construing science rather broadly so that the topic becomes “the methods used by science” as ways of knowing. My position, which you’ll recognize if you’ve read this site for a while, is that yes, the methods of science are the only way of knowing. Religion is not, art is not, and ethics is not. I see philosophy and math as more circumscribed ways of knowing, since they convey knowledge about what holds within a system of axioms, but not about the universe. (I’m not a “mathematical realist”.) Of course philosophy and ethics are often informed by facts about the universe, and mathematics is an indispensable tool for understanding the universe.

Anyway, you can read my first thoughts (and definitions) in the first letter, posted on the site today (click on screenshot below). Adam will respond within a week, and we’ll each produce three or four letters in total, depending on how the conversation goes. I’m looking forward to this because scientists don’t usually get to engage in such a discussion with people who know a lot about the arts. I’m honored that Adam chose to join me in the exchange. 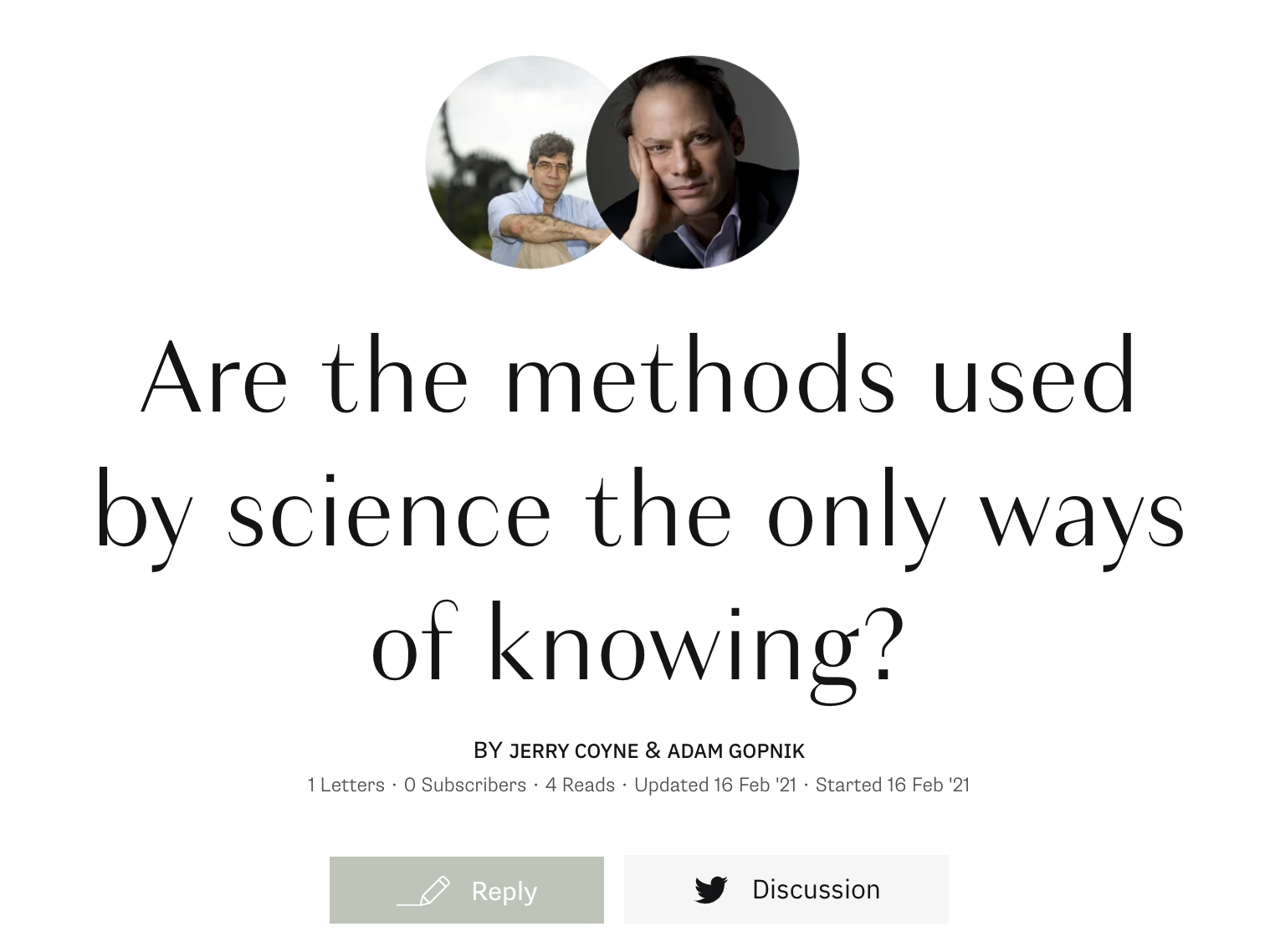