Please send in your good photos; there’s a NEED!

Today’s batch comes from Arthur Williams. His captions are indented, and you can click his photos to enlarge them.

Please find attached several photos I dug up from this summer and one from more recently. The butterfly is a eastern tiger swallowtail (I think): Papilio glaucus. There is an Appalachian variant, a hybrid between Canadian tiger swallowtails and Eastern tigers, that look similar, but given our location in Cincinnati, it’s likely to be the Eastern tiger. Here’s a link for the cladists in the crowd. 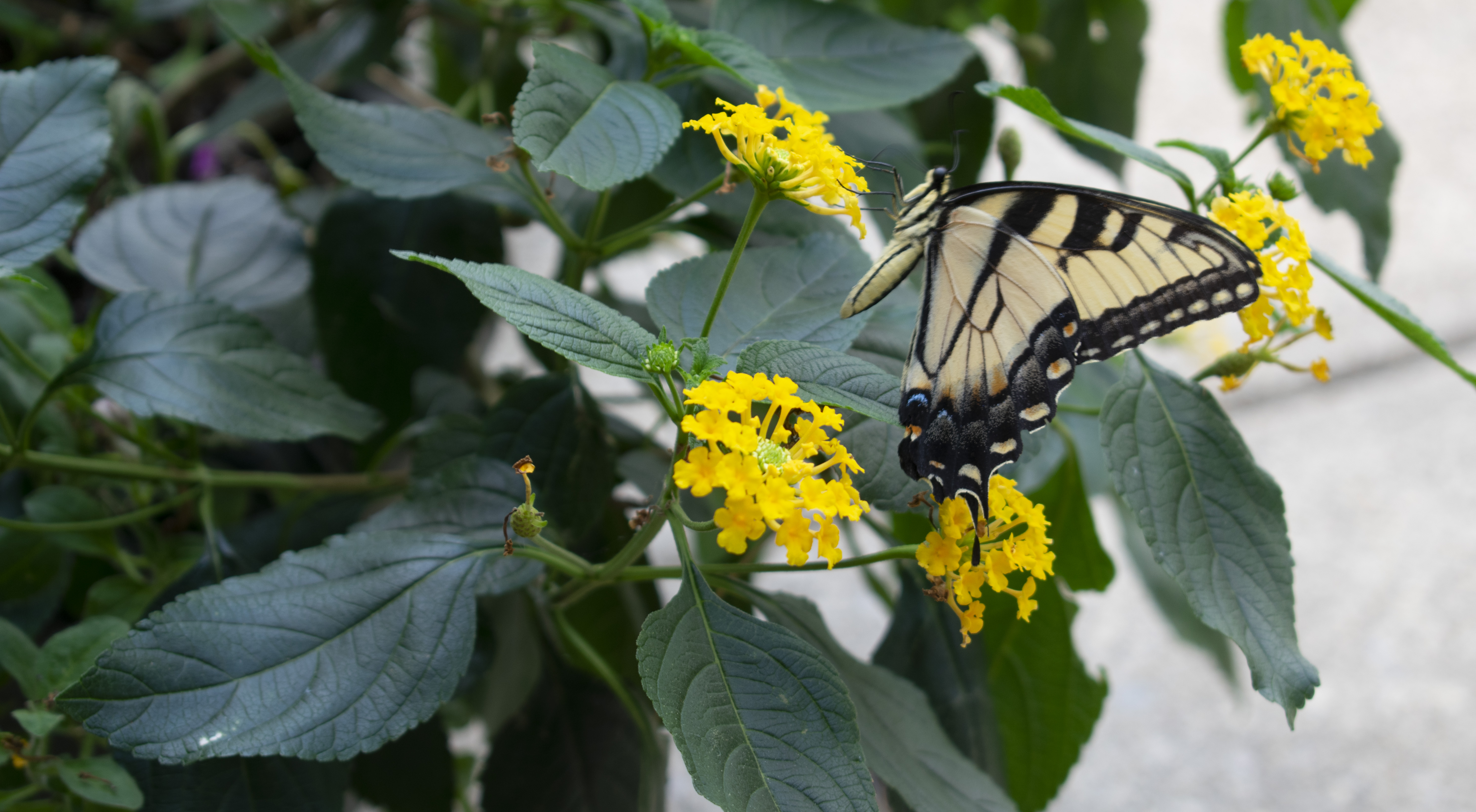 The nest is a bald eagle’s nest, lacking eagles, Haliaeetus leucocephalus, but gives a notion on how big these things can get. I think there are smaller apartments in Tokyo than this behemoth structure. This thing must weigh at least two tons after a good rain. It’s been built up over the last eight years, near Norris Lake, Tennessee, with the same pair, we think, diligently adding on to the structure. 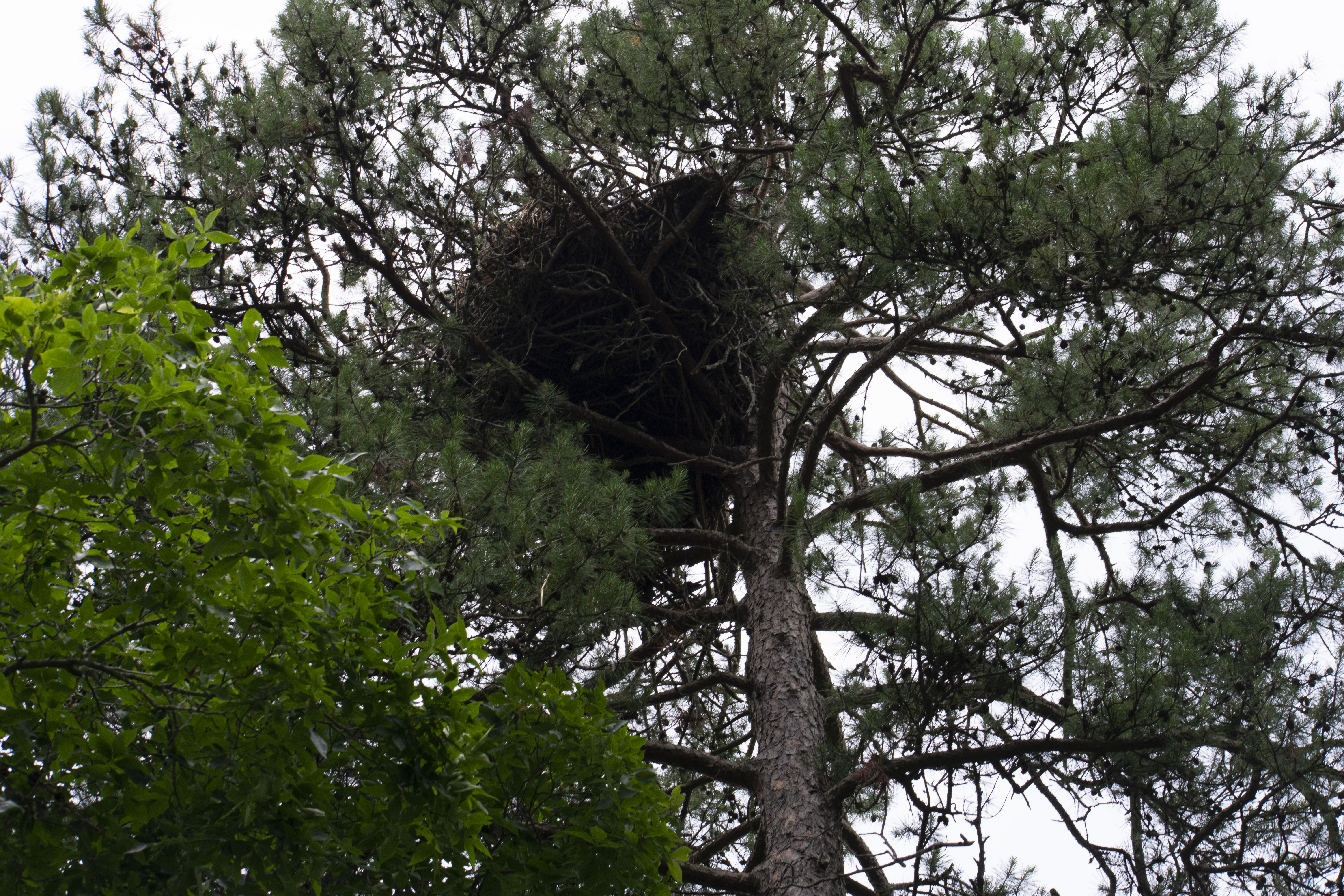 The brown-headed cowbird, Molothrus ater, isn’t so interesting for its photogenicity but for its behavior. I would see him and his harem in the summer, parading through the grass looking for seeds or insects maybe. The females apparently lay their three dozen or so eggs in other birds’ nests as a brood parasite, hoping to take advantage of a warbler’s soft spot for a doughy-eyed passerine. Apparently the juvenile cowbirds slip out of their foster nests to rendezvous with other cowbirds in order to learn how to be a cowbird and not a warbler. And their biologic mothers don’t completely abandon them, but keep tabs on their development. (More here.) 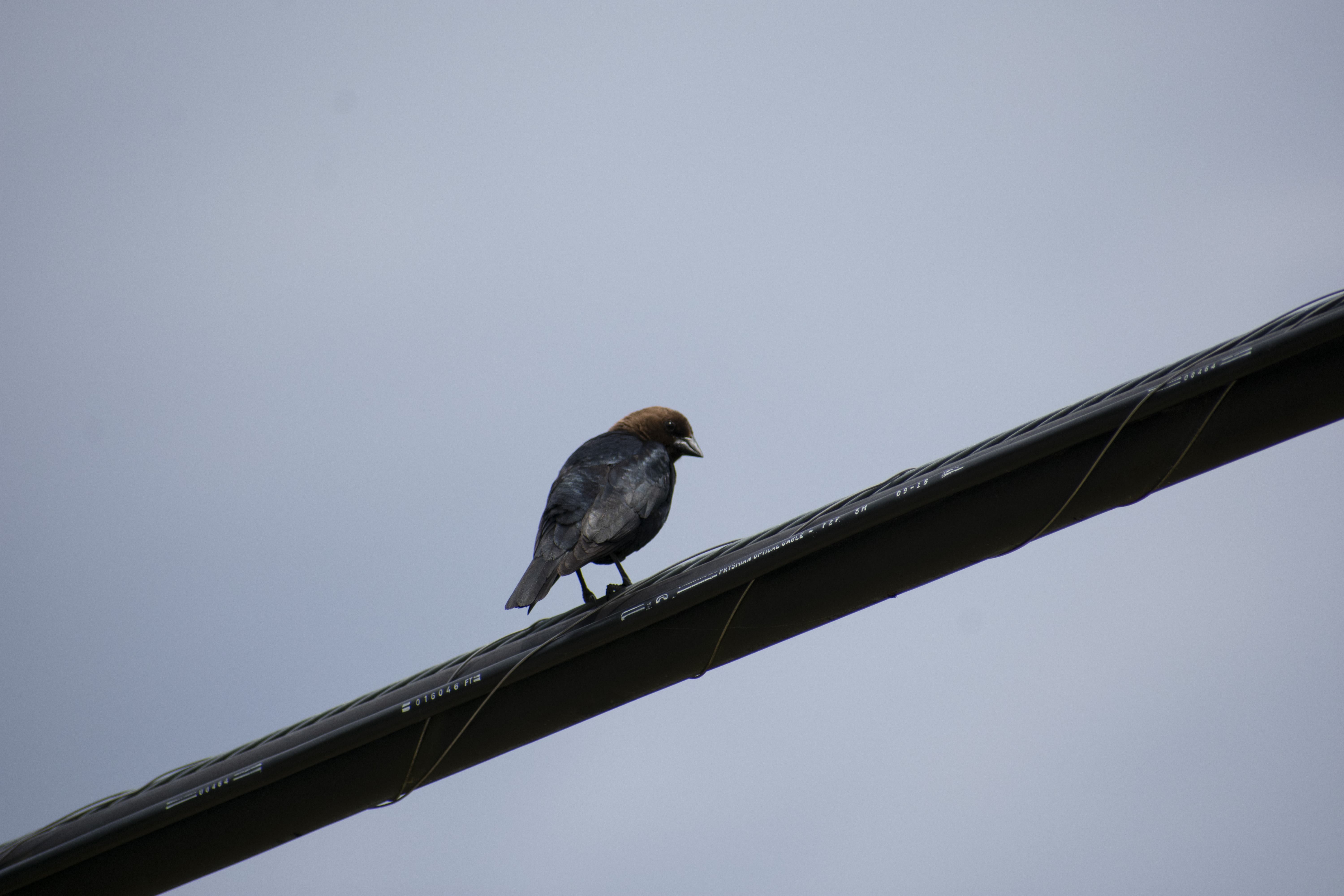 The white tail does, Odocoileus virginianus, are shown with their winter and summer coats as comparison. The prominent tarsal gland is visible on both animals, but particularly conspicuous on the summer photo. The oily glandular secretions beneath the fur mixes with urine and gives each animal a unique calling card, which they rub on trees to indicate territory or receptiveness. 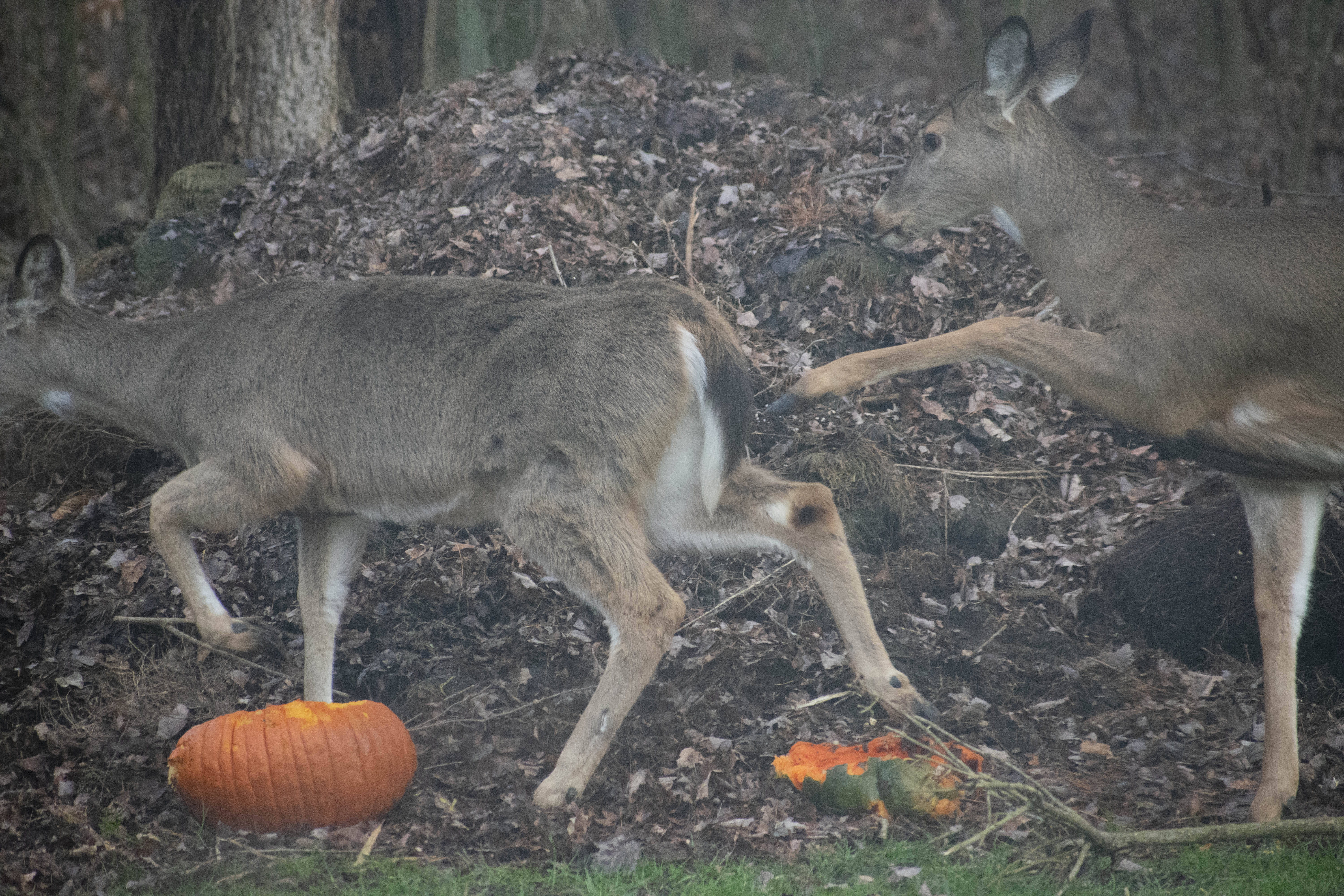 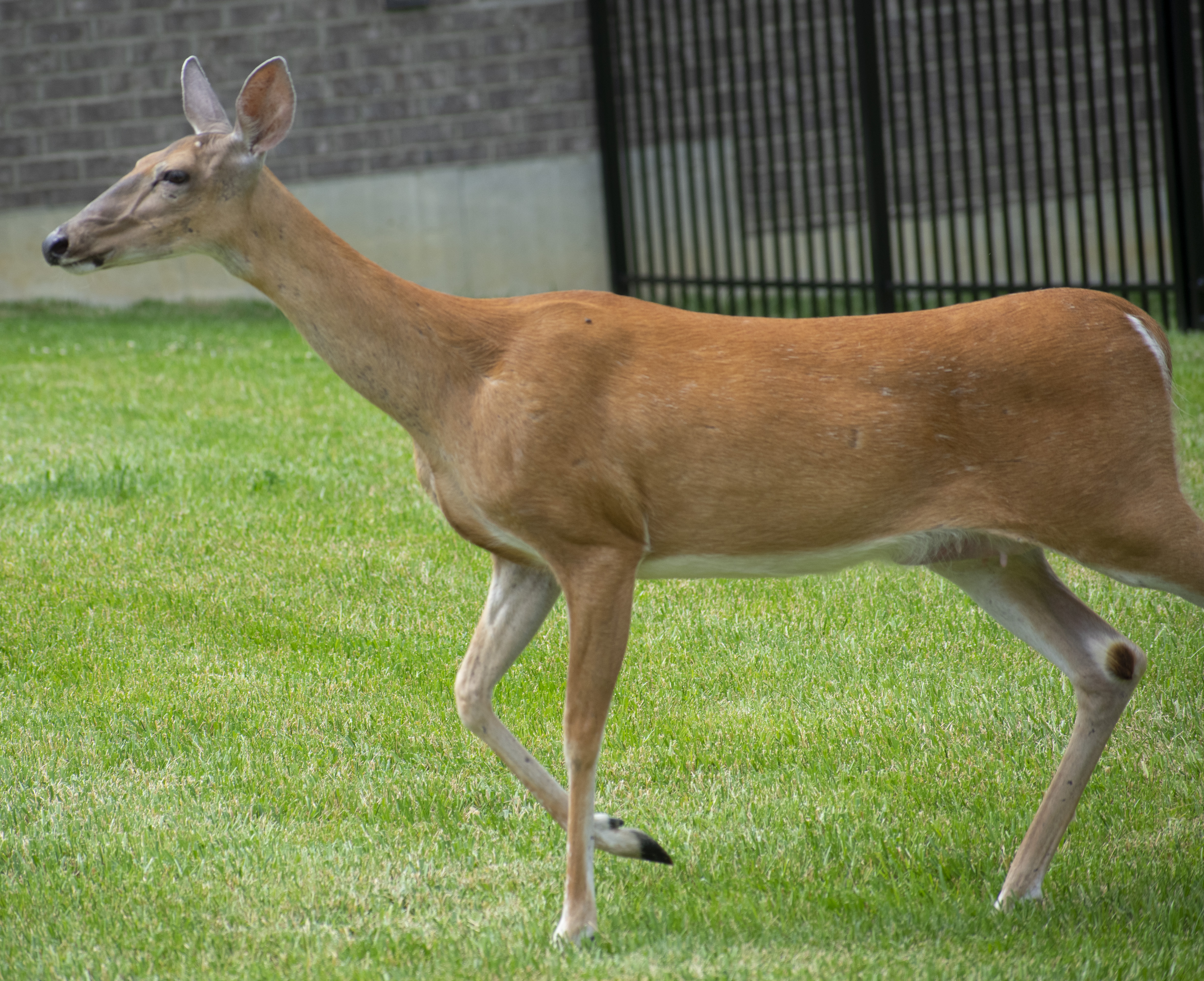 The two found our pumpkins that we had composted when the pumpkins began to ferment. I wonder if the belligerence of the one doe is a result of a little loudmouth pumpkin soup.

The final two pictures are of our local red-shouldered hawk, Buteo lineatus, being mobbed by a smaller bird. He gets his fill of the brave but annoying dive-bombing and exits stage right. 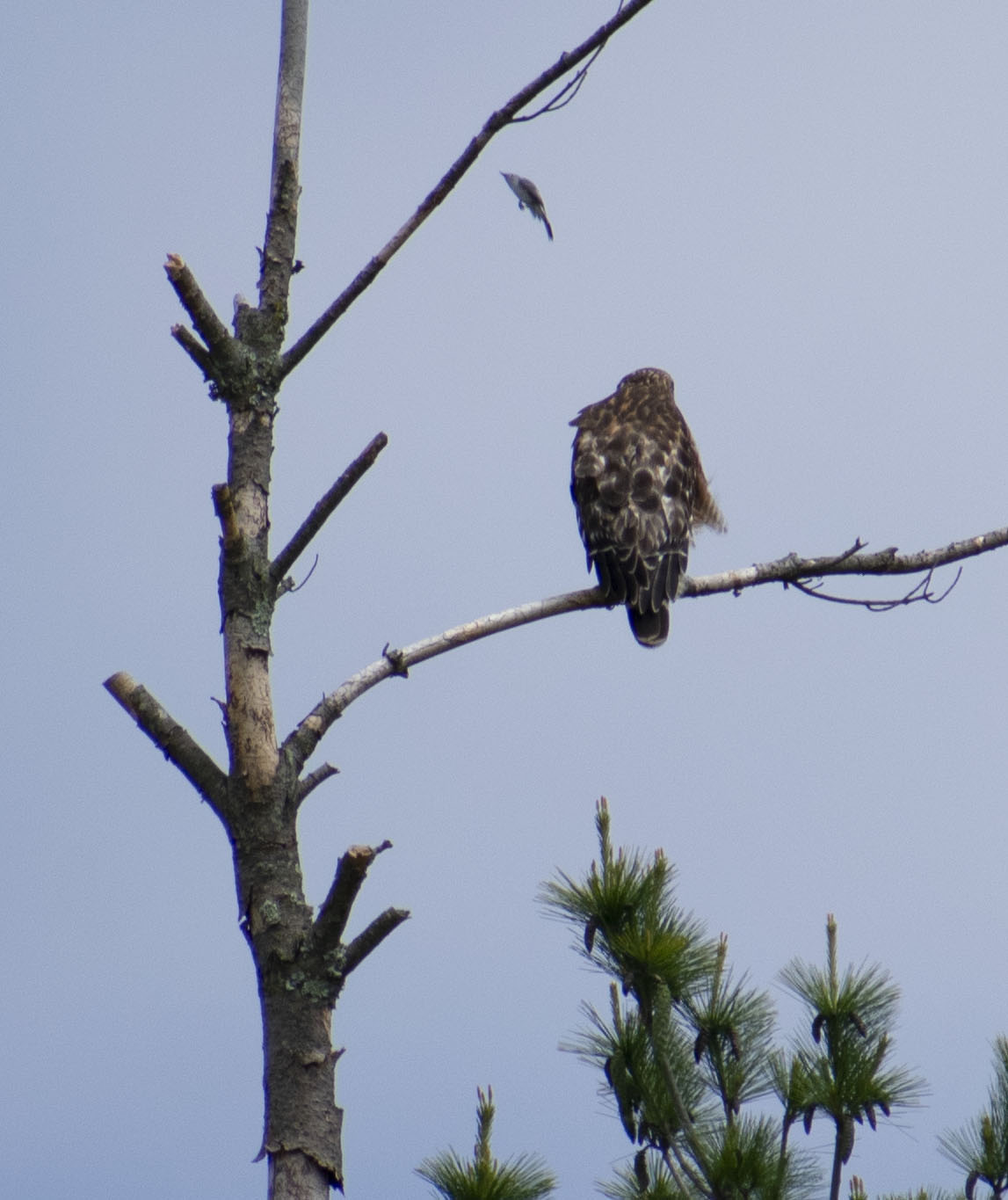