The item below was singled out by the eminent Darwin scholar Janet Browne—you MUST read her magisterial two-volume biography of Darwin—as worth highlighting on Darwin’s birthday. It shows his catlike regularity, for his routine was vitally important to him, especially because he was chronically ill. And despite that illness, he wrote not just The Origin, but eleven other books, also keeping up a voluminous correspondence and doing his own empirical research.

Click on the screenshot to go to the piece at the fantastic Darwin Correspondence Project, the locus for all his letters and writings apart from the books.

The statement above is true: Darwin moved into Down House on September 17, 1842, and died there forty years later. At the website above, you can also virtually visit Darwin’s study (just as it was when he worked there) and his garden. If you’re in England and have any interest in Things Darwin, get yourself to Downe, just an hour or so from London, and visit his undervisited home. It is a moving experience, and there’s a lovely pub nearby. You can even walk the Sandwalk, the garden path Darwin laid out to walk and think about biology.

He was regular in his habits, if not his bowels (he had constant problems with his digestion): 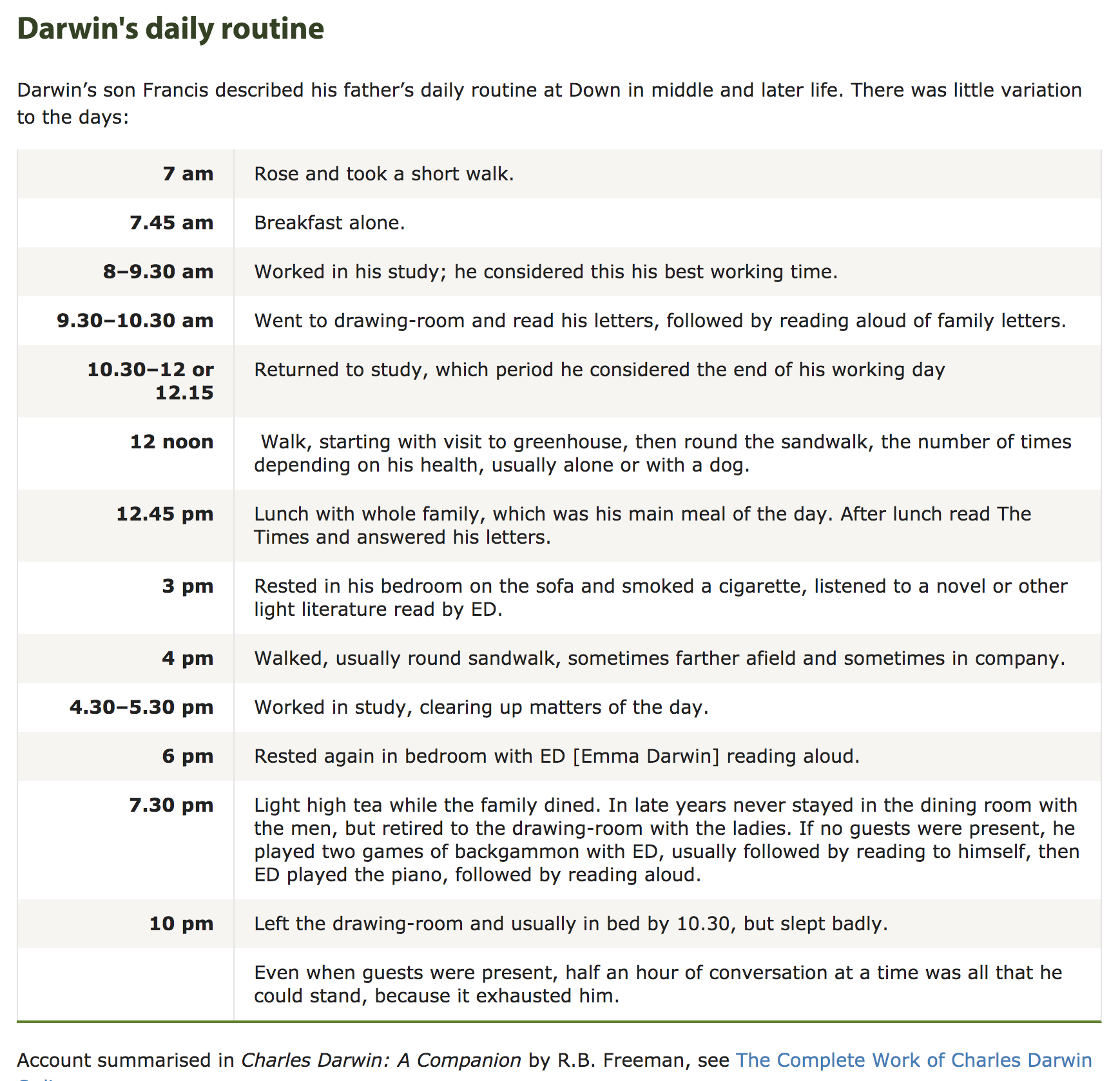 Note that Darwin did three solid hours of work per day, interspersed with his correspondence, walks, rests, and meals. Note too that after dinner he would retire to the drawing room with the ladies rather than joining the men.

He was a creature of habit, and we’re the better for it. Below are some photos I took on my second visit to Down House in 2008:

Janet and my friend Andrew Berry, who taught an evolution course at Oxford in the summer and did visits to Darwin-related places. He enlisted Janet to give his students a tour of Down House, and I went along. What a great guide! 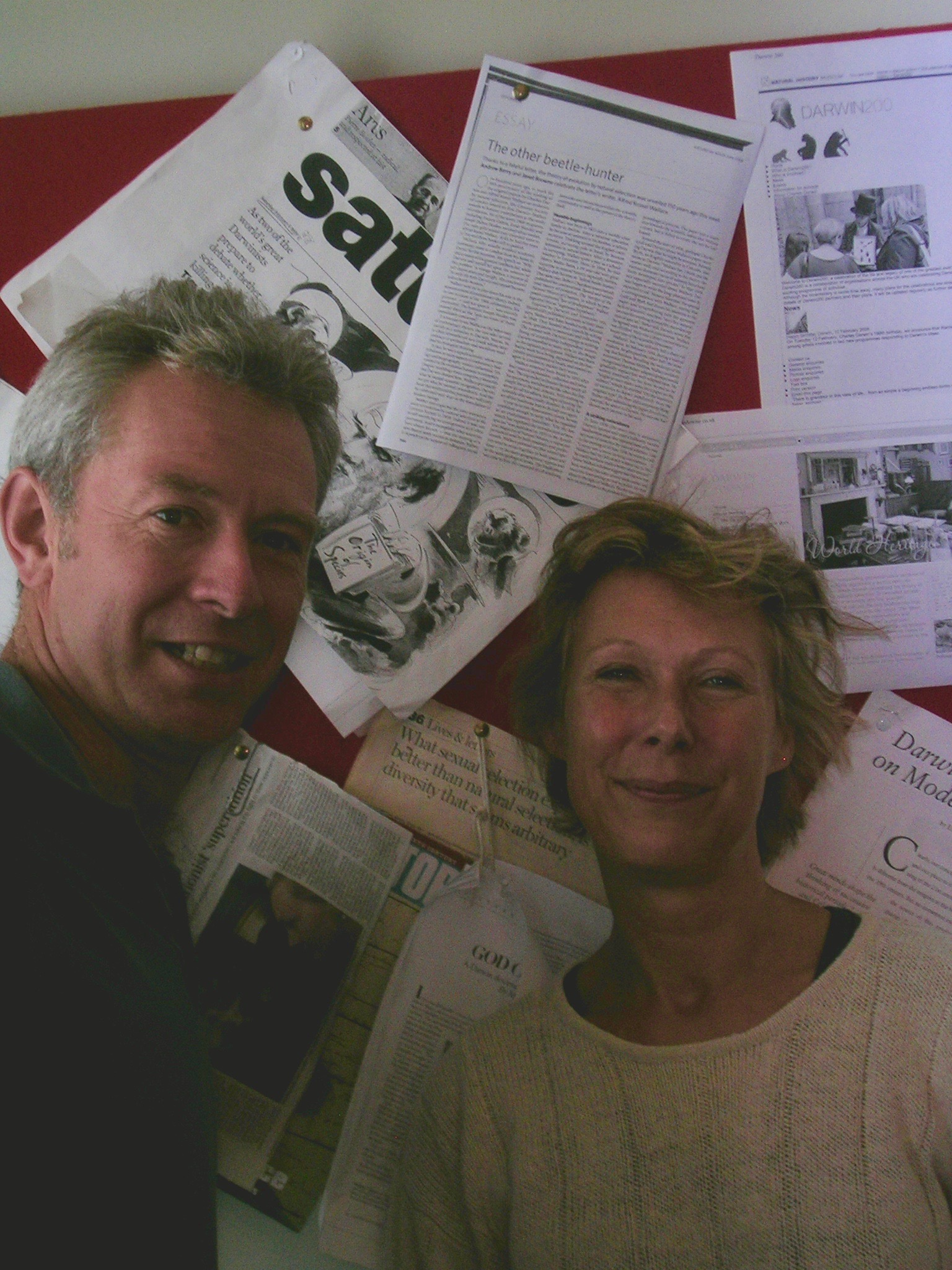 Janet explaining stuff to the students: 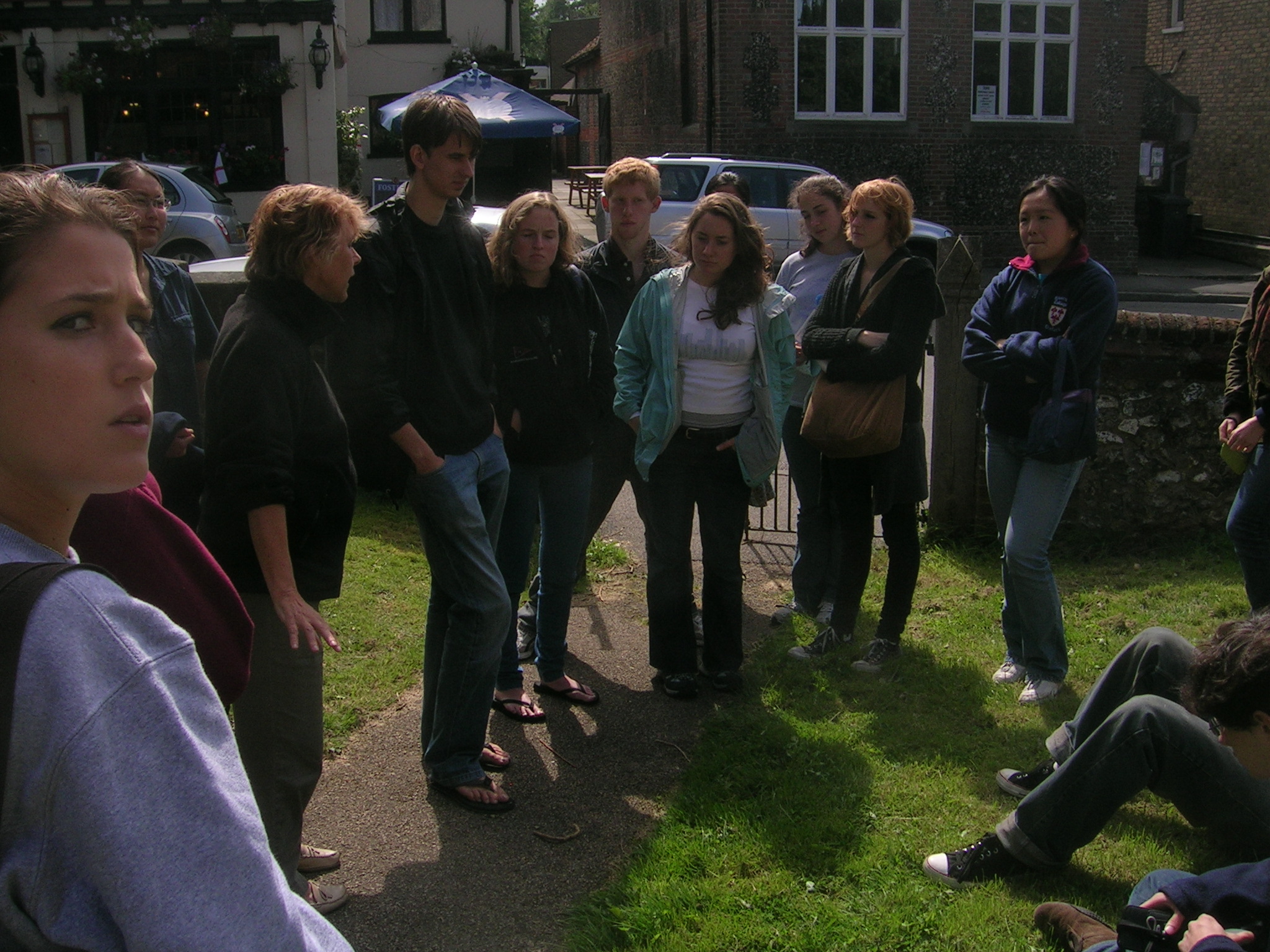 Darwin’s study. The chair is where he wrote The Origin, on a board that straddled the arms: 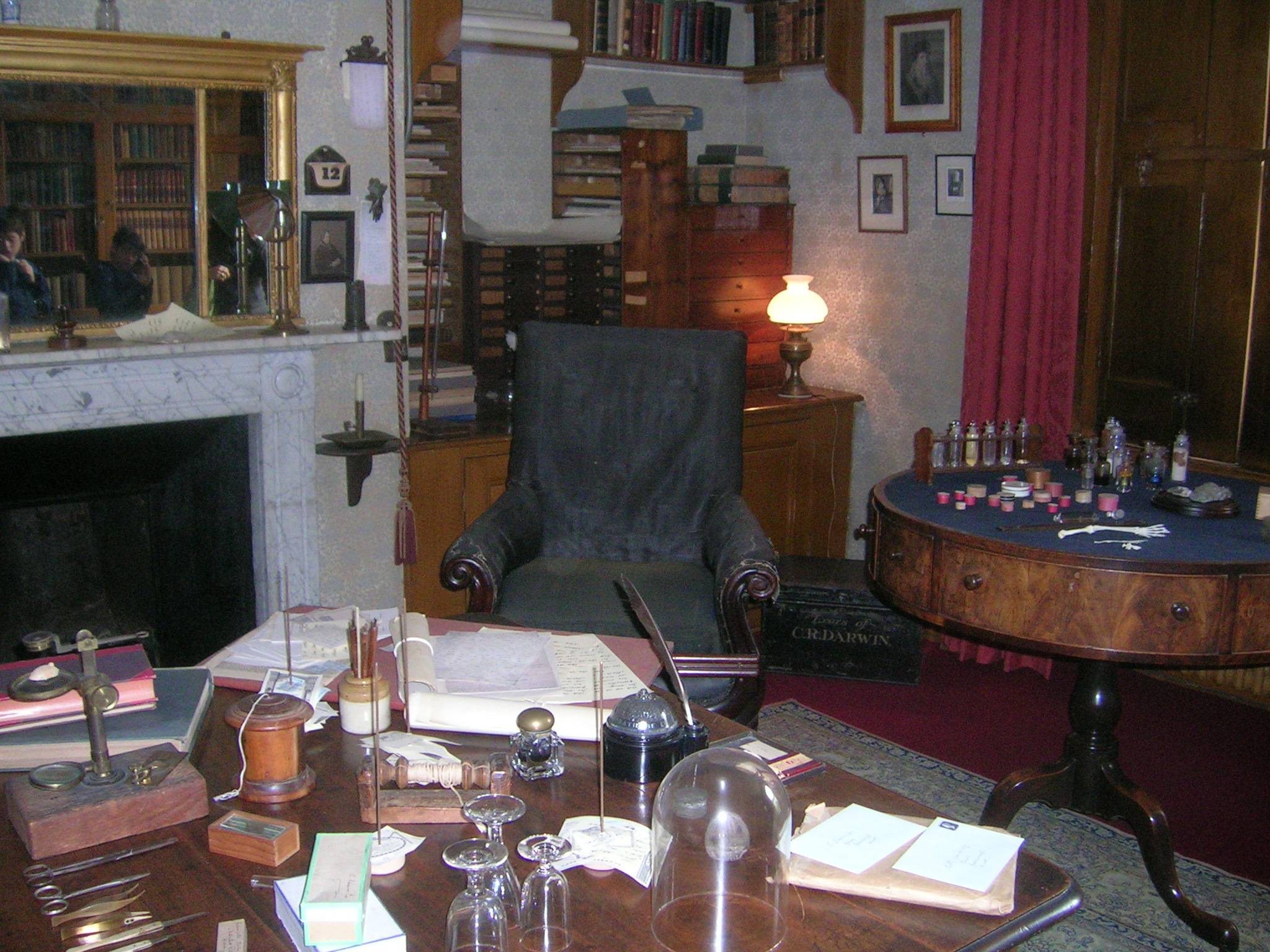 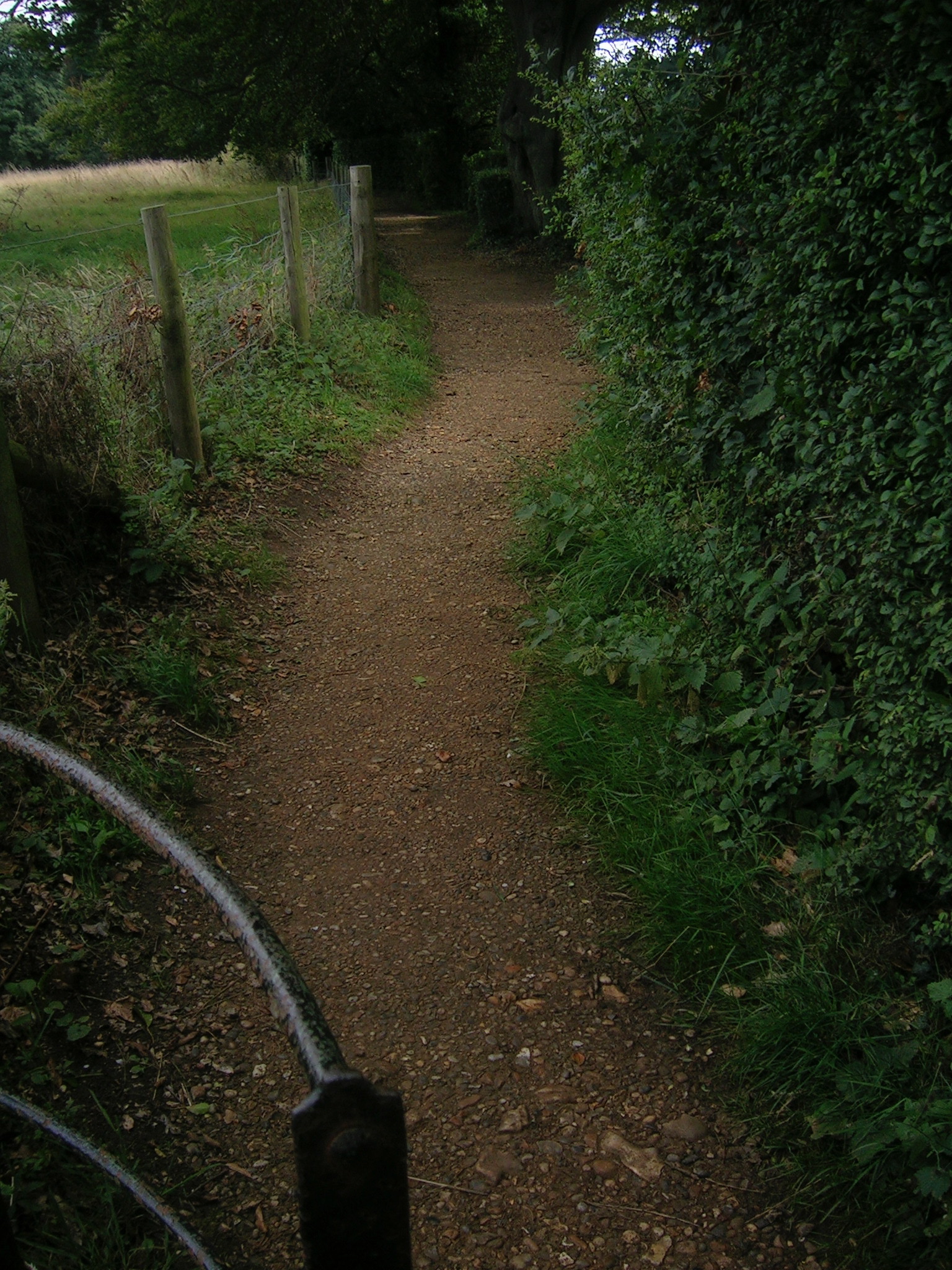 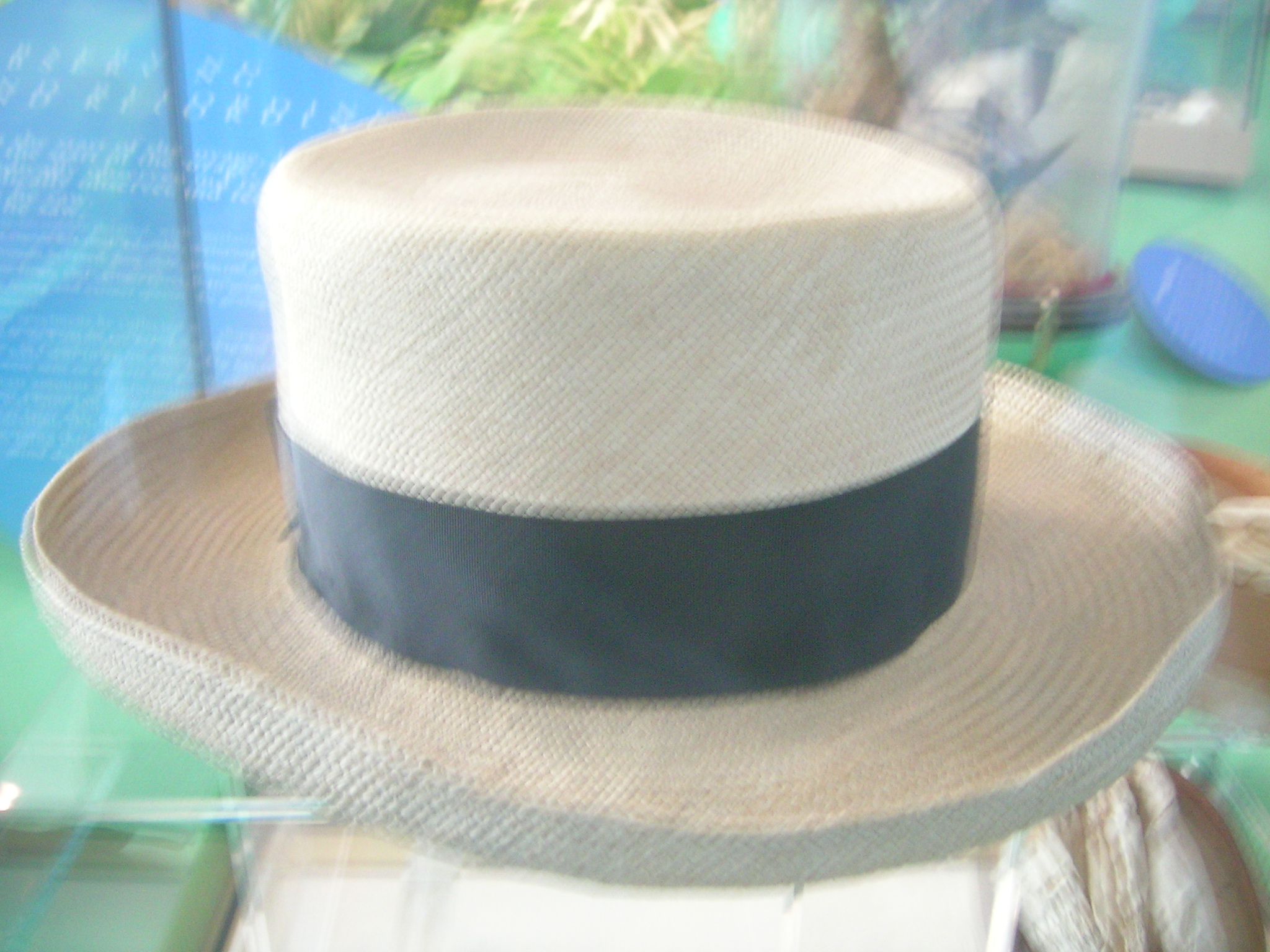 Professor Ceiling Cat gamboling at the rear of Down House (I was chubbier then!). You can see that this was the house of a wealthy man. Photo by Andrew Berry 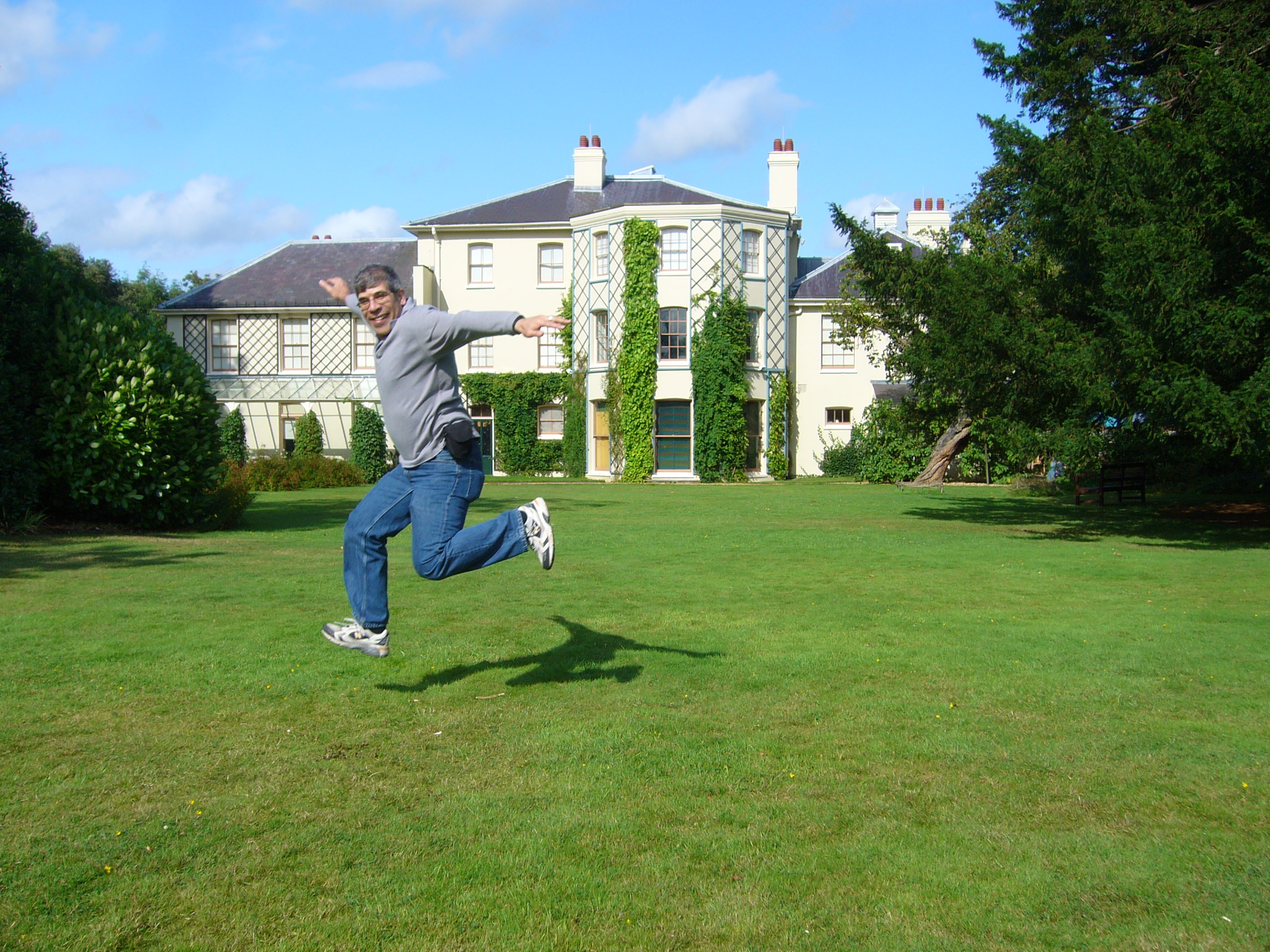