That’s a provocative headline, but it’s not my view, since social justice warriors don’t seem to me especially slanted towards women. But it seems to be the view, published in Areo magazine (click on screenshot below) of one Freya India Ager, described as “recently graduated from King’s College London with a degree in Political Science. She is now an independent writer interested in politics, psychology and culture.”

The “toxic femininity” term stems, of course, from its opposite: “toxic masculinity”, often been held responsible for many of the world’s ills. I don’t particularly like the term since it implies that all male traits are “toxic,” and as a male I naturally bridle at this accusation.  Yet I can’t deny that there are evolved biological differences between the sexes, and that some evolved traits in males may be detrimental to society. Aggression and male-male competition may be two of them.  Those traits leads to fights, wars, and, in my own university classroom, a tendency of men to dominate discussions, often talking over women. Every woman has experienced that.

Another is a desire for promiscuous sexuality, which leads to higher rates of adultery in males as well as mistreatment of women.  And, in fact, as I write this, I can’t think of any obvious “masculine” traits that are good ones, save, perhaps, a prescriptivity when it comes to solving problems.

On the other hand, male prescriptivity can be detrimental. Every man knows that when a woman comes to you with a problem, often they want you to listen and sympathize rather than solve that problem. That I see as part of the feminine trait of having greater empathy. And I find that salubrious, which is why a large proportion of my best friends are women. Sometimes you just want to talk and experience human connection, for if the answer to a problem were obvious, you would have thought of it already.

In the end, our shared “human” traits, which are present in both sexes to some degree (but not necessarily to the same degree), can be good ones: altruism, kindness, sociality, and so on. Maybe humor—if you believe Hitchens that men are funnier than women. But, truth be told, are there any typically “male” traits that you’d would want to see more of in women?

Ager, however, sees “feminine” traits—including empathy—as sometimes deleterious, especially when, as she sees it, they help ground “social justice culture”. And those traits she sees as the malign influence of “toxic femininity”.

But if we are going to describe toxic masculinity as the negative manifestation of male traits, some of our societal problems must be the negative expression of female traits.

Characteristics more common to one sex than the other certainly exist. Individuals vary, but men are predominately more aggressive, for example, and women are generally more empathetic. If a man or woman suffers from a psychopathology, these differences can manifest in distinct forms of antisocial behaviour.

We don’t speak of toxic femininity—and I don’t believe we should—but if we were to imagine the worst manifestation of typically female attributes, I think it would look a lot like today’s social justice culture.

. . .History bears testimony to the danger of demonising groups of people based on their immutable characteristics. Not only did this way of thinking lead to historical sexism against women (and continues to do so across the world), it also motivates anti-male attitudes today, giving rise to venomous trends like kill all men and men are trash.

I do not wish to argue that society is infected with toxic femininity, nor that all purveyors of social justice culture are female. Instead, I hope to add nuance to the discussion of toxic masculinity by showing that the line of reasoning many modern social justice leftists adopt and the methods they favour to bring about social progress correlate with typically female psychopathologies.

Looking at three key elements of social justice culture, I argue that our current zeitgeist—which normalises cancelling others, praises emotional reasoning and overvalues safety—aligns strongly with traits that are, in the aggregate, more predominant among women than among men.

Cancel Culture. I’ve heard from women many times that if I think men dissing other men is bad, well, I should hear how women talk about each other! I can’t speak to the truth of that, but this is what Ager says:

This is generally a female approach to antisocial behaviour. Rather than violent confrontation, women tend to engage in reputation destruction and social exclusion, seeking to destroy the status of their rivals rather than physically defeat them.

Several studies have suggested an evolutionary basis for this. In Stockley and Campbell’s interdisciplinary study of female competition and aggression, they suggest that females are wired to survive, compete for preferred mates and reproduce. They therefore target rivals through lower risk, indirect competitive strategies, such as:

refusal to cooperate with them, destruction of their reputation (so that others will also refuse cooperation) and, ultimately, exclusion from the group. Indirect aggression (the use of pejorative gossip and social exclusion) is women’s preferred aggressive tactic. Because harm is delivered circuitously and because it is executed simultaneously by several members of the community, it is a low-risk strategy.

Ager says that this happens in chimpanzees as well, with females “ousting newcomers or low-ranking community females.”

Lived experience. This refers to the SJW tendency to dwell on personal experience rather than data, leading to the denigration of objective truth. And this, says Ager, is an outgrowth of greater female empathy, which she sees as an evolved trait. She also argues that “women are more open to negative experiences,” which itself leads to higher degrees of neuroticism.  But I think she’s on shaky ground when she connects this with social justice culture:

Sex differences in neuroticism are actually larger in cultures with greater socio-political gender equity, not smaller as would be expected if sex differences were purely the result of socialisation into traditional gender roles.

A range of evolutionary theories could explain this, including the hypothesis that “Women may be more sensitive to all the emotions of others because of their need (more than men) to attach with their children, or women may be especially responsive to negative emotions only because of the need to react to fitness threats more than men do.”

This isn’t to say that all women are more emotional or neurotic than men, or that stability and rationality are distinctively male traits. But, as a whole, women tilt more toward negative emotional reasoning, a cognitive distortion endemic to the modern social justice movement.

Safetyism, the increasing desire to protect yourself and others of your tribe from emotional damage. We’ve encountered this before:

In their book The Coddling of the American Mind, social psychologists Jonathan Haidt and Greg Lukianoff sound the alarm about the rise of safetyism in the US, particularly on university campuses. Safetyism, as they describe it, is “the cult of safety—an obsession with eliminating threats (both real and imagined) to the point at which people become unwilling to make reasonable trade-offs demanded by other practical and moral concerns.”

Safetyism lies at the heart of social justice culture, giving rise to concepts like safe spaces, trigger warnings, hate speech and microaggressions. Haidt and Lukianoff argue that this ethos is leaving younger generations more fragile than ever, dramatically increasing their levels of anxiety, depression and suicide by positioning them as helpless victims.

Now Ager doesn’t want to demonize either sex, for that’s not productive—no more productive than talking about “toxic whiteness” or “toxic blackness.” As she says,

Healthy discourse should not pit the genders against each other or present women as morally superior, but recognise that we’re all fallible, and need to work together to eradicate all kinds of issues from sexual assault to safetyism.

Toxicity resides in individuals, not in groups. Certain traits may be more likely to exist in one sex than the other due to the average psychological differences between them, but what matters, ultimately, is how each individual behaves. In the end, all human virtues can become vices and the sooner we accept this, the sooner we can all progress.

And I agree: it’s much more useful—and less divisive—to work on problems as “social issues,” without worrying whether they’re “male” or “female” problems. So why did Ager write this piece? The only reason I can guess is because she’s fed up with men being tarred with the trait of “toxic masculinity”, and wrote this article as if to say, “See, we can also play this game with femininity.” 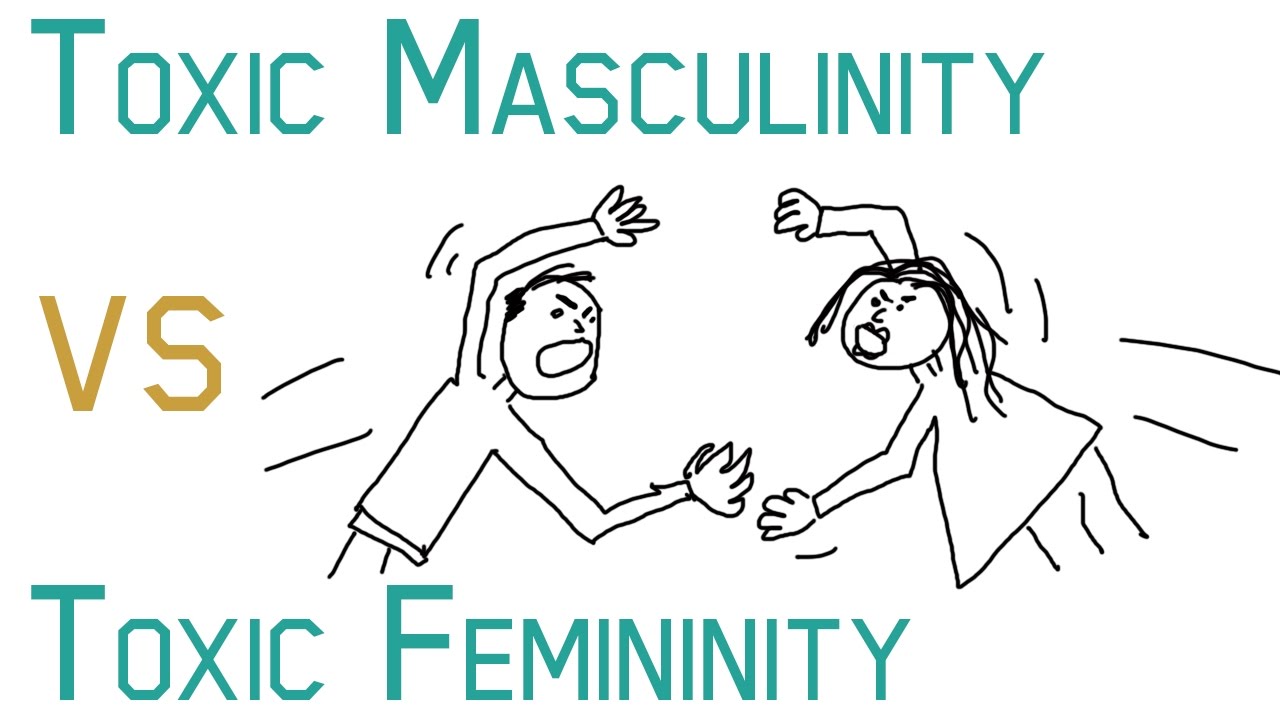 67 thoughts on “Is “toxic femininity” a major cause of social justice warriorism?”