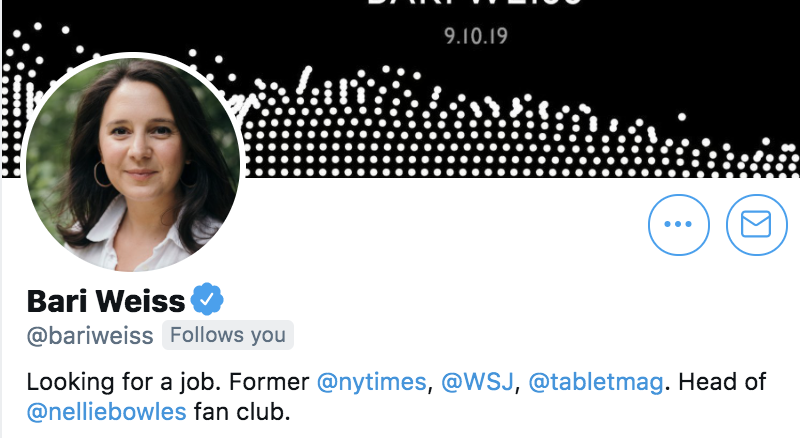 Substack clearly isn’t her sole future in writing, though it’s a good place to put hard-to-publish thoughts. I hope she gets a good writing position at a decent paper or magazine. The Wall Street Journal is out, as she used to write there, but doesn’t The Atlantic want her? (There is no hope for any left-wing paper, even one that allows centrist columnists—or especially columnist that criticize wokeness). And when you criticize the Woke at the NY Post, or at any right-wing source, you’re largely preaching to the choir. The people who need to hear this stuff are those that read HuffPost, the Washington Post, and the more centrist readers of The Atlantic. But of course wokeness, being a religion, renders its adherents largely deaf.

At any rate, her column yesterday is a good one, and though her ten “tips” look like bromides when I list them below, they’re born of her experience and are deeper than the short headlines imply.

I wish her luck. Click on the screenshot. I’ll just give a list of the tips. The ones that involve standing up for your principles, and not caving in to the mob, or joining a mob, are the ones I find most compelling. 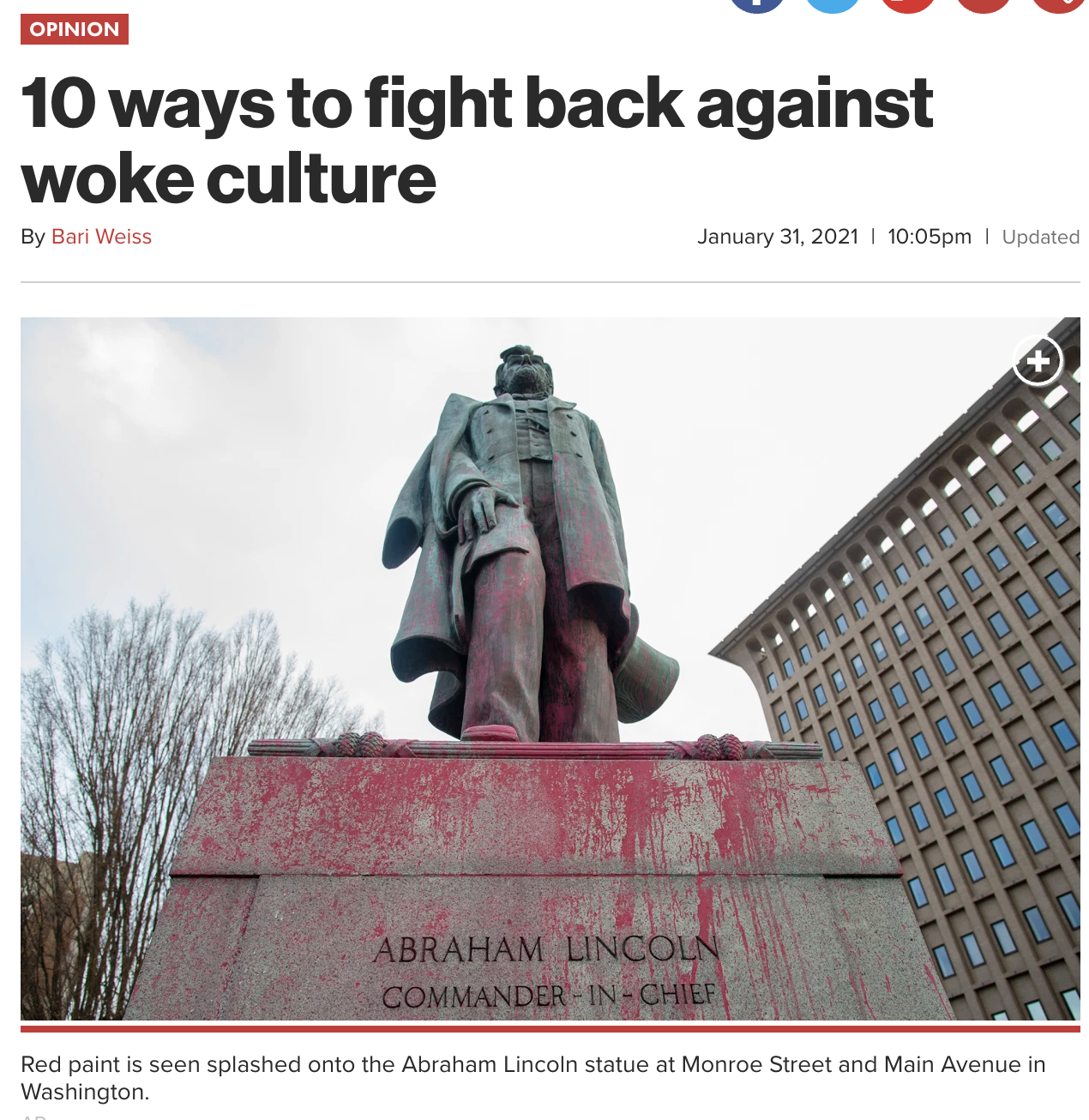 First, she worries about America developing a “social credit system” like the formal one used by the Chinese government. “That won’t happen here,” you say, but in fact it is—through social media. Think of how the “social credit” of people like Steve Pinker has been affected by online mobs.

How much does it cost me to log on to Twitter and accuse you, right now, of an -ism? America is fast developing its own informal social credit system, as the writer Rod Dreher has noted, in which people with the wrong politics or online persona are banned from social media sites and online financial networks.

When everything is recorded for eternity, when making mistakes and taking risks are transformed into capital offenses, when things that were common sense until two seconds ago become unsayable, people make the understandable decision to simply shut up.

Below: a cogent introduction of what we need to do. And she’s right:

Do not nod along when you hear the following: That Abraham Lincoln’s name on a public school or his likeness on a statue is white supremacy. (It is not; he is a hero.) That separating people into racial affinity groups is progressive. (It is a form of segregation.) That looting has no victims (untrue) and that small-business owners can cope anyway because they have insurance (nonsense). That any disparity of outcome is evidence of systemic oppression (false). That America is evil. (It is the last hope on Earth.). . . .  too many good people are sacrificing the common good, and therefore their long-term security, for the sake of short-term comfort.

The “disparity of outcome does not equal systemic oppression”, now something taken for granted with questioning prohibited, is just one of the things that Weiss says “were common sense until two seconds ago. . . [when] they became unsayable.”

Her ten tips (read the article to see what she means by them:

1. Remind yourself, right now, of the following truth: You are free.

3. Stick to your principles.

4. Set an example for your kids and your community.

9. Trust your own eyes and ears.

10. Use your capital to build original, interesting, and generative things right now. This minute.

Re #7, Weiss means “do not lose sight of what is essential”. She apparently sees God as more essential than Yale, though I worship neither. At least Yale exists, though. But I’m sure her comment is also directed at nonbelievers who have lost their perspective.

I’m not sure how religious Weiss really is. She’s clearly a cultural Jew like me, but she also keeps the Sabbath and the holidays, and may believe in some supernatural stuff, though that would disappoint me. I’d love to hear what she think about the “divine” aspects of Judaism.

All of her comments are directed at keeping you from joining the Woke, at helping you criticize the Woke, and helping you live your life without being obsessed with wokeness, race, and oppression.

13 thoughts on “Bari Weiss on (i.e., against) woke culture in the New York Post”