Helen Pluckrose and her associates have just started a new site that will appeal to many here, especially those who may get in trouble for criticizing the Woke.  It’s called “Counterweight“, and its motto is “Weighing in for liberalism.” I suppose its name comes from the fact that it counters the narrative of Wokeness and Critical Theory (remember, Pluckrose was one of the two authors of Cynical Theories, a must-read book), and because it remains a liberal site, dedicated to civility and humane values—but not to the tenets of Critical Theory! Their methods of combat appear to include Politeness but Firmness. 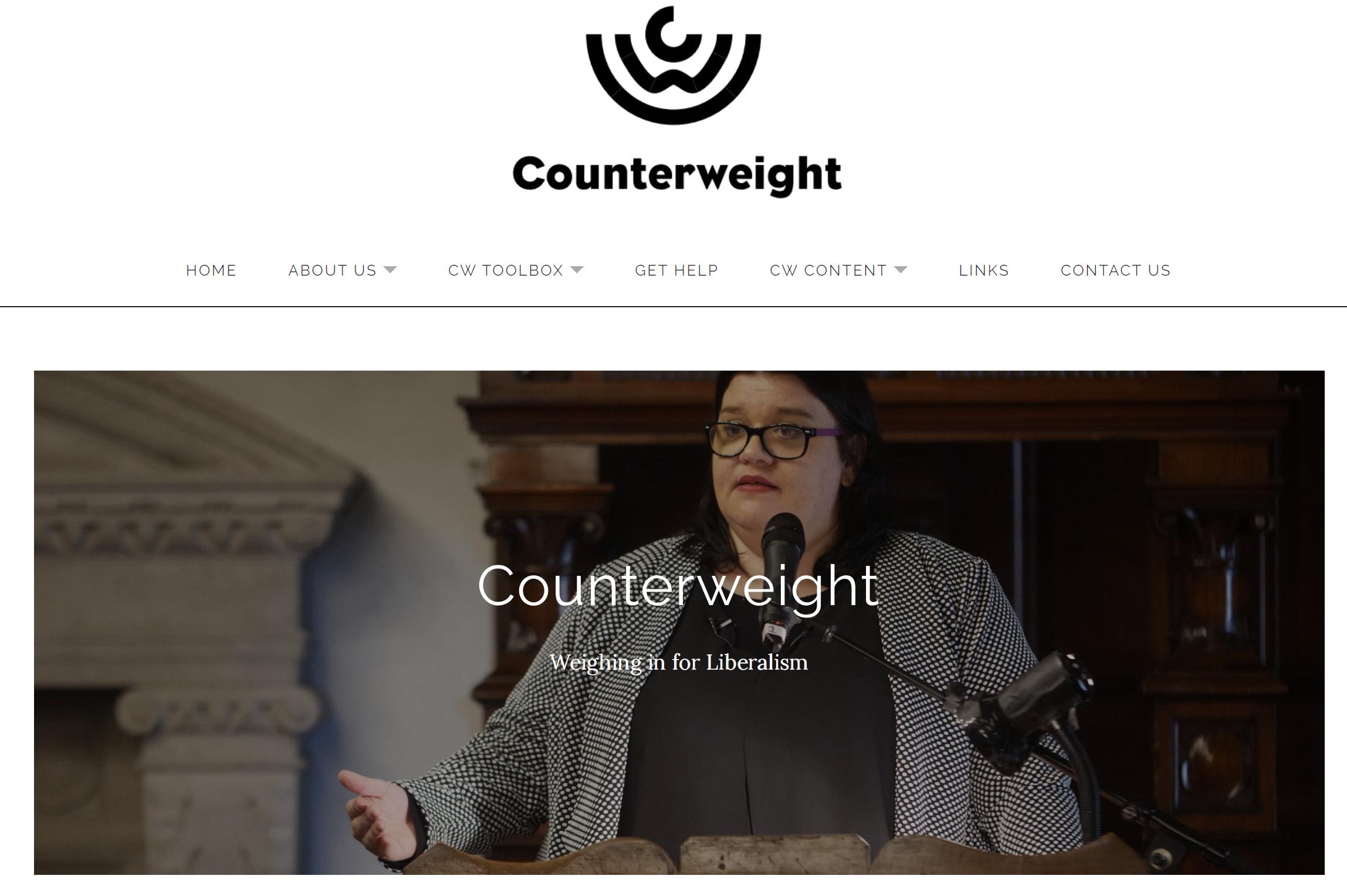 Counterweight exists for two reasons. First, to help those who are in trouble with the Offense Culture, who are getting canceled, and who need advice, assistance, lawyers and other professionals, and so on. In addition, they’re putting out material to counteract “Authoritarian Critical Social Justice” (the theory that I refer to as “Wokeness”).  They have pretty impressive resources already. 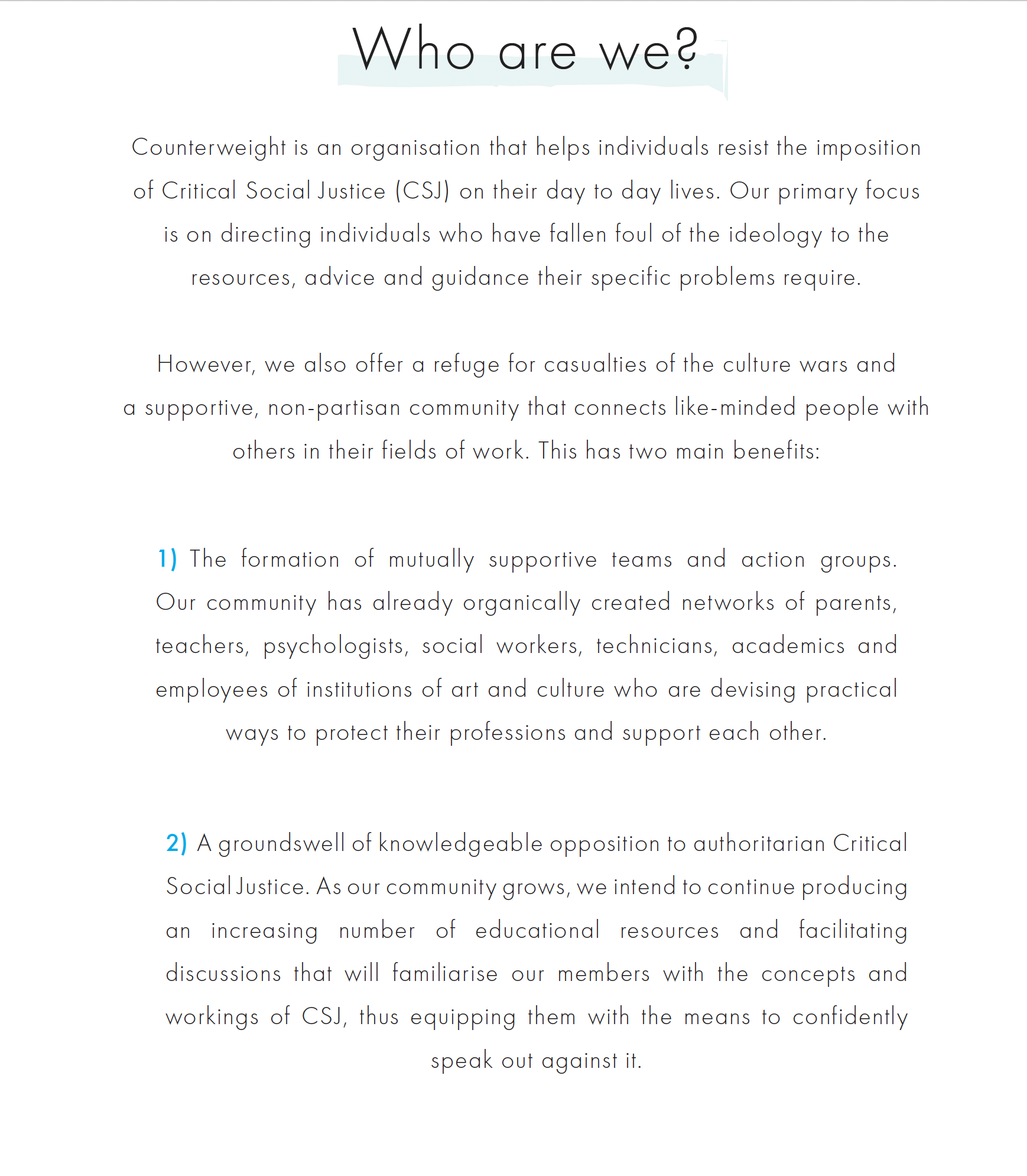 The leadership team is here, the academic affiliates are here (I’m one of them, and honored to join the impressive crew, which includes Steve Pinker, Sam Harris, Sarah Haider (btw, Haider just started a subscription Substack site, some of whose content is free), Ayaan Hirsi Ali, Alan Sokal, and others), and there are nine partner organizations, including Letters, Areo Magazine, the Free Speech Union, and Critical Discourses.

Further, there’s a YouTube channel, which already has six videos, including this introductory one:

Helen is extremely dedicated—an anti-Woke force of nature—and I have high hope for the organization. At least start following them on social media, and be aware that the organization exists.

21 thoughts on “Counterweight: A new liberal but anti-Woke site”