I’m running low, folks, and once again implore you to send me your good wildlife (or street or landscape) photos.

We have two contributions today. The first are footprints photographed by Coel Heller. His captions are indented, and he asks for IDs of the animals who made them:

I was out walking on the snowy moorland of Kinder Scout when I saw what seems to be the imprint of a bird (raptor?) perhaps taking off: 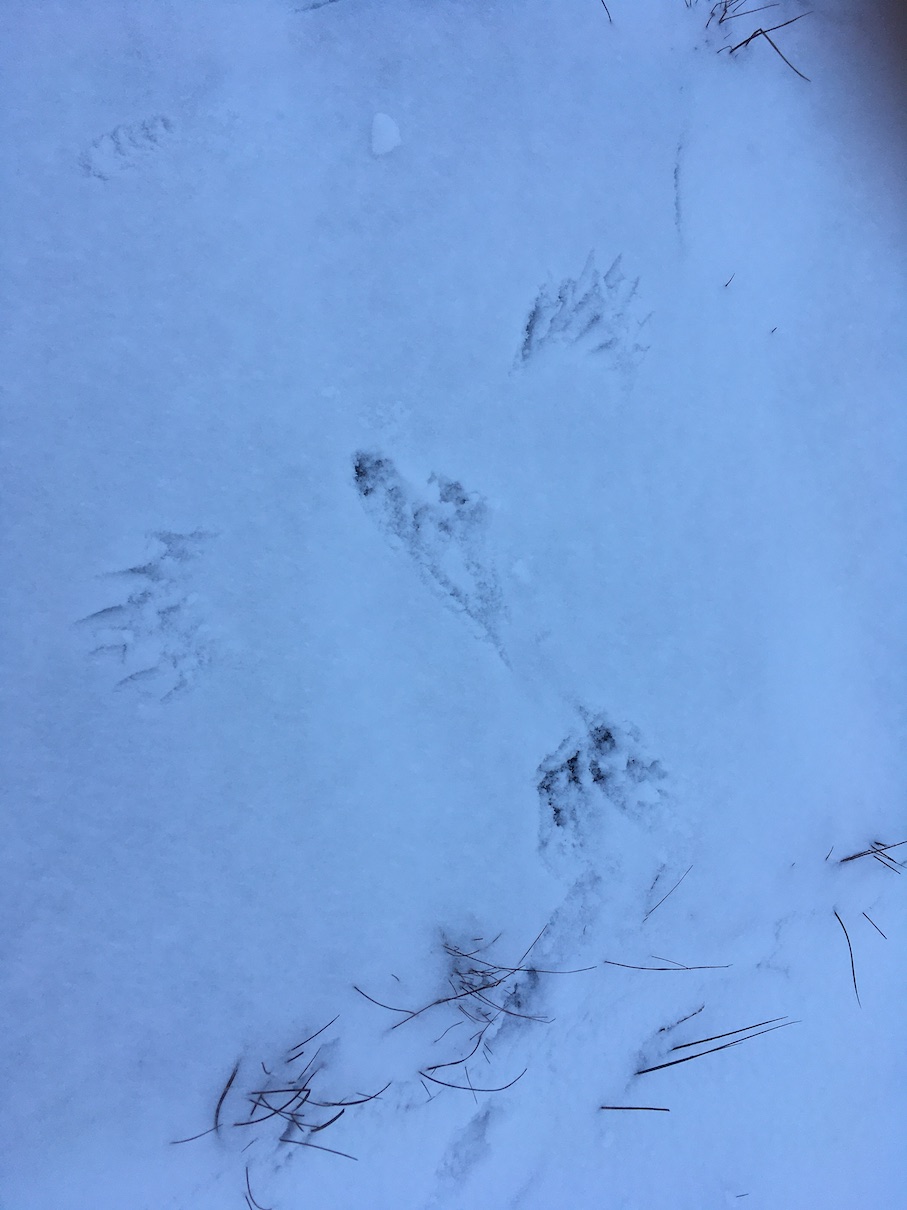 There were also tracks leading up to this imprint; note boot print for scale: 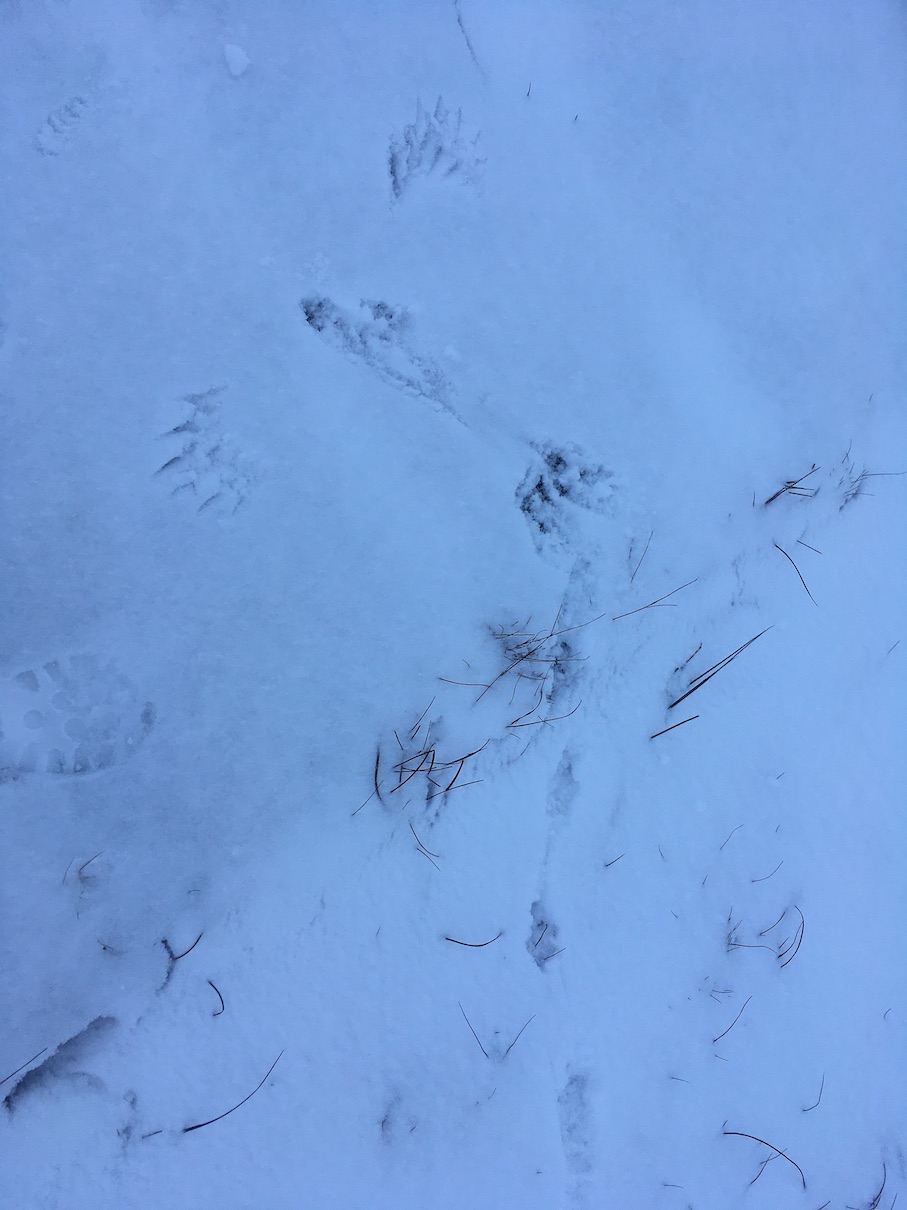 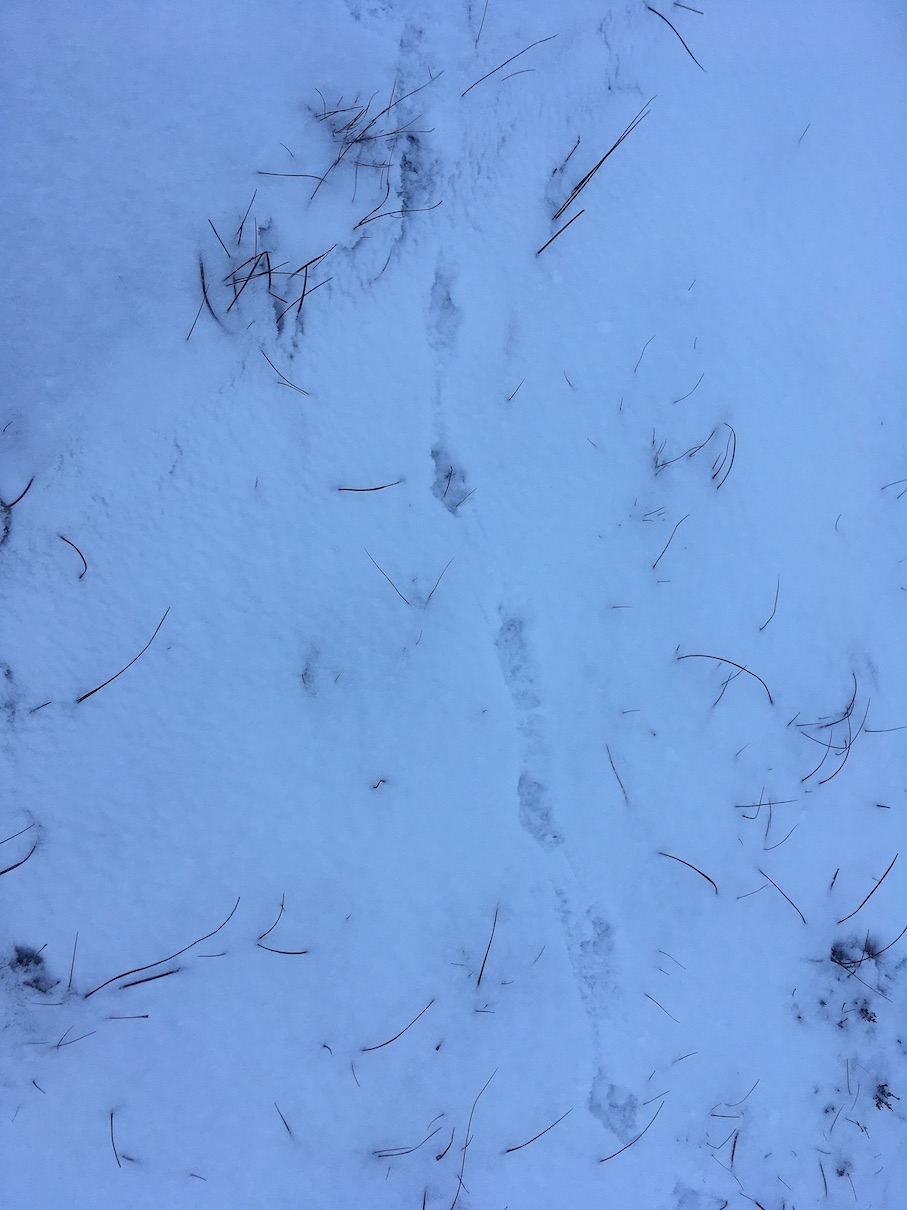 At the other end of the tracks, around 2 m away, was what could be the impression of tail feathers.  So perhaps a raptor swooped on a mammal, which then made the tracks leading to the take-off?  Perhaps WEIT readers could say better, or perhaps identify the bird?   The photos were taken with an iPhone in cloudy conditions, so are not high quality. 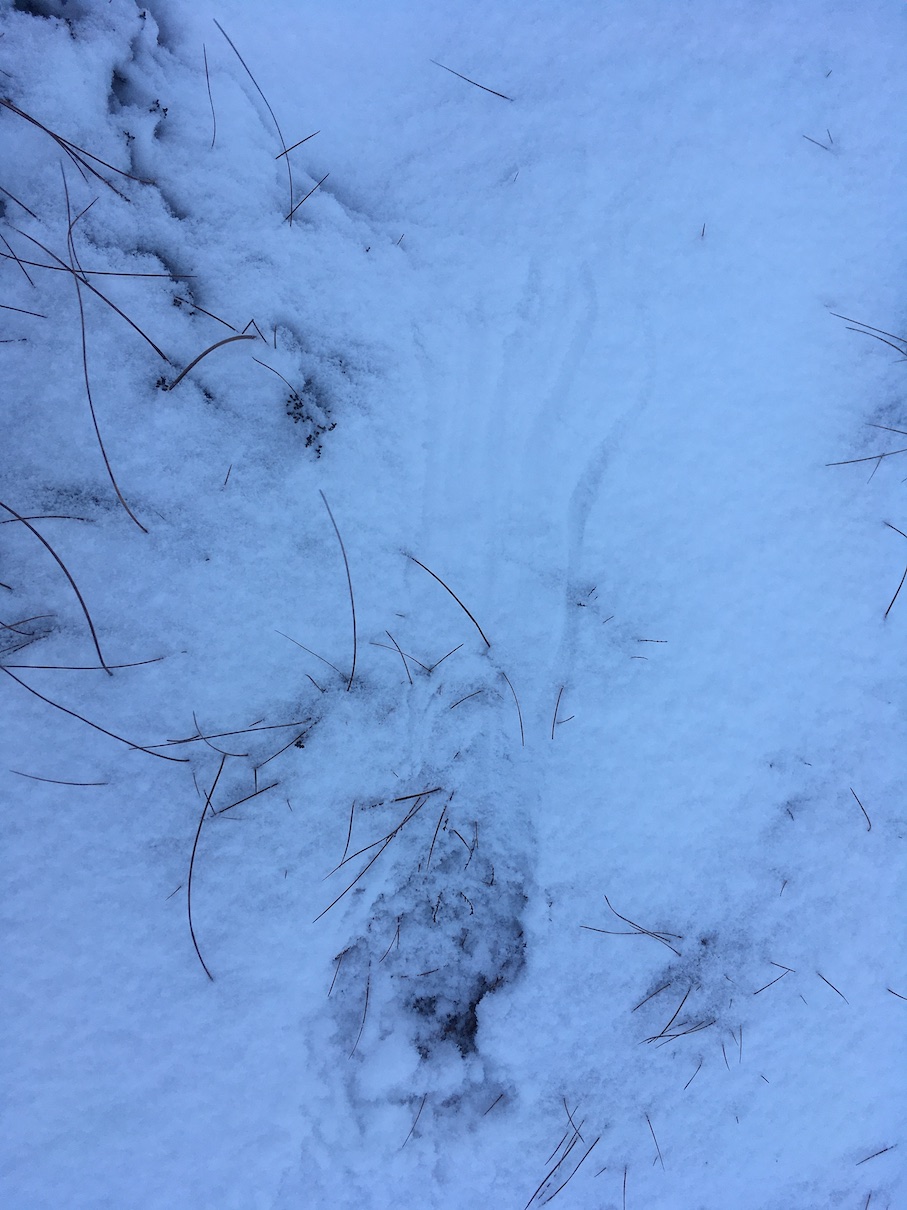 And from Bryan Lepore:

I could hear a chirping sound during the summer. Eventually, I narrowed the source to a rain gutter on the building I live in. I kept looking for a bird or a nest poking up above the rim. Later, I was confused – but soon realized there were two sources of chirping – one from two different independent sections of gutter. Dutifully, I typed in the scraps of evidence into a search engine : “frog gutter chirp/sound”, and found that the frogs use drains as megaphones to amplify their mating calls!

Eventually, I got up within arms reach of the gutter, and got the ol’ iPhone ready to capture the image of what was underneath the leaf guard thing in the gutter, and for a brief moment, this type of frog was observed before escaping down the downspout. Sorry but the video is buried somewhere. The frog was probably unharmed, being of low mass. I think these are gray treefrogs (Dryophytes versicolor). 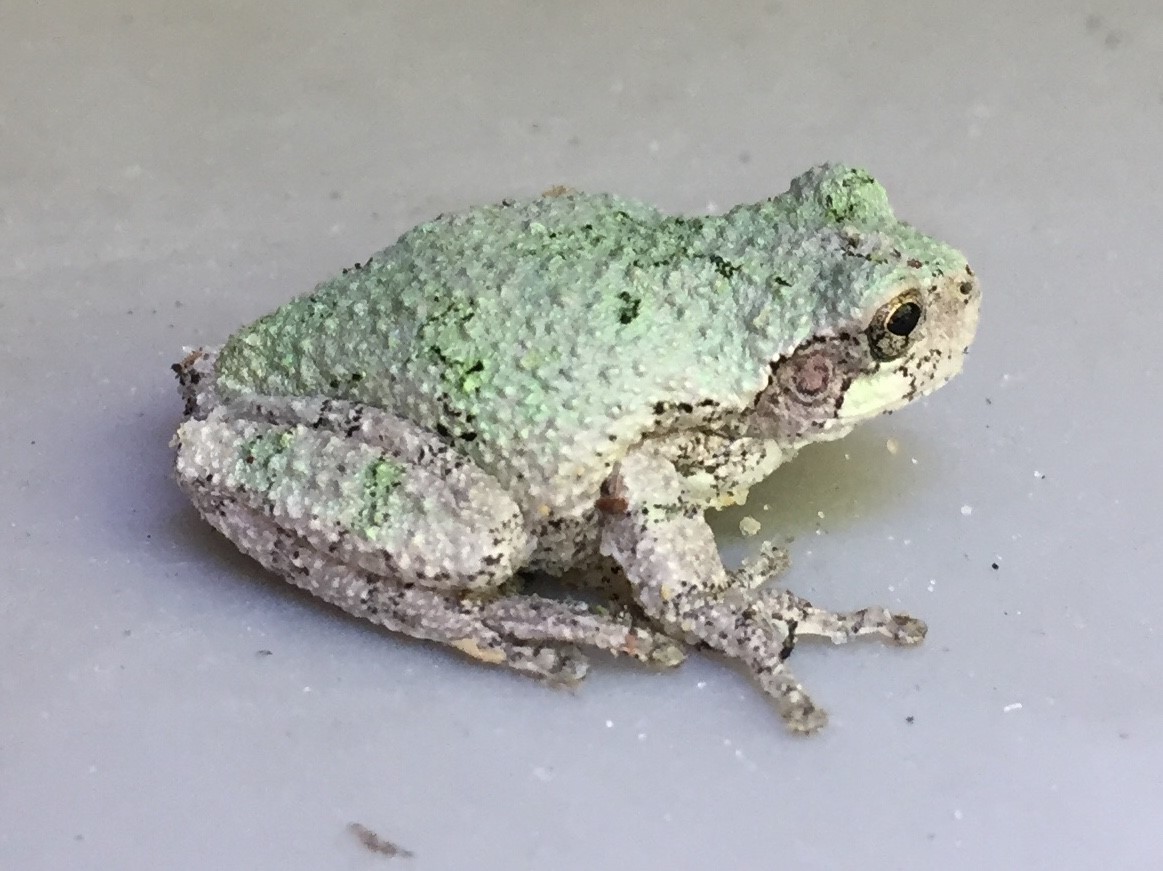 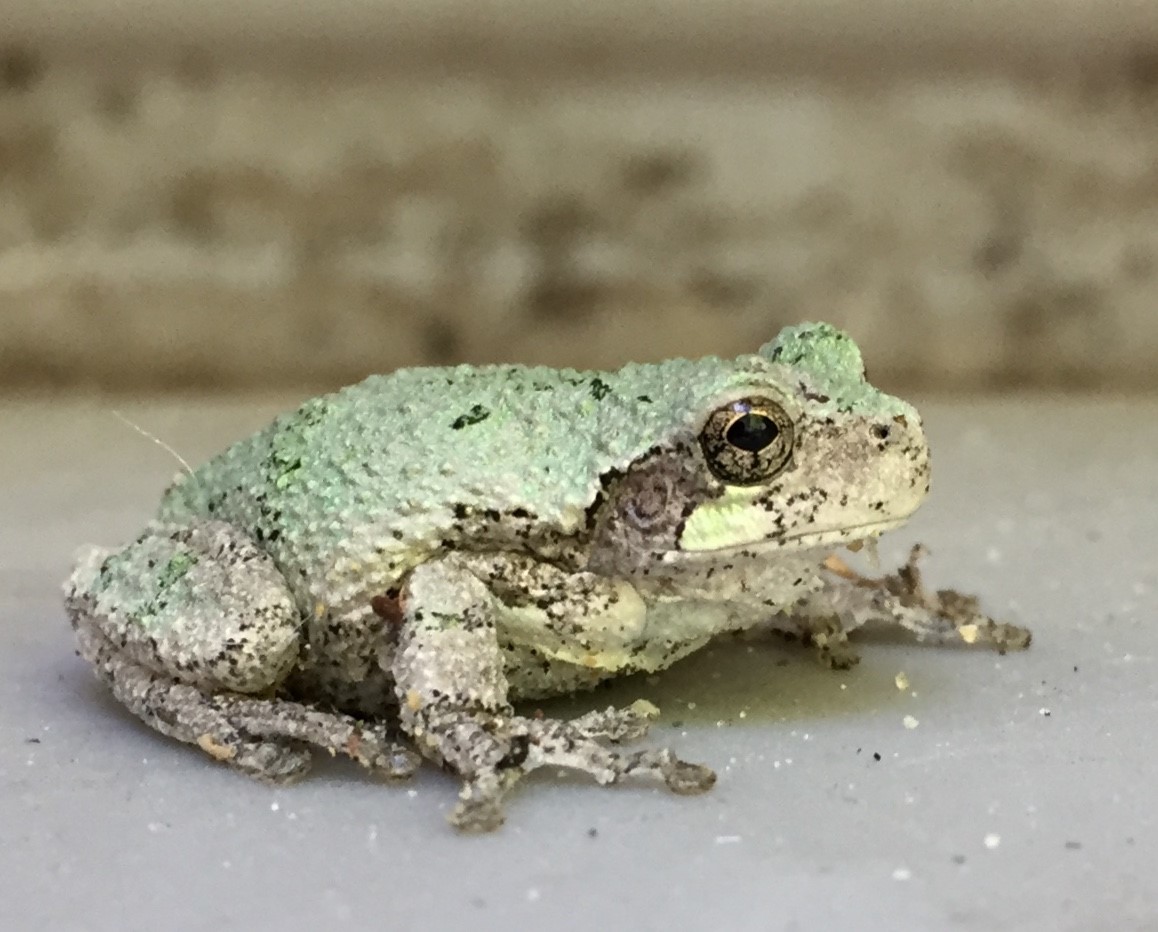 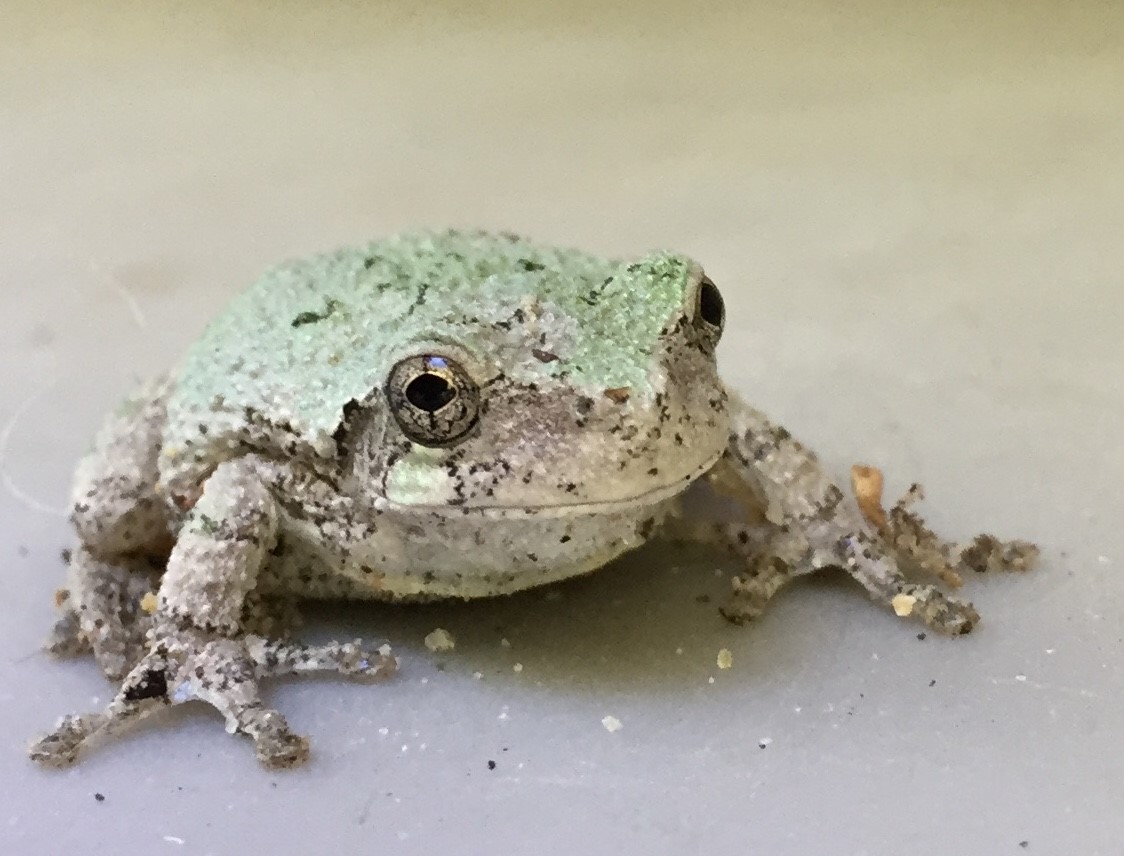 One time, one of these frogs found a cozy nook in the car door jamb, and rode around on drives unharmed before it found another place to hang out.