Good morning on December 27, 2020, the third day of Coynezaa (as well as the third of the Twelve Days of Christmas), and, unfortunately, National Fruitcake Day, when the sole fruitcake that exists in America wends its way to another home, later to be multiply “regifted”. It’s also Visit the Zoo Day, but not much of a chance this year, as well News of the Day:

Trump’s still holed up in Mar-a-Lago, and he let the pandemic relief bill expire last night without signing it. Unemployed Americans will lose their benefits, businesses some critical assistance, and the whole government may shut down on Tuesday. Given his lack of empathy for Americans, I’m not sure what’s motivating this.

The U.S. Supreme Court has been totally incompetent and weak on the massive Election Fraud that took place in the 2020 Presidential Election. We have absolute PROOF, but they don’t want to see it – No “standing”, they say. If we have corrupt elections, we have no country!

A young military man working in Afghanistan told me that elections in Afghanistan are far more secure and much better run than the USA’s 2020 Election. Ours, with its millions and millions of corrupt Mail-In Ballots, was the election of a third world country. Fake President!

There’s a NYT op-ed in which author Kim Brooks suggests that the pandemic, by closing child-care facilities and taking women disproportionately out of the workforce, has probably permanently unraveled three decades of progress in women’s equality.

As a result, some suggest that a year of Covid-19 may undo decades worth of progress toward gender equity in America, that even after the pandemic is brought under control, a generation of working mothers will never recover what they lost.

It makes you wonder: How meaningful was the progress we’ve made in the last three decades, if it can be undone so quickly and so ferociously?

I sympathize with her, as women always get the short end of the stick when people want to work and have children too, but I can’t believe that feminism, which has progressed so far during my lifetime through moral suasion, has been set back permanently and can never recover. Of course more work is needed, like adopting Sweden’s model of sharing childcare between parents, but progress, I think, has been steady and will continue. The pandemic is a blip, but the arc bends towards justice.

DO NOT read this article (they also ate d*g):

Finally, yesterday we passed a sad mark: at least one in every thousand Americans has died of coronavirus. (US population at the moment: about 330,755,300 ).

True, but not much came of the Flushing Remonstrance.

Here’s my tweet, which shows Darwin’s voyage and a picture of the ship (which was later lost):

It was on this day in 1831 that Charles Darwin, only 22, set out on HMS Beagle as the captain's companion, returning five years later with a head full of facts and some half-formed ideas. pic.twitter.com/C9Dw2RZk2B

The song was written by the famous artist, writer, poet, and everything else Rabindranath Tagore, who wrote many beautiful songs. The song, performed here by several famous Indian singers, is infinitely better than The Star-Spangled Banner. (You can see the lyrics in Hindi, Bengali, and English here.)

I can’t wait to get back to India!

Here’s the ship in Tokyo Bay. It even participated in the battle of Midway in 1942, but was scrapped four years lateer.

Jonas was ordained in Berlin by a liberal Jewish sect (of course), but then was deported to the Theresienstadt camp in 1942.  After serving there for several years, she was sent to Auschwitz in October, 1944, where she was killed almost immediately. Here’s a photo: 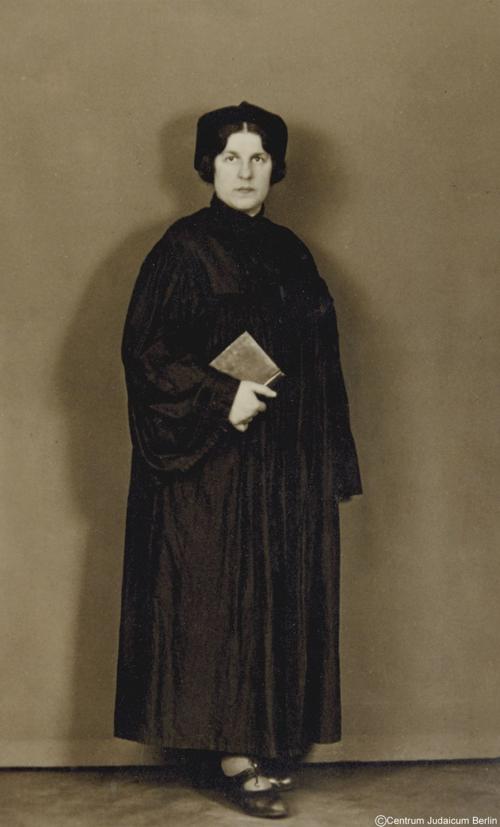 Here’s a base jumper hurtling into the cave, with narration by David Attenborough:

This neutron star is only about 20 km wide! Here’s an explanatory video:

Fifty thousand years after a starquake occurred on the surface of SGR 1806-20, the radiation from the resultant explosion reached Earth on December 27, 2004 (GRB 041227). In terms of gamma rays, the burst had an absolute magnitude around −29.[a] It was the brightest event known to have been sighted on this planet from an origin outside the Solar System, until the GRB 080319B. The magnetar released more energy in one-tenth of a second (1.0×1040 J) than the Sun releases in 150,000 years (4×1026 W × 4.8×1012  s = 1.85×1039 J). Such a burst is thought to be the largest explosion observed in this galaxy by humans since the SN 1604 supernova observed by Johannes Kepler in 1604. The gamma rays struck Earth’s ionosphere and created more ionization, which briefly expanded the ionosphere.

Here’s a restored photo of Pasteur: 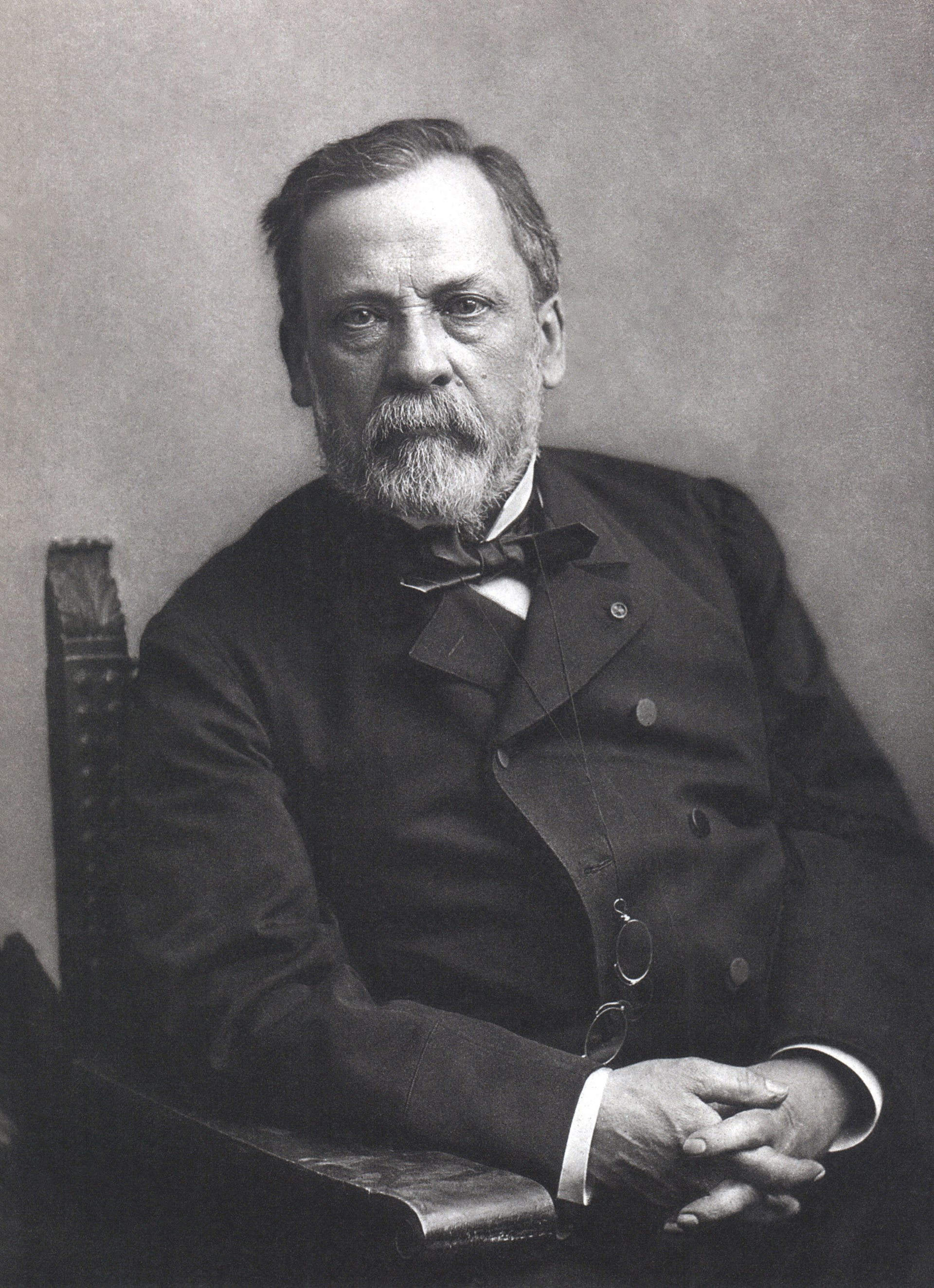 Those who withered on the vine on December 27 include:

Bridges, extremely smart and wickedly handsome, was one of the more colorful characters in the history of genetics. With his huge mane of blond hair, he was irresistible to women, and pursued them relentlessly. Some day there will be a good biography of him. Here he is at the scope:

Beckmann did several pictures that included cats; here’s one of them:

It was likely drugs. And it was sad; this is from Wikipedia:

The day after Fisher’s death, her mother Debbie Reynolds suffered a stroke at the home of son Todd, where the family was planning Fisher’s burial arrangements. She was taken to Cedars-Sinai Medical Center, where she died later that afternoon.  According to Todd Fisher, Reynolds had said, “I want to be with Carrie” immediately prior to suffering the stroke.

Meanwhile in Dobrzyn, Hili sees a strange bird for the area:

Hili: What is a seagull looking for in our garden?
A: I don’t know, but it will not find a fish here. 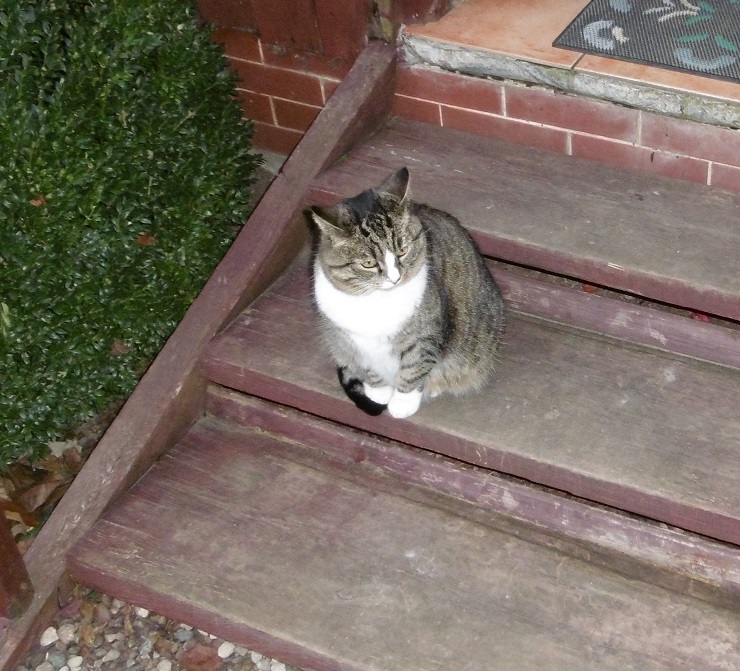 Little Kulka is also downstairs, gazing out the window: 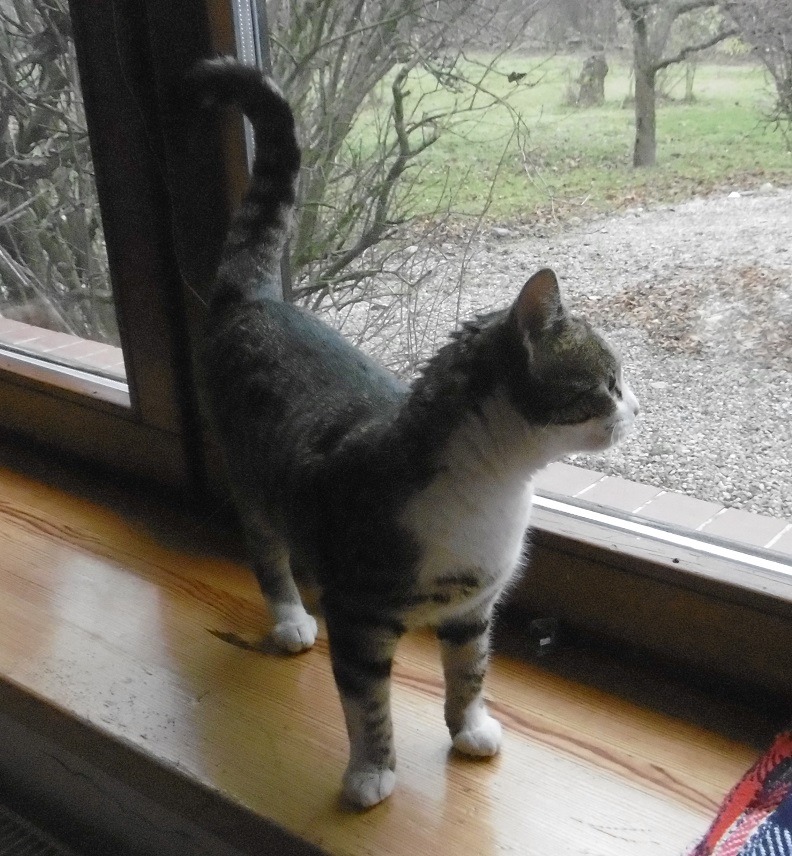 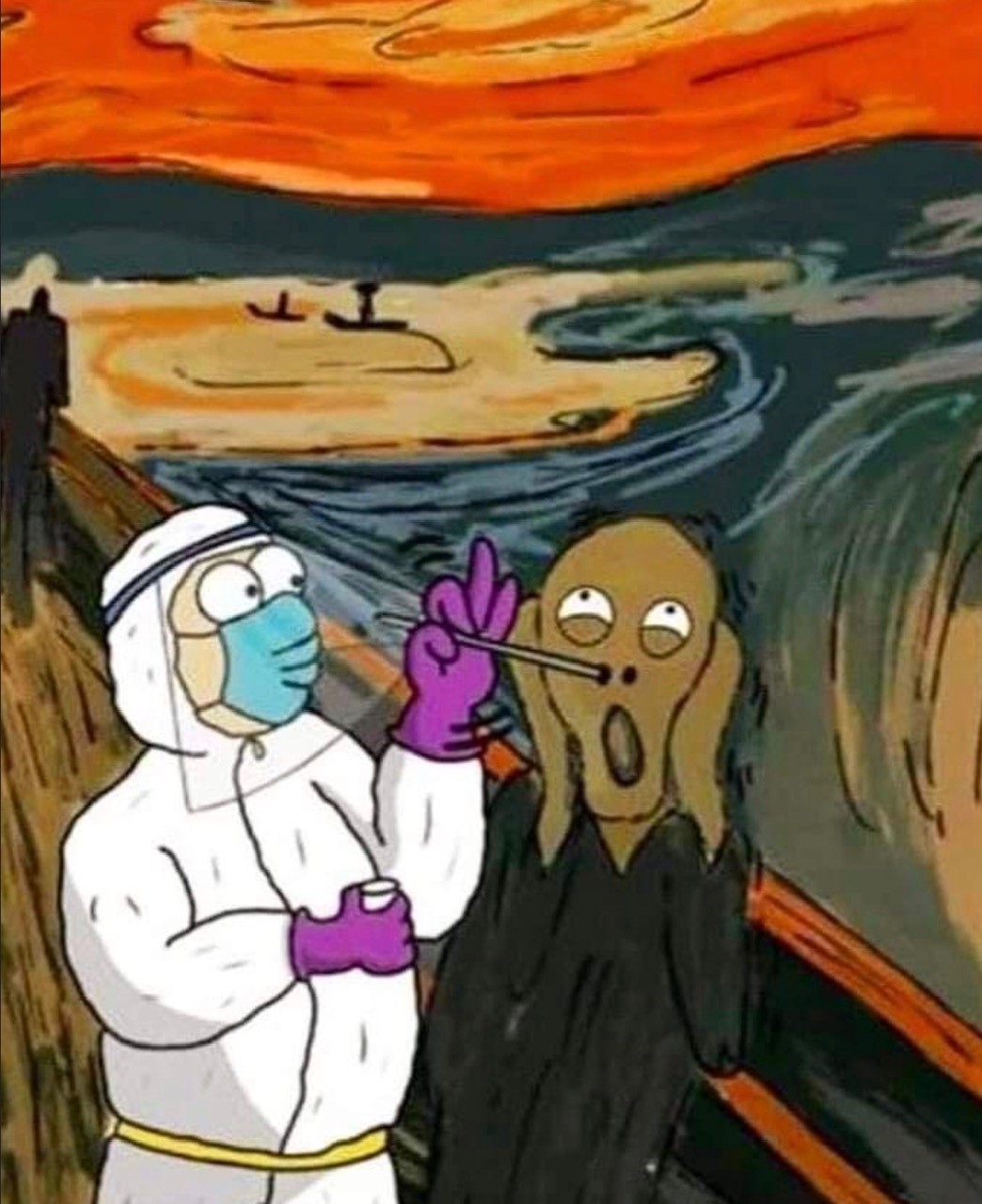 From Land of Cats: 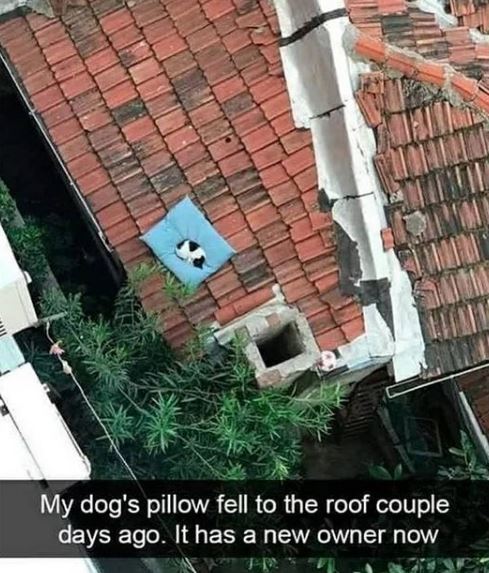 From Jesus of Day: 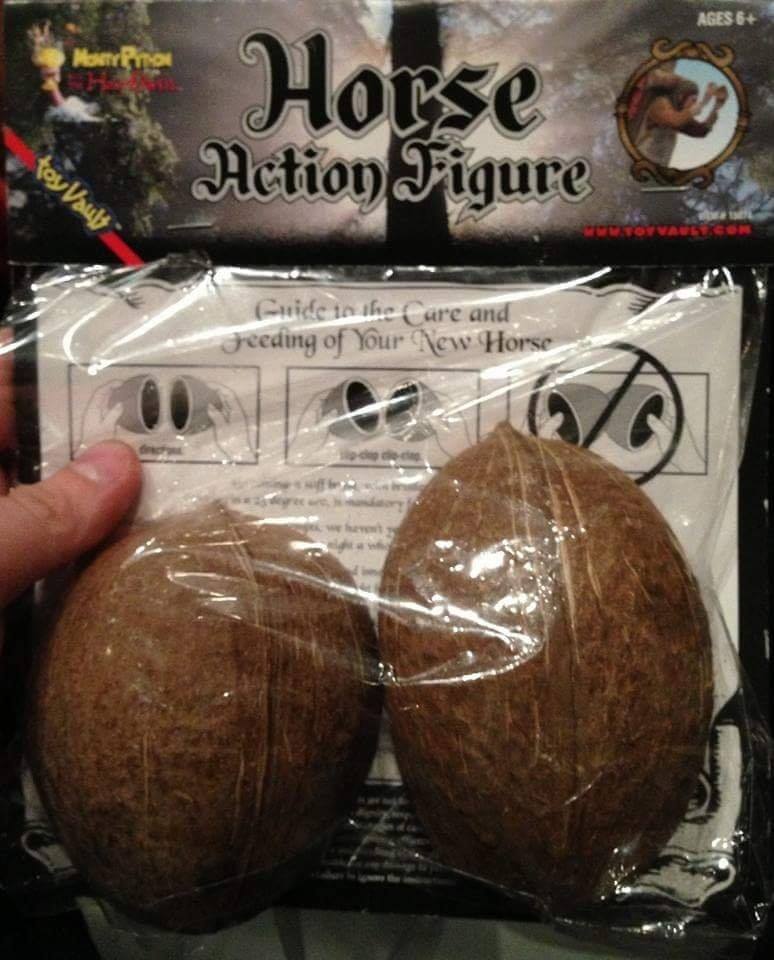 I tweeted this, but Sue steered me to the video, which is great.

A new recommendation that we change our use of consonants to prevent the spread of the coronavirus. Yes, I know it's a joke, but it's clever.https://t.co/ZxTIHmyEMP

My philosophical colleague Maarten Boudry in Ghent sent a video of his grown-up kitten, Winston Purrchill. Here they do a duet on the piano.

Tweets from Matthew. I have to say that this pair comprises some of the biggest loons I’ve seen this year. How can people believe this crap?

My vibrational frequency is more attuned than yours. pic.twitter.com/fCLVQWNEQf

This is a stunning find. At first I thought they ate wolves, but Matthew’s convinced me it was dogs. They ate mallards, too, but we won’t speak of that.

Matthew says this about this: “Fabulous (if rather gruesome) closeup of a centipede eating. Fab eyes and appendage action.”

if you look closely at her mouth, you can see the small, black, serrated mandibles doing the chewing. they make short work of a soft pupa but are tough enough to cut through the thickest cockroach shells pic.twitter.com/cG8jPNkden

From the Chief Mouser to the Cabinet Office. I think Larry is trying to tell us that cats will be cats.

A great case of Batesian mimicry: the harmless fly deters predators by resembling a wasp. My prediction: there’s a real wasp that looks like this living in the same area as the fly.

This 'wasp' is actually a fly: Monoceromyia javana, a Drone Fly (subfamily Eristalinae) spotted at Kranji Marshes, Singapore, on 25 Dec. 2020. It also fooled me until I took a closer look at the photos. Good mimicry, I think. 🙂