As I reported about a month ago, three federal executions were scheduled between then and Christmas, with three more on tap before Inauguration Day on January 20. This is a total of six, and clearly, because of their disproportionate number, Trump is rushing to get these people killed before Biden becomes President. (Presidents have the power to stay executions, and Biden has said he’s opposed to the death penalty.) I don’t expect Trump to exercise any empathy here: he reserves that for his cronies who have been convicted of federal crimes.

If all of these executions take place, as they surely will, this will make a total if 13 state-sponsored killings under Trump’s administration—the most under one President in over a century.  As the Associated Press reports, this is a very rare year in another way: executions by the federal government outnumber those carried out by the states themselves.  It’s usually the other way around, and by a huge margin. Here’s a graph, with the blue bars being federal executions and the orange ones state executions:

Well, this last week two of the three Government Christmas Killings took place. All federal executions are carried out by lethal injection, and all in the same place: the Federal Penitentiary in Terre Haute, Indiana.

The first killing took place on Thursday, when Brandon Bernard, 40, was put to death. He was 18 at the time he committed two murders, had spent more than half his life on death row, and pleaded for clemency from Trump because he was a teenager when he did the crime. From the New York Times:.

Among his final words, Mr. Bernard apologized to the family of the couple he had killed and for the pain he caused his own family, according to a report from a journalist in attendance. For his role in their deaths, he said, “I wish I could take it all back, but I can’t.”

“I’m sorry,” he said, looking at the witness room windows. “That’s the only words that I can say that completely capture how I feel now and how I felt that day.”

Mr. Bernard did not appear outwardly afraid or distressed as he spoke. A minute after the lethal injection began, his eyes slowly closed, and his breaths became increasingly shallow, the report noted.

He was pronounced dead at 9:27 p.m. at the federal prison complex in Terre Haute, Ind., the Bureau of Prisons said.

The second, on Friday, was of Alfred Bourgeois, 56. The Associated Press reported on his death:

Seconds later, Bourgeois peered up toward the glass dividing him from the media and other witnesses in adjoining rooms, and then grimaced and furrowed his eyebrows. He began to exhale rhythmically, and his stomach started to quiver uncontrollably. After five minutes, the heaving of his stomach stopped and his entire body became still. He did not move for about 20 minutes before he was pronounced dead.

Bourgeois had met with his spiritual adviser earlier Friday as he sought to come to terms with the possibility of dying, one of his lawyers, Shawn Nolan, told The Associated Press hours before the execution. He said Bourgeois had been “praying for redemption.”

Bourgeois took up drawing in prison, including doing renditions of members of his legal team. Nolan said he had a good disciplinary record on death row.

I am not saying that the executed should have been released, though at least for Bernard that might have been a possibility had he reformed, but I do insist that the death penalty is barbaric and unworthy of America. I won’t go into my arguments against it, but will mention one: if convicted people are later exonerated, as 167 death row inmates have been since 1973, there’s no bringing them back when they’re dead. And if they’re not exonerated, well, there’s always life without parole.

All First World countries save Japan, Taiwan, and the U.S. have abolished capital punishment (see below). Do we really want to be in the small group of exceptions? What about America requires us to retain the death penalty? Although numbers of countries alone don’t establish the moral rectitude of abolishing executions, they do show a consensus. For those who still want to have state-sponsored killings, I reply as Oliver Cromwell implored the Church of Scotland:

I beseech you, in the bowels of Christ, think it possible that you may be mistaken. 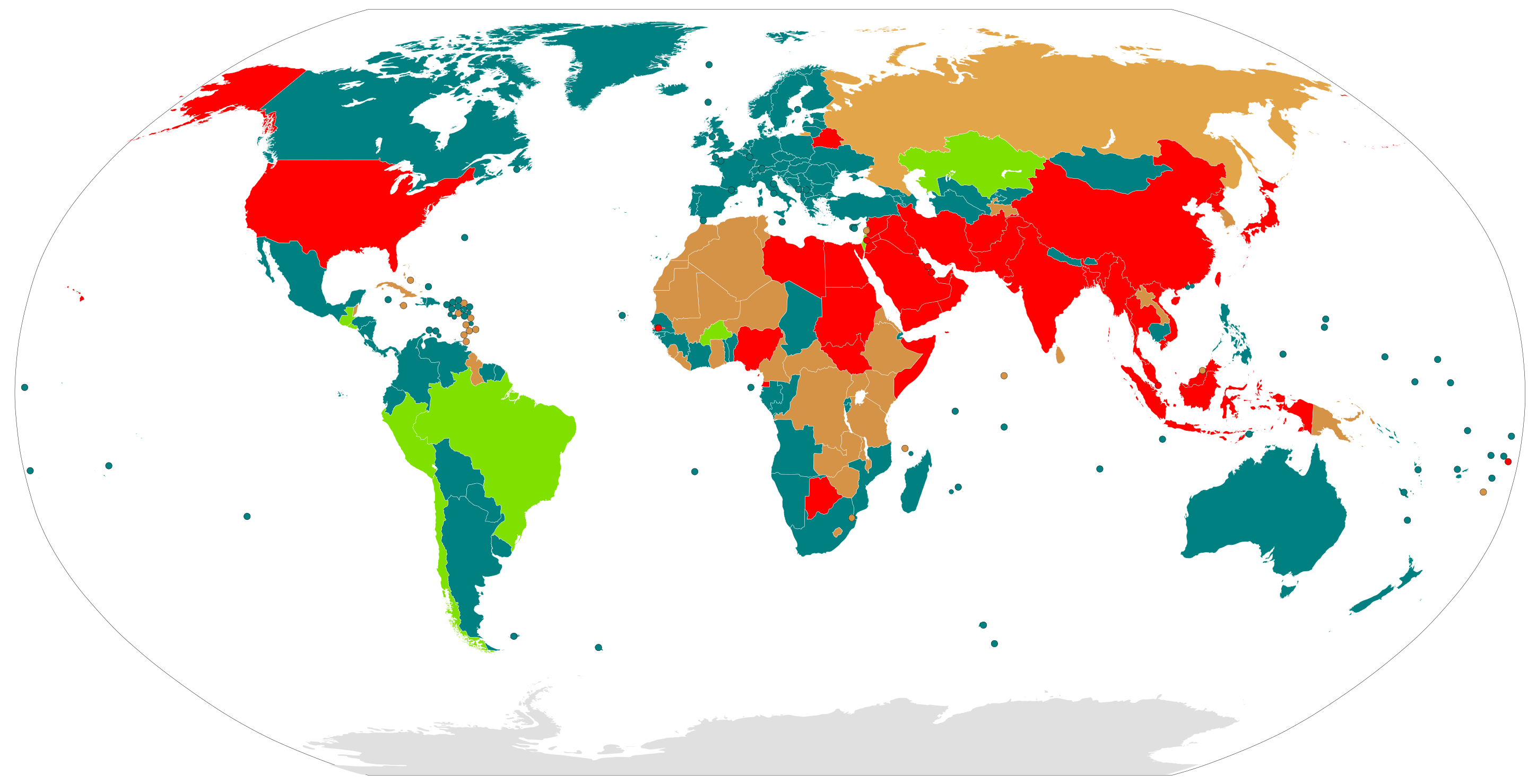