I’m running a bit low on photos now, and thus am getting anxious. I am worried that this feature will go away, for if I run out of photos, it will end as a daily feature. Please send in your good wildlife/street/landscape photos ASAP, and bring PCC(E) back to a state of complacency.

We have two contributors today. The first is Doug Hayes of Richmond, Virginia, who titles his contribution “Faux Duck fishing.” His captions are indented:

For about two years now, a solitary pied-billed grebe (Podilymbus podiceps) has been living at the lake in Forest Hill Lake here in Richmond, VA. It is quite skittish, and usually moves out to the center or far side of the lake when it spots people. I have seen it diving for food many times, but have never seen it catch anything. This morning, the grebe was staying close to shore, which has a heavy growth of water lilies and other plants. I watched it dive several times and at one point, it surfaced with what I thought was a bunch of aquatic plants. Then I realized that it had caught a fish. Even though it was bigger than the bird’s head, the fish eventually went down the hatch. 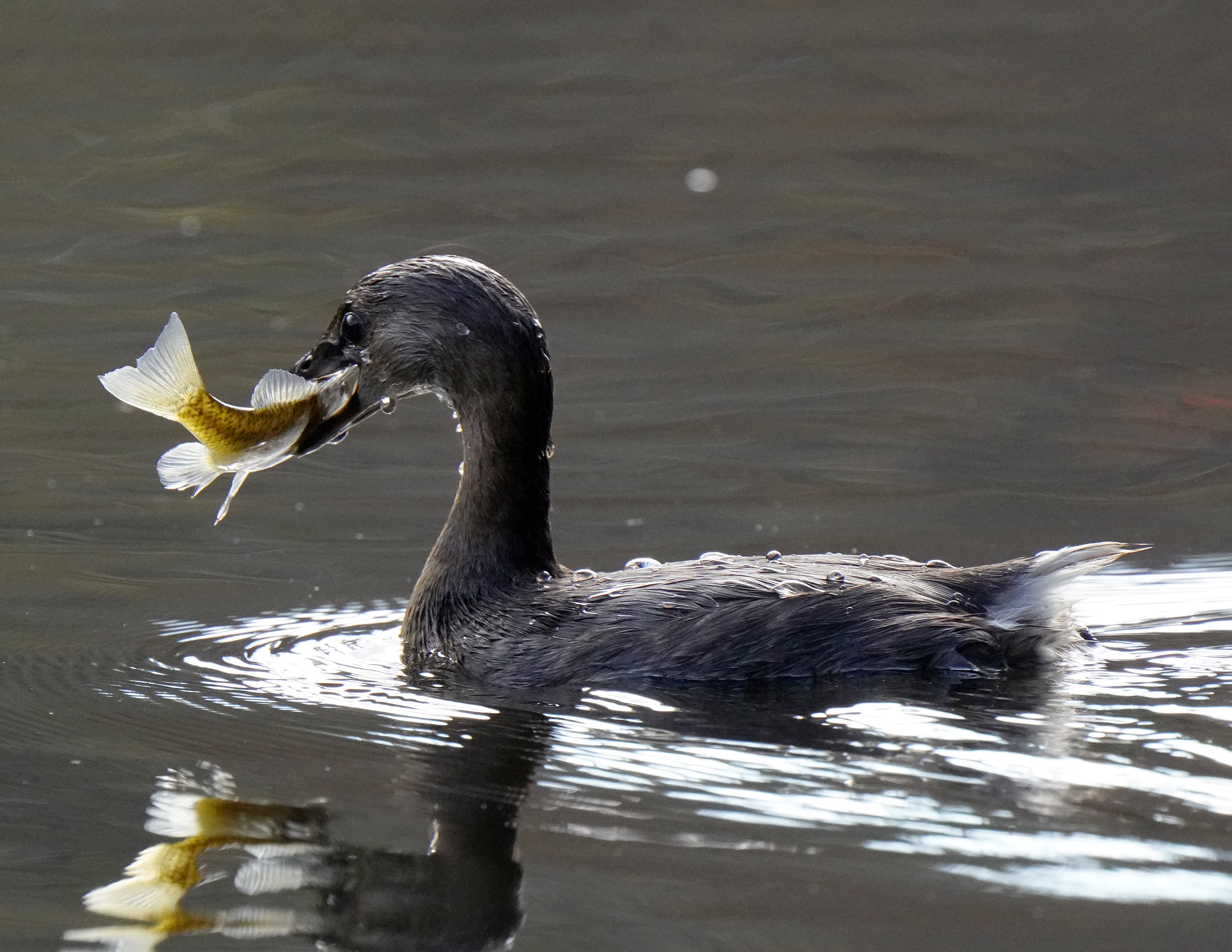 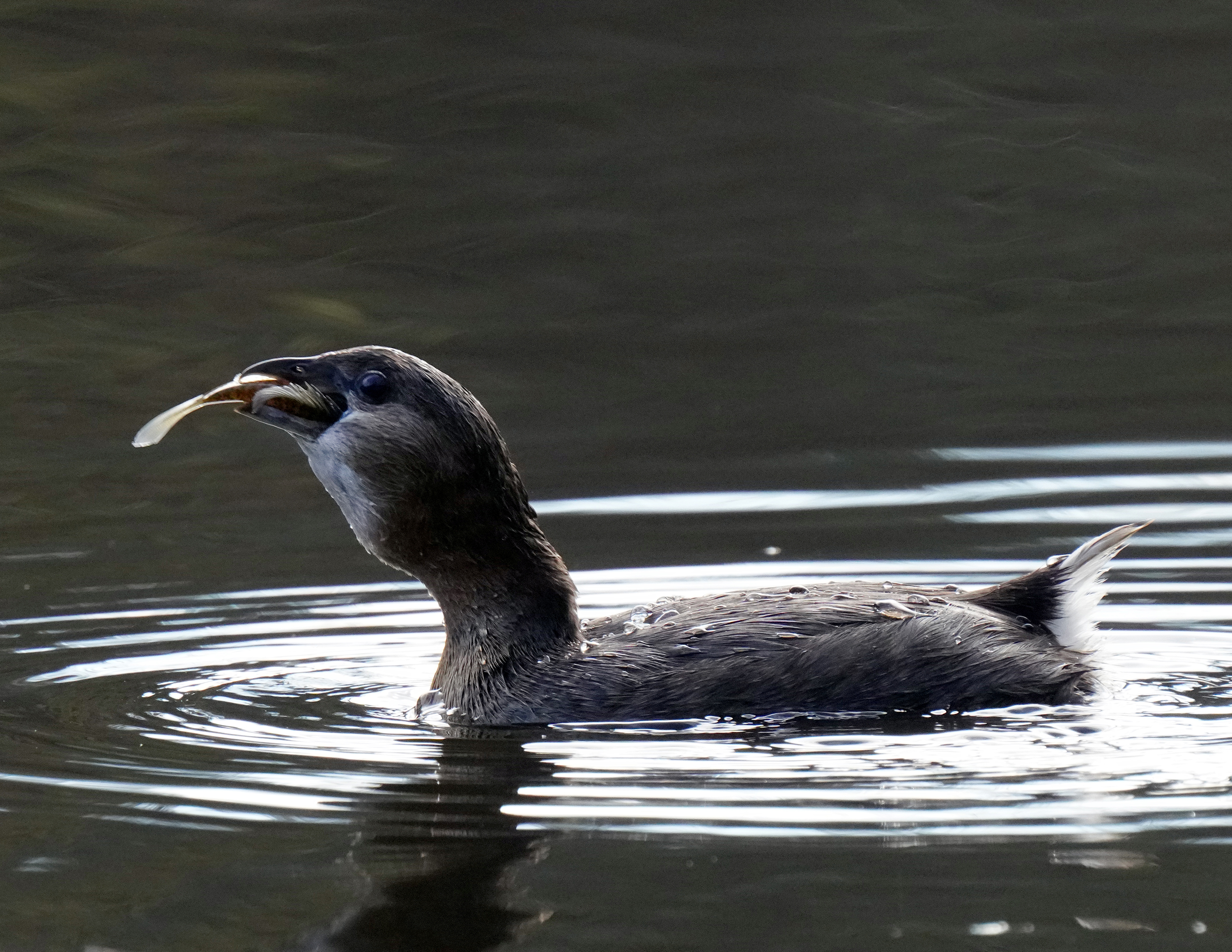 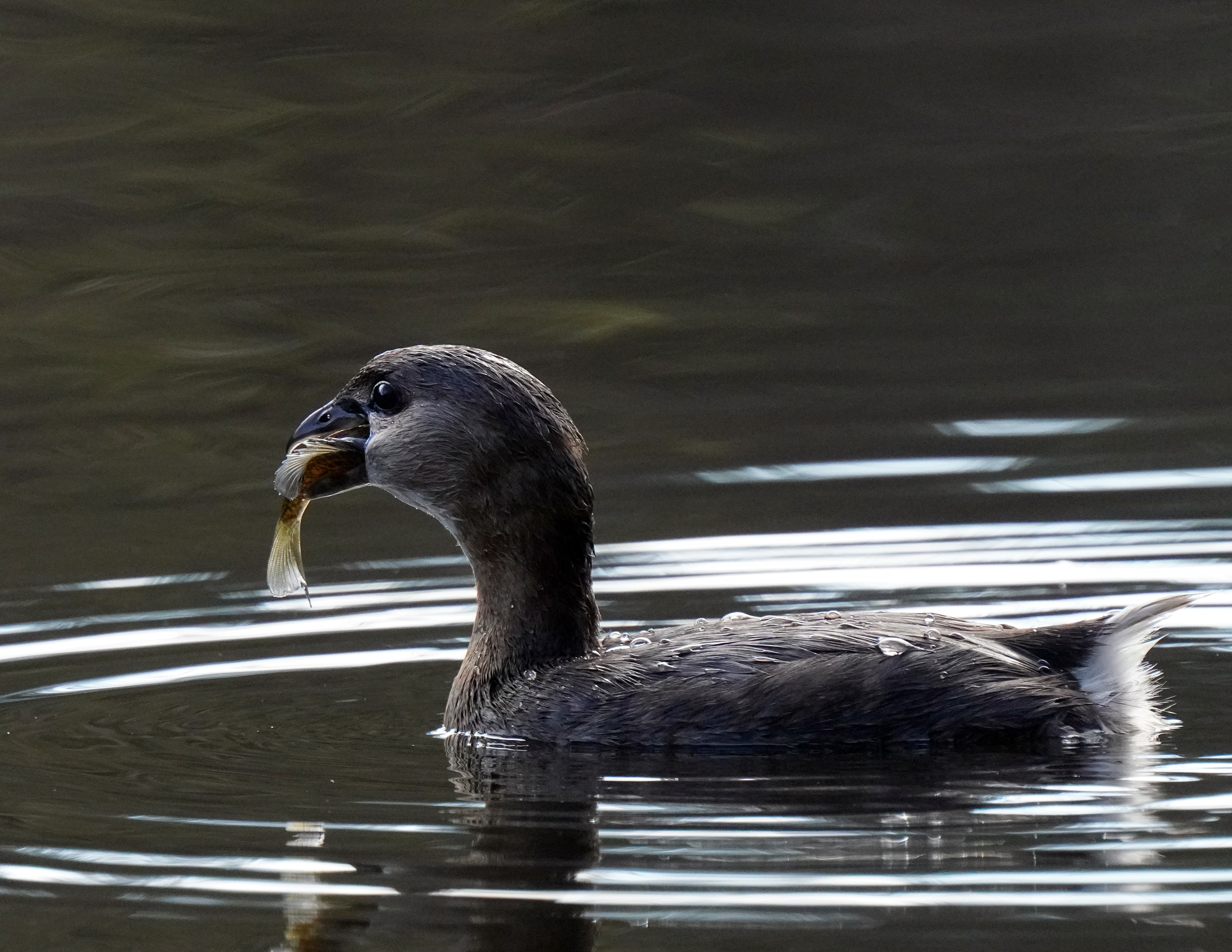 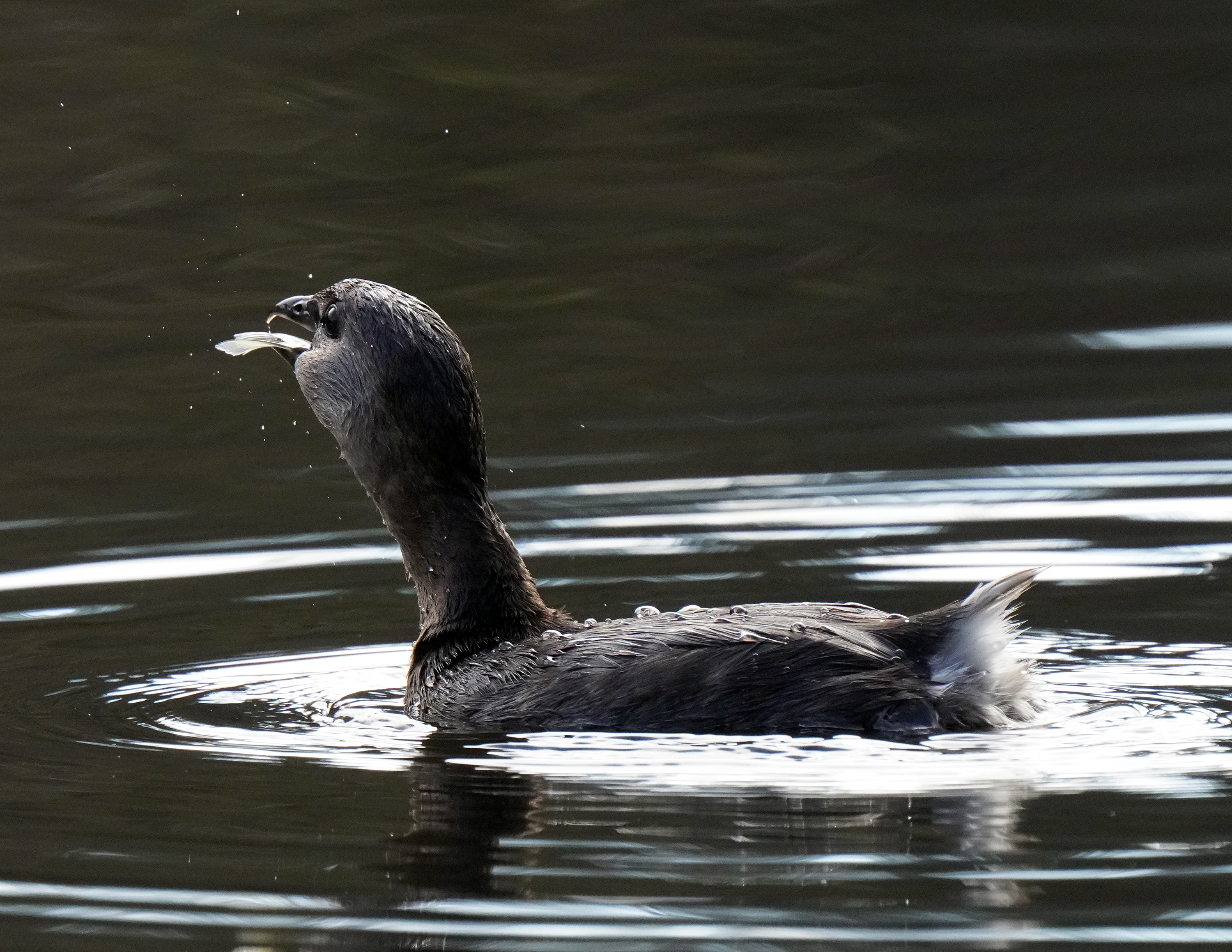 And we have a few photos from California taken by Joe Dickinson, with his captions also indented.

Here are a few from a recent walk down by Aptos Creek and Seacliff Beach. First, we have a juvenile black crowned night heron (Nycticorax nycticorax). 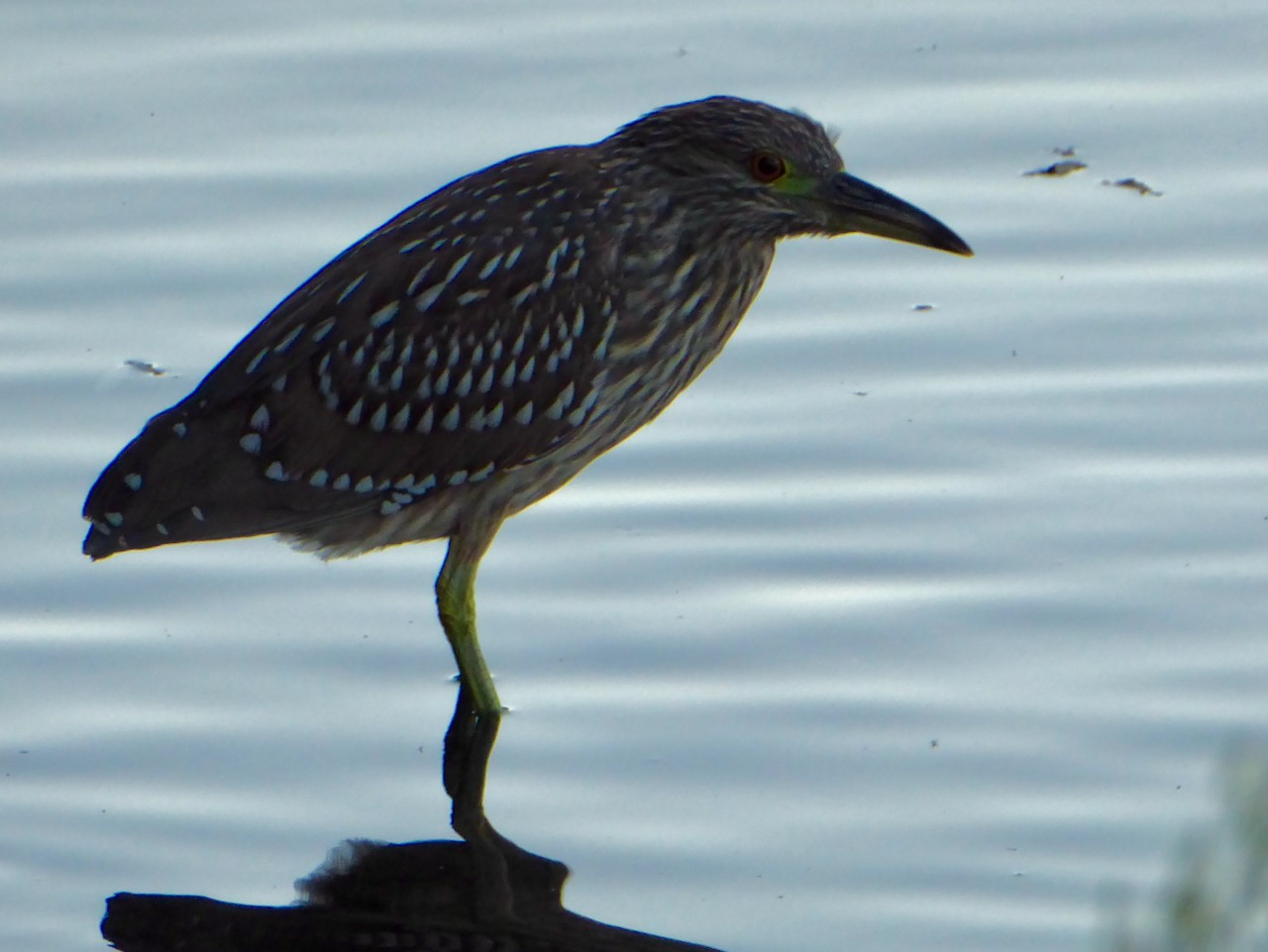 Some context:  from the mouth of Aptos Creek, one can look northwest toward a Santa Cruz neighborhood called Pleasure Point.  It’s one of the main local hangouts for surfer dudes.  I think there are gulls, pelicans and/or cormorants flying across, but I won’t attempt to name species at that range. 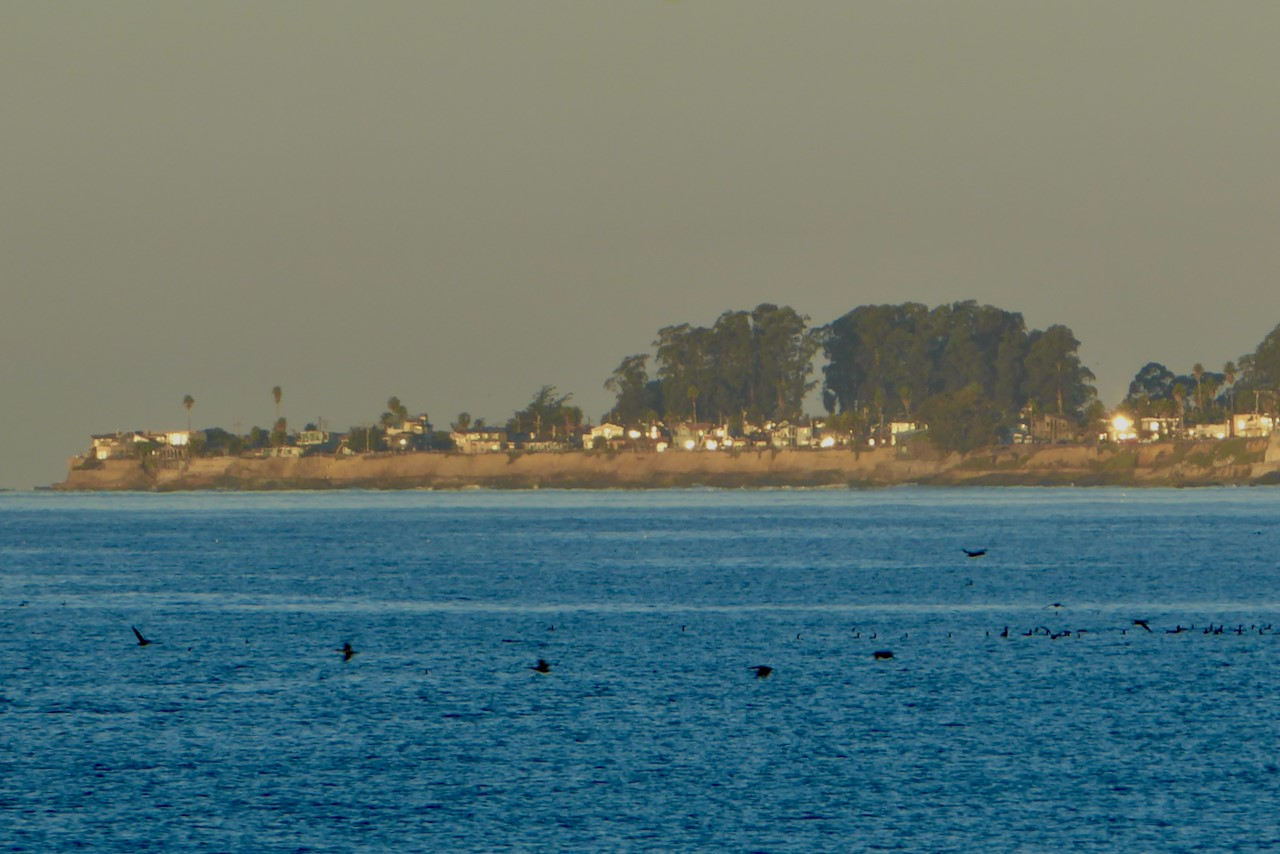 This is what you get when you are a fraction of a second late snapping a submerging cormorant. 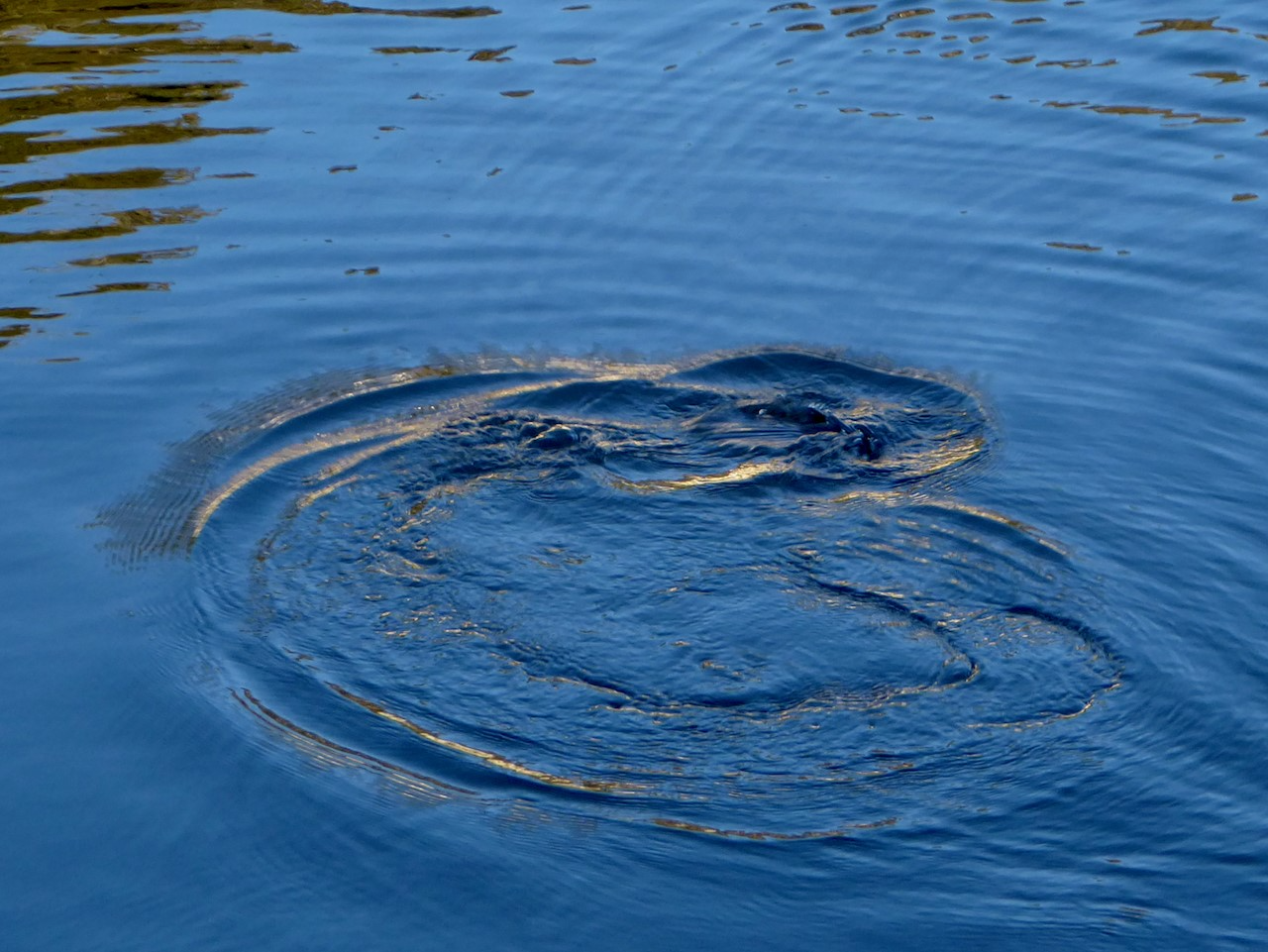 A common merganser (Mergus merganser), female or non-breeding male, with a golden reflection. 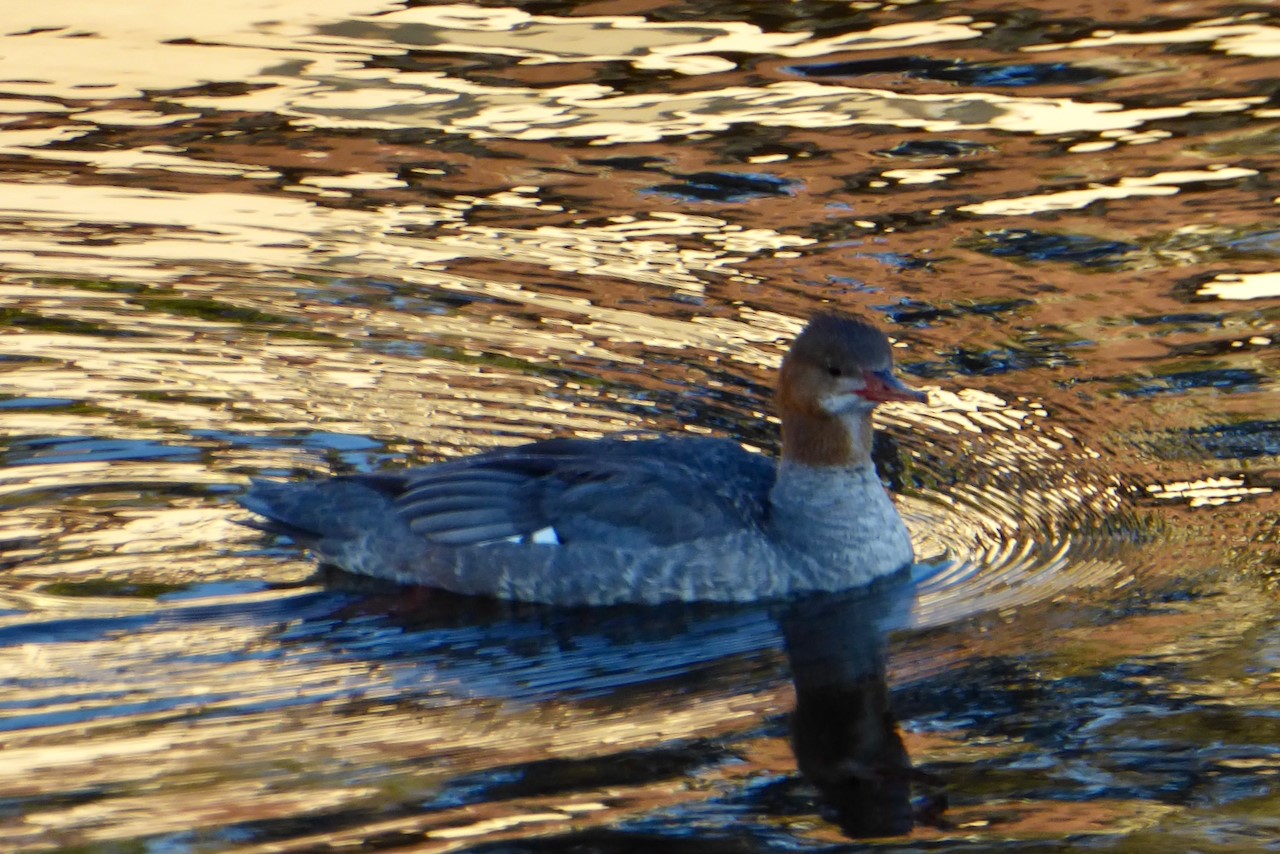 The same merganser with different illumination. 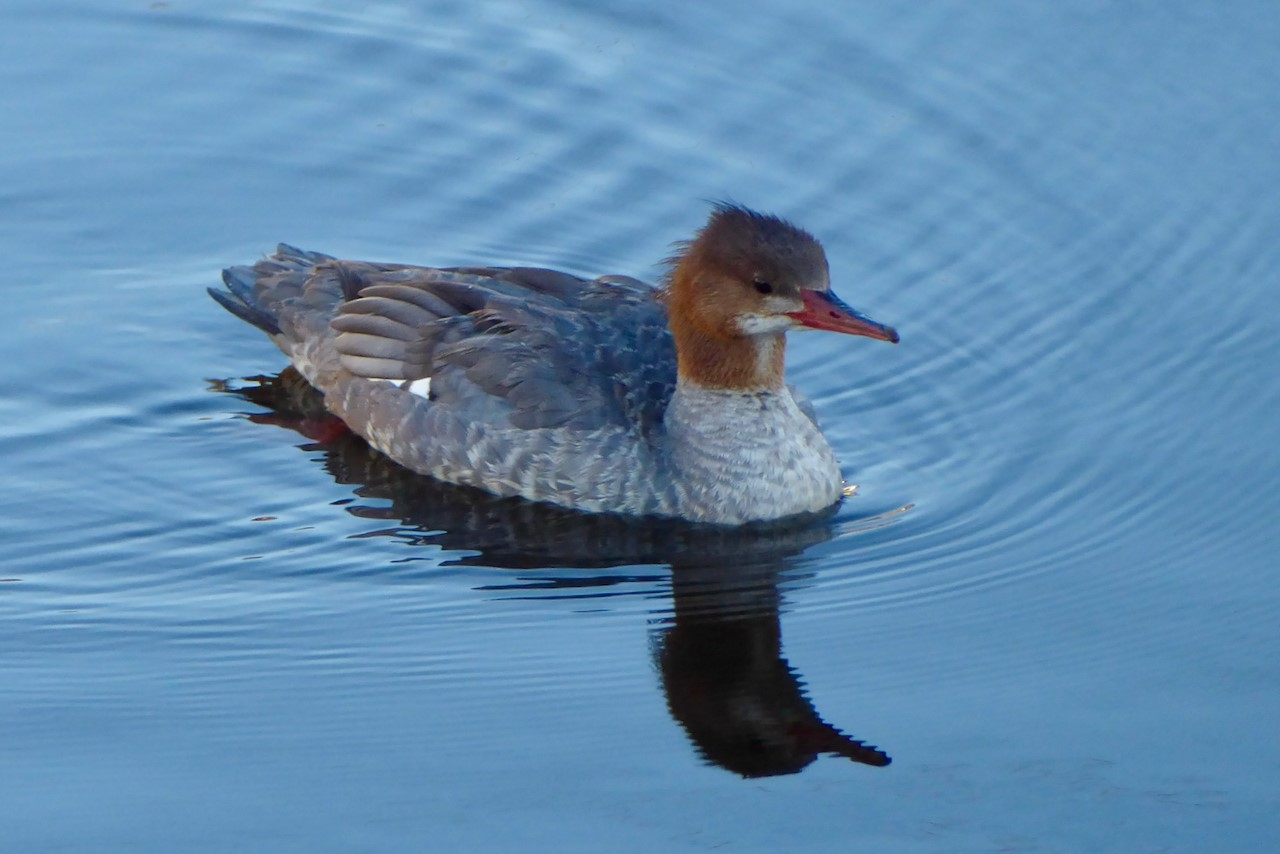