My thrice-weekly constitutional used to me down along by Lake Michigan, but that got boring. Recently, then, I’ve been heading up to Kenwood, a “community area”  that goes from 43rd street to 51st Street (Chicago streets are numbered consecutively starting from downtown and going south). Much of the southern part of Kenwood, from 47th Street to 51st Street, was occupied in the late 19th and early 20th centuries by rich titans and moguls: the Swifts, the Armors, and the executives of Sears-Roebuck.

This is also the area in which Bobby Franks was kidnapped by Leopold and Loeb, and where much of Richard Wright’s novel Native Son is set. The southern moiety is included within the Hyde Park-Kenwood Historic District. Some of the houses in Kenwood were designed by Frank Lloyd Wright, though early in his career.

And of course this is where Obama lived when he was in Chicago—after he made his nut with his first book. The other day I put up a picture of his house, mostly blocked off by the Secret Service, though he no longer lives here.  The whole surrounding area is full of huge brick mansions, and it’s a lovely walk, though no U of C professor could ever afford to live here unless they win a Nobel Prize.

Here are a few houses and miscellaneous photos from Tuesday’s ramblings. I’ll identify them when I can. Click the photos to enlarge them.

Below is Wright’s 1896 Isidore Heller House. Earlier in his career, he hadn’t yet adopted the sweeping horizontality of, say, the Robie House (1909-1910), which I pass on my way to work every day. The Heller house is more vertical and includes columns and classical sculpture on the top floor.  It was on the market for a long time in the last decade, and I heard it had structural problems and leaks, which plagues most of Wright’s houses here. But it’s still a lovely building, and the “For Sale” sign is gone. 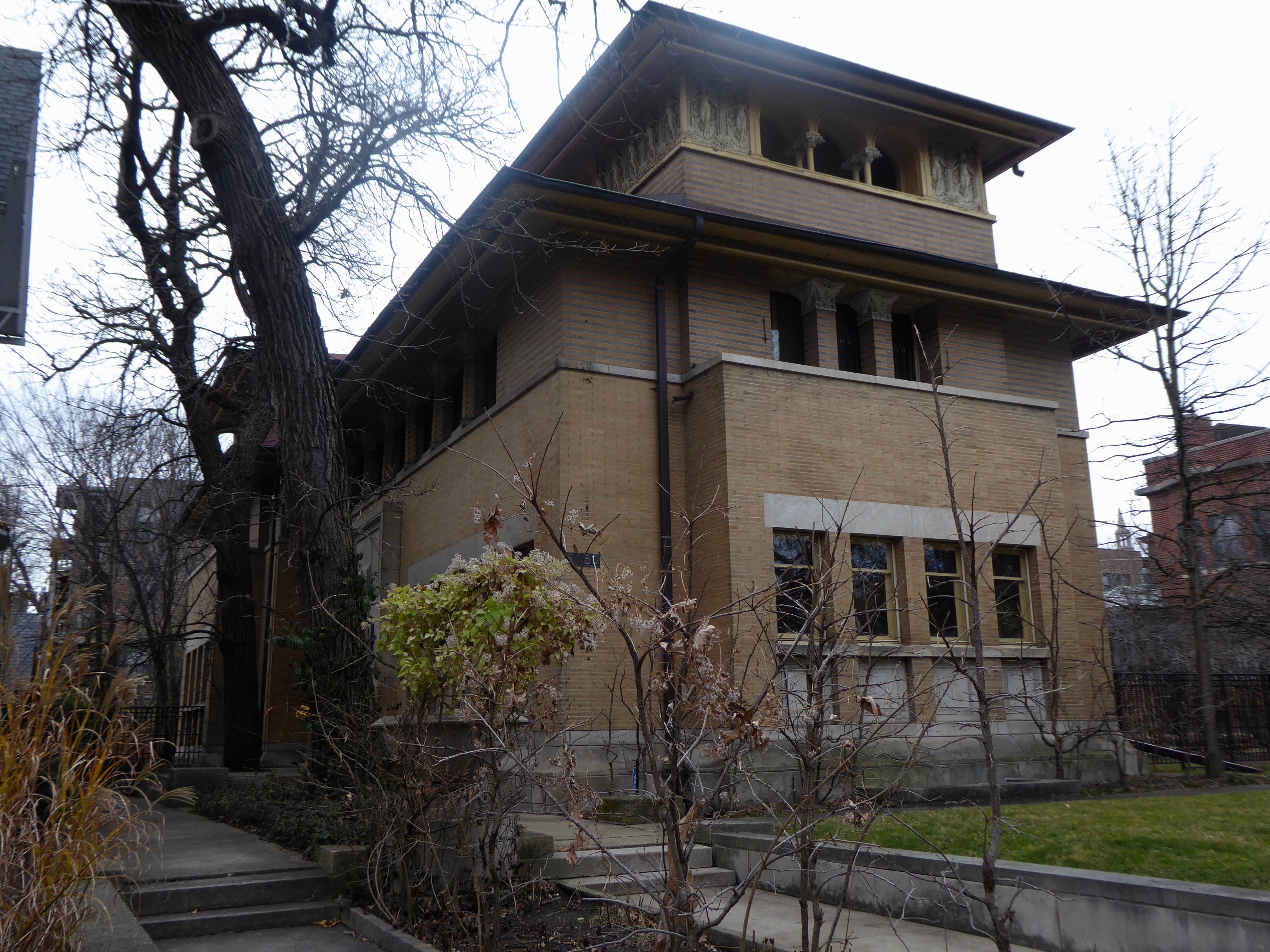 Closeup of the sculptures on top. The Frank Lloyd Trust says this:

Conforming to the irregular shape of the lot, the plan is arranged along a horizontal axis that extends back from the building’s street façade. The horizontal emphasis of the design is countered by the vertical form of the building which incorporates a substantial third floor playroom and servants’ rooms. The arcaded exterior of the third floor displays a frieze of classically-garbed maidens adapted from Wright’s cover design for the Eve of St. Agnes, published by his friend and client William Winslow in 1896. The sculpture was executed by Wright’s frequent collaborator, Richard Bock, who designed integral sculptural elements for several of Wright’s most important Prairie buildings, including the Dana and Martin houses, and the Larkin Administration building. 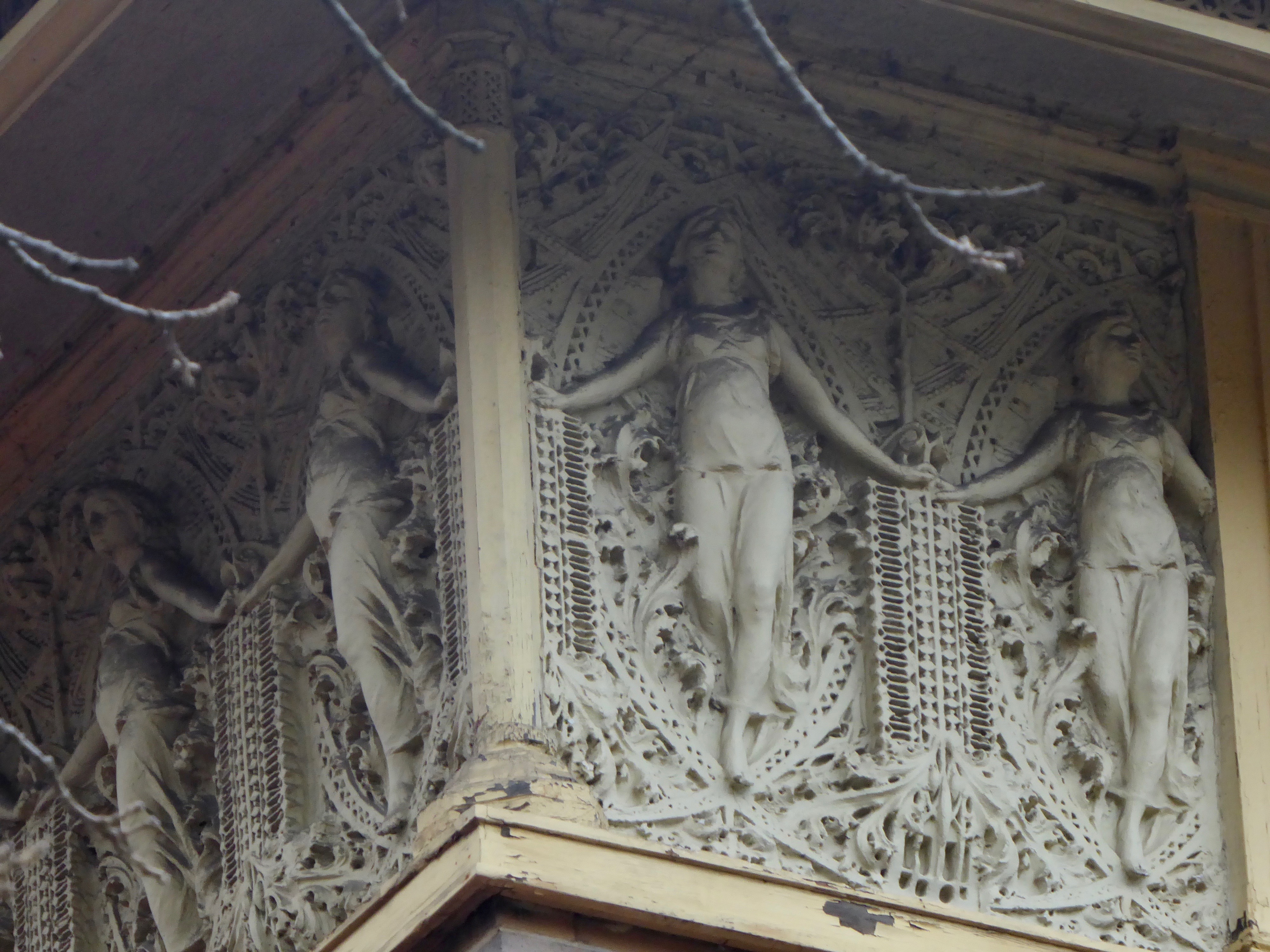 Below is the former home of Muhammad Ali, who lived in Kenwood for a while.  One site about the historic area says this:

In order to be closer to his Nation of Islam mentor, Muhammed Ali bought the brick mansion at 4944 S. Woodlawn, where he lived for several years in the 70s.

The Tudor-style mansion to the left was Ali’s: 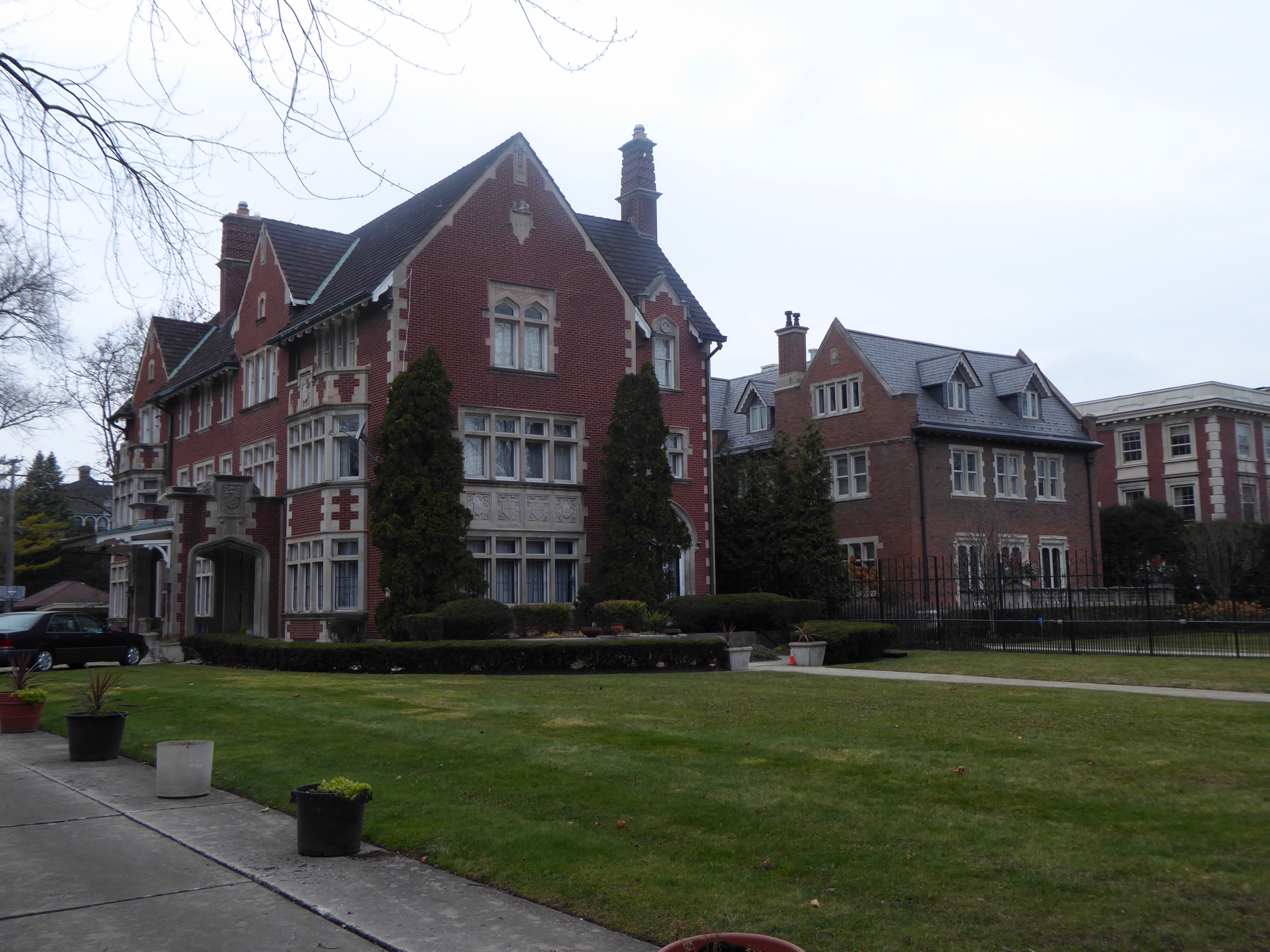 Ali’s mentor was Elijah Muhammad, who lived about two blocks from Ali’s house. Muhammad’s house is shown below, and below that, right across the street, are houses for his associates. As the site above notes:

At the intersection of 49th and Woodlawn, Egyptian architect M. Momen designed five North-African style mansions for Nation of Islam founder Elijah Muhammad and his children and staff.

I used to be scared to walk by this house, as a group of men from the Fruit of Islam, the security wing of the Nation of Islam, would be standing on the sidewalk, guarding the house in suits and sunglasses, arms folded and looking very daunting. That look, of course was part of the job—a dressed-up version of the intimidating Black Panthers look. I’m not sure if Farrakhan lives here now, but it’s surely still owned by the Black Muslims, for one can sometimes see their members congregating in the driveway behind the house. 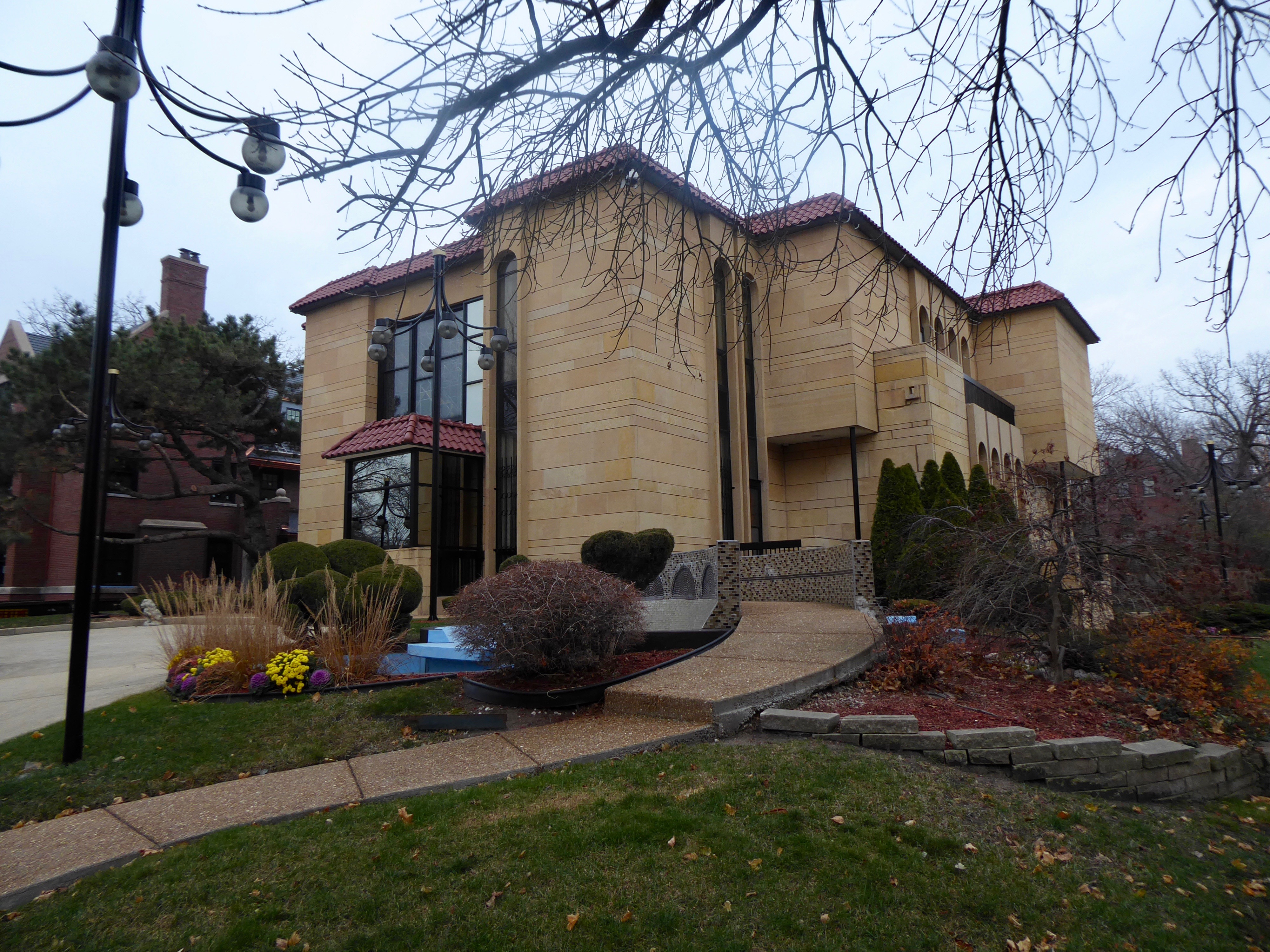 The four ancillary Nation of Islam homes across the street: 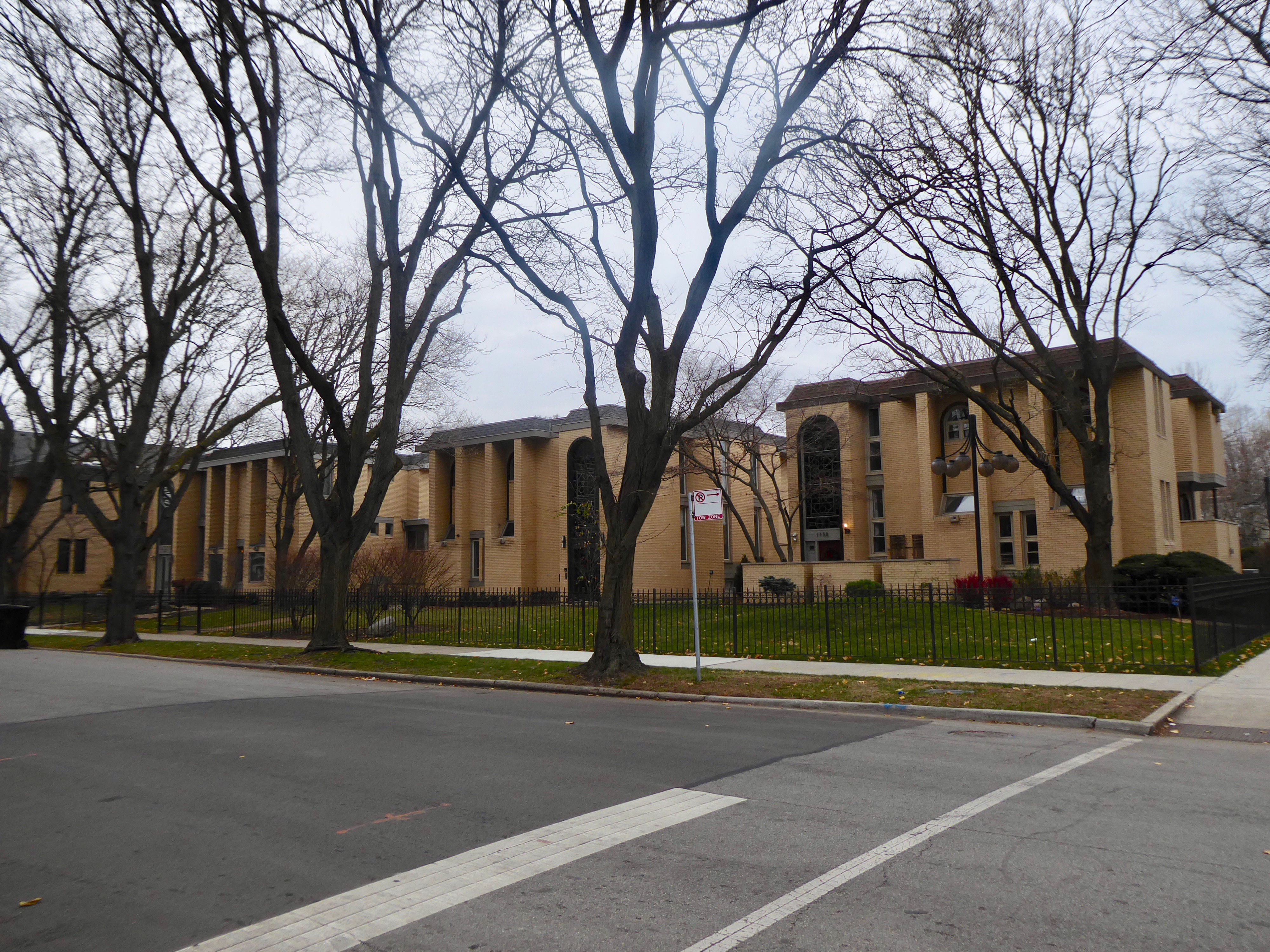 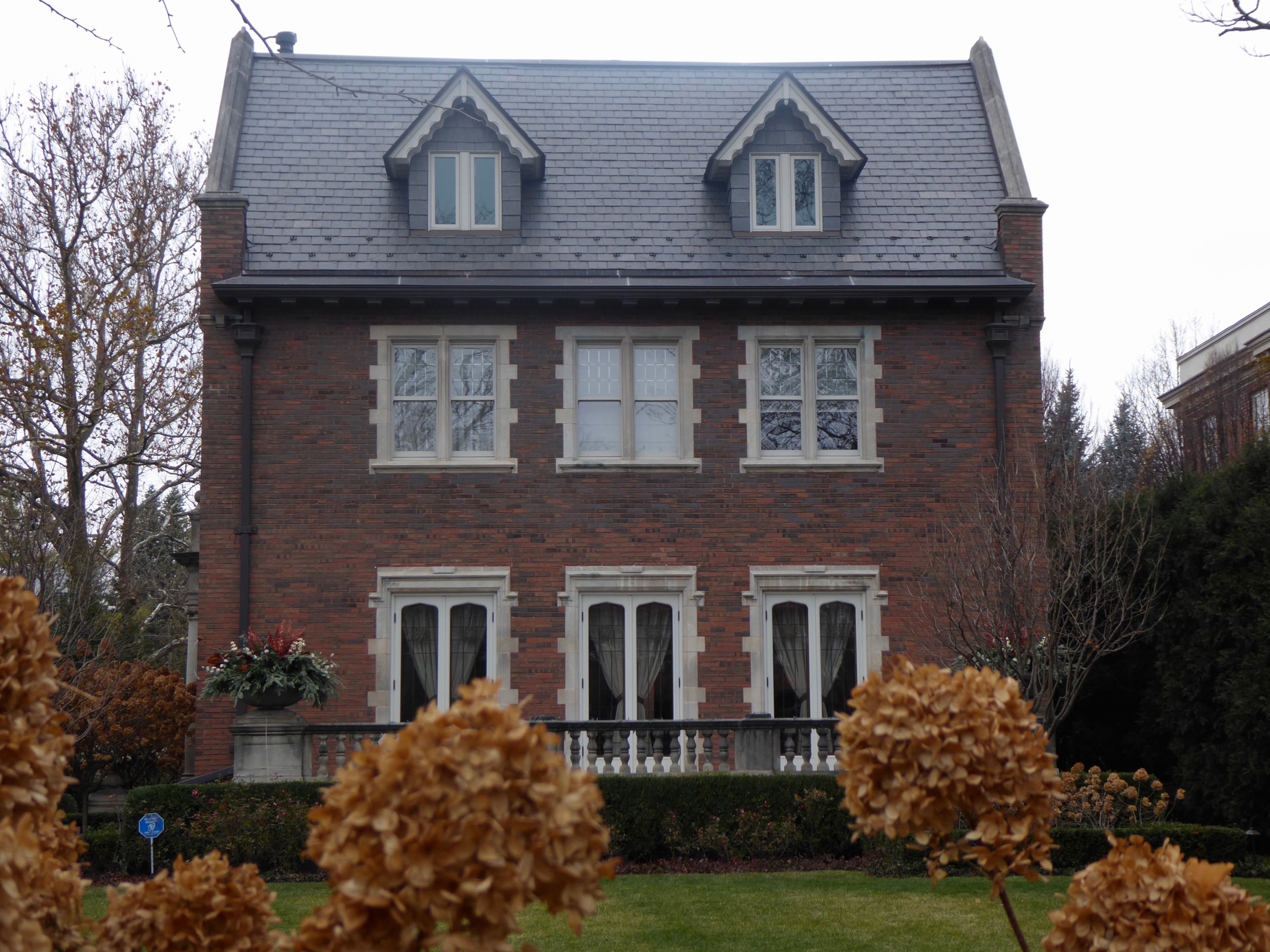 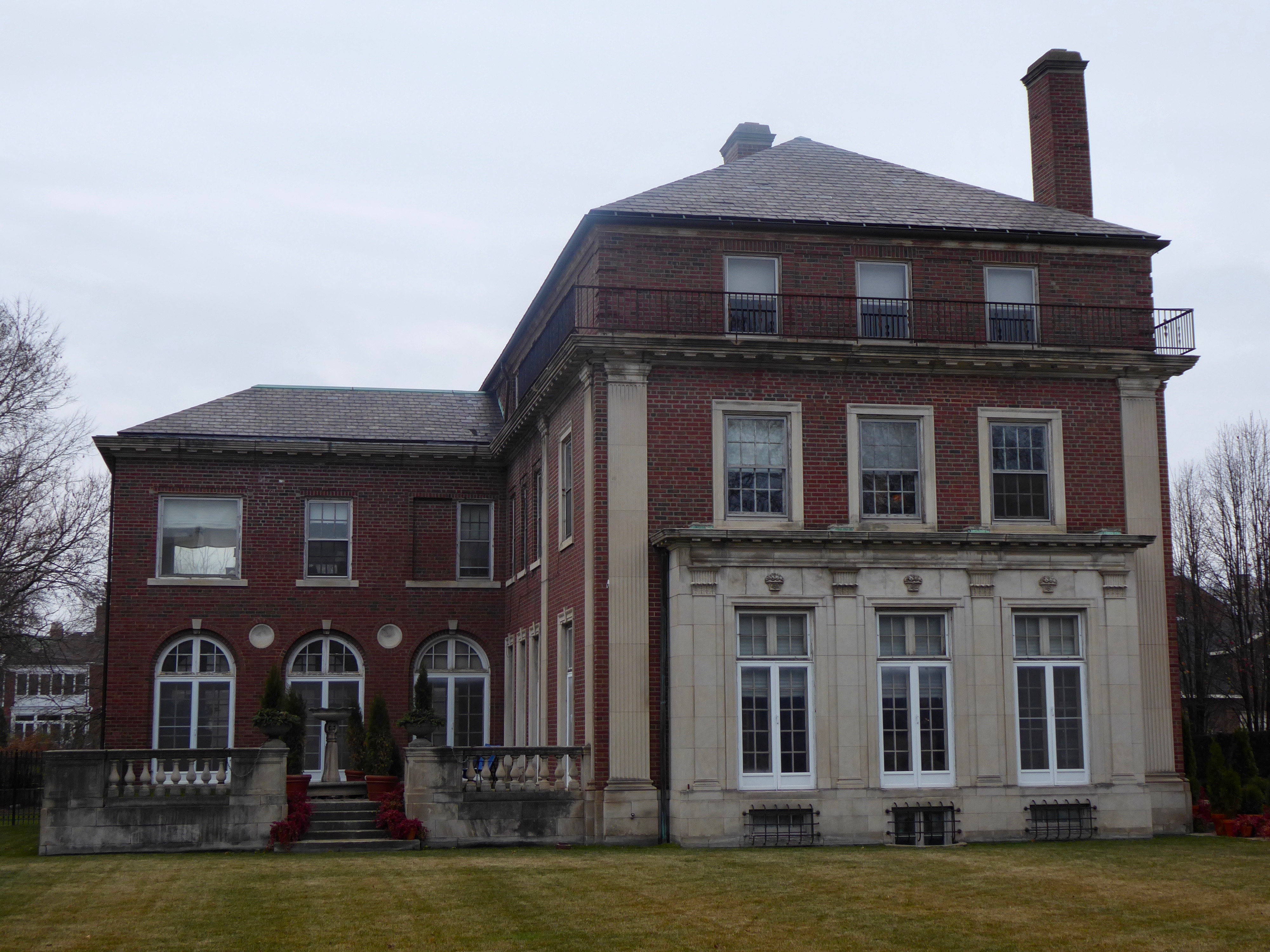 This modern house, fronted by a sculpture that looks like a jack, sticks out like a sore thumb. I’m not a fan. 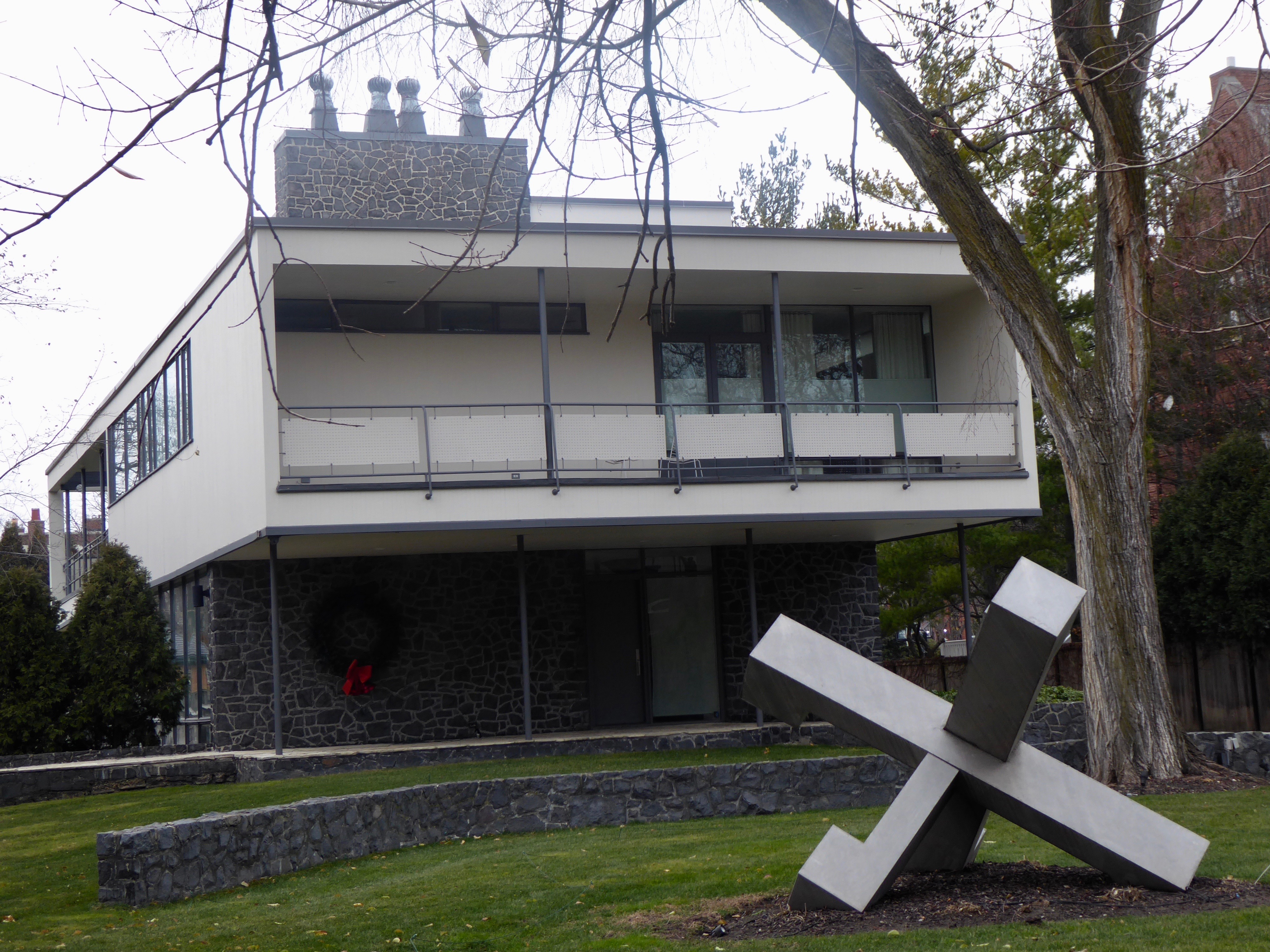 Years ago, when I took an architecture tour of the area, I was told by the guide that this garage/apartment was designed by Frank Lloyd Wright. It sure looks like it (note the resemblance to the Heller House): 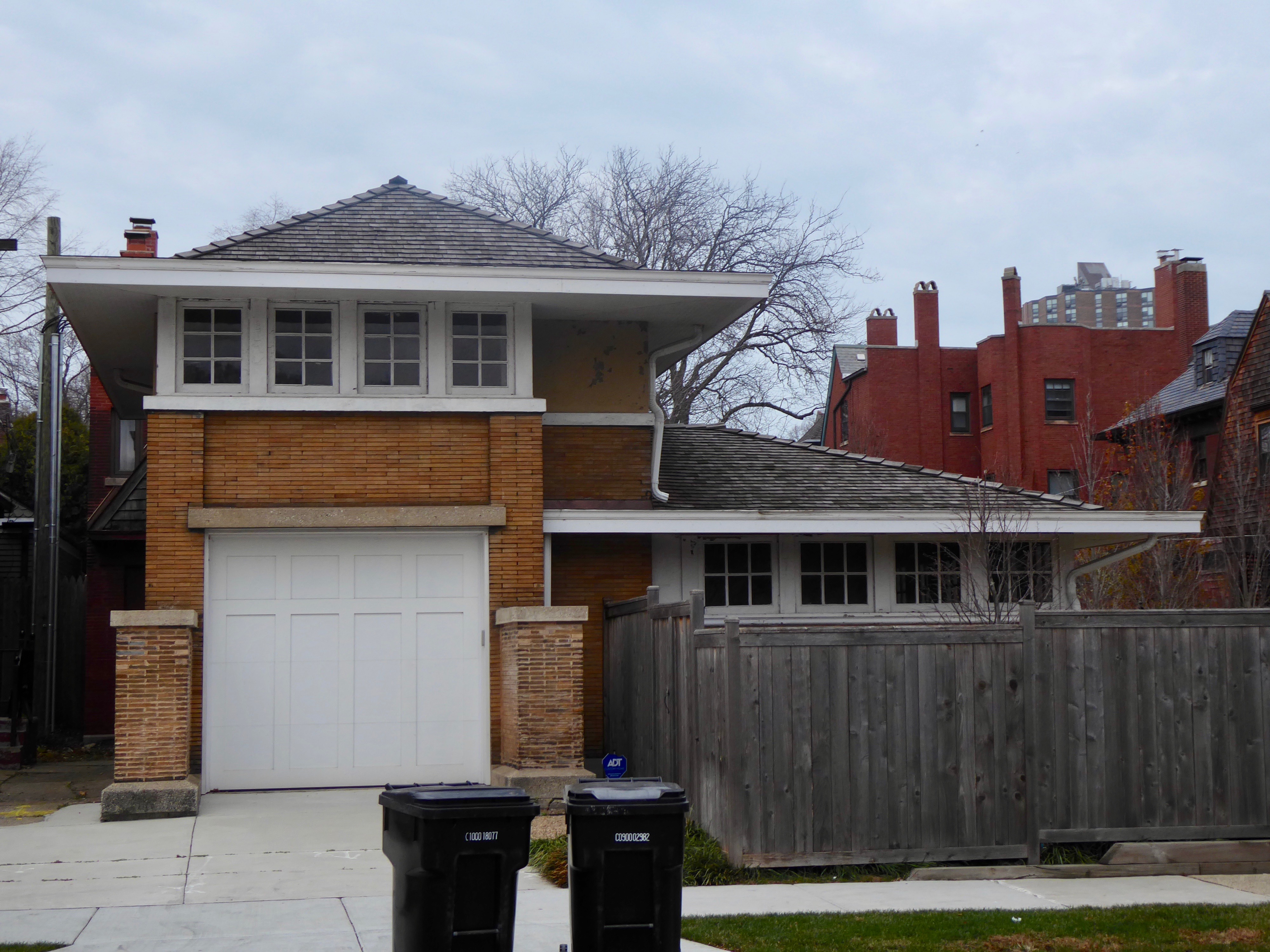 Other houses in the area: 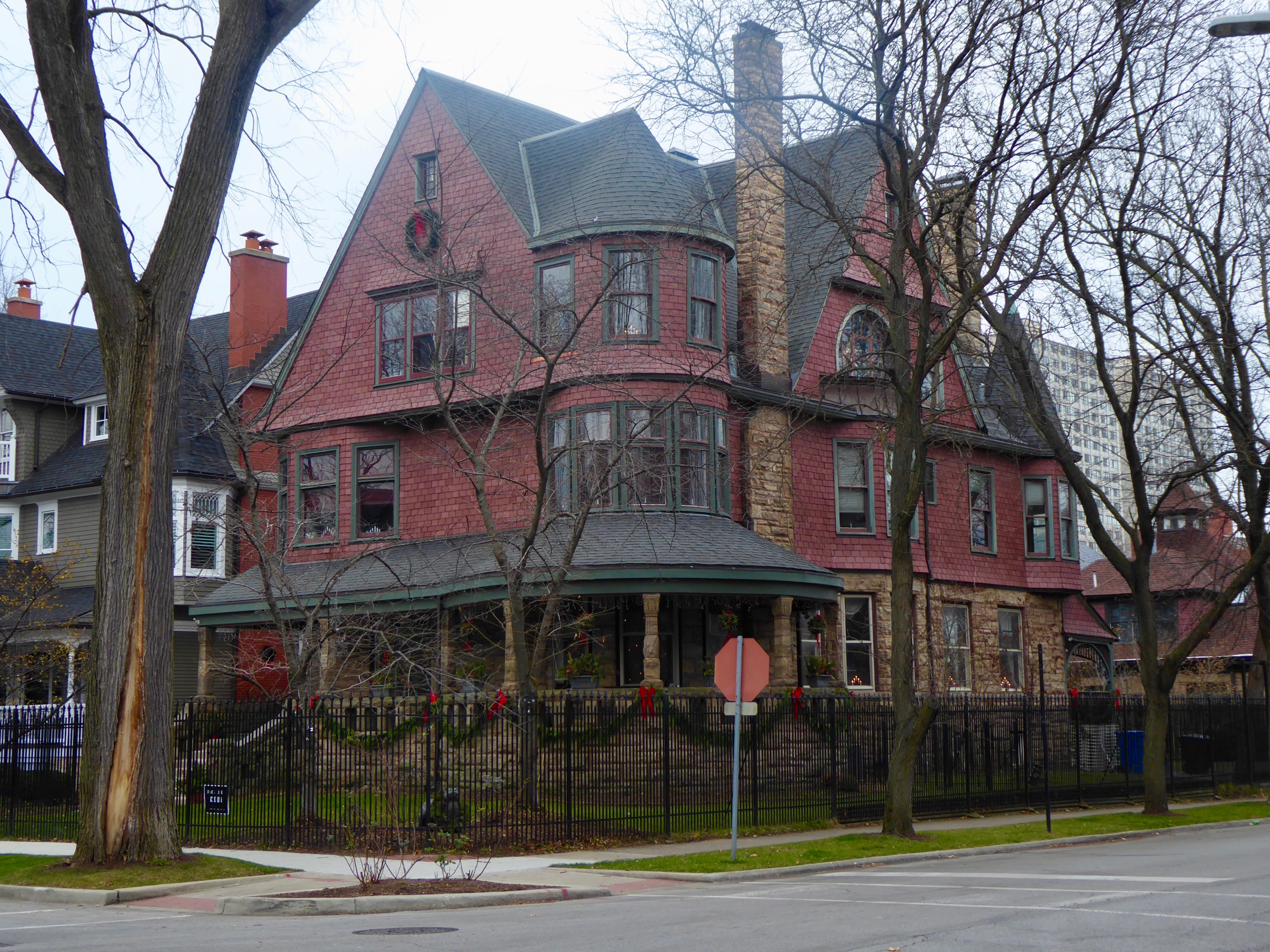 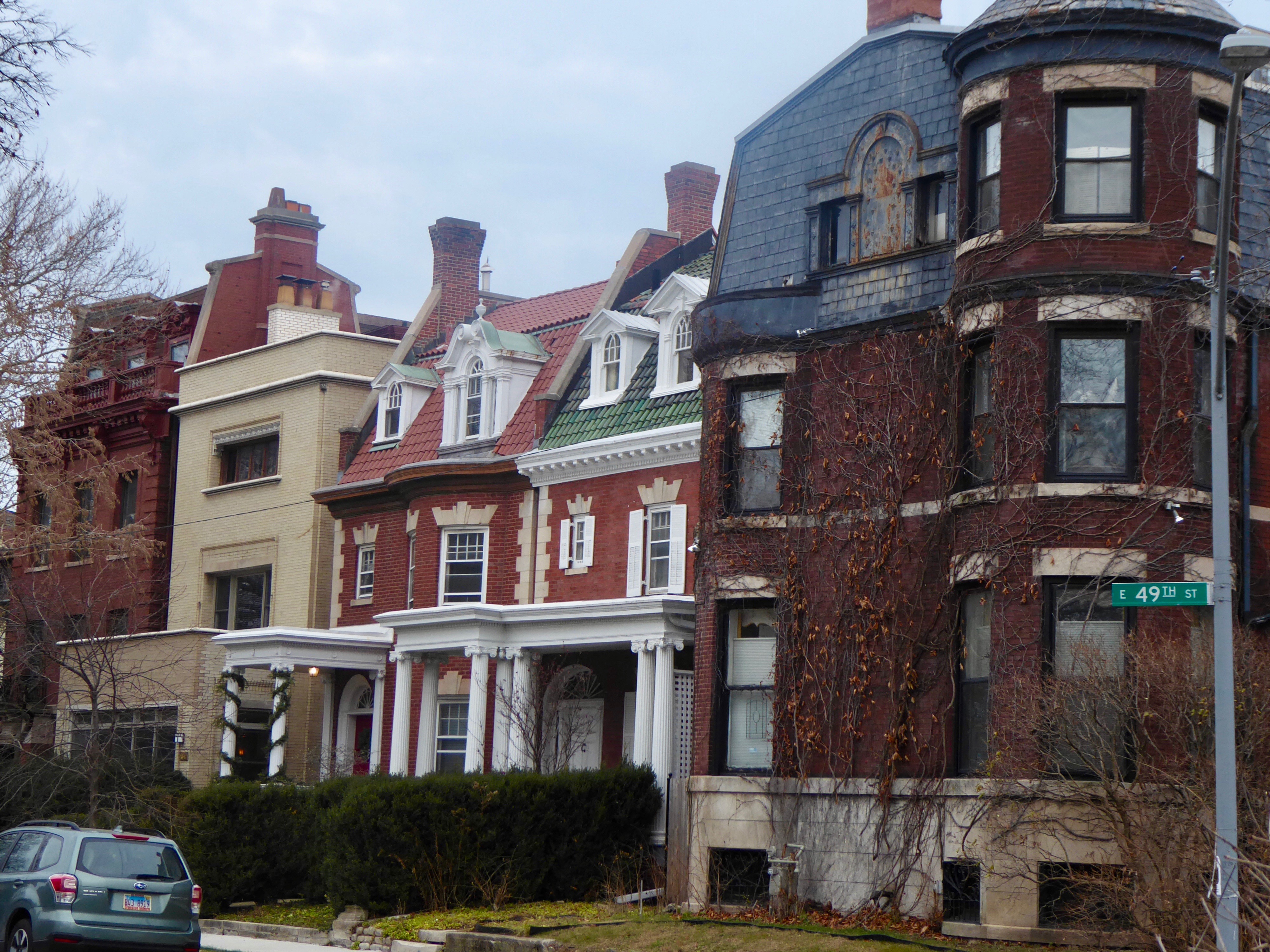 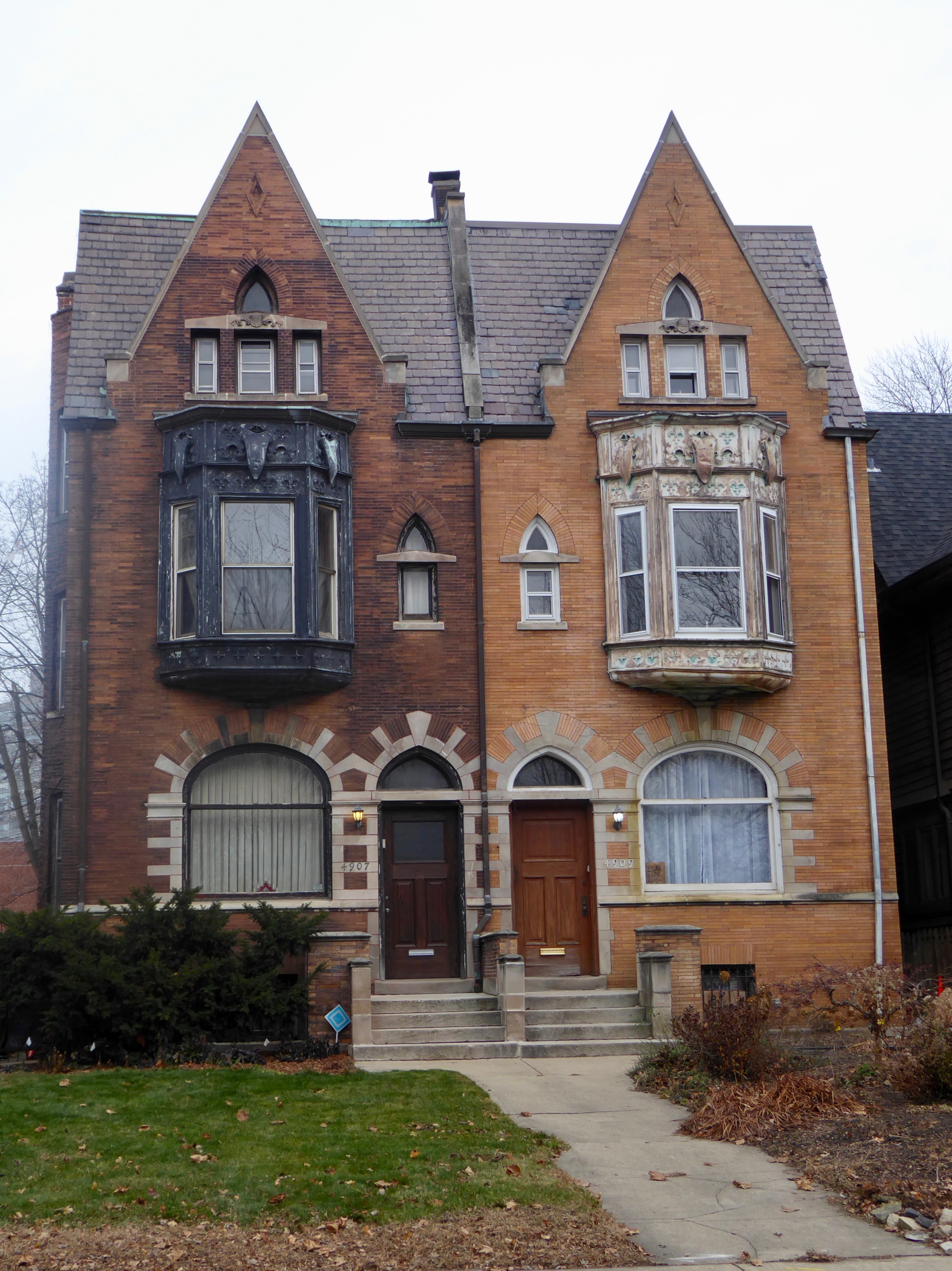 These wealthy homeowners have covered all the bases save for being anti-capitalist! Is this virtue signaling or “starting a conversation”?

I think the “Science is real” slogan really means, “the findings of science are real.”  And no, love doesn’t always win, though one wishes it did! 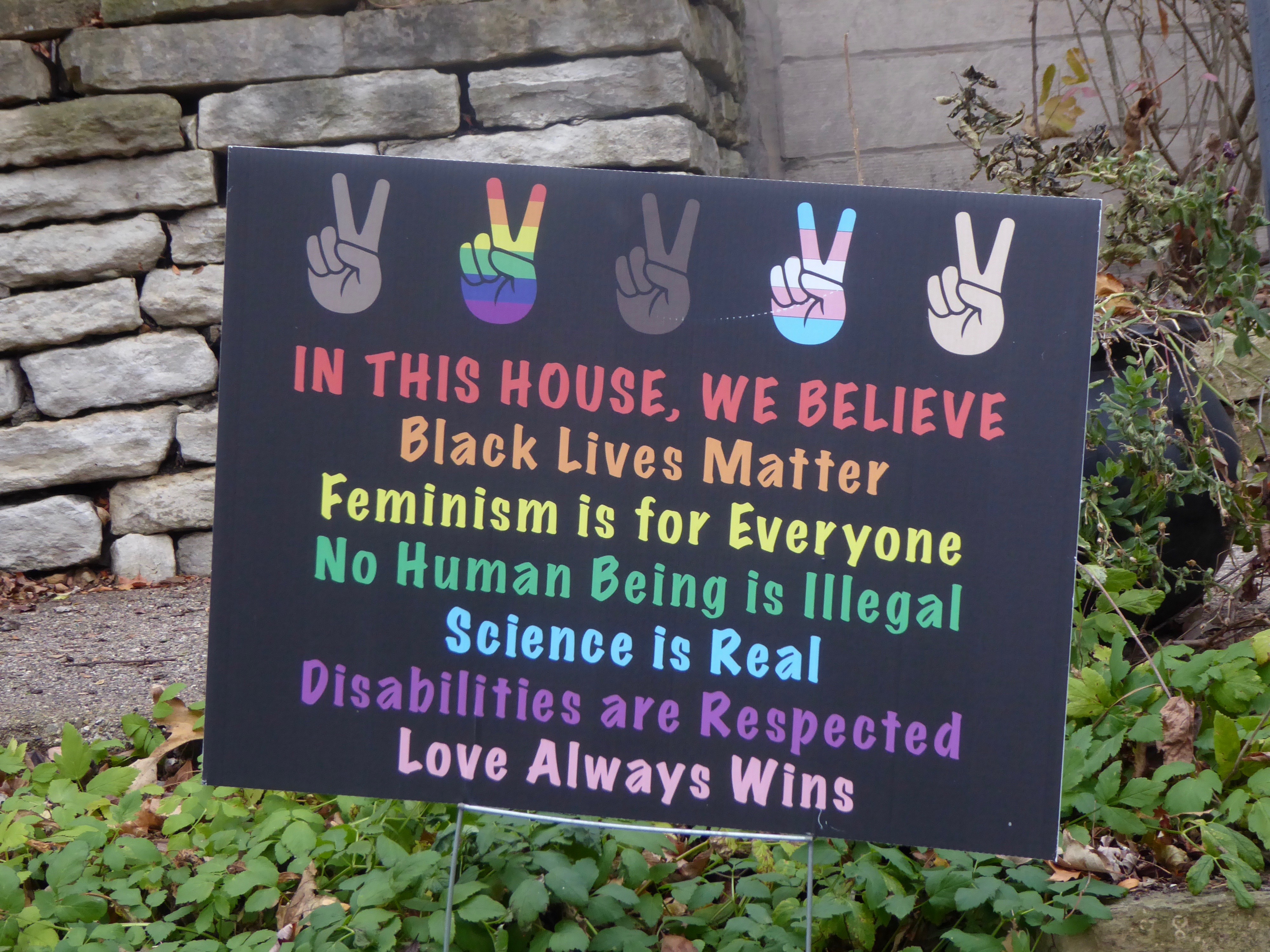 And I can never forego a selfie when I see a traffic mirror: 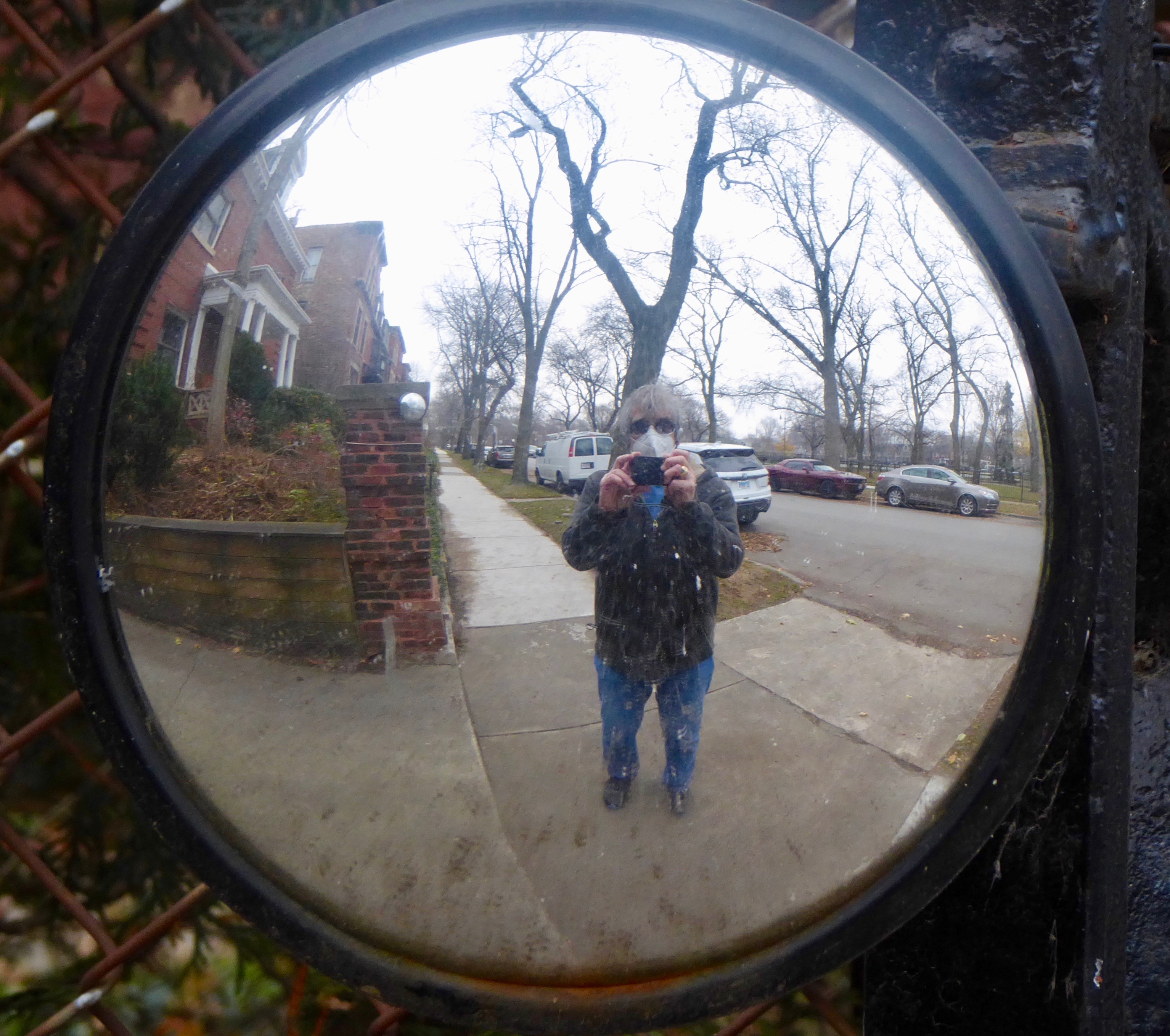 34 thoughts on “A walk through Kenwood”