The first paper below is five years old, but I just read it yesterday because it’s a remarkable example of mimicry. In this case, seeds of a plant in South Africa have apparently evolved a size, shape, appearance AND smell that makes them resemble antelope droppings. Dung beetles, thinking that the seeds are fecal matter, roll them to a safe place and bury them, ensuring that the seeds are protected, dispersed a bit, and get planted. The paper, from Nature Plants, is below (click on screenshot), the pdf is here, and the reference is at the bottom. (If the article is paywalled, a judicious inquiry will yield it.)

This is one of the very few examples in which plant seeds have evolved to deceive animals, either physically or chemically, and in which the plant benefits but the animal loses. This is, in fact, the evolution of a plant that parasitizes an animal.

Here’s a later paper (2016) from the South African Journal of Science with a free pdf (click on screenshot): 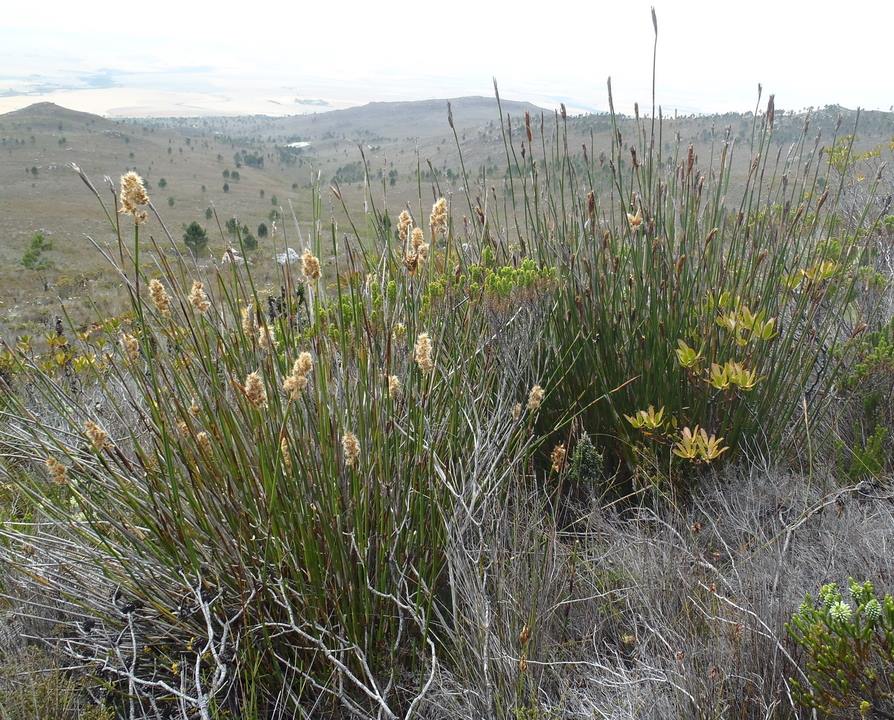 Unlike seeds from other plants in the family Restionaceae—which are normally pretty flat, with a smooth, dark seed coat as well as elaiosomes (fleshy bits that are edible to ants, who carry the seeds to their nest, feed the elaiosomes to their larvae, and then discard the rest of the seed, which thereby gets dispersed)—C. argenteum has a “rough tuberculate and brown outer seed coat” which, to the authors’ noses, “has a pungent scent similar to herbivore faeces”.

Below: what the seed looks like (a-c) in contrast to other seeds in the area (h-j). (g) shows the dung of an antelope (a Bontebok). Note that the C. argenteum seeds are about the size and shape of the Bontebok dropping, and are round to facilitate rolling. Dung beetles roll balls of dung to a nearby location, bury them, and lay an egg with the dung so its larvae can feast on the feces. The beetle observed burying seeds was Epirinus flagellatus.

And the dung-maker, the small antelope most common in the area (80-100 cm or 31-39 inches at shoulder): the bontebok, Damaliscus pygargus pygargus. 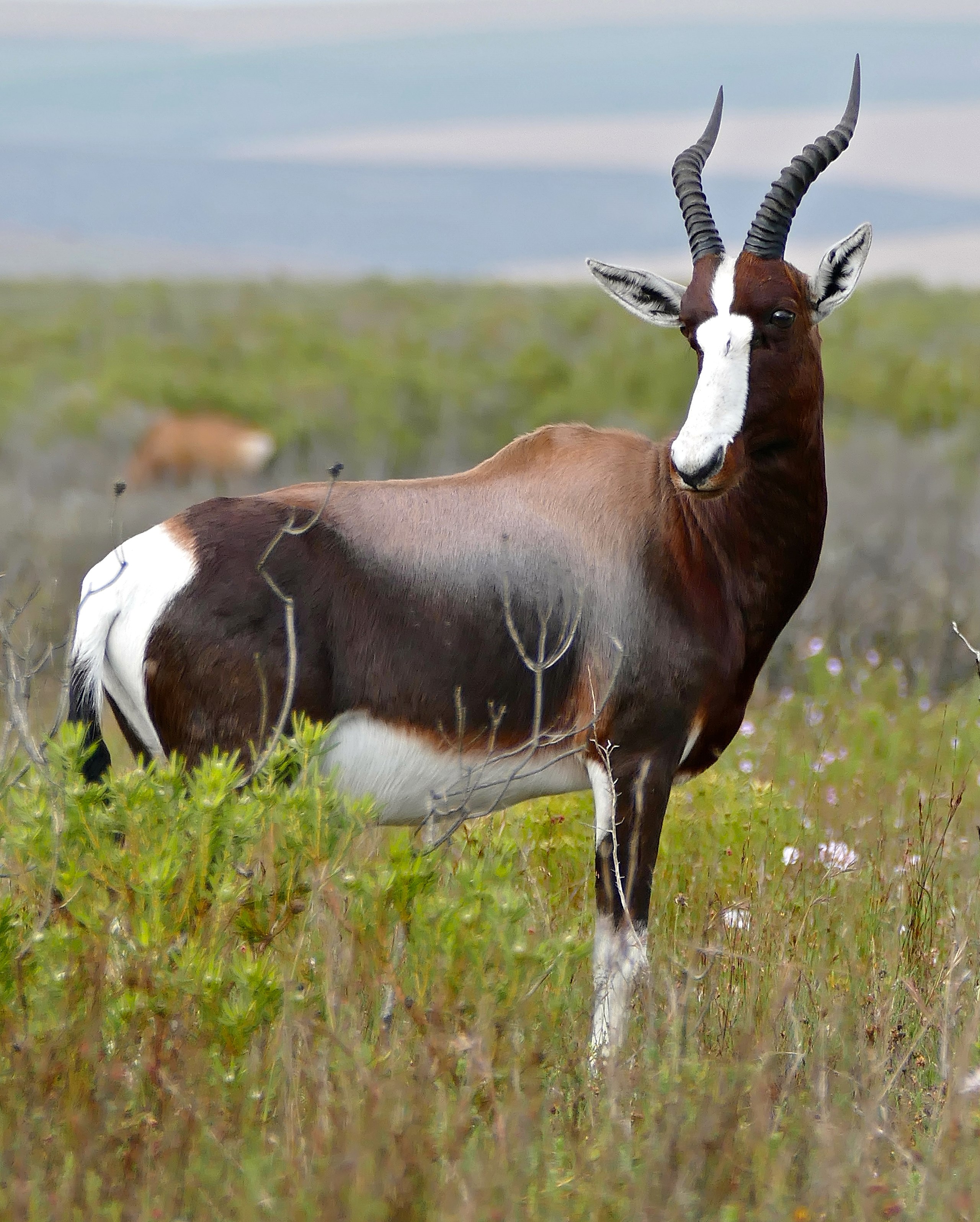 The authors hypothesized that the size and smell of the C. argenteum seeds would facilitate them being buried, and so they put out seeds along with some camera traps.  They observed four-striped grass mice (Rhabdomys pumilio) eating husked seeds but never burying them.  In contrast, of 195 seeds put out after a rain (when dung beetles are active), at least 55 were buried (they used fluorescent threads to mark the seed paths).

In no case did the buried seeds have a dung beetle egg on them, so the beetles were first fooled, and then realized that something was wrong—but only after they had rolled away the seeds and buried them.

As I noted above, resembling dung to fool beetles is a good way to perpetuate your genes, as you get dispersed, protected by the soil from mice, and buried (planted). Further, C. argenteum plants can’t re-sprout after a fire, and thus the persistence of plant genes depends on a way to escape fire—by getting its seeds buried! For many reasons, then, selection might favor the seeds resembling dung, and because beetles detect dung by its odor, you’d want to smell like dung, too. The dung beetles are simply dupes, doing a lot of work and not getting anything out of it.

Here’s a two-dimensional plot showing the resemblance of the C. argenteum seed volatiles to dung volatiles; note that other seeds (green triangles) don’t have dung-like profile of volatiles:

In the second paper, the authors observed another dung beetle, Scarabaeus spretus, burying the seeds, flying rather than crawling to the piles of seeds put out. (It’s clear that odor rather than appearance is a major attractant, and one S. spretus flew directly into a paper bag of seeds!) This species moved seeds only about a quarter of a meter, while E. flagellatus could move them up to 2 meters away from the pile. (As you see, the dispersal is quite limited!) Here’s a figure showing beetles of both species rolling away the seeds and burying them:

Further, the bontebok eats different kids of grasses from the eland (Taurotragus oryx), a larger species shown below, and the different species of grass have different ratios of nitrogen and carbon isotopes. By looking at the isotope ratios in the beetles (whose juvenile stages eat the dung), and in the antelope dung itself, the authors found that the ratios of the dung beetles (green diamonds and purple triangles) resemble the dung of the eland (light blue triangles) more closely than the dung of bontebok (red circles), as shown in the diagram below.

Conclusion: the dung used by both species of beetles is likely to be from eland rather than from bontebok. But as the authors showed above, the volatiles of both antelope dung are pretty similar, and still resemble the volatiles of the seeds. 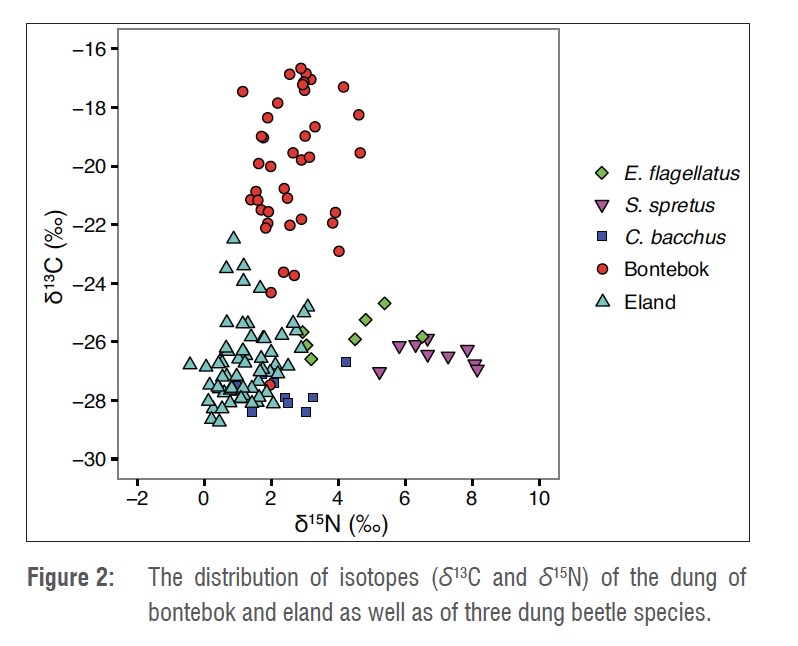 The one puzzle is that the size of C. argenteum seeds are more similar to that of bontebok droppings than to eland droppings. Being much bigger, elands have larger scat—about twice as big. But since dung beetles can form smaller balls out of larger droppings, and because it may be too onerous for the plant to produce a seed twice as large as it does, this may not be a problem. 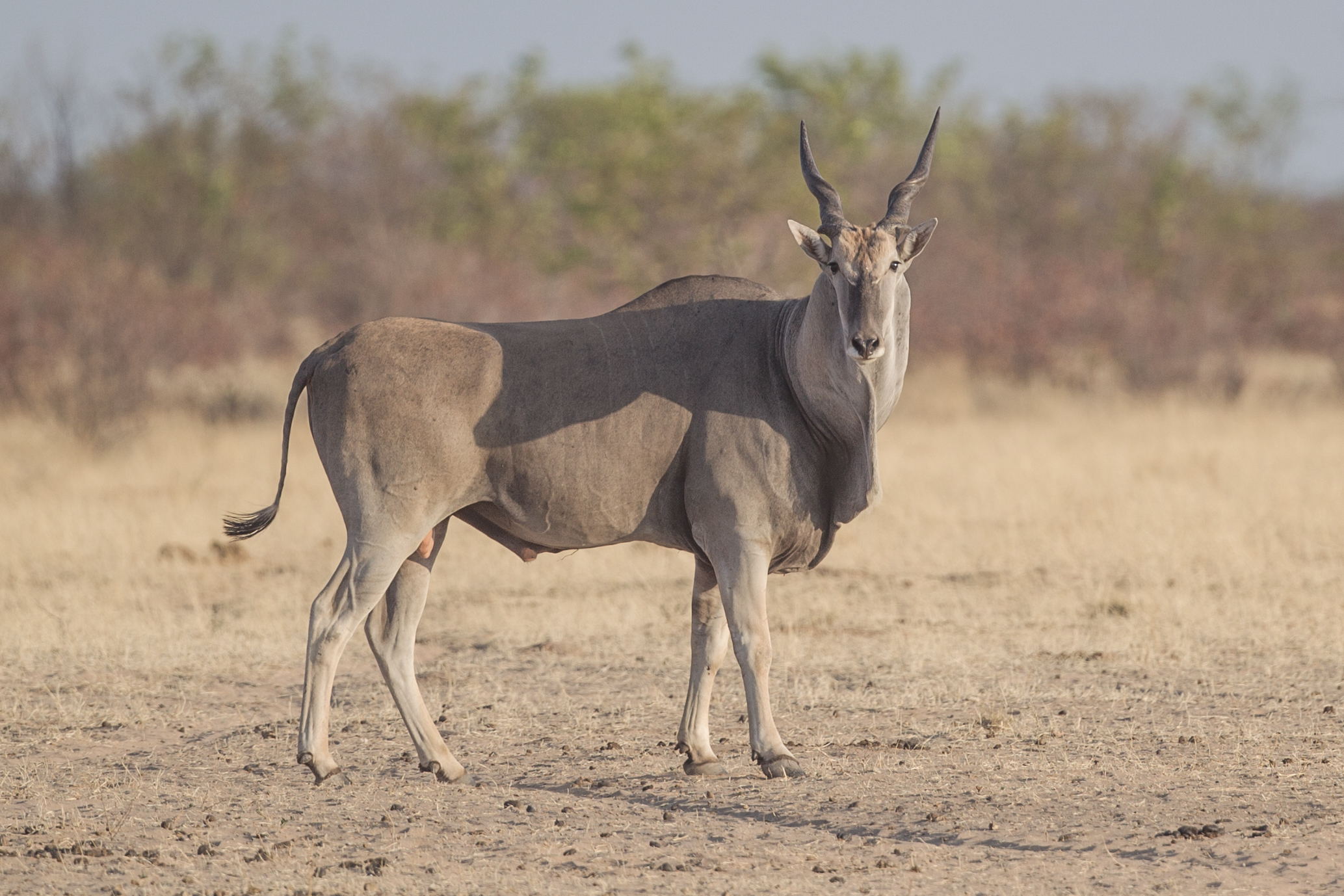 So we have mimicry here that deceives the beetle, who comes to its senses only after it rolls away and buries a seed. In this case it doesn’t adhere to the Who’s dictum, “Won’t get fooled again.” It would be interesting, though, to do lab experiments with dung and seeds to determine if beetles eventually learn to avoid rolling and burying these mimetic seeds. It’s a lot of effort for nothing, and the beetle “knows” it since it doesn’t lay an egg on the seed.