It’s Thanksgiving Day in America: Thursday, November 26, 2020, and National Cake Day. Here’s are some amazing cakes made by a tattoo artist:

These cakes are something else by tattoo artist Ben Cullen. Too good to eat. 😮#bencullen #cake pic.twitter.com/X5ryadCVPz

It’s also Unthanksgiving Day, also known as The Indigenous Peoples Sunrise Ceremony, described as “a yearly event that takes place on Alcatraz Island in San Francisco Bay. Coinciding with the National Day of Mourning in Massachusetts and a counter-celebration to Thanksgiving Day, Unthanksgiving Day honors indigenous people and promotes their rights. It commemorates the survival of indigenous people after the European colonization of the Americas and honors their resistance through the centuries.” Finally, it’s Turkey-Free Thanksgiving, and, truth be told, turkey is an awfully bland dish. Give me a ham, a pork roast, or roast beef! Better yet, rib tips!!!

Well, we all know about this pardon; how many other undeserved and self-serving pardons will we see before January 20?

It is my Great Honor to announce that General Michael T. Flynn has been granted a Full Pardon. Congratulations to @GenFlynn and his wonderful family, I know you will now have a truly fantastic Thanksgiving!

Diego Maradona died; the soccer legend was only 60 years old, but suffered a heart attack (he had abused cocaine earlier in his life, had other health problems, and was overweight). He was a very great player, and two of his goals (below) were notable—one “infamous”, as the video below notes, but the other deservedly famous. Both were scored in the same game: the quarter-final of the 1986 World Cup, when England played Argentina. The “hand of God” goal was clearly an illegal handball

"He had such an incredible passion for the game."

"I've never seen anyone have such a beautiful affection with a football."

And a lovely story that sums up his genius ❤️ pic.twitter.com/ztAhYyNFIs

For a video of Maradona training in the mud (and doing some incredible dribbling and shots), go to this Facebook video (h/t: Jez)

Stuff that happened on November 26 includes:

Here’s a view of the tomb when it was opened in 1922 (it had been plundered at least twice previously):

This needs no introduction: 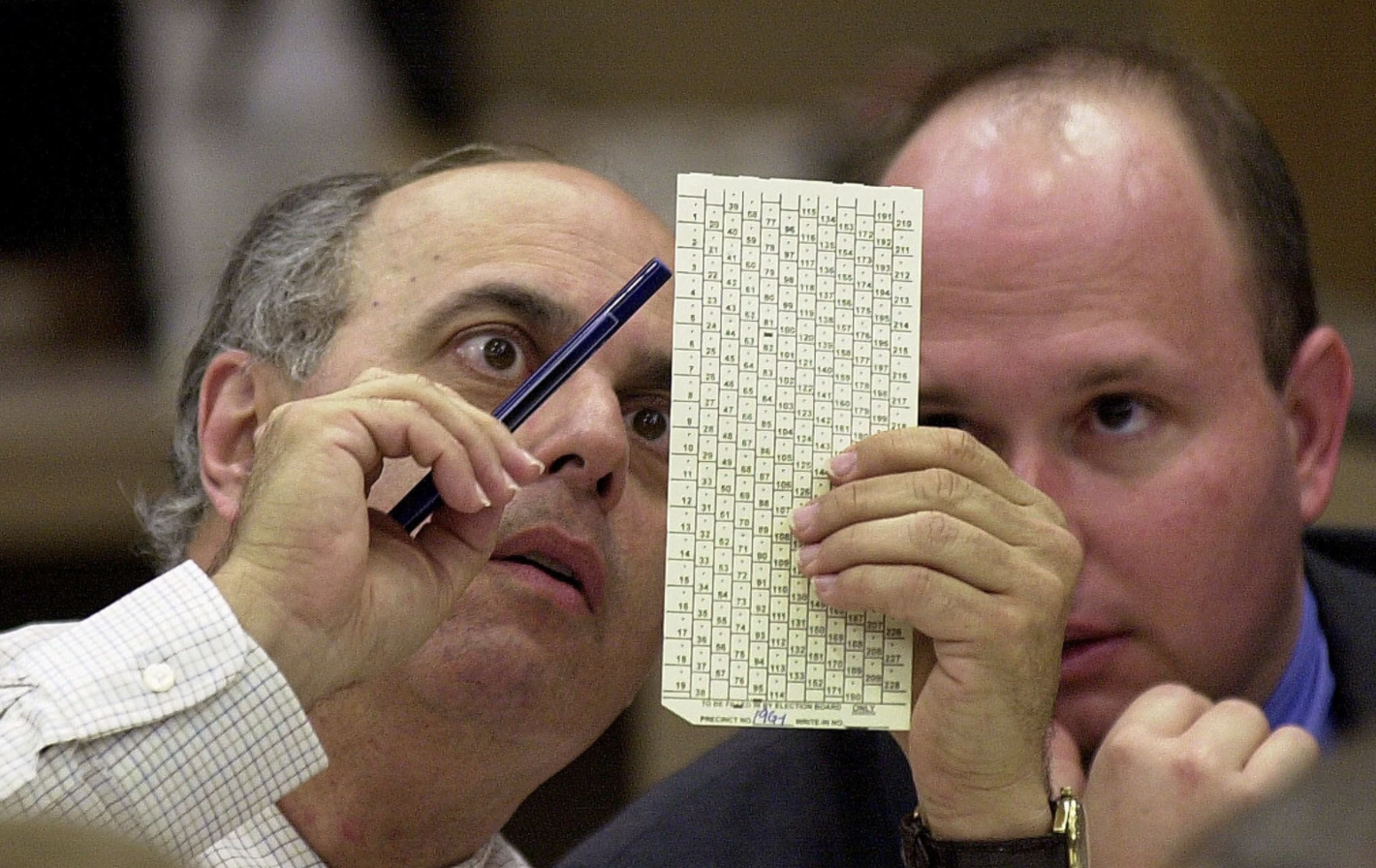 Here’s one that was still alive: 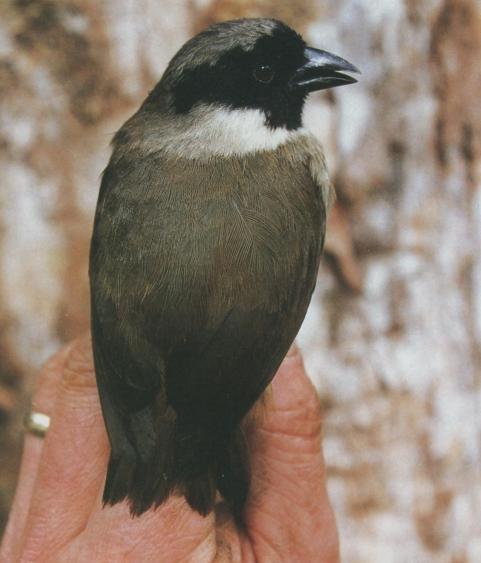 Now that the cartoons in the New Woker are going downhill, Roz Chast’s work remains a bright light. Here’s one of her pandemic cartoons: 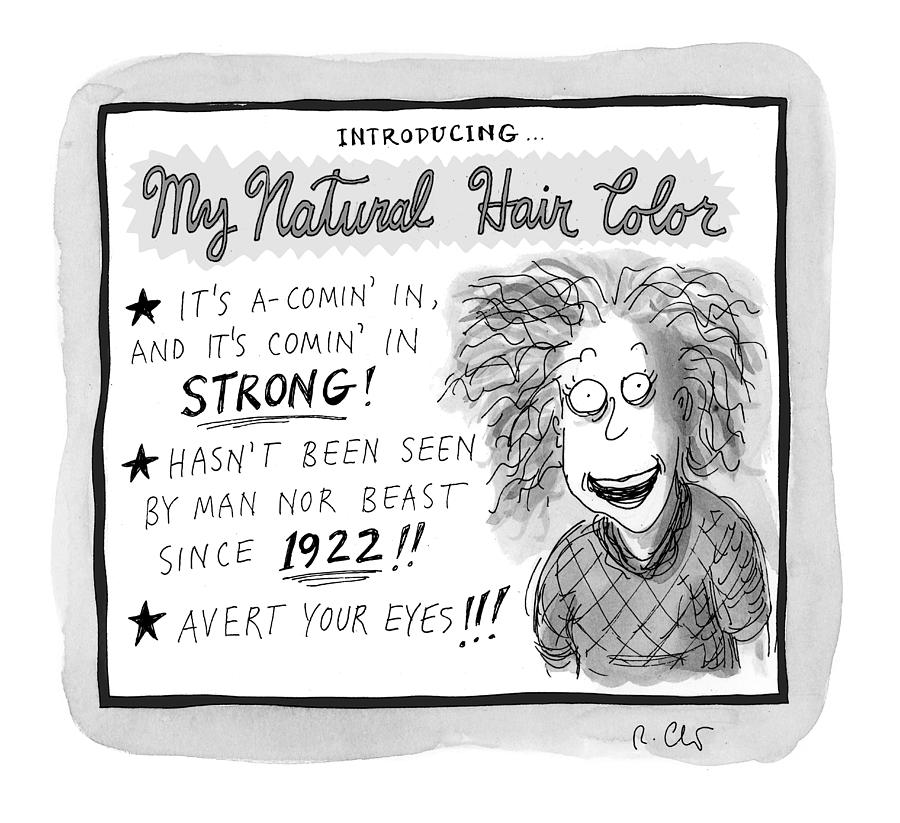 Those who passed away on November 26 include:

Her real name was  Isabella “Belle” Baumfree, she lived to be 86, and was a famous abolitionists and campaigner for women’s rights. Here she is in around 1870: 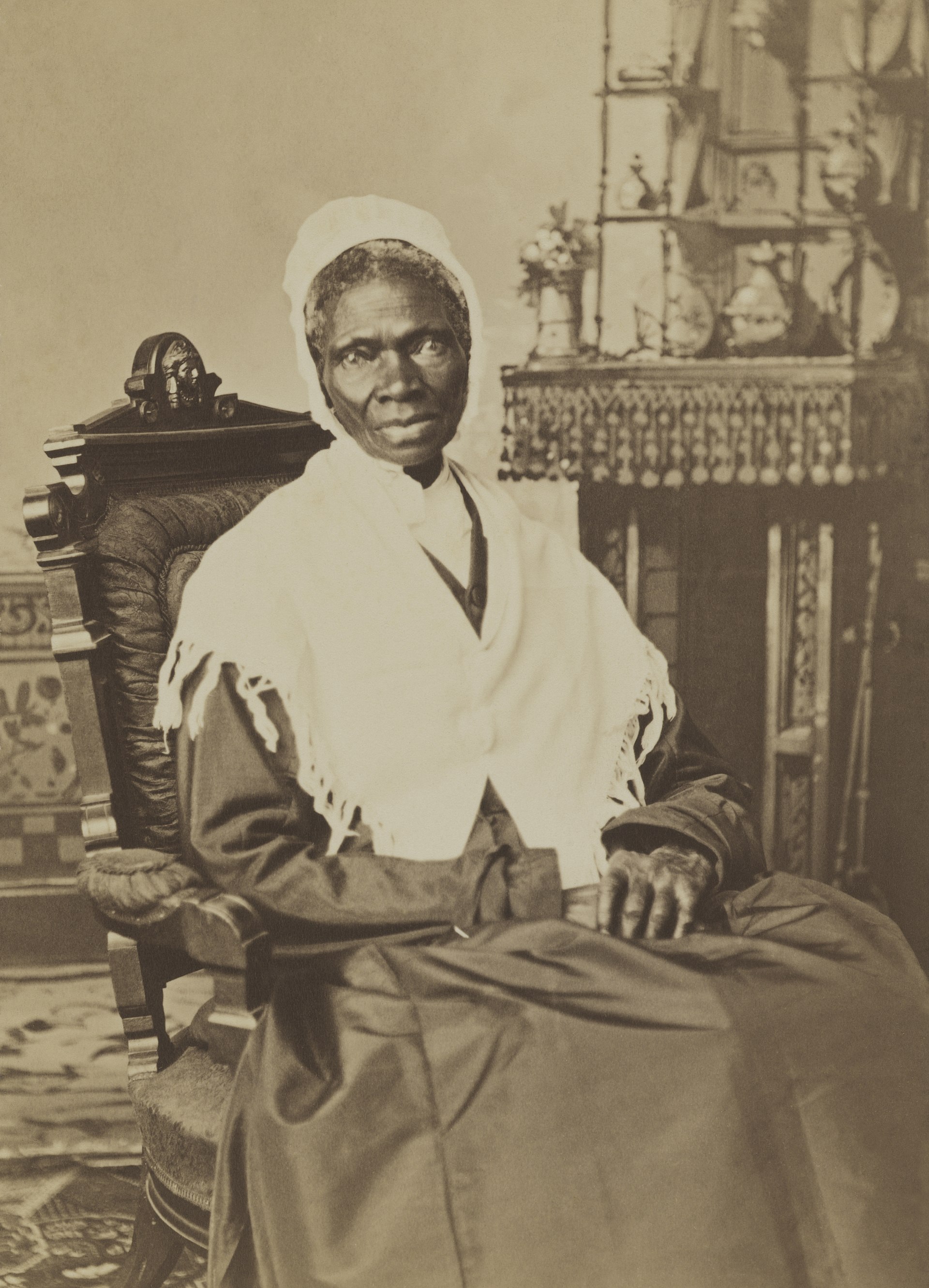 Meanwhile in Dobrzyn, the Hili dialogue is enigmatic. When I asked Malgorzata what it means, she replied, “This dialogue is not easy to explain and it can have many different interpretations, depending on the reader. One of them is that, maybe, it’s better to remain ignorant about how politics and sausages are made.”

Hili: Is it possible to understand all that?
A: No.
Hili, Maybe, it’s just as well. 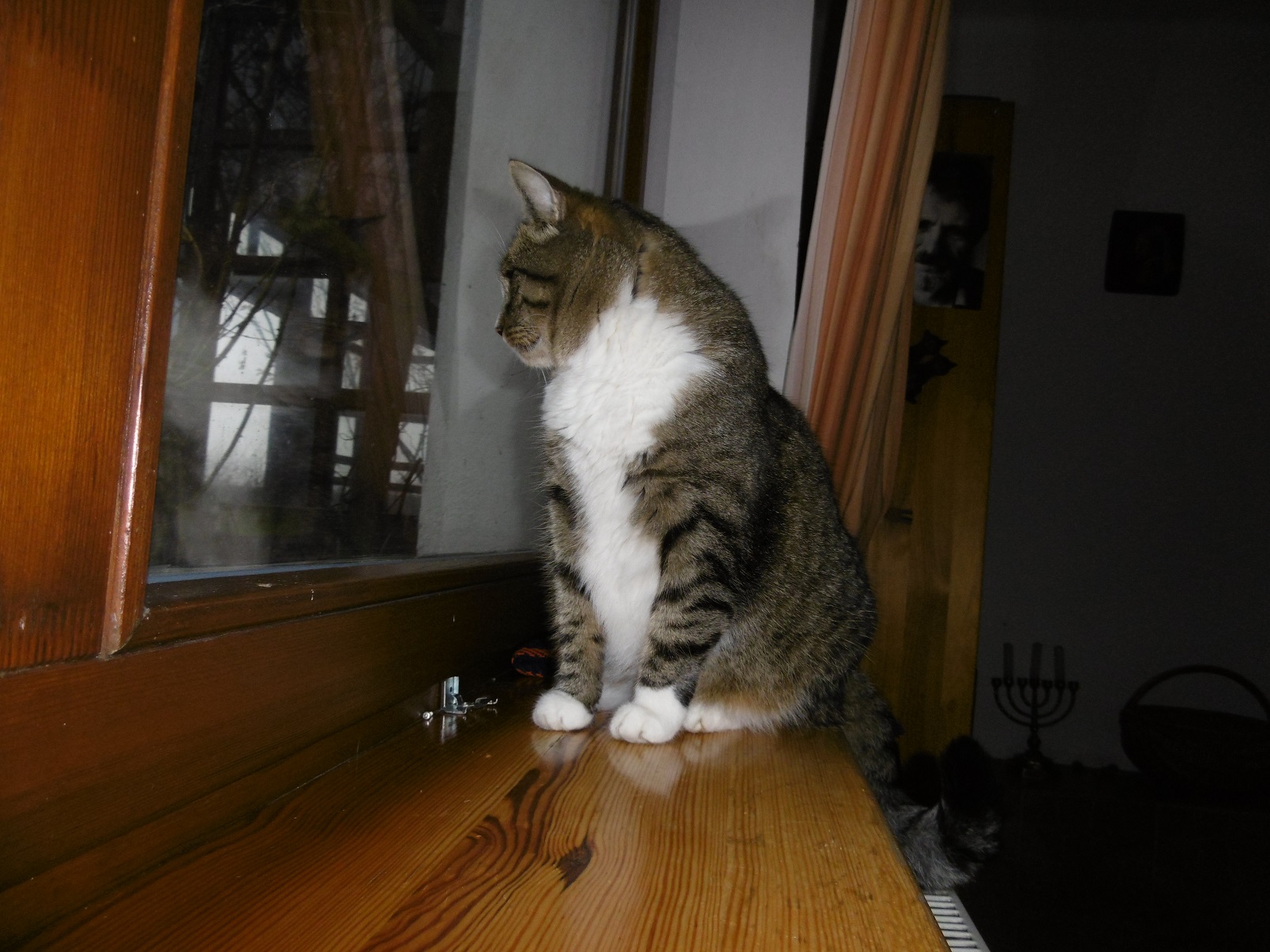 In nearby Wloclawek, teenager Mietek has a question:

Mietek: What are you doing over there?

From Peter N., who saw this license plate on a car in front of a grocery store: 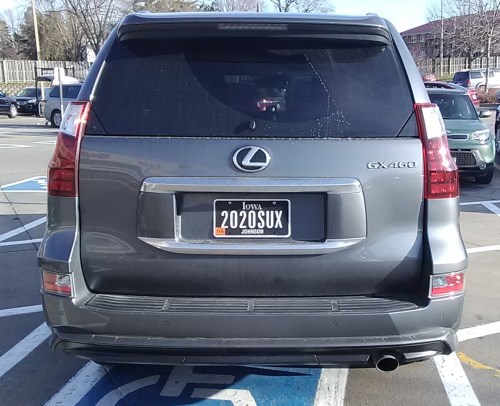 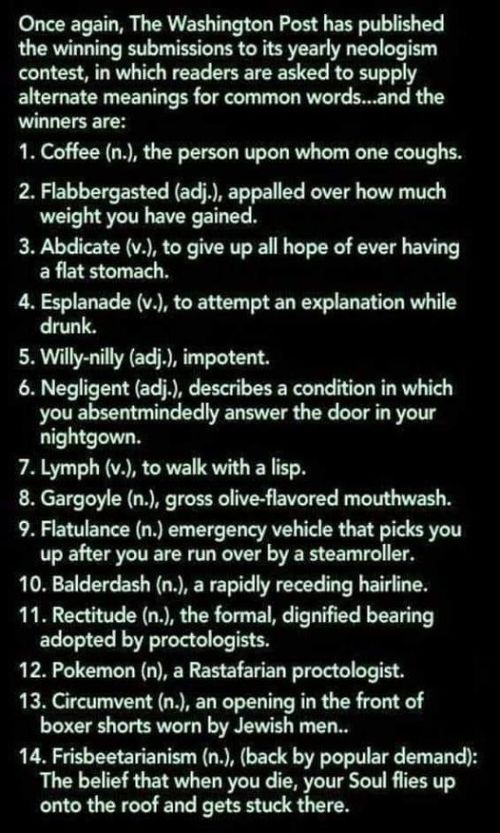 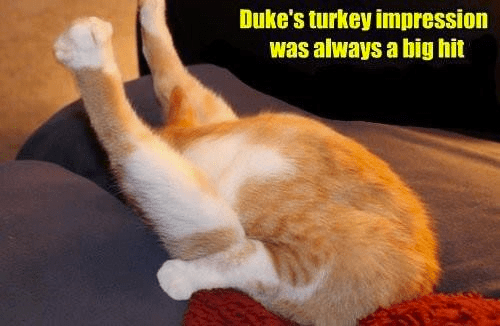 From reader Barry, a comparison between creationism and our “President”:

Creationism is Donald Trump: a heap of lies rejected long ago by everyone who has the barest grasp of facts, but desperately clung to by evangelicals because it’s the linchpin of an imaginary culture war.

If you get your news from a narrow band of right-wing sources, it’s possible to believe that Trump AND creationism are winning. But that just affirms a willingness to hide from threatening information and an UNwillingness to square your views with facts.

From Matthew. Here’s the most wonderful thread I’ve seen on Twitter in a long time: ANIMALS WHO ATE TOO MUCH!

A possum broke into an Australian bakery and ate so many pastries it couldn't move. This is how they found him. pic.twitter.com/FxmK9l3cwo

and now, for no particular reason, I present to you a thread of animals that have eaten themselves into the glorious stupor that is postprandial somnolence pic.twitter.com/ywDGI1vjfv

DUCKLING!  This is the best one, right up there with the pastry-filled possum:

My spirit animal is a food coma duckling. pic.twitter.com/3pDXUusTyG

I don't think any animal does a food coma better than a Lion #wildearth pic.twitter.com/k1ek3lqYmN

Does this look like it's growing/shrinking?
Discrete disk with illusory motion by @onejgordon at our animated illusion research slack (with @eijwat and I) pic.twitter.com/RaSHvxBhPA

And other. As Matthew says in all caps: “NOTHING GROWS OR SHRINKS OR MOVES ITS POSITION HERE. IT’S ALL ILLUSORY”

It's all in the edges of the wheels. Here's another render where I've also removed both the inside and outside edges.

Doing this stops the illusion: pic.twitter.com/Yf1mOhuarZ