The big news at Botany Pond is that they did a lot of gardening work around the pond the last two Saturdays, putting in new sod on Duck Plaza and in front of the stone bench, adding water-loving vegetation to the duck islands and along the banks of Duck Plaza, and putting a lot of new little trees and bushes around the periphery. It looks good, and the ducks weren’t too freaked out. Honey’s still here, too.

The bad news is that Frisky, our beautiful and faithful wood duck, seems to have gone for good. That’s sad for me, but I have to realize that he, like all the mallards, will soon be gone as the cold weather sets in.

In the meantime, here are some photos and videos from about two weeks ago.

Ginger is our first trained duck. As my YouTube notes say,

Ginger is a mallard hen whom we’ve named after Ginger Rogers because of her skills in movement. She’s the only duck we’ve trained to do a trick at Botany Pond. Her trick is this: we call her name and she flies up out of the water onto the edge of the small metal barrier, and then onto Duck Plaza, where she gets a food reward. In other words, she comes when called. The result is that she gets more food than the other hens, as she’s so cute! Botany Pond The University of Chicago, October 12, 2020.

And a still photo of Ginger the Trained Mallard pleading for food. When a hen cocks her head and looks at you this way, it’s impossible to resist feeding her: 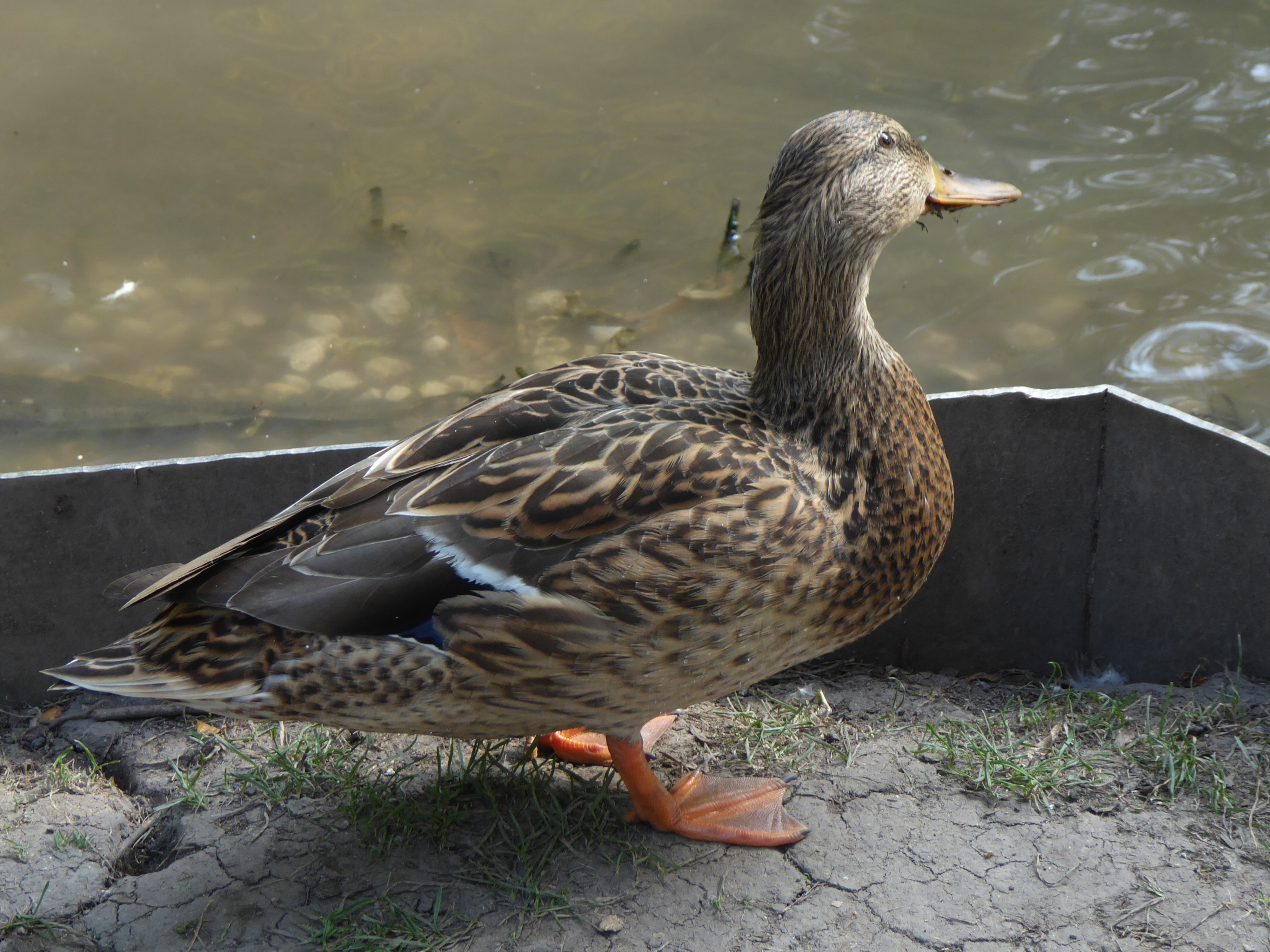 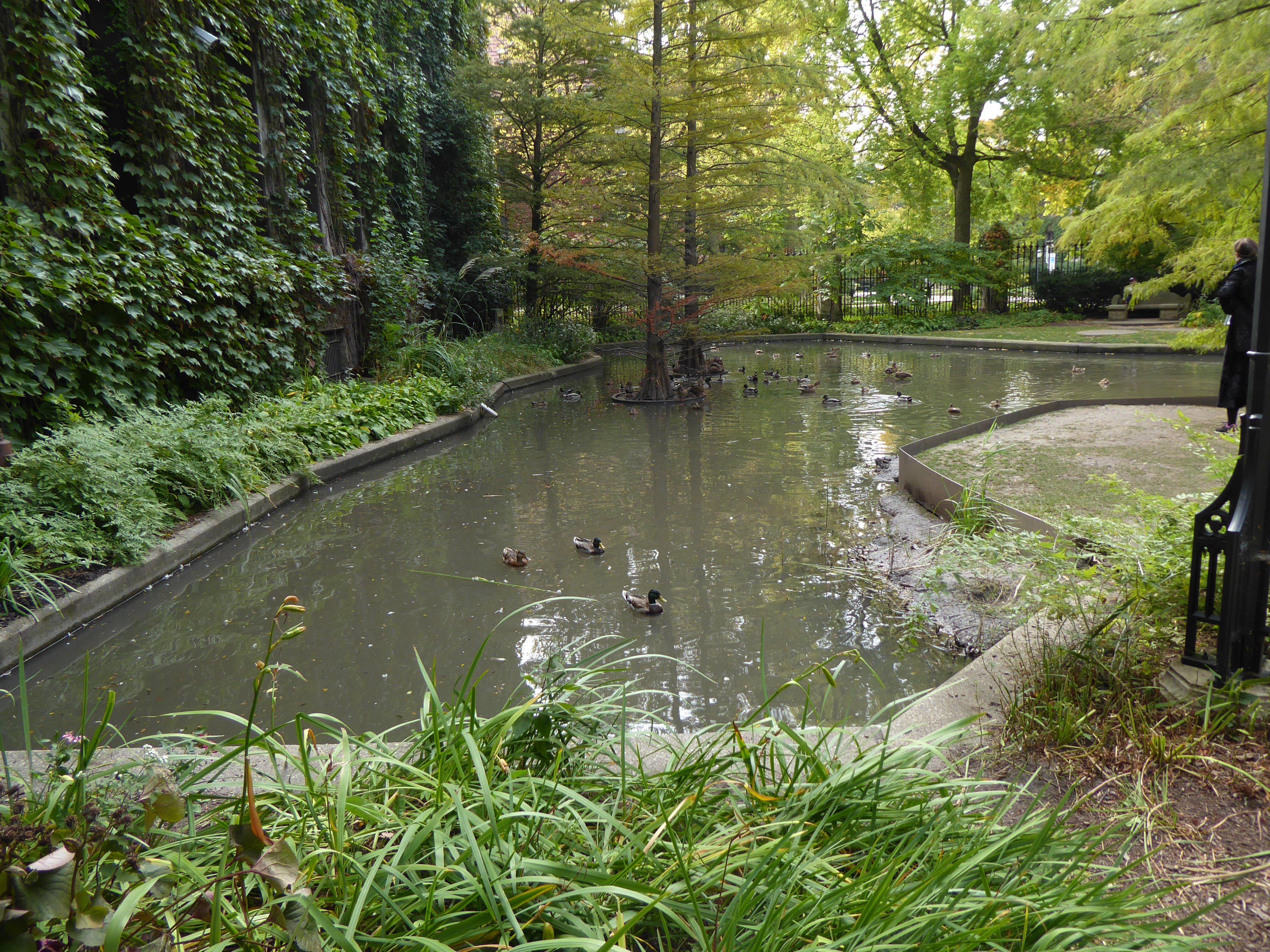 Frisky and his BFF drake, Blockhead, were here for a while, but Blockhead left just as he was developing his male plumage (you can see the “greening up” below). Frisky left two days ago. (I’m hoping against hope that we’ll see him again.)  Here they are on October 12, swimming around together, as they often did. 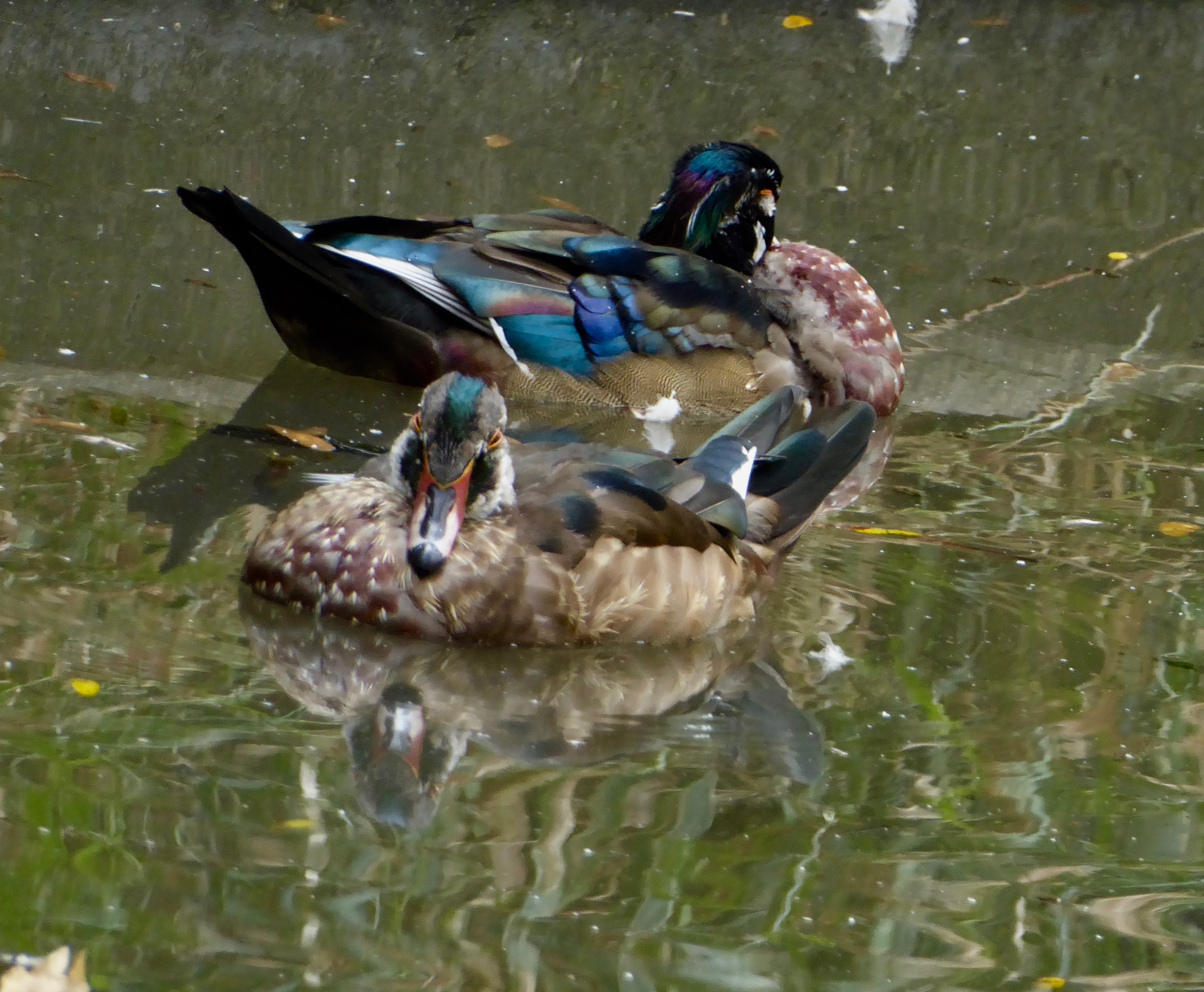 They also liked to occupy South Duck Island together, though Frisky took possession of the highest point, the Sacred Knob (a cedar “knee”): 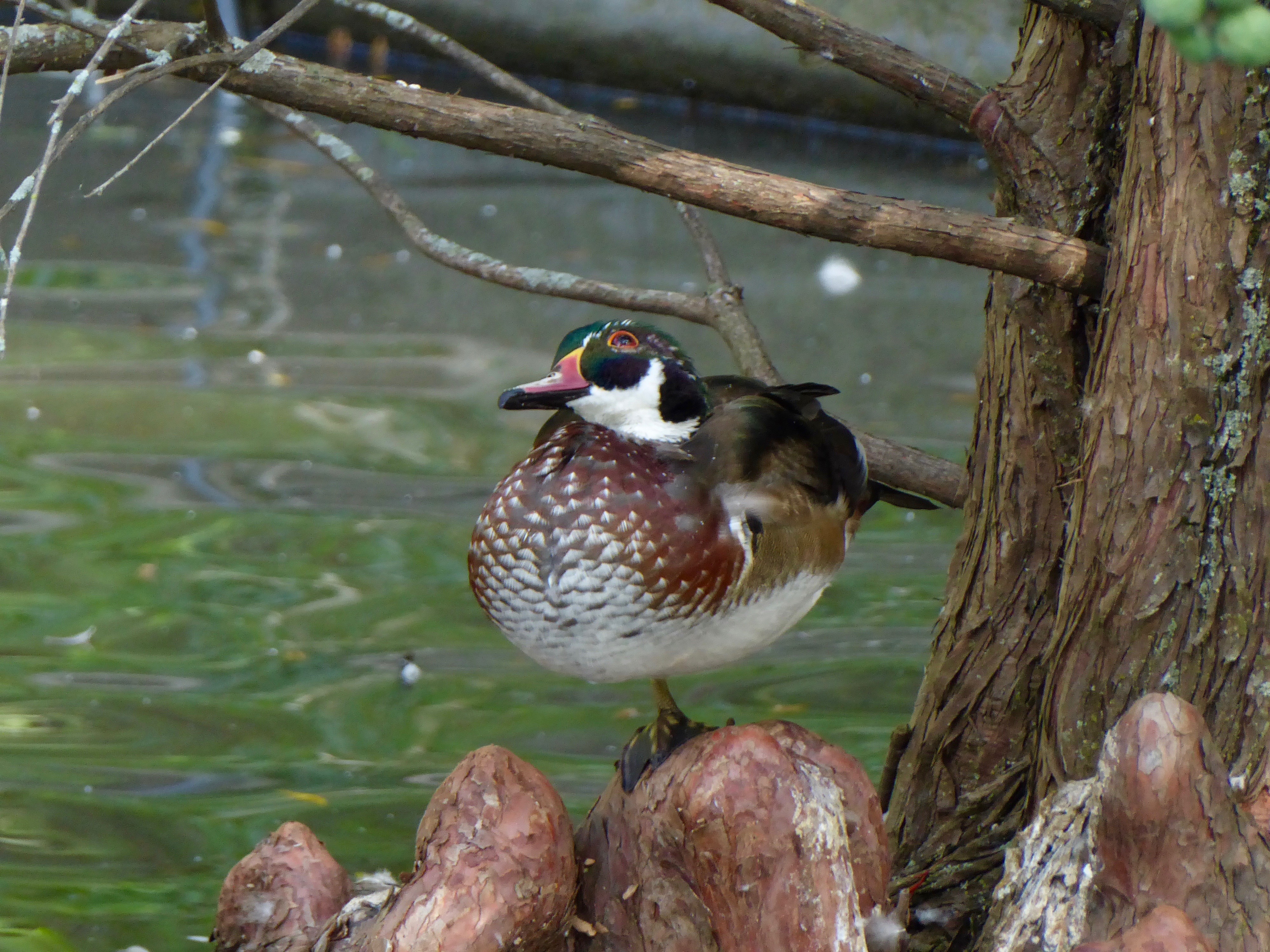 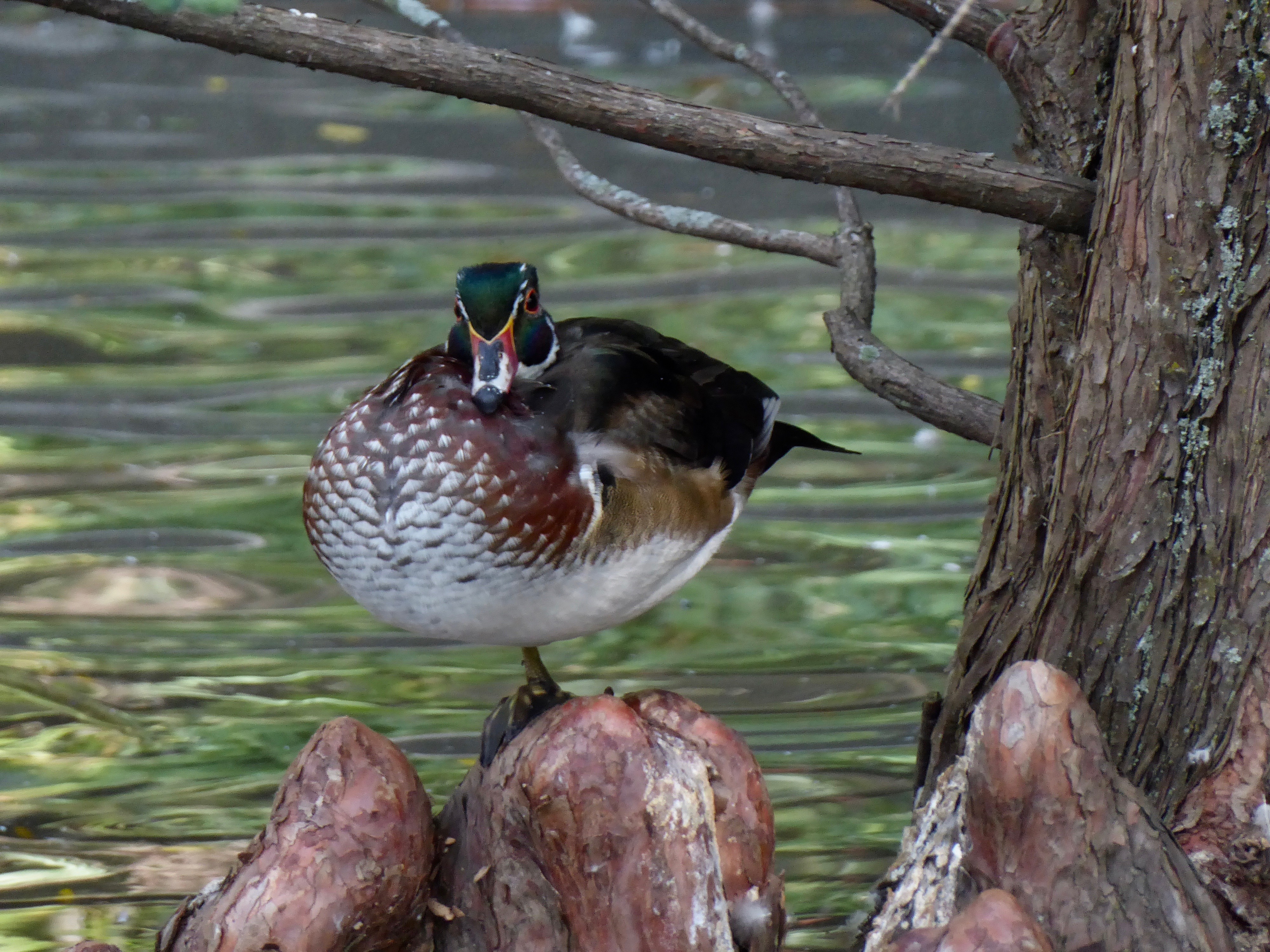 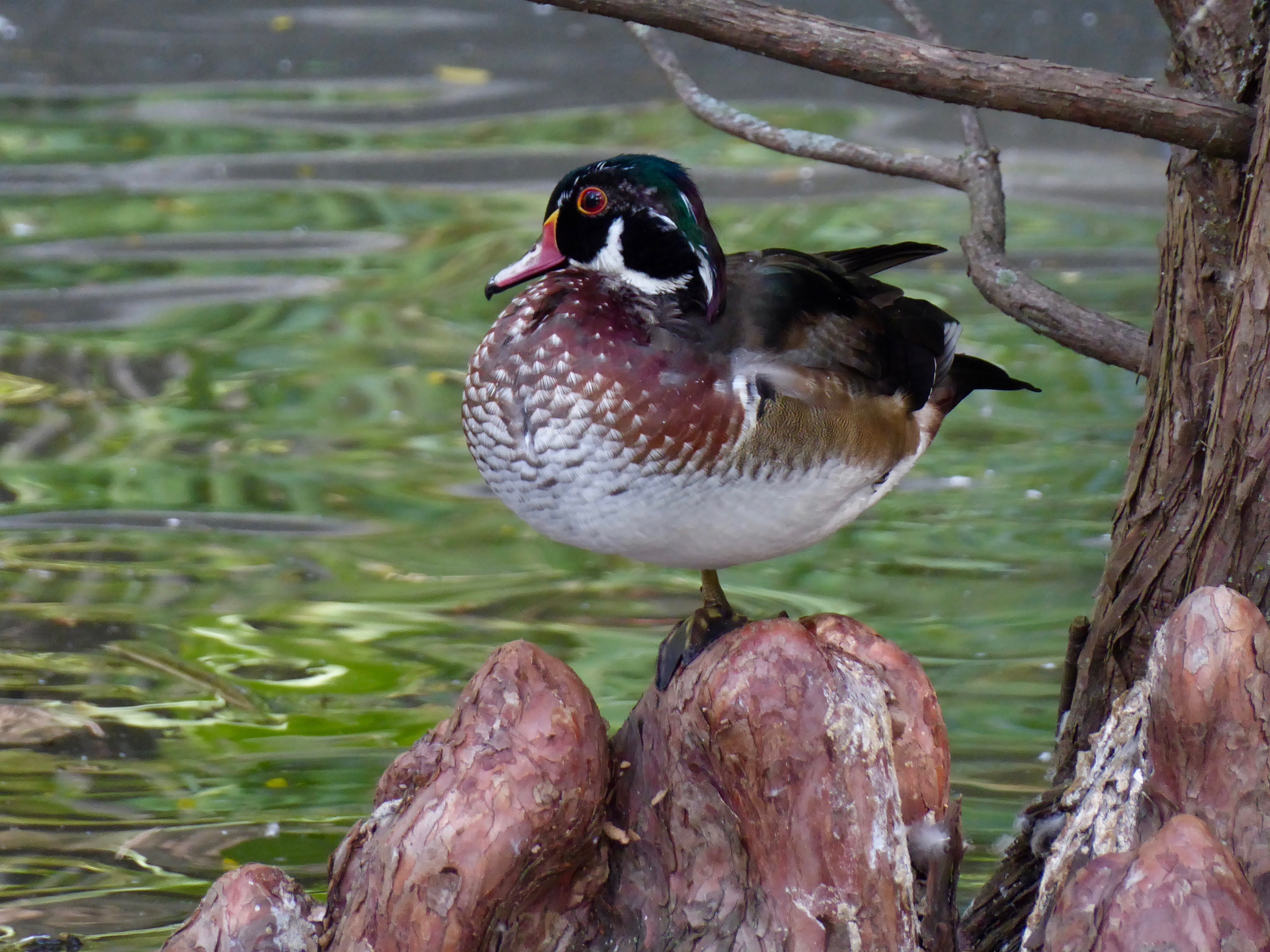 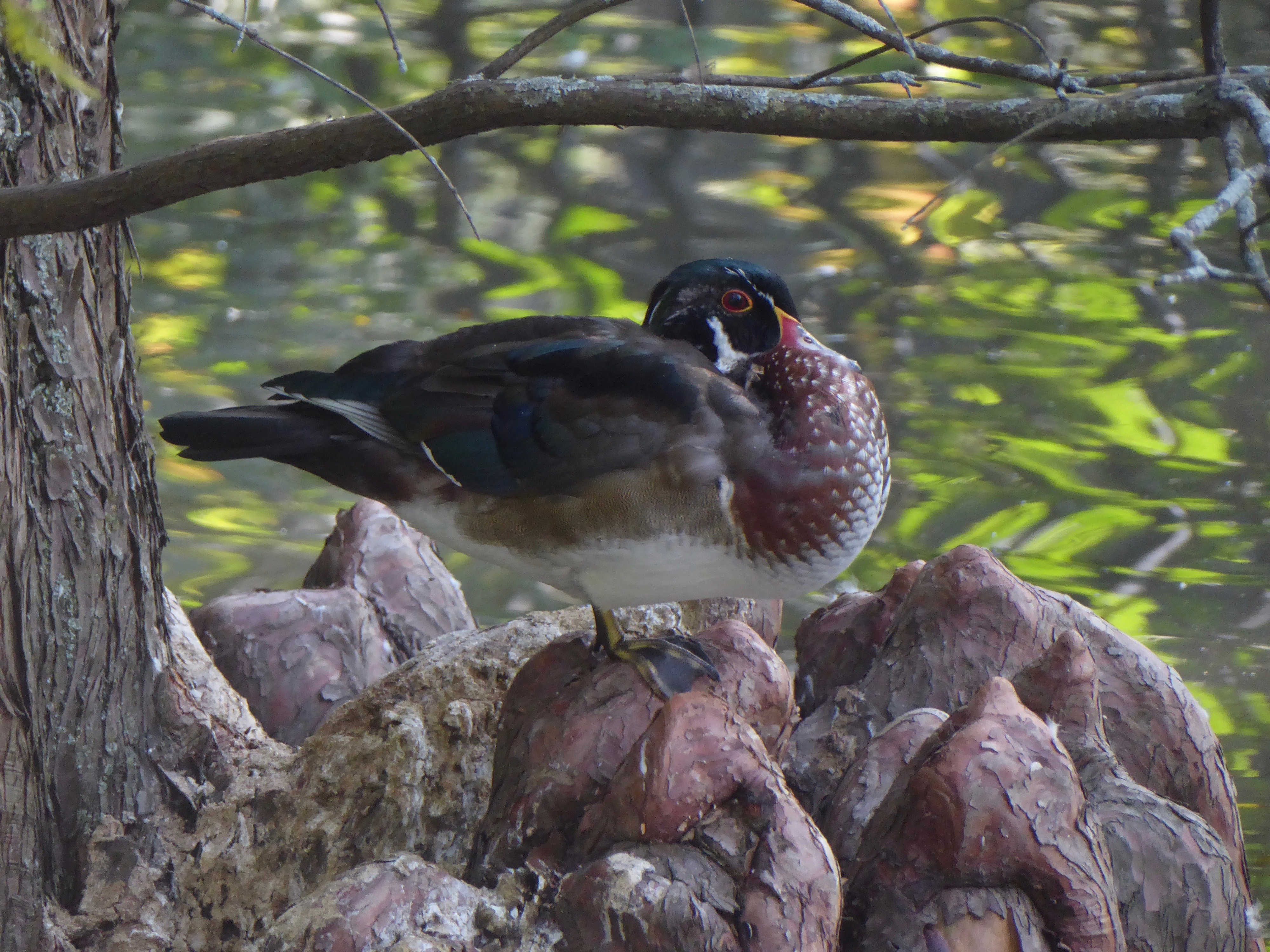 Frisky’s on the Sacred Knob. Can you spot Blockhead? 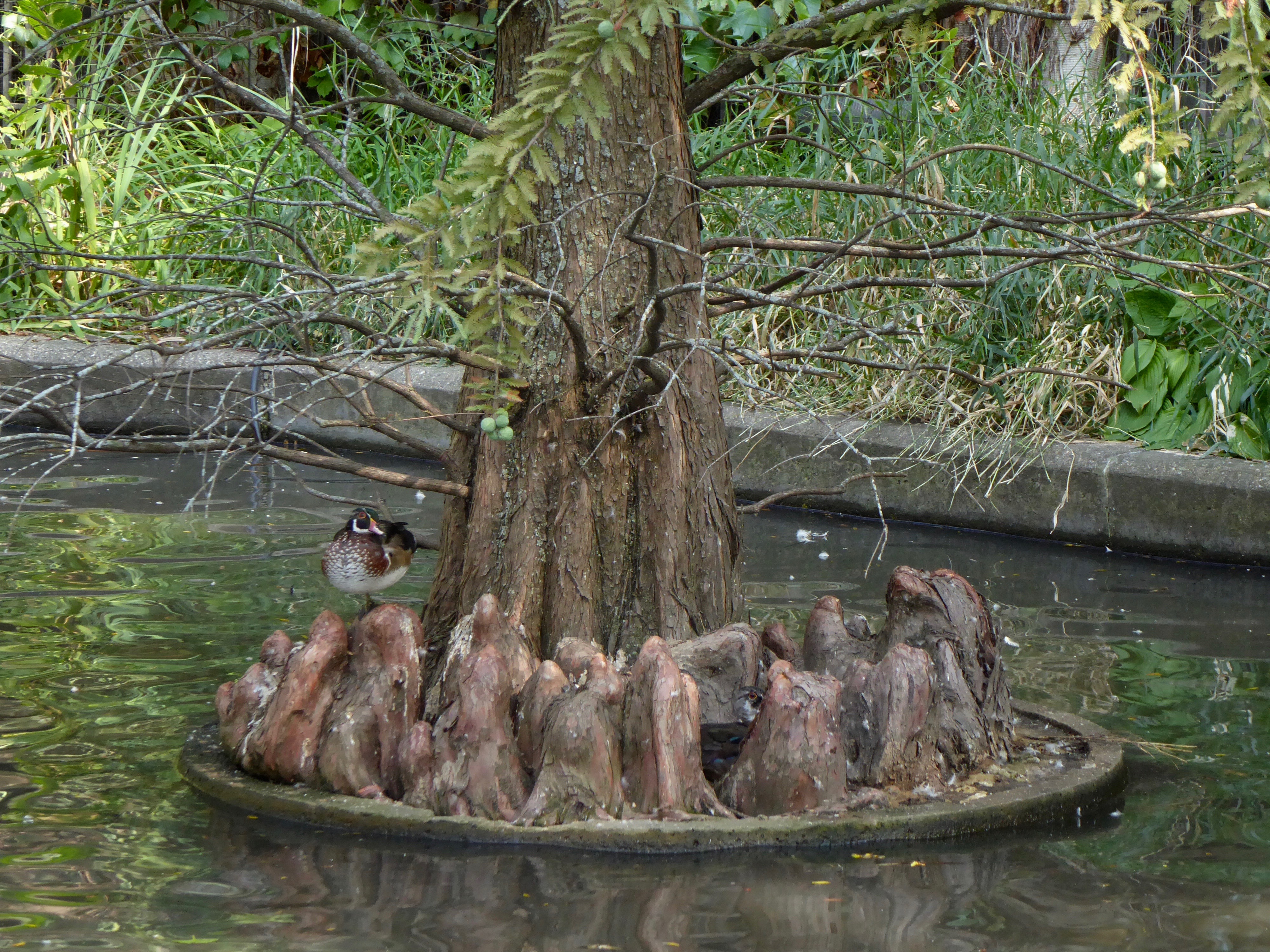 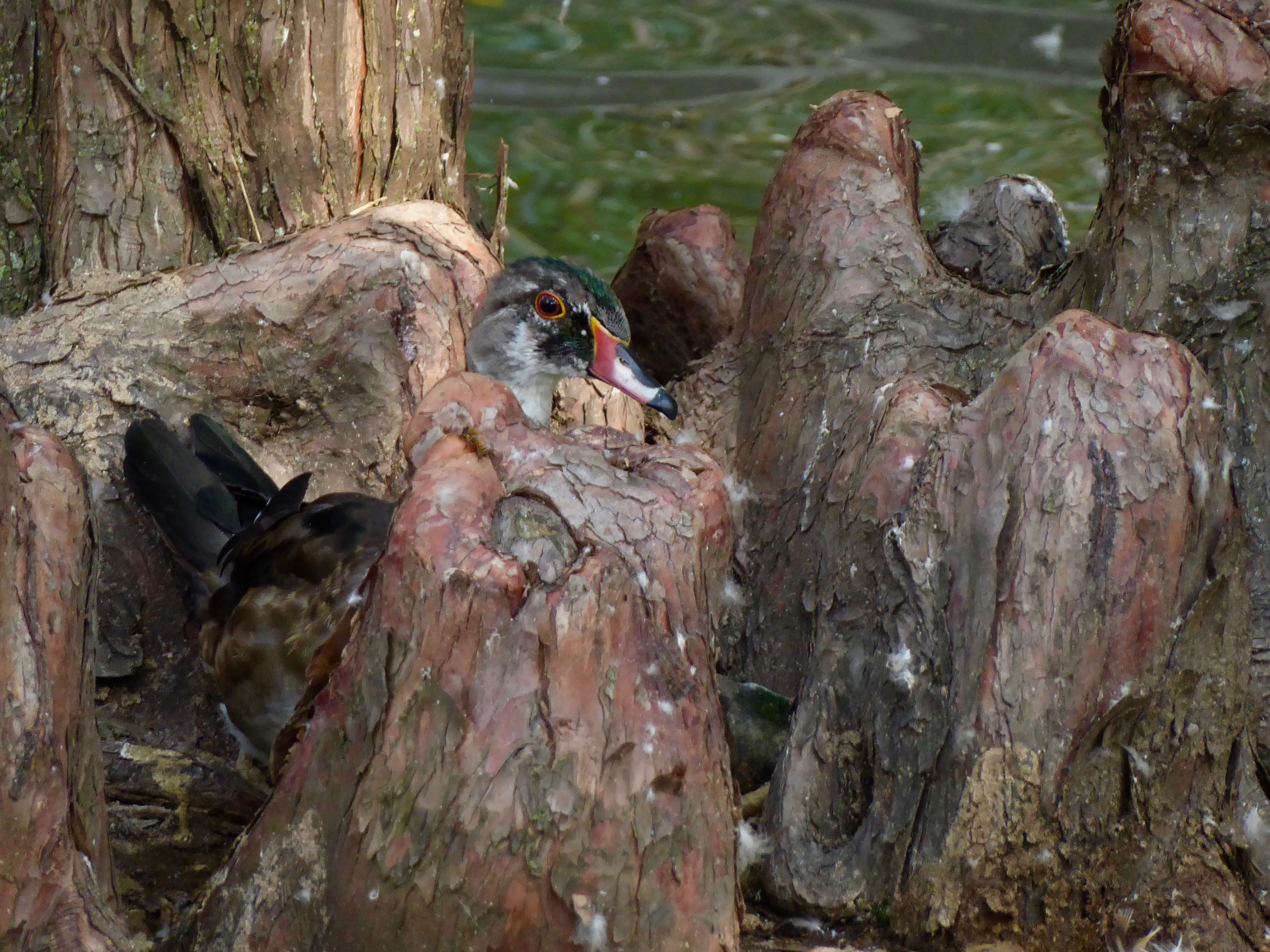 Frisky and Blockhead enjoying some postprandial watersports. You can hear the duck farmers discussing this particular crop:

The beautiful Frisky, who graced Botany Pond for about two weeks. I miss him. 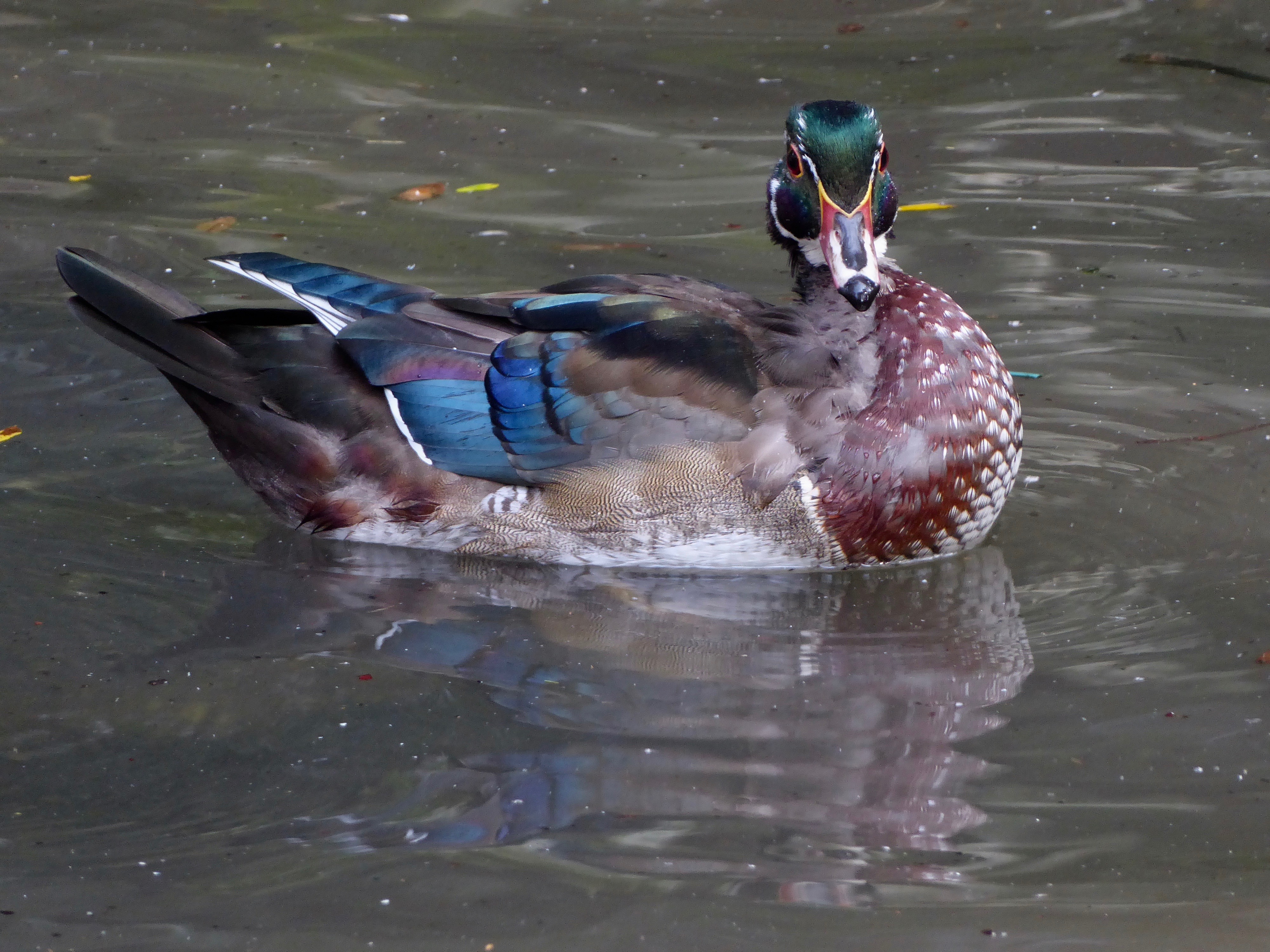 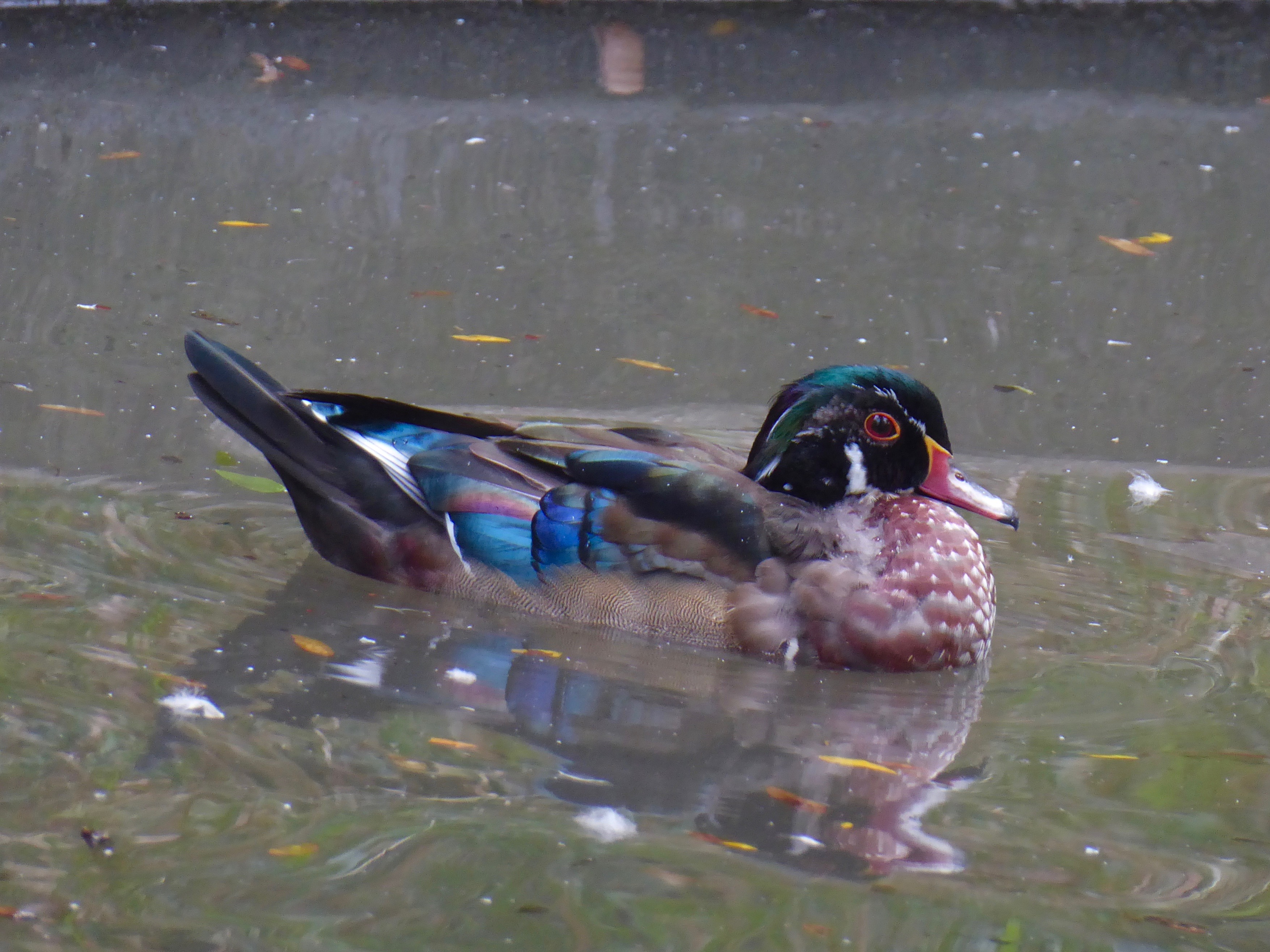 And the best buds, Frisky and Blockhead, very tired. Note again the white patch of feathers that appears when the ducks close their eyes; I discussed this earlier in the week. 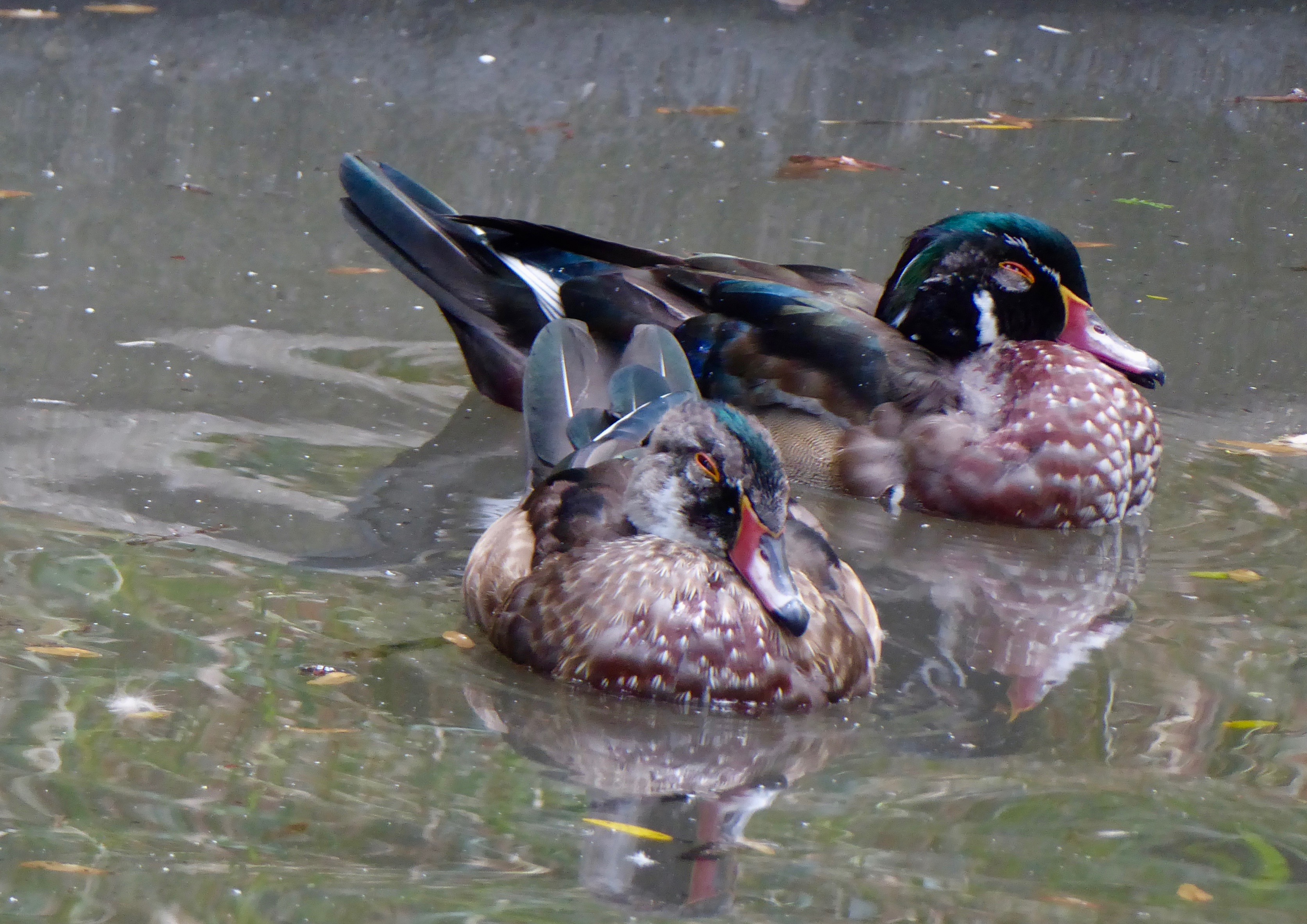 This is one of my favorite pictures of Frisky, stretching his multicolored wing as he perches atop his knob: 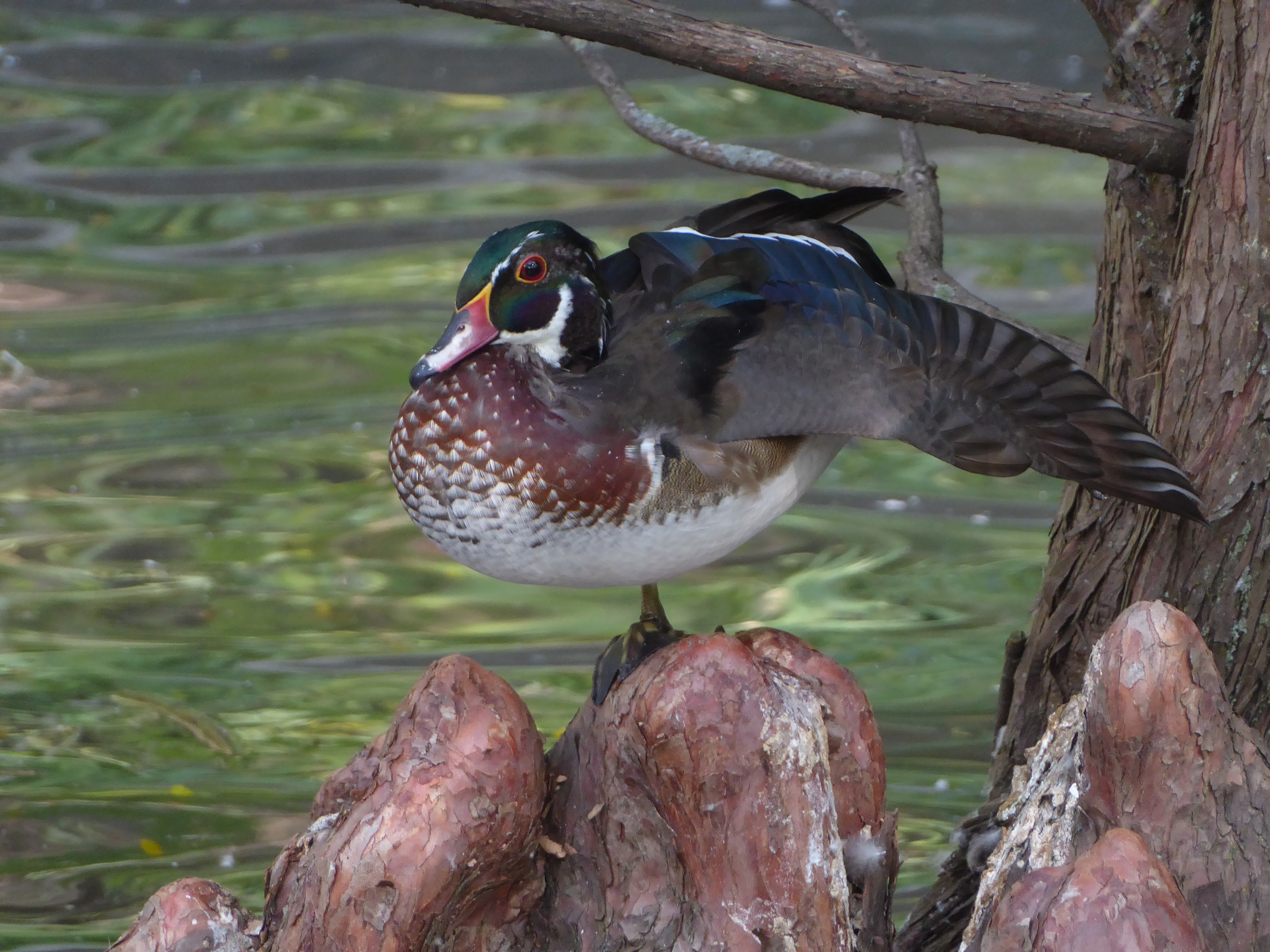