Frisky’s girlfriend, whom we’ve named Ruth, was here this morning, but flew away before breakfast. There’s no telling if she’ll return, but I always have my camera at the pond.

In the meantime, I noticed today, as Frisky climbed atop his Sacred Cypress Knee and took a midmorning nap, that when he closes his eyes, a white patch of feathers appears that is hidden when his eyes are open. I’m wondering what, if anything, this means. A tentative hypothesis, which is mine, is to prevent potential predators from seeing that the duck is sleeping, as the white patches look like “eyespots.” Or, it could be an ornament that attracts females even when a male is asleep.

Now I’m sure that this pattern is well known, and that there are explanations for it, and I’ve written to expert Bruce Lyon for his take. But in the meantime, here’s what I saw: 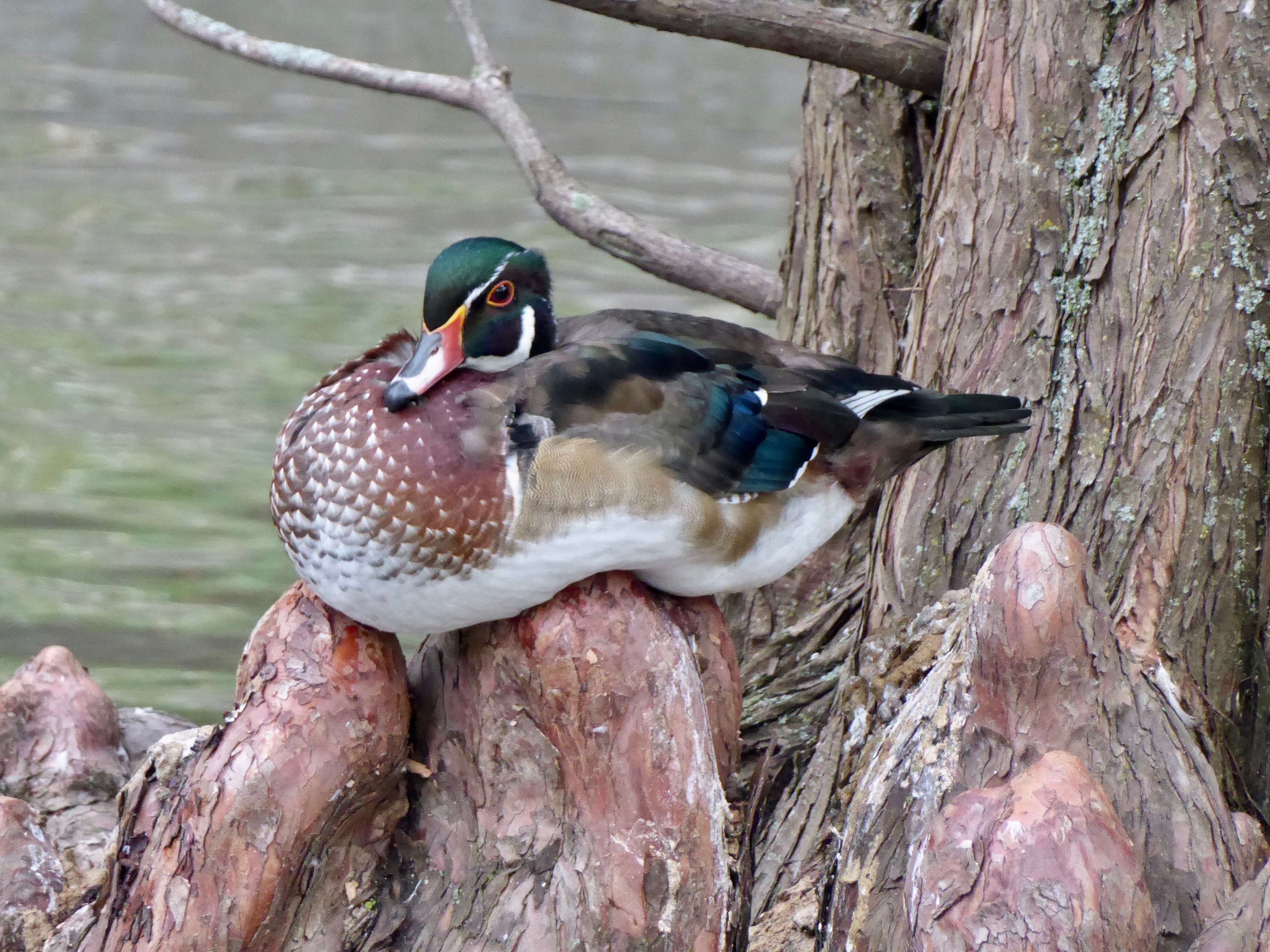 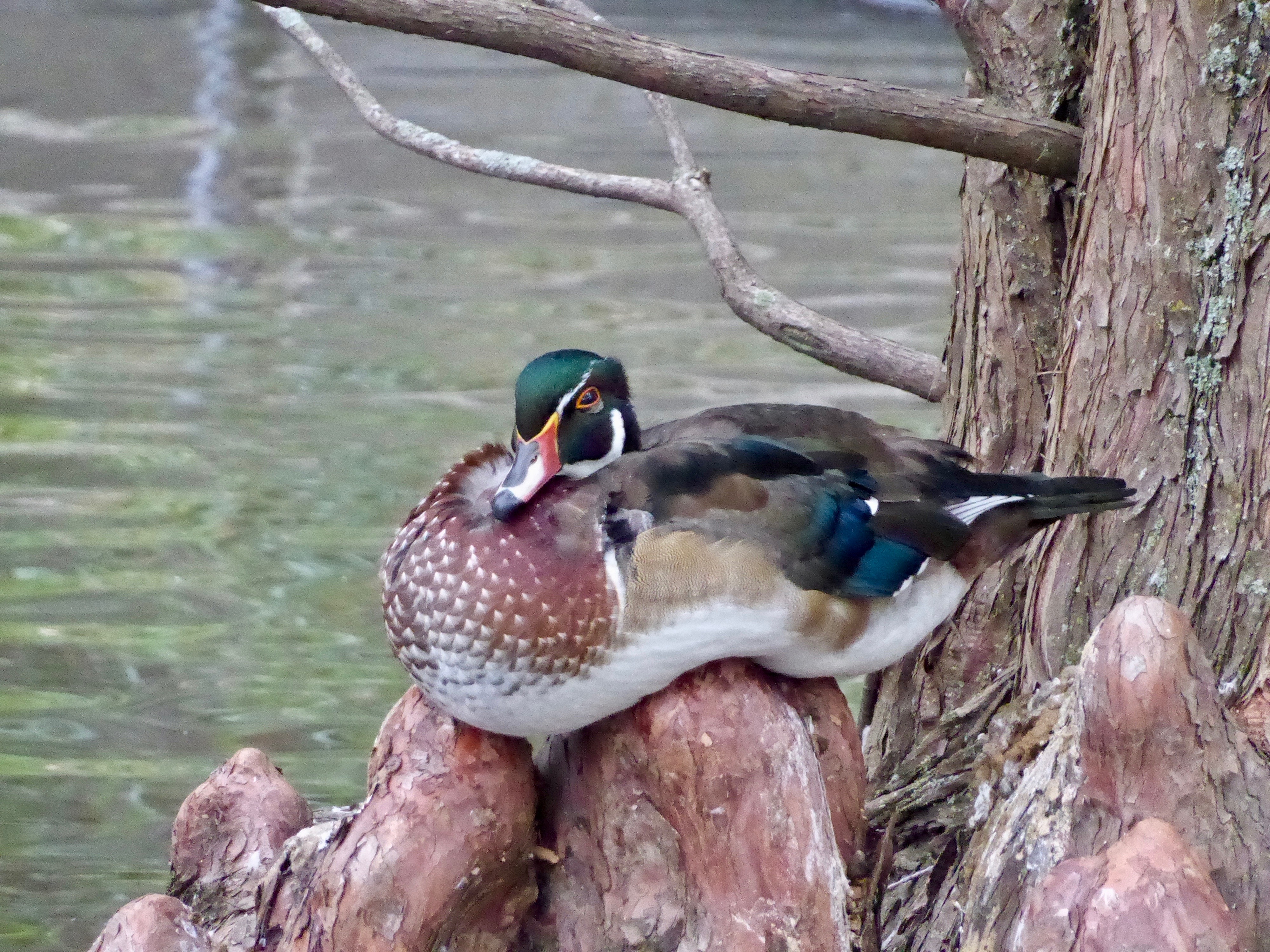 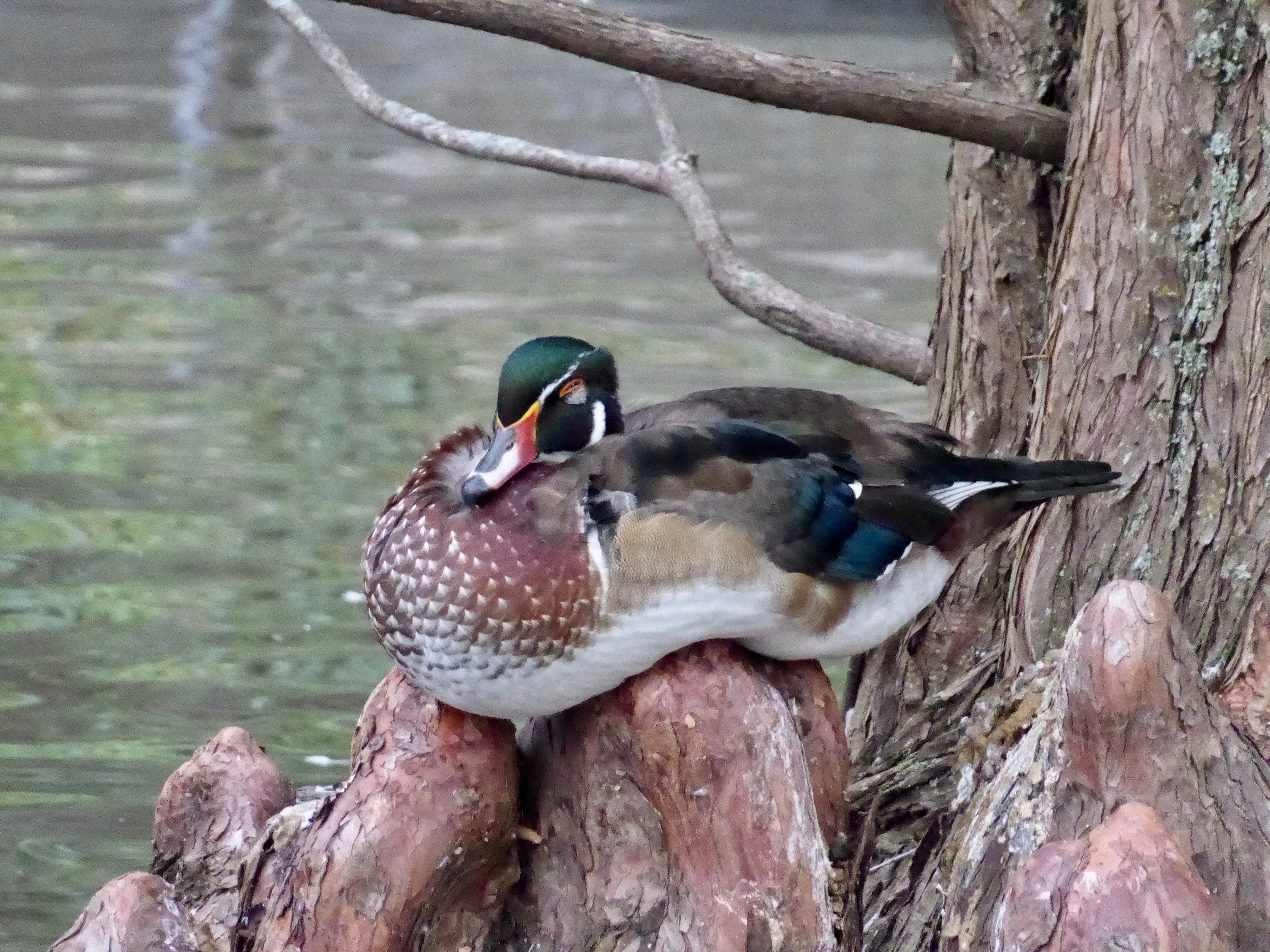 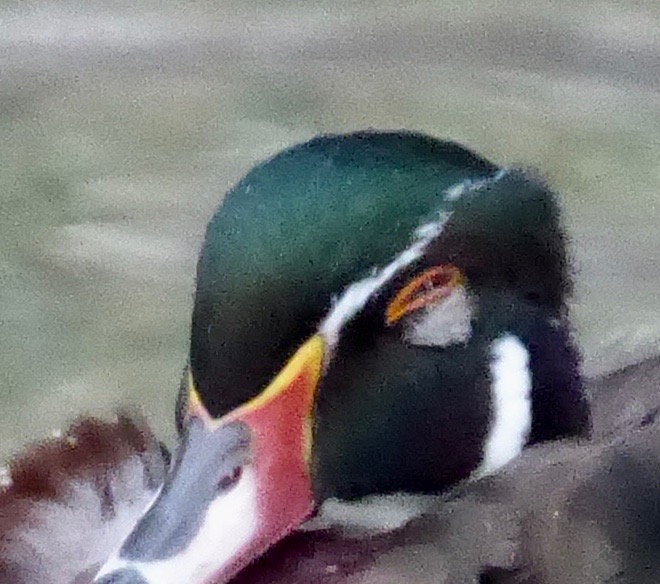 19 thoughts on “A new observation on my wood ducks”