The two male wood ducks (Aix sponsa) in Botany Pond are still here, though the Lady Woodie flew the coop. And the two males, who get plenty of noms from us, are starting to change their plumage from the non-breeding form to the fantastic breeding coloration.

Here are the woodies on September 16. This first one is a male: 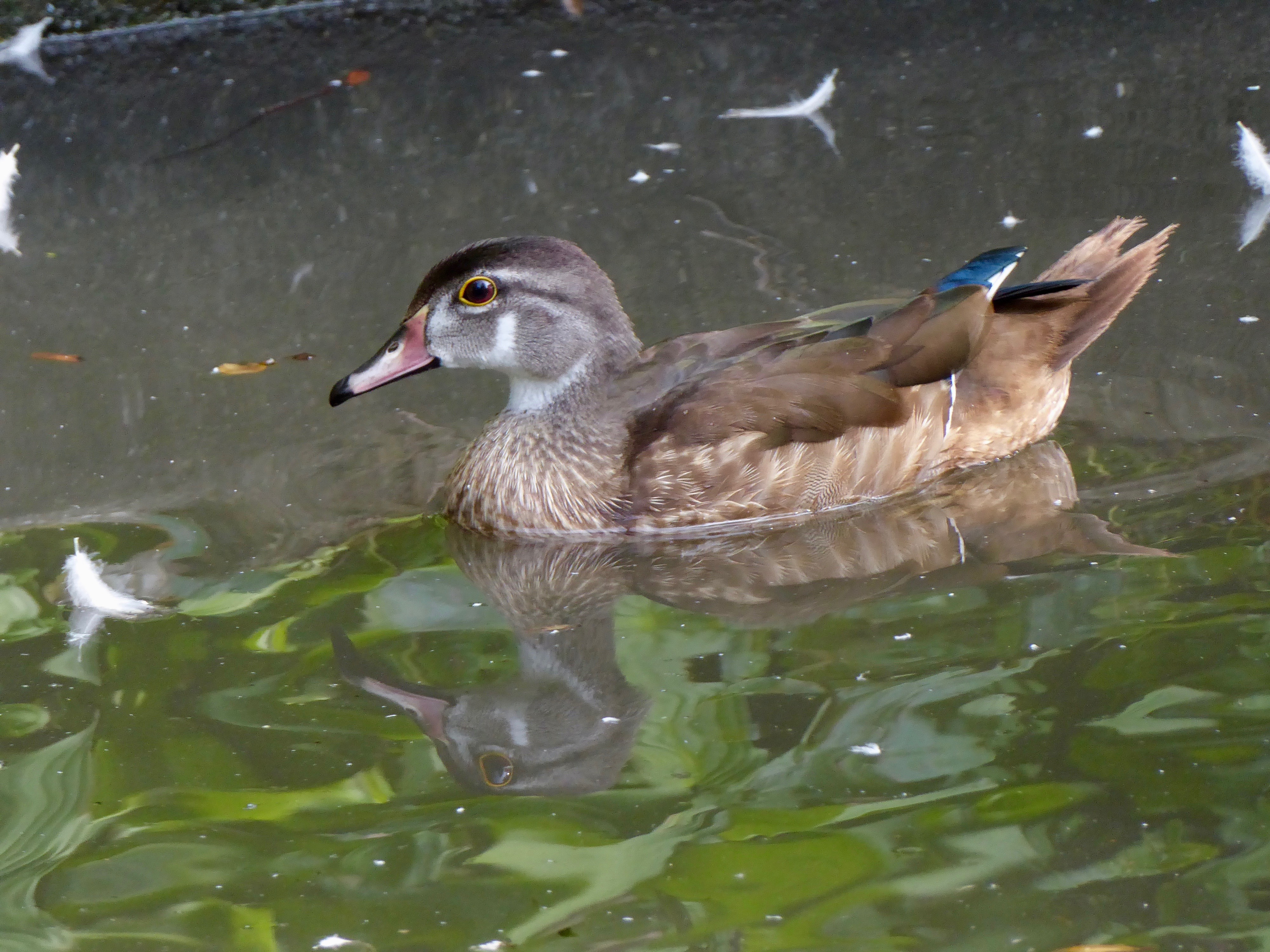 In the photo below, the one on the right with the pink beak is a male, while the one on the left, with the gray beak, is the female, now departed. The creature in the rear is not a duck. 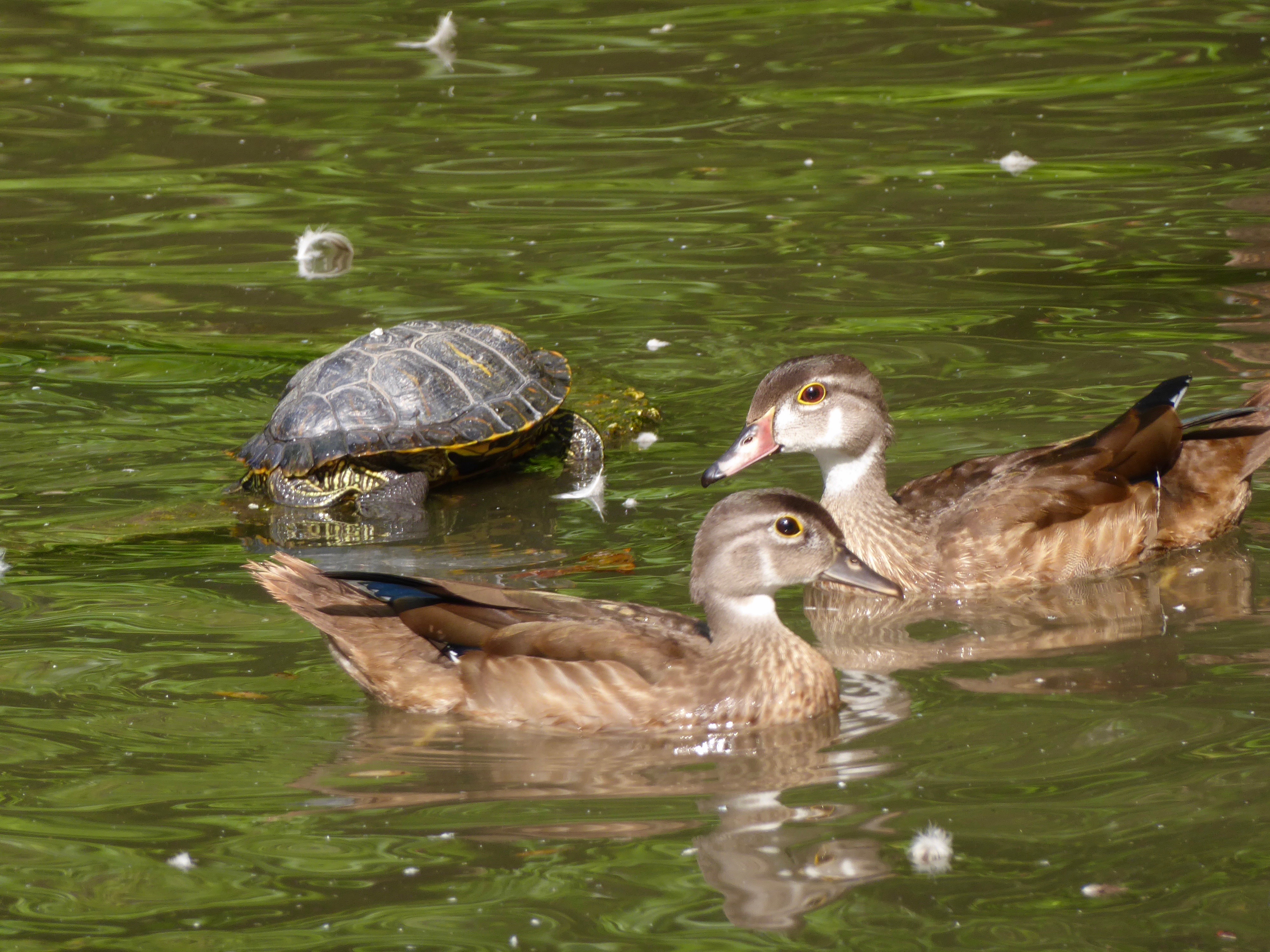 Here are the two males today. Their heads are turning iridescent green, their wings blue, their beaks red, and they’re getting a lovely stippled chest pattern, as well as their cherry red eyes: 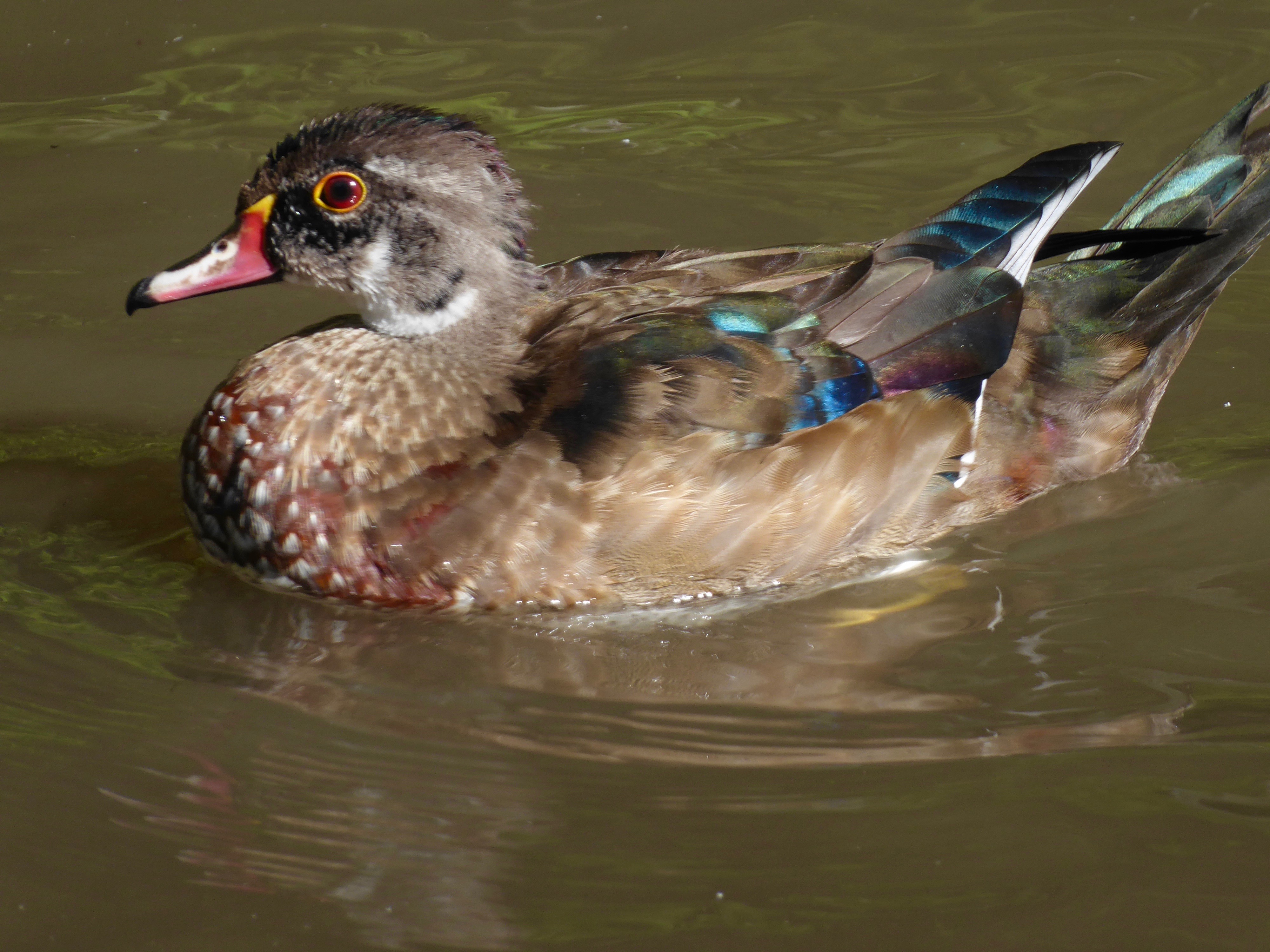 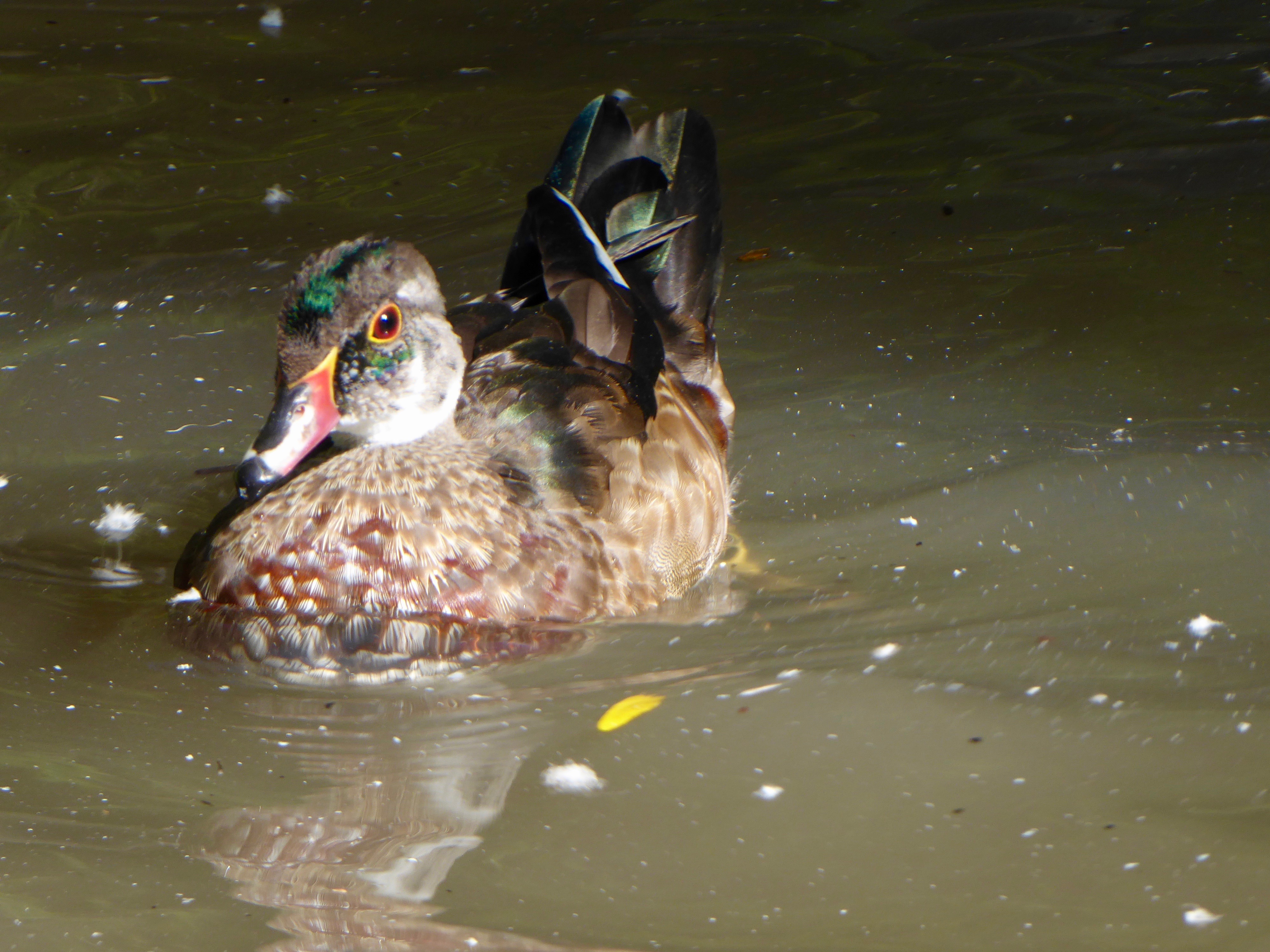 Head starting to green up. For the endpoint, see the last photo: 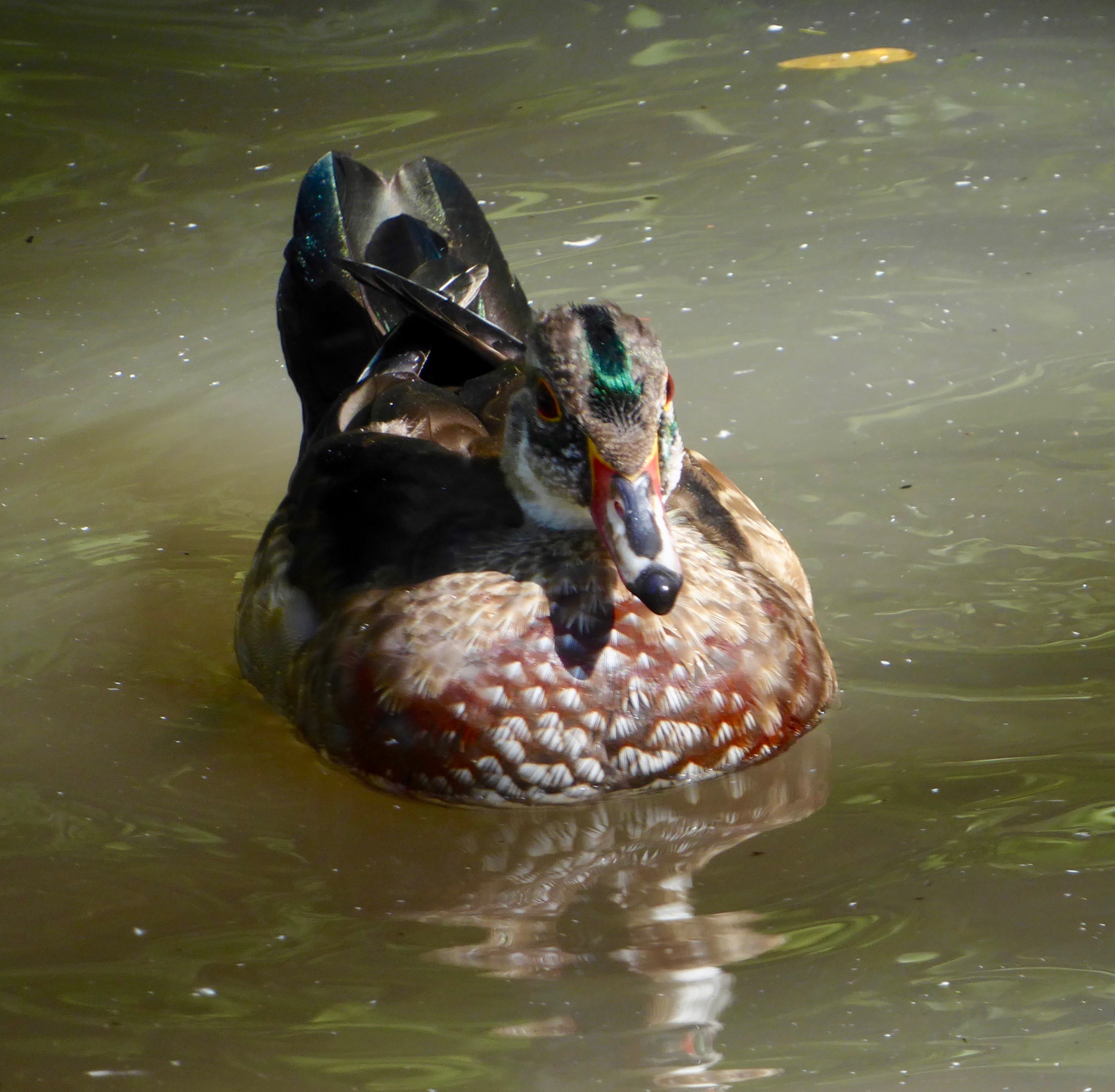 The pair of males, who are named Frisky and Blockhead, like to perch on the knees of the cypress tree. After all, they’re perching ducks and like to have wood under their feet. I like to think they’re brothers. They’re nice and plump, too, as we feed them well. 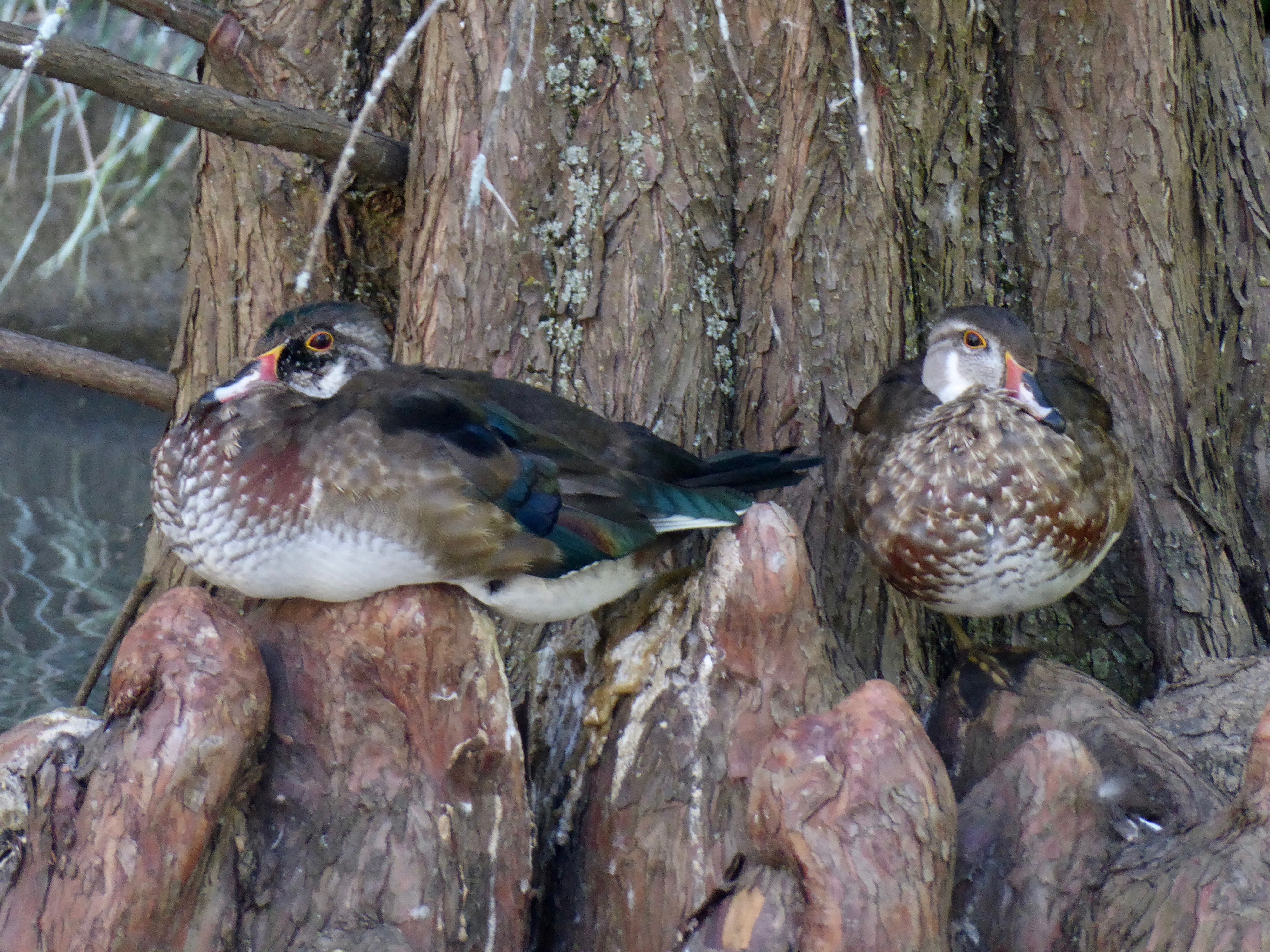 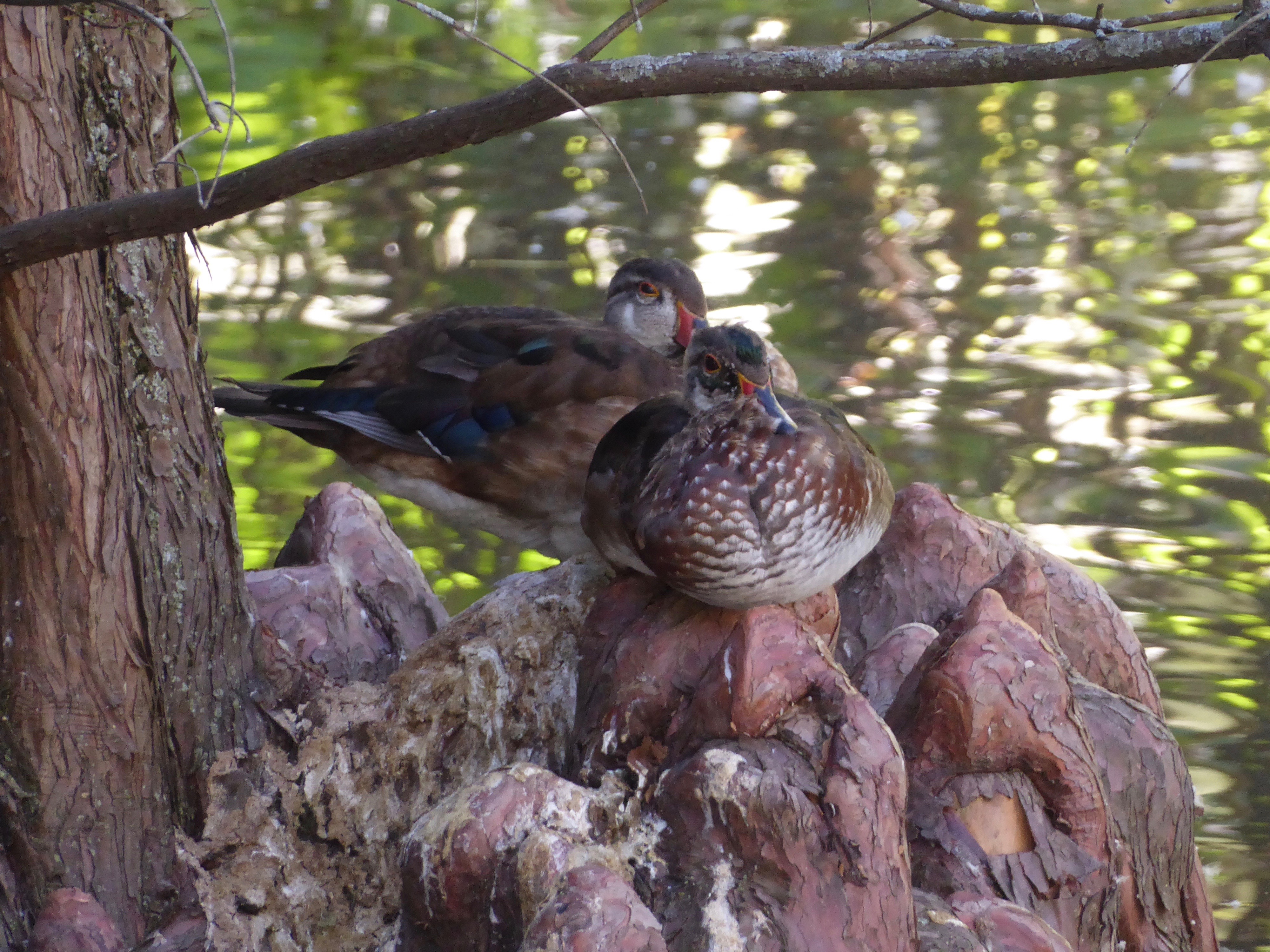 If we keep them around for another short while, they should wind up looking like this (picture from Wikipedia). Ah, the marvels of sexual selection and development! I really want to see this happen: 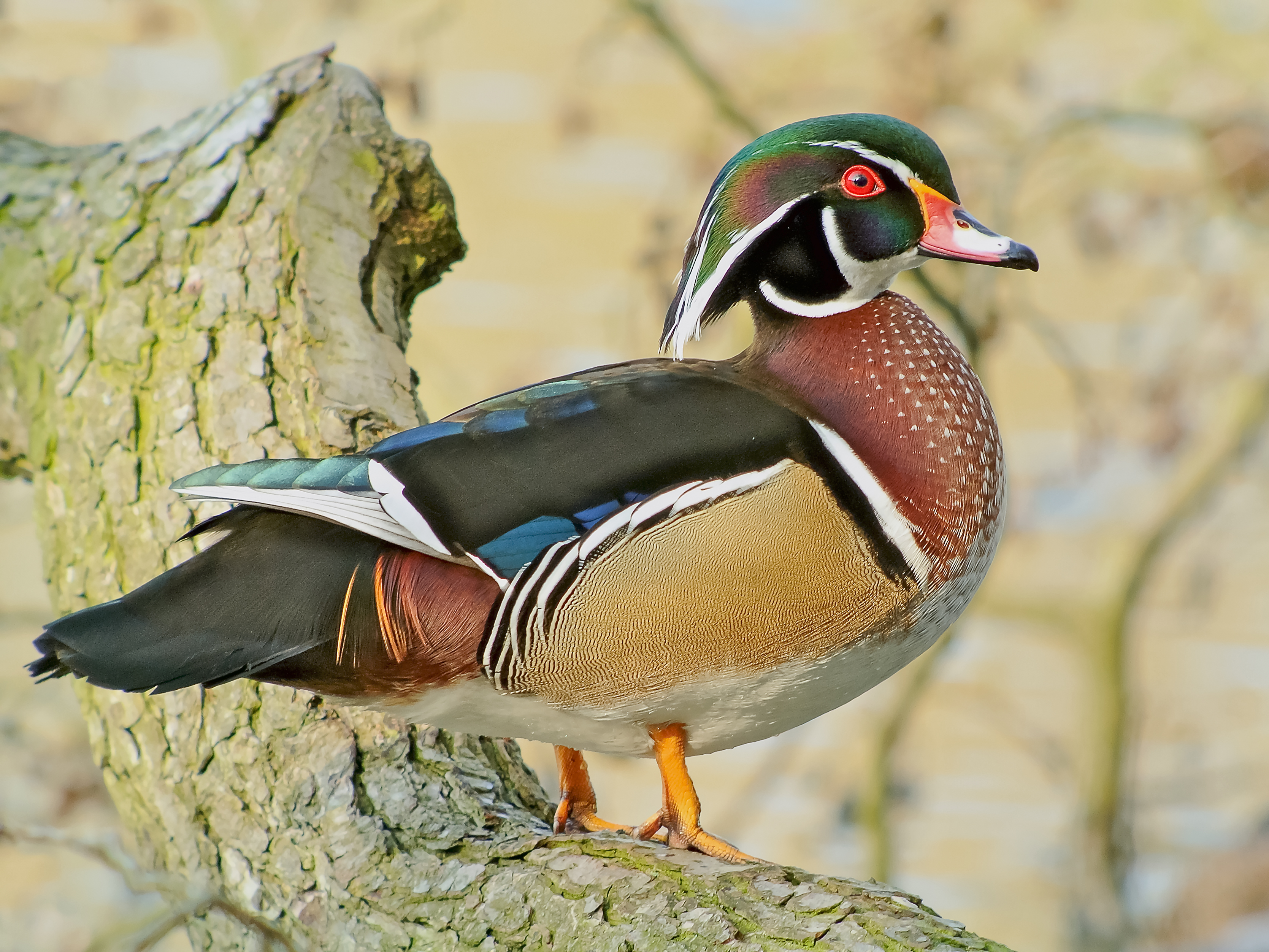 Oh, and Honey is still around, continually asserting her alpha-female status by attacking other mallards at feeding time.

13 thoughts on “The woodies are changing!”