I heard you like waterfowl. Have some waterfowl. We have some nice waterfowl in Australia and none of the extant species are poisonous or predators of humans.

Grey Teal (Anas gracilis), a nomadic outback waterfowl species that ranges far and wide. It has turned up in Indonesia, PNG and outlying Islands. Small and not colourfully patterned, they are nevertheless one of my favourite ducks. 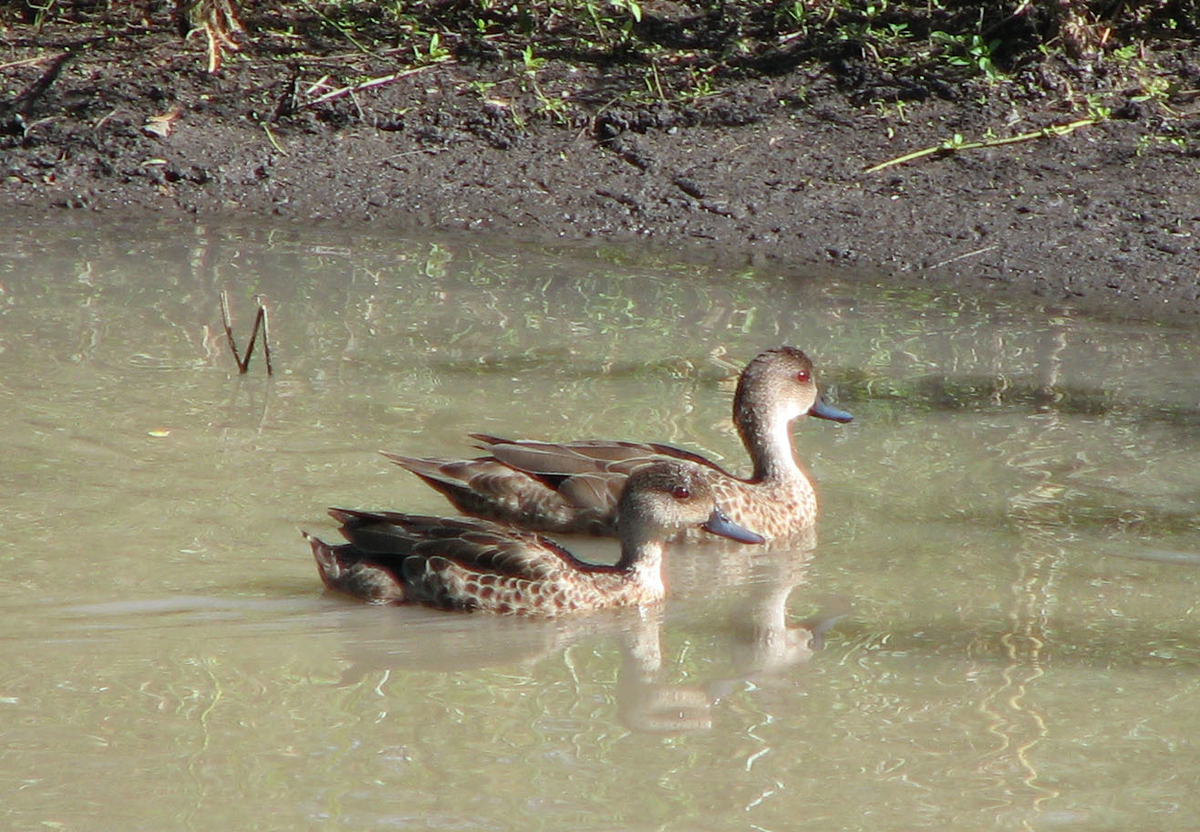 Pacific Black Duck (Anas superciliosa). This is the Australian duck. No matter what size the body of water or how dirty or how urban or how remote, I’ve seen them in rainforests and water treatment ponds in desert towns. They also occur throughout the Pacific region. They are closely related to the Northern Hemisphere’s Mallard and interbreed freely with them in urban ponds where both species occur. 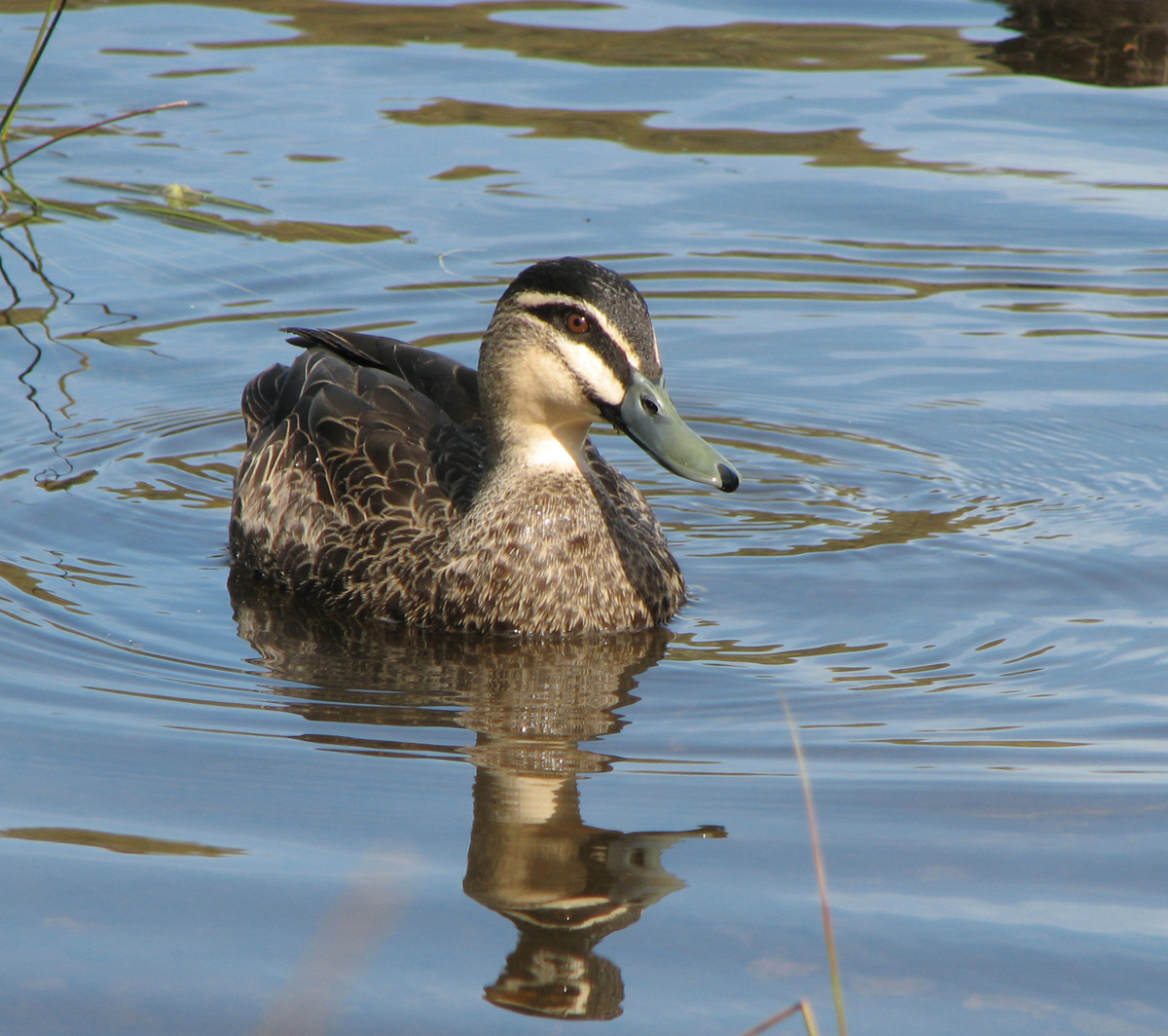 Hardhead (Aytha australis). Australia’s only true diving duck. The name Hardhead apparently came from taxidermists who found their heads hard to deal with. Only the males have the striking white eyes. 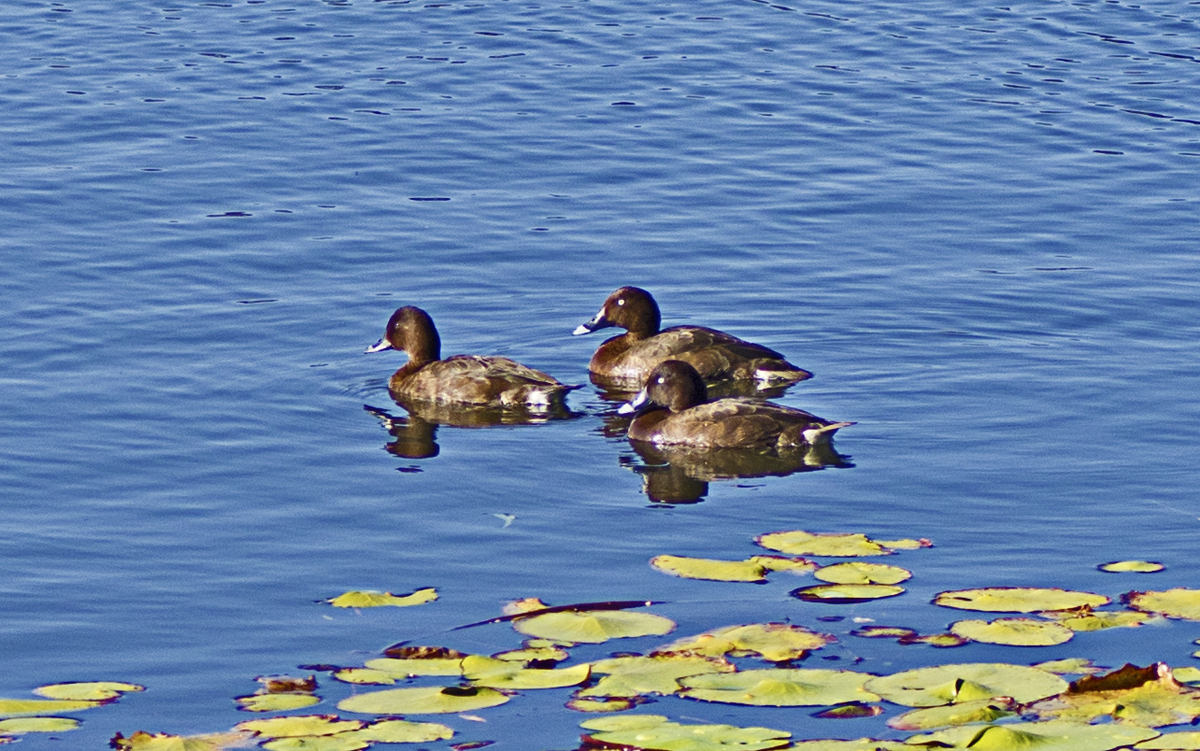 Australian Wood duck or “Maned Goose”. . . for some reason (Chenonetta jubata) pictured here in two unusual situations, in the snow at the Snowy Mountains (that’s right—we have snow but so little snow that the one mainland range that gets snow is called the Snowy Mountains Range) and on the water. Generally, they are on grass lawns grazing and have done really well because of our penchant for making parks covered in grass. 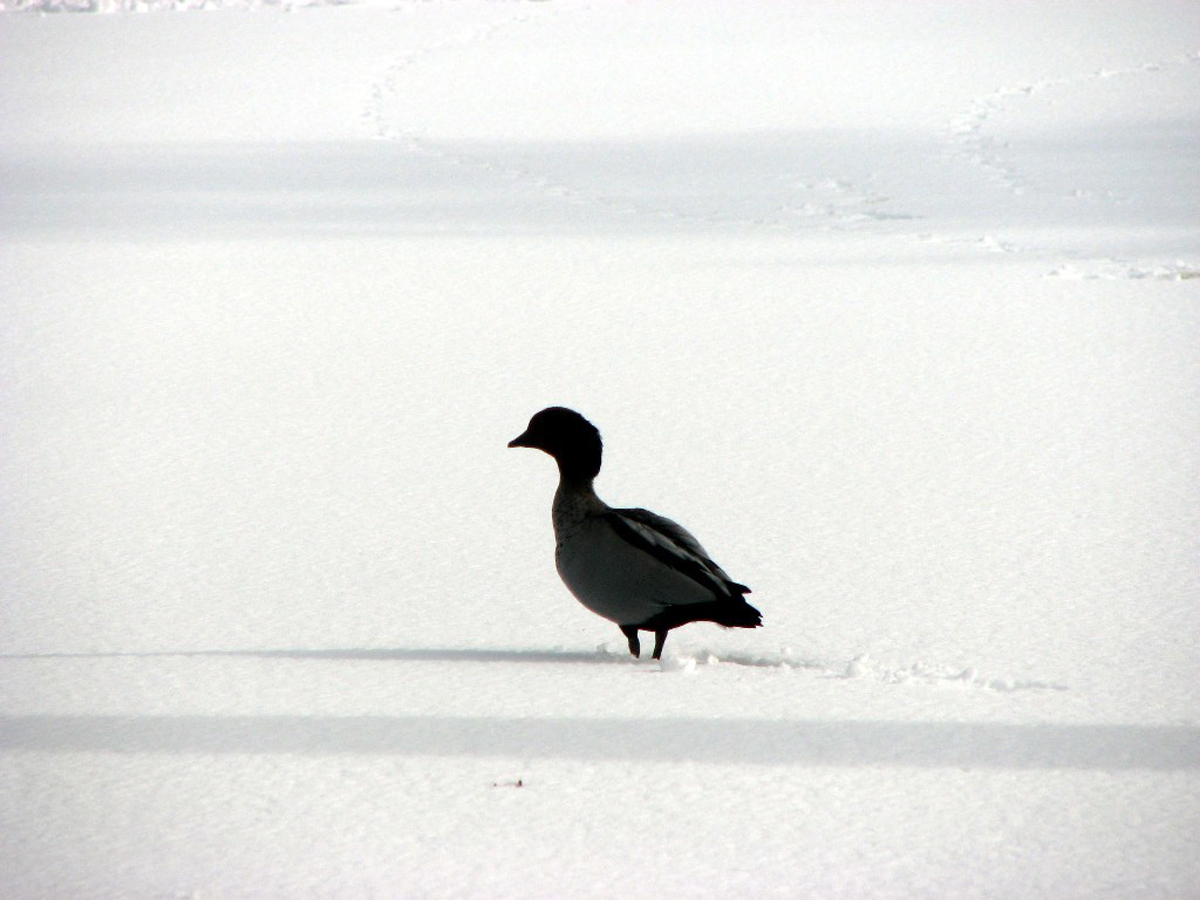 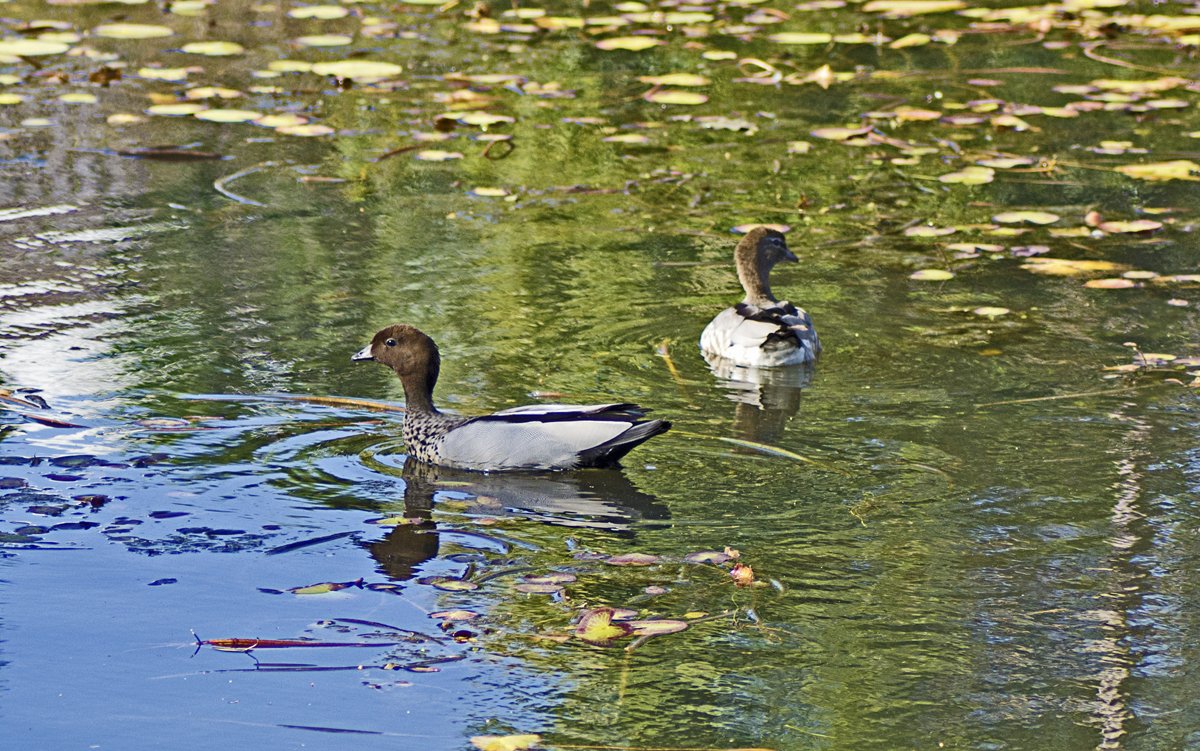 Our two species of Whistling duck, the Wandering Whistling duck (Dendrocygna arcuata) and a large flock of Plumed Whistling duck (D. eytoni). These are handsome ducks that will suddenly show up in huge numbers on the side of a dam or a pond, then, after weeks, they will just as suddenly disappear. In the D. eytoni photo, we can also see two Magpie Geese (Anseranas semipalmata) and a Royal Spoonbill (Platalea regia). 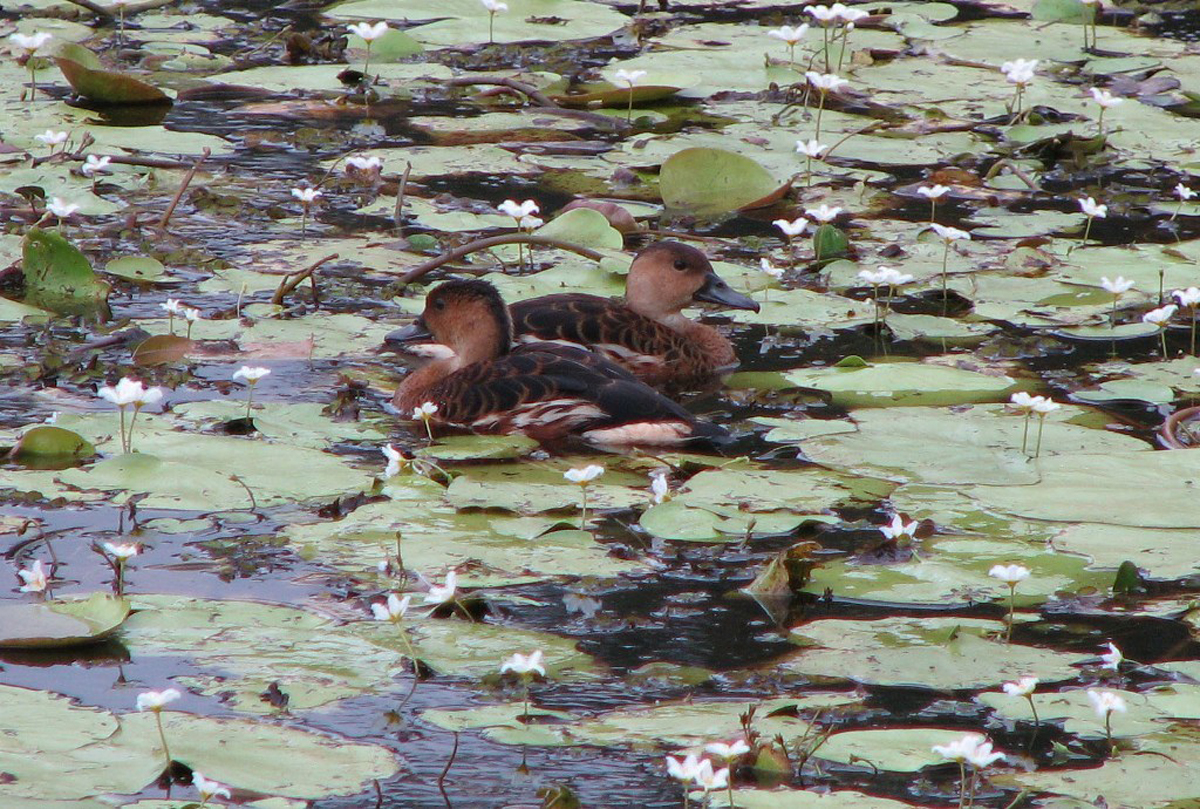 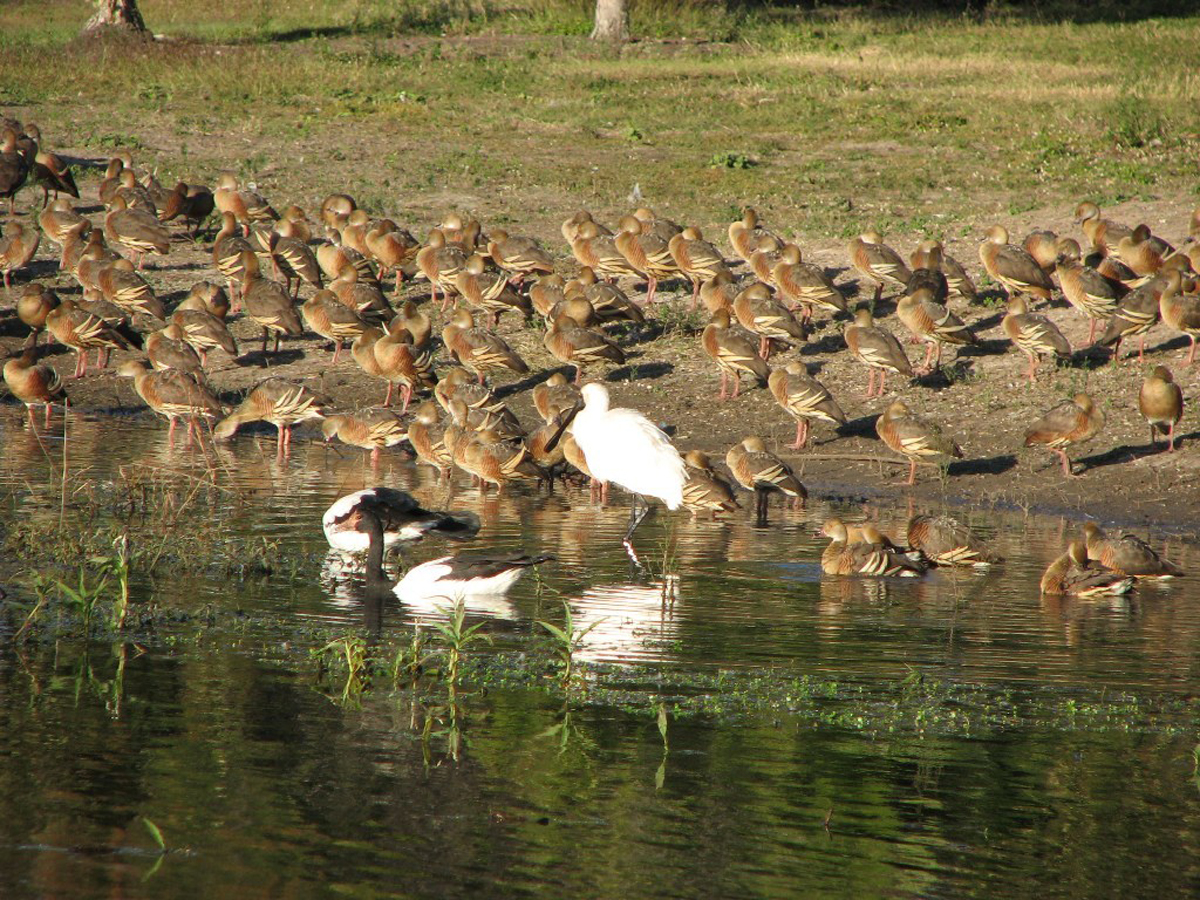 Last, the Freckled waterfowl (Stictonetta naevosa). Rare in my neck of the woods and under pressure but not threatened in southern Australia, these are monotypic within their own sub-family. A large odd-looking waterfowl that has apparently proved impossible to breed in captivity. 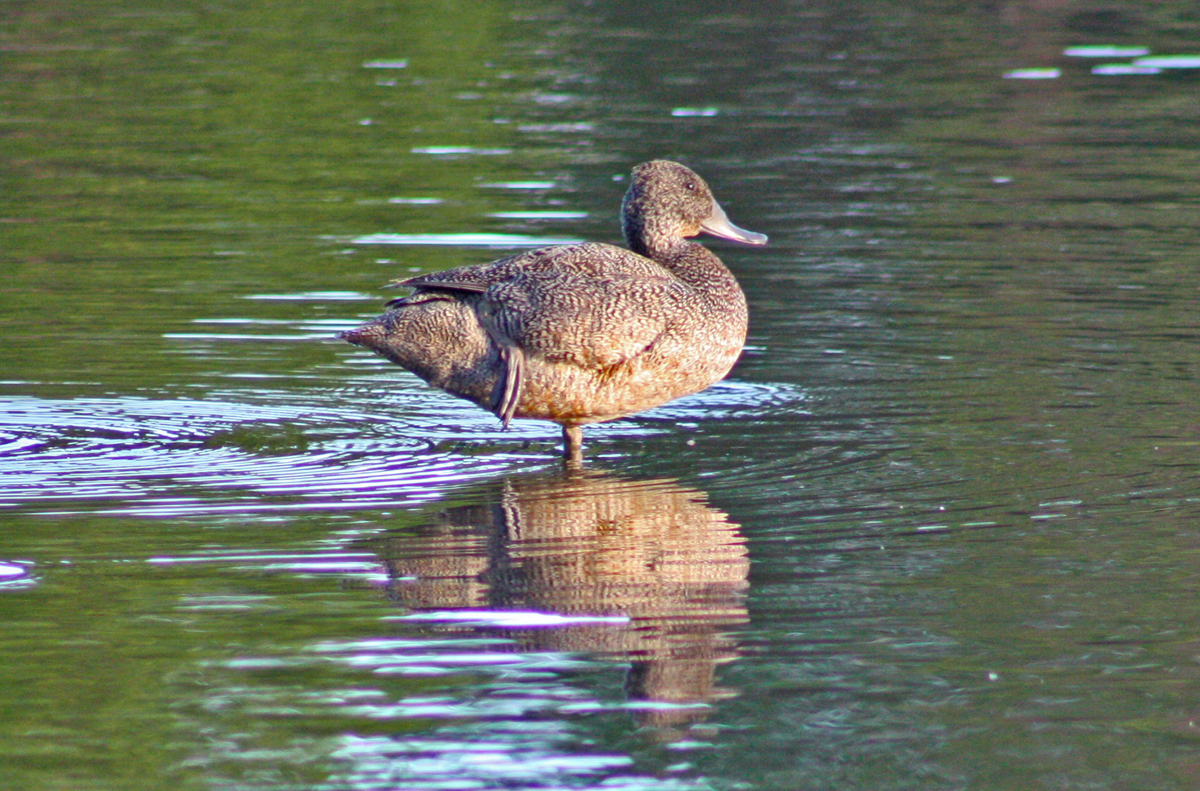