This week’s Jesus and Mo strip, called “flake,” starts off as the usual “refutation” of evolution by creationists who claim that the process violates the second law of thermodynamics. We know the answer to that one: evolution on Earth was not a closed process, and the order bought by evolution was more than paid for by the increase of entropy in the Universe due to evolution’s requiring the energy from sunlight.

The barmaid could have said that, but the Divine Duo wouldn’t understand it. Instead, she uses a simpler example (see a fuller explanation here). 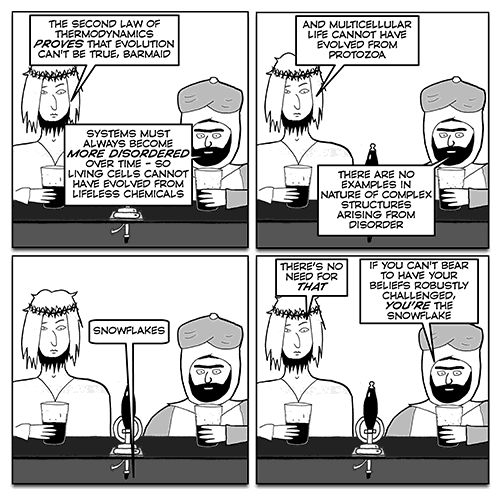