In lieu of anything substantive to report, I present yesterday’s duck doings. We had about 15 hens, including Honey and 14 itinerants (some may be her offspring who have returned), as well as Dorothy and her six ducklings, for a total of 22 ducks. That’s a lot of duck chow! Fortunately, everyone’s getting along pretty well, though Honey, as the alpha female, is irascible when eating and won’t tolerate other ducks nearby. She’s also started to make little grunting noises while eating, perhaps to keep the other ducks away.

Here’s Dorothy, the proud mom who sat on eggs for two months to finally produce her own family. She’s grooming herself on the duck island after lunch. 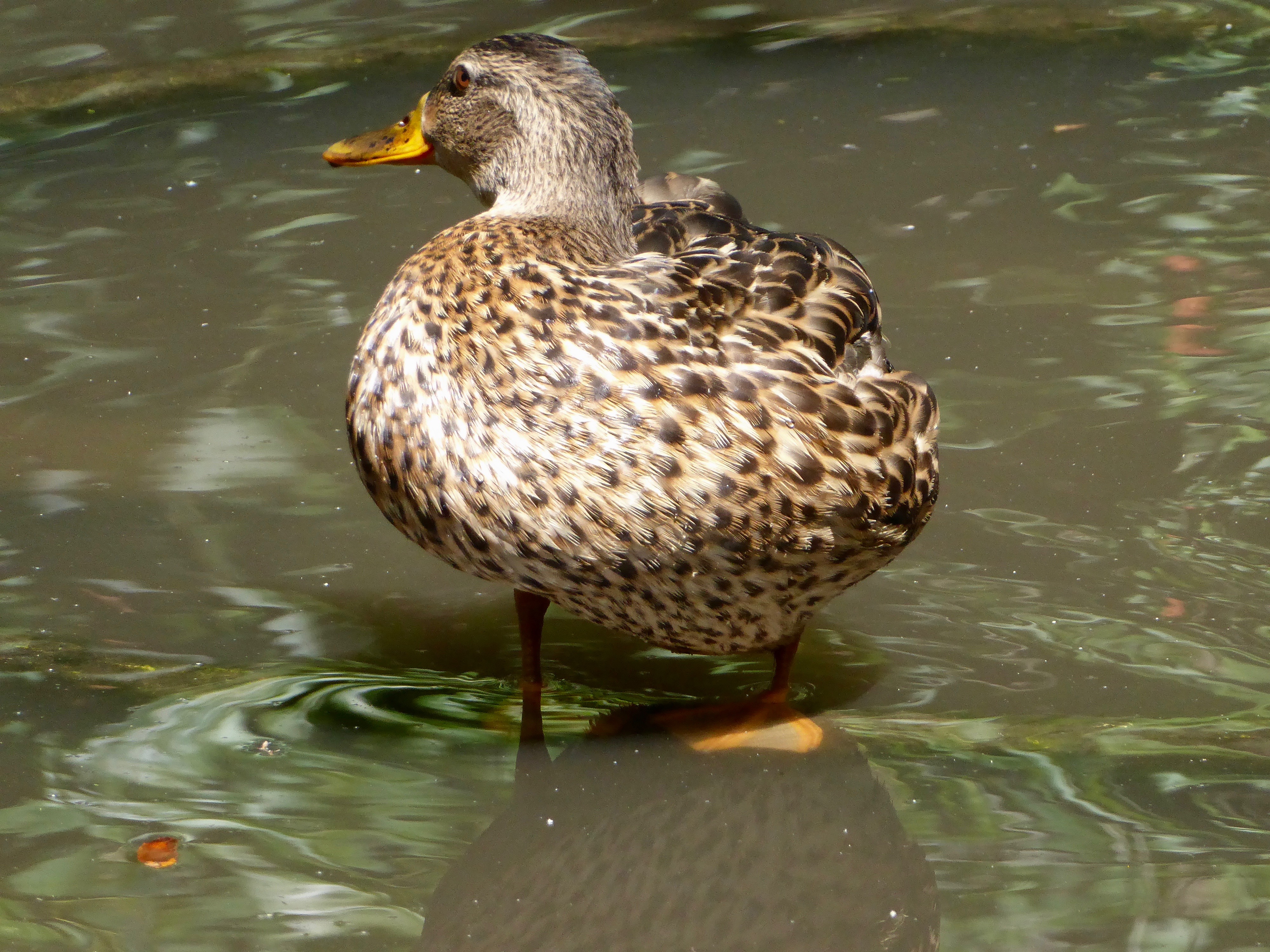 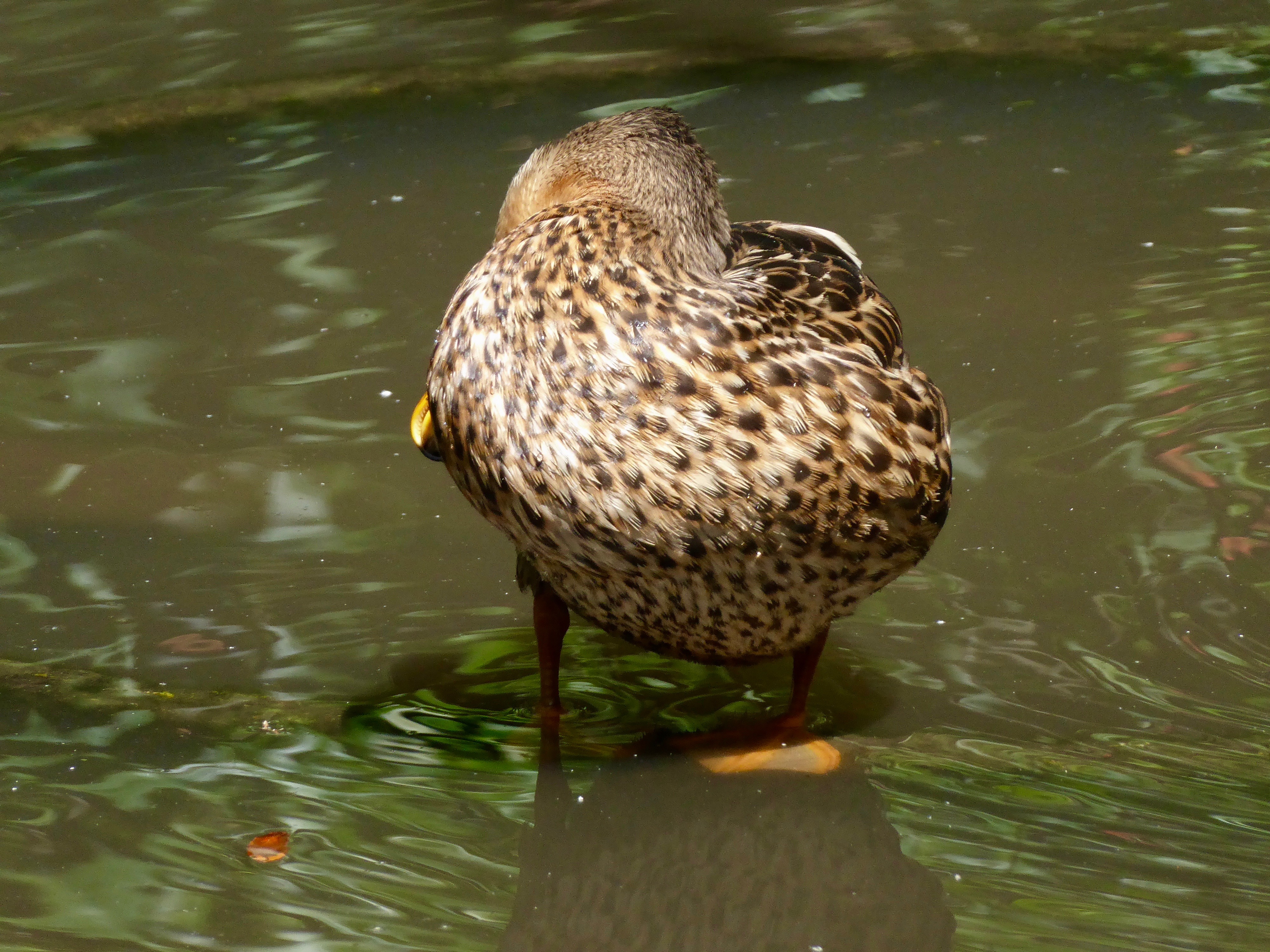 Notice the serrations in her bill (above), which are used like the baleen of whales: to expel the water and filter out the edibles. Her are some enlargements: 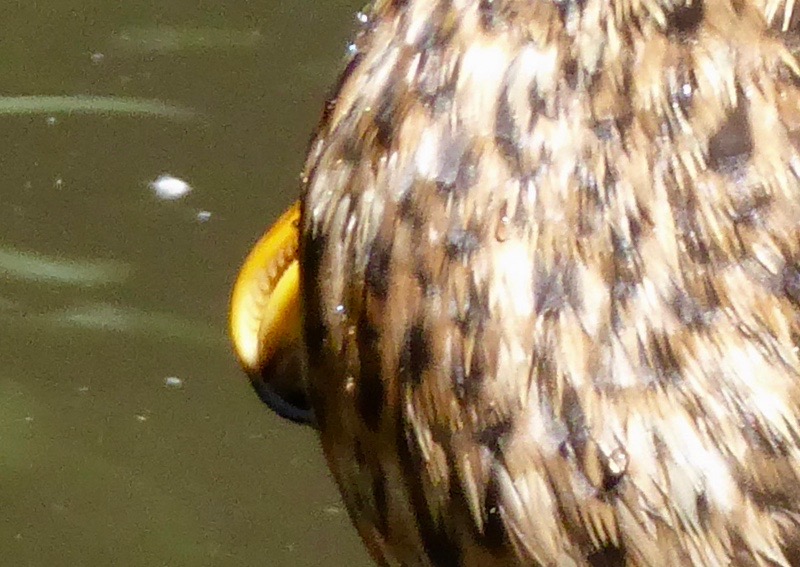 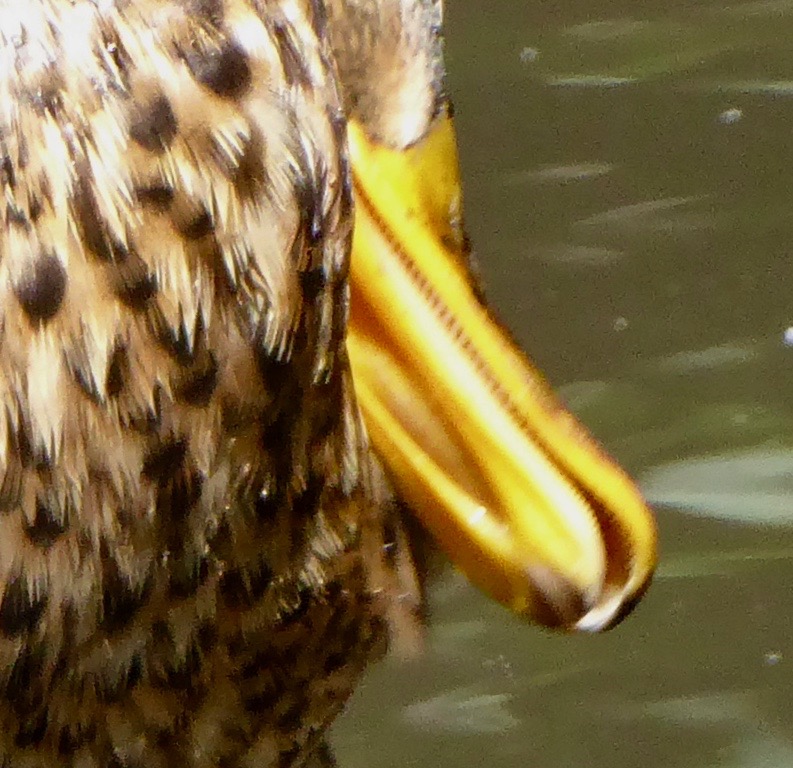 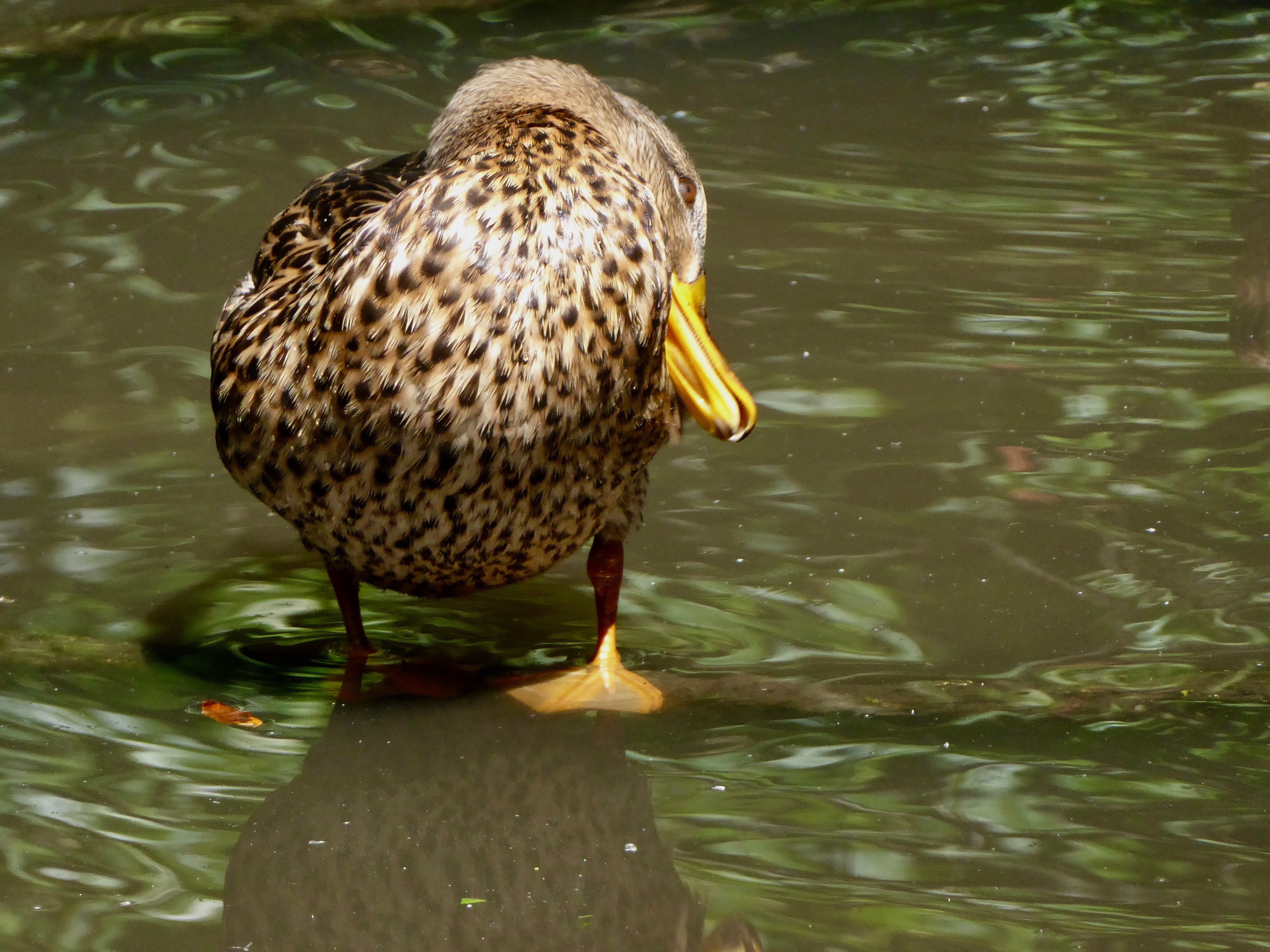 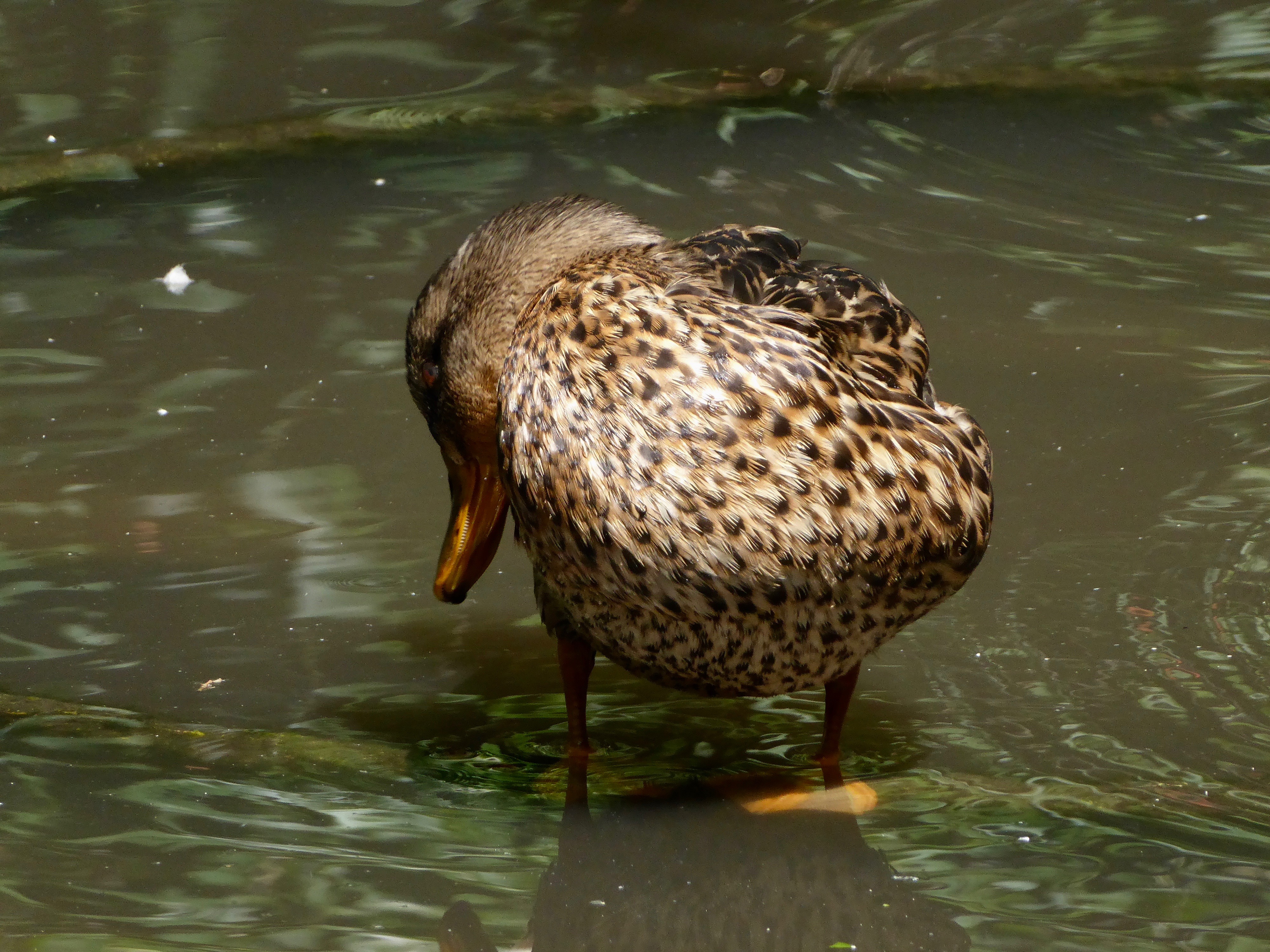 Bill, right side, showing the dots that gave her the name Dorothy: 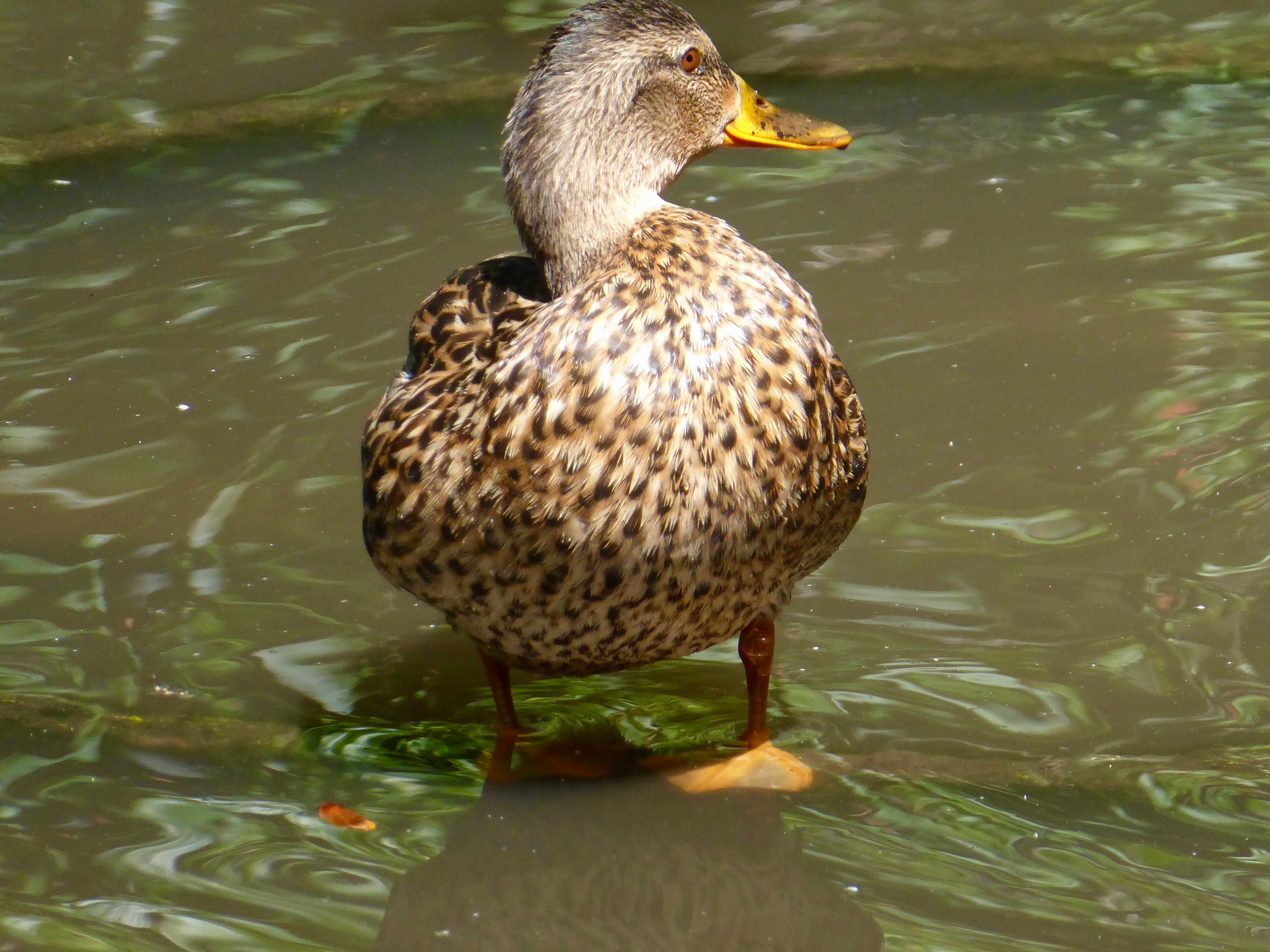 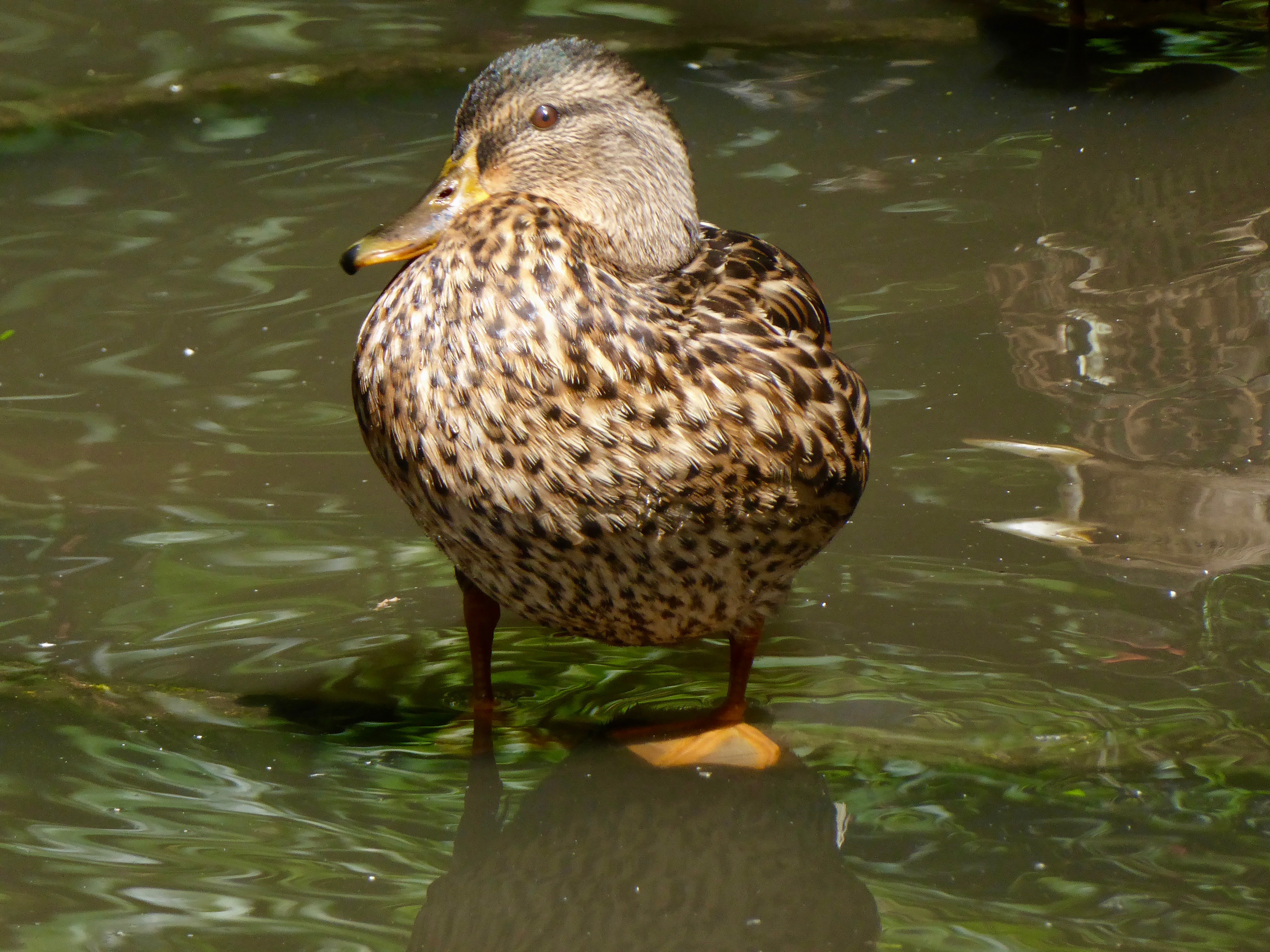 The big ducks (we call them “pensioners”) like to engage in watersports after meals, just like the ducklings. Here are a few pensioners diving, zooming, and splashing yesterday.

Dali ducks! Look at those fat S.O.Bs, crops swollen with fancy duck chow and bellies drooping over the water. Sated, they’re napping on the south island. Their nictitating membranes are closed. 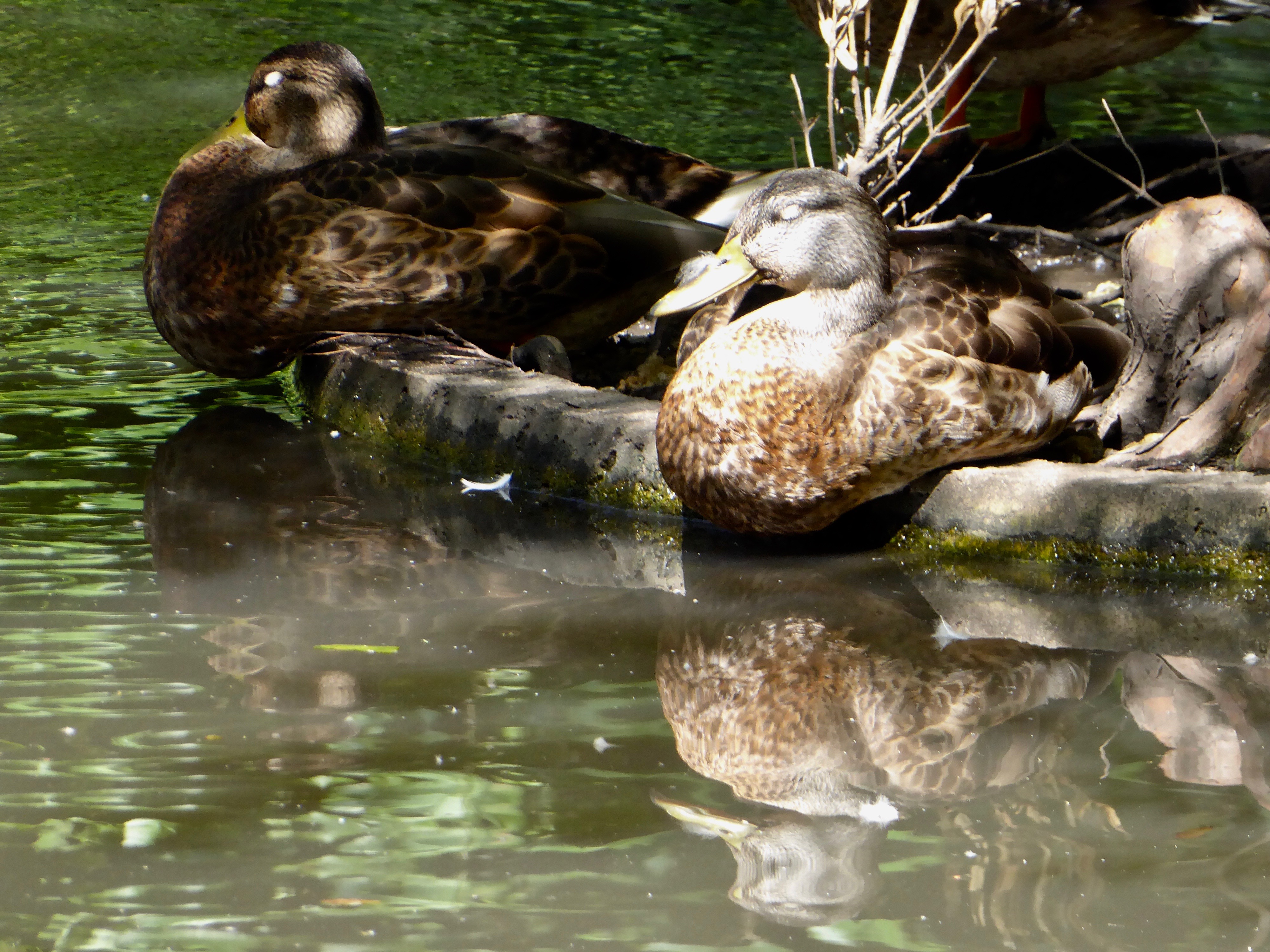 One opens her eye for a second. It’s an easy life in Botany Pond, I tell you. 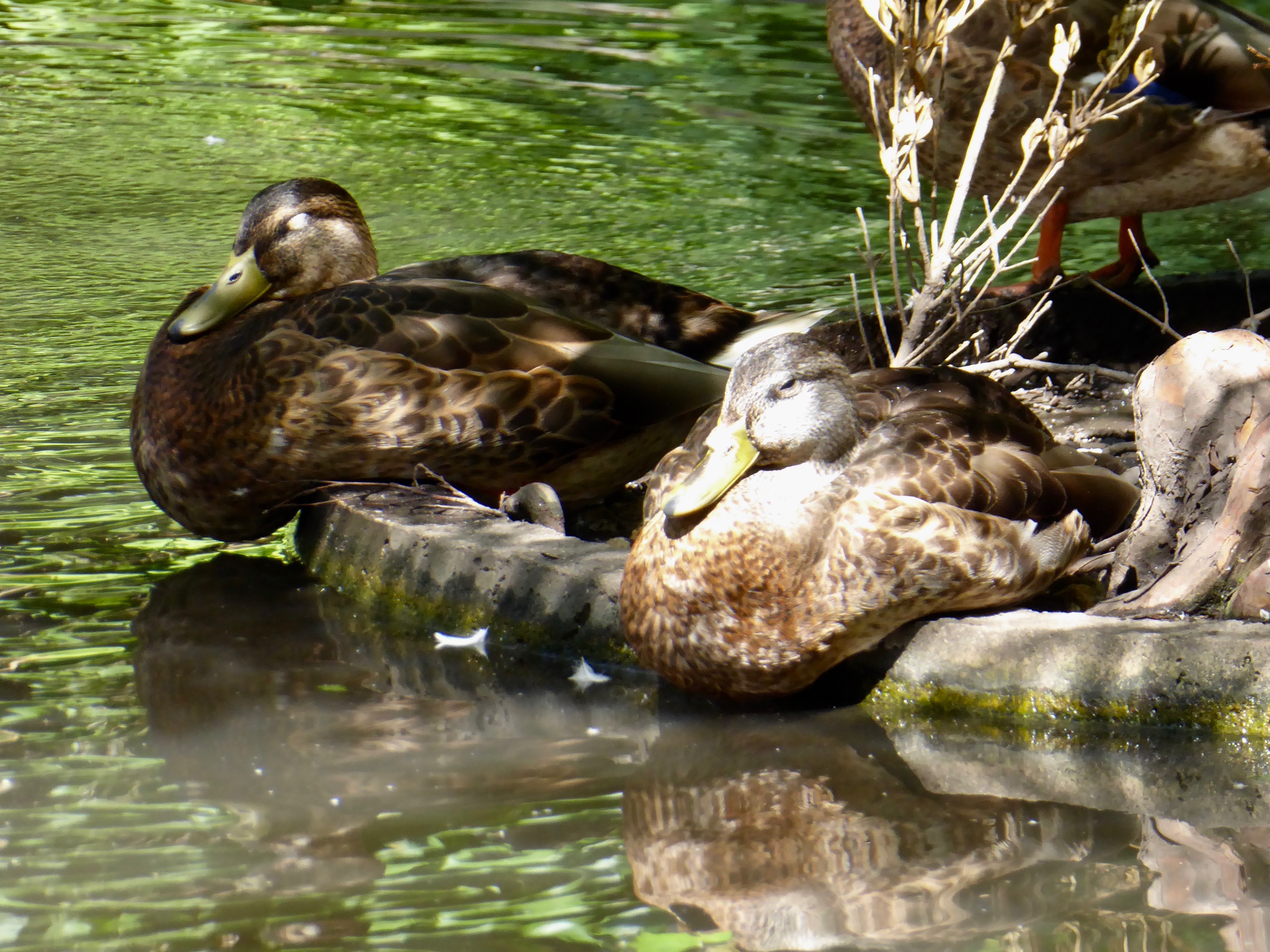 Here’s a longer video showing Dorothy and her Band of Six having fun after lunch. Look at those ducklings go! (They’re not really ducklings any more, but “miniducks”.)  Can you tell the difference between Dorothy and her kids?