I have a ton of duck pics and videos, but it’s too damn hot to make a long post: I’m going home, take a nice shower, and maybe enjoy a 45-minute nap.

But here are two pictures from the pond on this steamy afternoon. First, one of Dorothy’s six babies in its most awkward “punk juvenile” phase, mostly feathers but with some down on the back and head, forming a Mohawk (the new brood is five weeks old today). It’s all messed up but IT HAS ITS FIRST SPECULUM FEATHERS (circled in second picture)! Within three weeks they should be taking their first tentative flights. 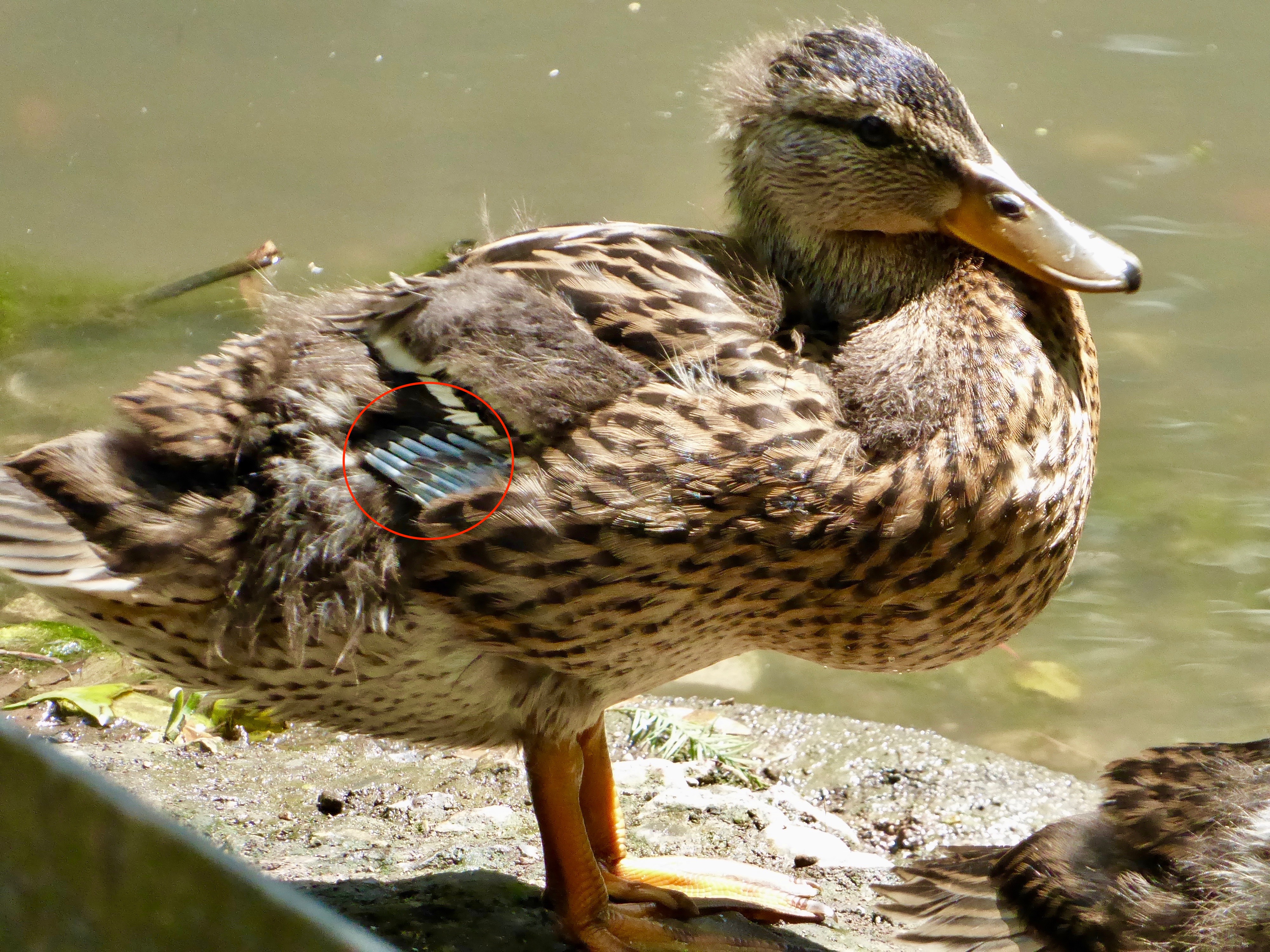 And one of our several Cooper’s Hawks (Accipter cooperii) with its tail fanned out. Mercifully, they aren’t bothering any of the ducks. 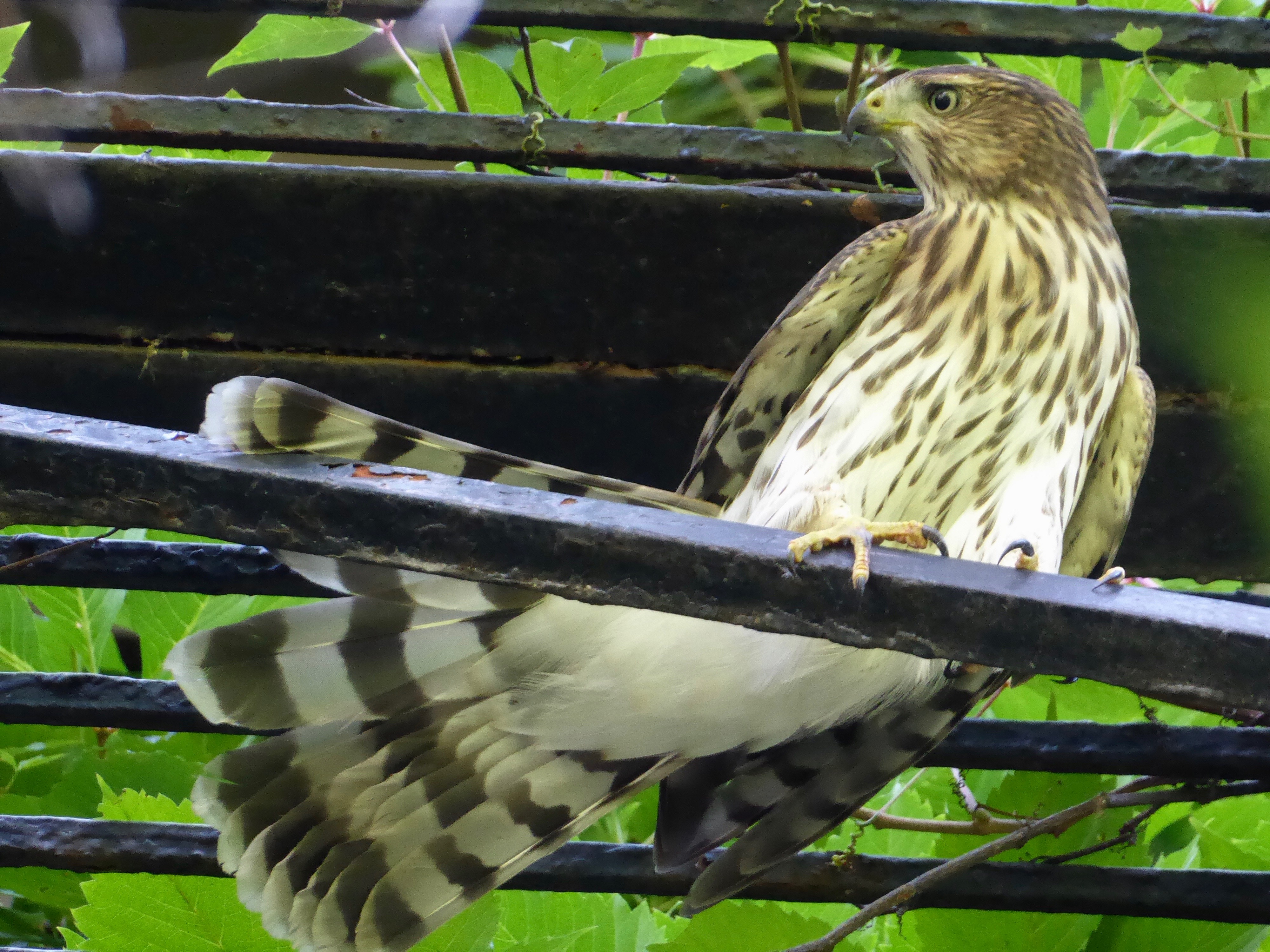