The good news: the Mississippi legislature voted to remove the Confederate flag from its state flag, a symbol that has long and rightfully angered people because it symbolizes the defense of slavery. Mississippi was the last state to have the Stars and Bars on its flag. 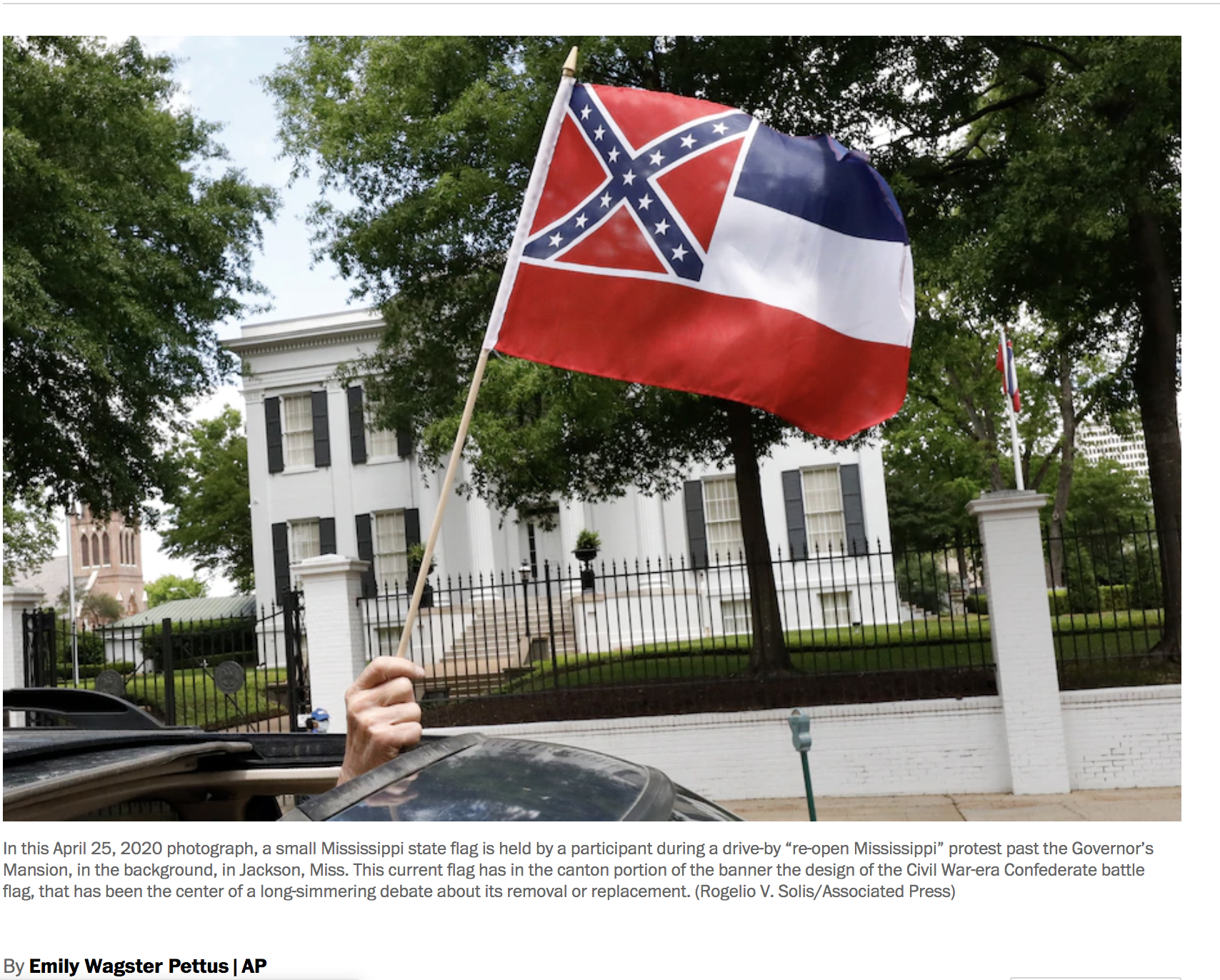 It’s not a done deal yet, but I’m betting, it being Mississippi and all, that the state seal, complete with an affirmation of our trust in a Nonexistent Man, will be slapped on the flag. Naturally, the idea was from Republicans supposedly seeking “unity”, though of course they’re “erasing” atheists:

JACKSON, Miss. — Two of Mississippi’s top elected Republicans proposed Wednesday that the Confederate battle emblem be replaced on the state flag with the words “In God We Trust,” seeking a path toward unity in their state amid the backdrop of national protests over racial injustice.

“It is my personal belief that it is time for us to change our state flag to reflect the love, compassion and conviction of our people,” Attorney General Lynn Fitch said. “The addition of ‘In God We Trust’ from our state seal is the perfect way to demonstrate to all who we are.”

Mississippi has the only state flag that includes the Confederate battle emblem — a red field topped by a blue X with 13 white stars. White supremacists in the Legislature chose the design in 1894 as backlash for the political power African Americans gained during Reconstruction after the Civil War.

Mississippi voters chose to keep the flag in a 2001 statewide election, but the design has remained contentious. Elsewhere in the country, debate has sharpened as Confederate monuments and statues recalling past slavery have been toppled by protesters or deliberately removed by authorities amid a groundswell against racial inequities.

“In my mind, our flag should bear the Seal of the Great State of Mississippi and state ‘In God We Trust,’” Hosemann said. “ I am open to bringing all citizens together to determine a banner for our future.”

Here is the Great Seal of the State of Mississippi. While it would seem to violate the First Amendments, the courts have ruled that “In God We Trust” is a nonreligious phrase (!). After all, it’s on our currency! 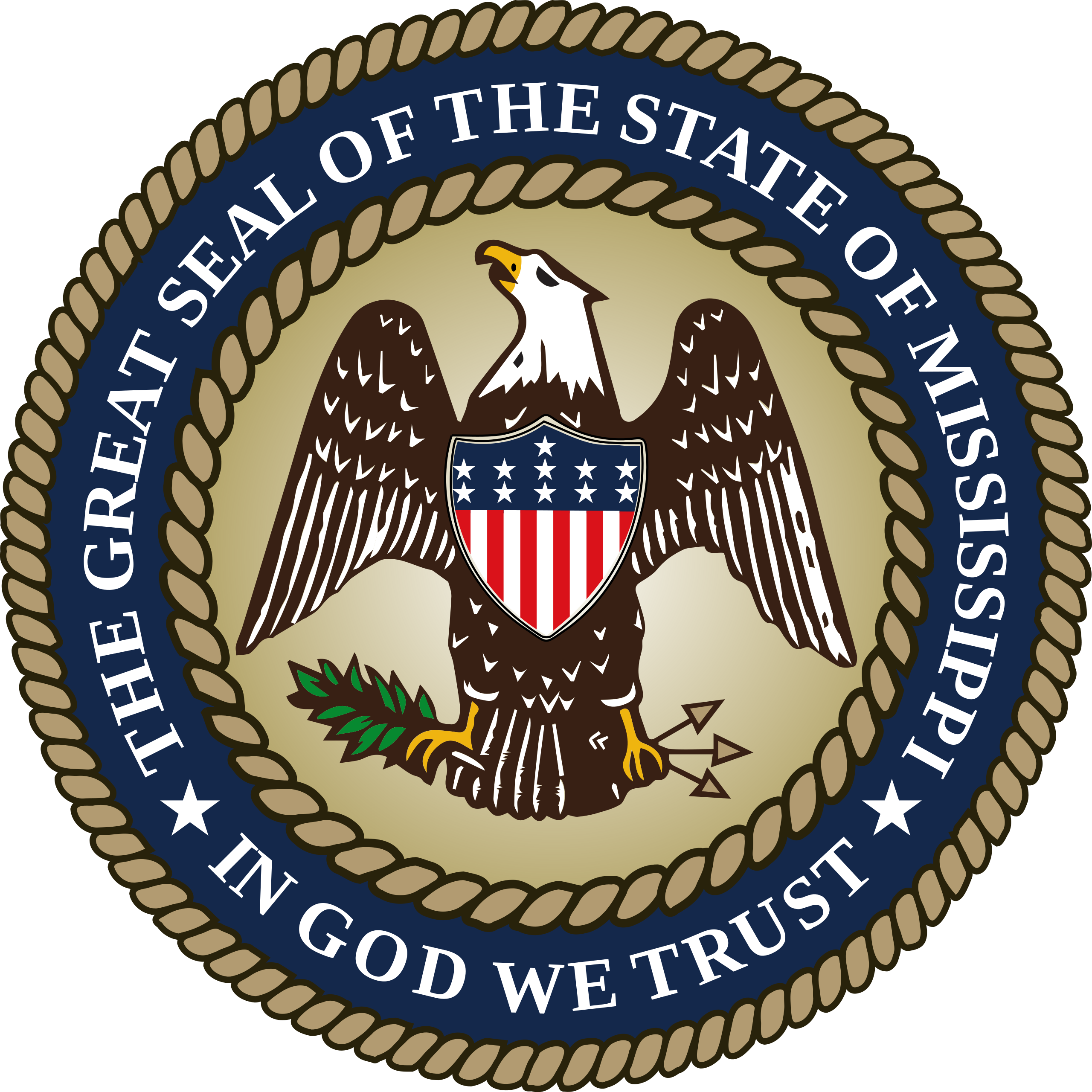 In truth, given a choice between the two flags, I’d much prefer the newer version, for slavery is more odious than religion. Some religions are pretty innocuous, while all forms of slavery are immoral and reprehensible. Still, isn’t there a flag that really will unite the people? After all, “inclusion” must deal with the increasing number of nonbelievers in America.

How about a nice emblem of the state bird? Oh, scratch that: Mississippi’s state bird is the mockingbird.

24 thoughts on “Which is worse on a flag: approbation for slavery or for a nonexistent god?”