Good morning on Saturday, June 27, 2020: National Orange Blossom Day. What’s being celebrated here is the flower, but in fact there is a cocktail, the “Orange Blossom,” containing gin, orange juice, and vermouth. It’s what we in the trade used to call a “sissy drink”: a way to get drunk if you didn’t like the taste of booze. That’s not quite fair here, since the drink has equal parts of of each ingredient.

It’s also National Indian Pudding Day, my favorite among all puddings, but hard to obtain unless you cook it yourself (a good recipe is here, and don’t forget the ice cream atop the warm pudding). It’s a dish of the American northeast, once at its best at Durgin-Park restaurant in Boston, now sadly defunct.  Here’s a fine specimen. I recommend you try making it; you’ll either love it or hate it, but you must try it once: 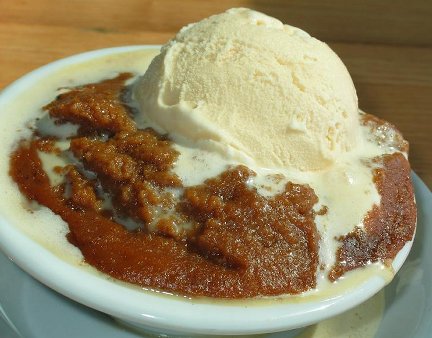 The big news is that, due to unwise reopenings and the failure of Americans to take the pandemic seriously, the number of coronavirus cases hit a record high yesterday: about 45,000 new cases, the third day in a row a record was set. ICU beds are nearly full in some places in Texas. Some state governors and Pence still try to rationalize this, citing the First Amendment and the right of assembly.  And the EU is considering banning most American travelers because we’ve been so stupid in controlling the virus. Will I ever see my beloved Paris again?

Anthony Fauci is giving serious warnings about the pandemic not abating in our country, and at the meantime”Vice President” Pence, minimizing the serious resurgence of the pandemic, refuses to endorse the wearing of masks.

As I feared but predicted, the pandemic is now hitting India hard, with half a million cases reported, and half a million predicted in Delhi alone by late July. The medical system is cracking, and sick patients are being turned away from hospitals.

Voting mostly along party lines, the Democratic-majority House of Representatives voted yesterday to make Washington, D. C. a state (it has a higher population than several existing states and pays more taxes than some). The Senate, under McConnell will likely prevent this from coming to a vote, and Trump is opposed to statehood, but perhaps we’ll have a Democratic Senate next year.

Finally, we had a hell of a thunderstorm last night in Chicago, with 60 mph winds, lightning, thunder, and all the fury of Ceiling Cat in the pouring rain. Honey’s ducks took advantage of a tailwind to do some short flying hops in the pond, while Dorothy hunkered all night long on the grassy mound, sitting on her seven ducklings (yes, there are still seven. Here’s a pondcam shot showing her sitting tight during the worst of the storm (cursor): 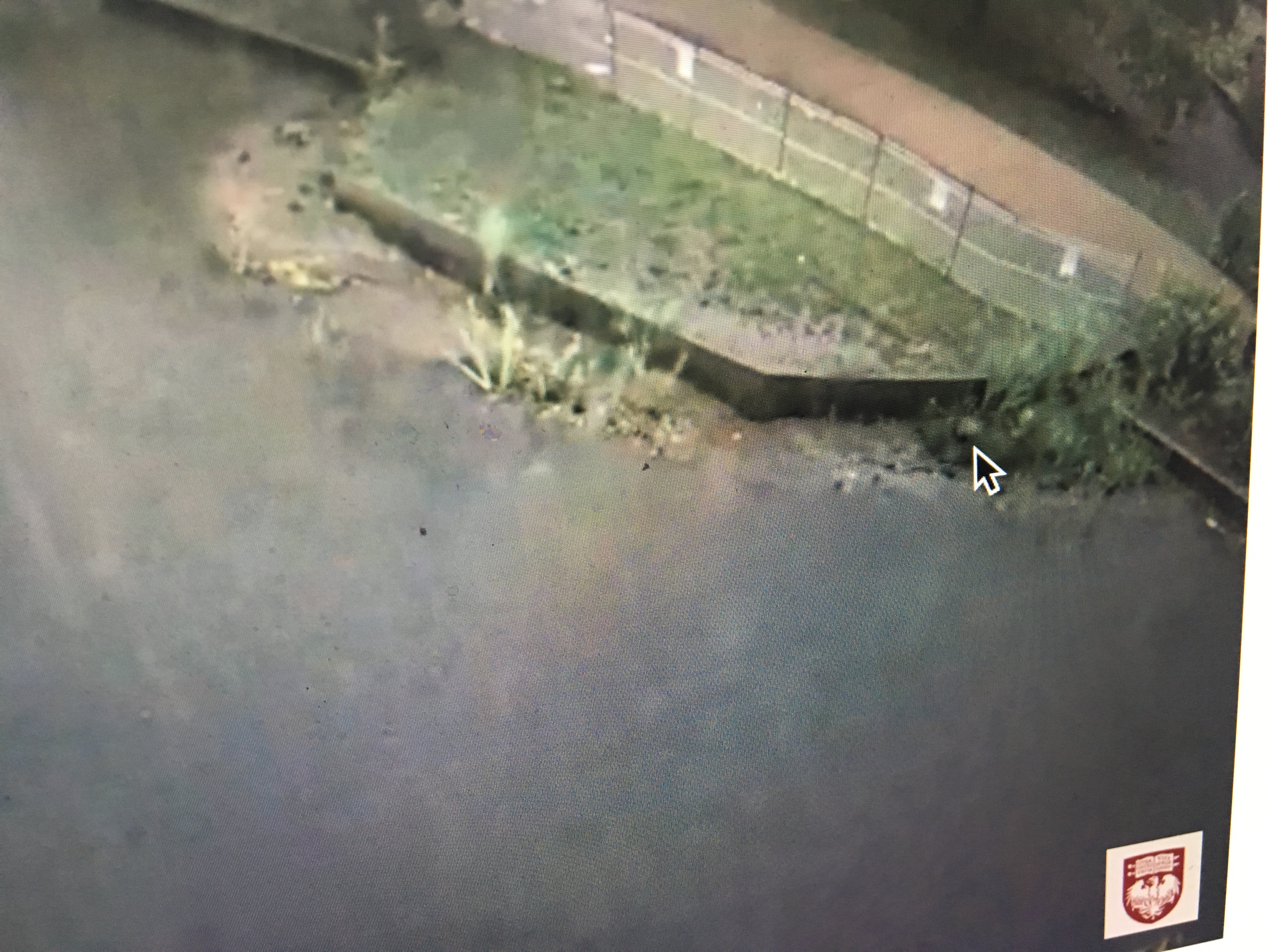 Some photos of Chicago from my crib. The first was on June 11, just showing a night view, while the second and third show downtown during the storm and then clearing up afterwards, during sunset: 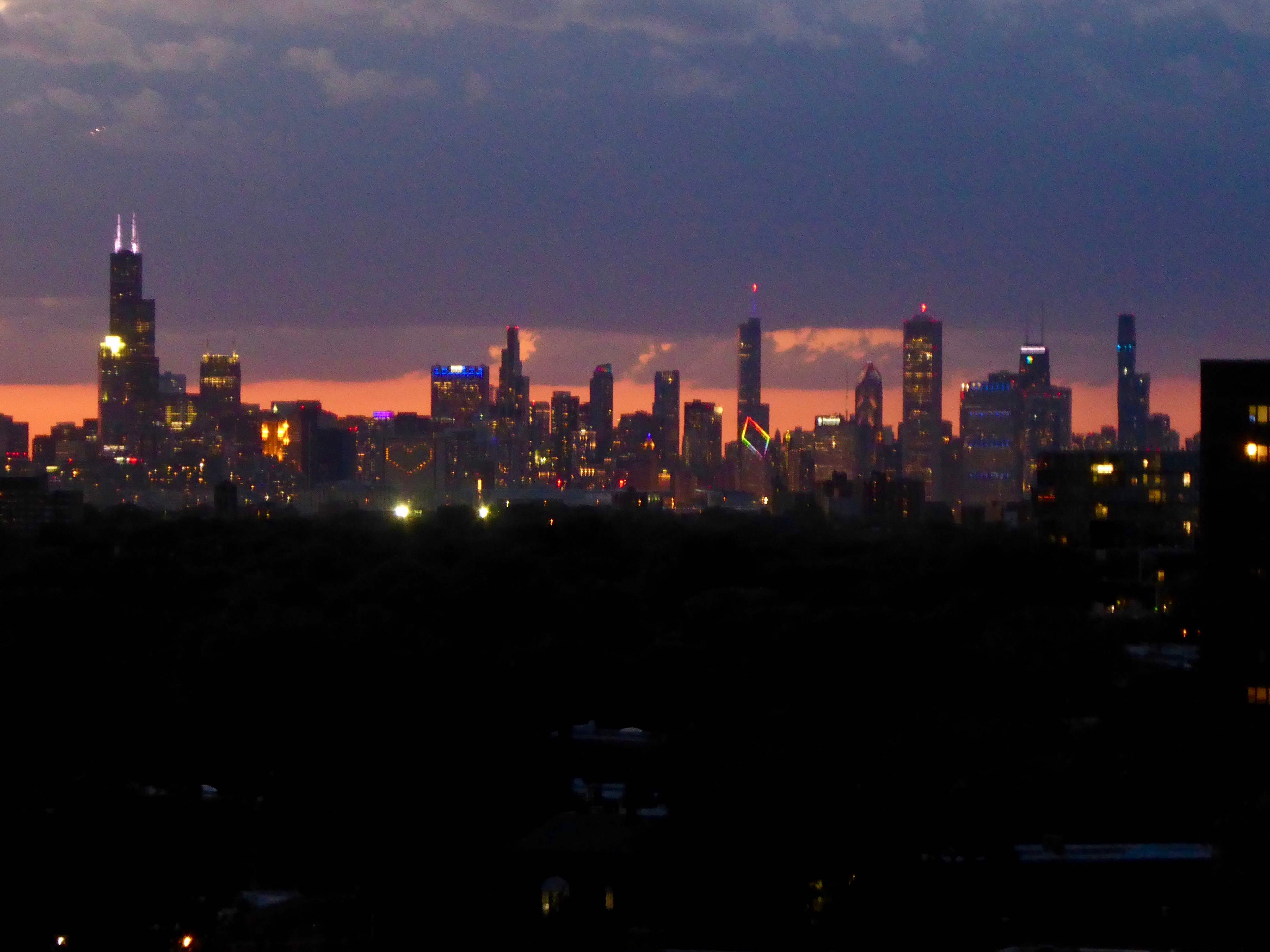 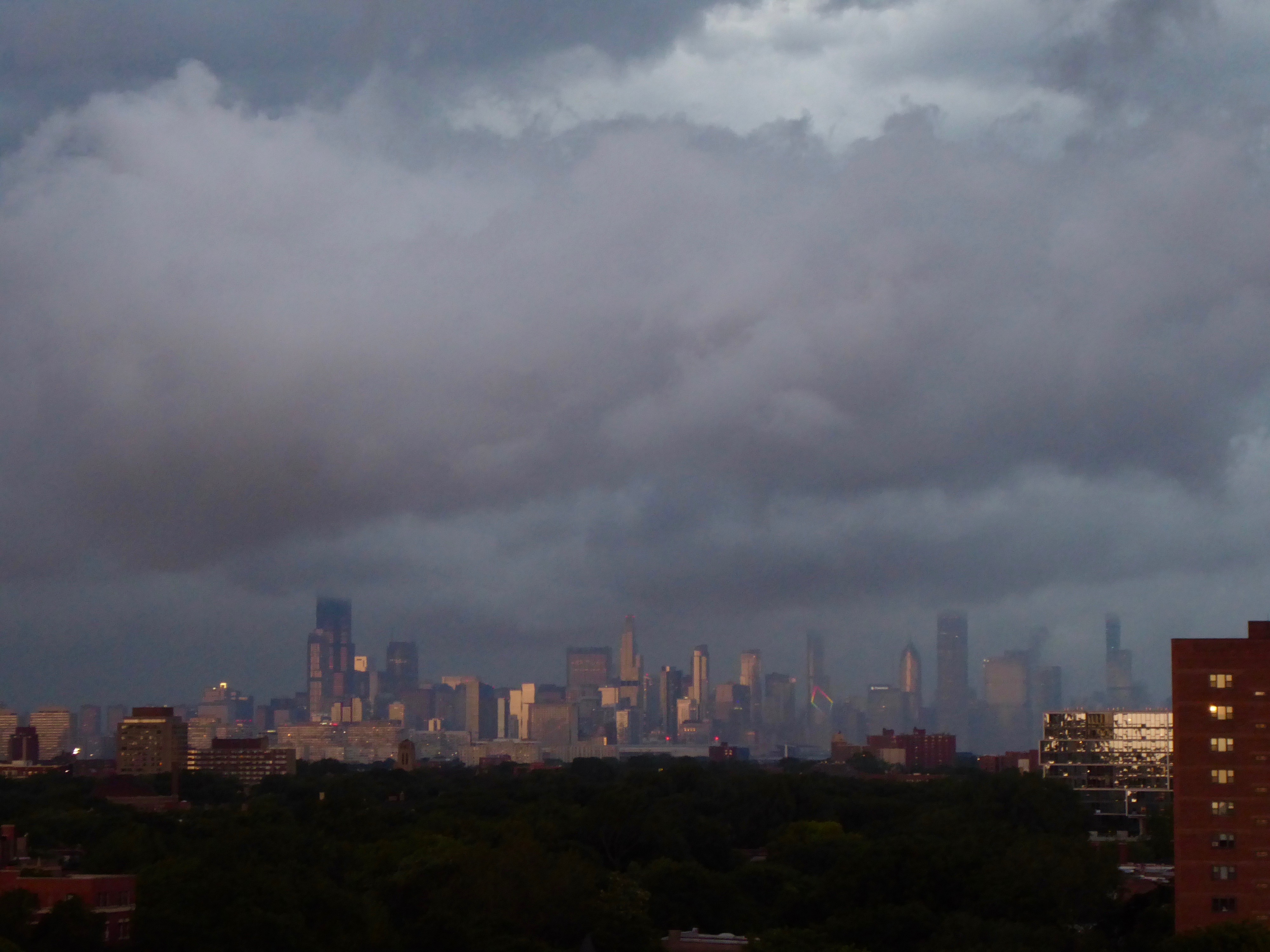 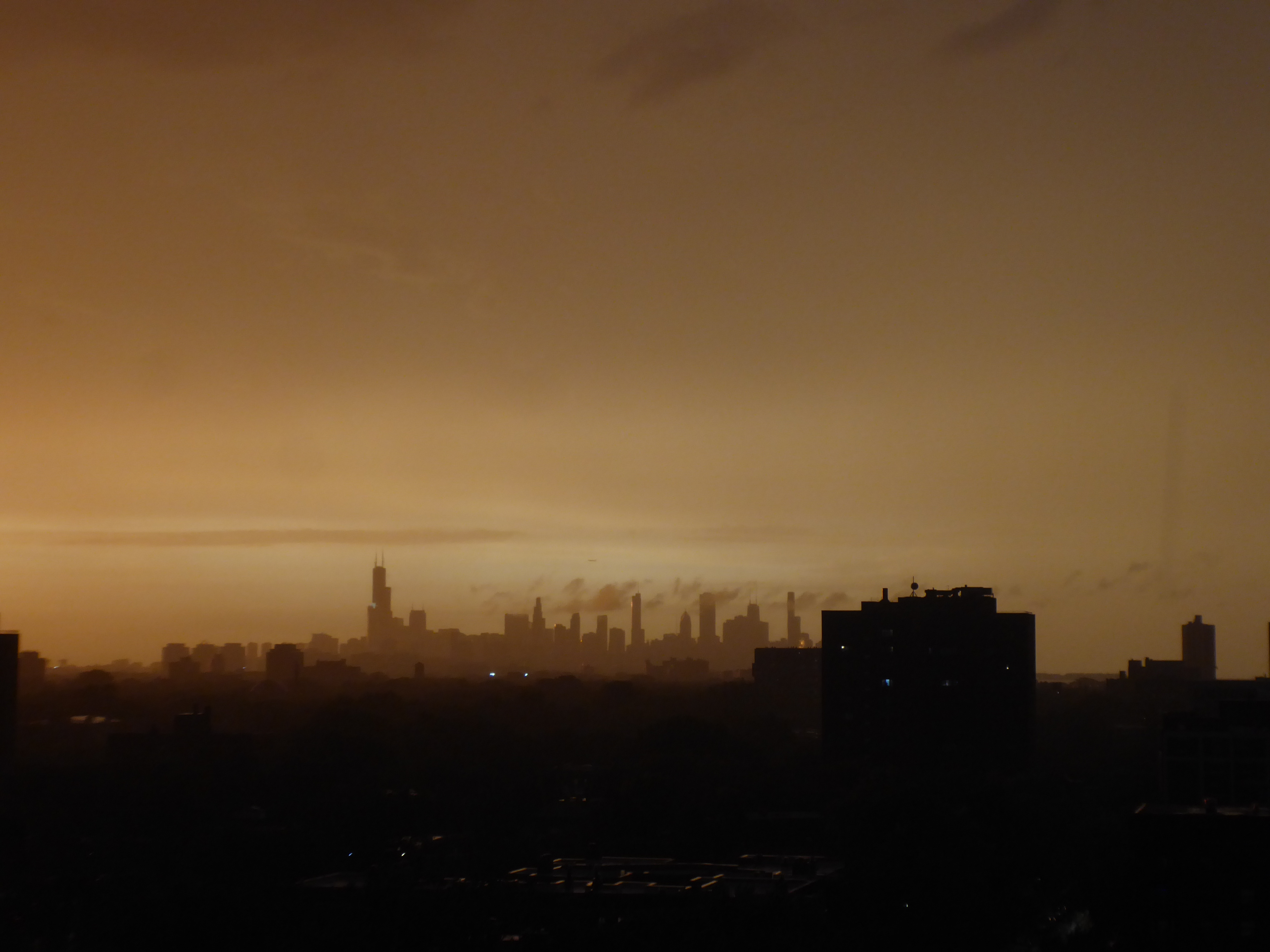 Meanwhile in Dobrzyn, Hili indulges in her fantasy that she’s a tiger:

Hili: After all the rain our garden has turned into a jungle
A: I like it. 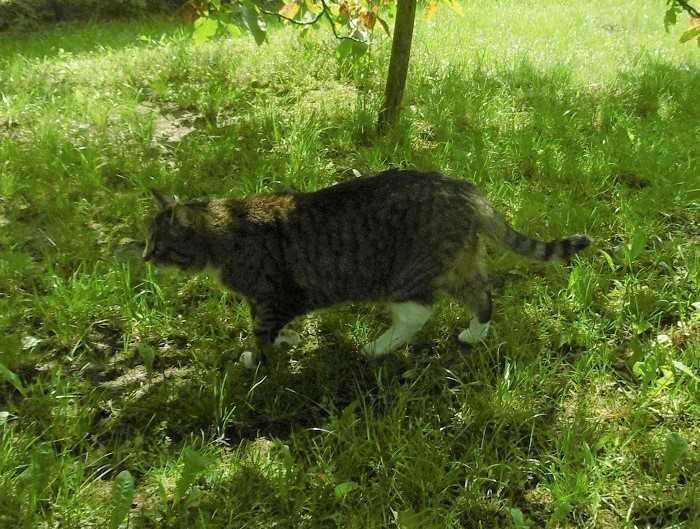 A Mike Lukovich cartoon from reader Charlie, who adds, “Sorry Jerry,  tRump has me so pissed off I’m not functioning particularly well.” I hear you, Charlie! 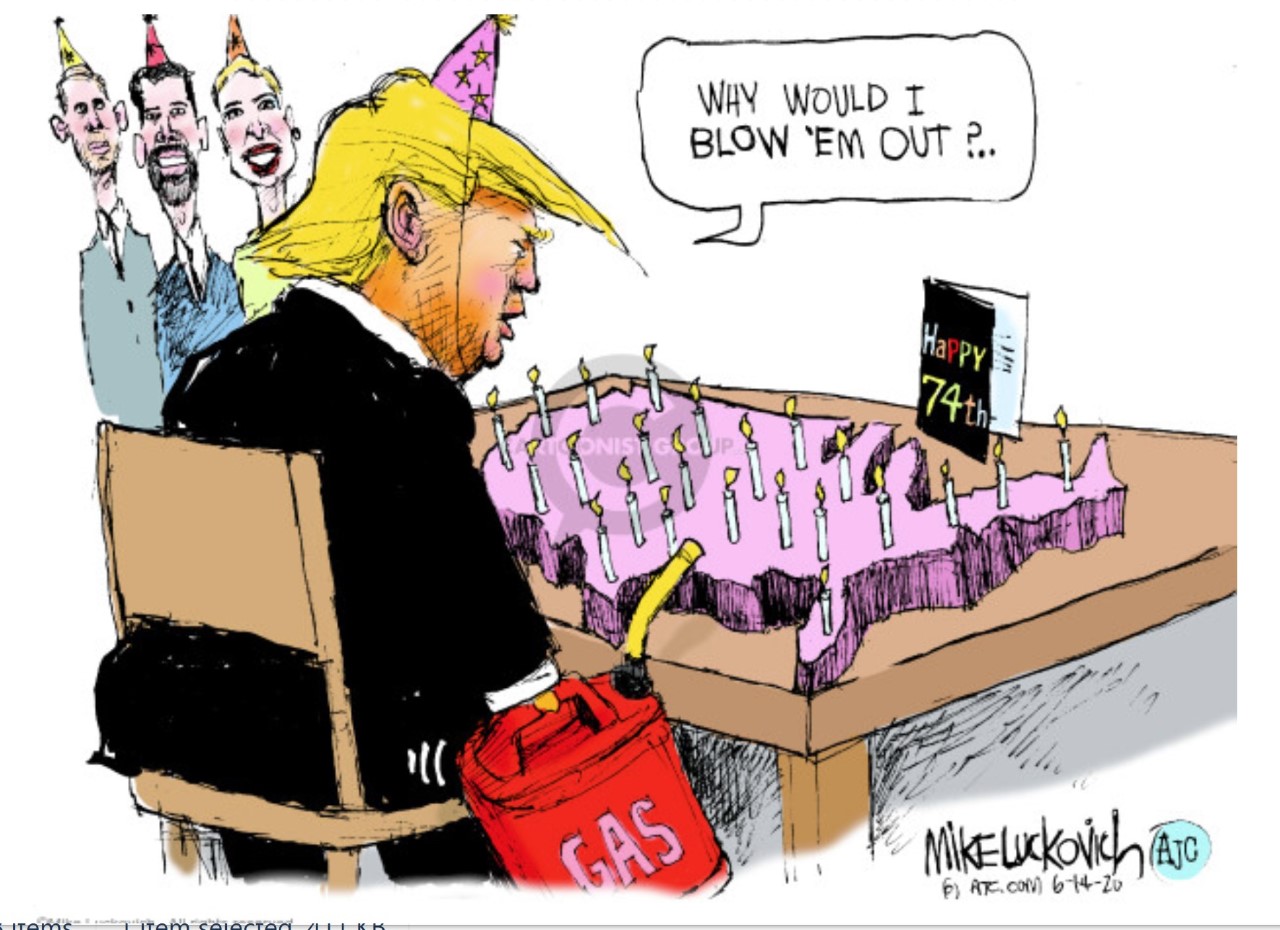 Some sobering tweets from reader George. You might want to watch the animation of what it’s like to be intubated (it’s not pretty, but it’s an animation):

Wear a mask. That is, unless you want to be intubated by a gynecology intern July 1st who did her last semester of med school via Zoom.

how to make a golden retriever smile
(gusthegoldenretrieverr IG) pic.twitter.com/GBx3Olvixe

Also from Simon, the inimitable Sarah Cooper lip-synching Trump. This is a pretty good one:

How to second term pic.twitter.com/WTuH277sUA

In these pictures, presumably from Brazil (it’s in Portuguese), parrots are nomming the side of a building because they crave the clay, and bricks are made of clay. Or so the caption says.

“It is relatively common for Psittaciformes to gather in natural muds (banks of Amazonian rivers for example) where they eat clay soil in search of nutrients and / or neutralizing aggressive substances in their diets. But in a brick building it is too fascinating.”

Why am I on TikTok? Pretty much this. pic.twitter.com/UAHDKlFFUY

And a helpful cat completes the scale:

The famous “footstep illusion”: the blue and yellow bars are in line and moving around the circle at the same rate, but their movement looks staggered. As one commenter on the thread noted, it would be cool to make a clock with a second hand like this.

A proof that’s simpler to see: