Charles Jones, a geologist at the University of Pittsburgh, sent in some bird photos. His captions are indented:

The upside of lockdown is that my daughter Hannah and I have had a lot more time to go out birdwatching.  The lockdown started early in the spring migration season for western Pennsylvania.  This first batch of photos is largely from late March and early April, before many migrants had arrived.

I include this photo of a pileated woodpecker (Dryocopus pileatus) from late December because we’d never seen pileated woodpeckers eating fruit.  Both she and her mate spent quite a bit of time in the outer branches eating berries. 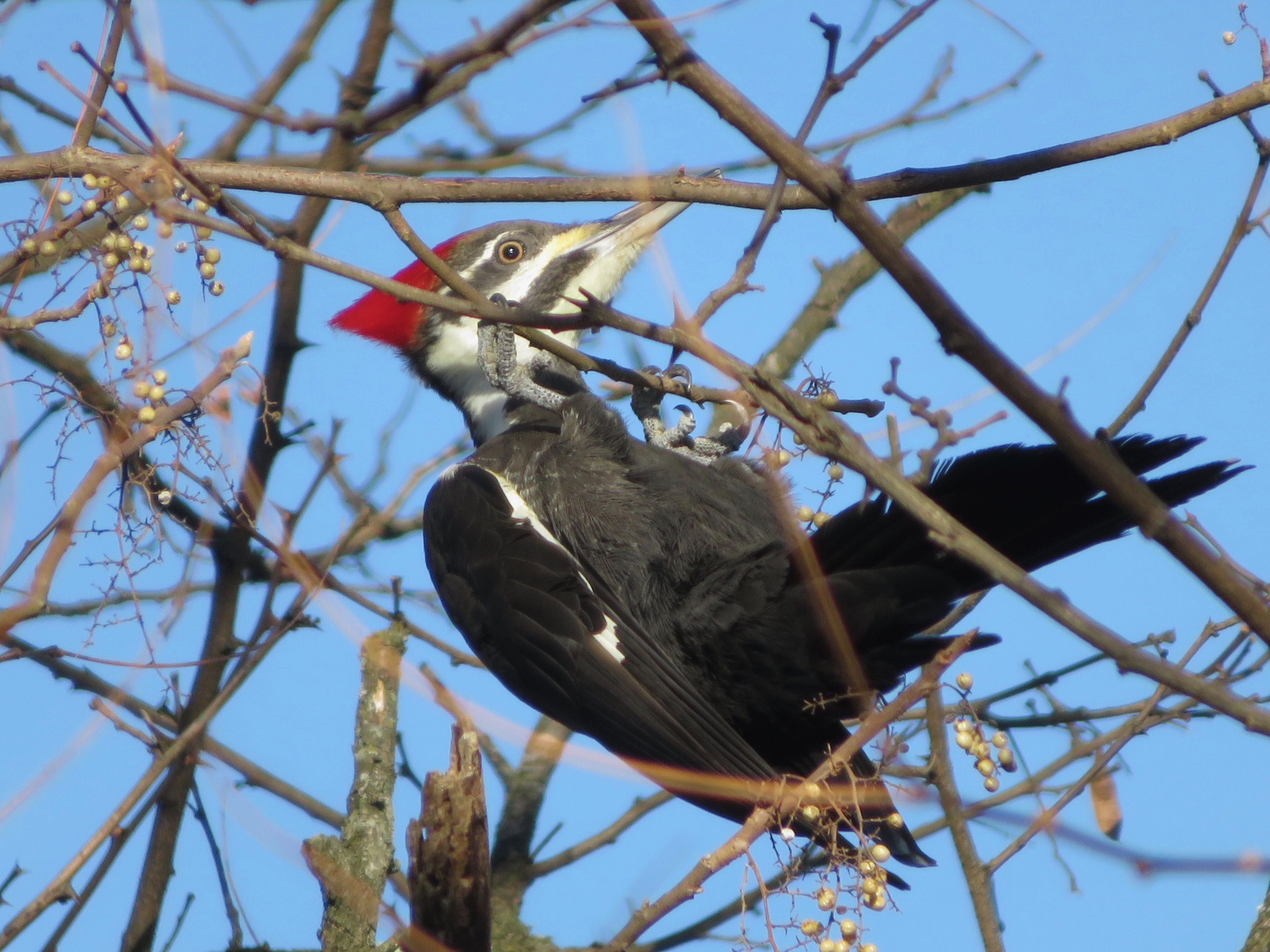 Spring brings both more bright sunshine and the occasional cold snap that causes birds to puff their feathers.  The mourning dove (Zenaida macroura) is a lovely bird! 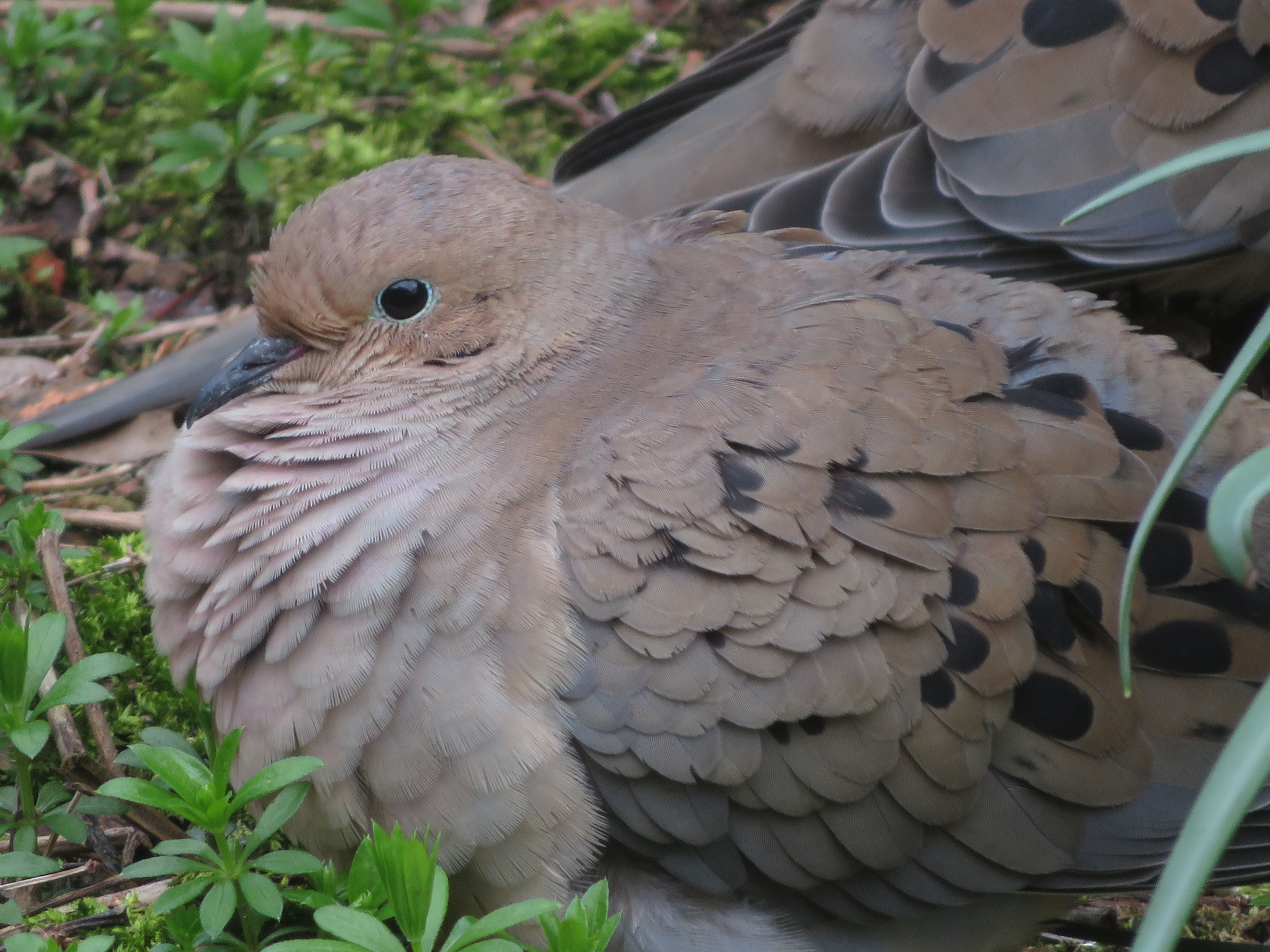 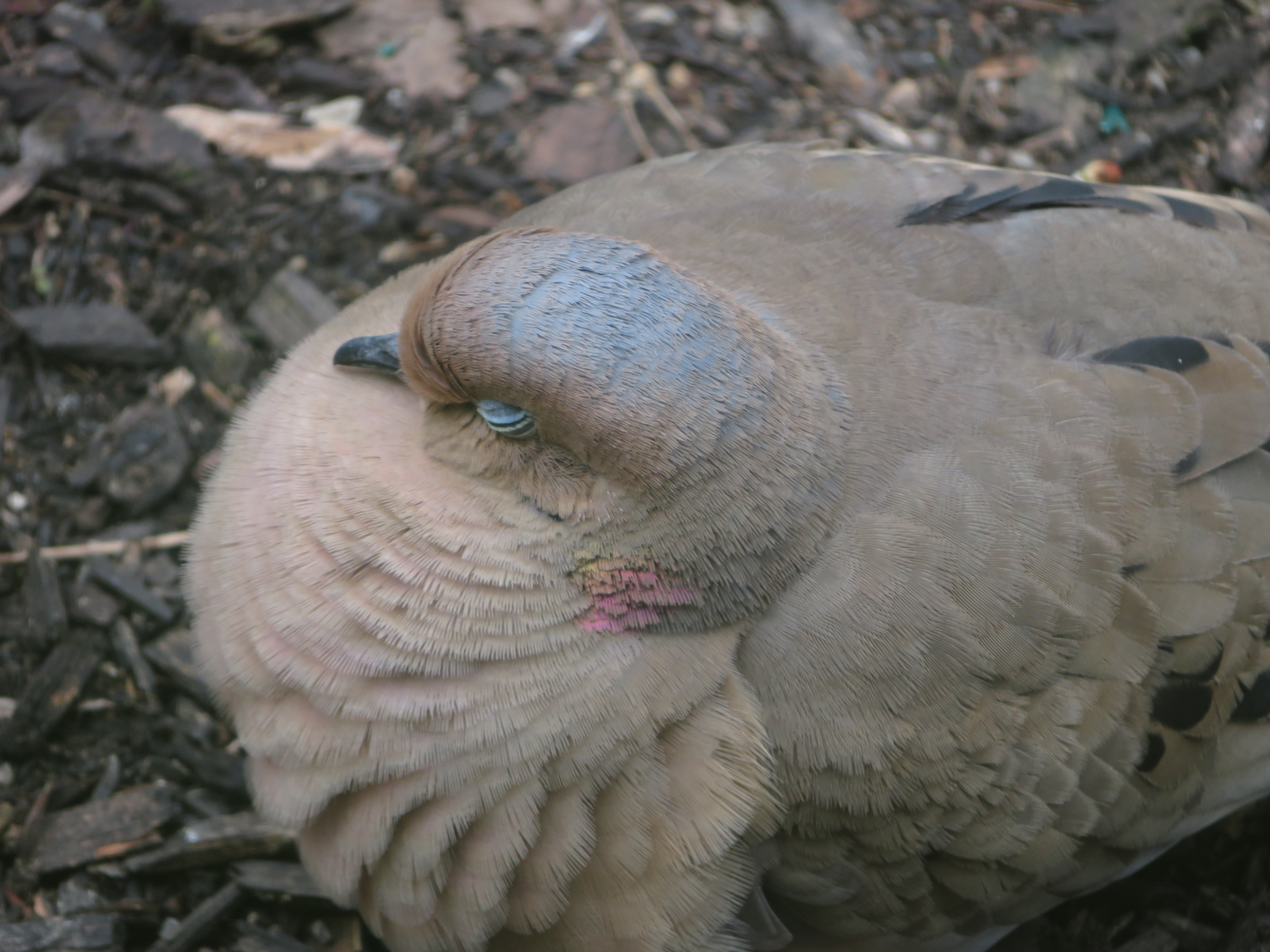 The golden-crowned kinglets (Regulus satrapa—great name!) are small, active birds that move rapidly among tree branches.  They tend not to pose and are difficult to photograph.  Last year we spent a lot of time at local bird hotspots looking for these guys.  This year, now that we are better at taking the time to look for tiny birds, we spotted quite a few of these guys a mere two blocks away in the scrubby trees of our local elementary school.  It’s amazing what you can find when you take the time to look! 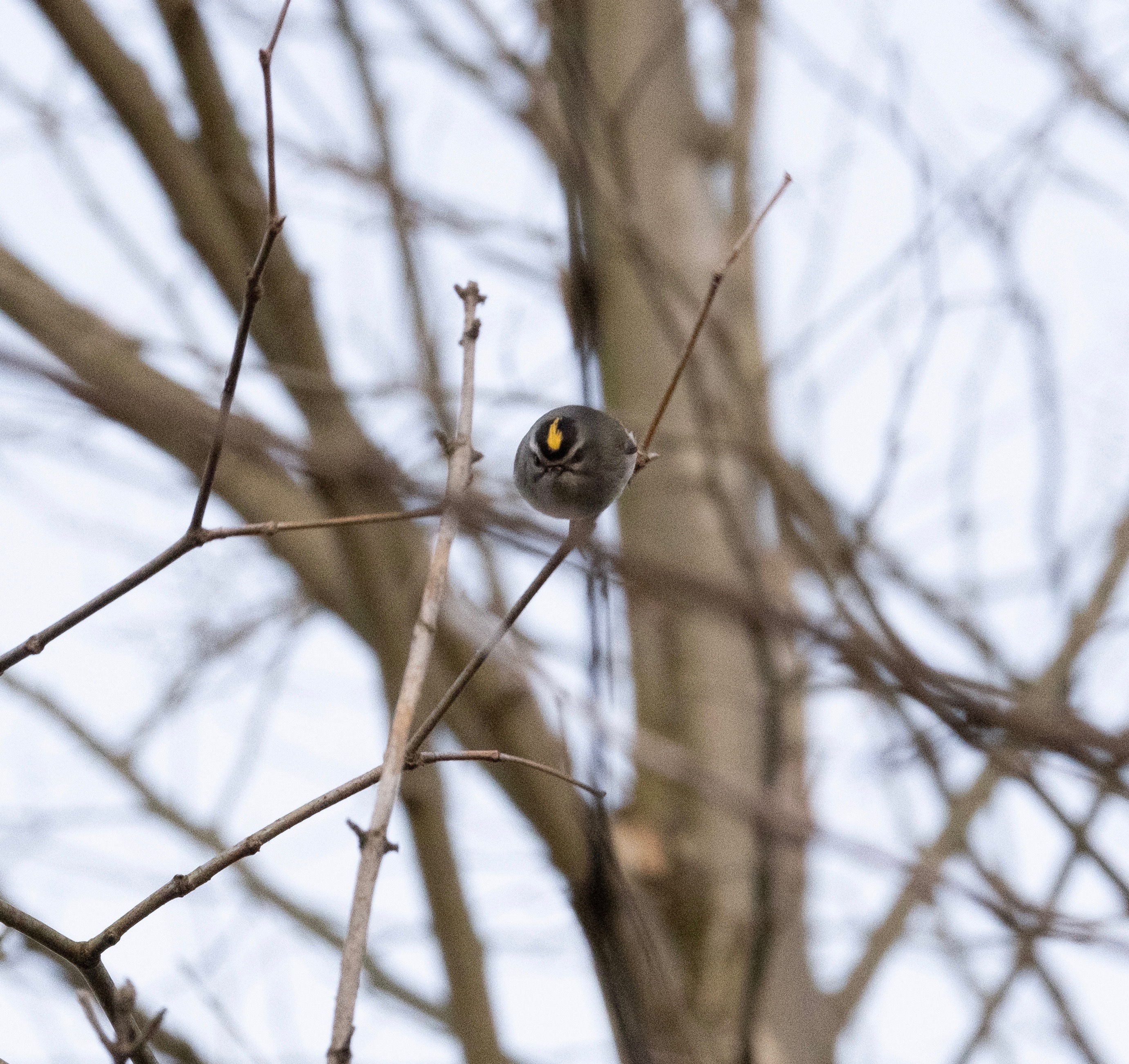 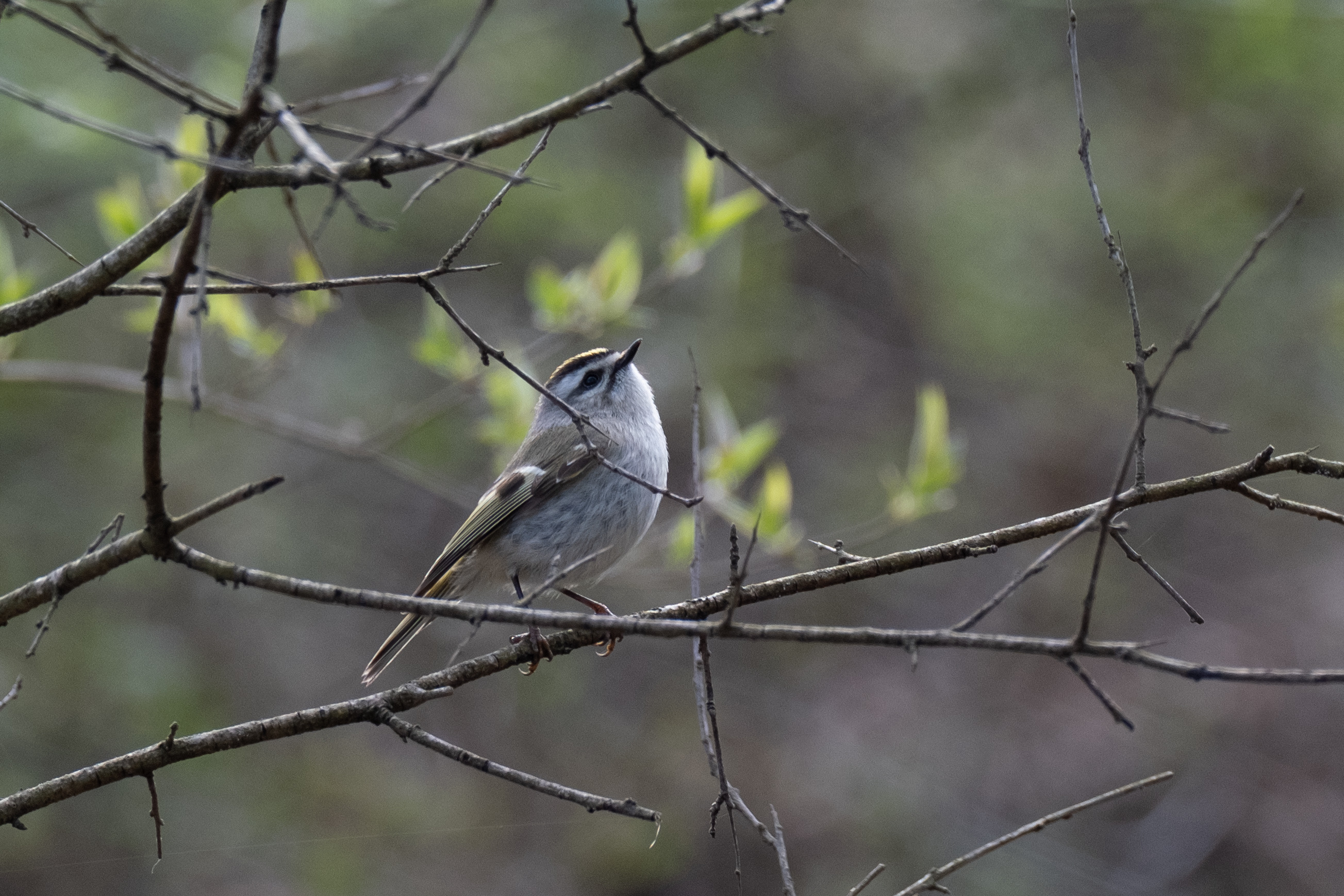 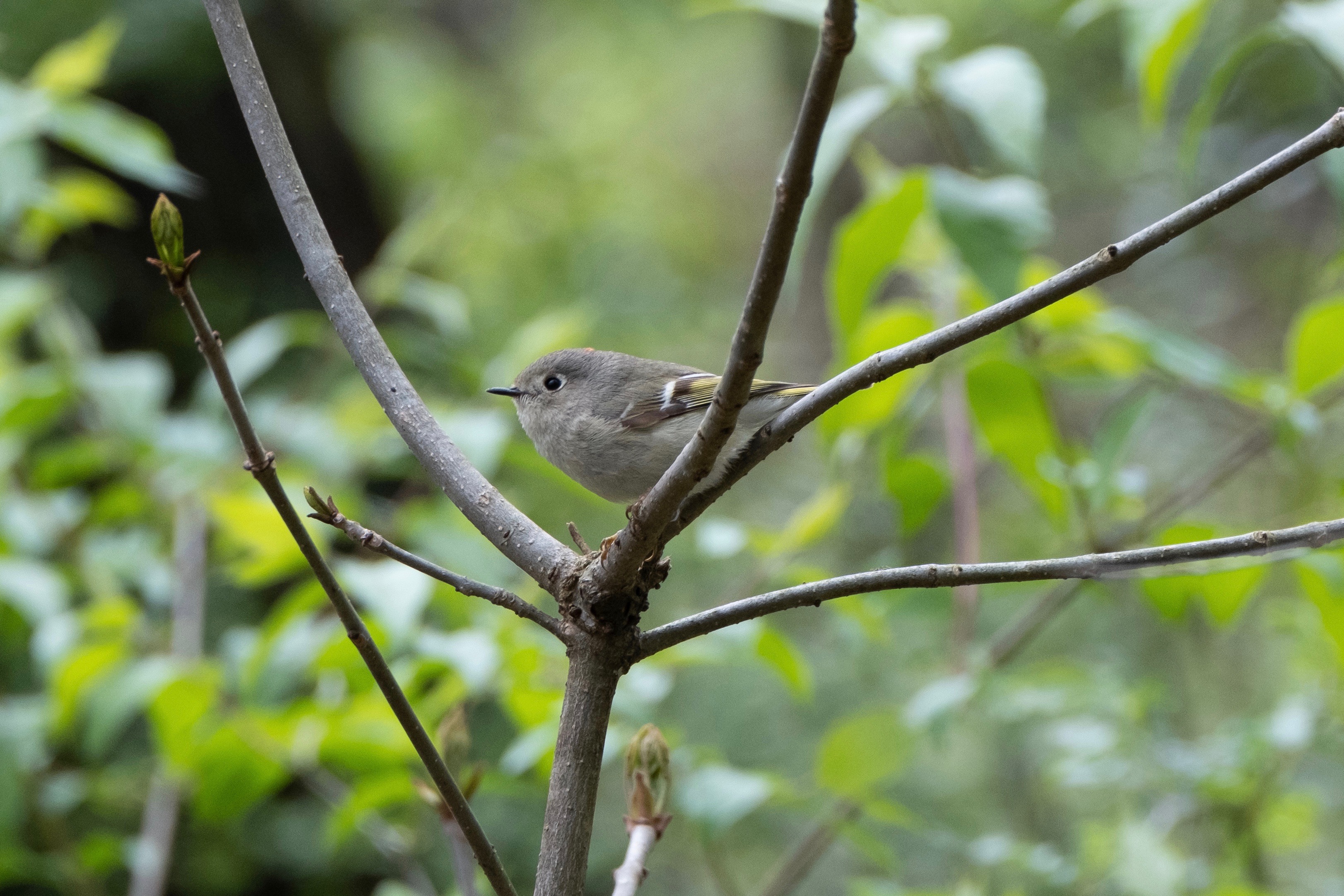 About two weeks later the golden-crowned kinglets had moved north (or perhaps east to the higher elevations of the Appalachians), but were replaced by these cute guys, the ruby-crowned kinglets (Regulus calendula).  AllAboutBirds.org describes these as “tiny birds seemingly overflowing with energy.”  The key to spotting them is to chase down any quickly moving birds with your binoculars/camera. 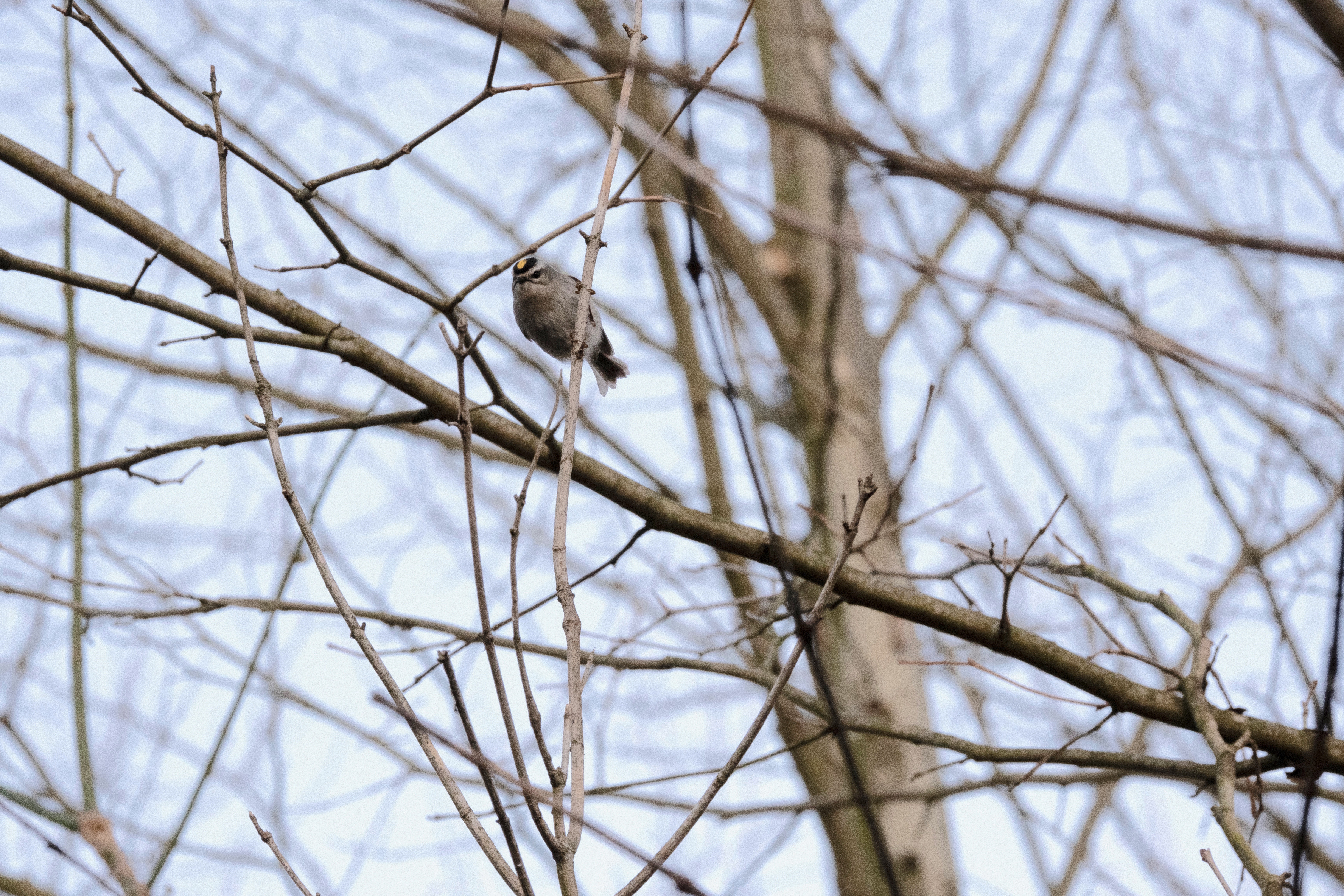 The ruby crown normally goes up only when it’s time to impress a potential mate.  Otherwise you can only see the red if you can managed to see the back of the head. 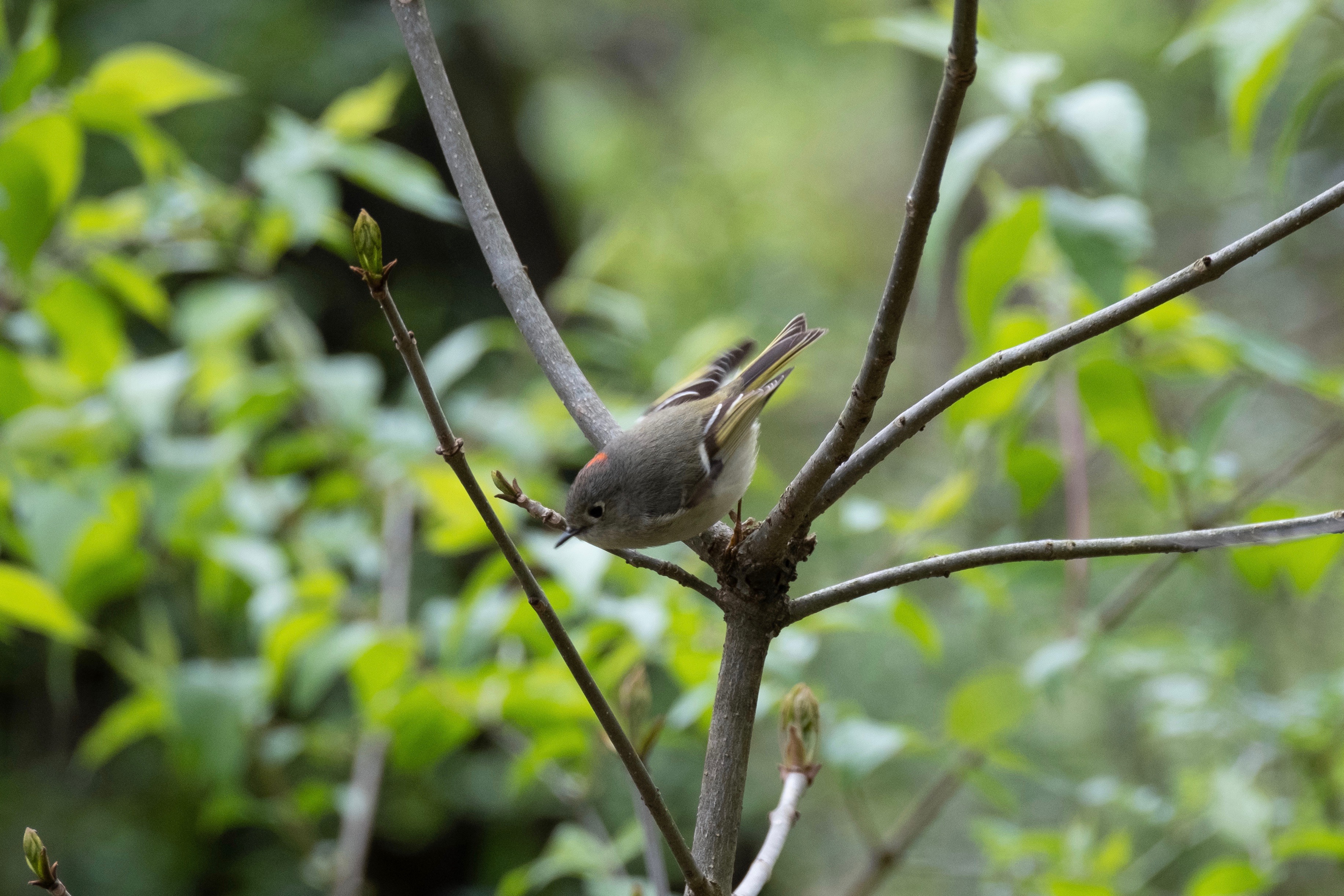