As one of my grad-school friends used to say, “Grease the new day!” It’s Wednesday, May 27, 2020: National Italian Beef Day and National Grape Popsicle Day. If you like the second better than the first (the Italian Beef sandwich is a Chicago speciality), you’re nuts. It’s also Nothing to Fear Day (what about the virus?),Sunscreen Protection Day, the beginning of National Reconciliation Week in Australia, and Cellophane Tape Day, where there are instructions for observance:

The day should be celebrated by using cellophane tape. Besides using it on paper, there are many other ways you could use it:

Indeed! I for one am celebrating (ignore the pandemic hair): 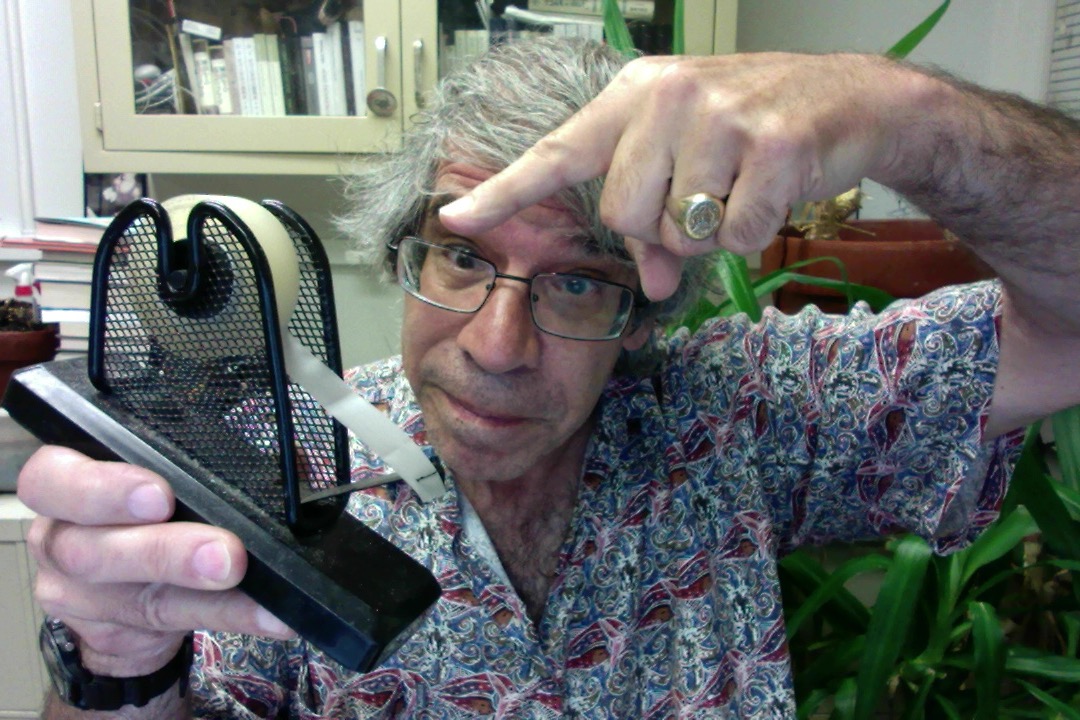 The New York Times has an interactive map of where the coronavirus “hot spots” are, and of course one is around Chicago. Click on the screenshot to go to the map: 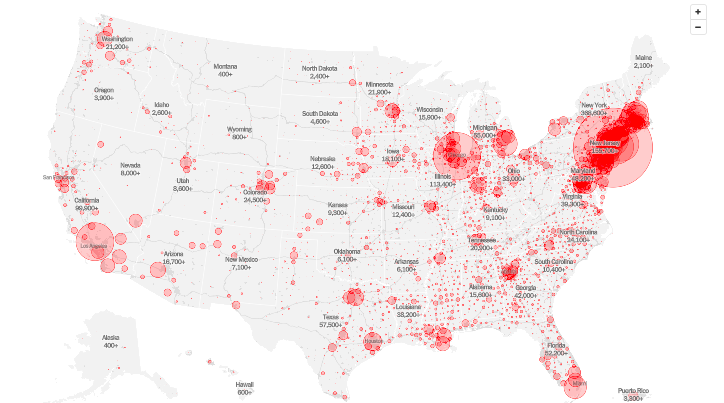 Twitter has started fact-checking Donald Trump’s tweets—well, two of them about mail-in balloting. Here’s a screenshot and the NYT explanation of how Twitter has added a note to them (the blue addendum doesn’t embed with the original tweet, but you see it on the Twitter site): 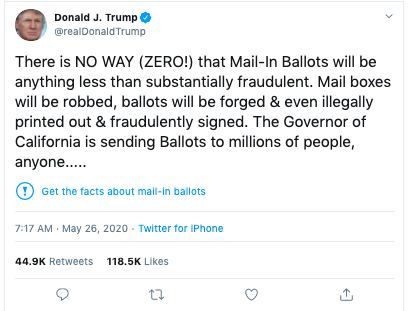 Twitter added information to refute the inaccuracies in President Trump’s tweets for the first time on Tuesday, after years of pressure over its inaction on his false and threatening posts.

. . . . The links — which were in blue lettering at the bottom of the posts and punctuated by an exclamation mark — urged people to “get the facts” about voting by mail. Clicking on the links led to a CNN story that said Mr. Trump’s claims were unsubstantiated and to a list of bullet points that Twitter had compiled rebutting the inaccuracies.

Stuff that happened on May 27 include:

Here it is, and the song starts at 2:17.  Wikipedia adds, “Additionally, [the song] was the inspiration for the title of Edward Albee’s 1963 play Who’s Afraid of Virginia Woolf?

Only 114 German sailor survived that brutal battle; here’s HMS Dorsetshire picking up some of them. (If you’re an oldster, you’ll remember Johnny Horton’s song, “Sink the Bismarck“.)

Hickok, a legend of the Wild West, was shot at age 39 while playing poker. He was reportedly holding what is now known as “the dead man’s hand”: a pair of aces and a pair of eights.

Those who popped their clogs on May 27 include:

Meanwhile in Dobrzyn, Hili and Szaron continue their wary path toward friendship:

Szaron: Why are you lying here?
Hili: So you will have something to ask about. 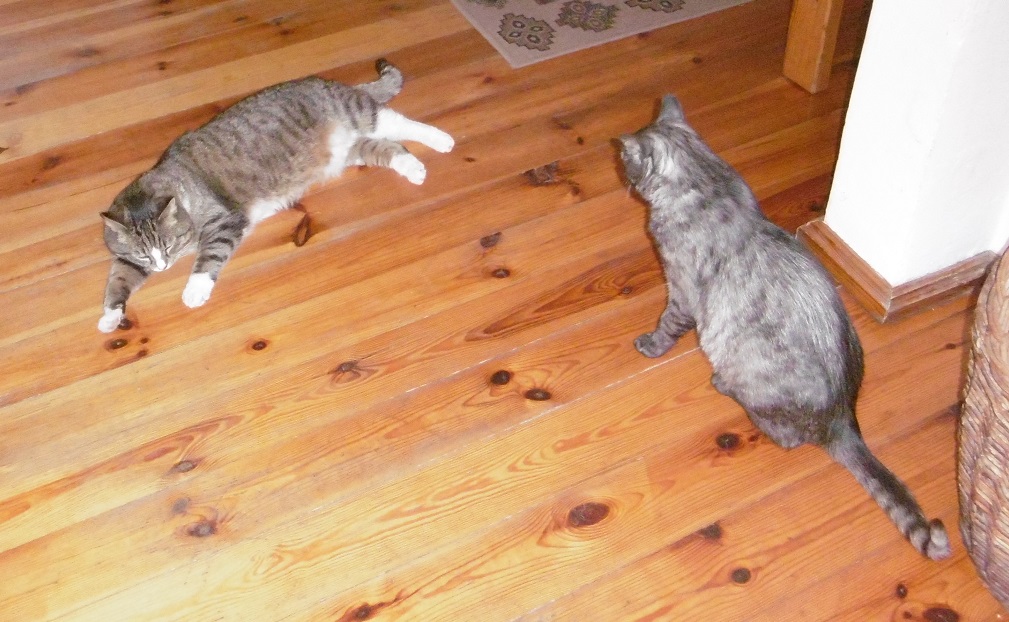 From Literary Jokes and Puns: 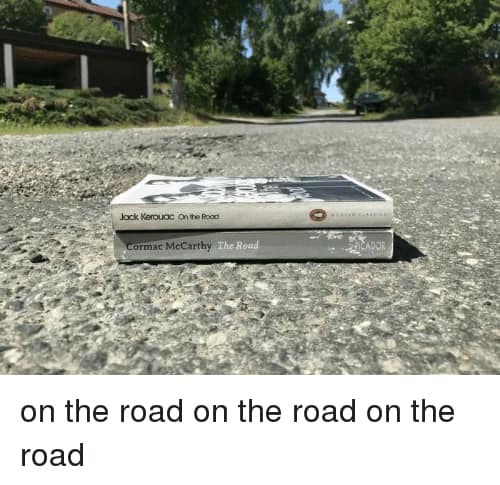 A meme from Bruce Thiel. If this is what it takes to get a haircut, count me in! 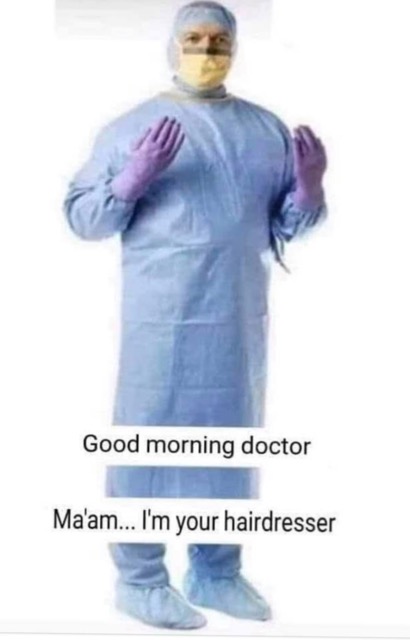 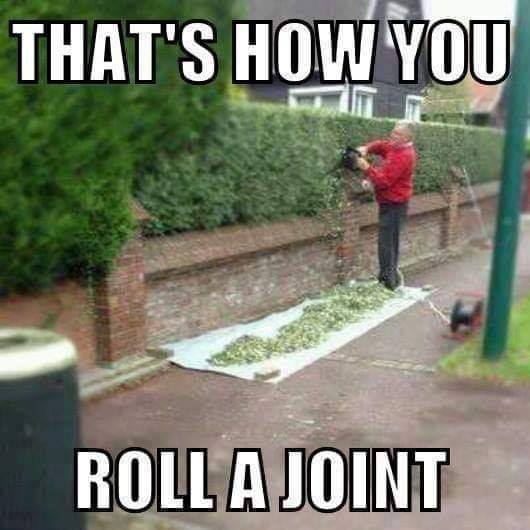 I tweeted about Sam the Duckling to Dr. Antonovich, who also did a duckling rescue, and got a swell reply from her:

Me: "I'm going to get so much writing done today!"
Random Baby Duckling: "Nope."
A thread. 1/7 pic.twitter.com/zYMbURy2RJ

They hid my picture of Sam the Duckling (you can see it by clicking on the tweet). That’s sensitive content???

Sam is a mighty fine duckling.

A tweet from reader Barry; the moth is the rosy maple moth (Dryocampa rubicunda), found in North America and, yes, its preferred host is the maple tree.

This moth exists in nature and it’s ON MY DECK pic.twitter.com/frBXkvav3d

Now this is the most ridiculous lockdown project ever, but I find it hilarious. And be sure to turn the sound up!

So my Dad made good use of his time in lockdown and built a huge laughing Kookaburra. pic.twitter.com/UGVC4dZsCL

Of course we need to know this. What could be—dare I say—cooler?

But a correction this morning: the pelicans are yawning, not cooling off. Still, they’re weird-ass birds!

Matthew calls this a “fabulous thread of flower/fly ecology.” It is, too, involving a strange mutualism between flower and fly, with the fly spending almost its entire life in one flower and the larvae consuming the seeds (and each other!):

A THREAD ABOUT GLOBEFLOWERS. 1/6
I'm babysitting these globeflowers, Trollius europaeus for a year, grown from locally collected seed, before planting them out in our montane plant sanctuary at @WildHaweswater. #wildflowers pic.twitter.com/giksu1IiJg

Translation: “I’m suffering from cat harassment.” But there is no such thing!

And of this one Matthew comments, “Who knew?” Indeed. Why are adults black and cygnets light gray?

Crikey, I wouldn’t want to have to break up this fight.

This goes waaaaaay back. We have lots of crocodylian #fossils with half-healed bites on their faces. https://t.co/9WAUncewOt