Please send in your wildlife photos, as the tank is draining and not being replenished very often.

Today we have photos from a regular, Mark Sturtevant, whose words are indented:

These are more pictures of mostly insects from 2018. Clicken to embiggen if you want.

Late in the summer and well into the fall in the Magic Field, the nymphs of my favorite grasshopper begin to appear. This is the coral-winged grasshopper (Pardalaphora apiculata) which is I think the largest grasshopper in my area but is also beautifully camouflaged against the mosses and lichens of this place (see the linked picture). So here are some very young nymphs of this species. They overwinter as juveniles, so many months later one can see active nymphs in the spring after they had broken dormancy. 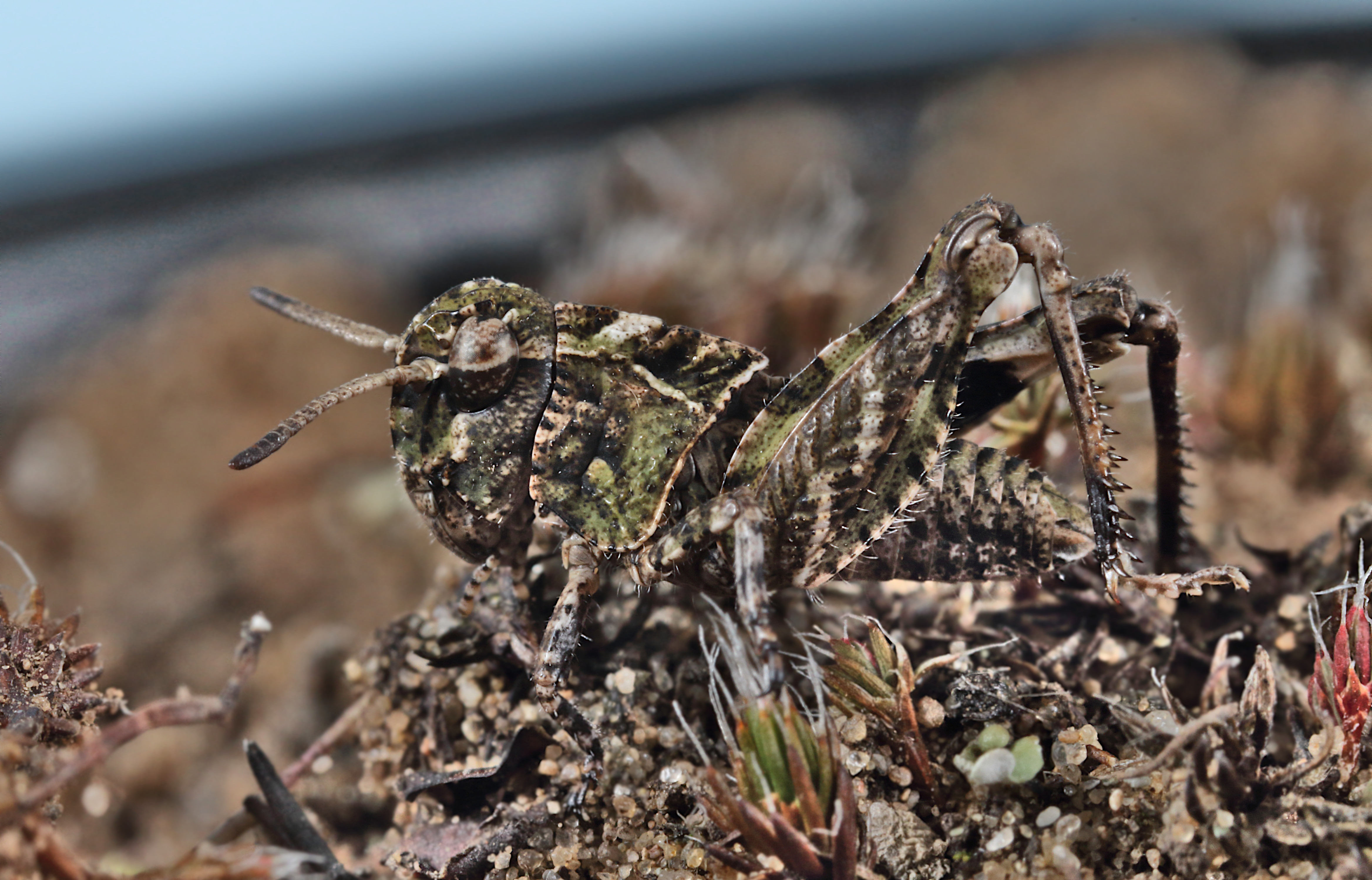 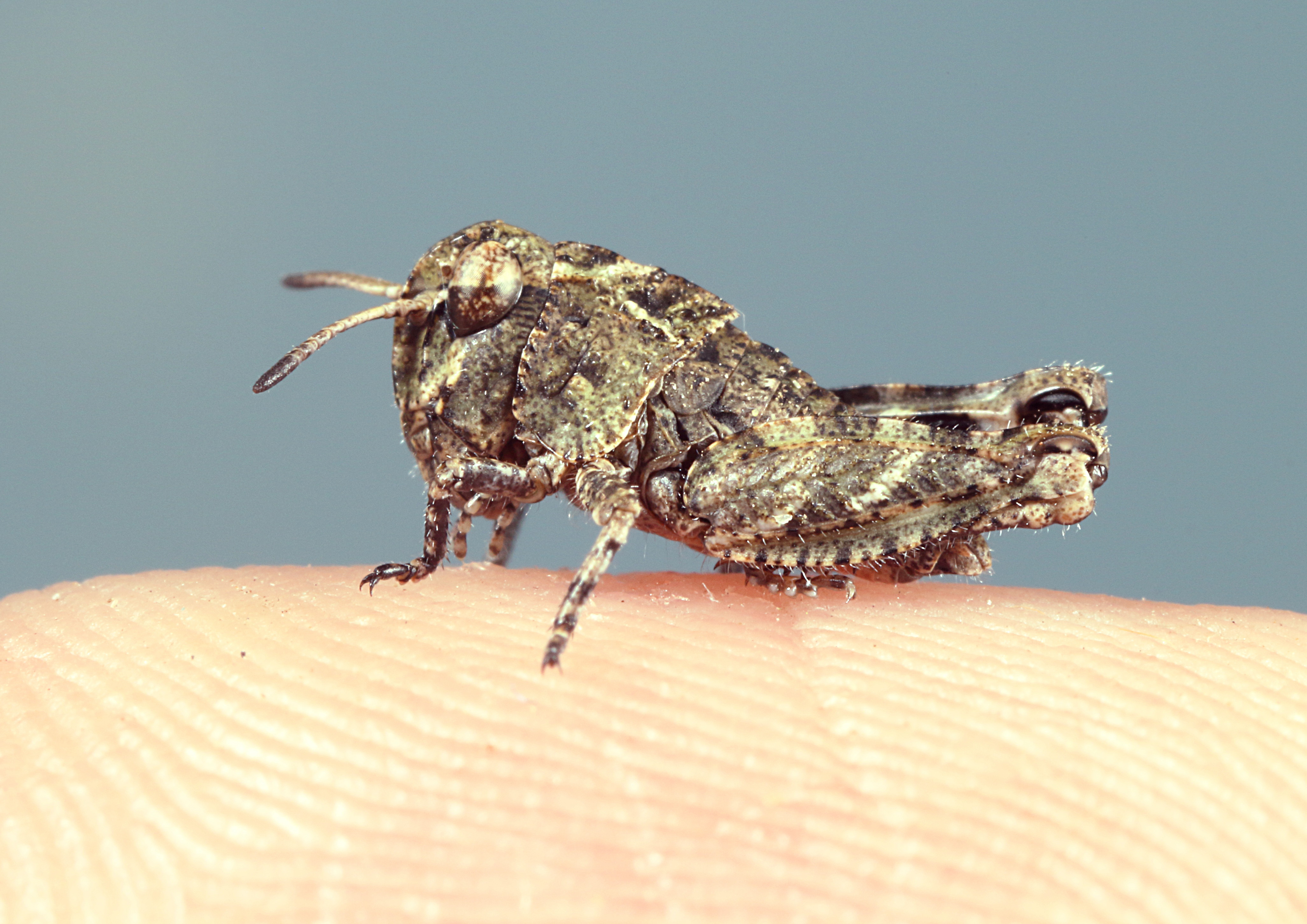 Another late summer insect in this location is the beautiful Big Sand tiger beetle (Cicindela formosa), as shown in the next two pictures. 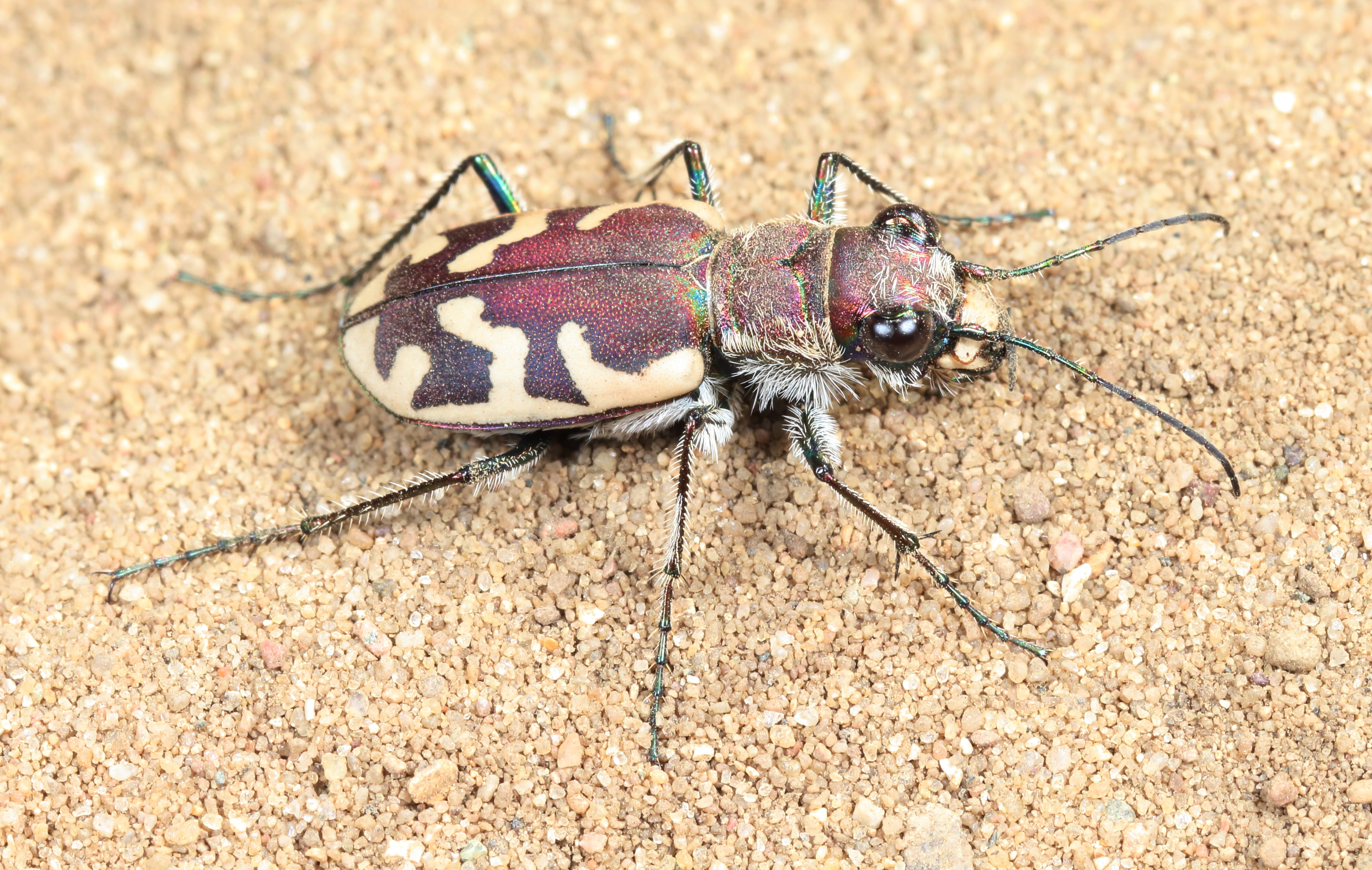 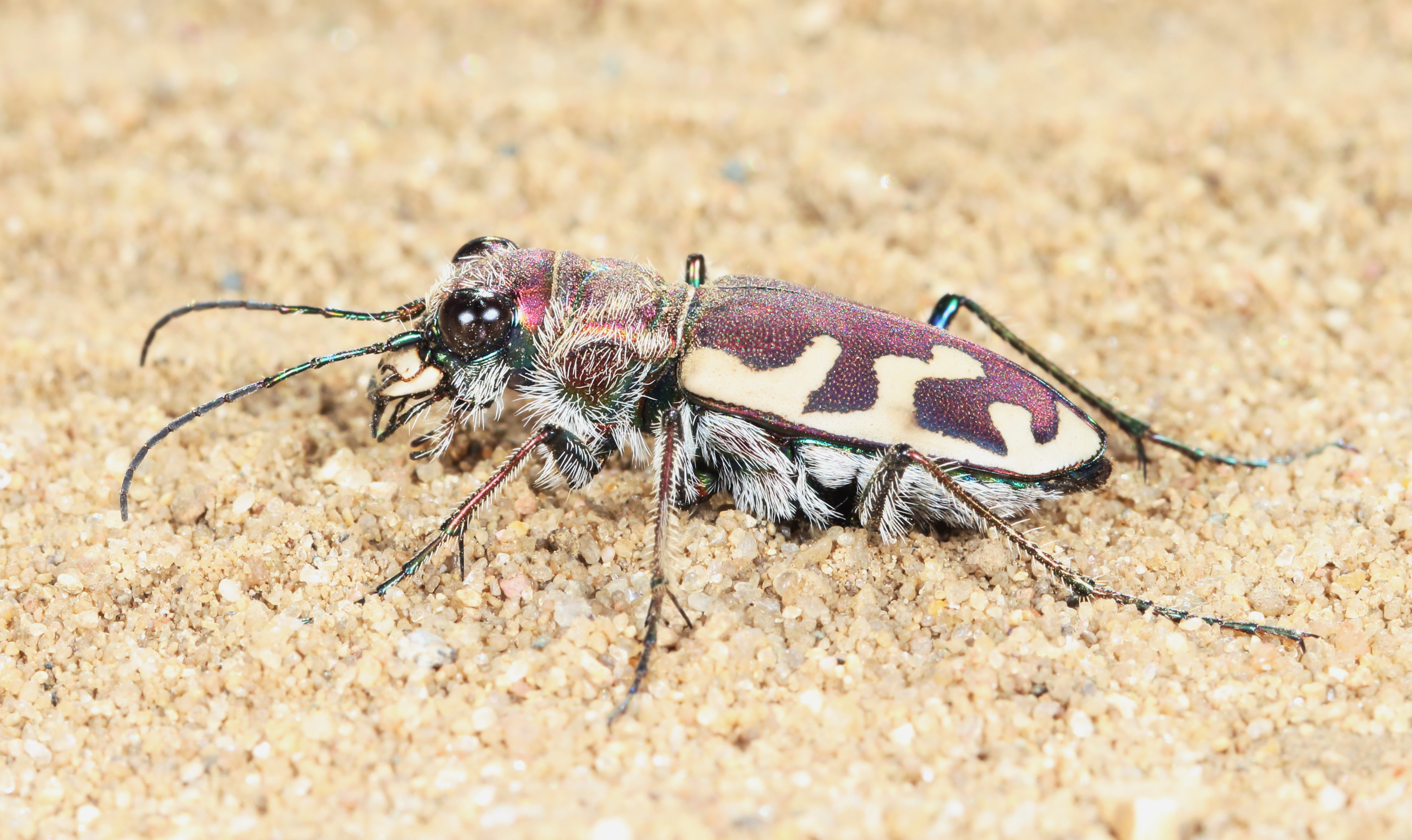 Next is a female and male [in that order] American rubyspot damselfly (Hetaerina americana). 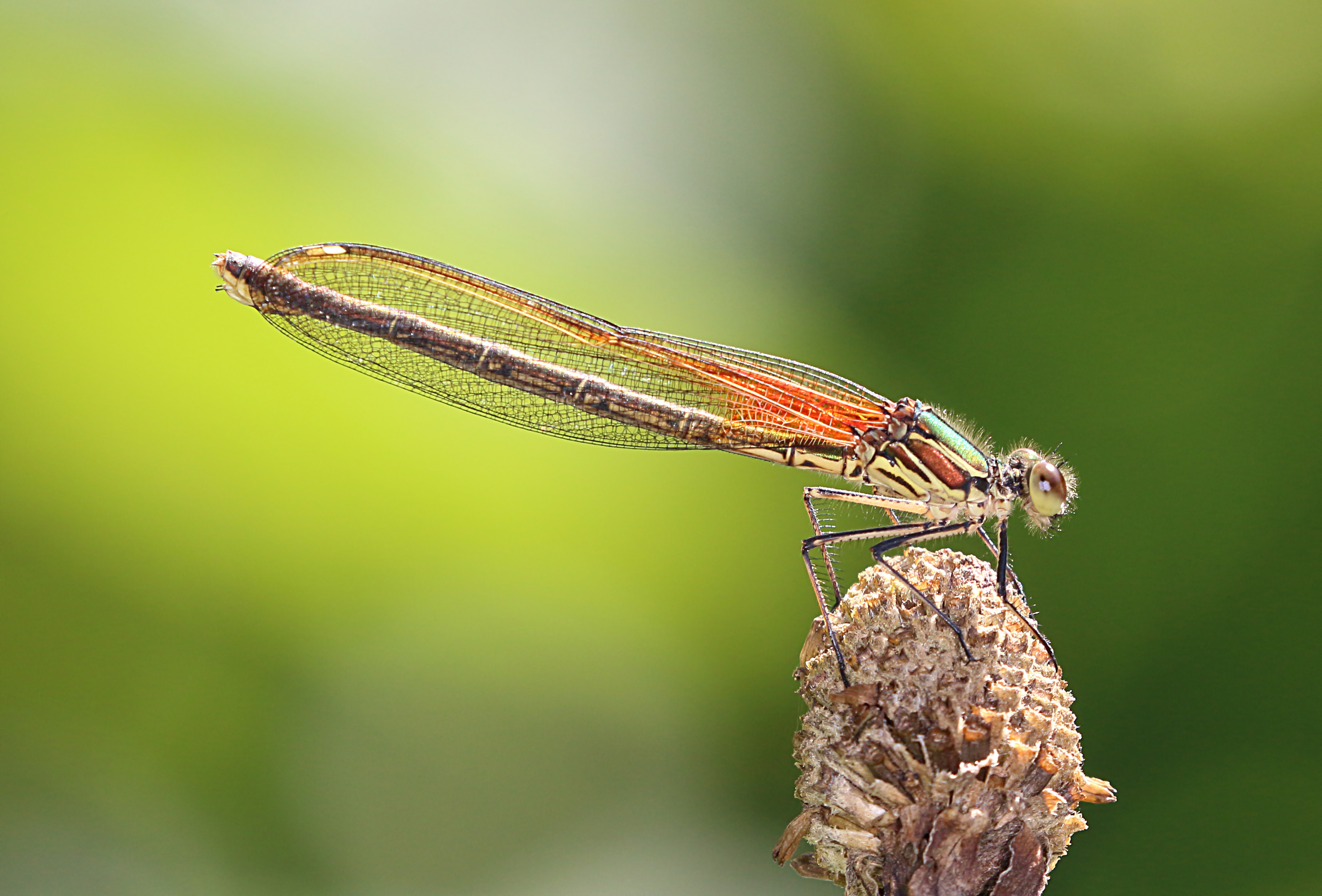 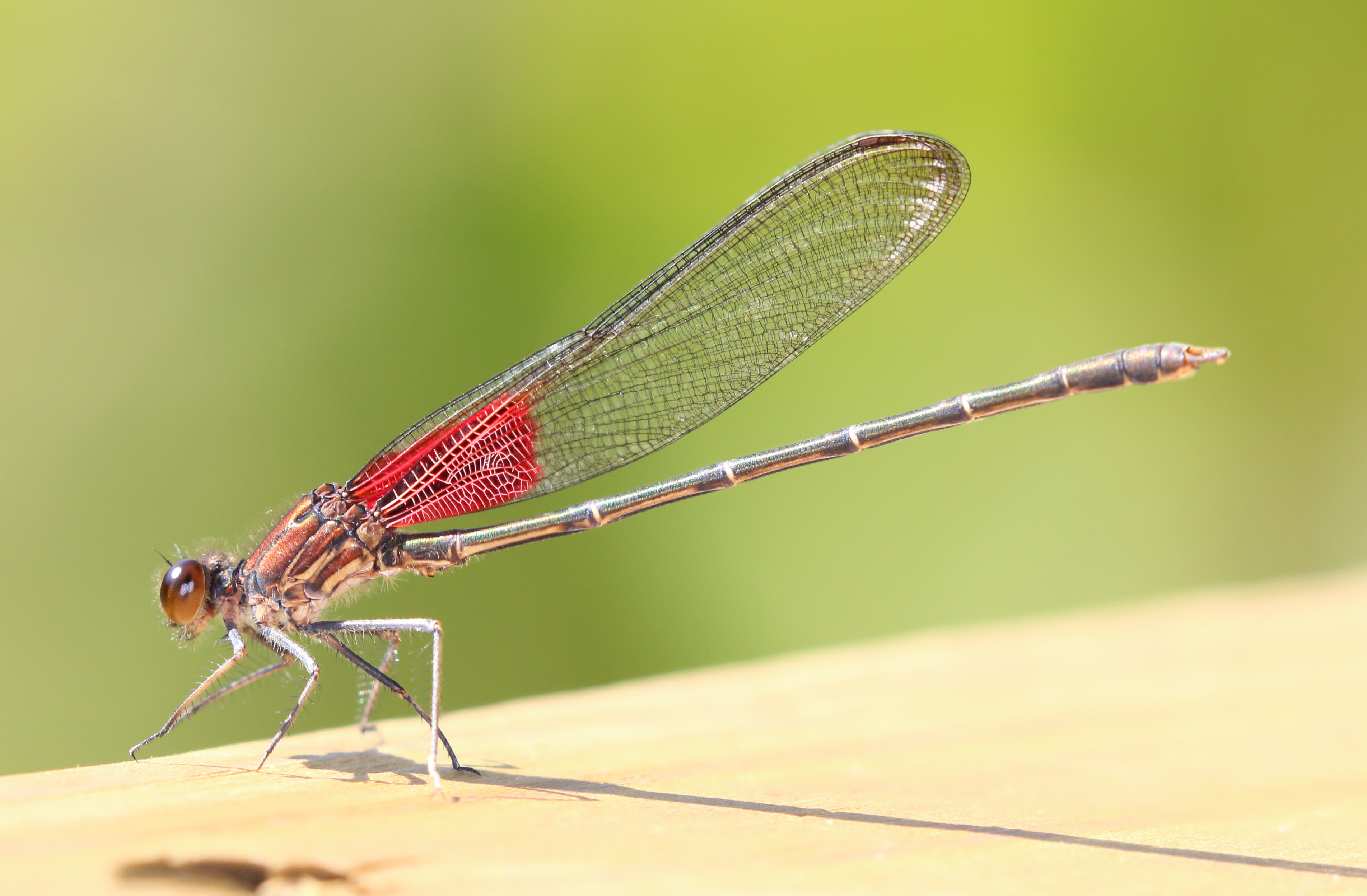 The praying mantis shown in the next picture is the Chinese praying mantis (Tenodora sinensis). An especially welcome find since the summer had been sadly mantis-less. I wanted to get her into a better position for pictures. Maybe up higher on a plant, with some sky in the background? That sounded good. So I picked her up, fully expecting a vigorous struggle as this large mantis is rather powerful. But this one was not having it. She bit (hard!), clawed, and while I was flailing away like a crazy person she made a very impressive leap for freedom into the bushes and disappeared. So… this is sadly my only picture of a mantis for the summer. 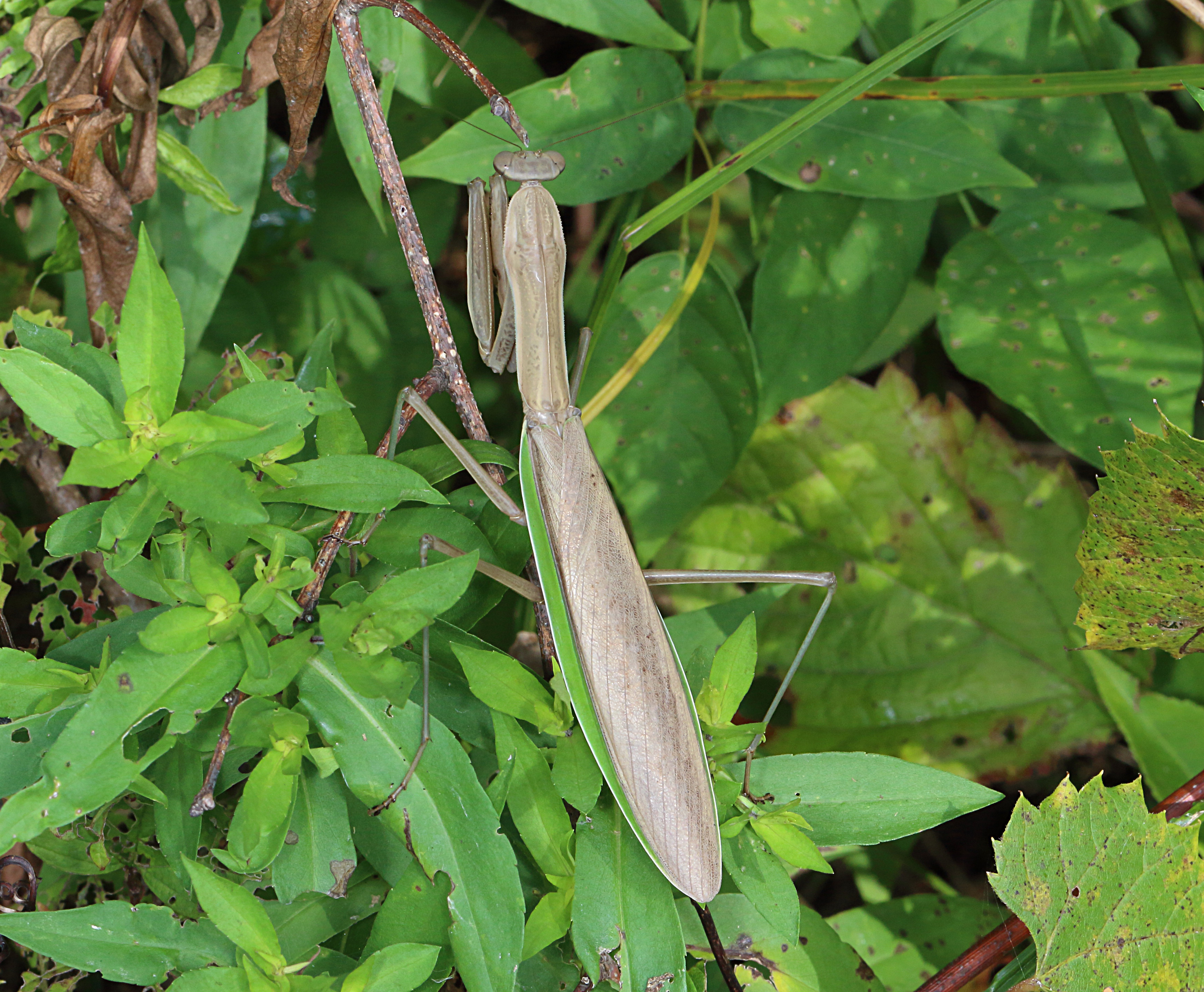 The next pictures summarize a bit of drama at a fishing pond that I regularly visit. On this particular occasion I soon came across a very small parasitic wasp carrying off a leafhopper that it had paralyzed. The wasp was moving very fast and so it was hard to get an acceptable picture. It is a Crabronid wasp called Alysson oppositus. 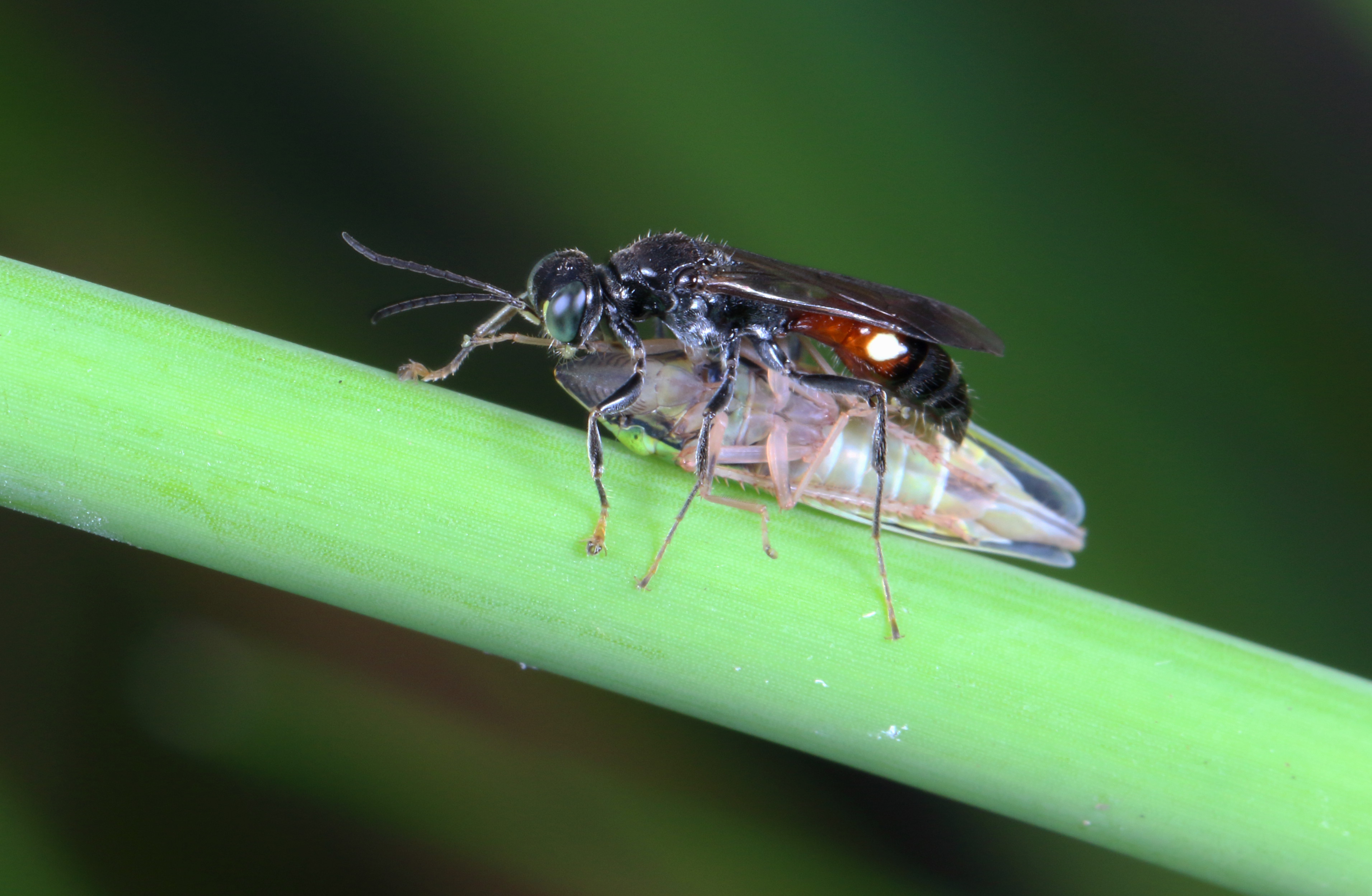 Anyway, my photographing the above wasp at the shoreline had caused a frog to jump into the water directly in front of me. After a few moments I noticed quite a lot of thrashing in the area where the frog had jumped in, and then some rather large coils of a snake came to the surface near my feet. It was a northern water snake (Nerodia sipedon), and it was eating the frog that had jumped in! The weeds were too thick to get a clear picture of that, but after several minutes the snake began to move away with its meal stored safely inside. See that bulge? That bulge is my fault. 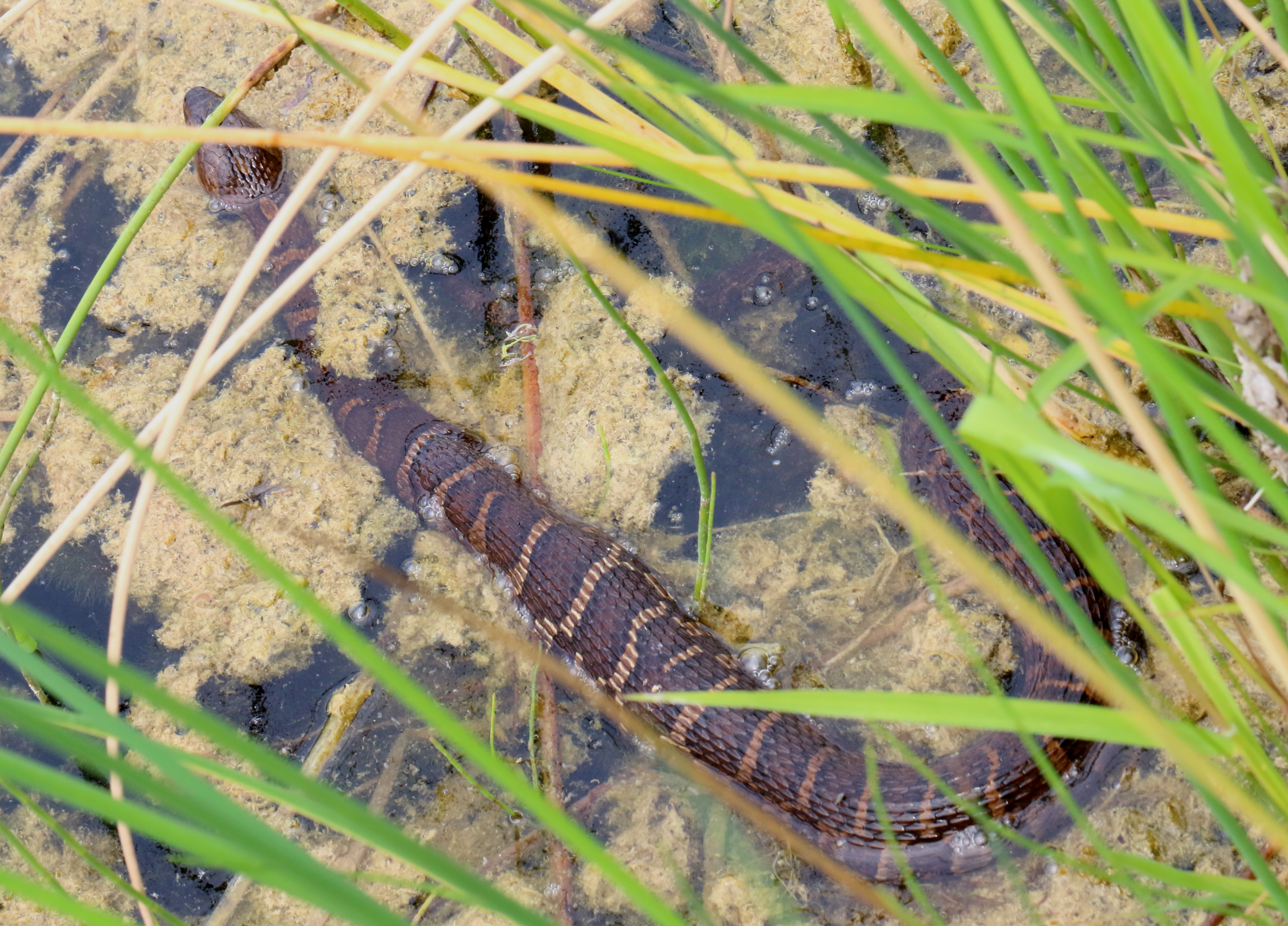