Well, it was quite a night last night.  I was home with little Sam, who turned out to be so demanding of affection that I couldn’t leave him in his warm box, as he’d peep incessantly, loudly, and piteously. After trying to settle him down with no success, I decided I had only one recourse: to sleep with him.  I wouldn’t have been able to sleep with that heartbreaking peeping.

It turned out that I didn’t get any sleep anyway.

I removed him from his box, put him in bed with me, and lay on my back while I either cupped his tiny body with my left hand or put him in my armpit. Of course I couldn’t sleep for fear of rolling over on the little guy, so I just zoned out for a while. He, on the other hand, slept soundly.

Then at 12:30 the phone rang. It was a call from the nearby suburb of Glen Ellyn: it was a man I’d met and given my phone number in case he saw a heron. Sure enough, he reported a heron in Botany Pond. Not only that, but he said he saw it strike in the water several times. (This nice man happened to be working late and watching the PondCam.)

I put Sam in his box, threw on my clothes, and drove to the pond (I can get there in a few minutes by car).

Sure enough, the Devil Bird was in the middle of the pond. I chased him away but then, fearful that he’d nabbed some ducklings, had to do a head count. Honey was on the island, and I called her to me for a midnight feeding. It was hard to count in the dark, but I took a flash photo and saw 17 glowing pairs of eyes in little heads.

Satisfied that there had been no carnage, I went home, retrieved Sam from his box, and went back to bed with him.  At about 2 a.m., the phone rang again. The heron was back. Lather, rinse, repeat: I sequestered Sam, came back to the pond, and once again I saw the Devil Bird, this time standing on the beach. I drove him away once more, and once more drove home. (You can watch the fun if you scroll through the last 12 hours on the PondCam.)

Finally, I arose at 4, showered, and drove Sam to work with me (I may spend the night here in case the heron reappears). He’s cuddled on my shoulder as I read my email at my desk, as he’d rejected his box once again. You can see that I’m an absolute sleepless wreck. But of course it’s delightful to commune with a wild mallard baby, and have it bond with me: 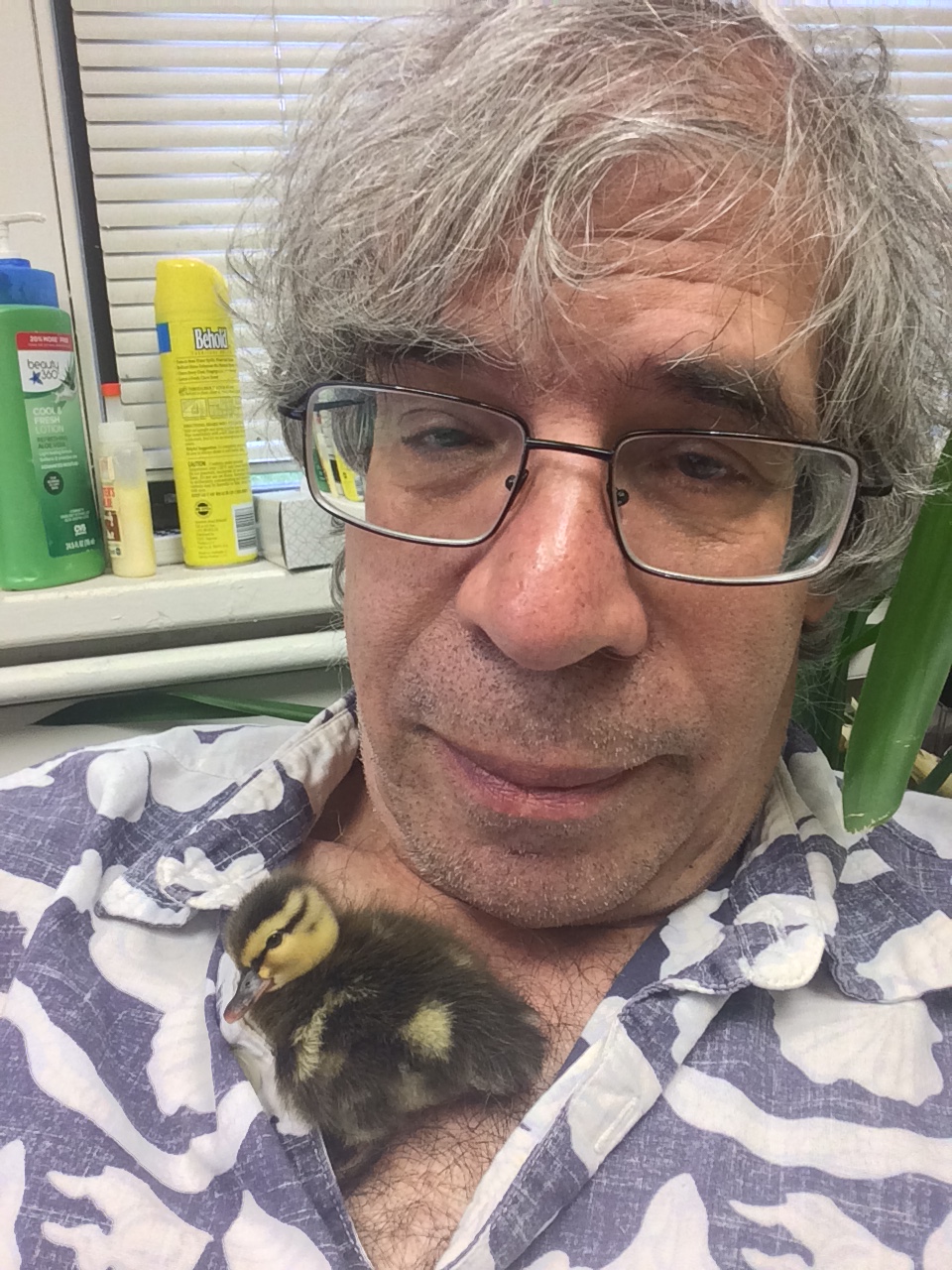 Either tonight or very early tomorrow, a rehabber will come by and retrieve the duckling; he’ll be taken to either a rehab center or to an experienced waterfowl rehabber. I will miss Sam terribly, of course, and suspect I’ll tear up when I say goodbye. I’ll wish him the best and hope he’ll grow up into a healthy hen or drake, one day winging its way southward. I saved him, at least for now, but there’s no place for him on Botany Pond, and I can’t have a house mallard!

I’m trying to write posts with the duckling on me, but it’s hard: I have to be horizontal and Sam must be secure. Right now I’m on the lab couch and Sam’s sleeping inside my shirt by the collar (see picture below taken with my laptop). In half an hour I must go downstairs to feed Honey and her brood. Duck farming ain’t easy! 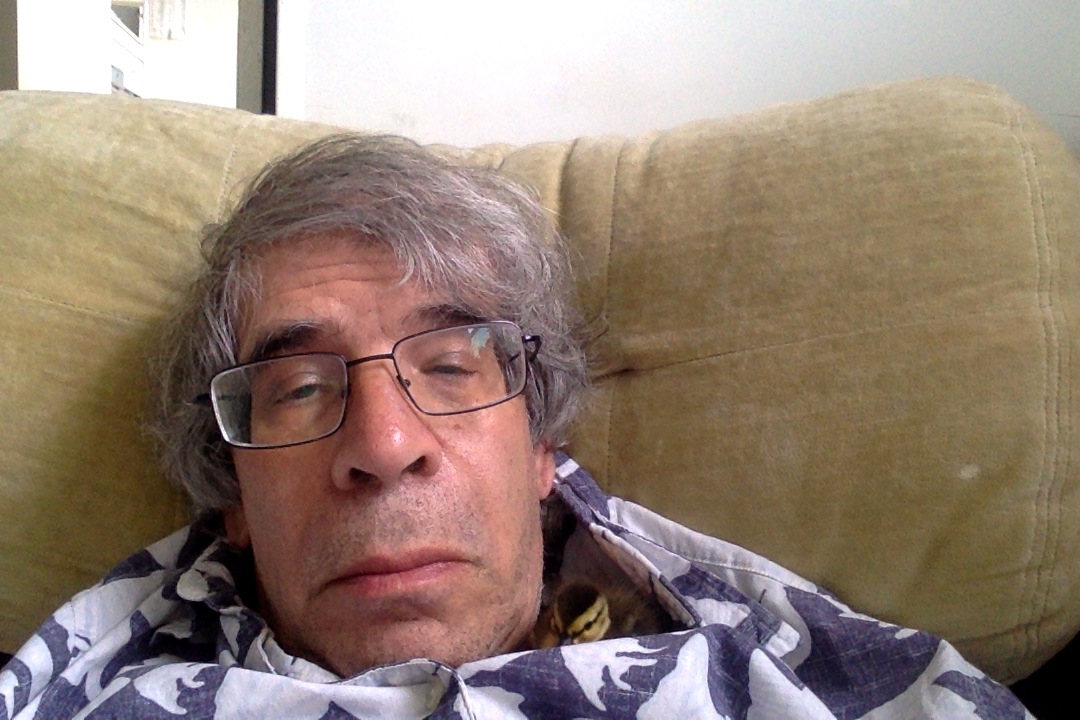 42 thoughts on “A rough night: Duck farming isn’t for sissies!”