Today’s reader is Terence Geoghegan, who posts under the name “Brujo Feo.” He sent two pics and commentary (indented).

Be sure to send in your readers’ photos as well (maximum two per submission, and don’t forget a short commentary). Over to Terence:

In response to your “reader photos” invitation, here are a couple. As the file names attest, neither is recent.

The first was from about 23 years ago, outside my law office in Ventura, CA. From an interview by a local reporter. 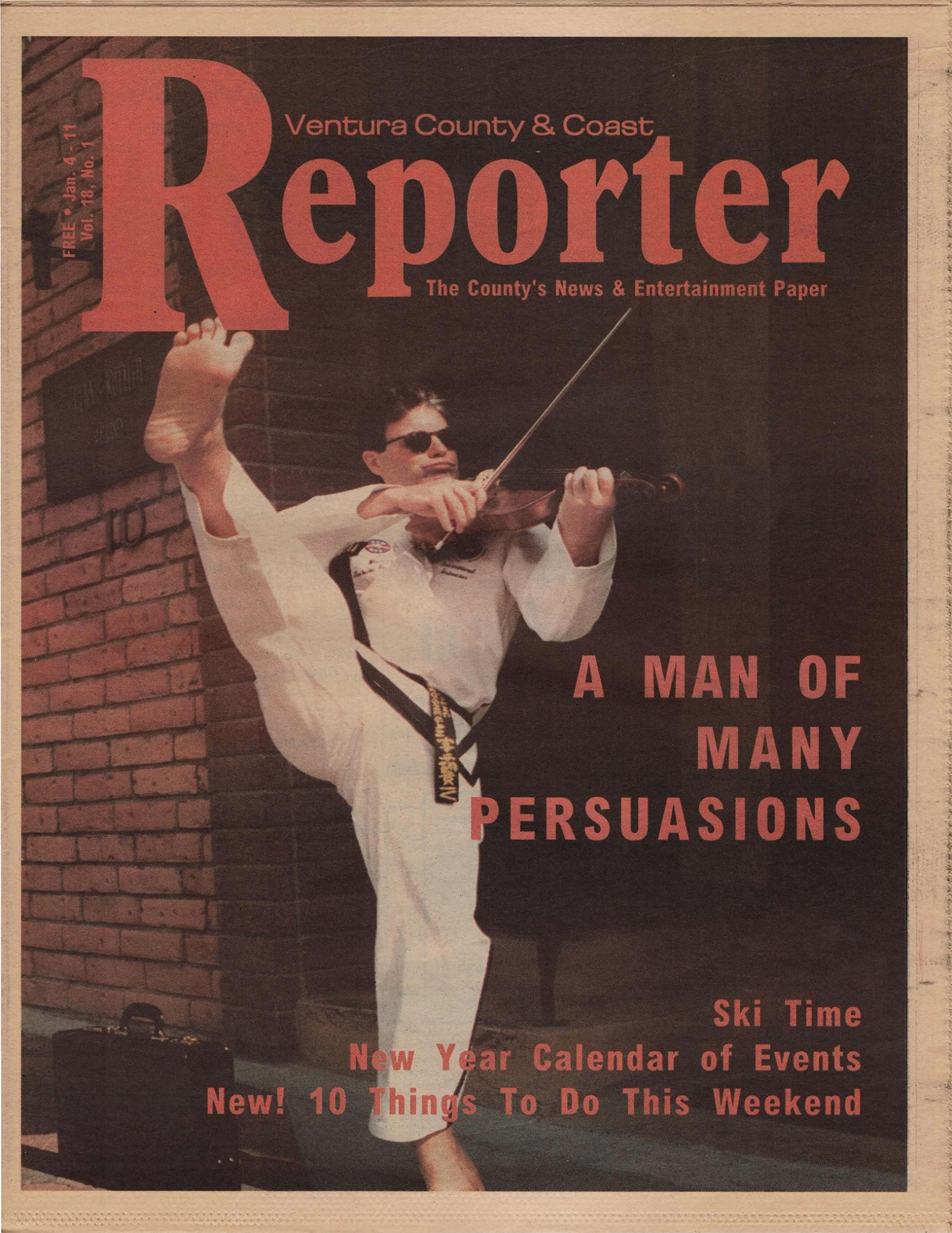 The second was nine years ago at the Willow Springs raceway near Lancaster, CA. I had to wait a year for another racer to retire and give up that license plate number! The tower announcer would announce me as Terence “The Pagan” Geoghegan (it rhymes–Irish spellings…), which didn’t exactly make sense theologically, but it was whimsical enough for my tastes. 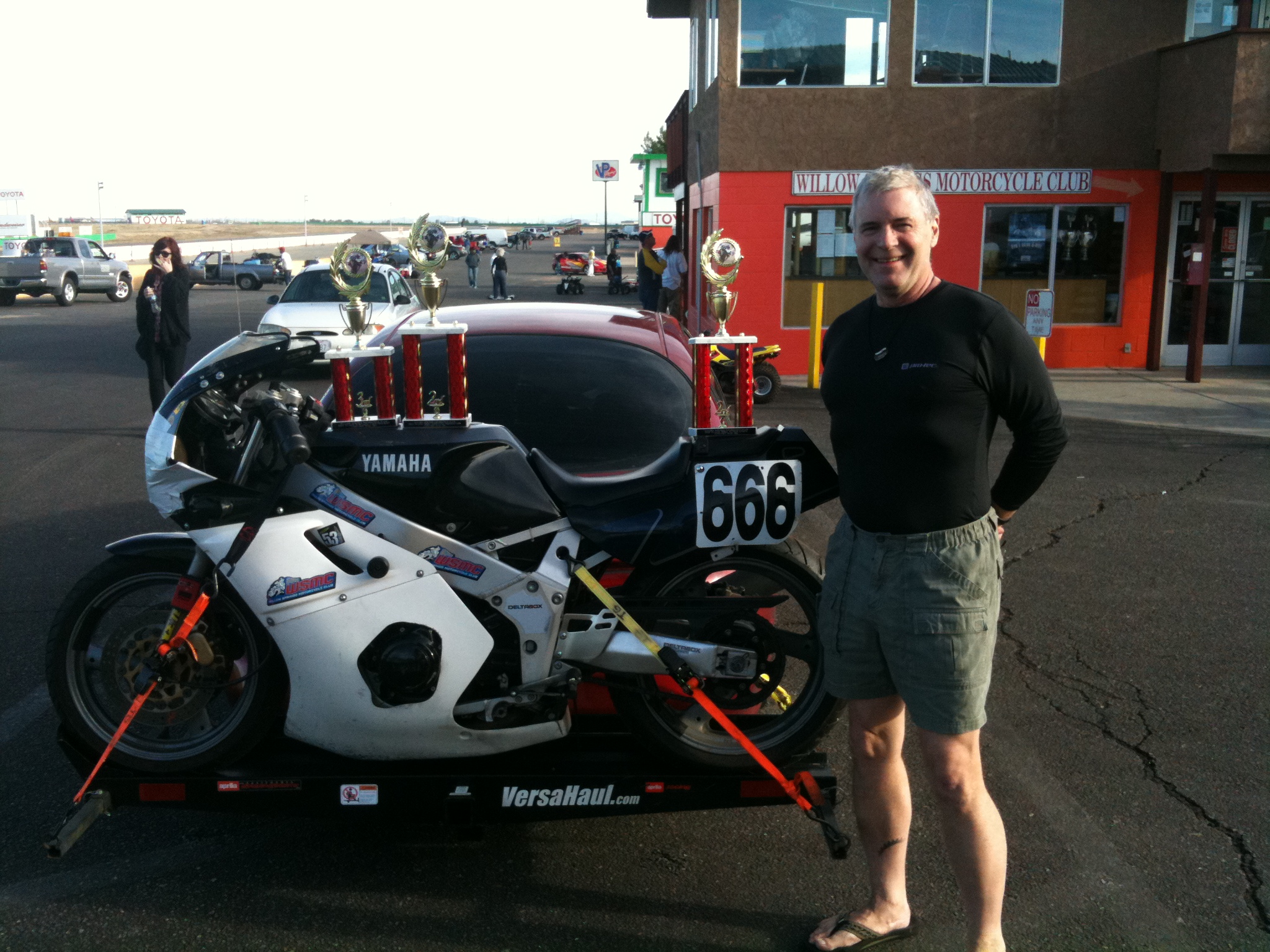 Both that violin (a lovely Harold Meissner) and that motorcycle (one of my favorites–a 1990 Yamaha FZR 400) went up in flames in the Thomas Fire of December, 2017.

54 thoughts on “Photos of readers”