Good morning on Thursday May 14, 2020, and National Buttermilk Biscuit Day. I tell you, brothers and sisters, comrades and friends, that American indigenous food doesn’t get better than that. A plate of biscuits with country ham (preferably with red-eye gravy), preserves, along with fried eggs and grits, washed down with strong, dark coffee, is surely America’s greatest contribution to the breakfast genre. (And don’t diss grits, for if you do you haven’t eaten them properly.) LOOK AT THESE! 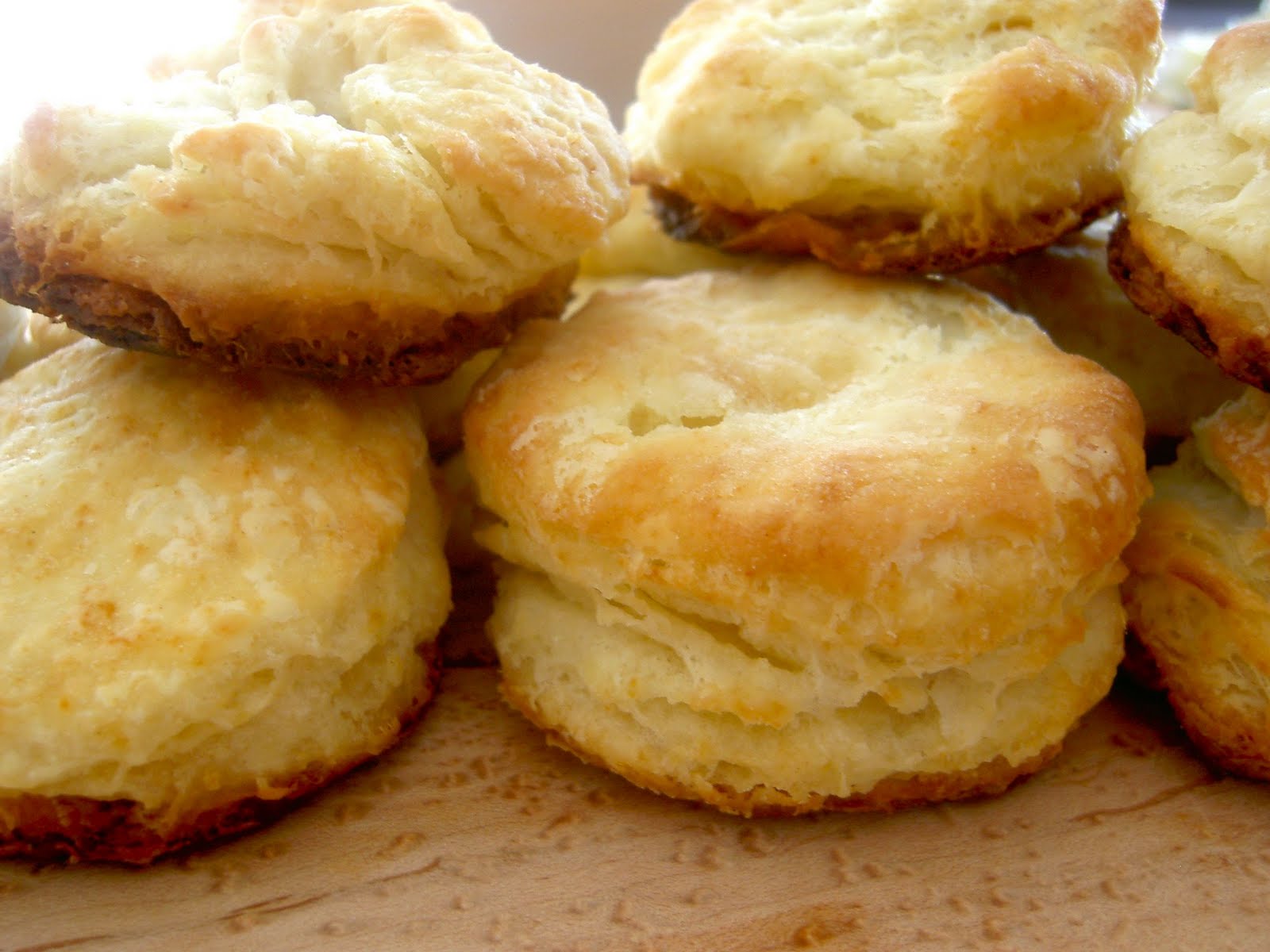 It’s International Dylan Thomas Day, celebrating one of my favorite poets. The date was chosen because the first reading of his great “play for voices”, Under MIlk Wood, took place on May 14, 1953, at the 92nd Street Y in New York City. It’s also Dance Like A Chicken Day, whatever that means. Actually, it started with ducks, as the link notes:

Dance Like a Chicken Day is dedicated to the “Chicken Dance” song and the dance that accompanies it. Werner Thomas, an accordion player from Davos, Switzerland, wrote the song in about 1955. He refined it over the next few years and added a dance to go with it. Originally titled “Der Ententanz,” meaning “The Duck Dance,” the accompanying dance was inspired by Swiss skiers that Thomas had seen while playing his accordion at resorts. He thought the skiers descending the slopes resembled ducks. He was reminded of the beaks of ducks, their flapping wings, and waddling feet, and brought together these elements when creating the dance.

So I declare it “Dance Like a Duck Day”.

News of the Day: Well, Trump, defying Anthony Fauci’s advice (and that of nearly every health expert), is urging the country to open up schools soon, and criticized Fauci’s testimony before the Senatre. Truly, Trump is worried about his own re-election, not the pandemic. In Wisconsin, the conservative state Supreme Court overturned the (Democratic) governor’s extension of the stay-at-home order, and there is no appeal of that court’s decision.

Obama tweeted an implicit criticism of Trump’s coronavirus policy (below), whereupon Mitch O’Connell, the Senate majority leader, pronounced that Obama “should have kept his mouth shut” and called Obama “classless” for criticizing the administration. That’s a laugh—as if Trump is the epitome of class!

Despite all the time that’s been lost, we can still make real progress against the virus, protect people from the economic fallout, and more safely approach something closer to normal if we start making better policy decisions now.https://t.co/pfokyI8GiB

Stuff that happened on May 14 includes:

The case was dismissed.

Here’s the burning bus; the police offered almost no help. Fortunately, nobody inside the bus was hurt. 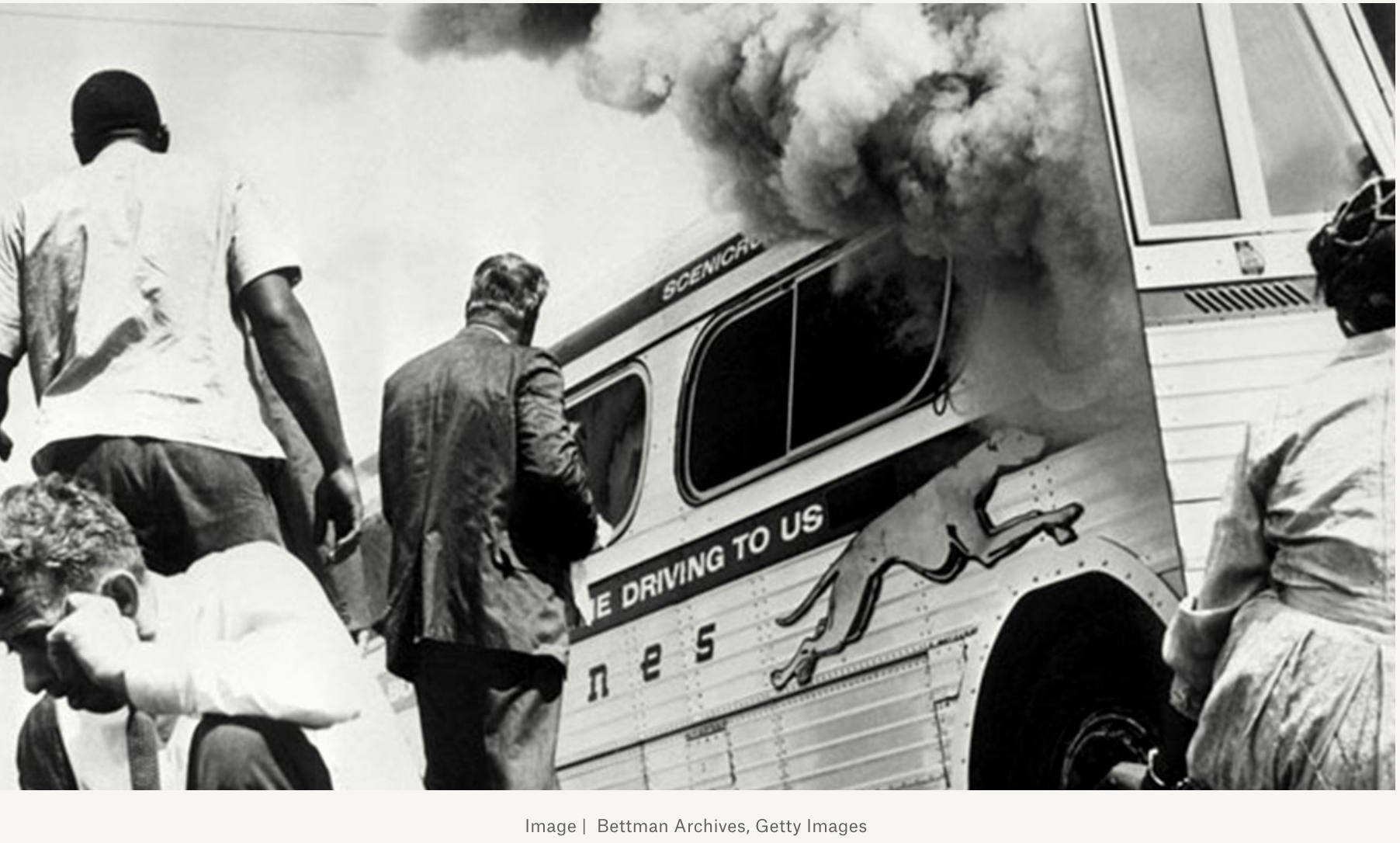 Ricketts’, marine biologist and companion and muse of John Steinbeck, died at only 50 when his car was hit by a train. His lab still exists at 800 Cannery Row in Monterey, California, but sadly is closed. It really should be turned into a museum. Here’s a photo I took of it in September of 2018: 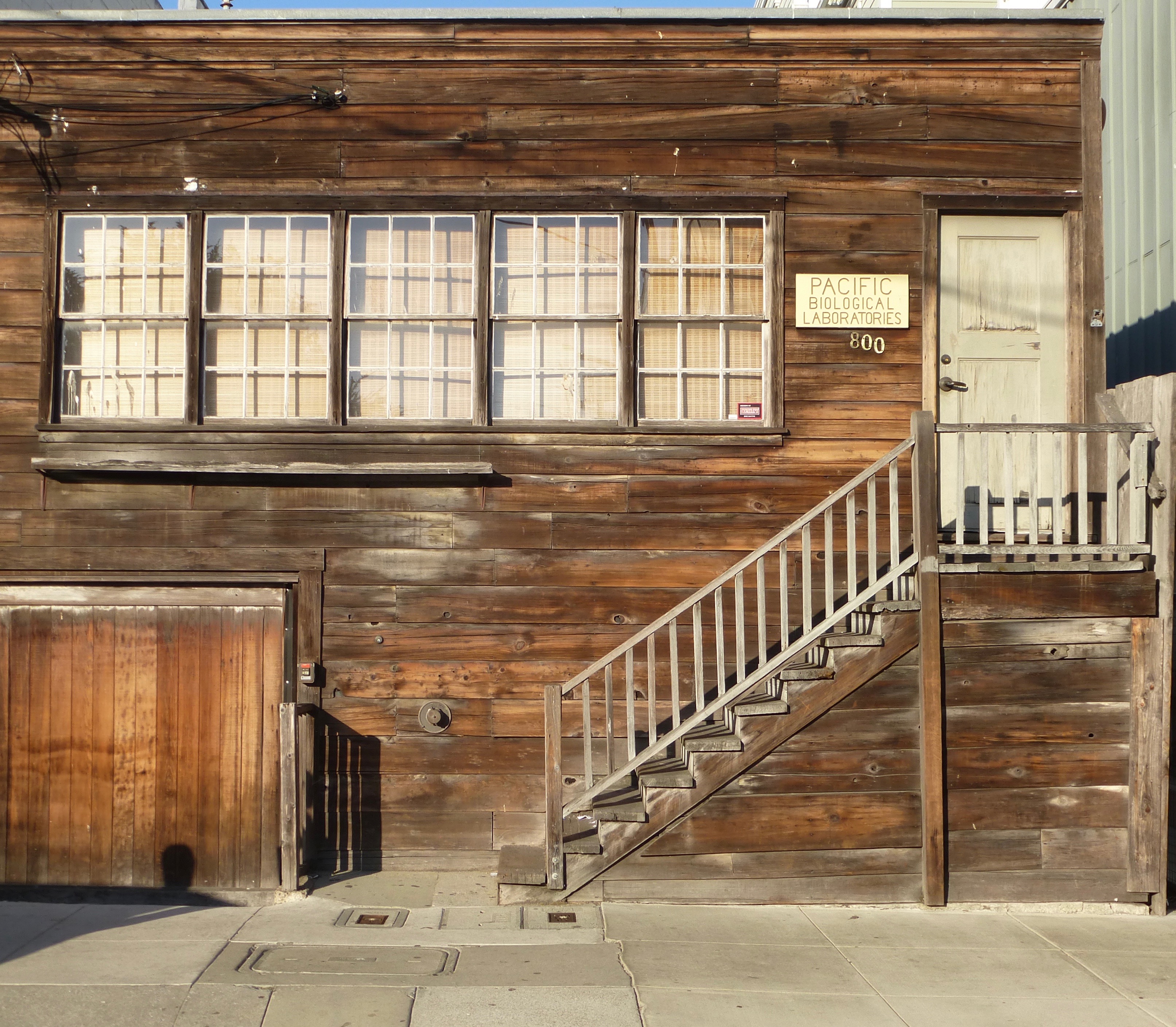 Those who relinquished existence on May 14 include:

Bechet died on his birthday.

Meanwhile in Dobrzyn, Hili has taken to sleeping on Andrzej’s desk, which impedes the work of Listy:

A; Your new habit makes my work more difficult.
Hili: Nobody promised you an easy life. 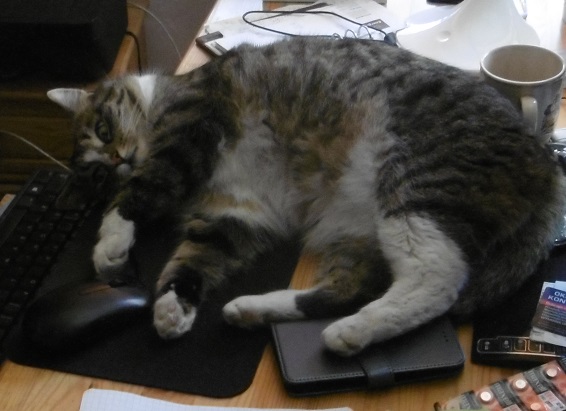 A quarantine meme from Bruce Thiel: 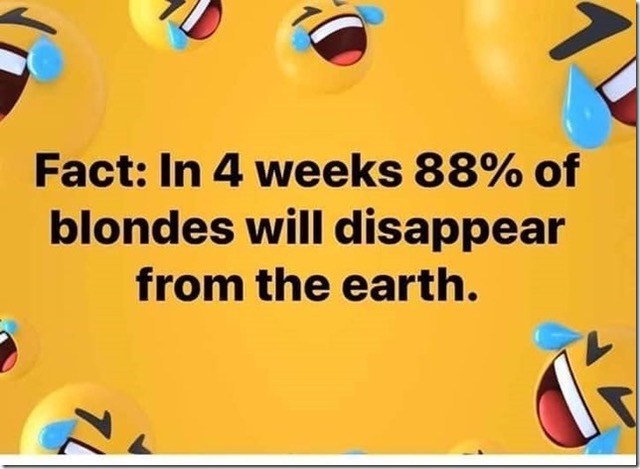 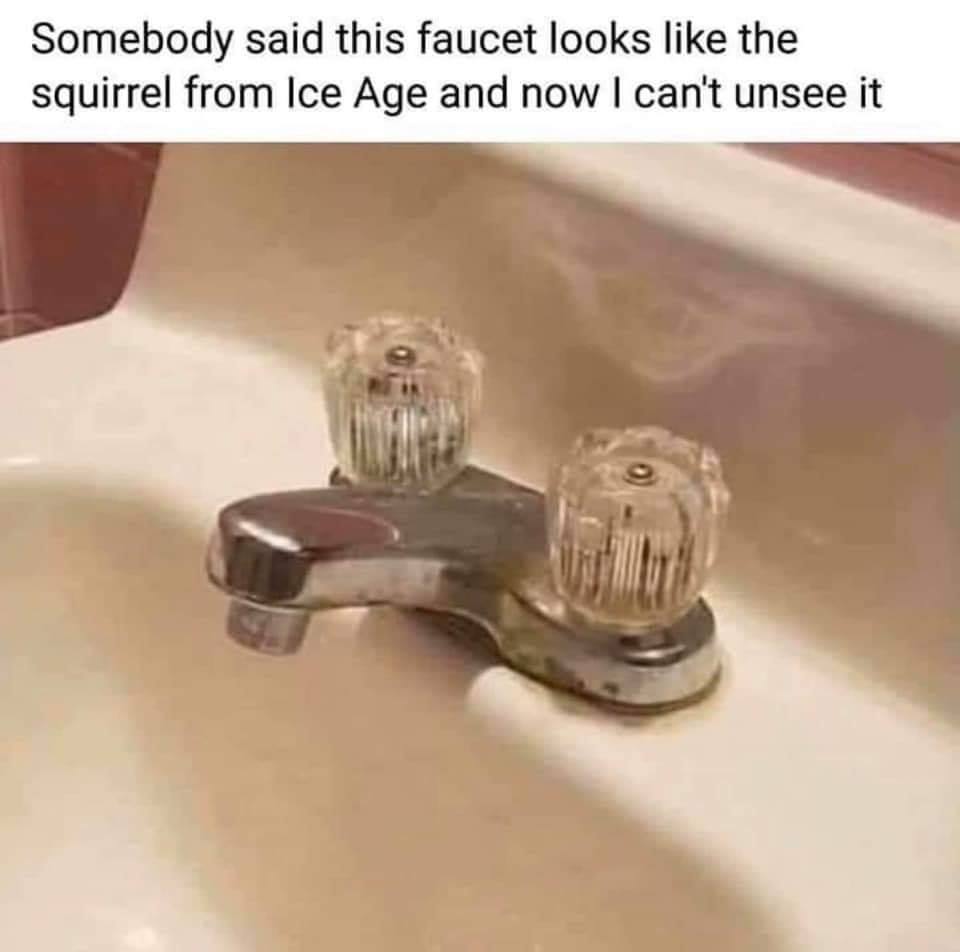 OF COURSE HE HAS! 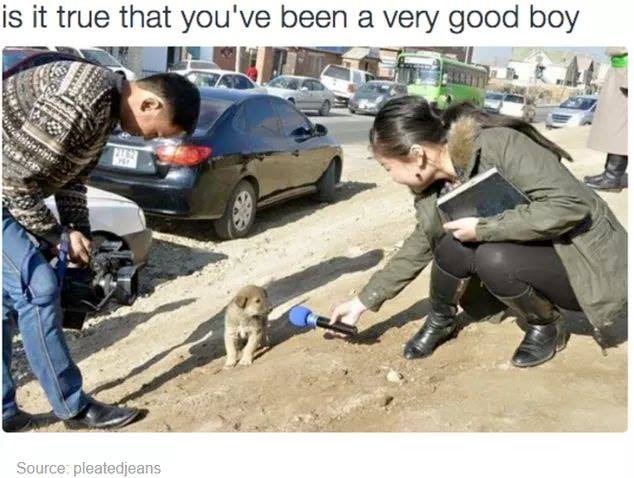 Last year I followed the fracas about structural racism in the “knitting community”, and found it unbelievably authoritarian. Now it’s hiking. Read the Sierra Club article in the first tweet, and then the Vox article in the second tweet below:

Knitting is also obviously racist, but didn’t quite make the Top Ten. https://t.co/DHw7T2yJDX

Two tweets from Simon. Are these women serious?

“PI” is the “Principal Investigator” on a grant: almost always the head of a laboratory:

When the PI has a favorite student pic.twitter.com/IsZ6AG8CQS

A tweet from Heather Hastie. I can’t believe they can train a dog to do this!

Three tweets from Matthew. The first is a sleuth of bears, which is what you call a group of them:

Somebody made a good academic profile for a cat, Professor Pinto Bean Tran:

i spent a lot of time making this pic.twitter.com/3nL99rVvSt

This leap of a bobcat in Florida is stunning. I couldn’t believe it made it!