Here we have what’s supposedly the world’s largest beetle, the Hercules beetle (Dynastes hercules), though Wikipedia says it’s “the longest beetle” and “one of the largest flying insects in the world.” How big?

Adult body sizes (not including the thoracic horn) vary between 50 and 85 mm (2.0 and 3.3 in) in length and 29 and 42 mm (1.1 and 1.7 in) in width. Male Hercules beetles may reach up to 173 mm (7 in) in length (including the horn), making them the longest species of beetle in the world, if jaws and/or horns are included in the measurement. The size of the horn is naturally variable, more so than any variation of the size of legs, wings, or overall body size in the species. This variability results from developmental mechanisms that coincide with genetic predisposition in relation to nutrition, stress, exposure to parasites, and/or physiological conditions.

They can weight about 2 ounces.

Reports suggest the Hercules beetle is able to carry up to 850 times its body mass. Actual measurements on a much smaller (and relatively stronger: see square-cube law) species of rhinoceros beetle shows a carrying capacity only up to 100 times their body mass, at which point they can barely move.

That’s the equivalent of a 150-pound male carrying nearly 64 tons! The males use their big horns to fight. I’ve put a video of a male battle below:

They eat rotting wood, and of course they can fly (you can see the elytra, or wing covers, pull back when this one’s forced to flap its wings). It seems to me that they’re torturing the poor beetle!

And here’s the larva: 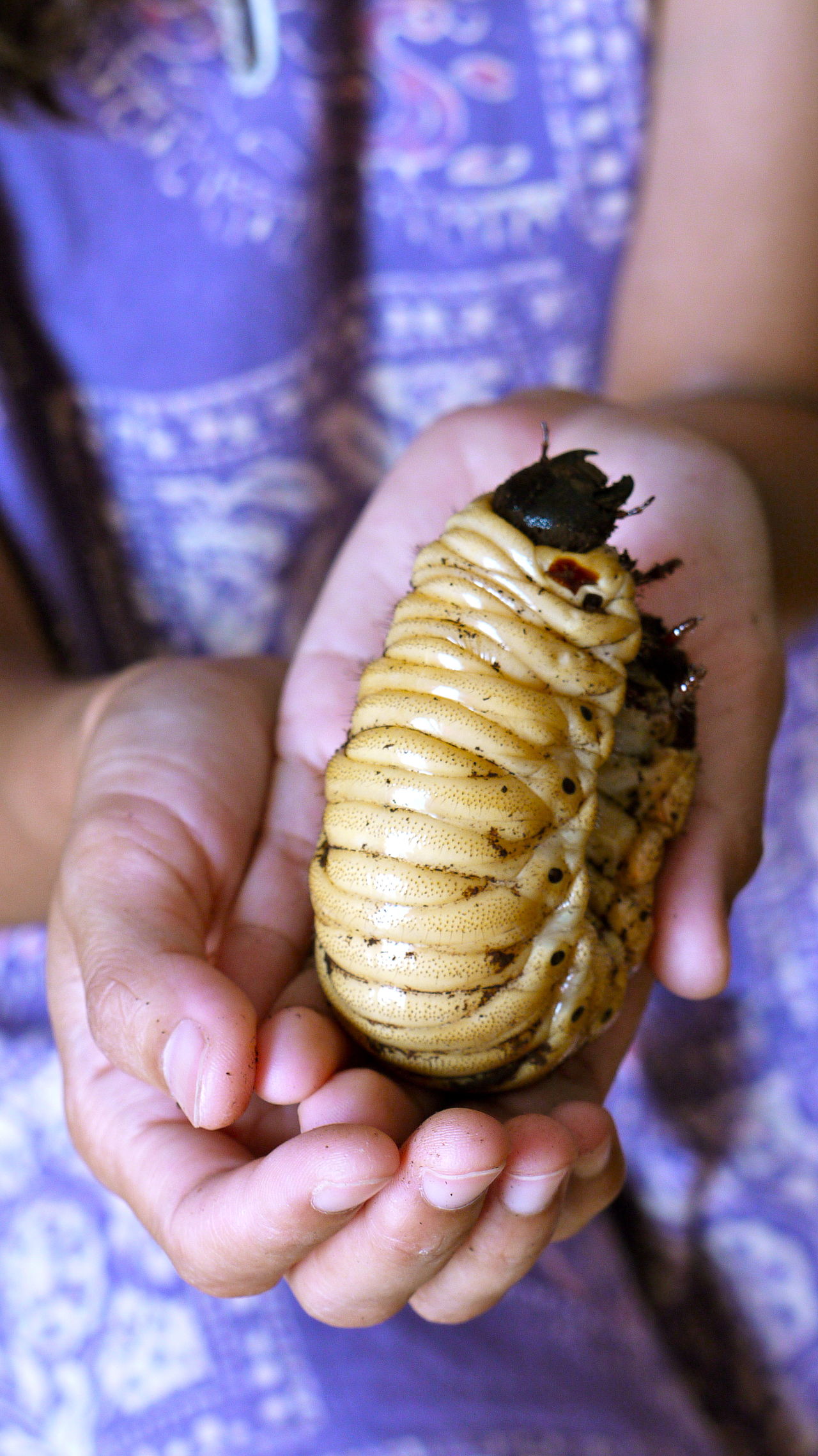 27 thoughts on “The biggest beetle in the world”