Here’s an email I got this morning from someone named Robert. What a lovely morning!

Scientists ten times your worth (Ronald Fisher, Pauli, Freeman Dyson, B Josephson and many others) understand that ESP is entirely within the realms of scientific possibility. So I suggest you pipe down your propaganda/business PR (meant to sell more of those “atheist” books/magazines and popularize your blog). Mind you, your statements are not in the least unexpected since you have been trained by the lying, anti-science pseudomarxist Lewontin, who deliberately miscalculated genetic distances and pushed his propaganda through the american anthropological association. THAT is the new, prevalent anti-science argument in academia these days, same as the old anti-science  argument.

Of course I don’t deny that ESP is within the realms of scientific possibility. Almost everything is that’s not inherently self-contradictory (i.e., a grasshopper that’s also a platypus). But the sad fact is that there is not a scintilla of evidence for ESP.

What’s curious about his email is that I myself wrote some criticisms of Lewontin’s “genetic distances between races” arguments—or rather reproduced Lou Jost’s criticisms. I’m not sure exactly what is bugging Robert here. All I know is that it takes all kinds to make a world. To call this man a jackass would be an insult to jackasses everywhere, who are cute and amiable. 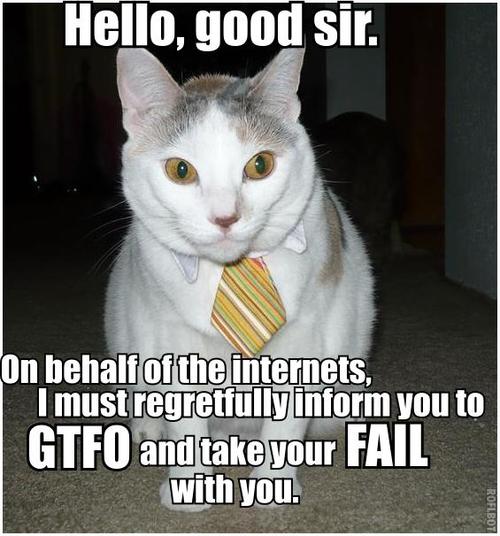 61 thoughts on “I get emails from loons”