The ducklings should hatch and jump as early as today, and I’m keeping watch, though not constantly, which would require me to sit near the nest for several hours a day. Like Maru, I do my best. Today would be a good day as it will be warm (high 67° F, 16° C), but tomorrow will be chilly (high 46° F, 8° C) and I’m a bit worried. Here’s Honey with last year’s brood of ten: 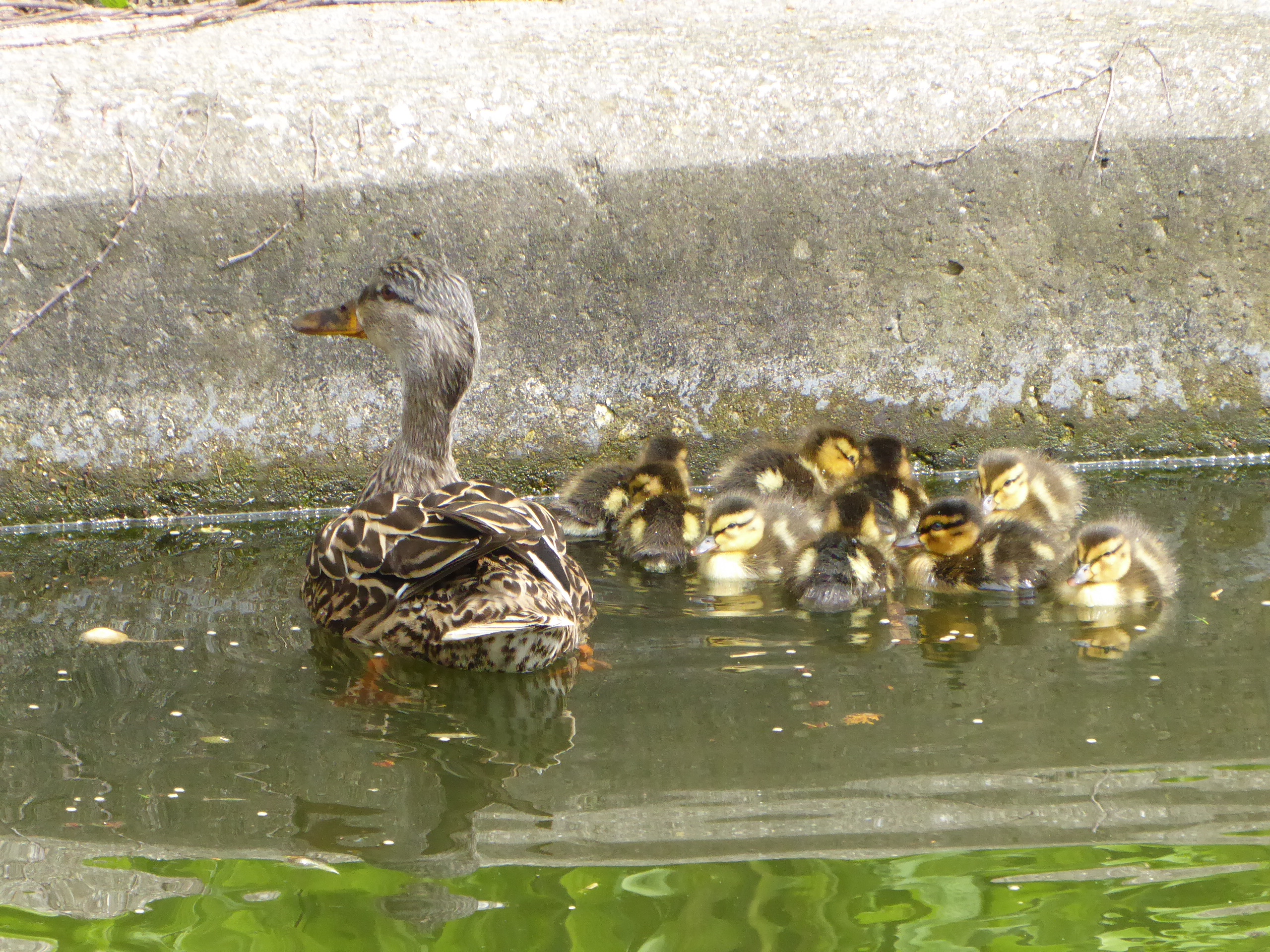 I will be checking the nests frequently today, hoping to see the Big Leap, so posting may be light.

News of the Day: States are beginning to open up, so we’ll see what happens. Illinois has loosened only a few restrictions, so that now we can play GOLF if we want to. Big whoop! As of this morning the reported death toll from coronavirus has reached 67,067, and the world (reported) total is about 244,000. The hope for a life that most of us are used to seems impossibly distant, and I find the phrase “the new normal” grating and, in the end, unacceptable.

Stuff that happened on May 3 includes:

Here’s the remnant of the 7th-century helmet and a replica.

The most striking feature of the helmet is the boar at its apex; this pagan symbol faces towards a Christian cross on the nasal in a display of syncretism. This is representative of 7th-century England when Christian missionaries were slowly converting Anglo-Saxons away from traditional Germanic mythology. The helmet seems to exhibit a stronger preference toward paganism, with a large boar and a small cross. The cross may have been added for talismanic effect, the help of any god being welcome on the battlefield. The boar atop the crest was likewise associated with protection and suggests a time when boar-crested helmets may have been common, as do the helmet from Wollaston and the Guilden Morden boar. The contemporary epic Beowulf mentions such helmets five times and speaks of the strength of men “when the hefted sword, its hammered edge and gleaming blade slathered in blood, razes the sturdy boar-ridge off a helmet”. 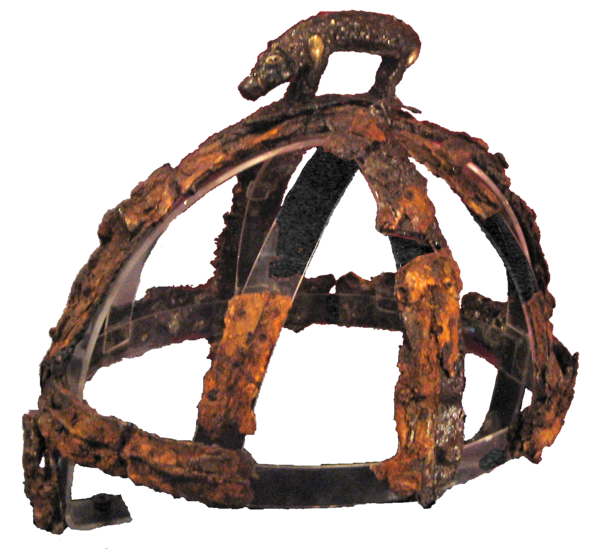 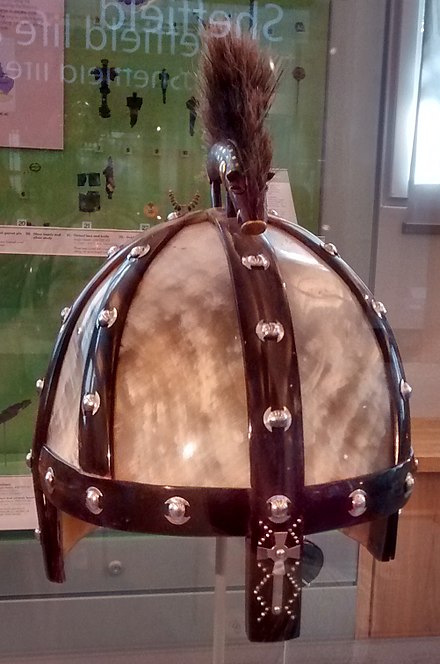 Here’s the plane and the group of men who landed at the pole (story and photos at Historic Wings): 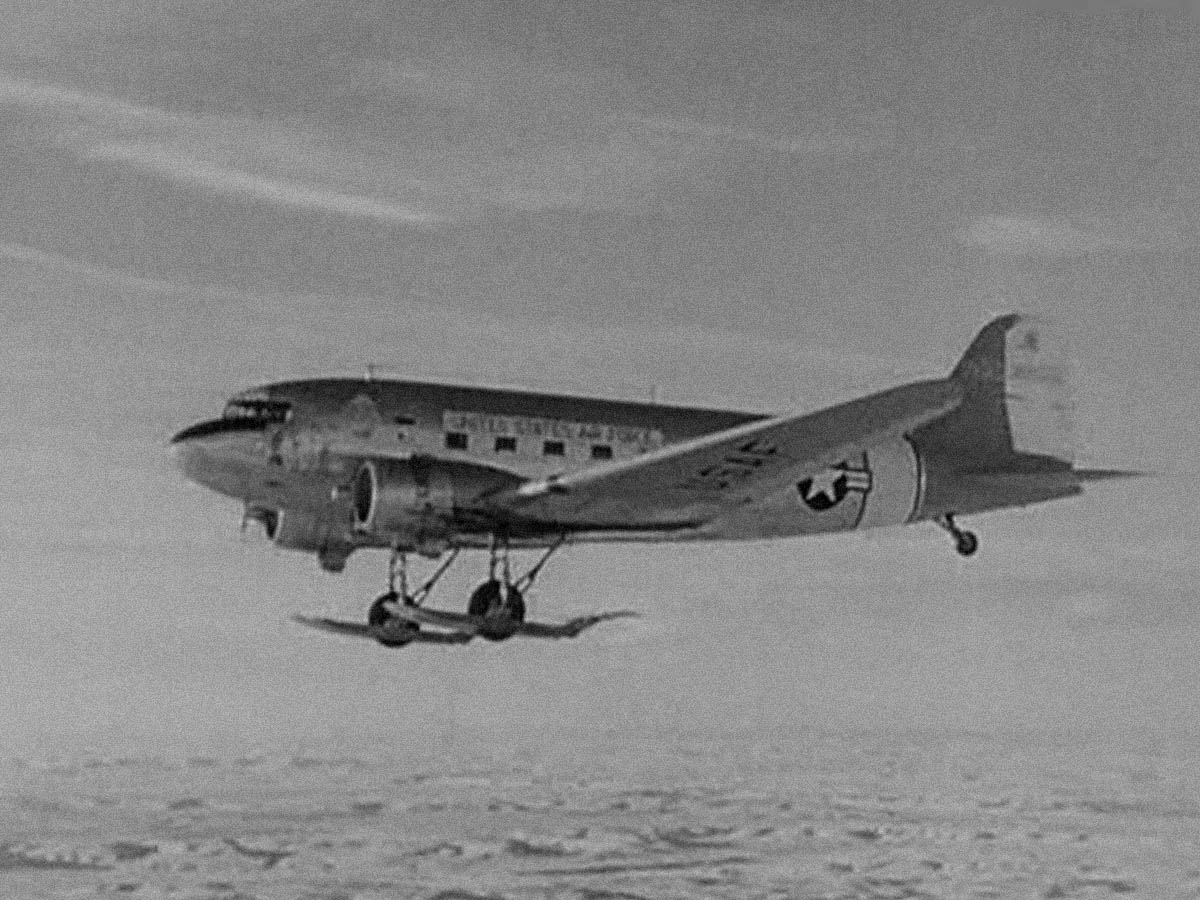 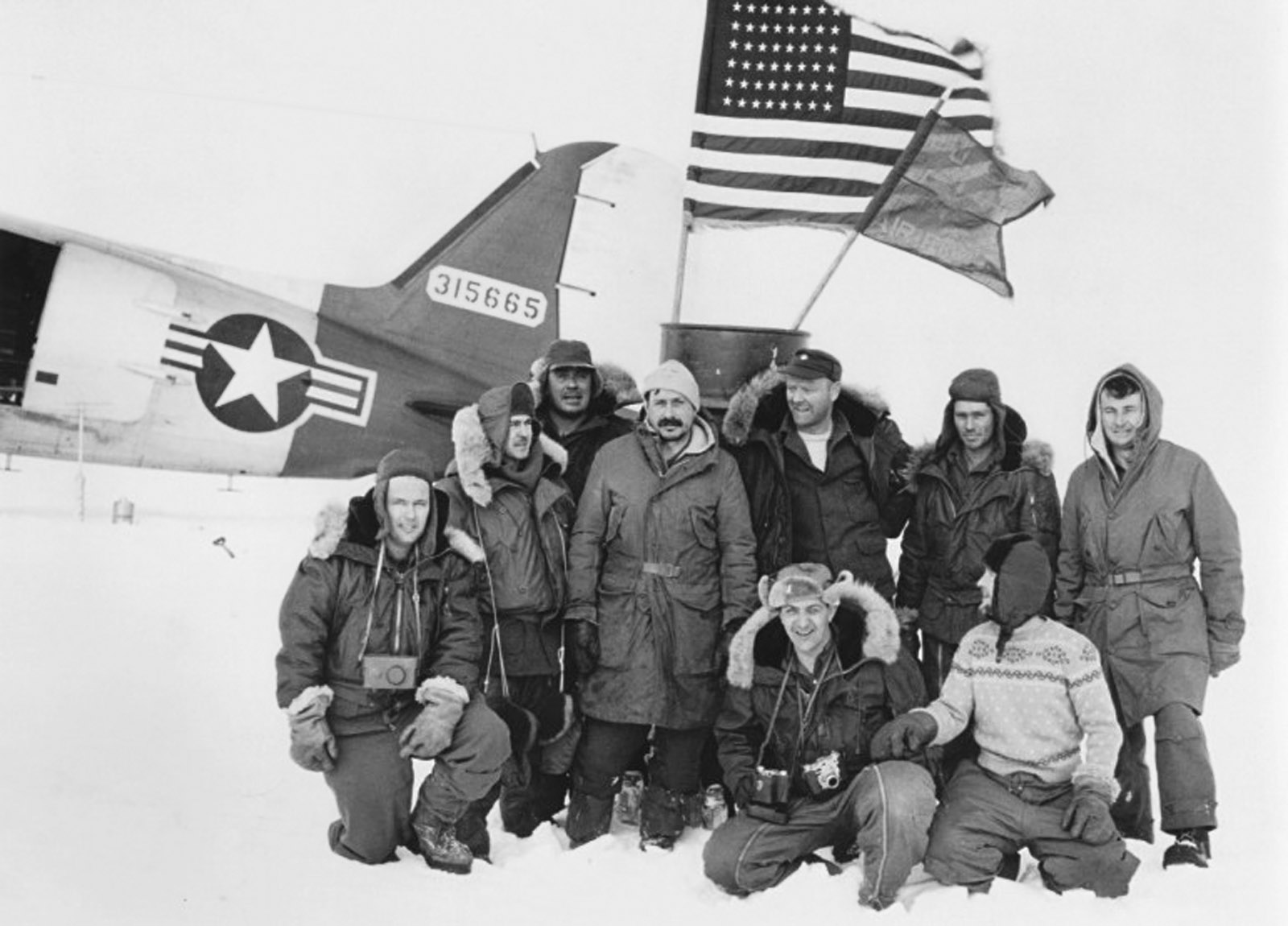 Here’s Hopkin’s hit from 1969, “Goodbye”. It was written by Paul McCartney as a followup to Hopkin’s most famous song, “Those Were the Days.” I like this one much better, and Macca appears in the video below. You can hear McCartney’s own demonstration recording here.

Those who pegged out on May 3 include:

Meanwhile in Dobrzyn, Hili is a bit frightened among the blooming cherry trees (yes, there are eagles in Dobrzyn):

Hili: Eagles!
A: Don’t be afraid, they will not harm you. 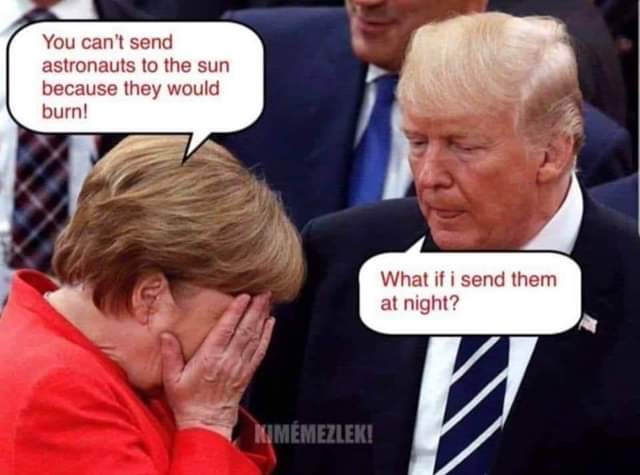 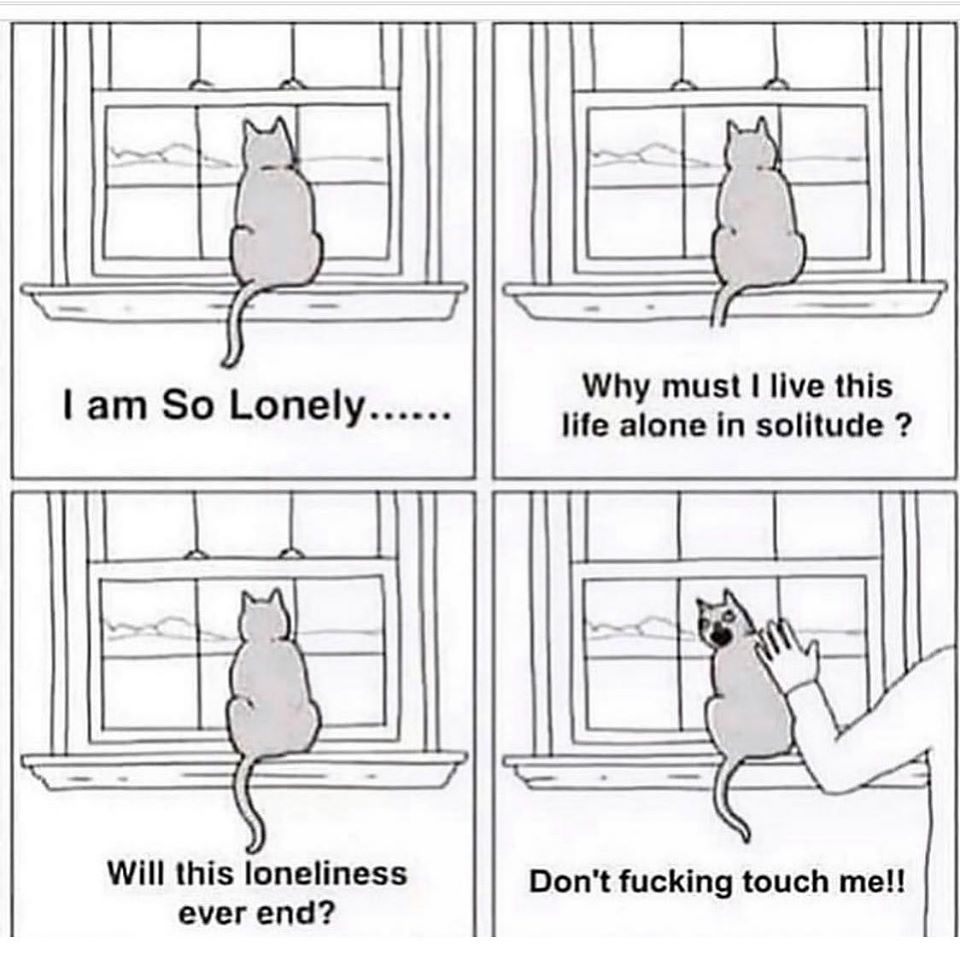 Two memes from Jesus of the Day: 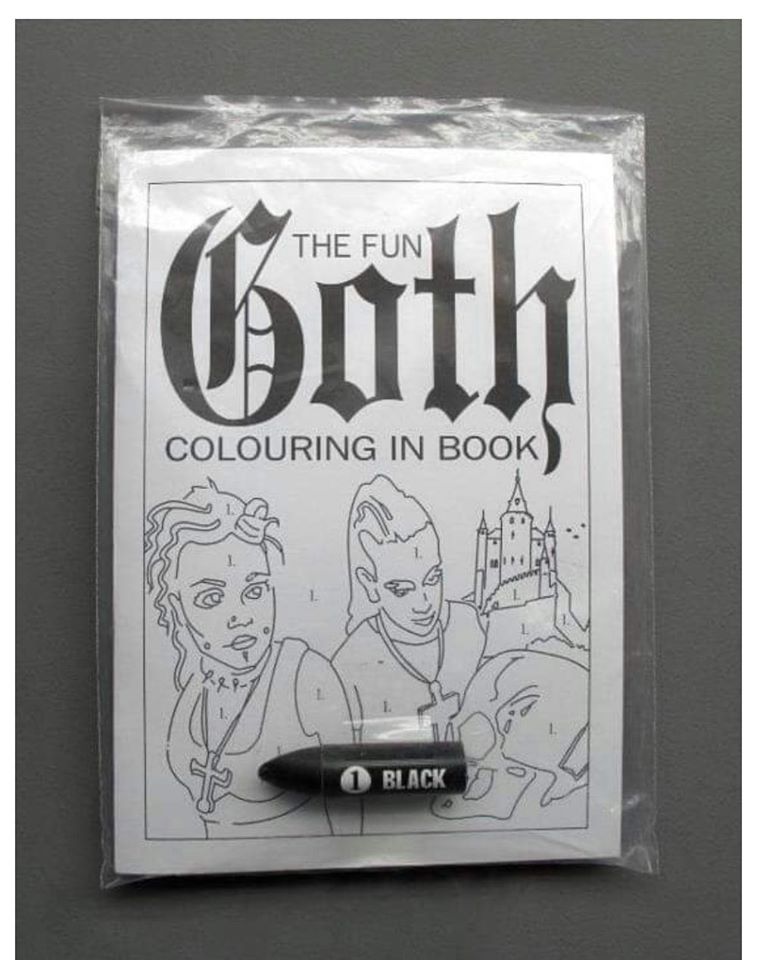 And a post-apocalyptic meme from Jesus of the Day. 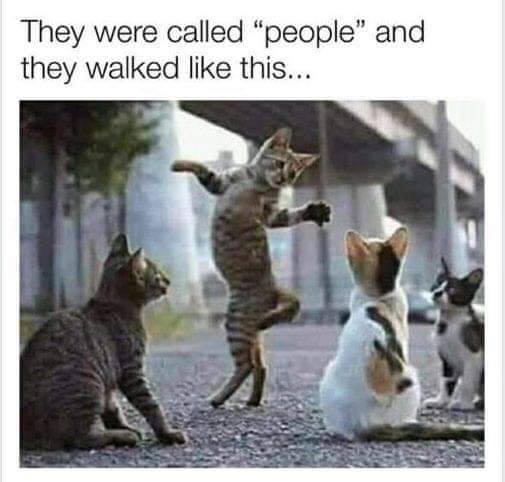 The Art Institute lions have masks! Some miscreant stole one a few days ago, but it’s been replaced.

Our lions show their love for the city, encouraging Chicagoans to take the necessary steps to protect each other.

We're proud to be a part of the Mayor’s campaign to keep residents healthy and safe. #StayHomeSaveLives #OneMaskAlreadyStolen #NewMaskArrivesToday #DontStealMasks pic.twitter.com/X8MK4n28FQ

From Ziya Tong. As I said when I retweeted it, “Every zoo and natural history museum needs this exhibit.”

The Bronx Zoo once had an exhibit featuring "the most dangerous animal in the world". It was a mirror. https://t.co/dtcGH4aL7z pic.twitter.com/ueo66vkXdy

From CNet. Not only was I unaware that this was possible, but I’m still unaware of why this beast does it!

This is soothing to my eyes. BRB. pic.twitter.com/nhVssWrLqk

Two from the Queen. Titania, being woke, of course holds a double standard—in fact, many of them:

This one comes pretty close to the truth for some Control-Lefties:

Heterosexuality is the most common form of homophobia.

Tweets from Matthew. Re the first one, he says that Victoria is a “BBC journalist and a pal.”

Squirrels: A short film by me.
(And an insight into how I’m channelling my #lockdown anxiety/mania)
Sound all the way up, please! pic.twitter.com/oFMrntk17E

Did I tweet this already? There must be elebenty gazillion ducklings here. I wish I had that many to tend!

A Dutch friend sent me this and I just had to share for you @skylark22BHC1 pic.twitter.com/aL1NQ431ov