Today’s photos come from regular Mark Sturtevant, whose captions and IDs are indented:

Here are more insects from 2018. Clicking to embiggen is highly recommended. Thanks for looking!

First up is one of the flower longhorn beetles (Typocerus sp.). These are most often seen sitting on flowers and eating pollen. 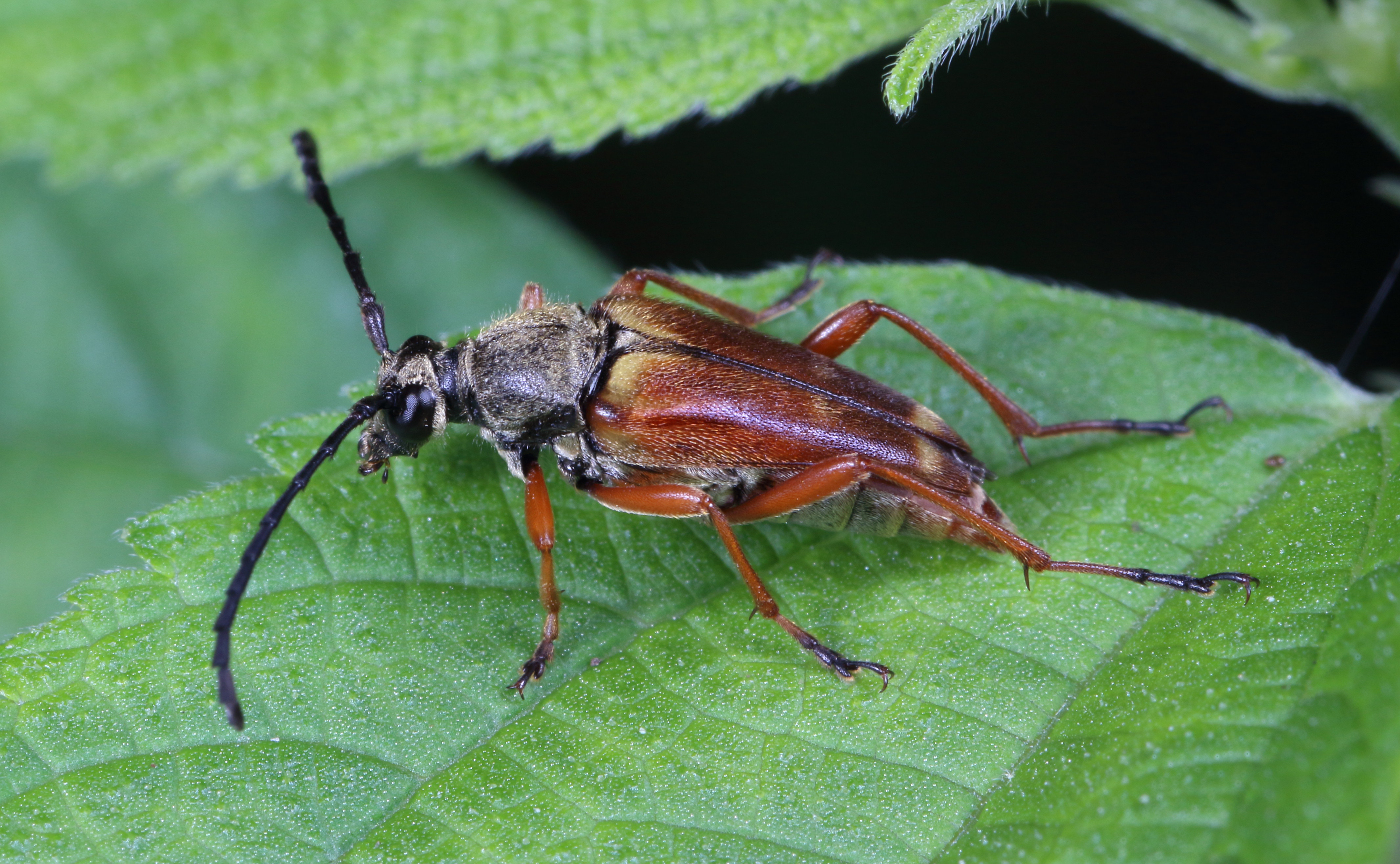 Next is a mating pair of tiger bee flies (Xenox tigrinus) that were sitting on our patio umbrella. Bee flies parasitize other insects, usually Hymenopterans, and this particular species prefers to parasitize carpenter bees. Many species also mimic bees, hence the common name for members of this family. The two made an impressive pair since this is one of our largest species in this family. 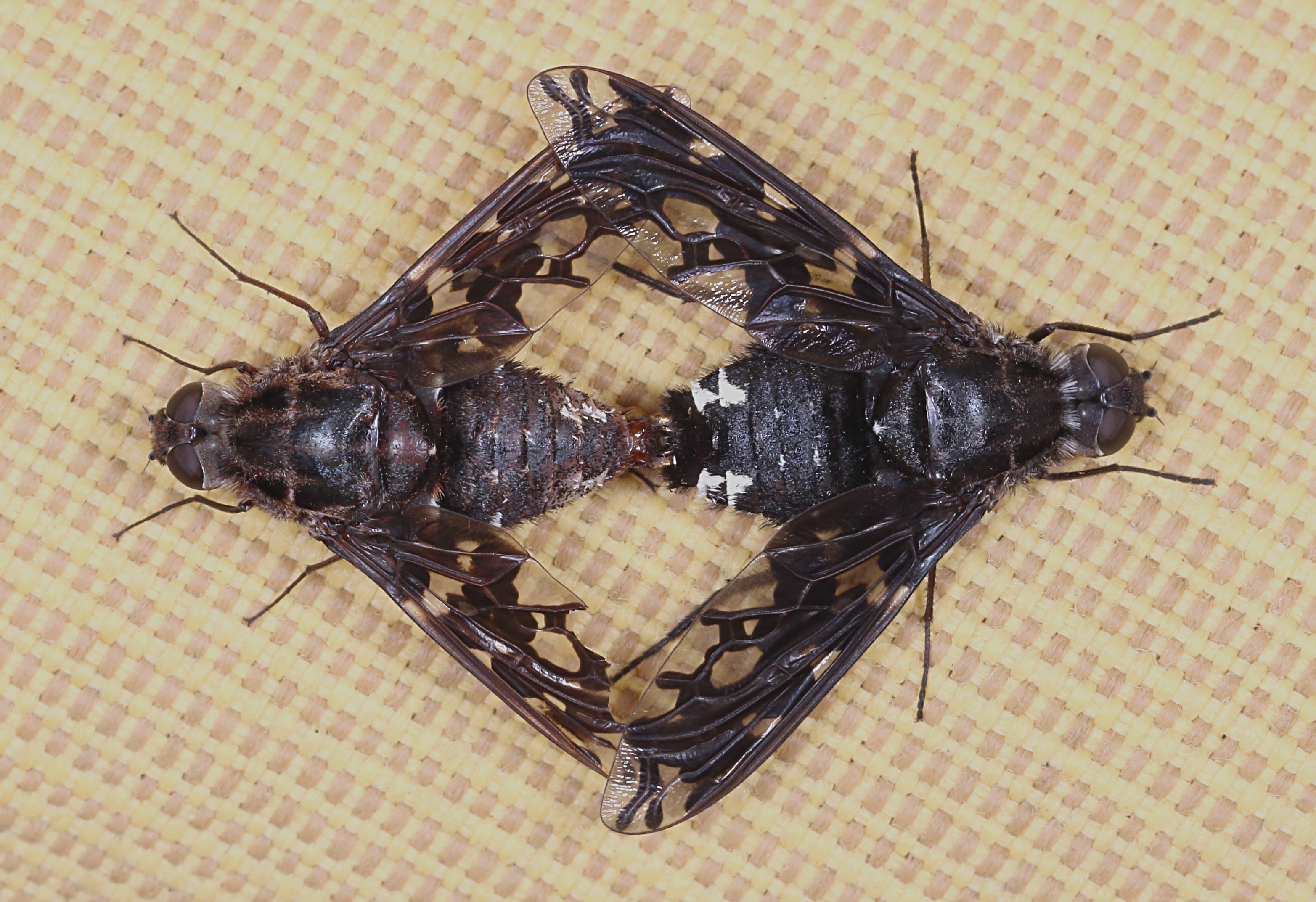 The handsome fly shown in the next picture is the marsh fly (Tetanocera sp.). This is a fly that is remarkably tolerant about being photographed up close. I will always have a soft spot for them as it was one of the first insects that I photographed. 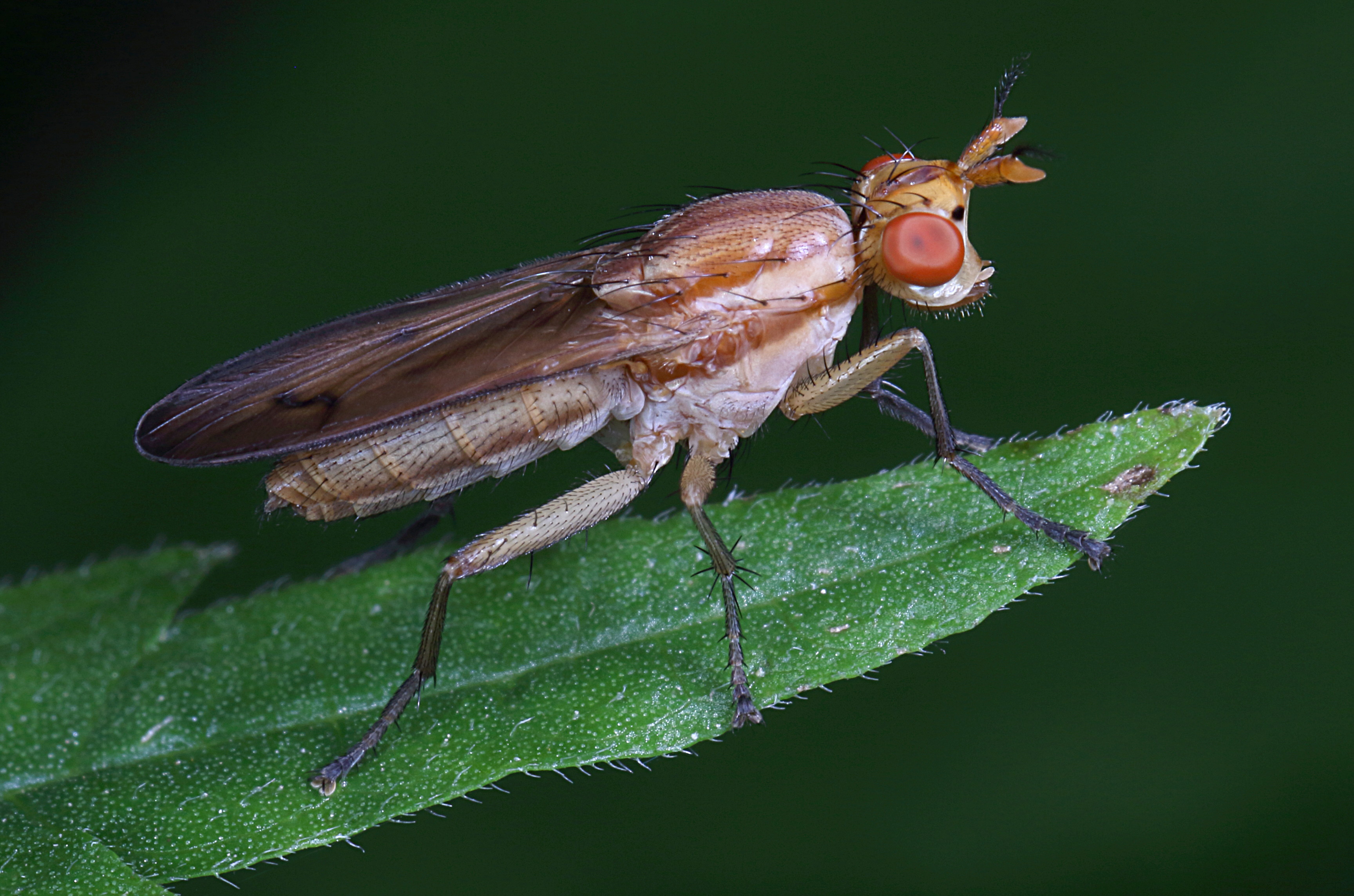 Next up are two species of walking sticks. First is a smaller species called the Blatchley walking stick (Manomera blatchleyi), although at the moment it is doing a good job blending in with leaf veins. 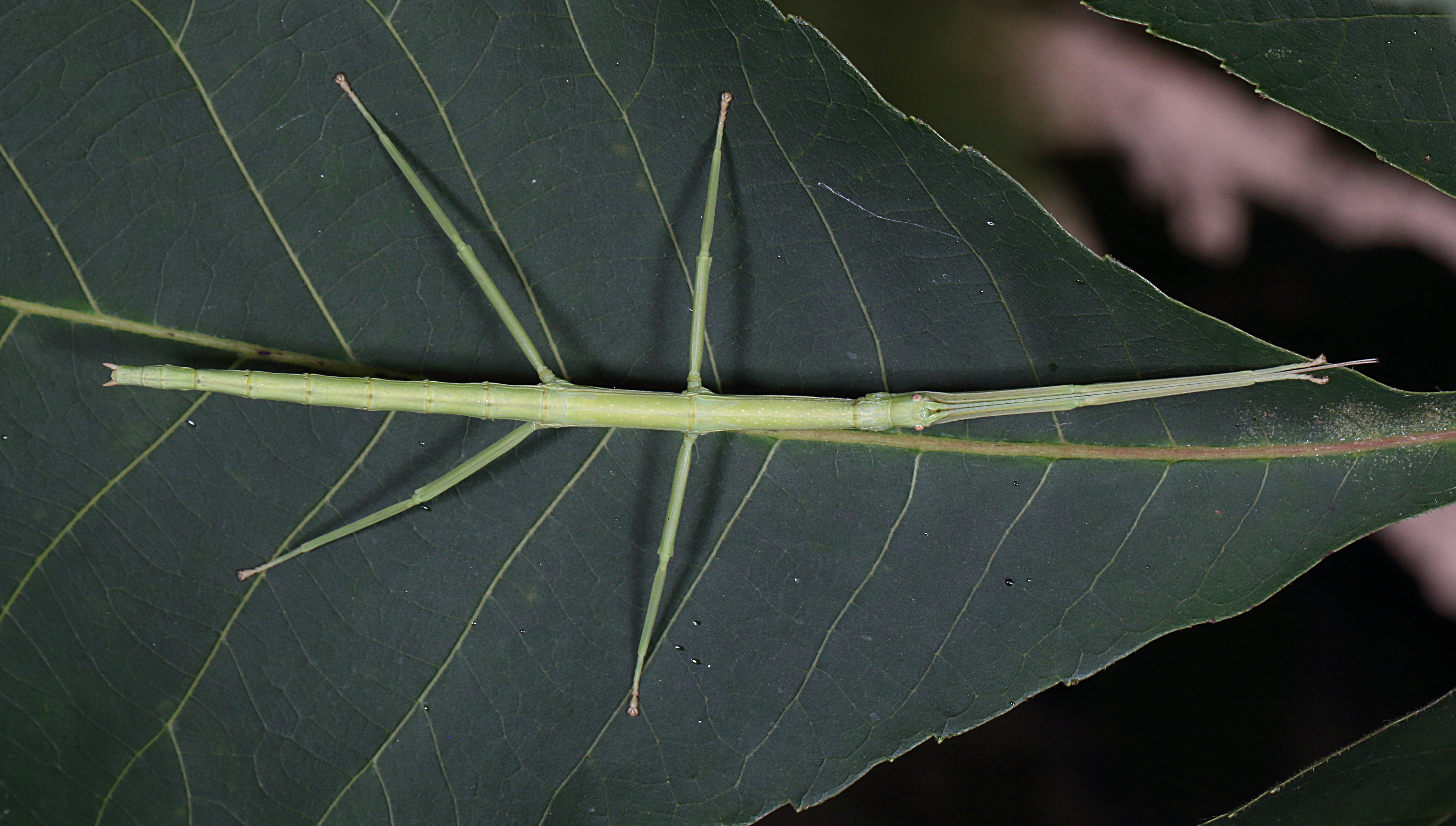 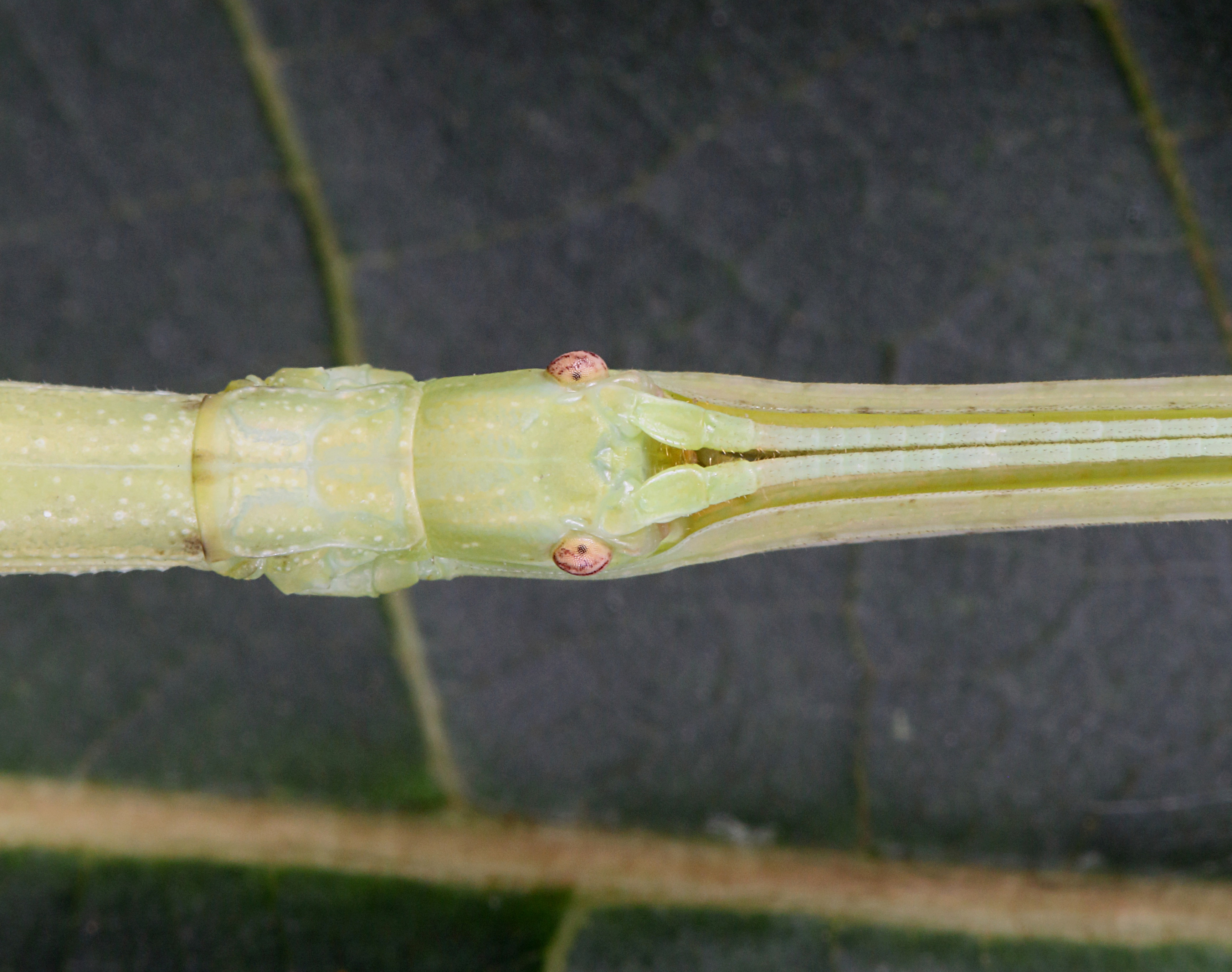 The second walking stick is a big female known as Diapheromera femorata. This is the very same walking stick that was used in a Spot the Walking Stick post a while back. 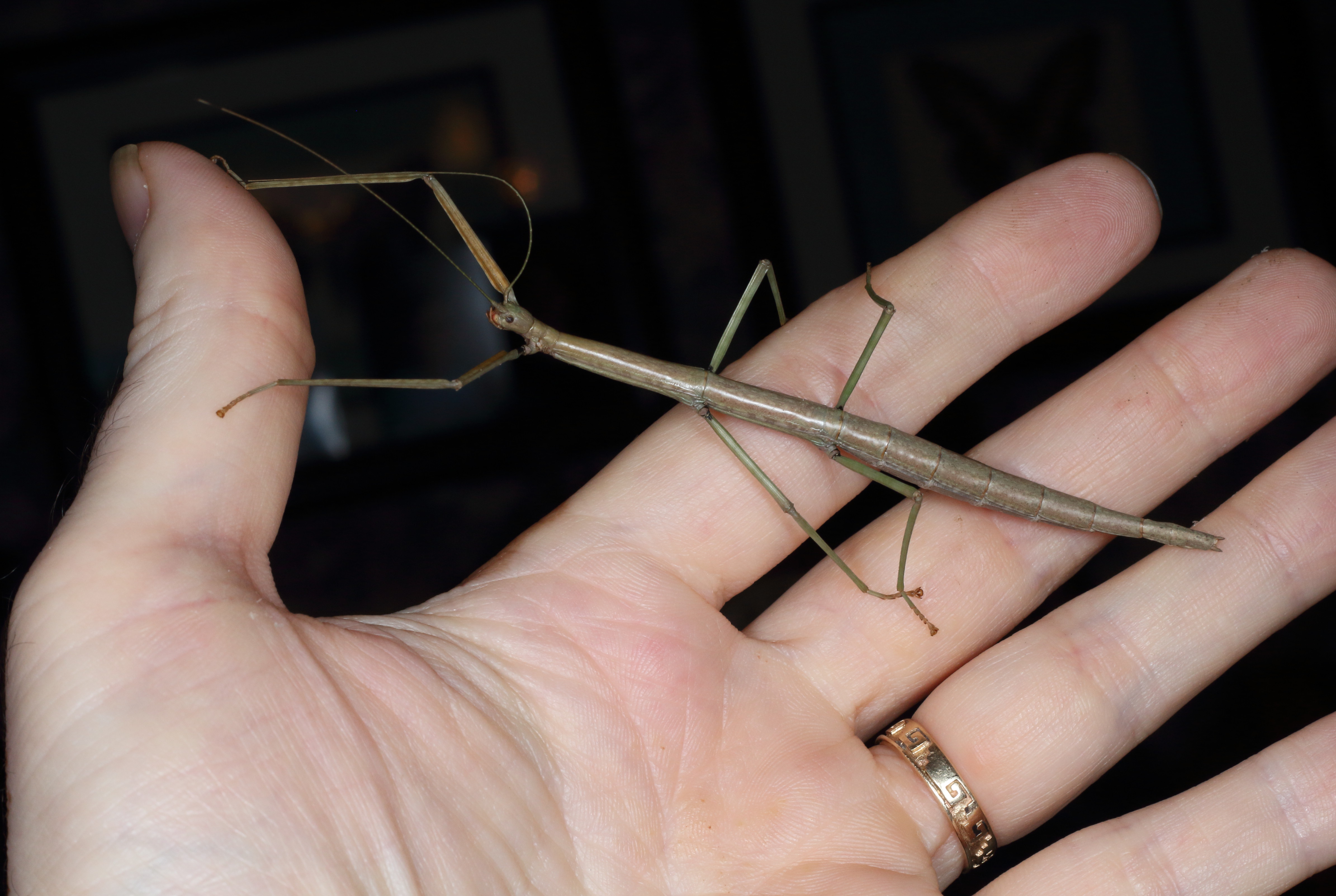 A friend of mine from work gave me a container of dirt from her garden which held some tomato hornworm pupae. The pupae did not turn out well (they were malformed), but there was this furtive movement on the soil which turned out to be the incredibly well-camouflaged insect shown in the next picture. This is dramatically known as the “masked hunter” (Reduvius personatus). More specifically, it is the nymph of an assassin bug which decorates itself with soil particles. The adults do not bother to hide, as shown in the next picture. Assassin bugs can deliver a nasty bite, and so perhaps they don’t need to hide. 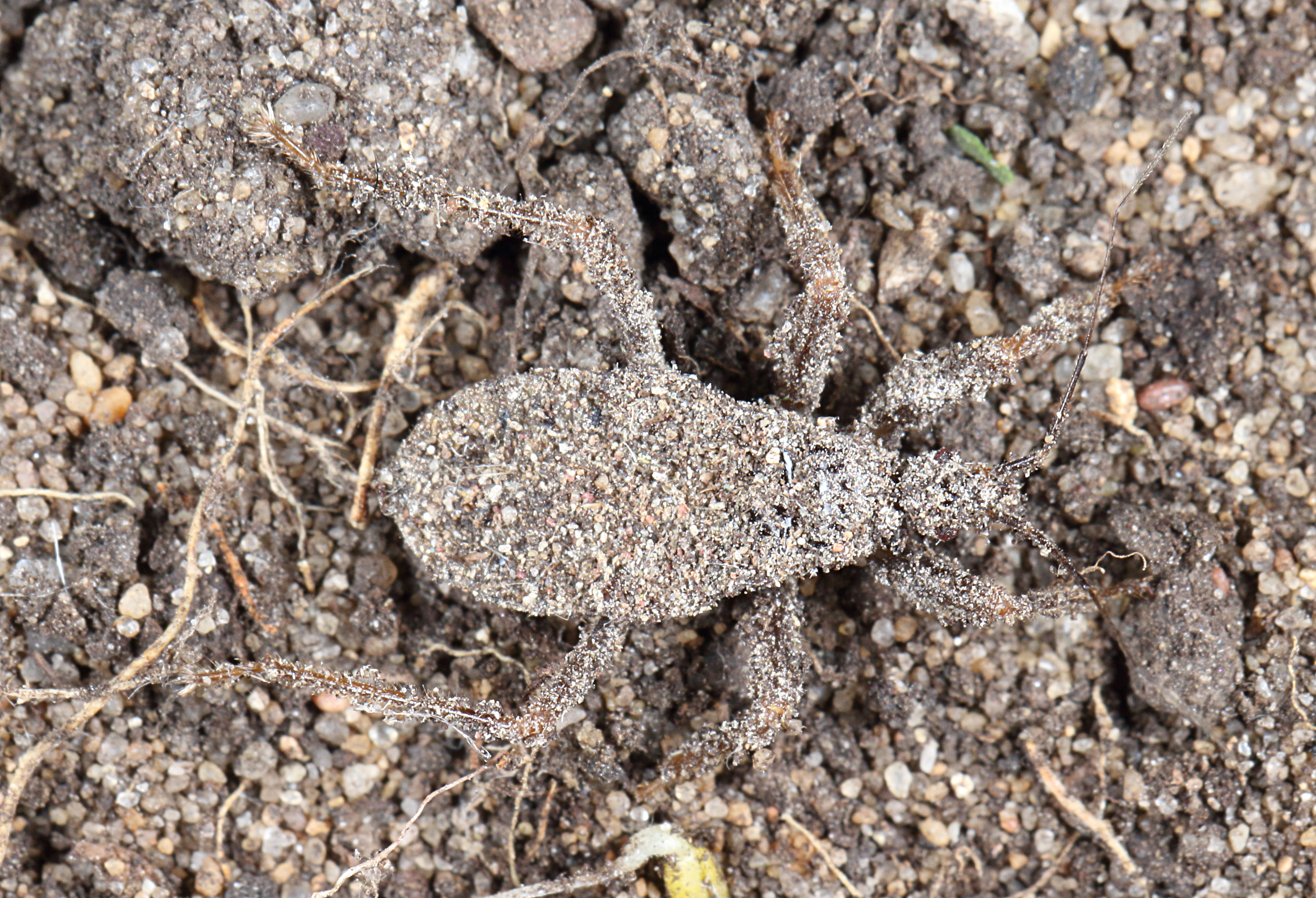 Moving on to Lepidoptera, the next two pictures are of hickory tussock caterpillars (Lophocampa caryae). These are rather variable in their hairiness and markings. They belong to the tiger moth family, and the adult is rather striking although come to think of it I don’t believe I have seen one. 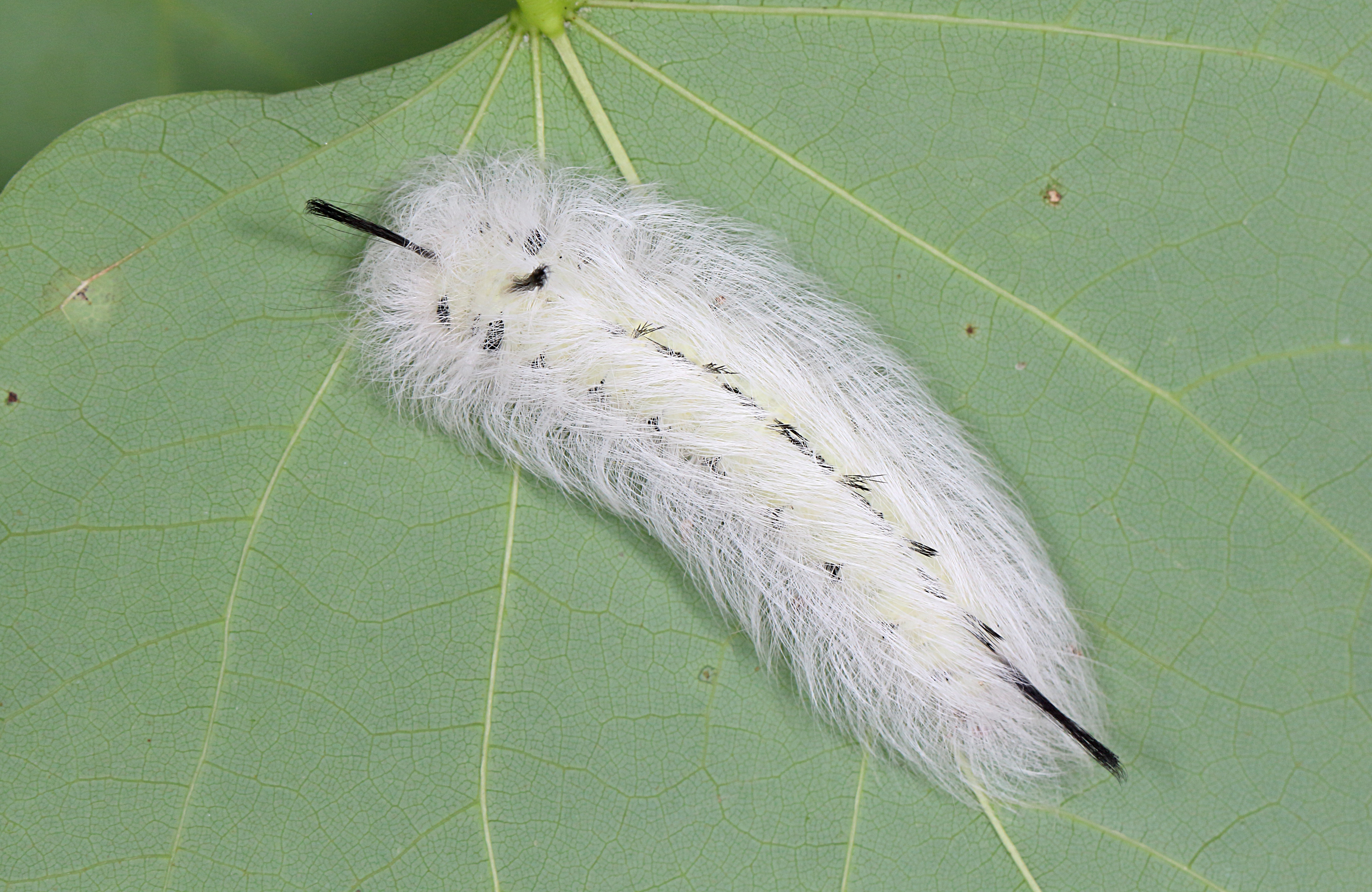 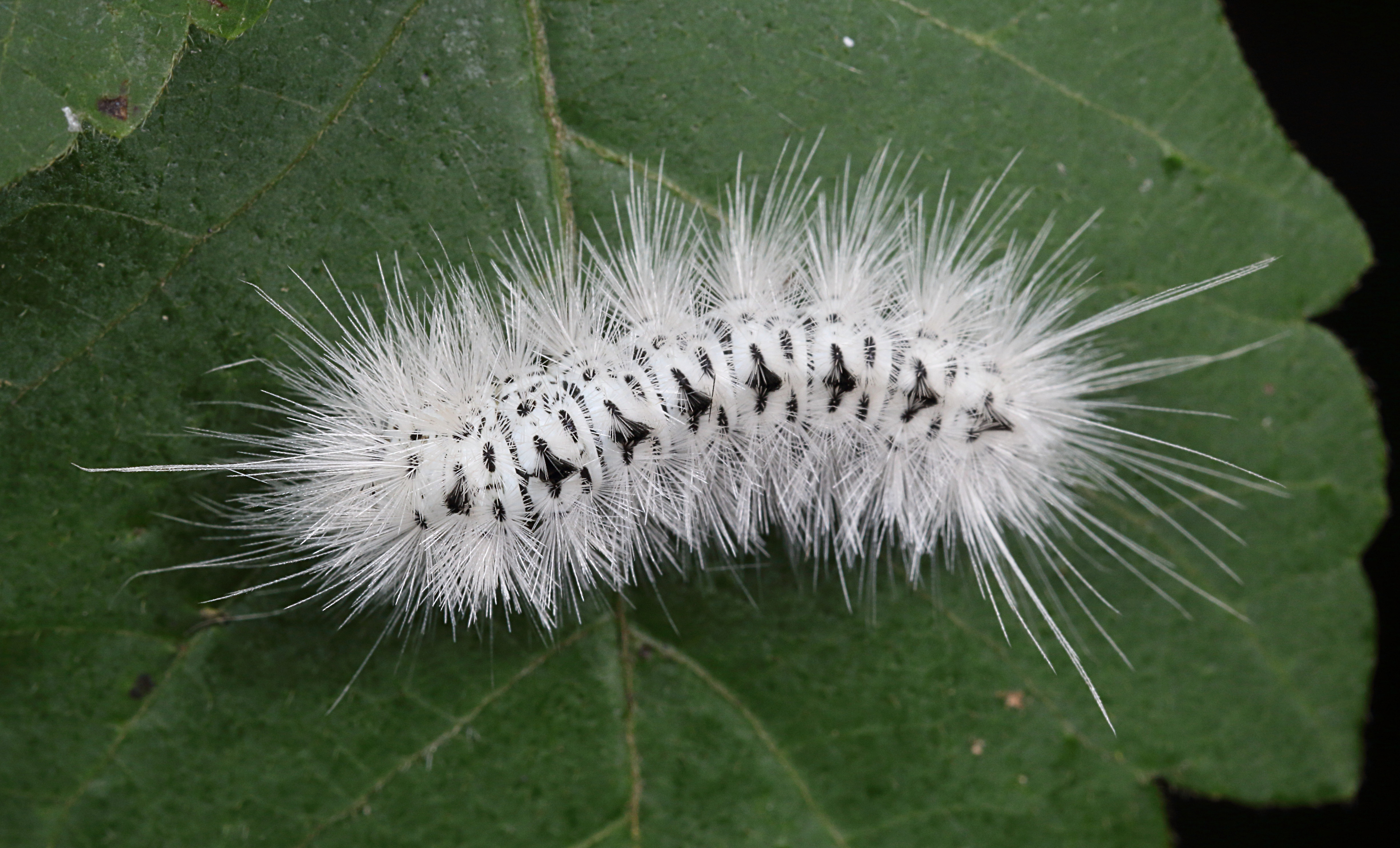 The next caterpillar is the larva of the black arches moth (Melanchra assimilis) Fairly common on goldenrod and asters. The larva is also variable in its colors. 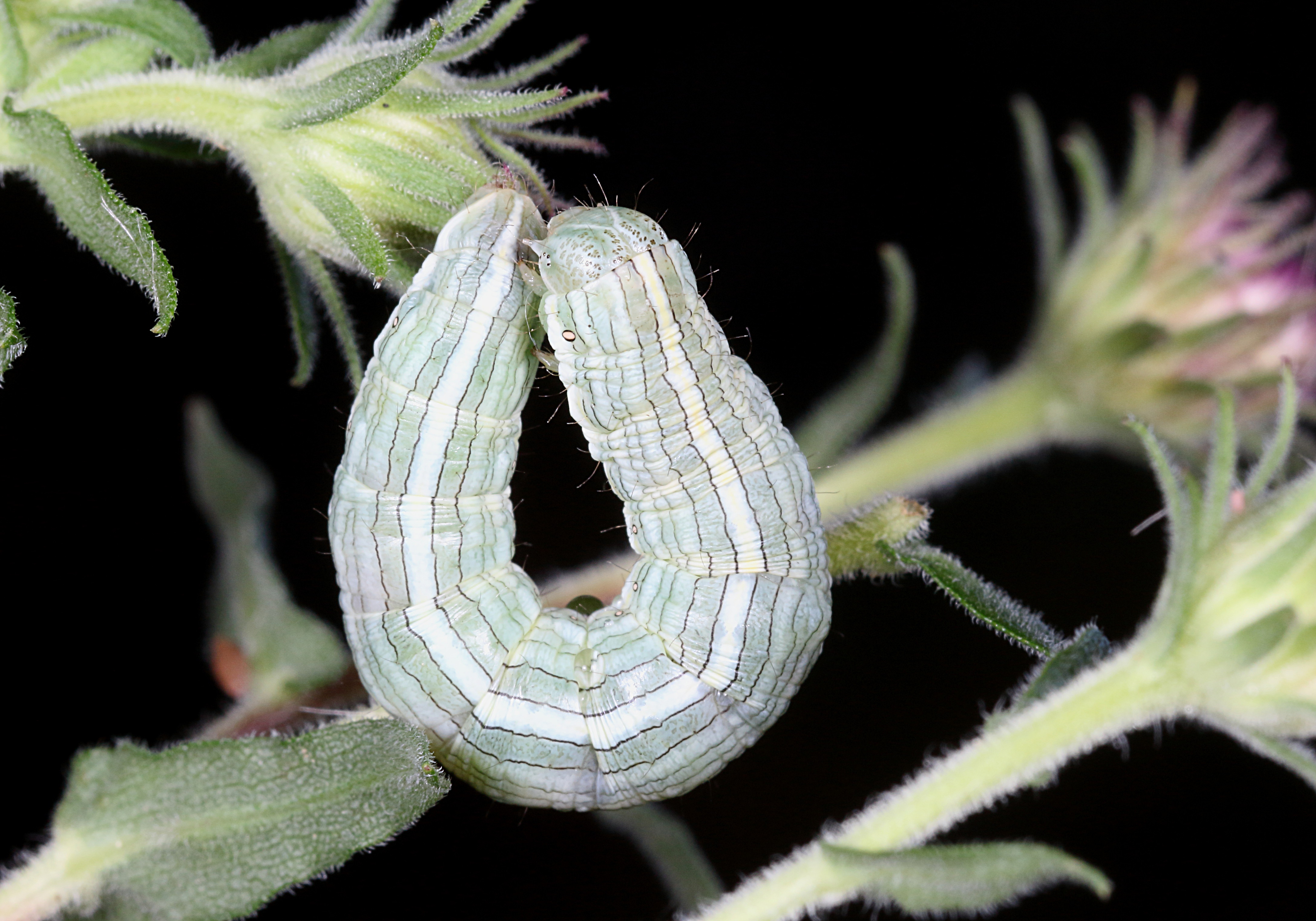 The last of the Lepidopterans is a “battle damaged” viceroy butterfly. Viceroys and monarch butterflies are of course famous examples of Müllerian mimicry, meaning that they are both advertising that they are toxic, and, by resembling one another, they can amplify this honest message. The viceroy and I were on the same prairie, each pursuing our own interests, but we were traveling the same route so we kept crossing paths over a long August afternoon. By the time we parted company at the end of the afternoon I was feeling a great affection for this stalwart companion. 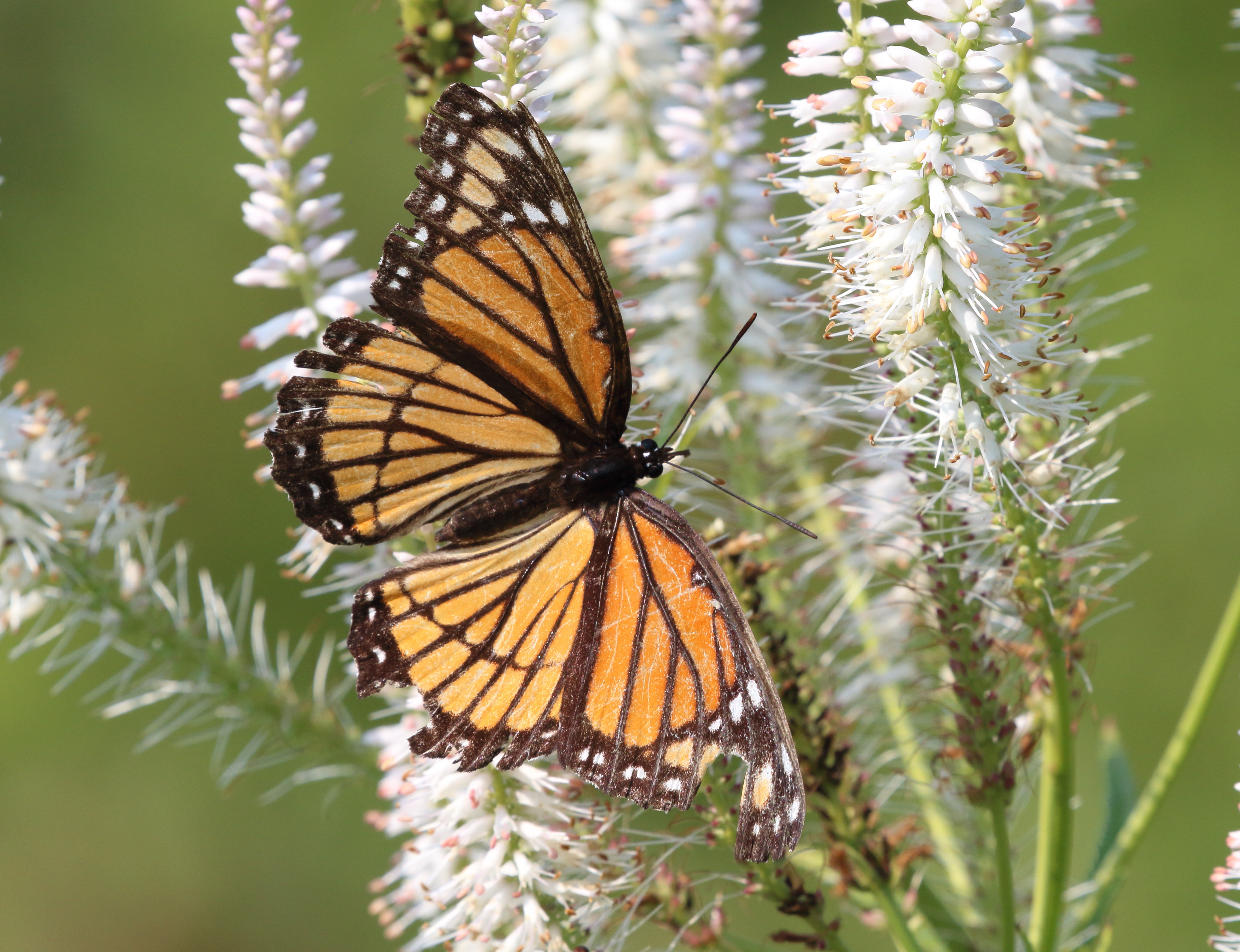