Reader Dom the Ancient (or so he calls himself, as he just turned 60), is locked down in Cromer, having fled London just before the quarantine there. He has in fact been eating roots and other foraged items, so another reader sent him a fancy hamper of food. Dom has also photographed insects, and sent a few photos. His words are indented:

I have some limited interweb access via a usb dongle.  Here is some ‘Natchur’ in all her springtime glory!

In Cromer, on the Norfolk coast, the Alexanders have been flowering for a month.

The Alexanders (Smyrnium olusatrum) were introduced by the Romans, and until the adoption of related celery, were widely eaten.  Here there is one with some yellow rust, Puccinia smyrnii, which my plant scientist guru Nichola Hawkins of Rothamsted (famous plant research unit) identified for me. She said on Twitter “most rusts are (either on one host, or two for different parts of the life cycle). It’s called Puccinia smyrnii because the scientific name of the Alexanders genus is Smyrnium, so as an English name we’d just call it Alexanders rust. […] If you see a rust and can identify the host, calling it ‘Host-plant rust’ is usually a good guess! But there are a few plants that can be infected by multiple rust species, e.g. wheat can get brown rust, yellow rust, or black stem rust.” 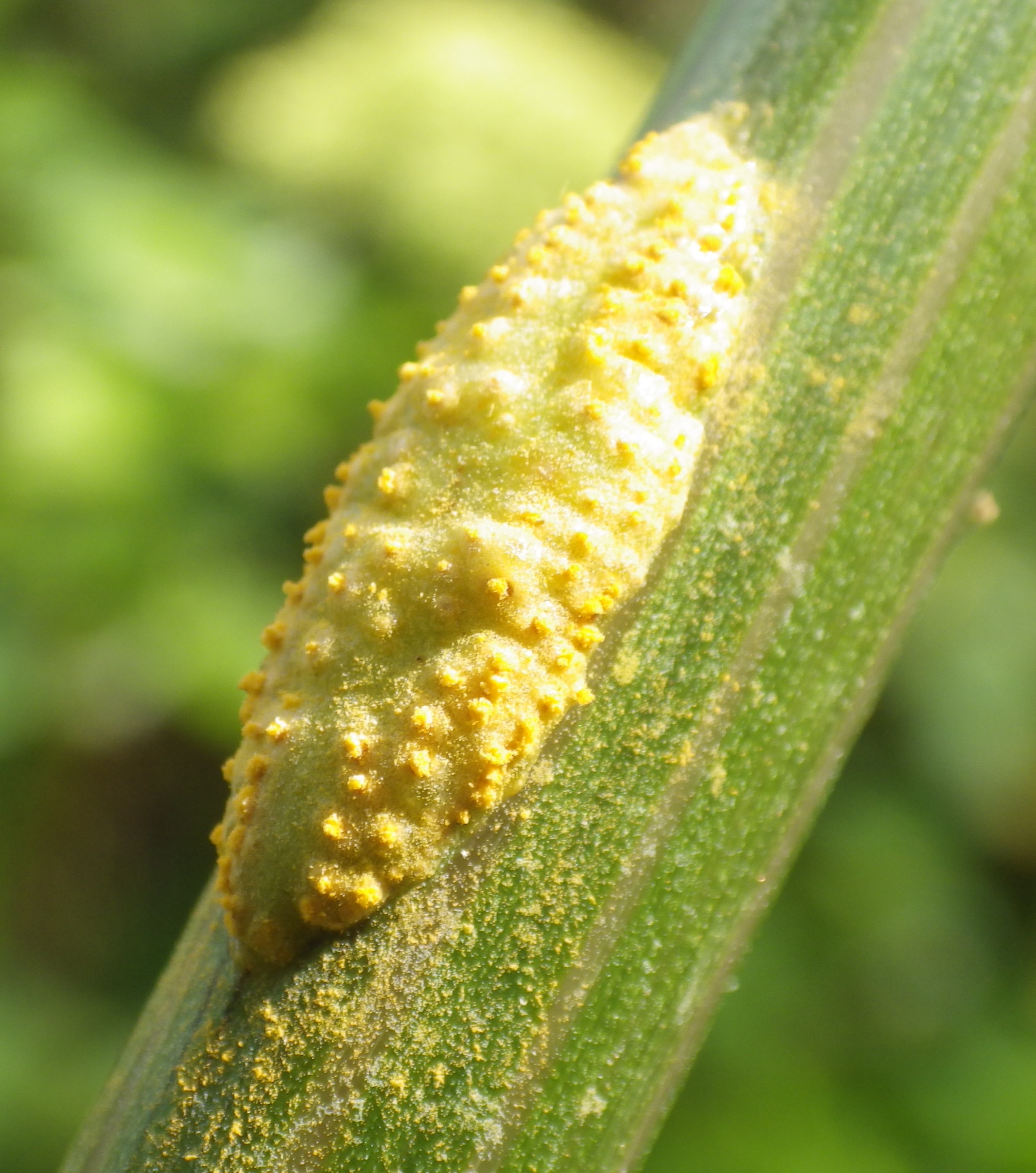 A Mediterranean plant, they proliferate by coasts for some reason – perhaps fewer frosts as they grow over the winter?

An insect that seem to particularly like them and benefit from them, is the St. Mark’s Fly, Bibio marci.  They are Bibionidae.  The males have massive eyes and fly with their back legs hanging down so are quite distinctive.  If you did not know better, you might think the females were a different species, they have such a different look. 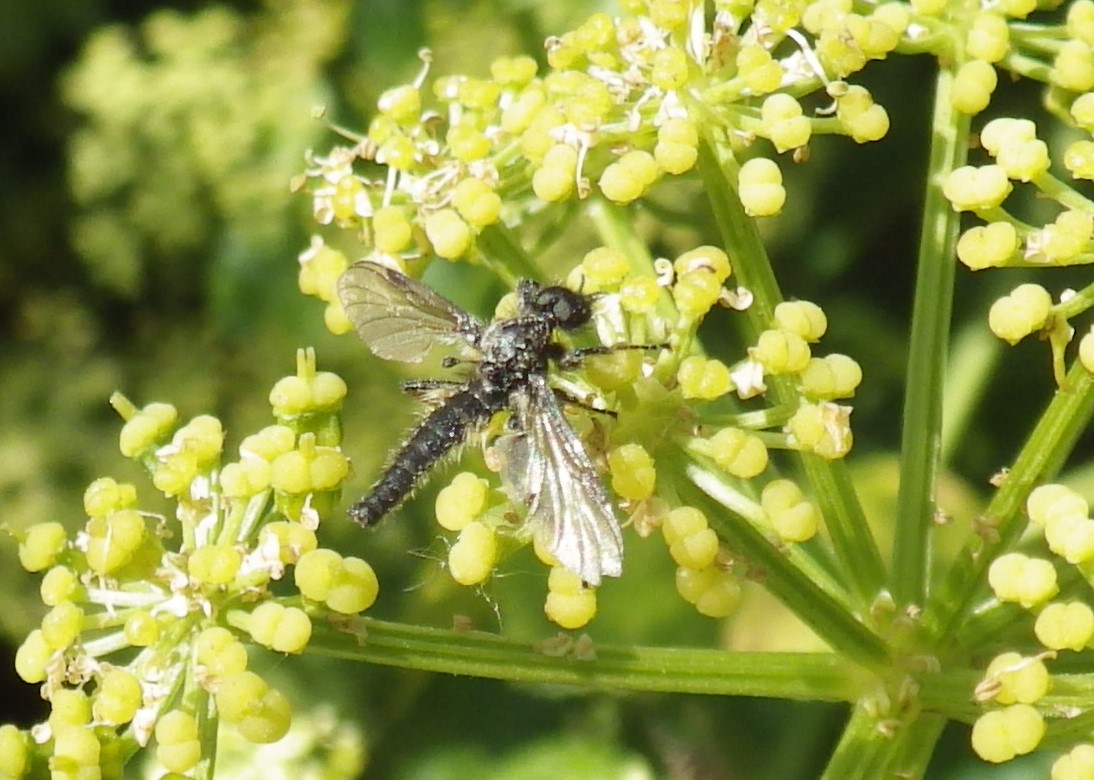 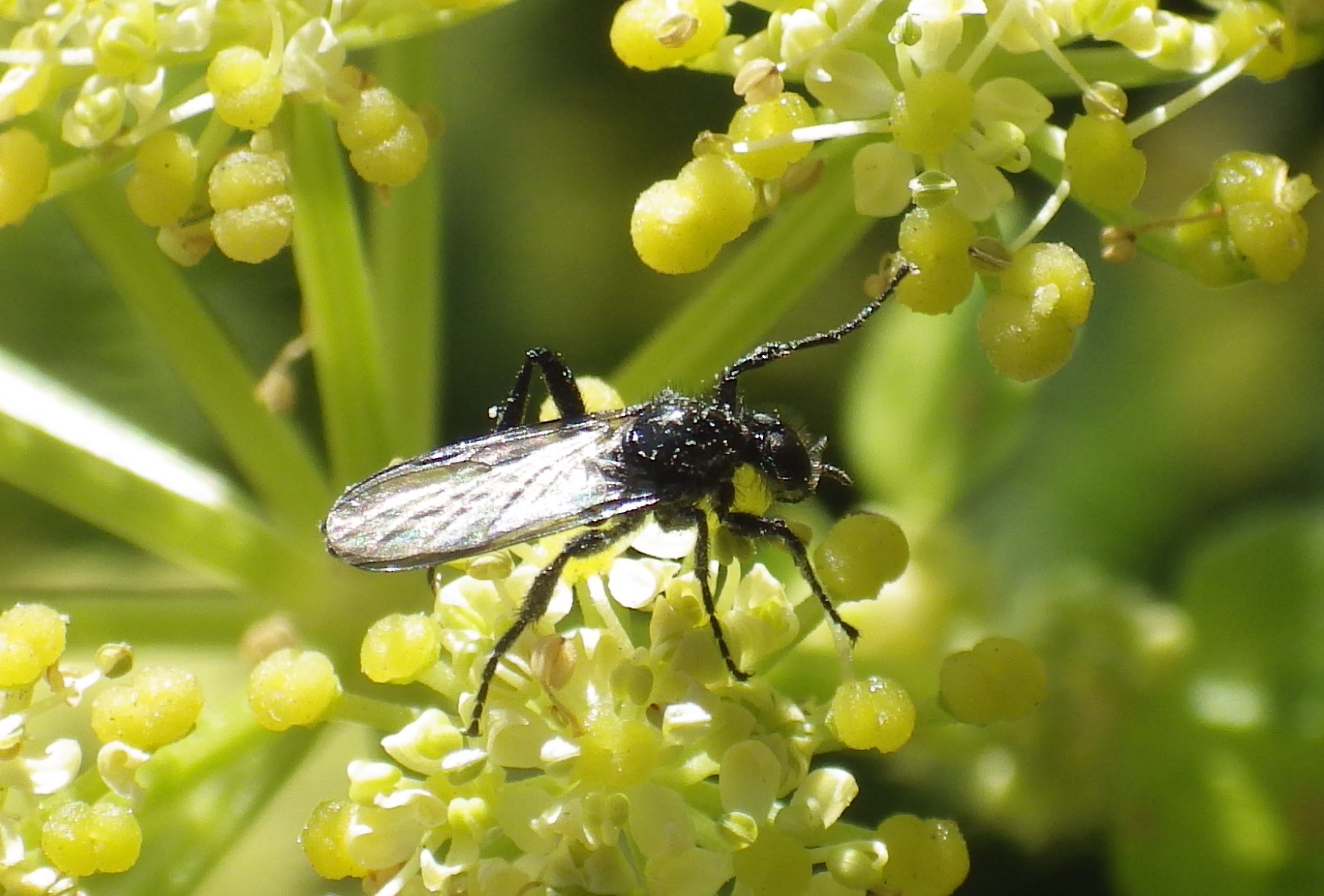 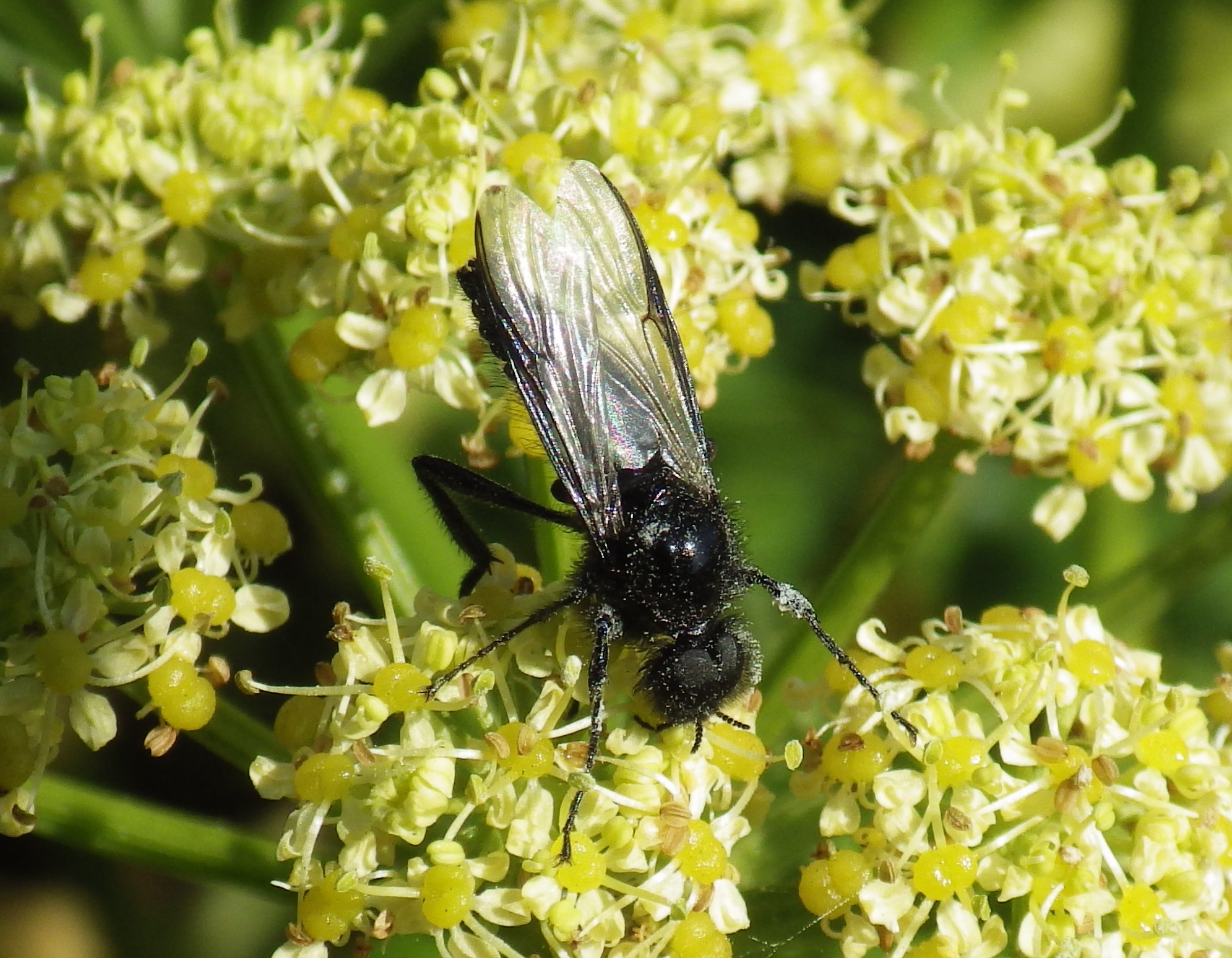 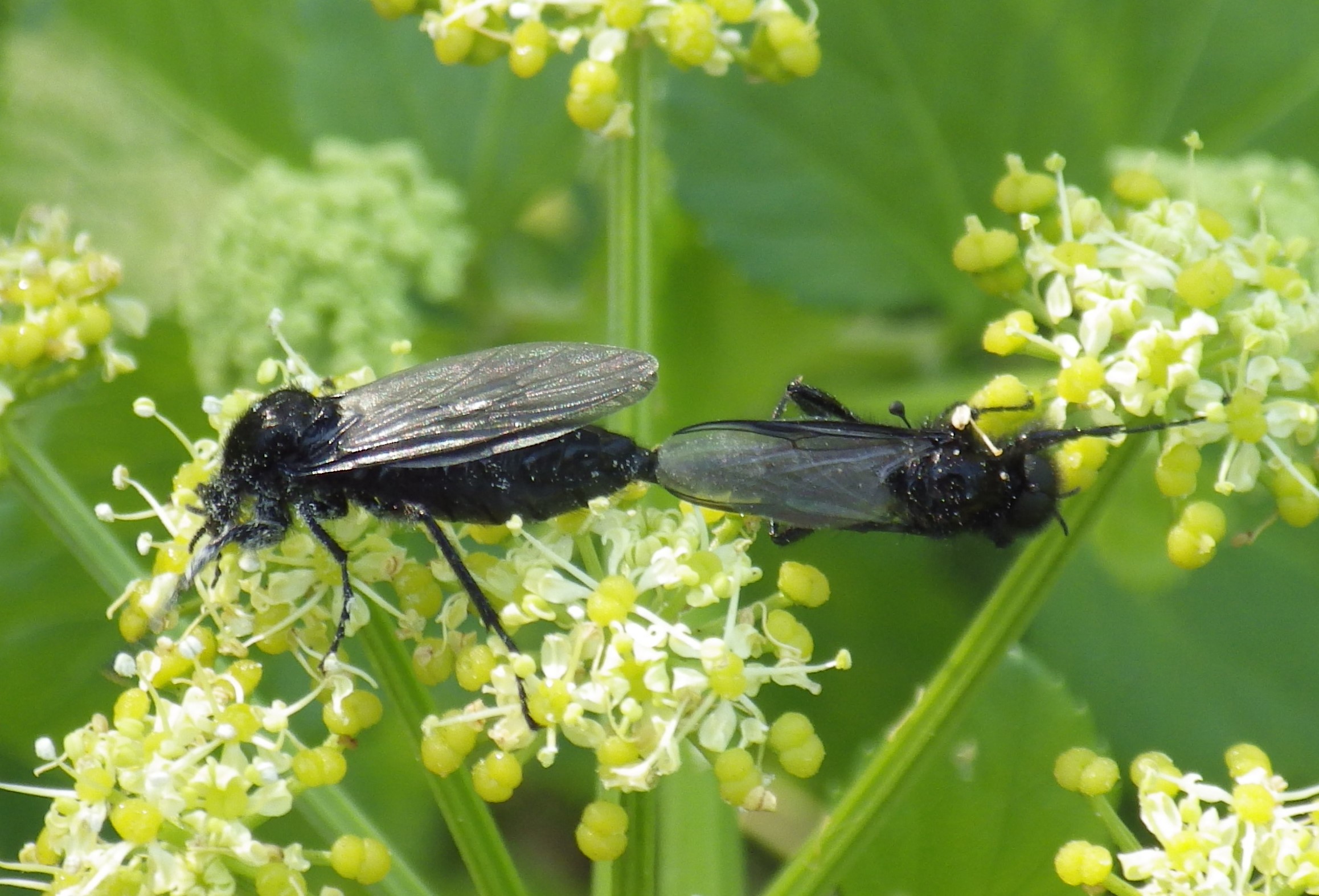 You rarely see these flies alone, as they time their hatching to the days around St. Mark’s day, 25th of April.  They can be an agricultural pest – the larvae live in the leaf litter or soil.  The attached article by Herbert M Morris from a century ago is the most detail I could find on them [JAC: ask and you shall receive].  I’ve considered doing his experiment, capturing the adults to then watch the female make her hole & lay eggs, but it is a big commitment to adopt some larval flies for a year!  Like a lot of other insects, the adults do not live very long after breeding. 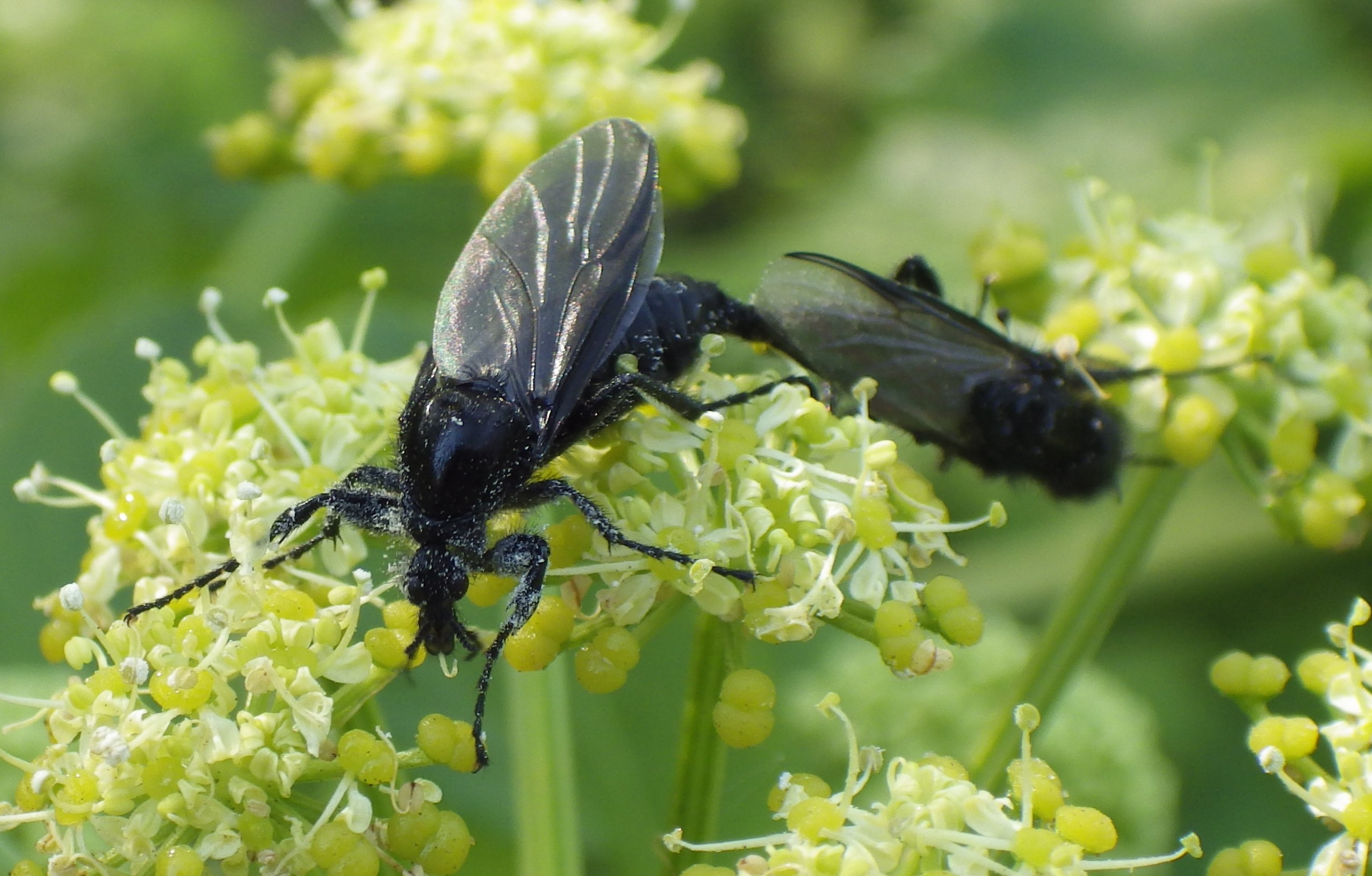 The picture below shows a male B. anglicus with a male marci.  I have not seen a female anglicus, but she is brown, so quite distinctive. 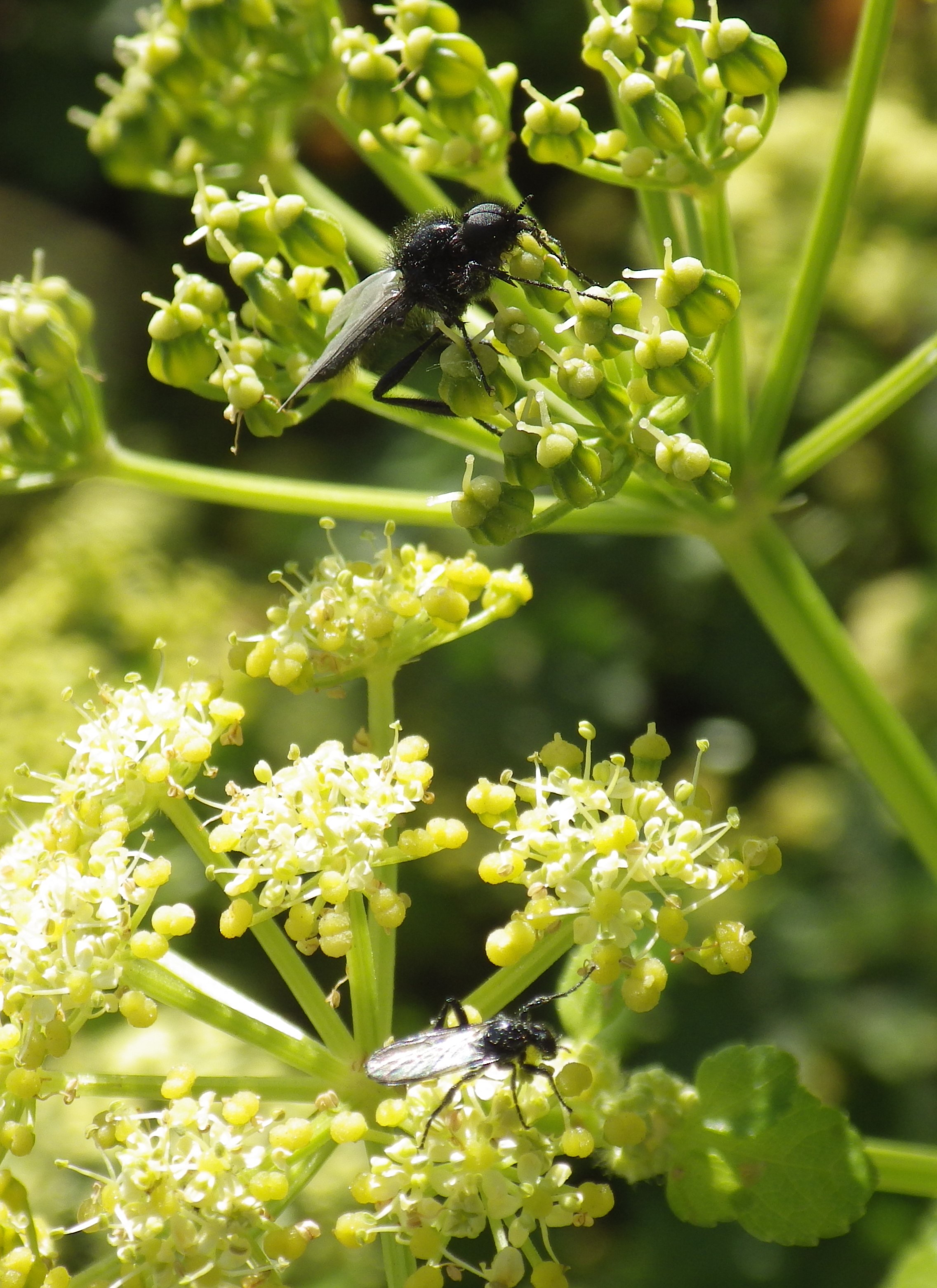