Duck reports may be scarcer than mallards’ teeth for a while, as Honey and Dorothy are both sitting firmly on their nests, with an EHD (expected hatching date) of about May 4. Preparations are being made for two Great Leaps Forward at that time. What we have on the pond now are two drakes, Wingman (who comes when I call) and a new buddy of his. I feed Wingman for the time being, but not very much since I’d like the drakes to leave before the ducklings enter the pond.

So, let’s celebrate real life this Sunday with some duck photos.

First, Dorothy on her nest (she hasn’t moved in about five days: 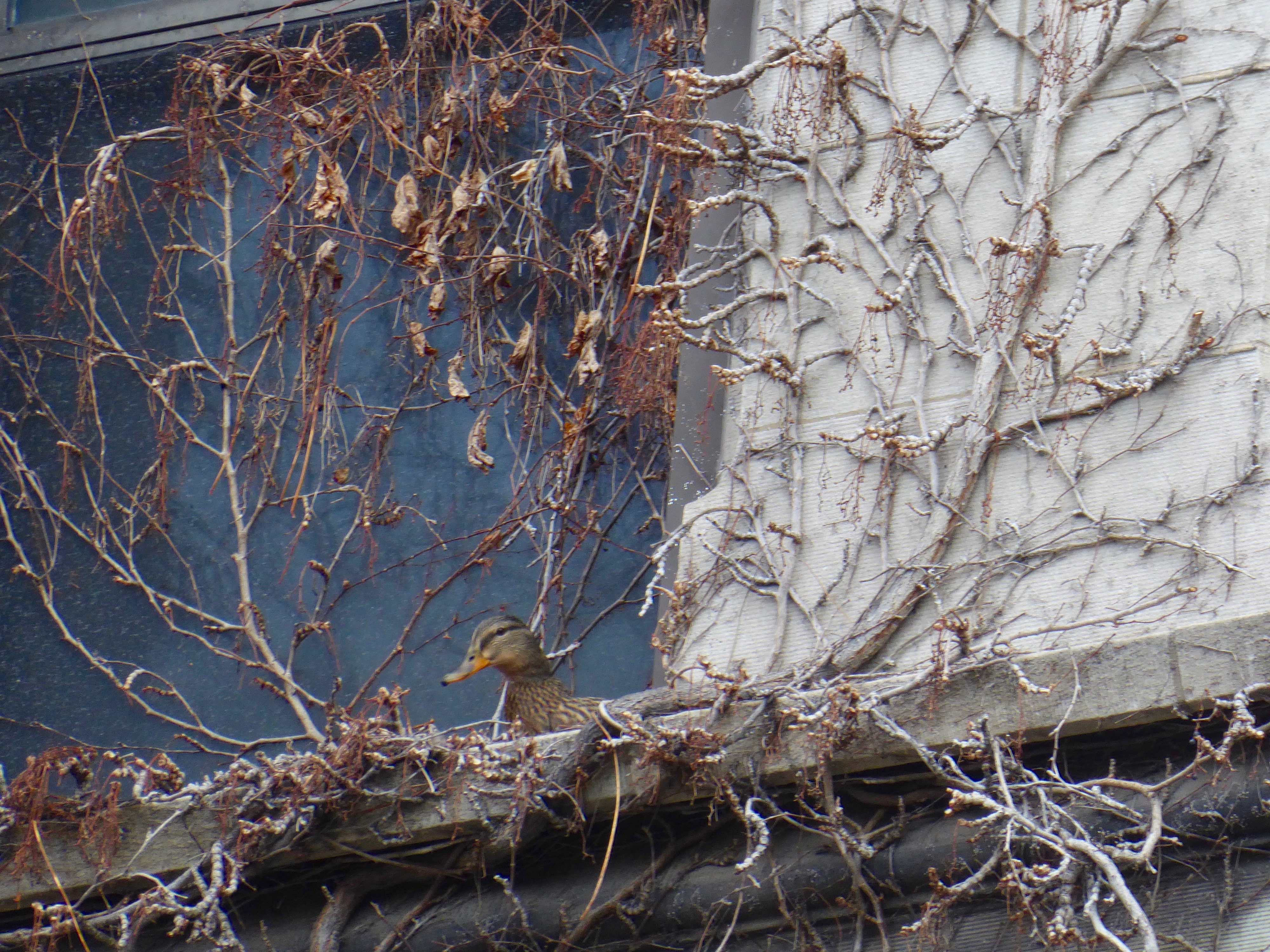 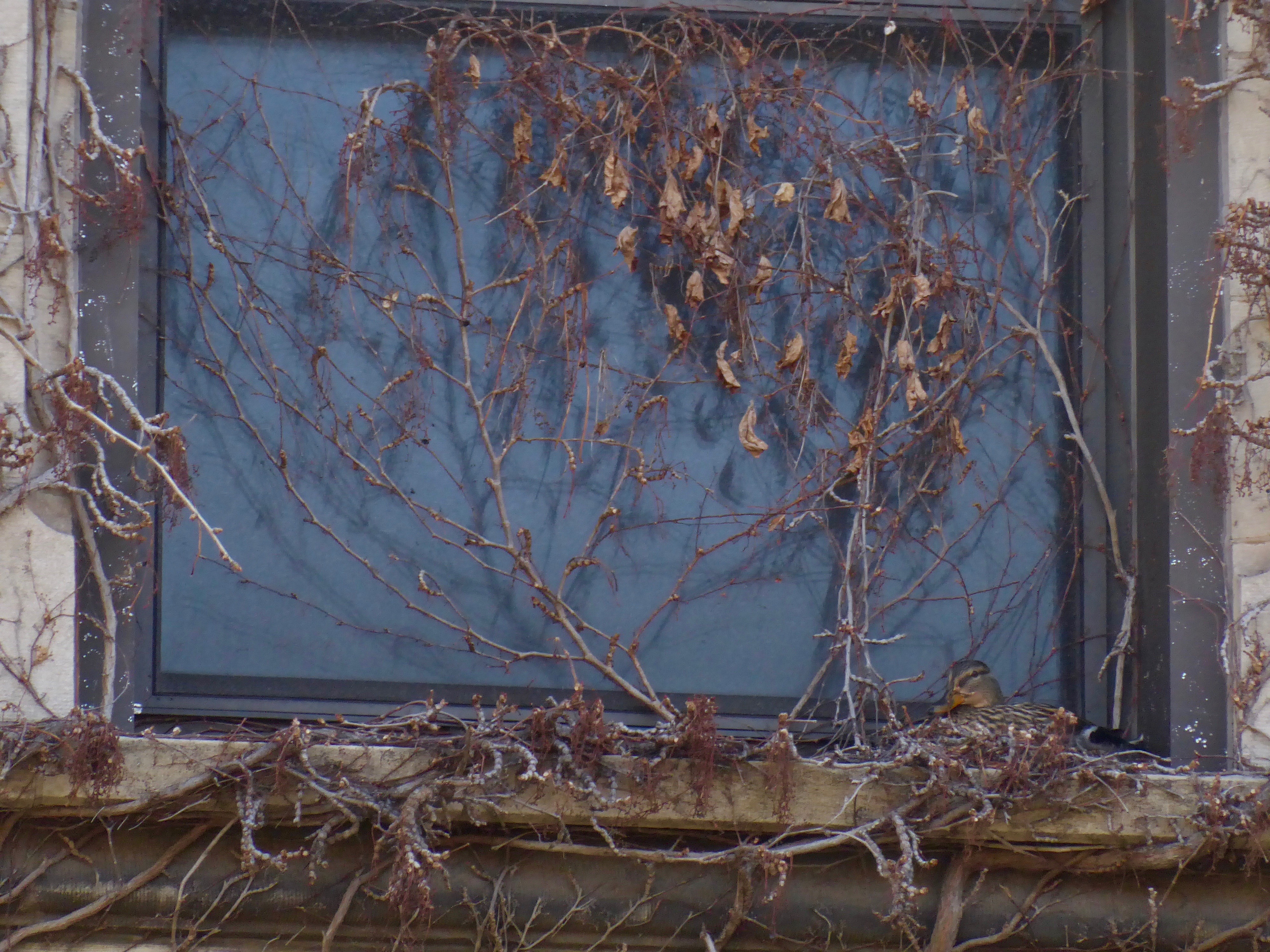 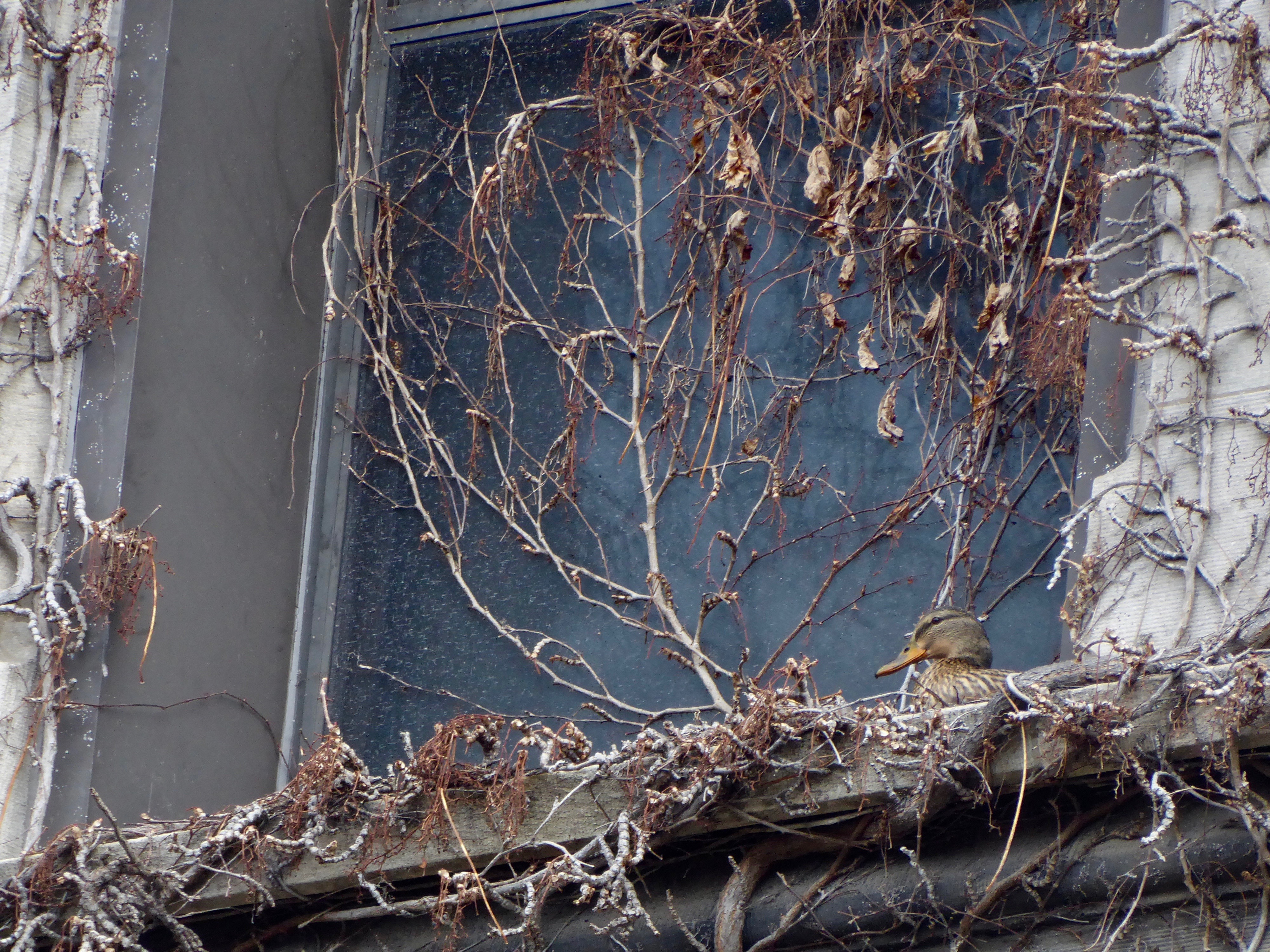 Dorothy having one of her last meals in the pond. You can see the small dot on the right side of her bill that gave rise to her name: 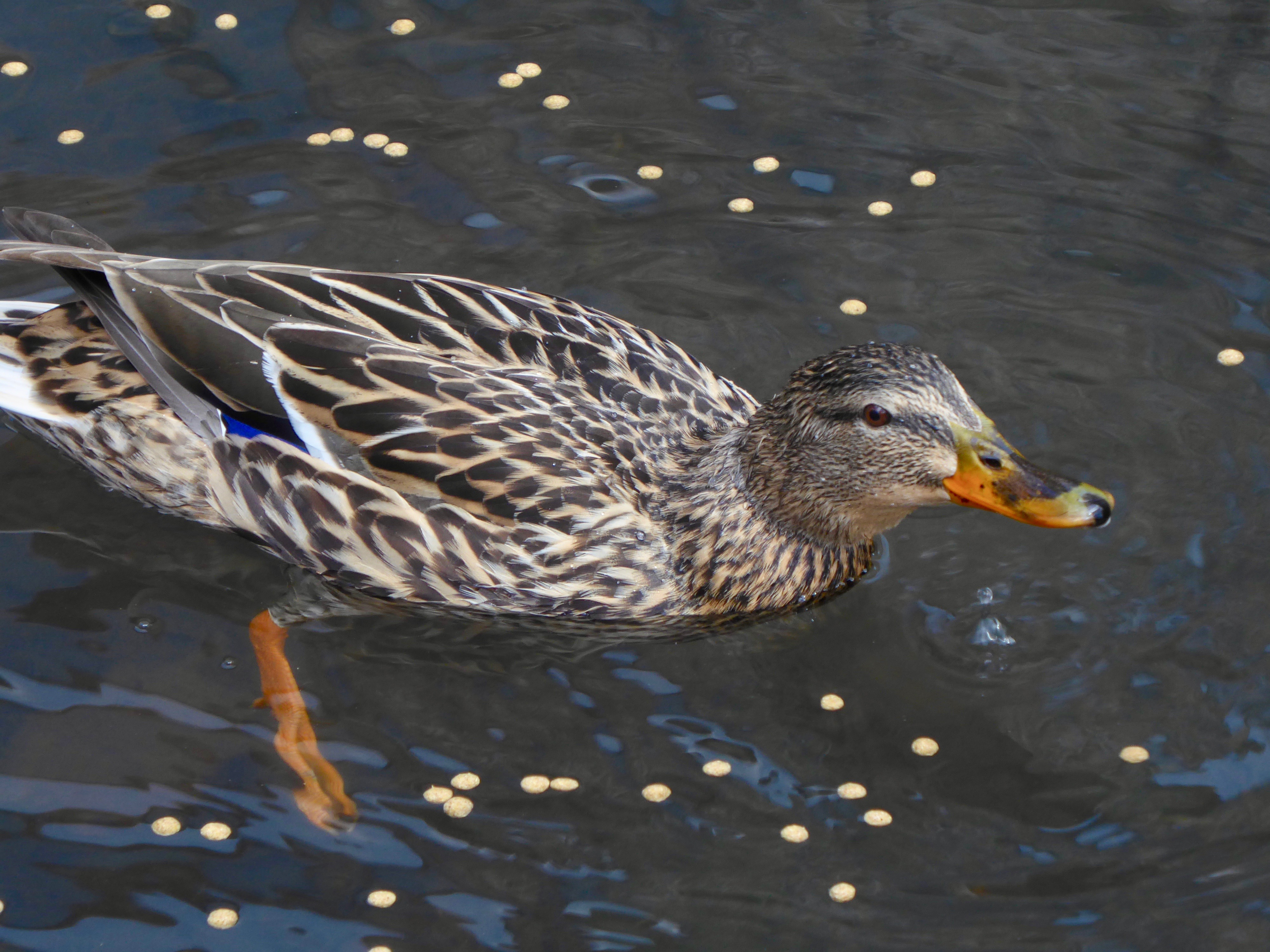 The eastern side of Erman Hall with Honey’s nest indicated by the arrow. You can see her head poking up in the window (which I’ve covered on the inside to avoid disturbance). She began incubating between April 5 and 6. 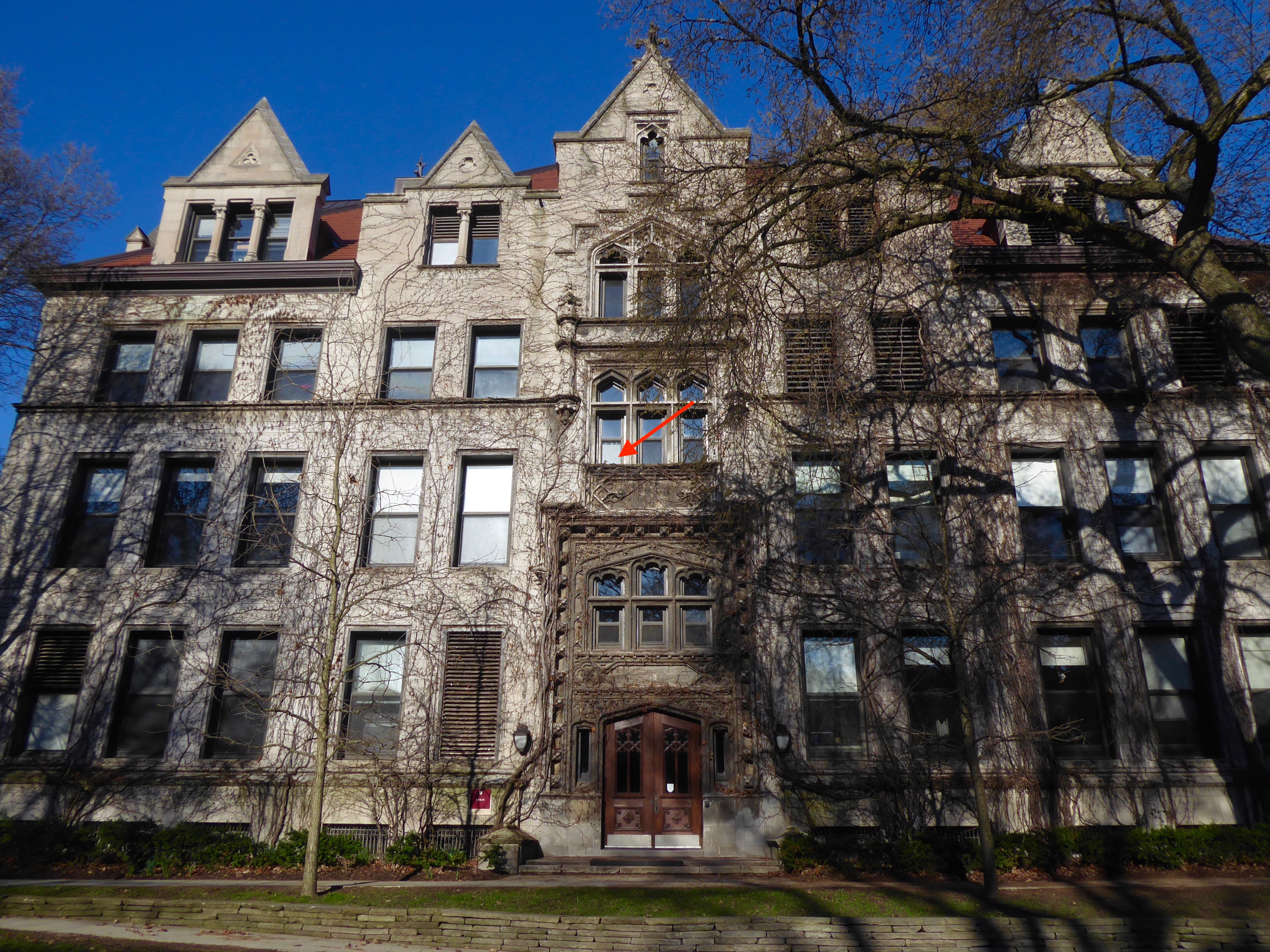 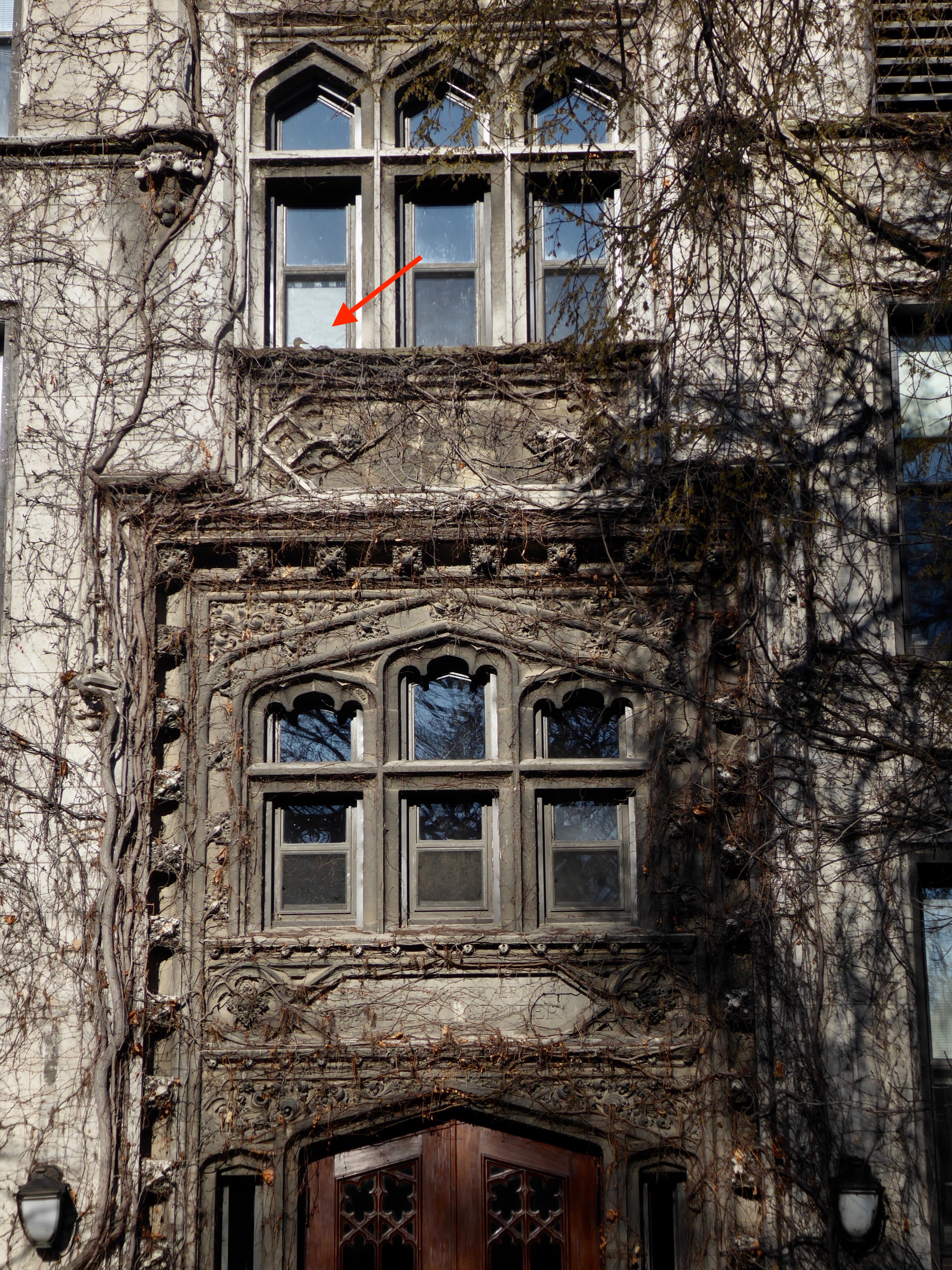 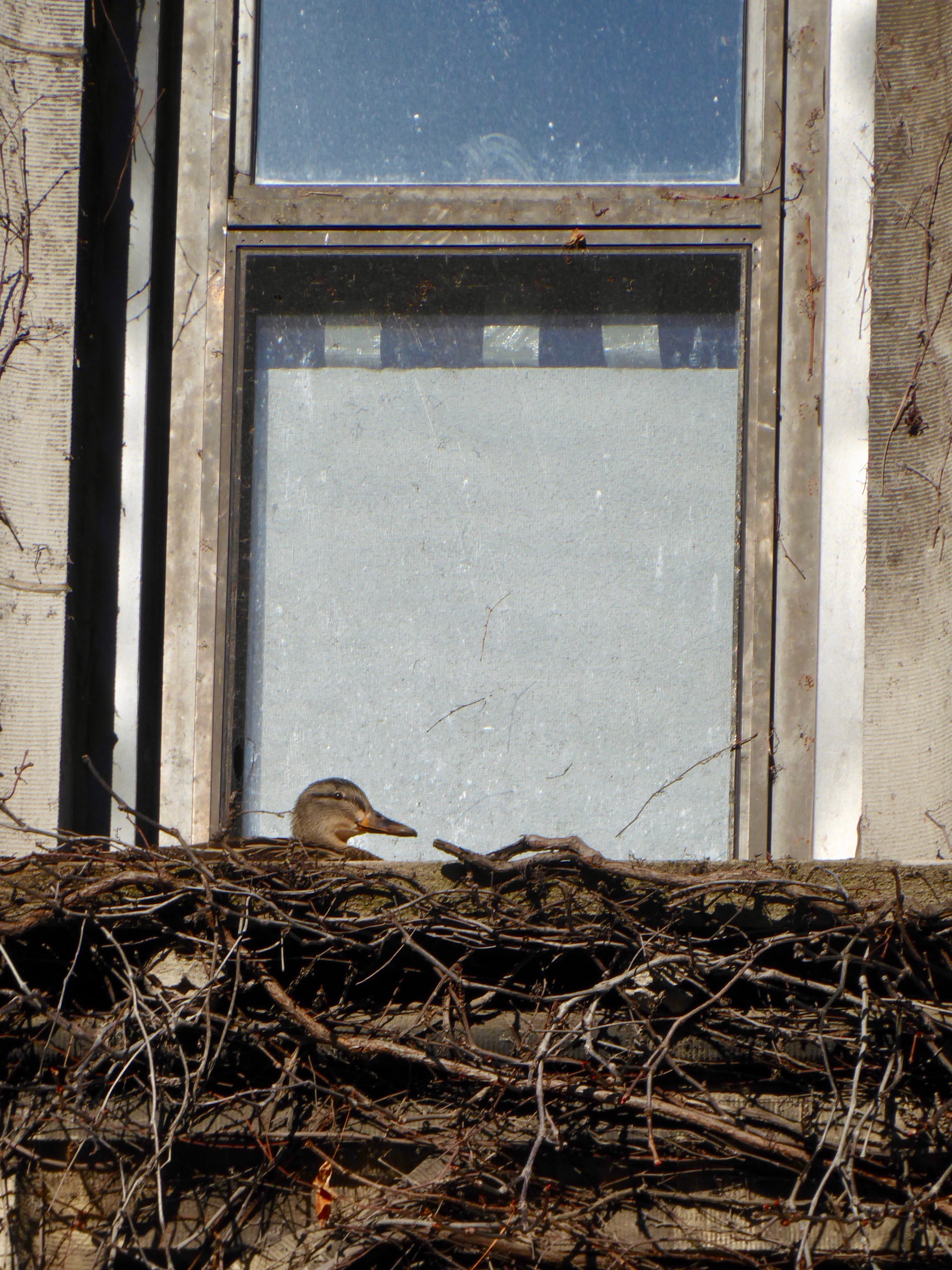 The Queen, Chicago’s most famous mallard: 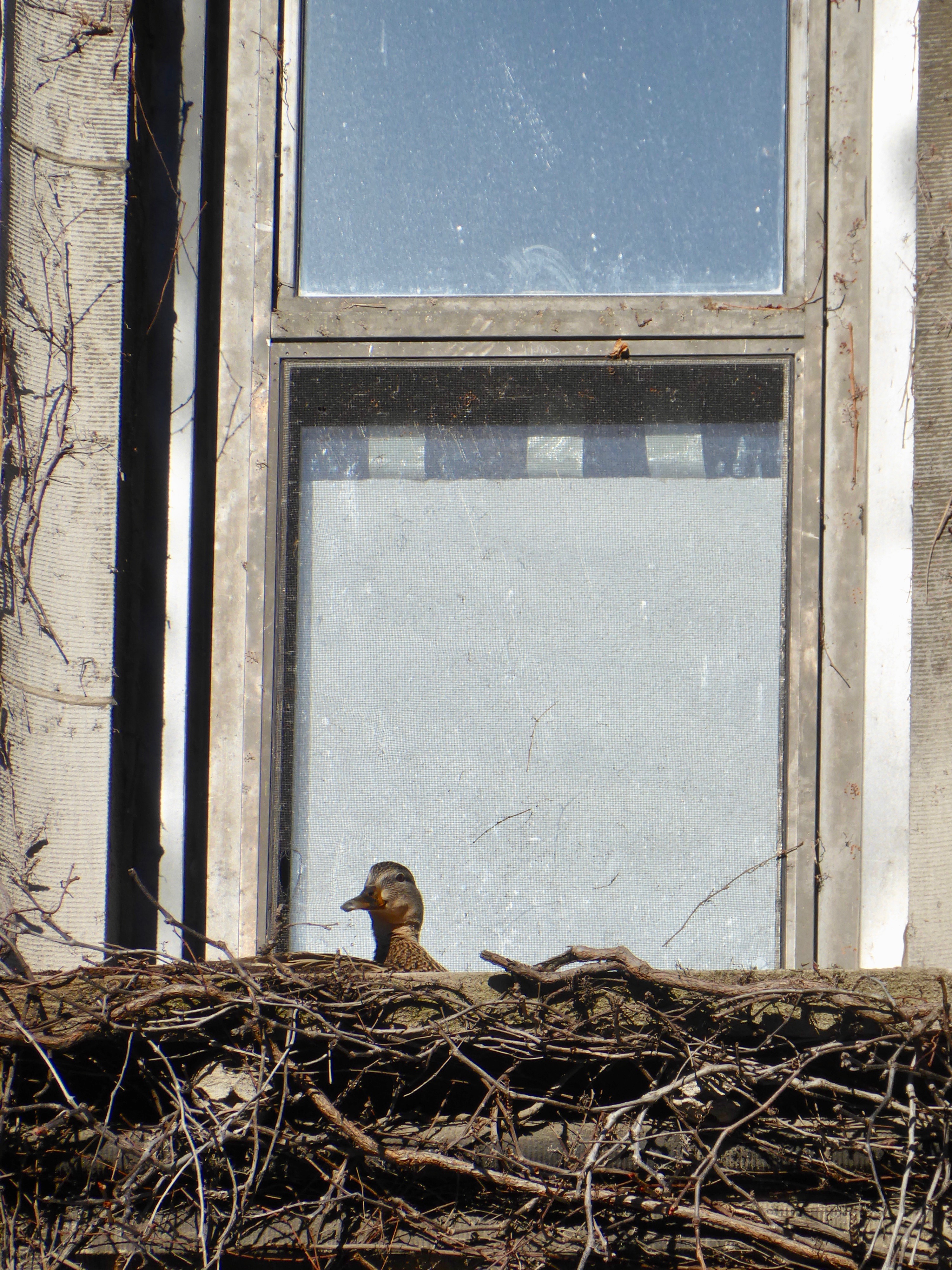 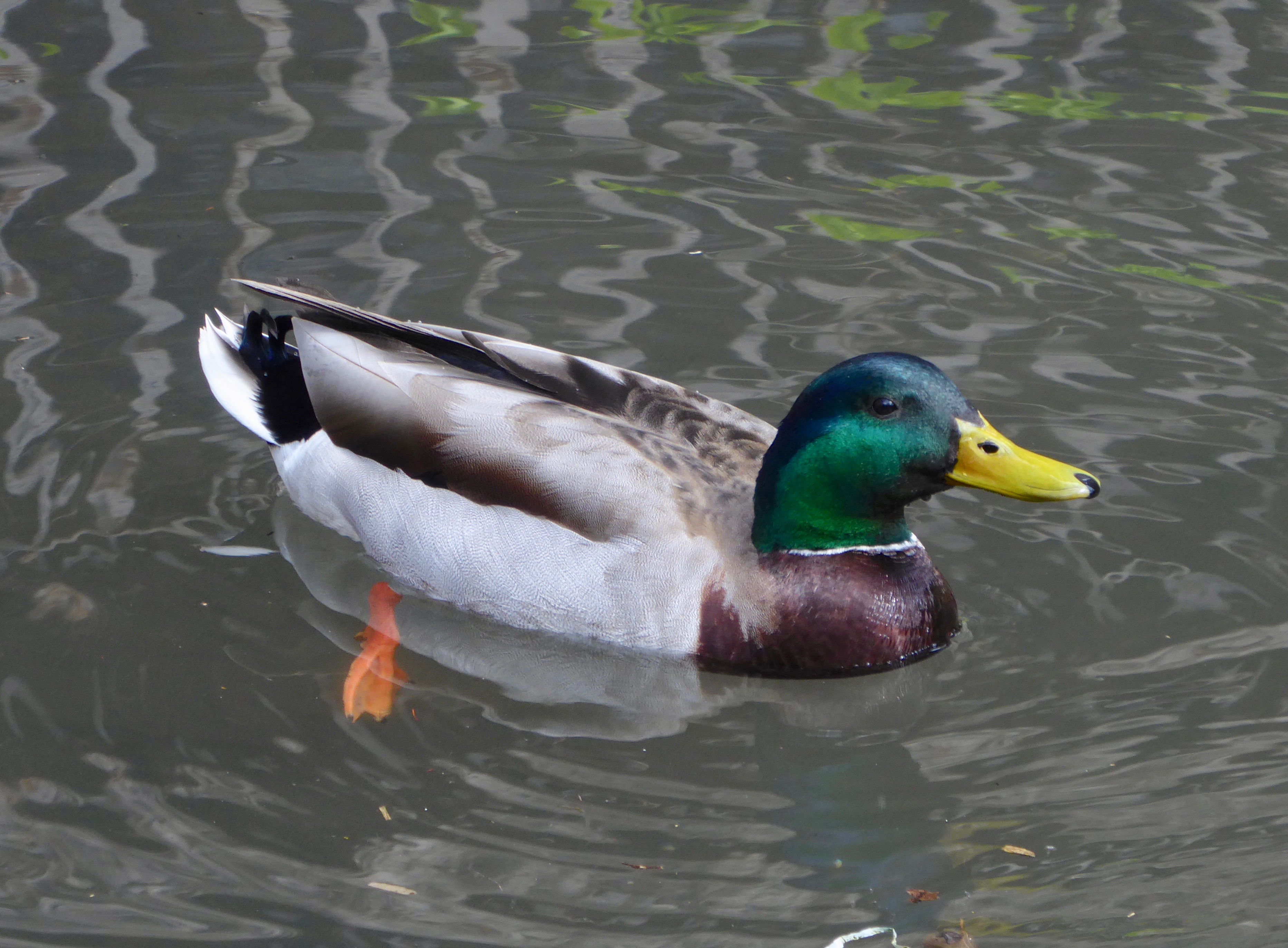 Nor should we forget the many turtles, who have been coming out on sunny days to get their body temperature raised (since they’re cold-blooded, they can’t internally regulate their temperature). Notice how they stick out their limbs and necks to maximize the surface of the body that can be warmed. 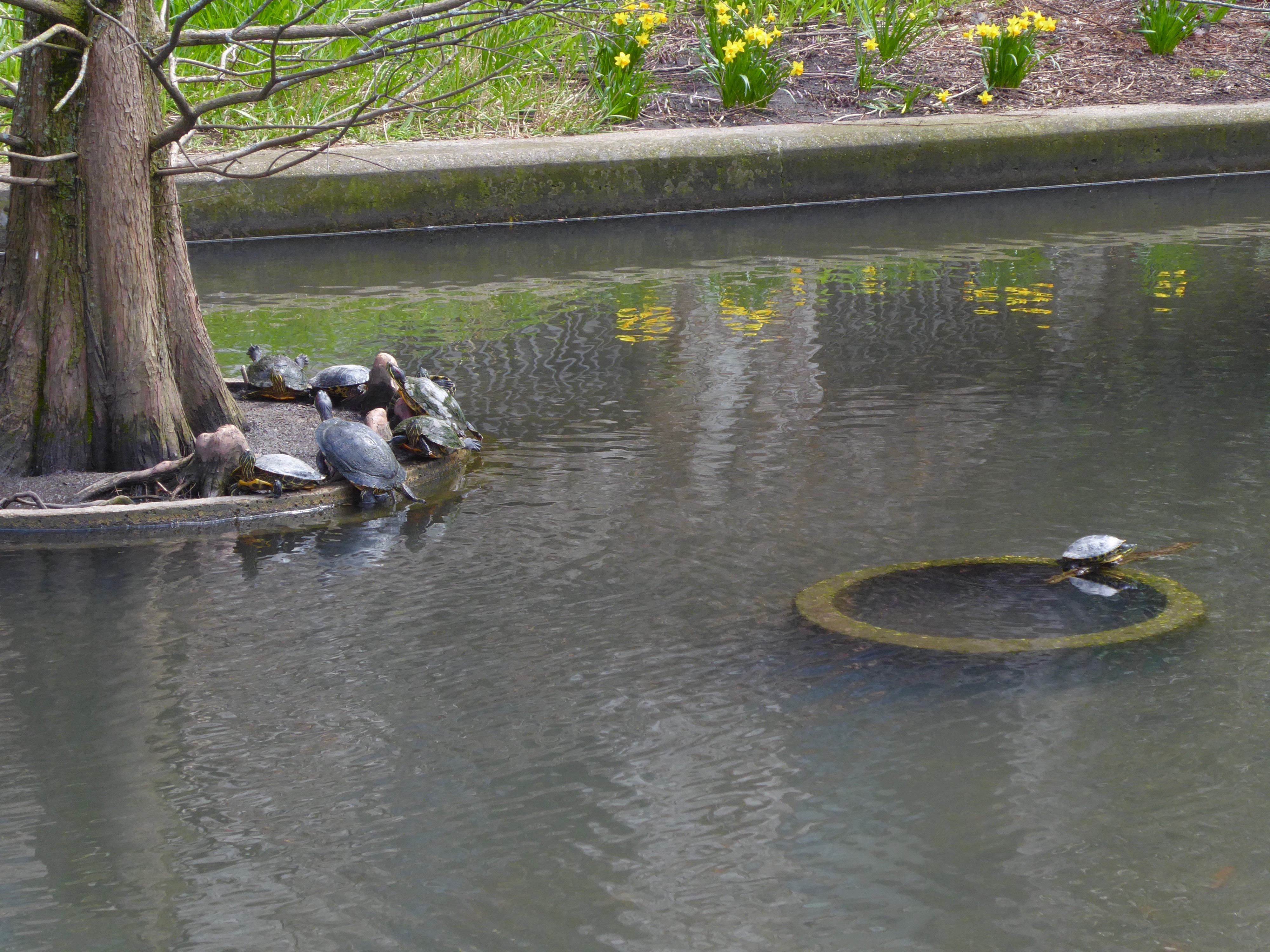 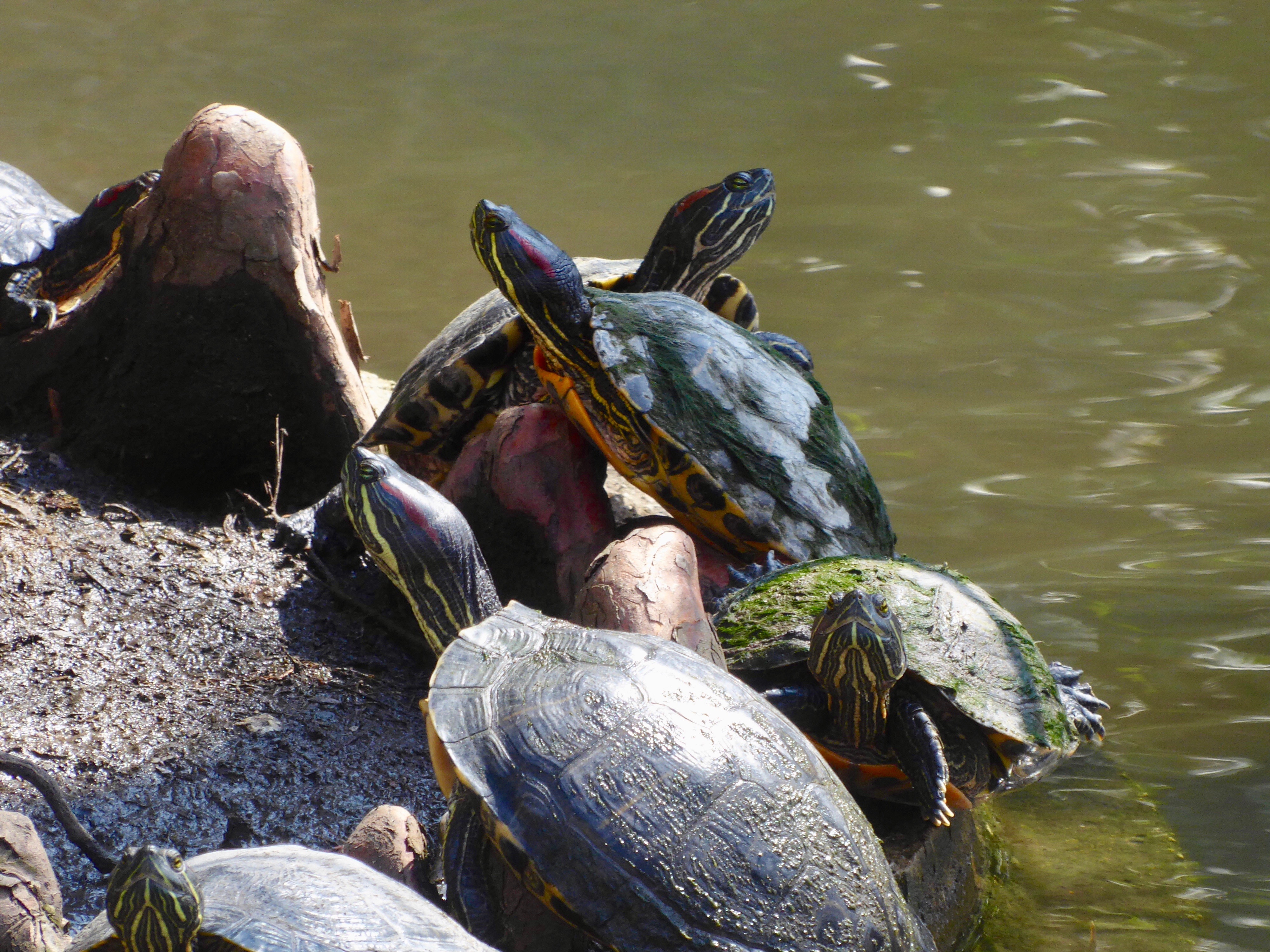 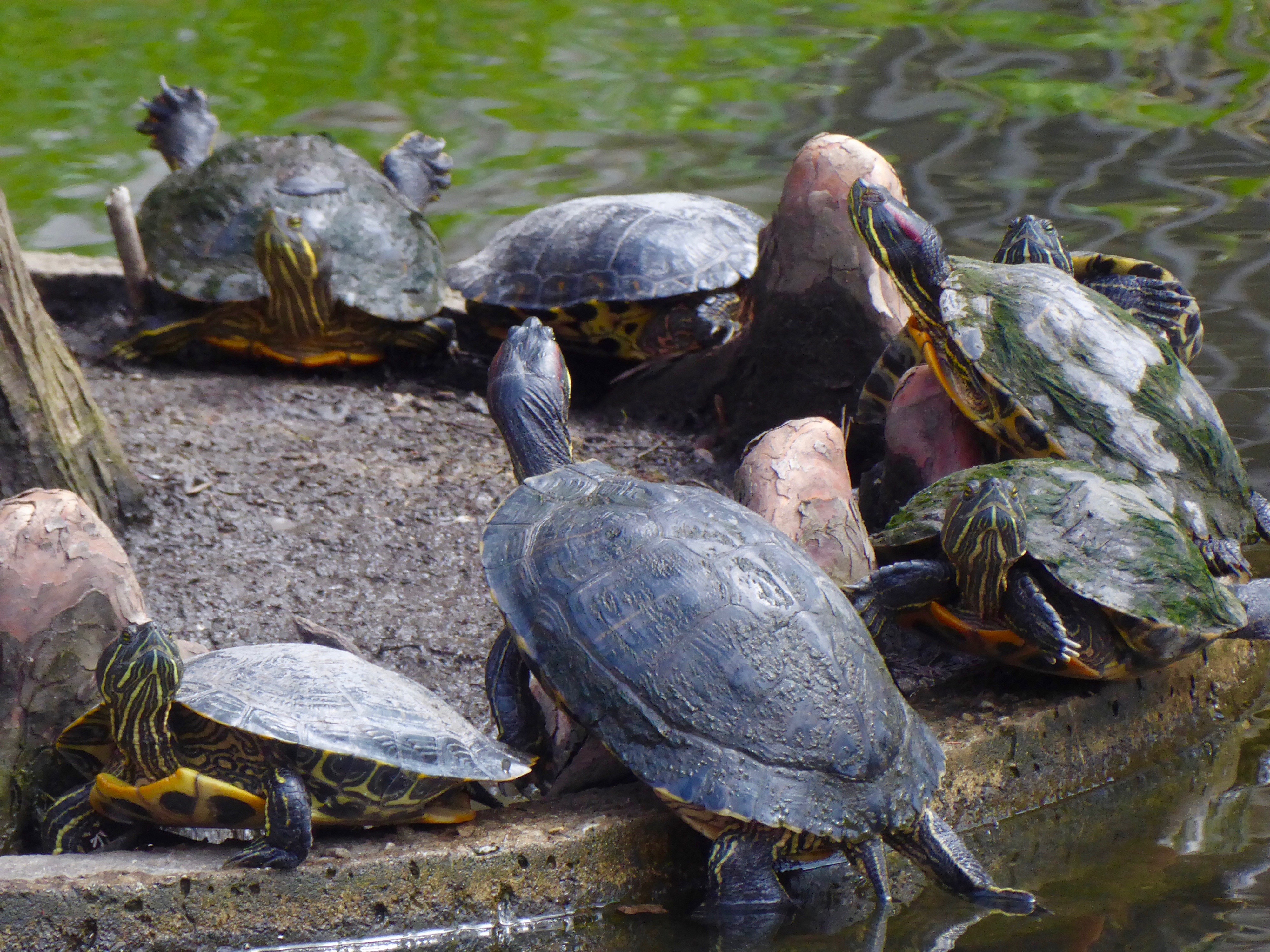 Although the water lilies haven’t started growing in Botany Pond, the trees have yet to leaf out, and the vegetation around the pond hasn’t begun forming its duck-hiding barrier, the pond is still glorious with Spring flowers: 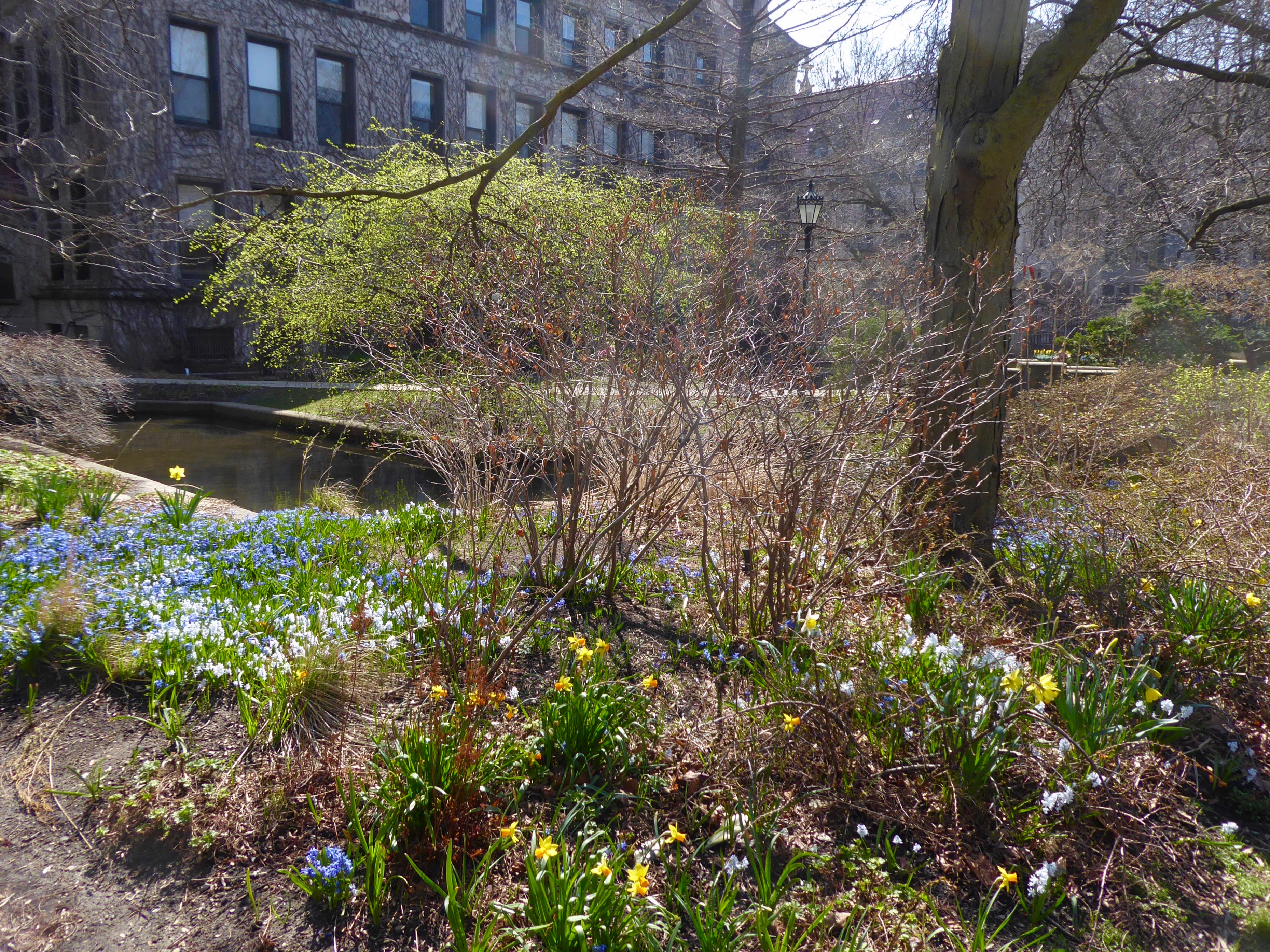 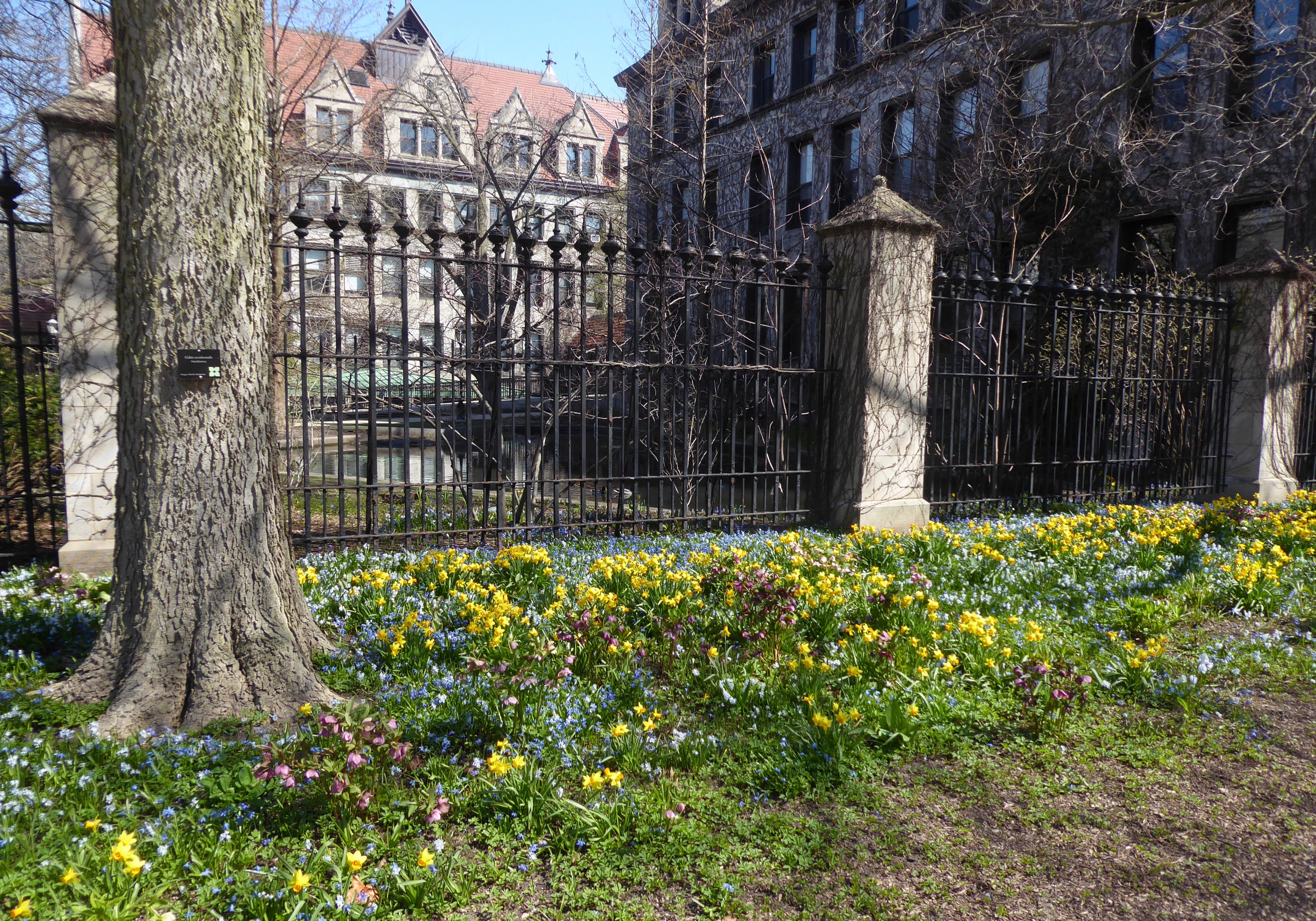