I’m informed by reader Barry that, as a coronavirus special, Bart Ehrman is offering free two-month subscriptions to his “Membership Blog”. As you probably know, Ehrman, the James A. Gray Distinguished Professor of Religious Studies at the University of North Carolina at Chapel Hill, is a prolific scholar and writer about early Christianity, with thirty books under his belt, including six New York Times “bestsellers.” His work has been controversial, especially to Christians, because he’s argued that Jesus wasn’t divine (though he existed as a person), that most of the stories about him in the New Testament were confected, and that there are numerous errors in Scripture as well as contradictions between the Gospels, and other stuff not exactly comforting to hardcore Christians (see here, for example).

Ehrman was brought up as a fundamentalist Christian but (as happens to many textual scholars of the Bible) lost his faith and became an “agnostic atheist”, whatever that is. Curiously, Ehrman lost his faith over the problem of suffering and evil, which I’ve always said is the Achilles heel of Abrahamic religion.

At any rate, I’ve read a few of his books and like them, though I disagree with his very strong claim that the Biblical Jesus is based on a real person—an apocalyptic Jewish preacher. I don’t think there’s any extra-Biblical evidence for that.

But never mind. I’ve subscribed to his website (subtitled “The History & Literature of Early Christianity“) for the two-month trial period, and after that you can join for a year for $25, with every penny going to charities helping the hungry and homeless. (Now there’s an atheist acting like Christians are supposed to!)

To try it out, click on the screenshot below and register for free. 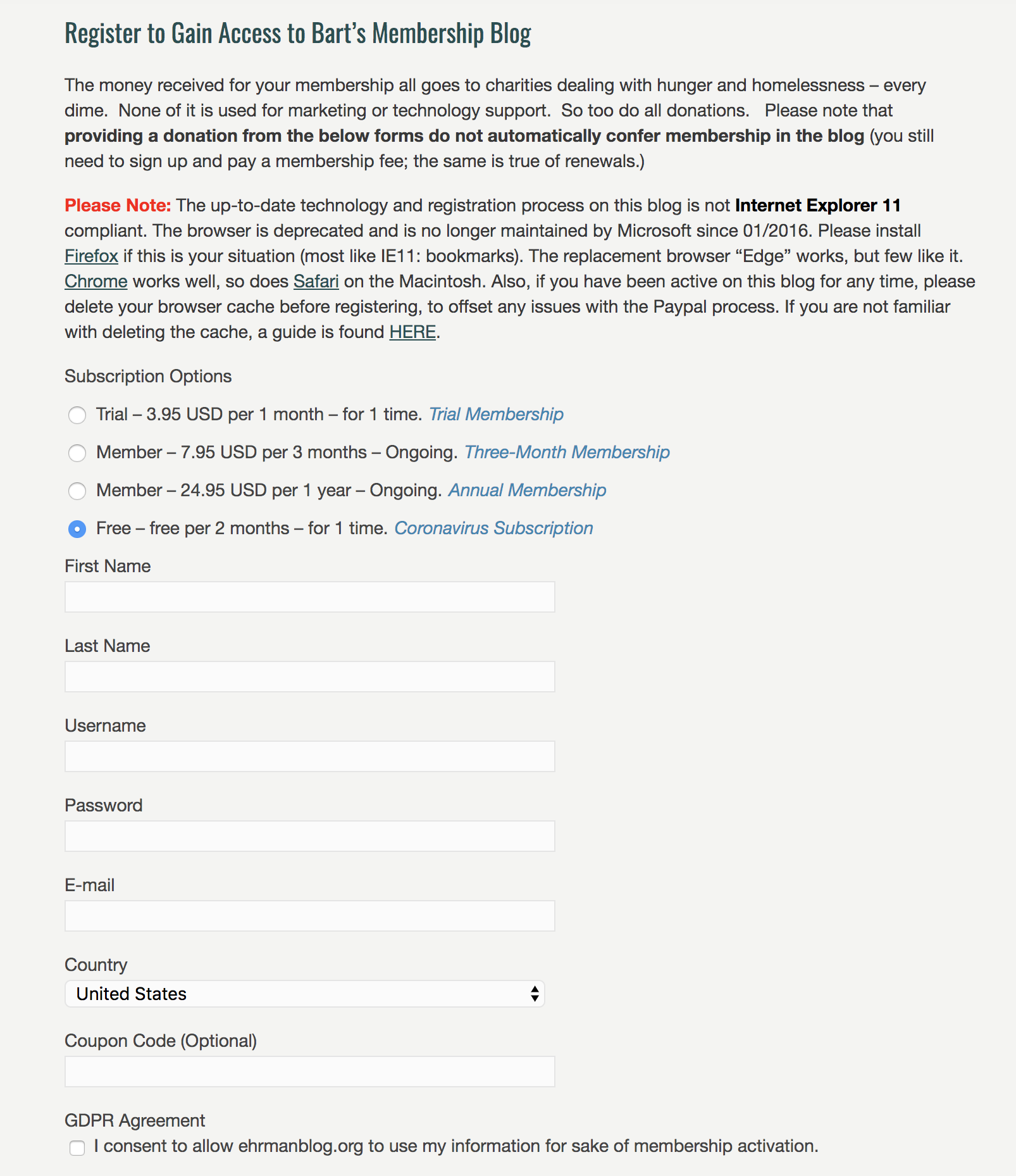 After that, you can access topics like the ones below. I haven’t yet perused his site, but now that I’m a temporary member, I’ll see what it’s about.