In honor of the international nature of poetry, I’ll proffer a link to a great poem by Ezra Pound; his rendition in English of a verse written by the eighth-century Chinese poet Li Po, also known as Li Bai: “The River-Merchant’s Wife: a Letter.” I don’t think Pound could read Chinese, so his “translations” are probably poetic renditions of other people’s translations.

News of the Day: The lockdowns of American cities growing, and now include Chicago as of 5 p.m. today.  Fortunately, thanks to our President and Provost, I’ll still be able to take walks and feed the ducks. Also, country singer Kenny Rogers died yesterday at 81.

Stuff that happened on March 21 includes:

Here’s one of a gazillion pieces of the True Cross; photo from Wikipedia labeled “Treasure Room, Church of the Holy Sepulchre, Jerusalem. In center: the True Cross. Near the walls: holy relics.” 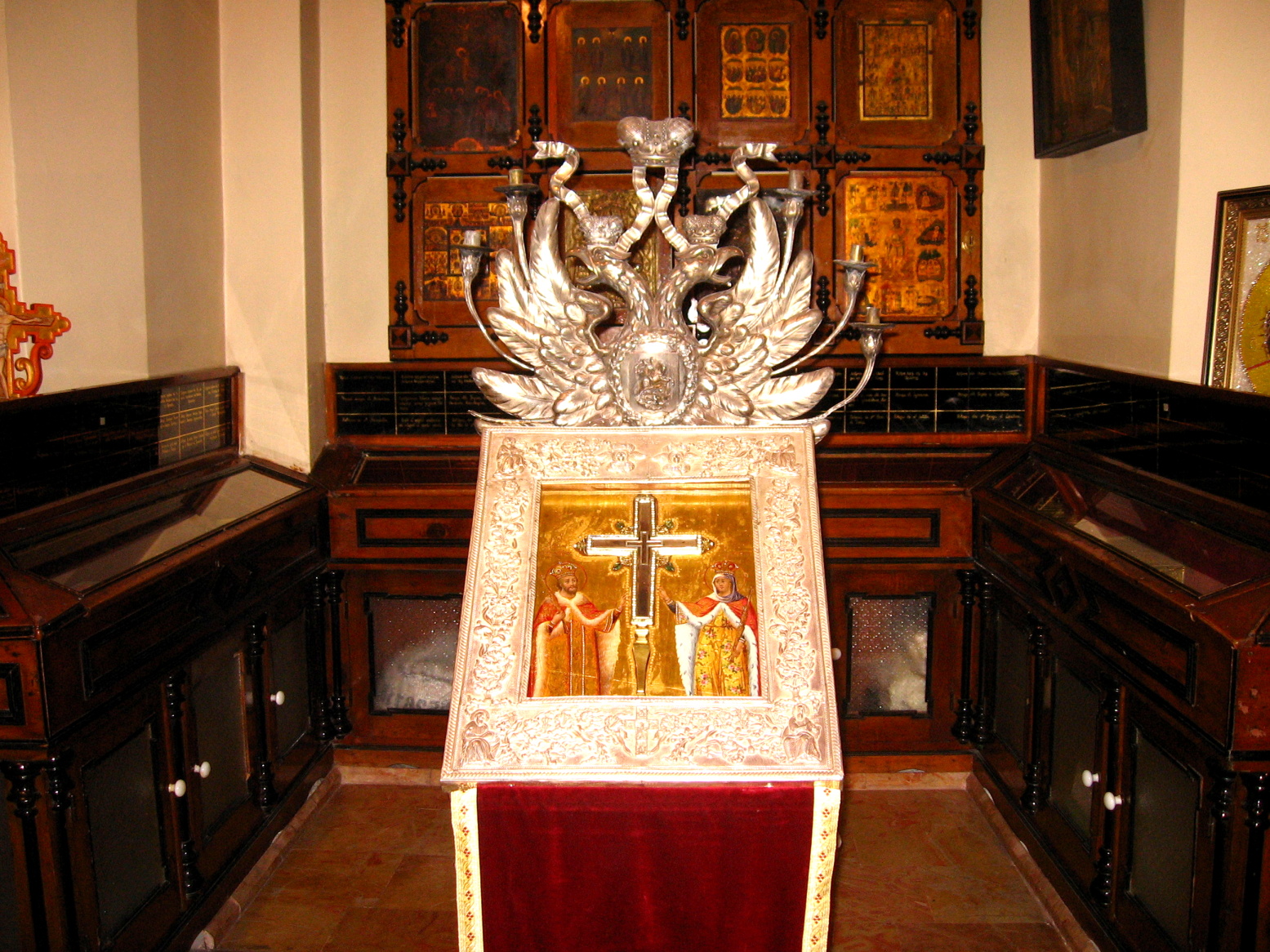 And a painting depicting the finding of the True Cross, supposedly discovered around 300 AD along with two other False Crosses. The painting was by the Florentine Agnolo Gaddi, and was made about 1380. What a cross! It’s remarkably well preserved after being buried for 300 years, no? 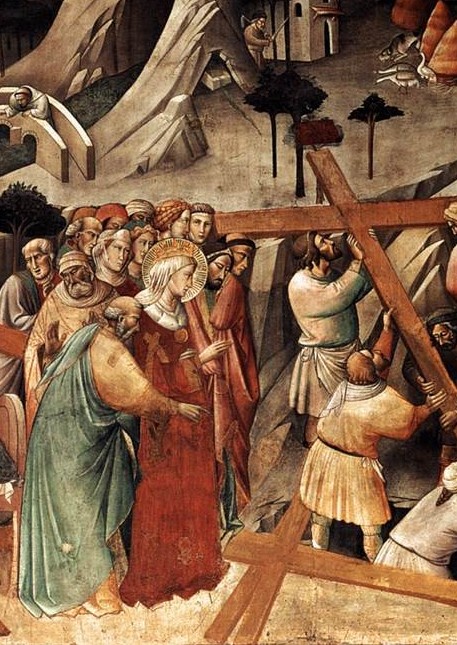 Livingston was found on November 10; and here’s the meeting. The famous words, “Dr. Livingtsone, I presume?” are apocryphal, 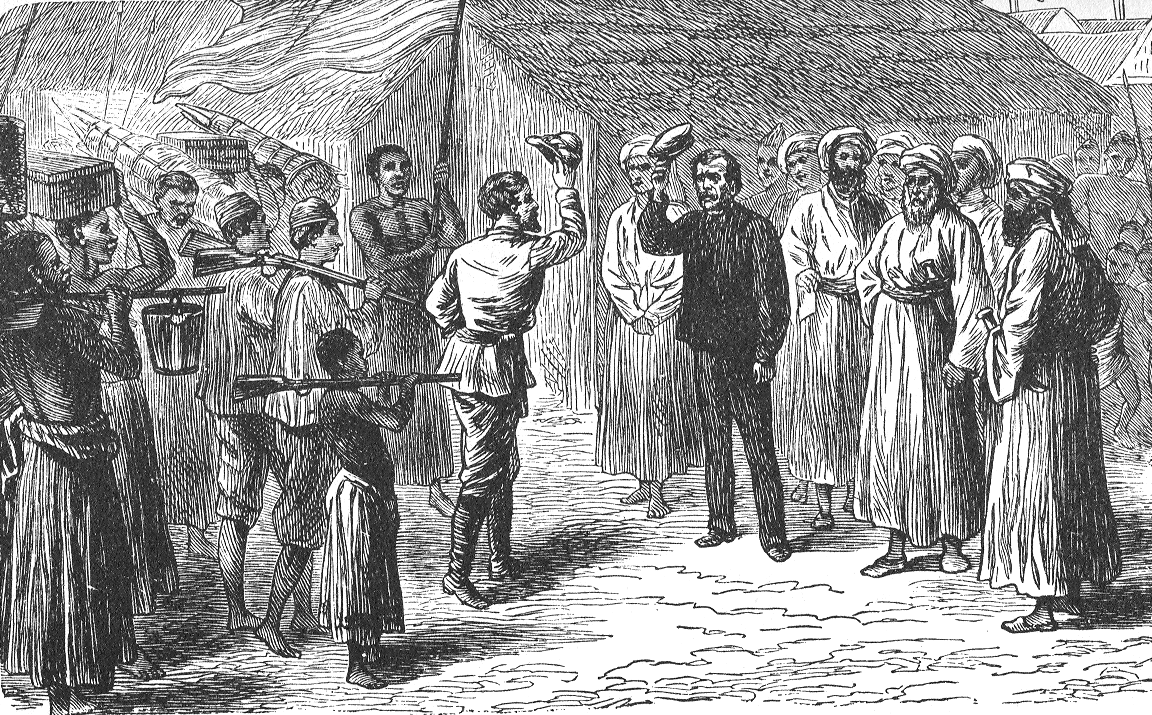 This was of course the act that John Scopes was convicted of violating in the famous Monkey Trial. Note that the statute did not prohibit the teaching of evolution—something that many people get wrong, but the teaching of human evolution. Had Scopes simply taught evolution without mentioning humans, it’s doubtful that the trial would have taken place (Scopes volunteered himself as a test case).

Wally Gilbert ‘n’ me in Chicago discussing photography on May 30, 2013 (photo by Manyuan Long). After Wally retired, he took up artistic photography full time, but since I know a bit about it, we had some stuff to talk about. One of his photos is on the computer screen behind us. 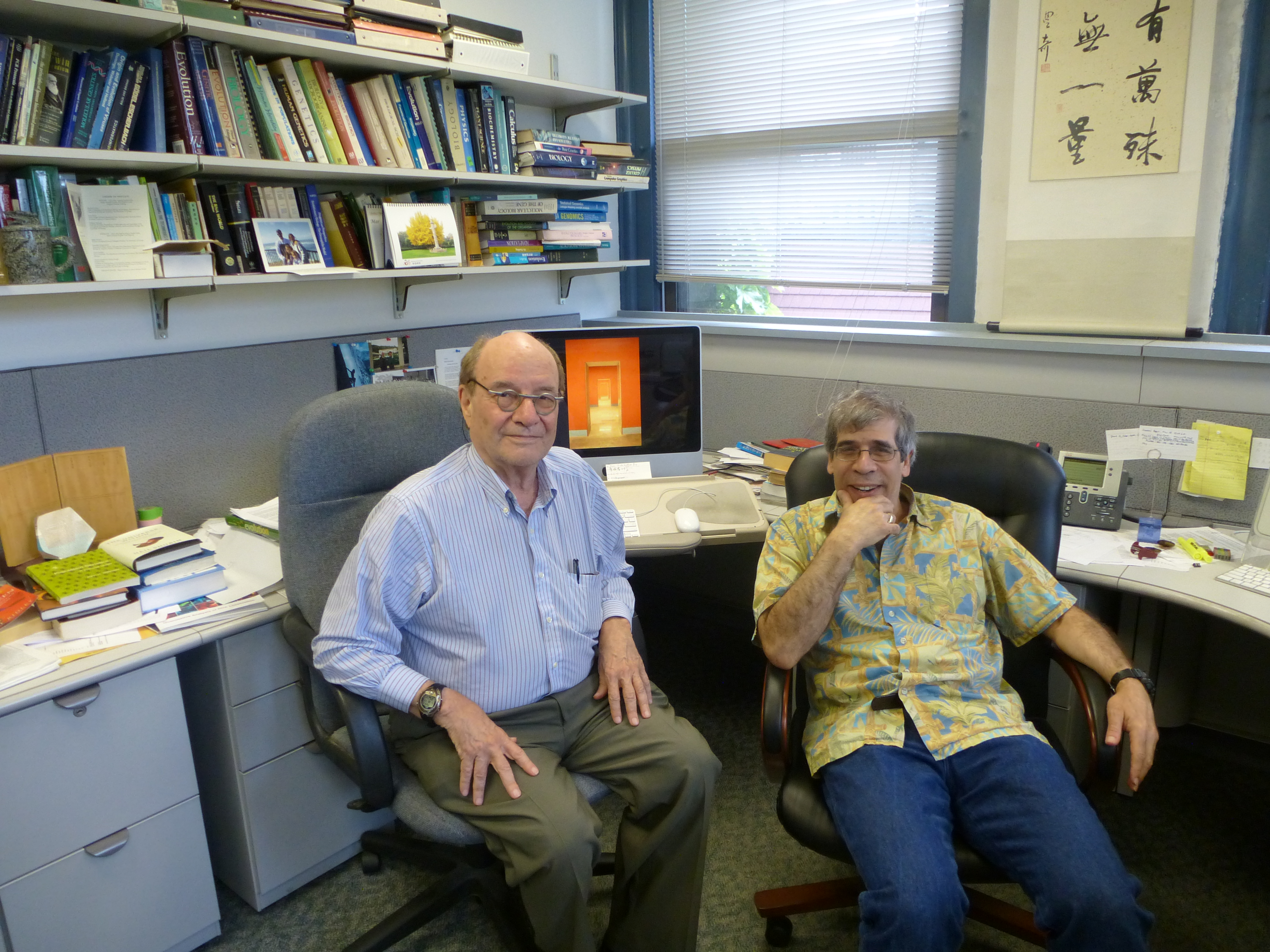 Ronaldinho, now retired, was one of the greats of soccer, and a terrific ball handler. (Curiously, he’s now imprisoned for six months in Paraguay for entering the country using a false passport.) Here he demonstrates his pedal dexterity.

Those who “passed” on March 21 include:

Meanwhile in Dobrzyn: Szaron appears in his first Hili dialogue. Hili is not letting him onto the veranda (but they still have peaceful relations). 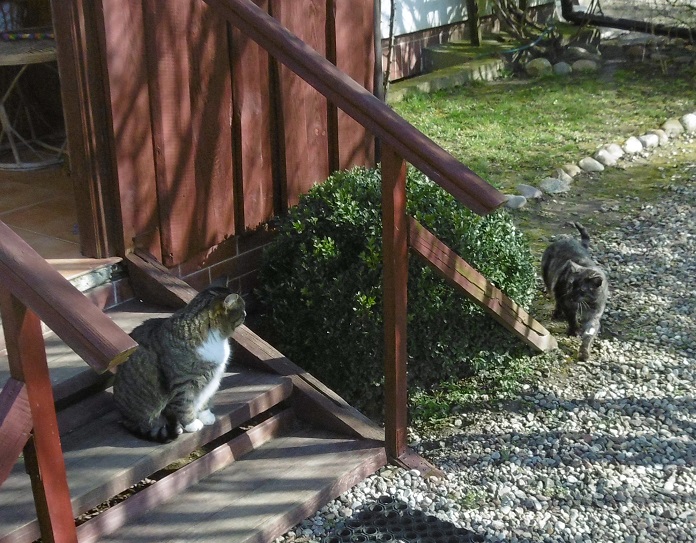 Szaron is developing quite the personality, which right now seems to be skeptical:

In nearby Wloclawek, Leon and Mietek have been silent for a while, as Elzbieta’s camera broke. Fortunately, here’s one recent photo of Leon and his staff on Elbieta’s FB page, though there’s no caption: 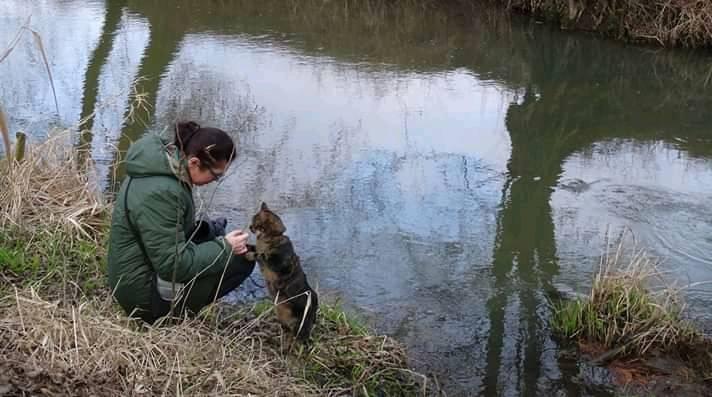 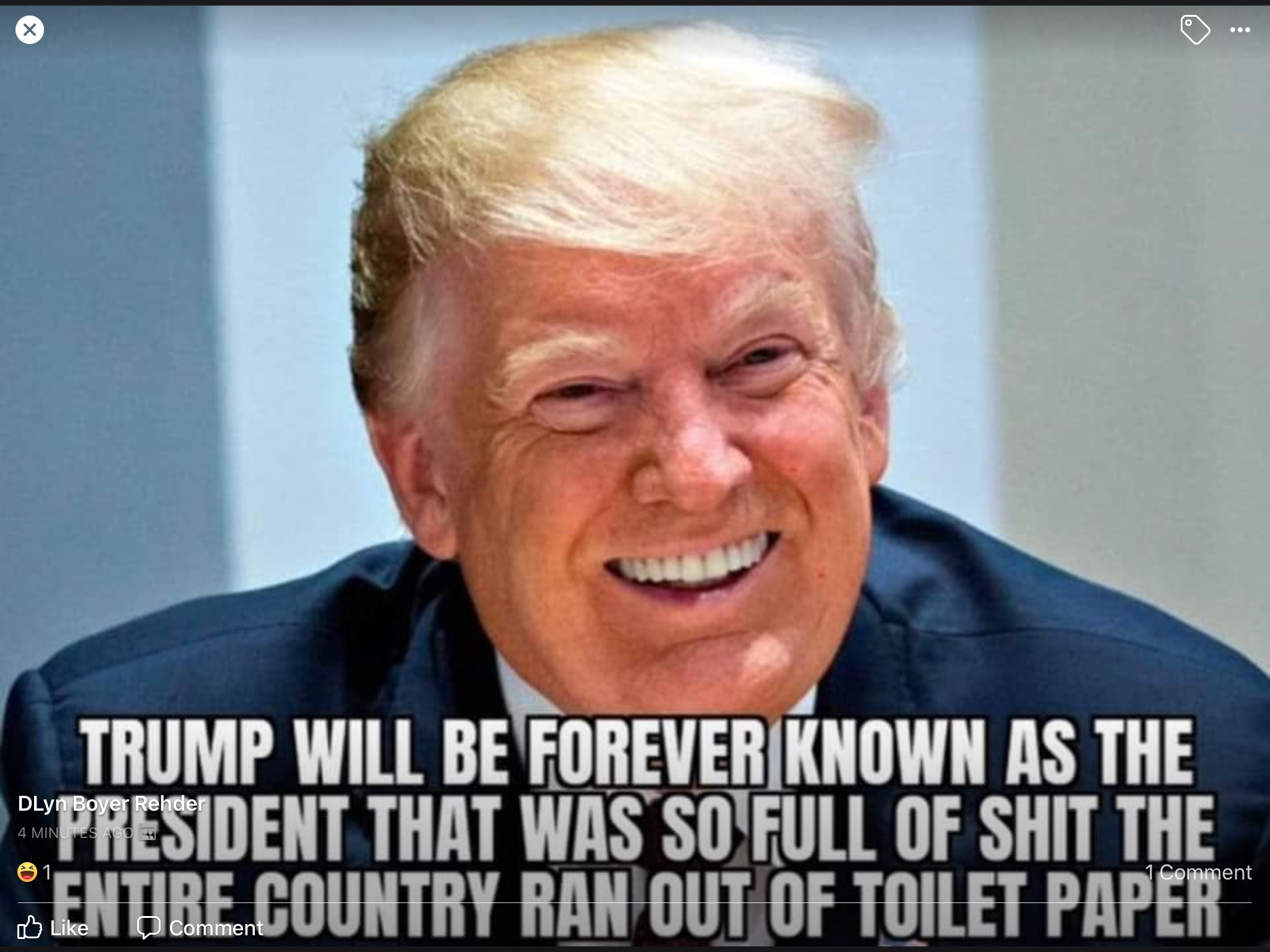 A gif from Nicole: 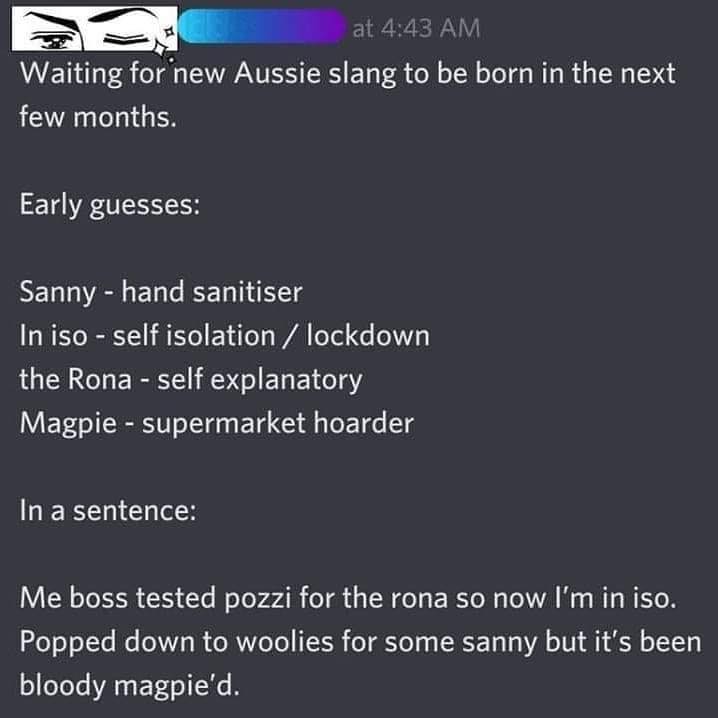 From Pliny the In Between’s Far Corner Cafe (click to read text): 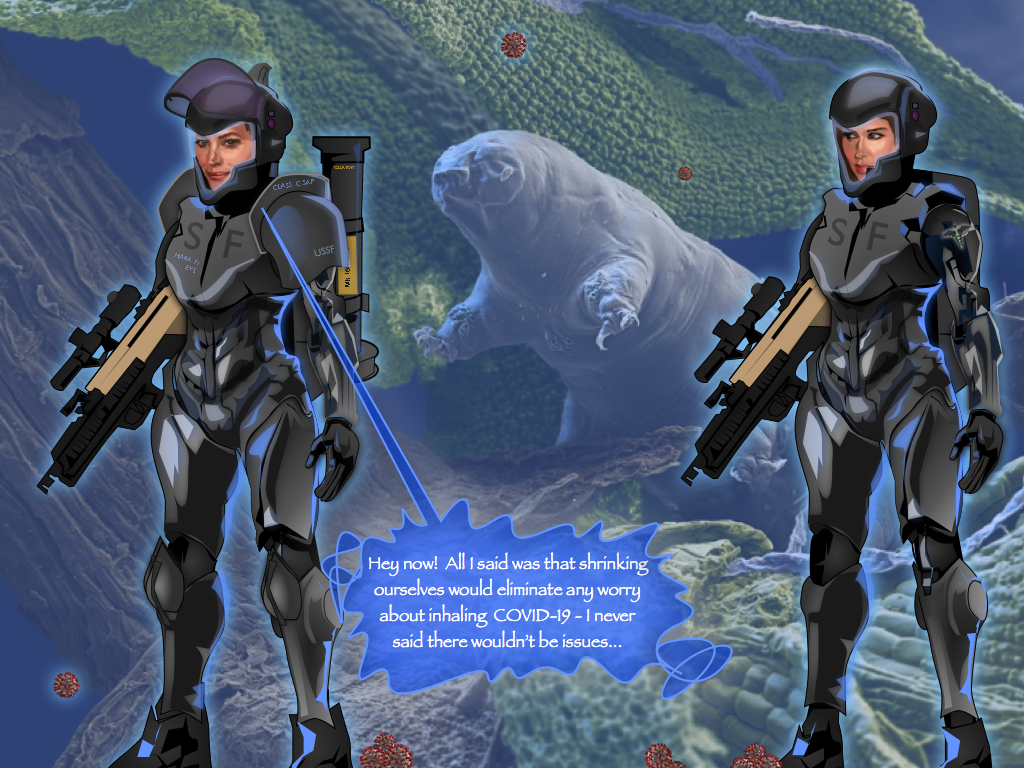 The Queen calls out Ilhan Omar:

Denying the coronavirus its right to a national identity post-migration is racist.

Disappointed in you, Ilhan. 😥 https://t.co/4LoMv8qRen

I retweeted this, but the original whistling-walrus tweet came from Matthew. Listen to it go!

This fact should make you a hit at the next cocktail party, if there were any cocktail parties happening now. https://t.co/4tgO4yyUiL

An excellent tweet from Simon, showing the necessity of science, and the futility of faith, during this pandemic:

Two tweets from Heather Hastie. This first one breaks my heart:

And a surprising hoarder:

Tweets from Matthew. First, the director of the National Institutes of Health reacts to another Trumpism:

A black panther, which in this case is simply a leopard with a mutation giving it a dark coat. (In the New World, “black panthers” are jaguars that carry a similar mutation.)

Watch this BBC segment and tell me if you don’t think the Brits produce the world’s best eccentrics. One of my favorite books when I was younger was Dame Edith Sitwell’s The English Eccentrics.

Have a lovely slice of silliness on us. Here's a Nationwide report from 1971 when they visited 88-year-old Alfred Tabb who kept "fit as a fiddle" on an impossibly small bicycle. pic.twitter.com/Nn6Gg3M3Uu