Today we have photos (and one video) of wildlife in captivity: a baby tiger and baby lion. These come from Michael Glenister, whose captions are indented (he also gave me permission to post the video on YouTube).

Sorry to do this to you, but I thought you would like to see the photos, even though I’m sure they will make you envious. [JAC: Indeed!]
My daughter, Amelie, recently got back from a trip to Cancun, Mexico with her mum.  While they were there, they happened upon the opportunity to feed and interact with a baby lion and baby tiger, as well as feed a young jaguar.  Apparently this was just a temporary set-up to get the cats used to interacting with humans, so they just happened to be in the right place at the right time.  While she agreed with me that a baby lion’s fur is like a coarse sweater, apparently a baby tiger’s fur is just like a house cat. 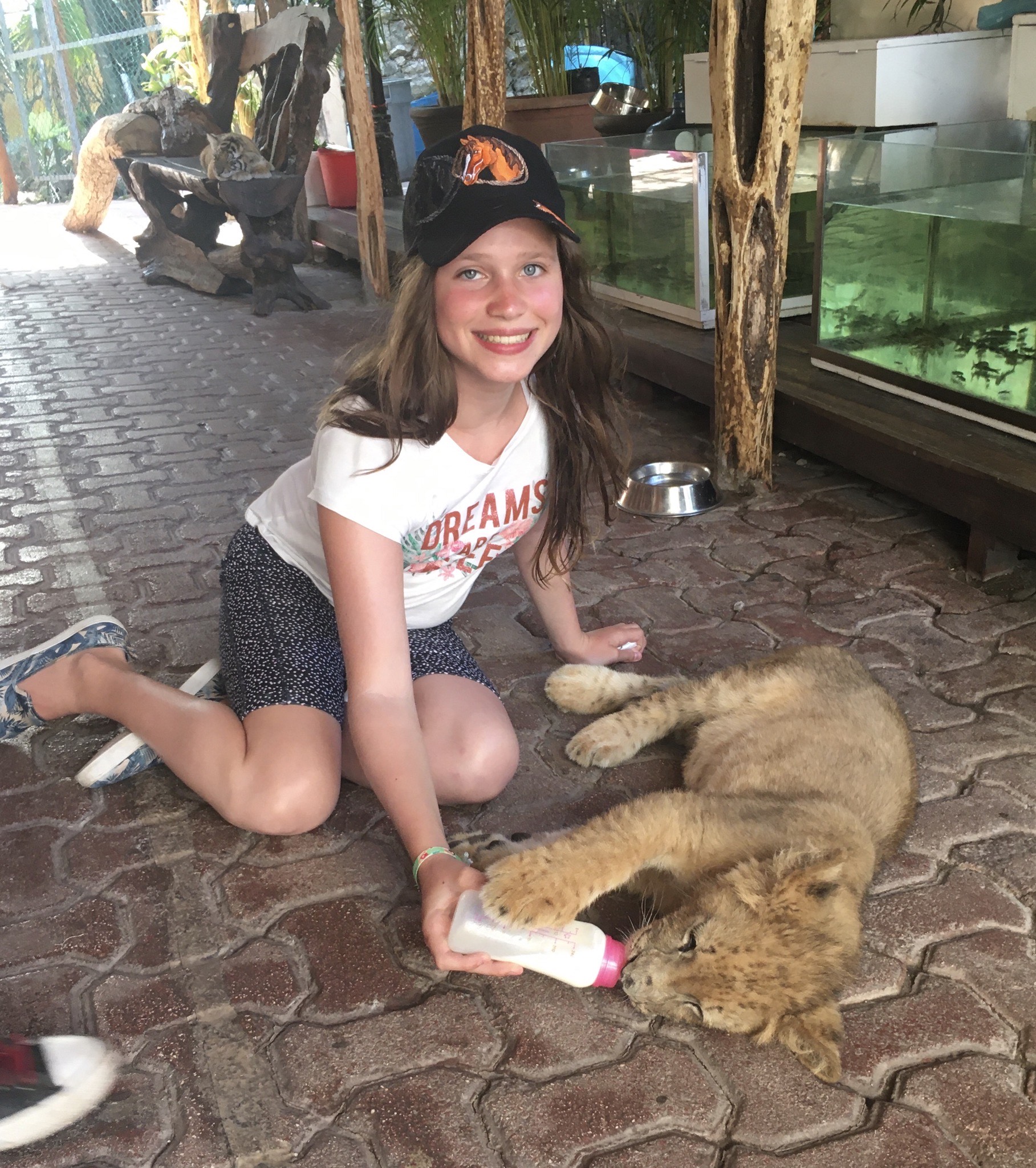 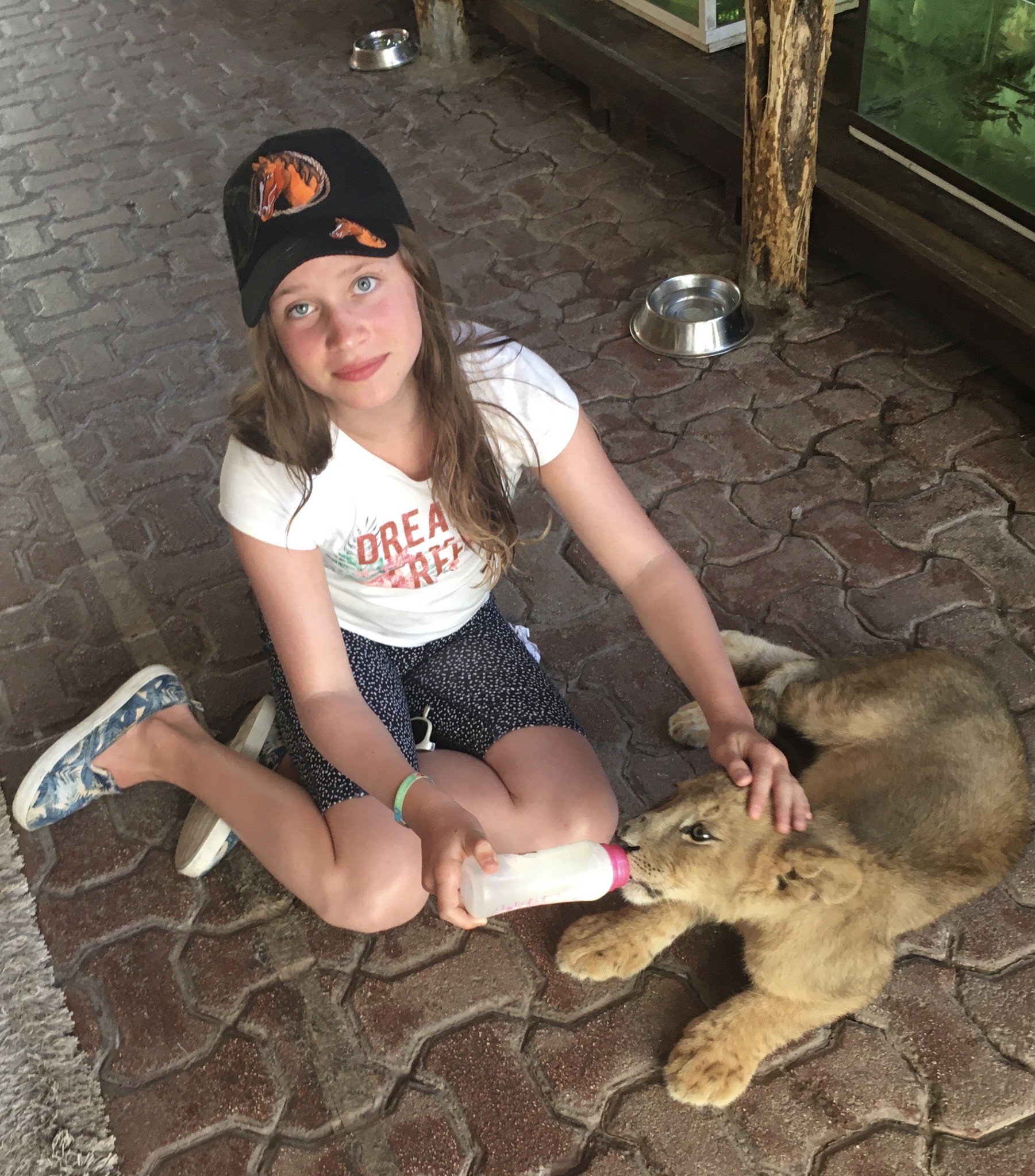 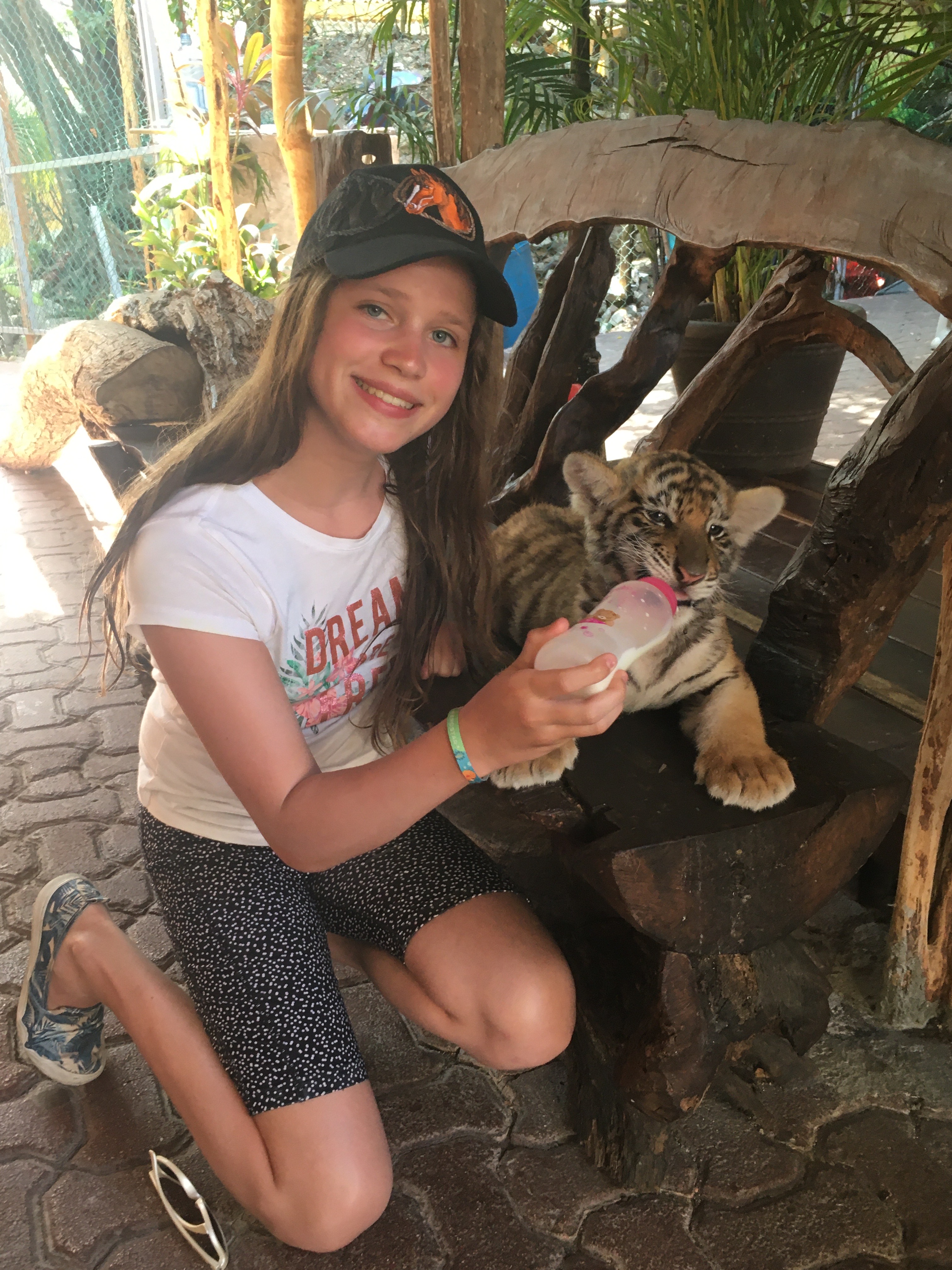 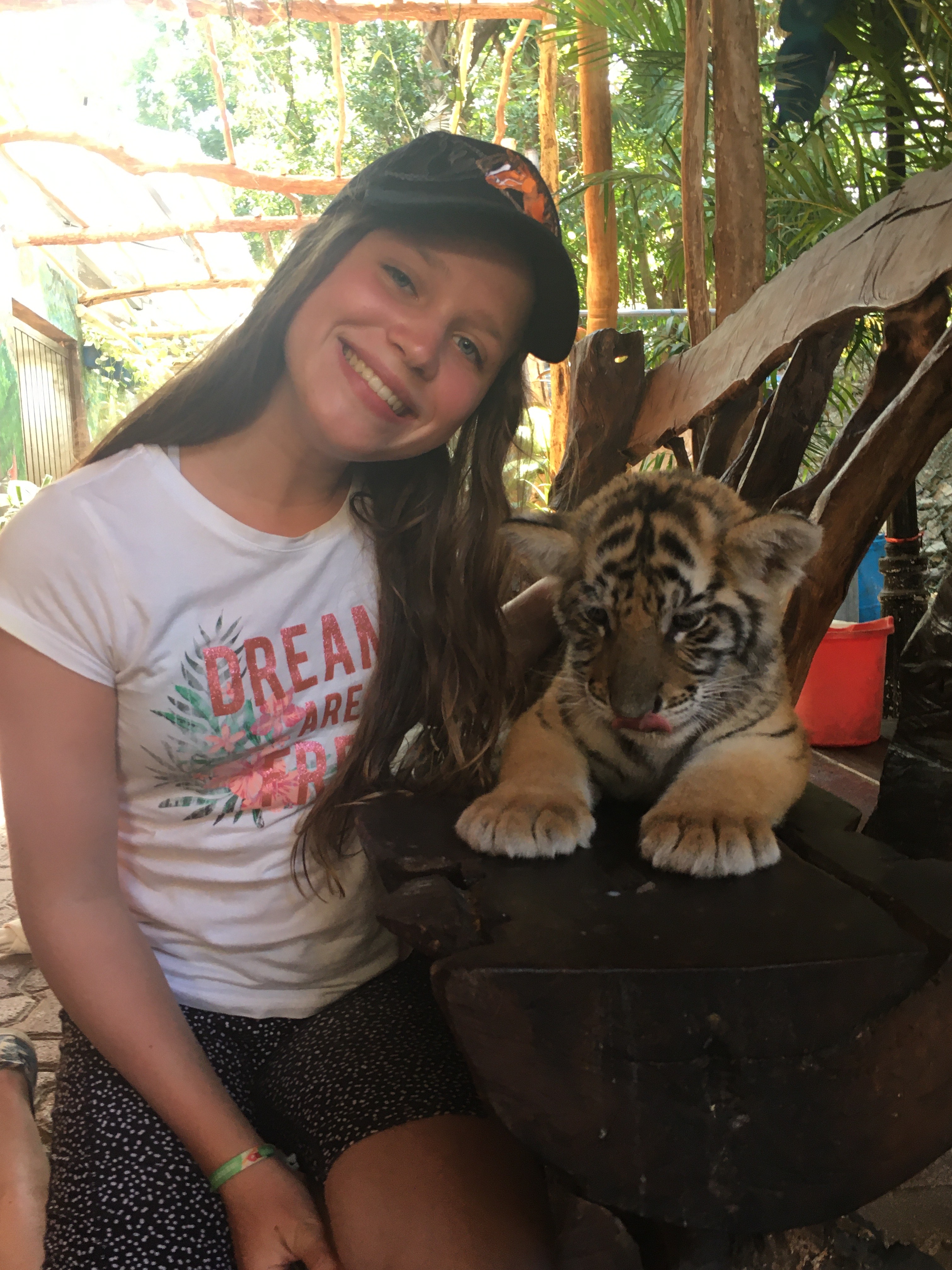 I’m afraid I can’t give you more details than that, as the two of them are self-isolating, so I’ve just chatted with her on the phone a couple of times, and asked her to send me these photos.
P.S. 13 years ago, an animal trainer friend bought a baby lion to a New Years party I attended, which is how I know what its fur is like.

Of course I’m wildly jealous, and hope that that facility doesn’t exploit the animals for financial gain. Here’s a video of the two cubs playing, also sent by Michael: