It’s the end of a week even worse than the last one: it’s Friday, March 20, 2020, and another celebration of cultural appropriation: National Ravioli Day.

The most important holiday today is Atheist Pride Day, so let your godless flag fly! It’s also a United Nations Holiday: International Day of Happiness. (Remember that sporadically the UN surveys the countries of the world to calculate their “happiness index”. The happiness of the world’s nations is inversely proportion to their religiosity! ). It’s also National Bock Beer Day, French Language Day, “Won’t You Be My Neighbor” Day, celebrating the birthday of Fred Rogers in 1928, and Bibliomania Day, celebrated on this day because:

[It was on] March 20, 1990, Stephen Blumberg’s bibliomania caught up with him. He was arrested for stealing more than 23,600 books (weighing 19 tons) from 268 libraries, universities, and museums. It had taken him over 20 years to steal them, and he got them from 45 states, Washington D.C., and Canada. After originally being thought to be valued at around $20 million, the value of the books was estimated at $5.3 million. He is known as the number one book thief in American history and became known as the Book Bandit. The books he stole, which included a first edition of Uncle Tom’s Cabin among other rare books, became known as the “Blumberg Collection.”

An acquaintance of Blumberg, Kenneth J. Rhodes, turned him in for a $56,000 reward. During Blumberg’s trial, a psychiatric doctor let it be known that Blumberg had gone through psychiatric treatment as an adolescent. The defense claimed that Blumberg had stolen the books because of psychiatric issues beyond his control. According to the defense, Blumberg had thought he was saving the books from destruction by stealing them. He thought that the government was trying to keep them so that everyday people wouldn’t have them, and he thought he was acting as custodian of the books and doing something good. Because he was well-intentioned, he said he would have never sold any of the books for a profit, and hoped they would go to another person who would take good care of them after he was gone. Nonetheless, he was sentenced to 71 months in prison and given a $200,000 fine, and insanity or psychology wasn’t factored into the decision. He was released on December 29, 1995, and has since been arrested for burglary multiple times.

And it’s World Sparrow Day, designed to raise awareness of the lovely but overlooked house sparrow, Passer domesticus. Here’s a photo of a female feeding her offspring:

Today’s Google Doodle (click on screenshot) goes to a YouTube video in which Ignaz Semmelweiss (1818-1865), who saved multitudes of lives by introducing handwashing to medicine, presents the WHO guidelines for how to properly wash your hands. (Note his short life: read the link to see the ironic way he died.) 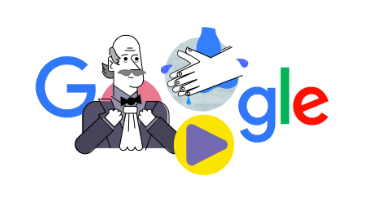 News of the Day: As usual these days, it’s pretty much bad. The governor of California has issued a “shelter in place” order for his 40 million residents, and the virus continues to spread worldwide, except in China. And Senator Richard Burr of North Carolina benefited from what might be conceived as “insider trading”: selling hundreds of thousands of dollars worth of stock after Trump declared that the pandemic was not as serious as people imagined, even though Burr believed otherwise. (h/t: cesar)

Matthew, who’s teaching remotely from home, is lounging in bed but working, and is wearing his famous dinosaur pyjamas (for Americans, pajamas). After I begged him sufficiently hard, he sent me a photo (oy! he’s wearing fuzzy slippers, too!): 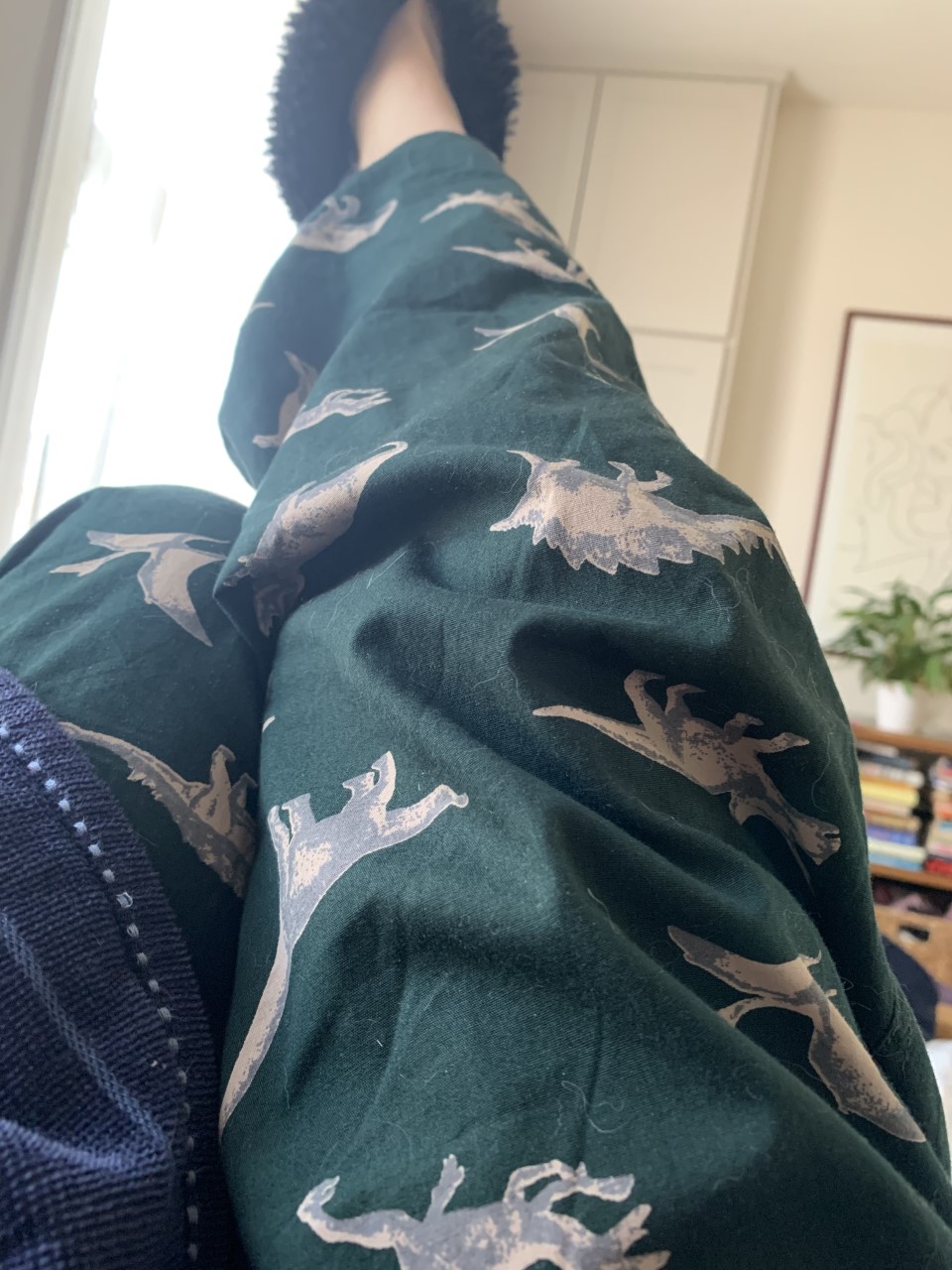 Stuff that happened on March 20 includes:

For the life of me, I can’t find an image of the paper with a March, 1915 date on it. Otherwise I would have posted it.

Riddles also loves cats and has two, Ester and Chilkat (a great name). Here she is with Ester: 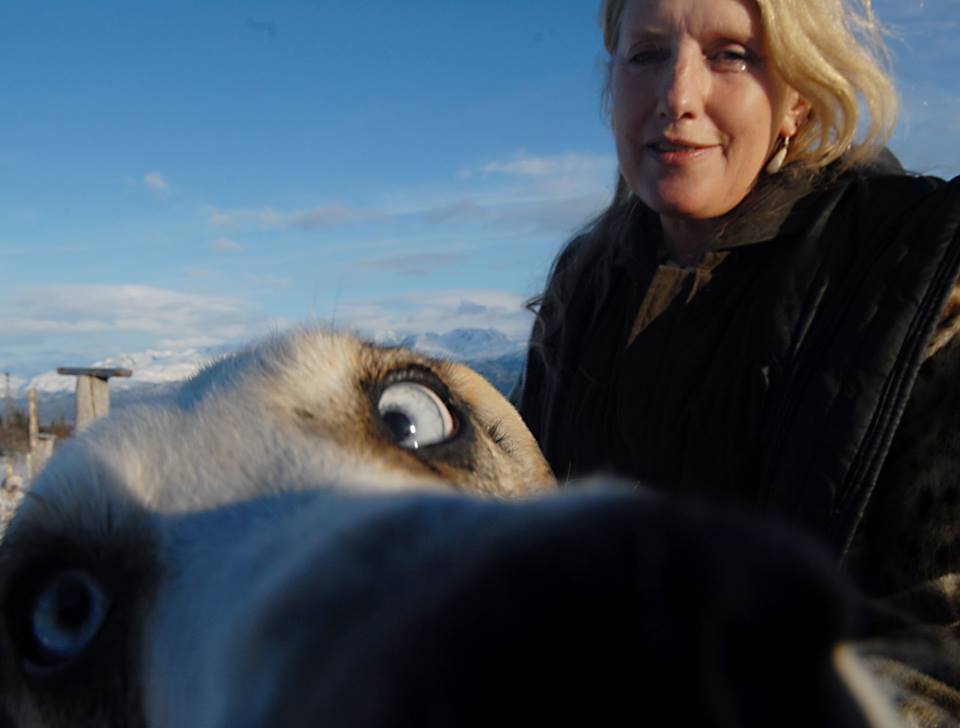 Fox traveled over 40,000 km on his circumnavigation, finishing with a roll across Canada. Here he is: 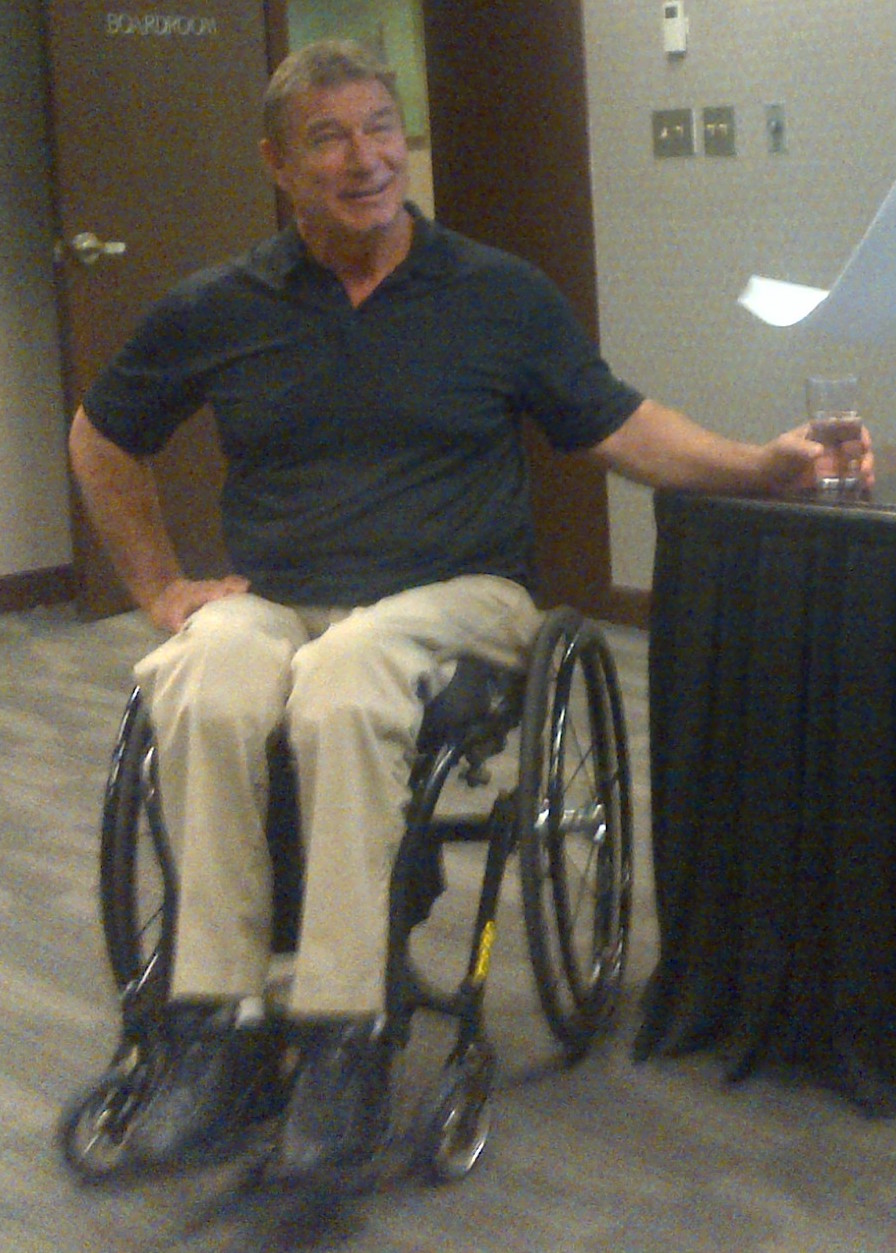 Al-Amin remains in prison, having been convicted of murder and sentenced to life without parole.

Here’s Bingham’s most famous painting, “Fur traders descending the Missouri” (1845). It’s at the Metropolitan Museum of Art in New York City. Now, is that a fox or a cat in the prow? Why is it there? 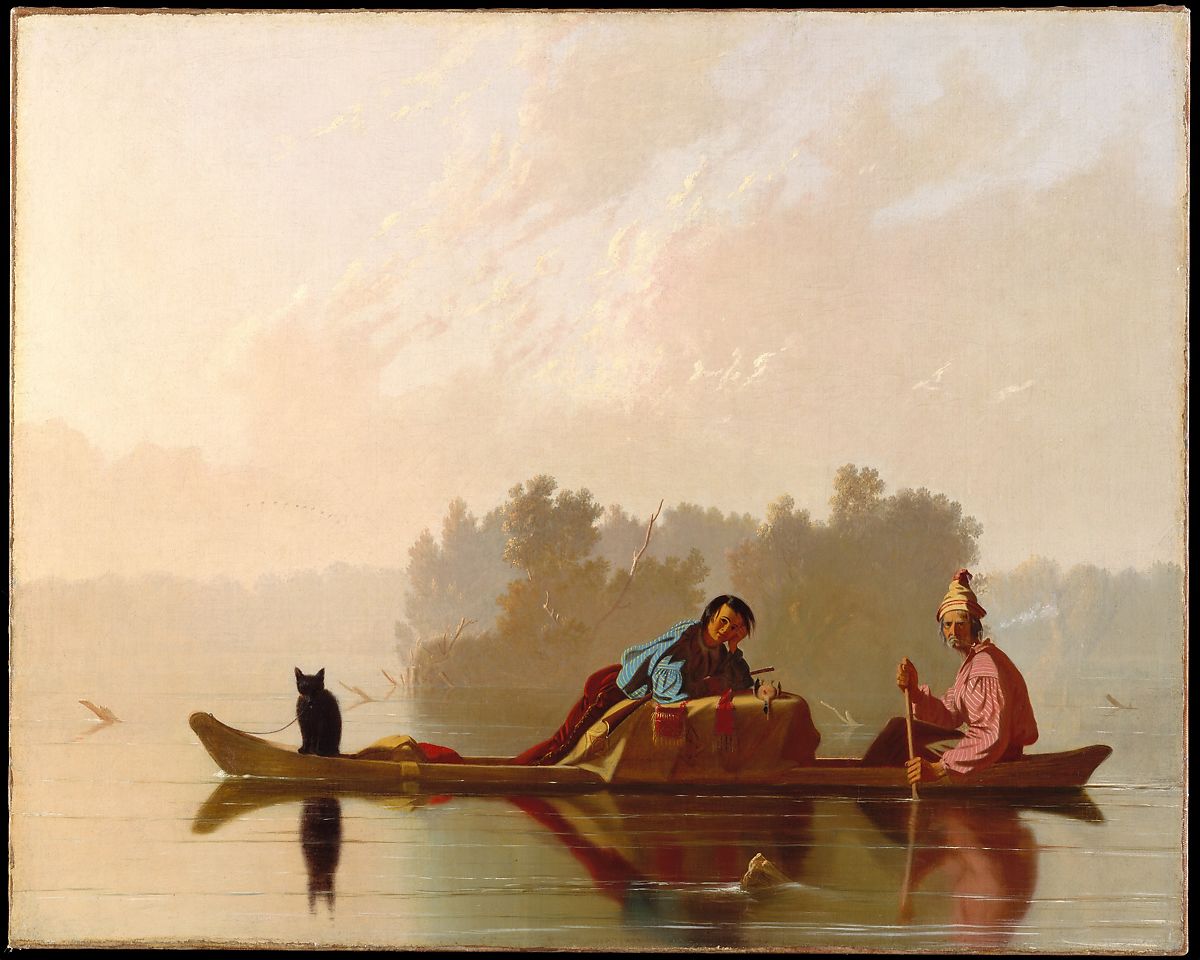 When I was a boy and I would see scary things in the news, my mother would say to me, “Look for the helpers. You will always find people who are helping.” To this day, especially in times of “disaster”, I remember my mother’s words and I am always comforted by realizing that there are still so many helpers—so many caring people in this world.

Boswell, who became a famous historian at Yale writing largely about gay issues, lived across the hall from me in college sophomore year. He was gay (back then it was kept under wraps) and died of AIDS at the age of only 47.

Those who were done for on March 20 include:

Meanwhile in Dobrzyn, Hili joins those giving us good advice in the Time of Virus:

Hili: Never lick a door knob.
A: Yes, I’ve read that viruses like them 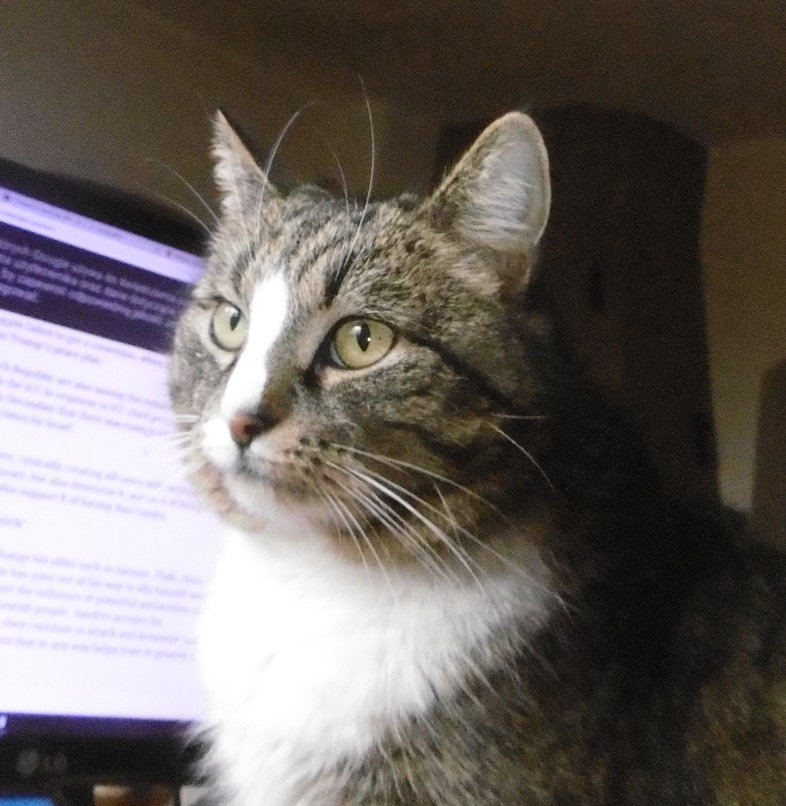 And Szaron, who’s getting increasingly tame, has a few words to say about the world:

Szaron: I will tell you: not everything is clear yet. 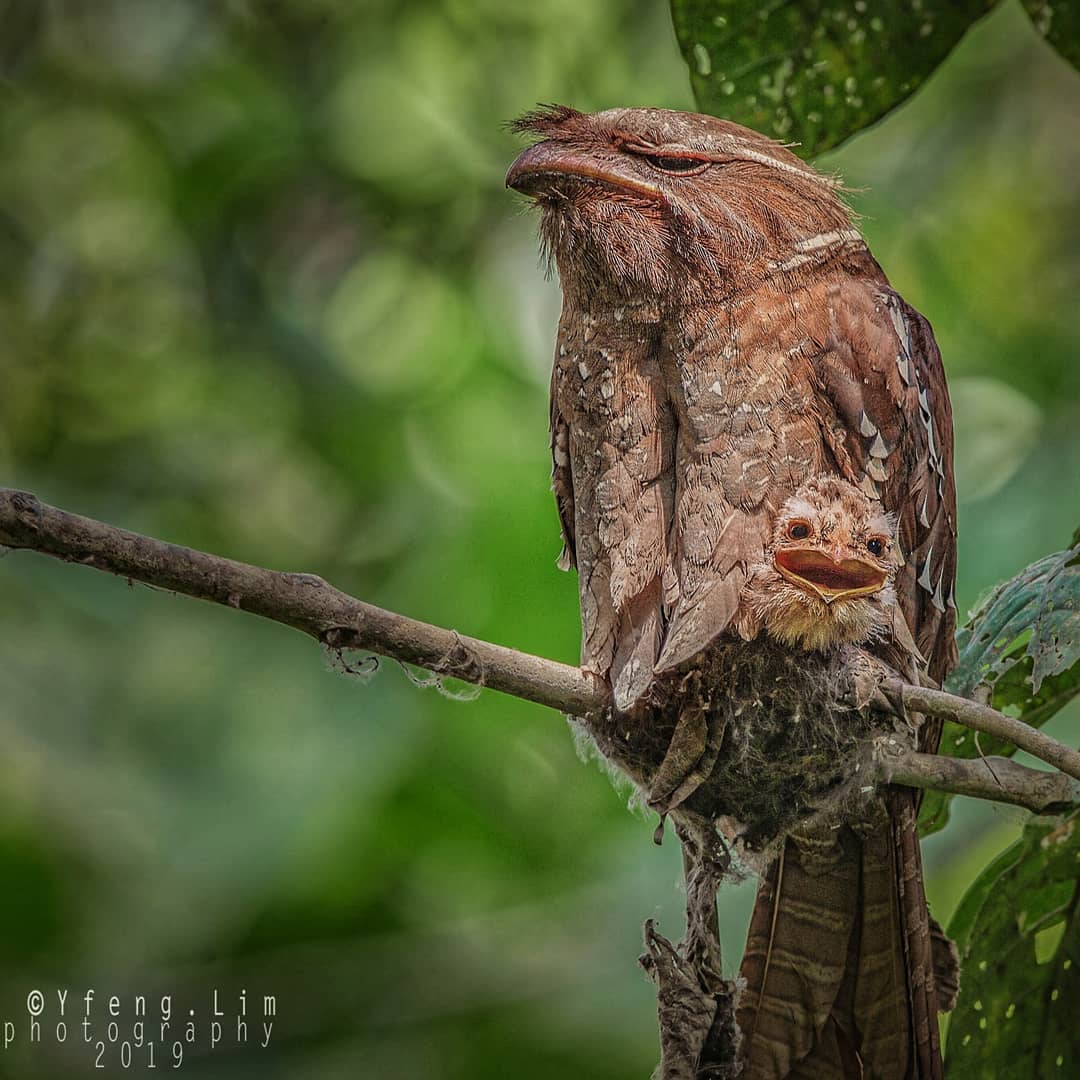 Posted by my friend Moto: 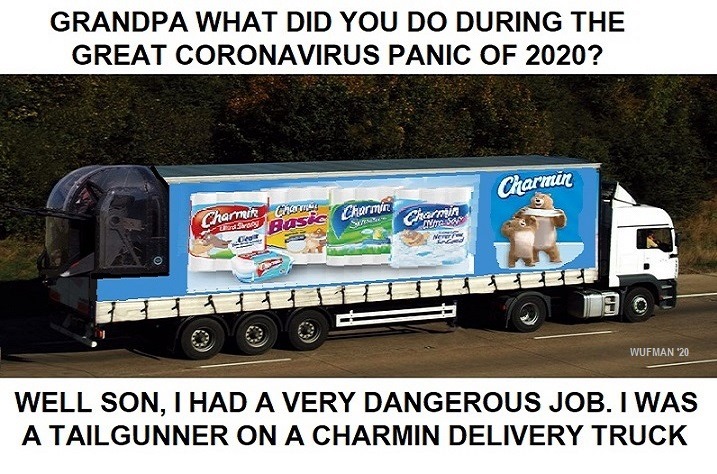 A picture from a tweet by TheWitchesHammer (h/t: Muffy) 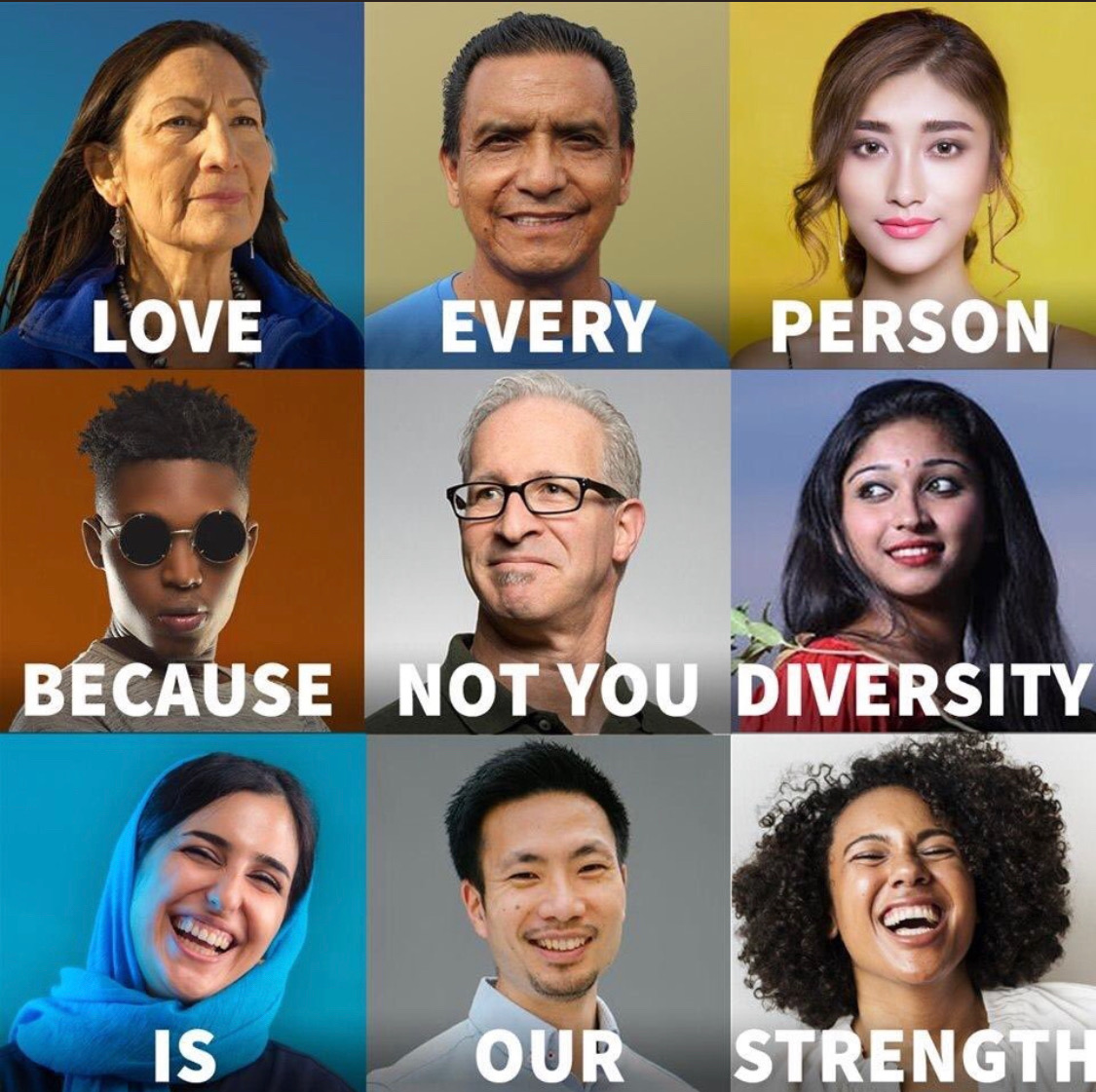 Two tweets from Heather Hastie. Mr. Lumpy the badger is a nasty piece of work, hoarding bogroll and turning up his nose at cookies:

Not only this, but a dolphin appeared in the city’s canals for the first time in 60 years:

Tweets from Matthew. The first is bittersweet, but mostly bitter (read about the Drancy lager, located just outside Paris, here).

How amazing to see this pop up this morning. It is my grandmother. https://t.co/vY6EiMWIXl

This is a lovely computer-generated image:

From the Arctic to the Antarctic and back: the world’s longest migration.

A little distraction for these times. Superb visualisation of the migration of Arctic Terns. Just incredible to think that the Arctic Terns that pass through inland reservoirs in the UK in a month's time *might* have been hanging out in the Weddell Sea just a few weeks earlier https://t.co/qlyNT7qcDR