It’s Tuesday, the cruelest day: March 17, 2020, and it’s also cruel to the American Irish, as it’s St. Patrick’s Day (the traditional date given for the saint’s death in 461 AD). But throughout the U.S., nearly all celebrations and parades are closed. Even the traditional dyeing of the Chicago River to bright green has been canceled.

As I am dispirited, posting may be lighter than normal. I don’t want to write about the pandemic, as I have nothing to say; I have no expertise, and I’m unable to predict what will happen. My only plans are to feed myself and my ducks.

As for food, it’s National “Eat Like the Irish” Day, with scare quotes that imply that there’s something wrong with eating like the Irish. And anyway, the restaurants in Illinois are closed, and isn’t this cultural appropriatio anyway? But, to honor the Irish, it’s also Corned Beef and Cabbage Day: one of my father’s favorite dishes (I prefer my corned beef on pastrami with mustard).  Finally, it’s National Submarine Day; here’s the genesis of the holiday:

On March 17, 1898, St. Patrick’s Day, Irish-born engineer John Philip Holland demonstrated a submarine he designed, the Holland VI, for the U.S. Navy Department, off the coast of Staten Island. During the demonstration, the vessel was submerged for 1 hour and 40 minutes. Holland launched the submarine the year before, on May 17, 1897, after it was built at the Crescent Shipyard in Elizabeth, New Jersey. The submarine was noteworthy for having features that would become the standard for submarines in future years. It and other of Holland’s submarines are also noteworthy for being the first to run on electric batteries when submerged, but on internal combustion engines when on the water’s surface. We celebrate the Holland and all other submarines on March 17 each year.

Stuff that happened on March 17 include:

Every year I post about this, and every year I have to give the sad story of the photo’s aftermath. The picture takes on a while different cast when you read what’s below:

Despite outward appearances, the reunion was an unhappy one for Stirm. Three days before he arrived in the United States, the same day he was released from captivity, Stirm received a Dear John letter from his wife Loretta informing him that their marriage was over. Stirm later learned that Loretta had been with other men throughout his captivity, receiving marriage proposals from three of them. In 1974, the Stirms divorced and Loretta remarried, but Lt Col Stirm was still ordered by the courts to provide her with 43% of his military retirement pay once he retired from the Air Force. Stirm was later promoted to full Colonel and retired from the Air Force in 1977.

After Burst of Joy was announced as the winner of the Pulitzer Prize, all of the family members depicted in the picture received copies. All depicted children display it prominently in their homes except for Colonel Stirm himself, who says he cannot bring himself to display the picture.

Oates, a British Captain known as “Titus”, was one of the five men who made the dash to the South Pole in Scott’s party on the Terra Nova expedition (I talk about this on my “Terra Nova and Science” lecture I gave in Antarctica). Weak and starving, and unwilling to be a burden to the three remaining men who had survived on the way back, Oates walked out of his tent into a blizzard, knowing he would die. As Scott wrote in his diary (a book found with the three frozen bodies months later): “”We knew that poor Oates was walking to his death, but though we tried to dissuade him, we knew it was the act of a brave man and an English gentleman.” Scott also wrote that as Oates left the tent he said, “I am just going outside and may be some time.” He was only 32 years old, and his body was never found. Some day a glacier will expel it at the edge of the ice shelf. 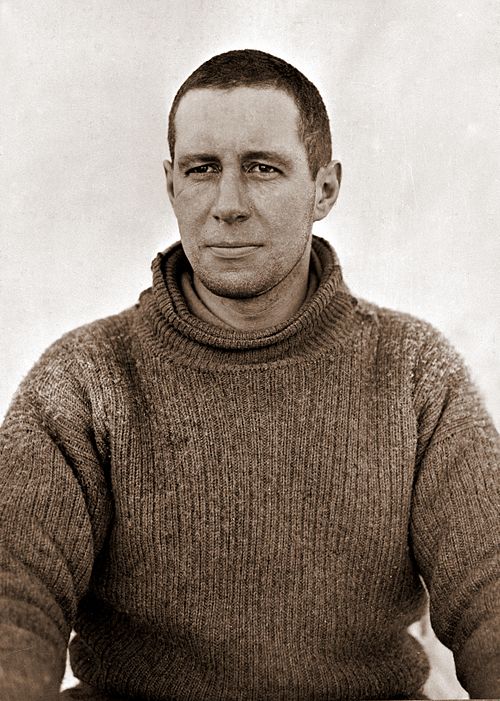 Boyd, as you may know, was married to George Harrison and then divorced him to marry Eric Clapton. She is the subject of this Derek and the Dominoes song, which I still consider the best of all rock songs except for the slow second bit. The solo that starts at 2:56 is pure vintage Clapton—a treat for the ears. You can stop listening at 4:00, when the slow bit begins. (Yes, yes, I know that at least one reader will say that the slow part is the best, or an integral part of the whole.)

Those who croaked on March 17 include.

Meanwhile in Dobrzyn, Hili has her priorities right:

Hili: Friendship is important but don’t forget to fill up the refrigerator.
A: I understand your concern. 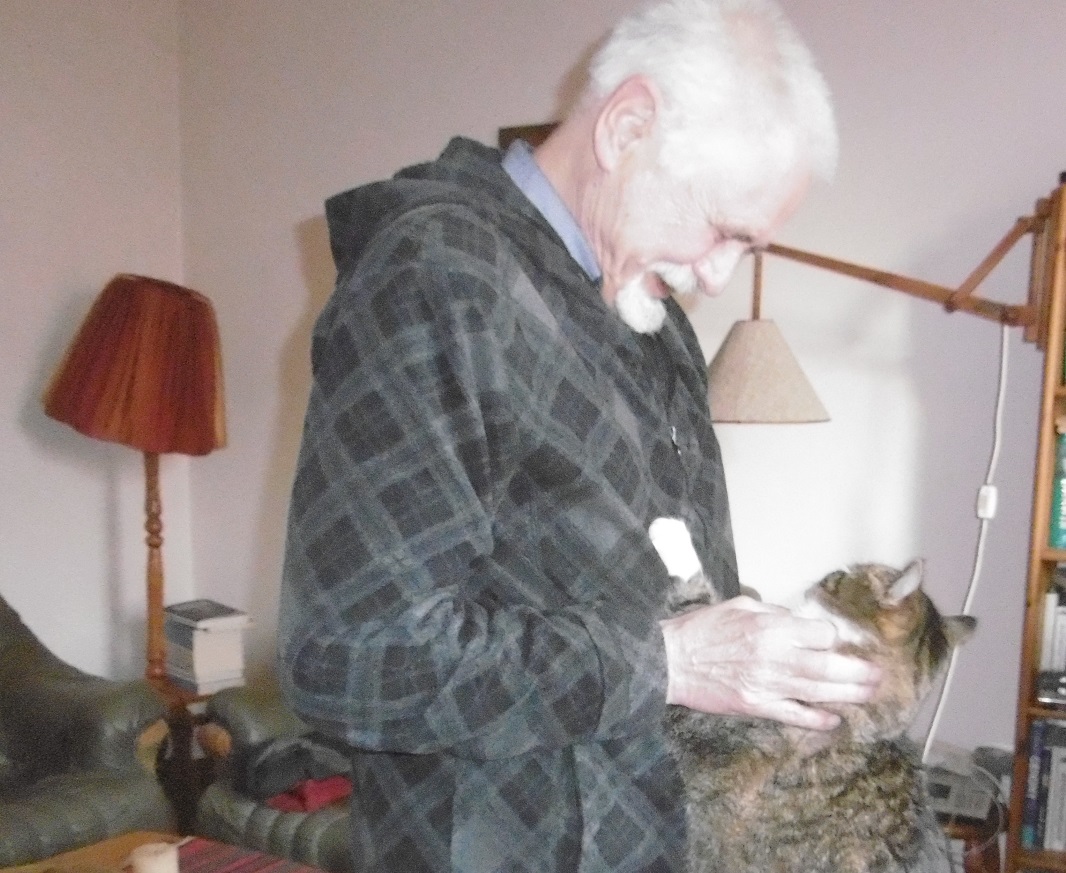 A great cartoon from Jesus of the Day: 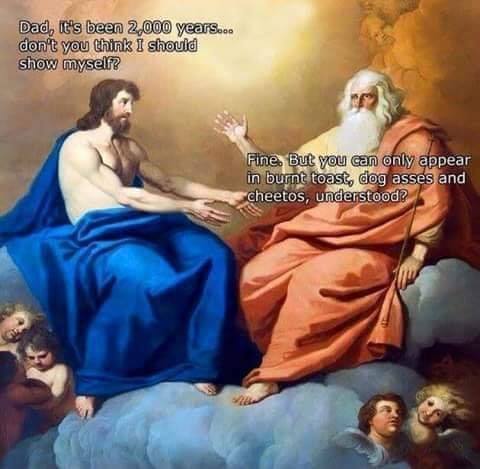 From reader Bruce. (How many Beasts with Two Backs were incited by back rubs?). 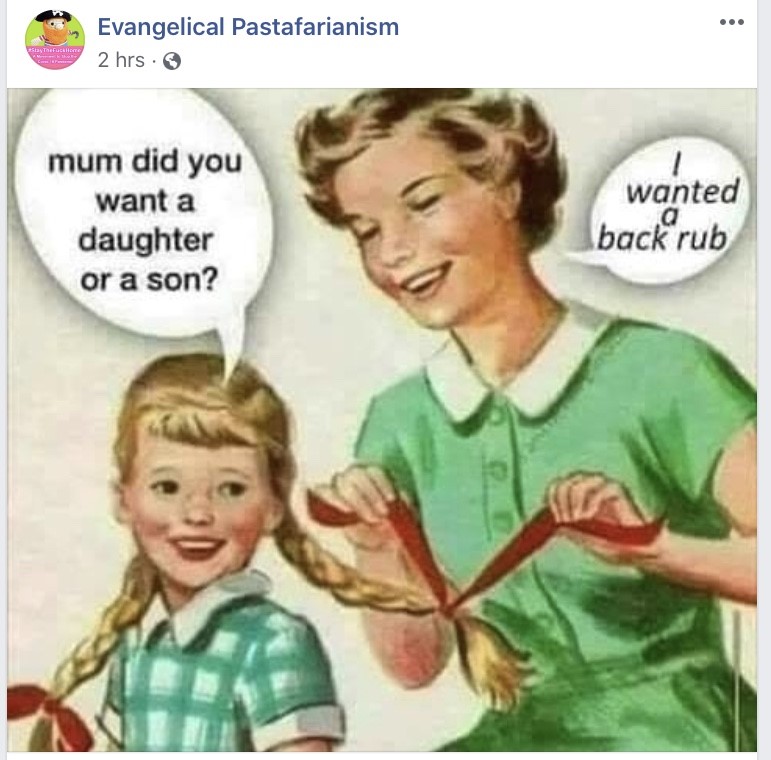 From Wild and Wonderful: “A Mosquito’s foot at 800X magnification”: 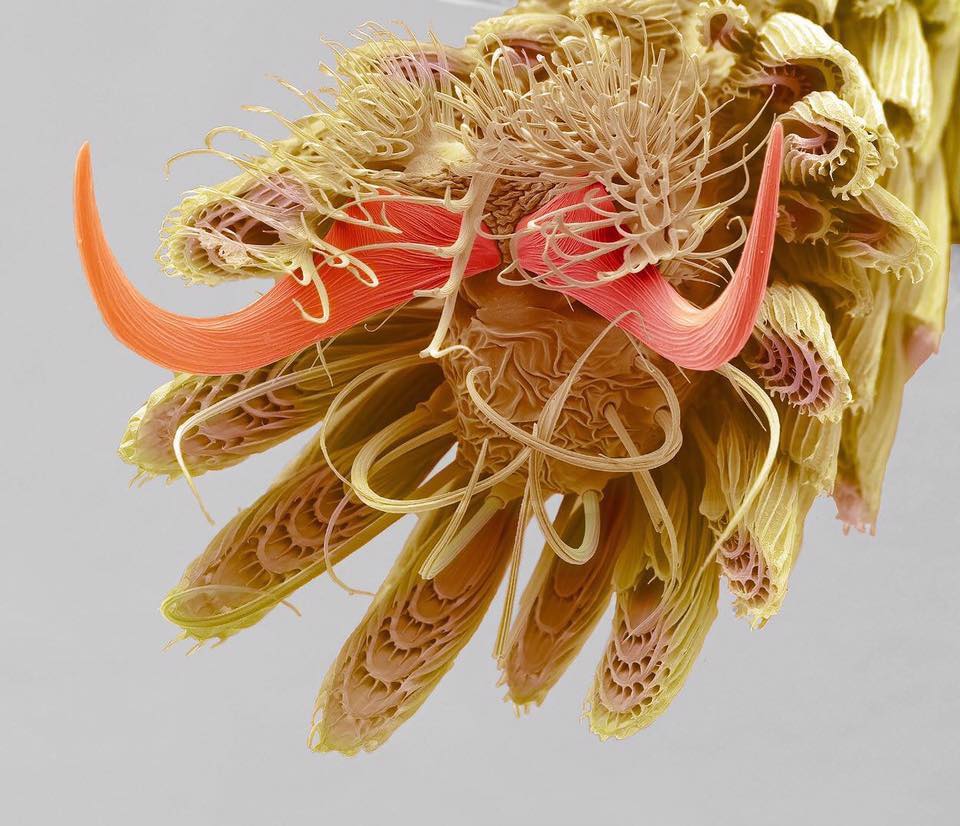 Godfrey Elfwick, the male equivalent of Titania McGrath, has a spoofy and woke new article at The Spectator:

"The usual lack of consideration towards nonbinary people and how a pandemic of this scale might affect their already difficult lives is striking," writes Godfrey Elfwickhttps://t.co/i6EpgORNsb

From reader Barry. Arnold is back, along with Whiskey and Lulu.

Stay at home as much as possible. Listen to the experts, ignore the morons (foreheads). We will get through this together. pic.twitter.com/FRg41QehuB

Tweets from Matthew. Greg Mayer told me about this penguin walk yesterday, adding that he heard that some of the fish behaved weirdly, as if they knew something other than humans were looking at them.

Since the Shedd Aquarium is empty, the trainers took the penguins for a tour pic.twitter.com/KB7r3jJ4lW

Me: trying to watch a press conference on COVID-19

I suspect we’re going to have a lot of virus-related tweets in the next few days. Here’s a bored guy playing tic-tac-toe with his cat. The cat will always lose, and it doesn’t like it. You’ll have to watch the video by clicking through to Twitter.

The cat is a sore loser!

This is for the healthcare workers on the frontlines — the Sarabande from Bach’s Cello Suite No. 3. Your ability to balance human connection and scientific truth in service of us all gives me hope. #songsofcomfort pic.twitter.com/s9e35RW03N

This happened to me once after lecturing; I headed to the bathroom after lecture and forgot to remove my mike or turn it off. Fortunately, I met someone and chatted with them for a minute, and someone in the lecture hall, hearing me talk over the PA, came out and told me.

But this poor schlub will be tarred forever!

During a Coronavirus update/meeting this Mayor excused himself to the restroom but forgot to turn off his microphone — and I am now dead…🤭🤣😭💀💀 pic.twitter.com/WZ18JQq7cO

And something to cheer us all up: